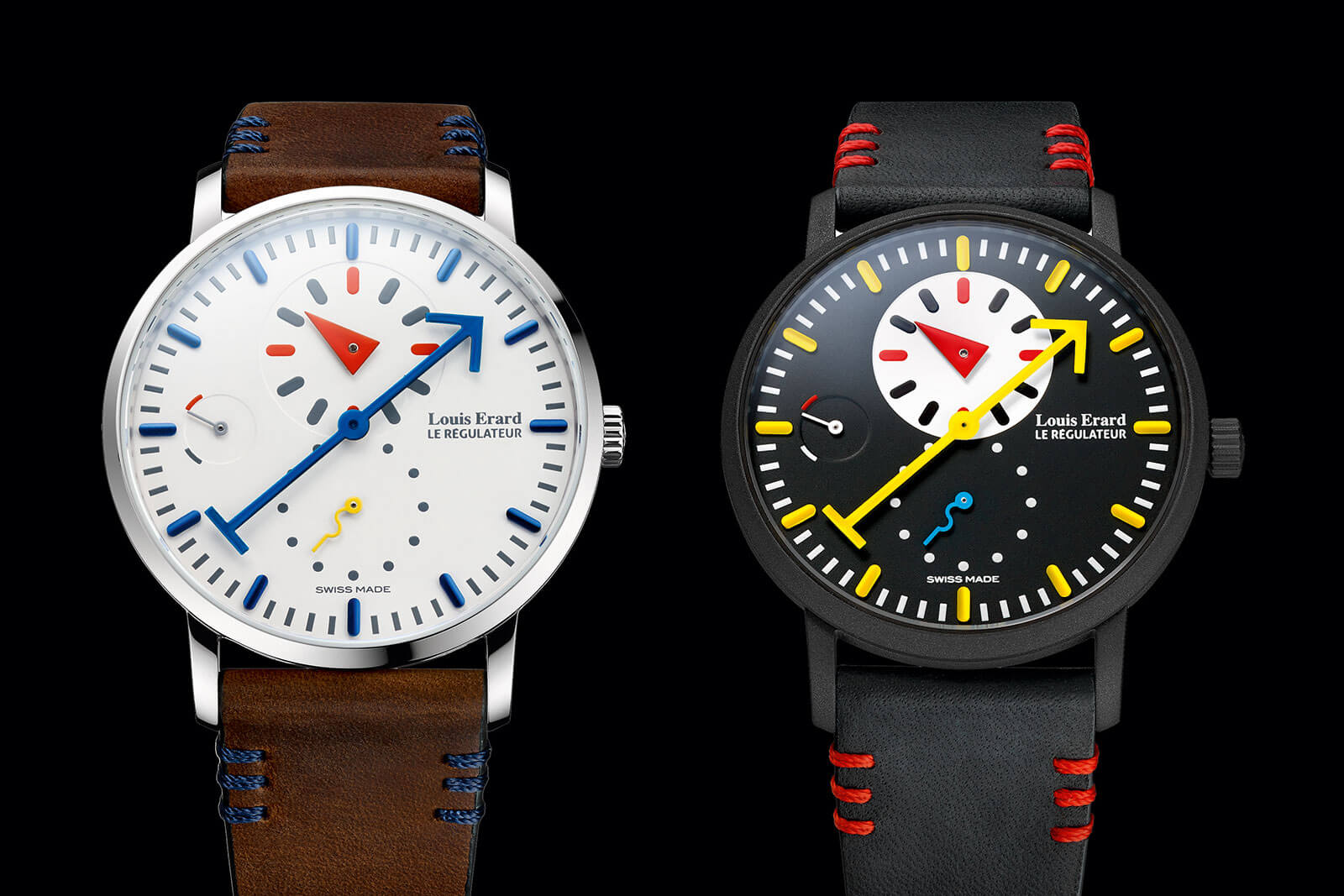 You might have heard the term ‘regulator’ being thrown about a few times before; there are enough watchmakers building them that it’s not impossible. What you might not know is precisely what one is, given that it’s very rarely actually explained.

A regulator is a reference watch. It’s the timepiece that, back when they were a practical necessity, one would use to set all one’s other watches against, the master clock as it were. They were very particular in that a regulator has hours, minutes and seconds separated from one another to make that referencing that much easier.

It’s why every regulator has a central minutes and a subdial each for hours and seconds; it’s also why they tend to be pretty minimal in style. They were built for functionality rather than prettiness. More importantly however, the necessary precision with which they’re built has made regulators synonymous with horological excellence.

It makes sense that Louis Erard, in looking for a way to elevate its name to new heights, has made the regulator its flagship.

Previously Louis Erard has been known for affordable, value propositions. There’s nothing wrong with that of course, especially when you compare what you get with a Louis Erard to some of the bigger names in watchmaking. Yet it also wasn’t everything the brand could do – hence the refocusing on an icon of true horology, the regulator.

That said, the regulator as a format can be a little uninspired. How then do you elevate it above and beyond the handful of others out there? By enlisting some of the most important designers in the watch world – starting with Mr Eric Giroud. Even if you don’t know his name you’ll recognise some of Giroud’s designs. They include the likes of MB&F, RJ and Rebellion to name just a few. He even designs two of the phenomenal Harry Winston Opus pieces – 9 and 11. Subtlety hasn’t generally been his game.

Here however, he’s toned down his usual intense watchmaking for a more restrained, beautiful take on the regulator. In a design sense, it’s the purist take on a regulator, with everything in its proper place and simple silver rings against a stunning ivory, black or blue dial. That all said, Louis Erard’s second partnership is not so minimal.

Where Giroud went for classical elegance, Alain Silberstein has gone for a more poppy, colourful approach to his regulator. Taking inspiration from train station clocks – among the first regulators – and bright, geometric shapes, there’s a lot going on here.

An oversized central minute hand – bright yellow on the black version, blue on the white – dominates the dial, while the hours are picked out with a bold red triangle on its own white subdial. The minutes at six o’clock use yet another type of hand, a serpentine squiggle in blue or yellow.

The difference is more than Silberstein taking advantage of his creative carte blanche – the first time Louis Erard has given a designer this much freedom in one of its watches. It makes each visually distinct from one another, a colourful, playful way of doing what a regulator needs to do.

Both Giroud and Silberstein are fantastic designers who have given their own unique twists to the classic regulator, but this is just the start. Louis Erard is bringing the regulator back in a big way and showing off precisely what it can do at the same time. This won’t be the last collaboration we see this year. In short, watch this space.