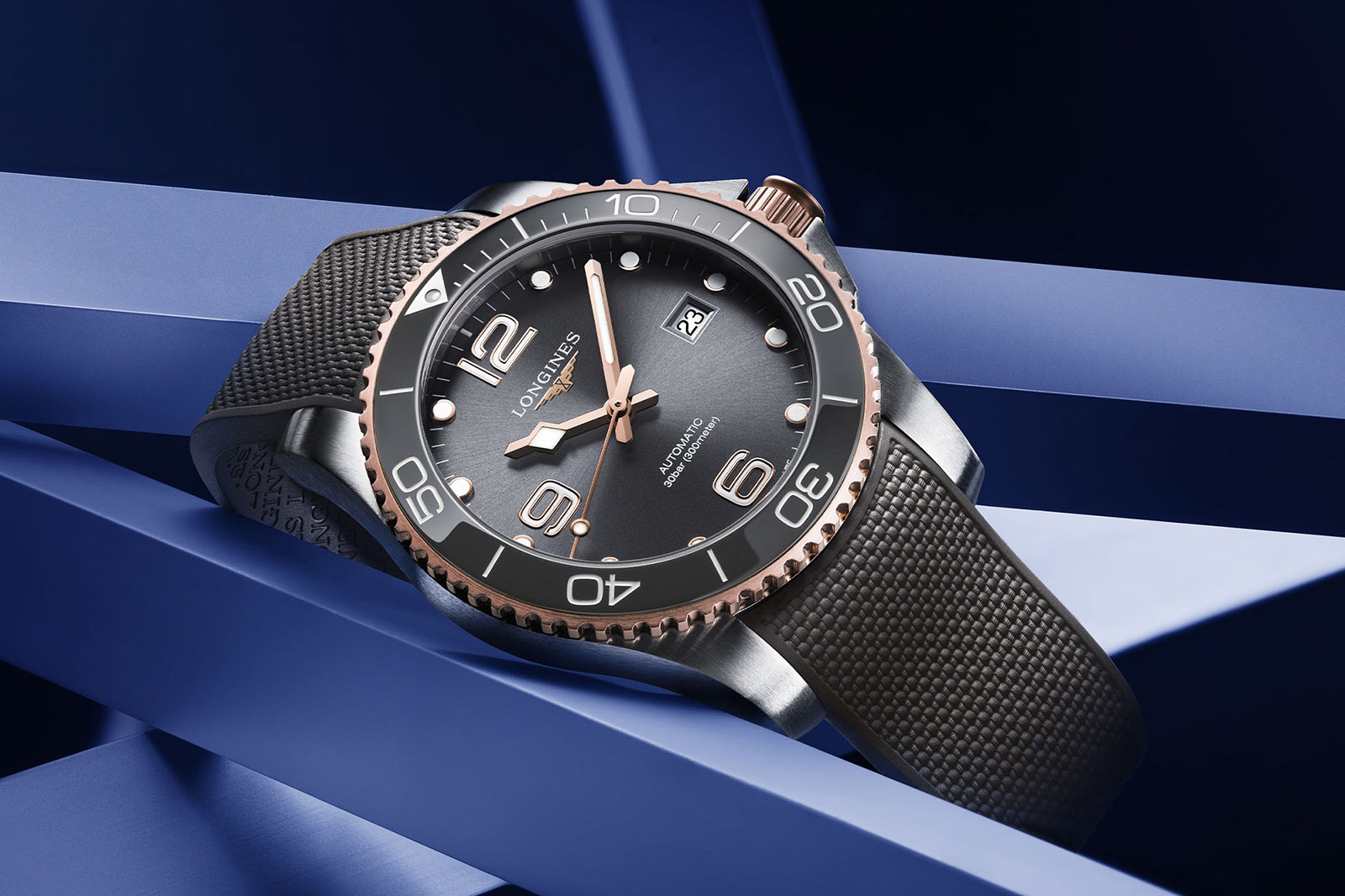 Perhaps I take it for granted that Longines has one of the richest histories of any watchmaker out there – after all, one of the first watches I ever remember was my grandad’s 1920s(ish) rectangular Longines dress watch. I’ve mentioned them in the same breath as Rolex and Omega to non-collectors to nonplussed confusion, but I’d argue that they do have the heritage to match.

Not only did they create some of the most important chronograph movements ever, including the 13ZN – which some might say is up there with the El Primero – but as their phenomenal Heritage Collection has shown, there’s not a realm of watchmaking they haven’t dabbled in, to some degree of excellence. 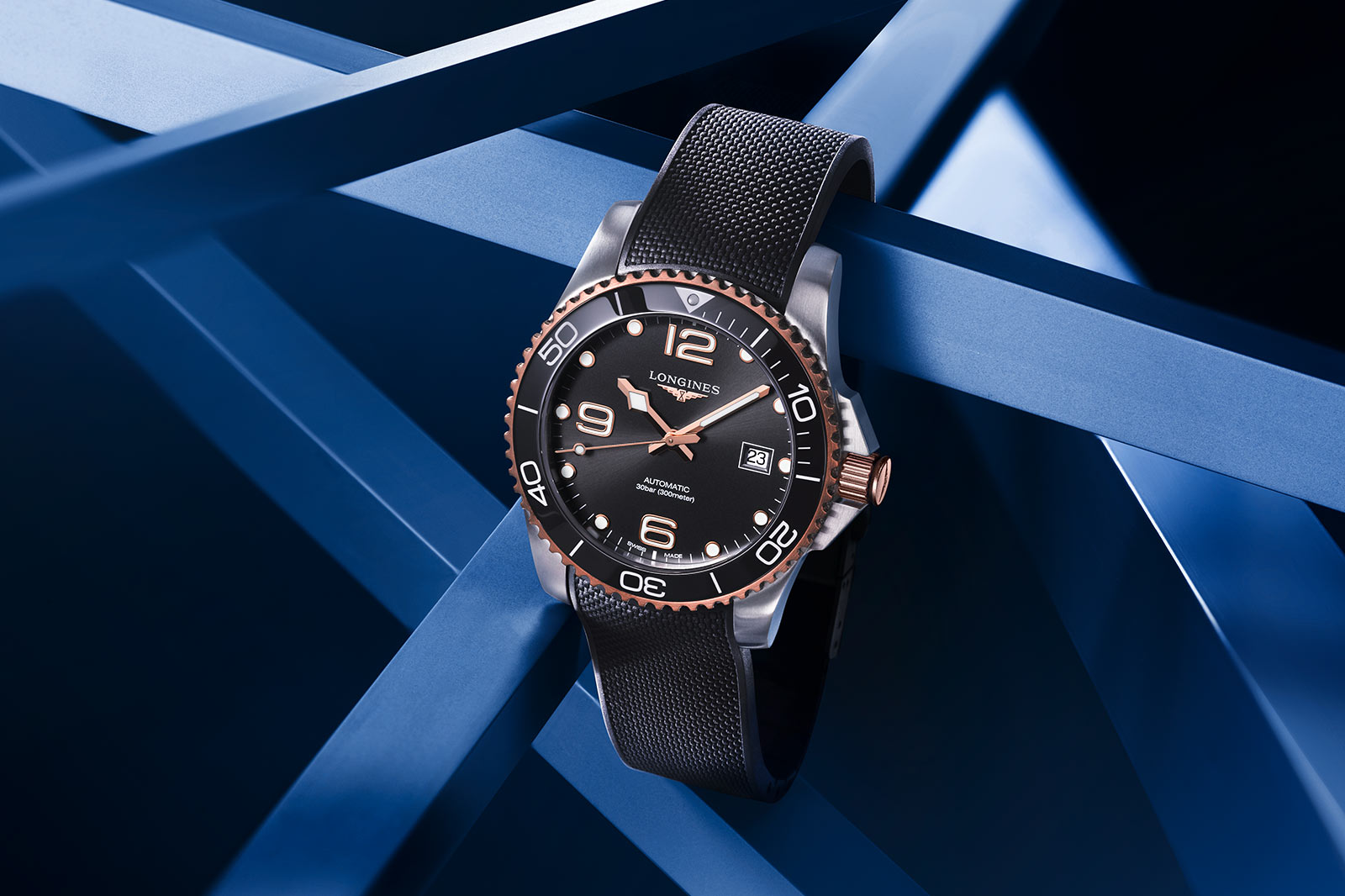 As Matthias Breschan, newly-incumbent CEO of Longines puts it, “we have an extensive archive dating back to the first years of the company on every serial numbered piece the brand has ever produced. We can look back and see technical information about these pieces as well as the countries they were headed. Looking back at our historical product, gives us inspiration for technological advances and what can be updated for today’s needs.” That includes diving.

Back in 2019, Longines introduce a good cross-section of collectors to their diving heritage for the first time with their modern recreation of the watch world’s second most famous Nautilus: the Longines Nautilus Skin Diver. Developed in the golden age of underwater exploration, it was a big watch at 40mm and had a (for the time) an impressive 150m water resistance thanks to its crown sealing tech. 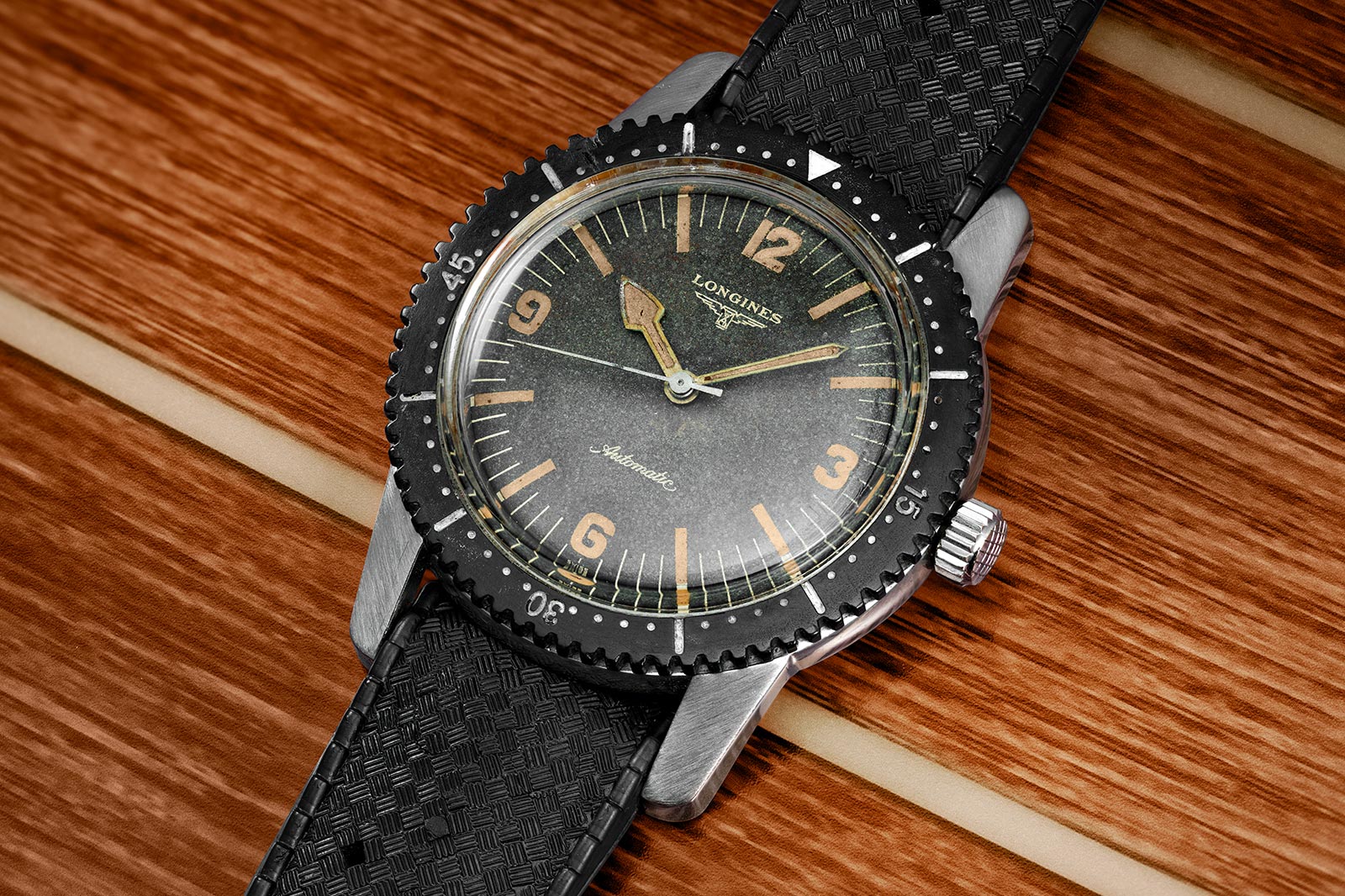 A lot has changed in the decades since and, while Longines does well by their Heritage Collection – including that re-issued Skin Diver – no modern brand can survive on their archives alone, no matter what last year’s crop of retro releases tells you. In fact, while you’ll likely have seen more press around their archival releases, Longines’ modern diver has been a quiet hit for the watchmaker.

According to Matthias, “the HydroConquest collection, especially in the UK is very popular” and on paper it makes for a very appealing option. For round about 1K you get a seriously rugged watch with 300m water resistance, a relatively stripped back tool watch vibe and a decent movement – the L888 calibre, a riff on the ETA A31.L02. 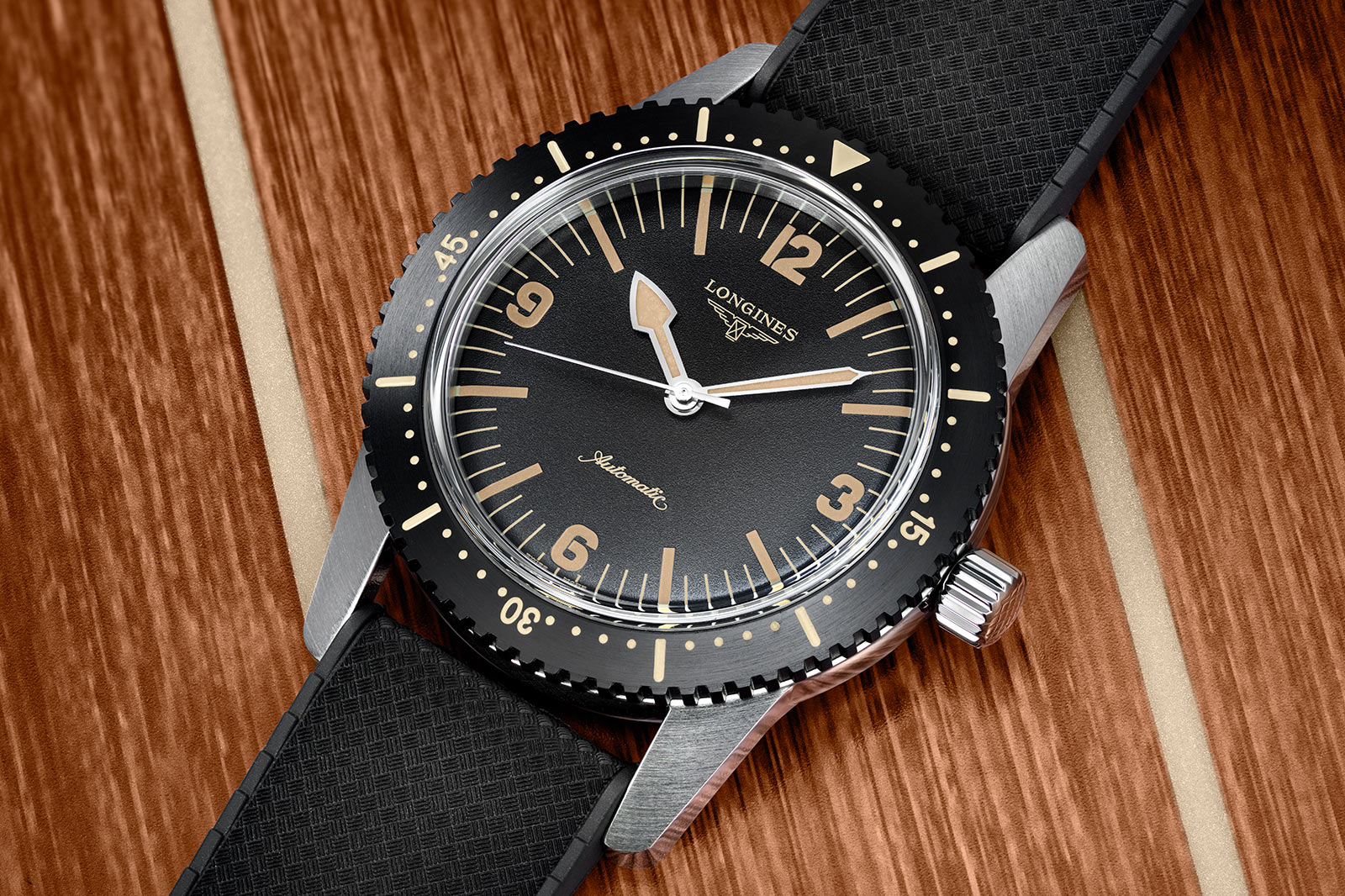 Consider the Skin Diver “updated for today’s needs.” It’s basically the underwater equivalent of Longines’ aviation-slanted Spirit collection and has about the same sort of personality, less of a tool watch more of a timepiece for guys who like to appear like they’re sporty.

“Even though wearing a HydroConquest model does not make you a professional diver, it displays a sporty and dynamic image,” says Matthias. “Wearing a Longines timepiece gives a clear message: my watch has a story to tell, and so do I.”

In short, if the Skin Diver was a pioneering Jacques Cousteau, the HydroConquest is the guy that scuba dives on holiday. They both need equipment that’ll do the job and do it well, it’s just a case of specialisation. Which is why it’s not too big a surprise to see that the latest additions to Longines’ HydroConquest collection are in bicolour. 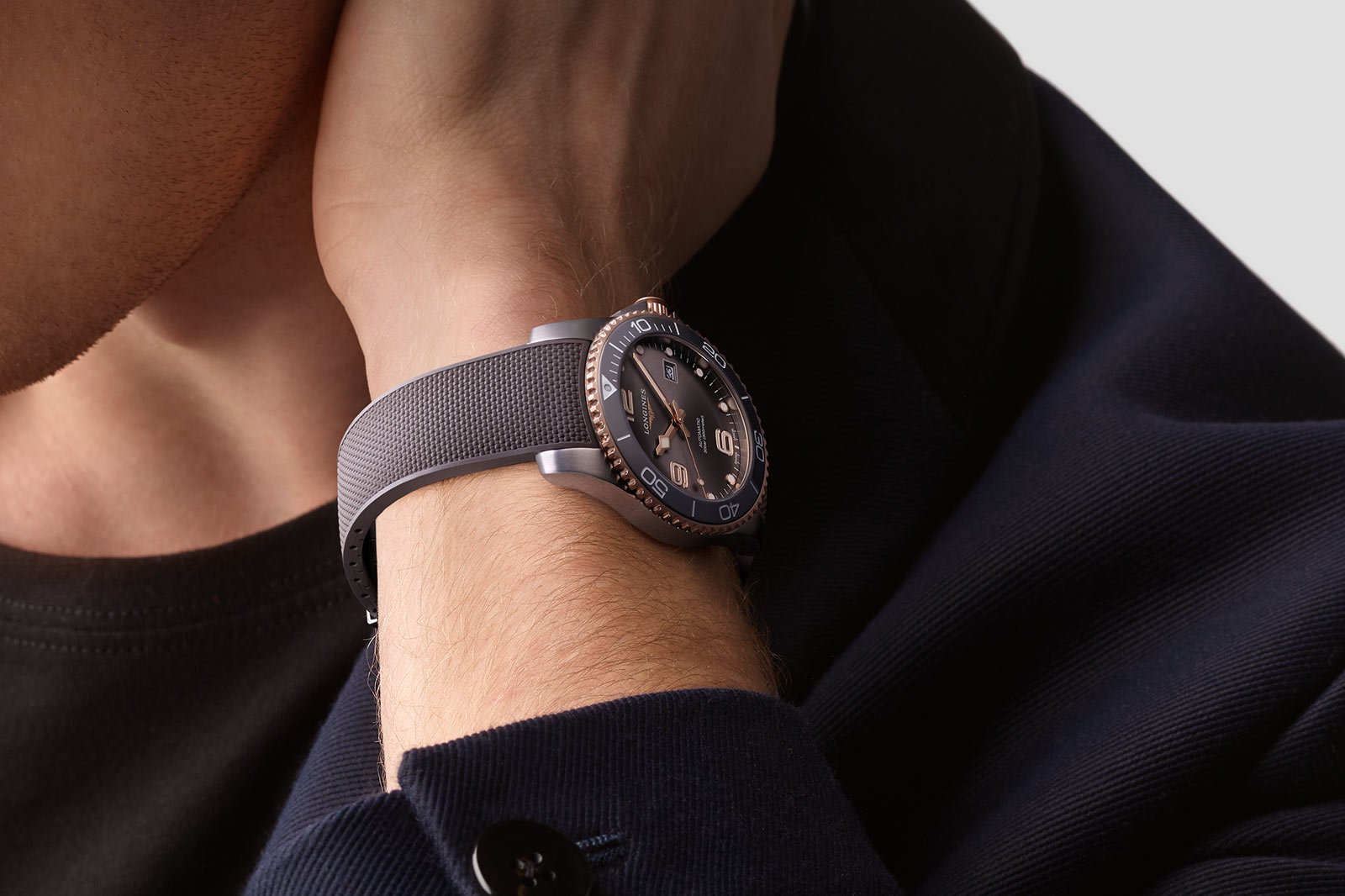 More and more brands have been taking bicolour out for a spin over the past few years, it being shorthand for sixties and seventies retro. Now, while there’s always the question of whether gold belongs on a diving watch. I’m in the camp that if you’re actually going to use it for diving no, but that only a fraction of owners ever will. It all depends, in the end, how you want it to look.

“This depends a lot on personal taste and of course,” adds Matthias, “what you are planning to wear the watch for. If you plan to wear this as a casual piece, you might prefer the stainless steel models, but if you love the style and plan to wear for a more formal occasion, the bi colour might suit your needs better. Everyone has its own way to express elegance.” 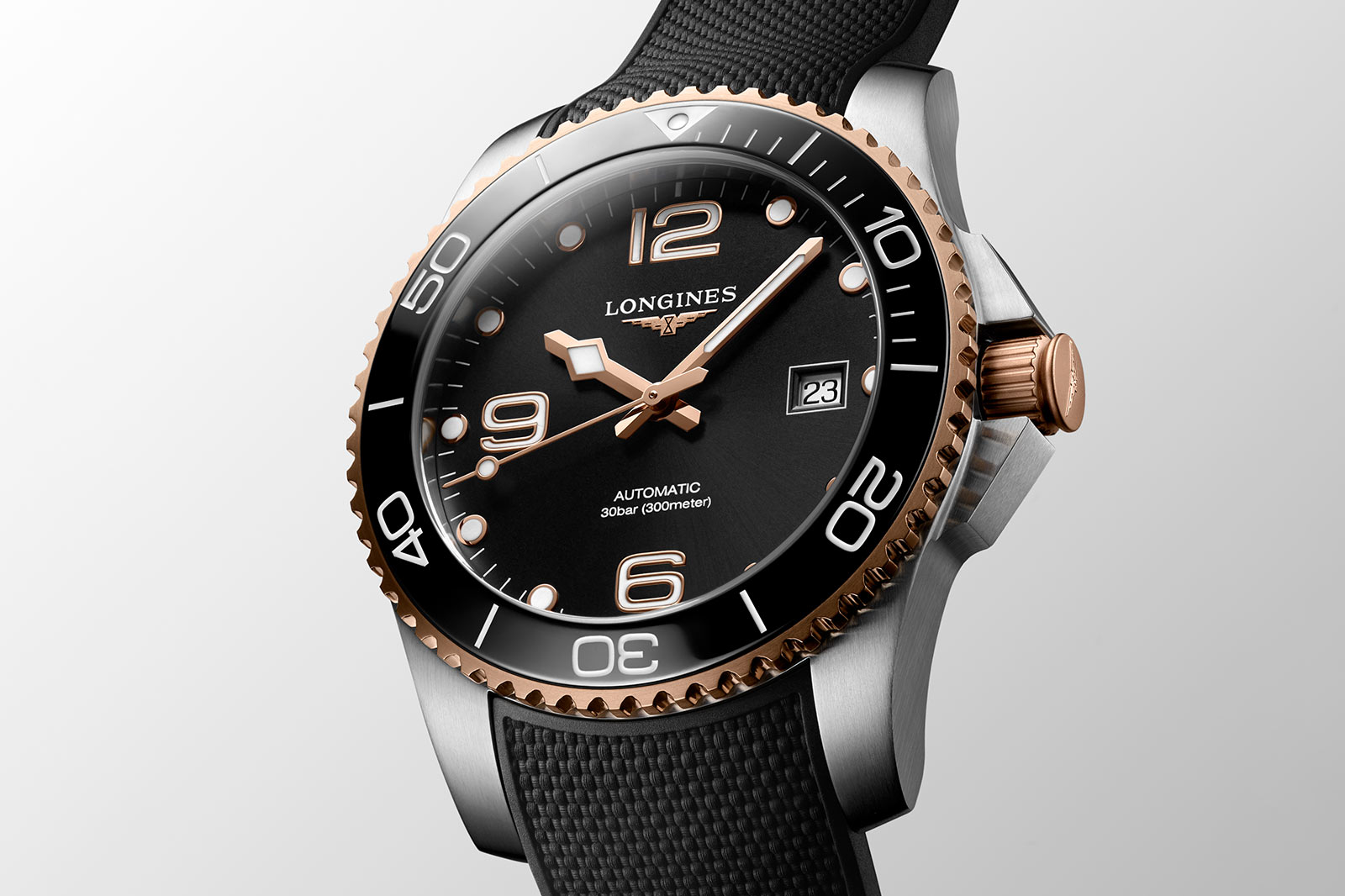 Matthias may be relatively new at the head of Longines, but he has the company line down pat. Yet allusions to ‘elegance is an attitude’ aside, it ties one of Longines’ most popular lines in with the ever growing trend for retro touches, which is great provided that it doesn’t impact the way it works. Fortunately, it doesn’t, though I have mixed feelings about why.

Whether for practical purposes or accessibility’s sake, the gold here is PVD rather than actual precious metal. Normally I’d balk at that, but in a diving watch it makes sense. You don’t want the soft metal getting damaged underwater but you want to keep the look and contrast of the rose gold. I’m not saying it’s the perfect solution – that would be to spend millions creating a new, hardwearing alloy and there’s enough of that going on already – but for Longines’ price range it fits.

Now, I’m not about to say that everyone with a Seamaster 300m or Submariner on their wish list should rush out and get a handful of HydroConquests instead. It will hold you in good stead for sure and it’s a decent looking watch, but it’s not prestigious in nearly the same way.

Instead, it’s just worth remembering that far from being just another dive watch in a sea of many, the HydroConquest comes from a serious pedigree. And hey, if that’s not what matters to you, it’s still one of the best damn value divers out there.