Why You Should Know About the Comet, Longines’ Best Unknown Vintage Wristwatch - Oracle Time 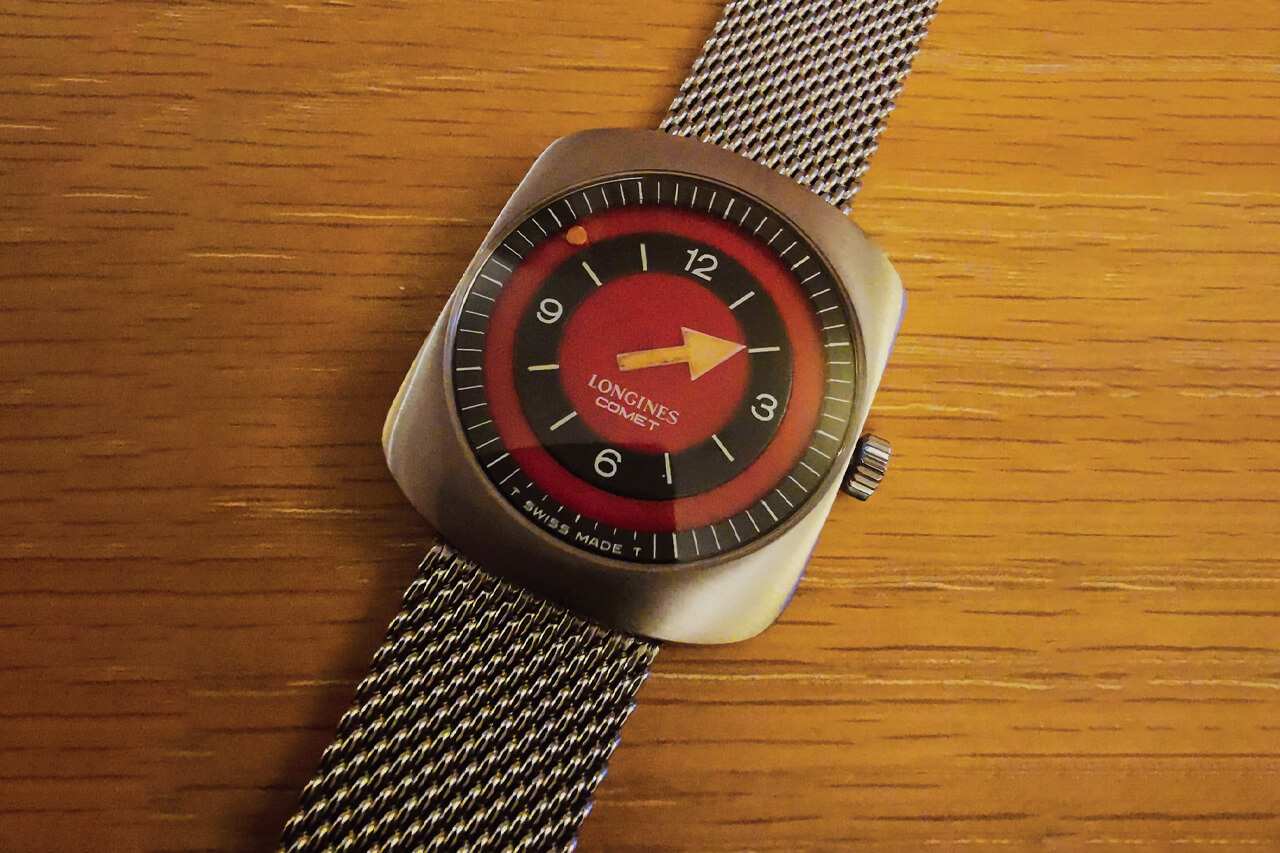 Mystery dials are a bit of an anomaly. Other than Cartier’s obsession with them (and the occasional Maurice Lacroix) they’re a pretty rare form of watchmaking, designed to hide exactly how they work. The concept is usually that hands are mounted in a way that makes them seem to float, the ‘mystery’ being how that’s been made possible.

The bigger mystery of the Longines Comet however is why so few collectors need it in their collections as much as I do. The piece was released in 1970, and between its now retro cushion case and a few brightly coloured dials (along with this red there was an incredibly eye-catching yellow version), it hit the nail on the head. It was also a lot more complicated than its funky aesthetic would at first suggest. 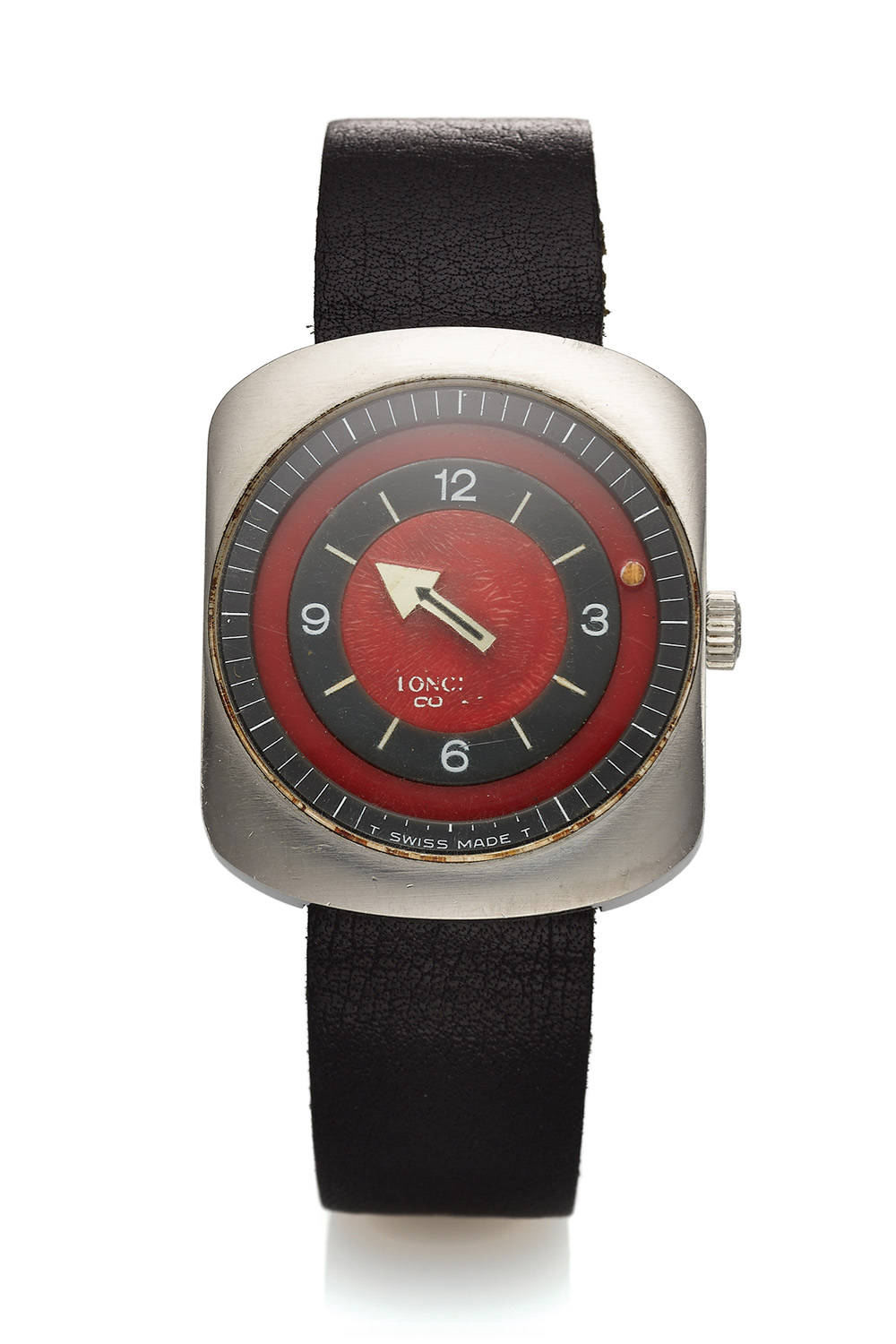 Hours were told via a broad arrow central hand, while an orbiting dot (the titular Comet) indicated the minutes. They were mounted on the alternating coloured discs between the hour and minute tracks, hence the floating appearance, all set in a then decently sized 40mm steel cushion case. The movement inside is the Longines 702, back when they were making movements outside of Swatch Group, their golden era. The movement itself is a basic in-house calibre, but one that’s had a few extra wheels added to it to get those discs revolving. Otherwise, it’s reliable and, thankfully, relatively easy to service. 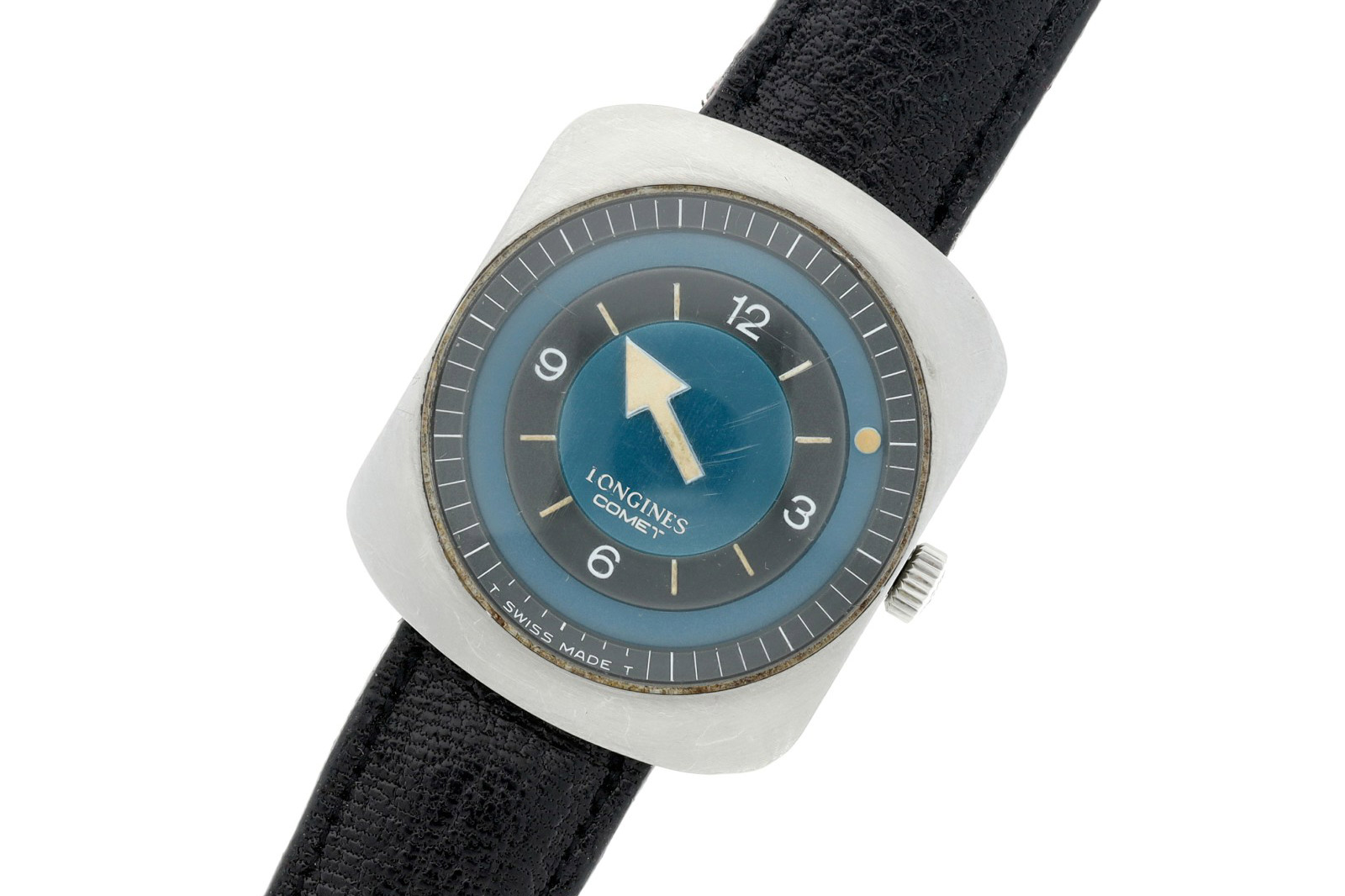 It has its quirks of course. The discs can rattle – it’s not an issue with the watch as much as it is the overall concept – but otherwise, the Comet is among the coolest pieces from the 1970s. Well, at least that Gerald Genta never went near, inspired or was even brought up in a design meeting around.

Perhaps more importantly, it’s one of the most accessible pieces of that era that’s still worth getting your hands on. You can nab an original 1970 model for well under £1,500 and expect it to be in good condition. 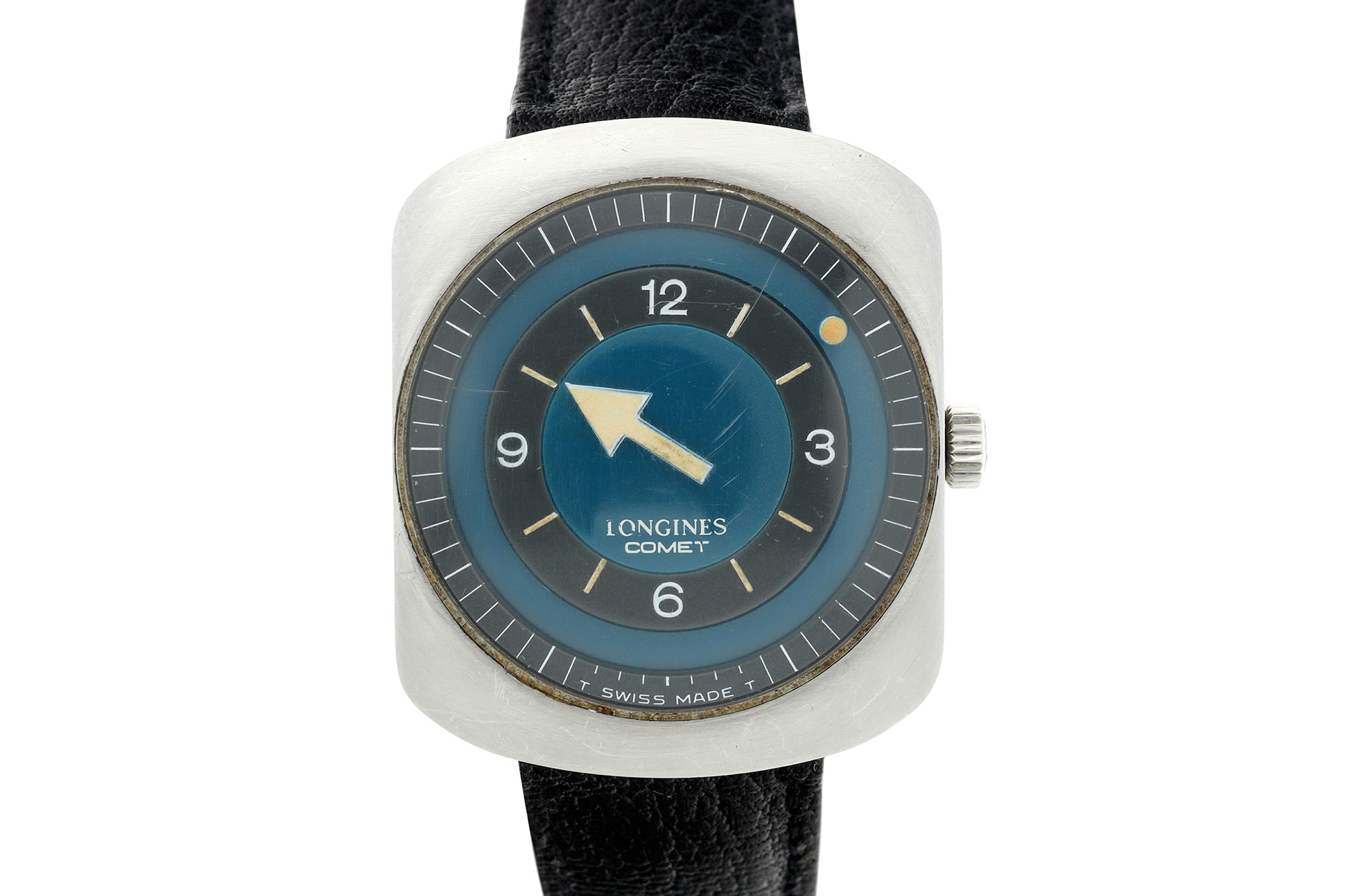 Sure, it’s a little of its time, but these days ‘retro’ is like gold dust among watchmakers and any a collectors’ tastes (mine included) are getting a little more eccentric. If there’s one watch worth more for sheer style and quirk than it’s currently going for, it’s the Longines Comet. And if they ever add it to their Heritage collection, it may just be a solid investment, too.

New artworks immortalise Ollech & Wajs’ impressive back catalogue in a celebration of the brand’s...

A high-frequency movement and professional diving credentials all wrapped up in a perfect retro...