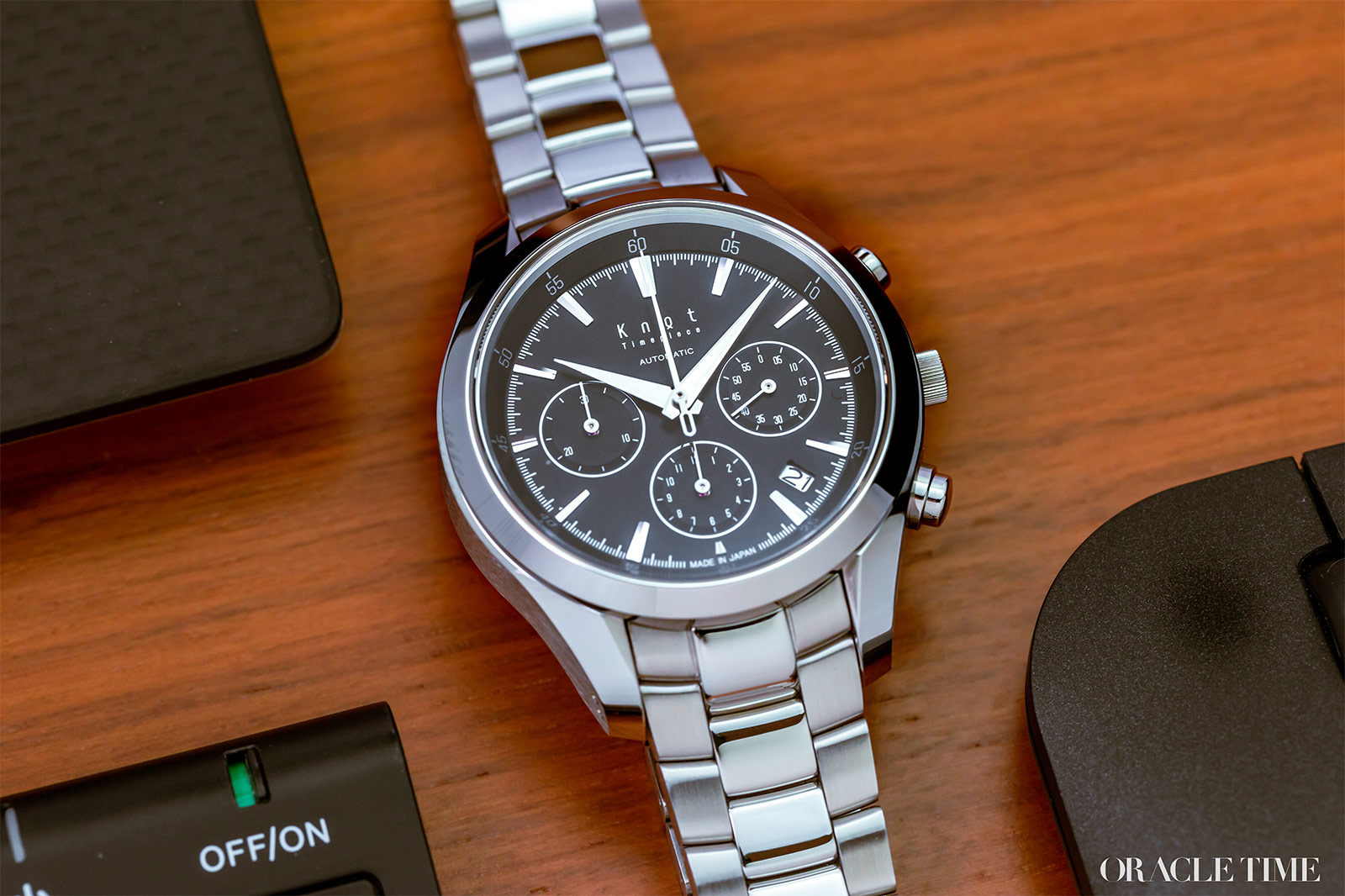 It’s no secret that Japanese watchmaking is in its ascendency. Not that it’s been particularly quiet over the years mind you, with the horological giant of Seiko – and with it Grand Seiko and Credor – and Citizen Group. These days though with the likes of Minase and Kurono, it’s not just the big boys playing at that very specific slant on traditional watchmaking – and one of the most recent players to take to the field is Knot Designs with watches like the ATC-40 Chronograph.

Technically, the brand’s name is Maker’s Watch Knot, but given how much better Knot Designs sounds in translation, we’re going to stick to that. Especially because you’ll probably be hearing it a lot more in the future.

The concept behind the brand is relatively straightforward: bringing Japanese crafts to the wider world in an independent, accessible bit of wristwear. Now, accessibility is nothing new to Japanese watchmaking; the aforementioned Seiko and Citizen are global masters of that particular branch of the craft. But to attempt the same feat independently is an entirely different matter. 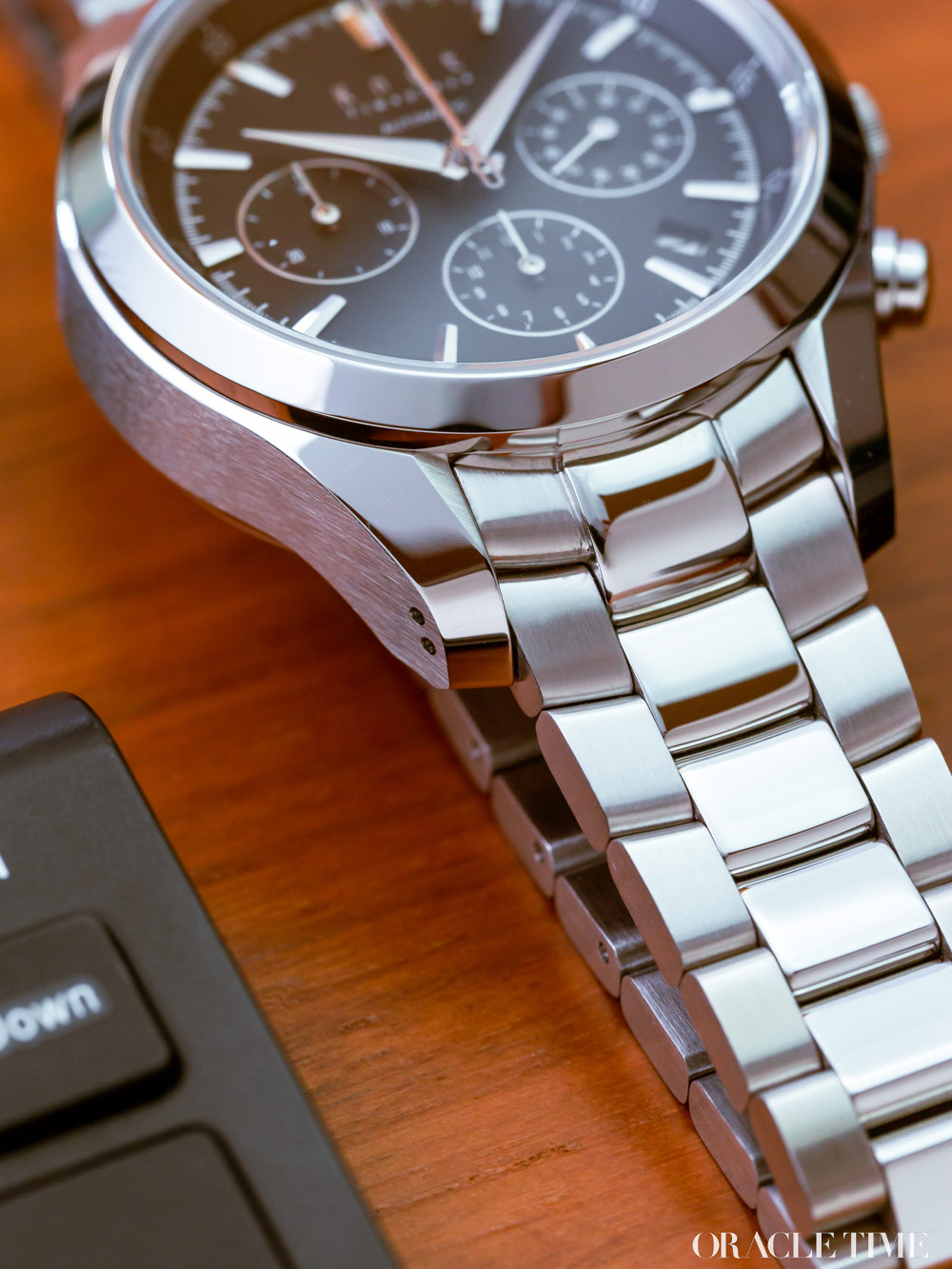 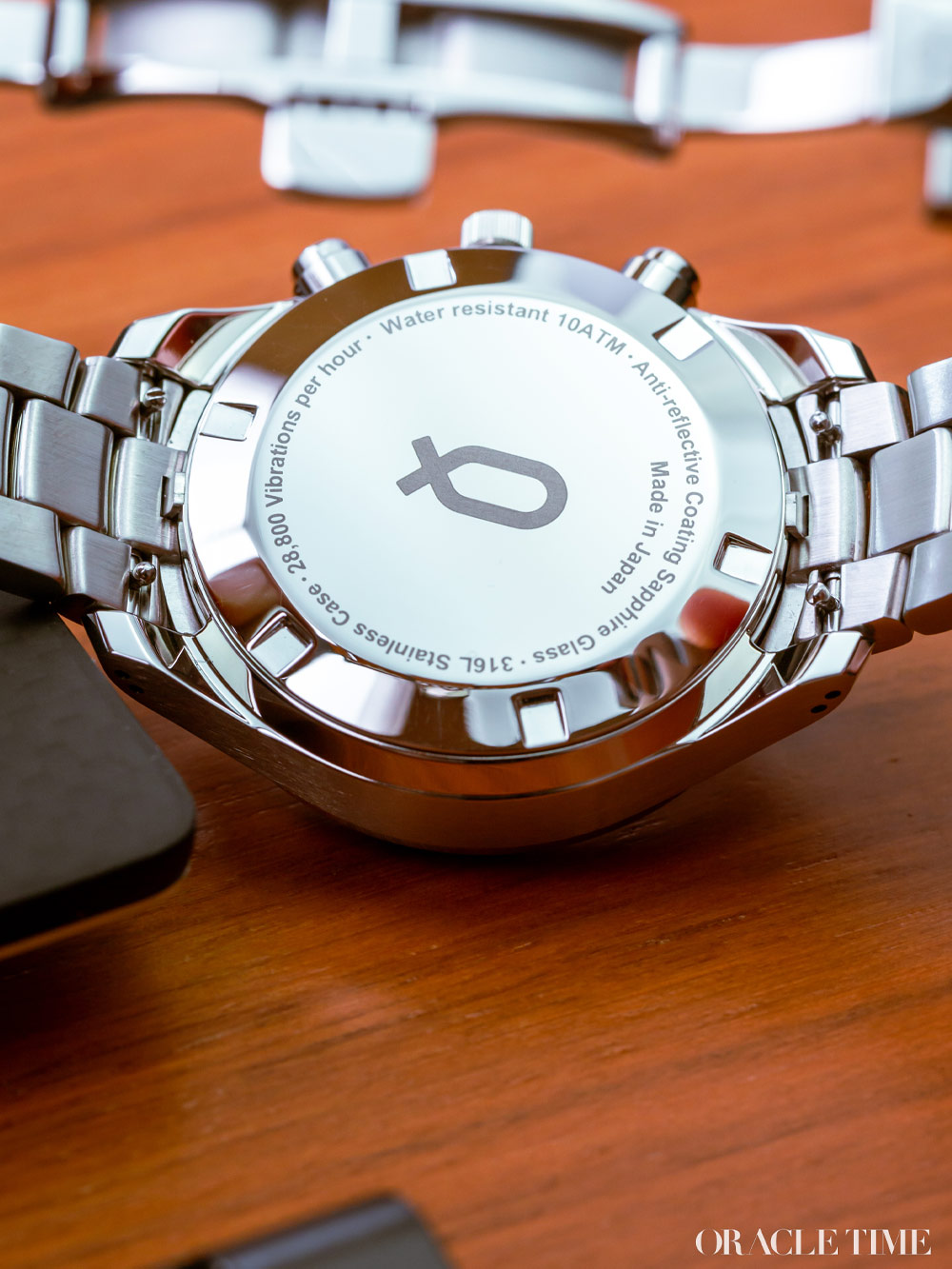 And so, we have the ATC-40 Chronograph, one of the premium models in Knot Designs’ already impressive (and generally customisable) collection. The big question then is how does it stack up against the competition? Honestly, pretty damn well.

While the ATC-40 Chronograph isn’t as on-the-nose as some of Knot Design’s other pieces, created in collaboration with Japanese craftsmen working in things like Urushi lacquer, there are still some tell-tale signs of the country’s watchmaking at work.

The finishing and facets across the watch – particularly the lugs – are a standout, with various polished and brushed surfaces. It’s particularly eye-catching on the polished bezel against the brushed case. It’s as sharply done as a katana. 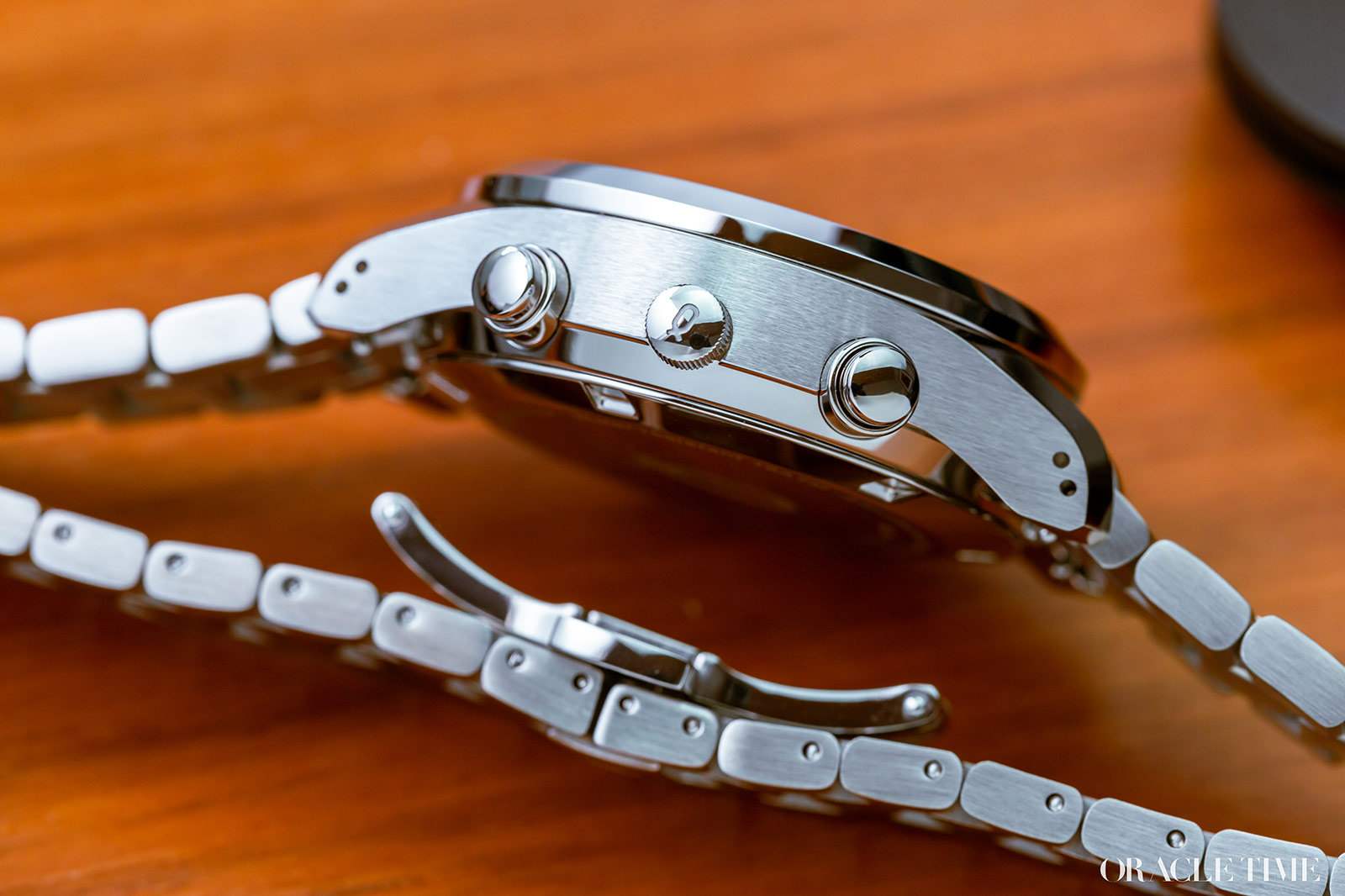 The stainless steel case itself feels unusual. While it’s pretty small across for a modern chronograph at 40mm, it’s oddly deep. On the one hand that gives it some serious heft; on the other, it’s not about to slip under a cuff any time soon. For most chronographs that’s fine, but the ATC-40 is particularly elegant. It does however feel incredibly solid on the wrist so while it might look comparatively small and pared-back from the front, it comes across as a lot more of a serious racing watch when you’re wearing it.

The elegance continues to the dial, which in this instance is pared-back white on black with minimal (for a chronograph) fuss. The subdials have convex rings around them rather than straight up borders, a contrast in finishing rather than the colour, and the tachymeter and hour markers don’t come too far into the dial. The downside to it all is that, with my quickly fading eyes, I find them rather hard to read. The typography is just too small, the side-effect of aiming for a minimal, elegant tri-compax layout in a 40mm watch. 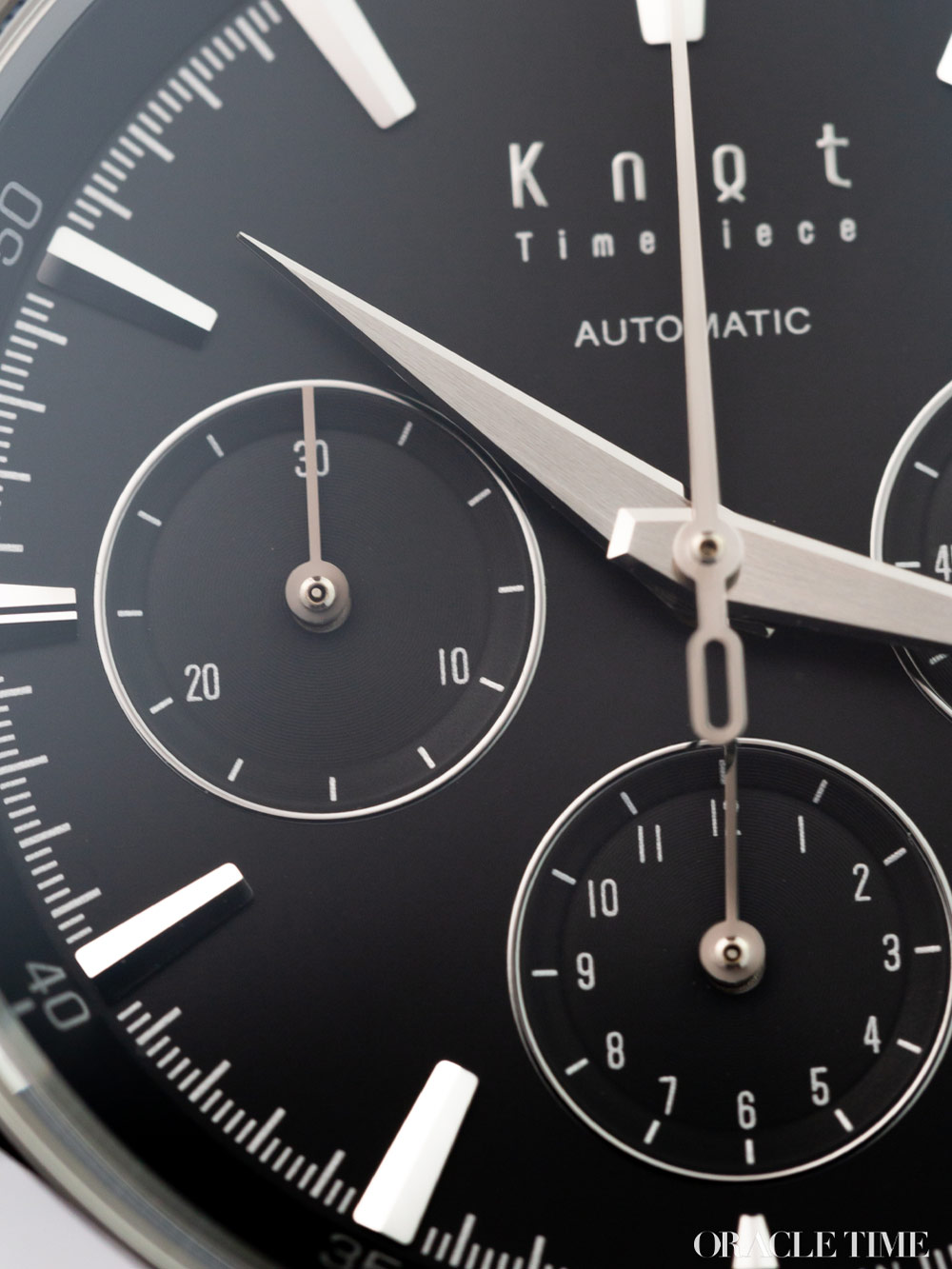 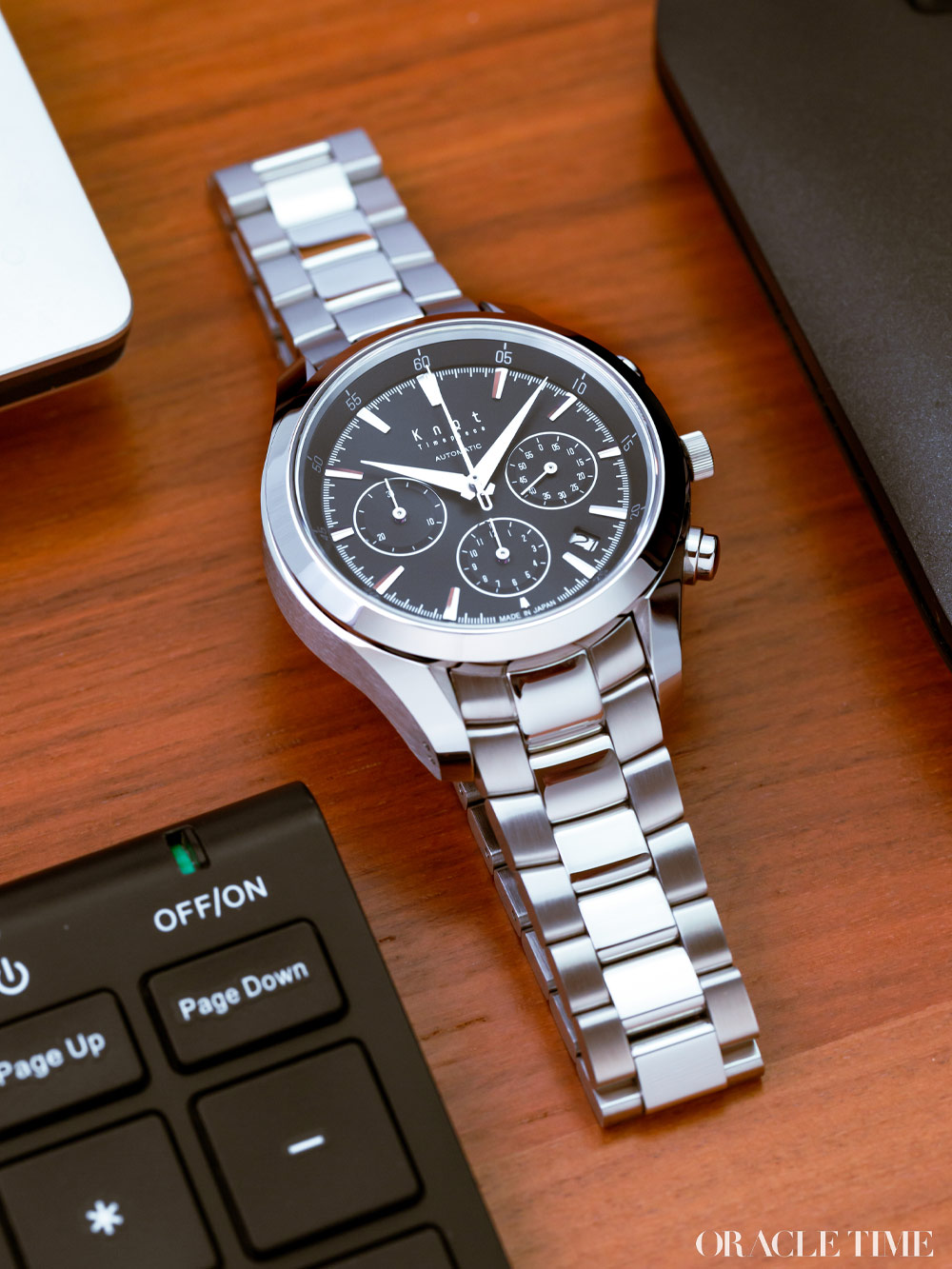 Now, as Knot Designs’ entire raison d’etre is Japanese craftsmanship, it shouldn’t come as a surprise that inside we have a Seiko movement – specifically the calibre SII NE88. It’s a handsome movement equipped with a column wheel with vertical clutch, the kind of old-school chronograph function we all know and love.

The calibre has a 45-hour power reserve, decent accuracy with 28,800 beats per hour. Perhaps most importantly though, it’s a damn sight more accessible than any of its Swiss counterparts. Again, not a surprise for a Japanese watch, but still one of the ATC-40’s biggest pros. 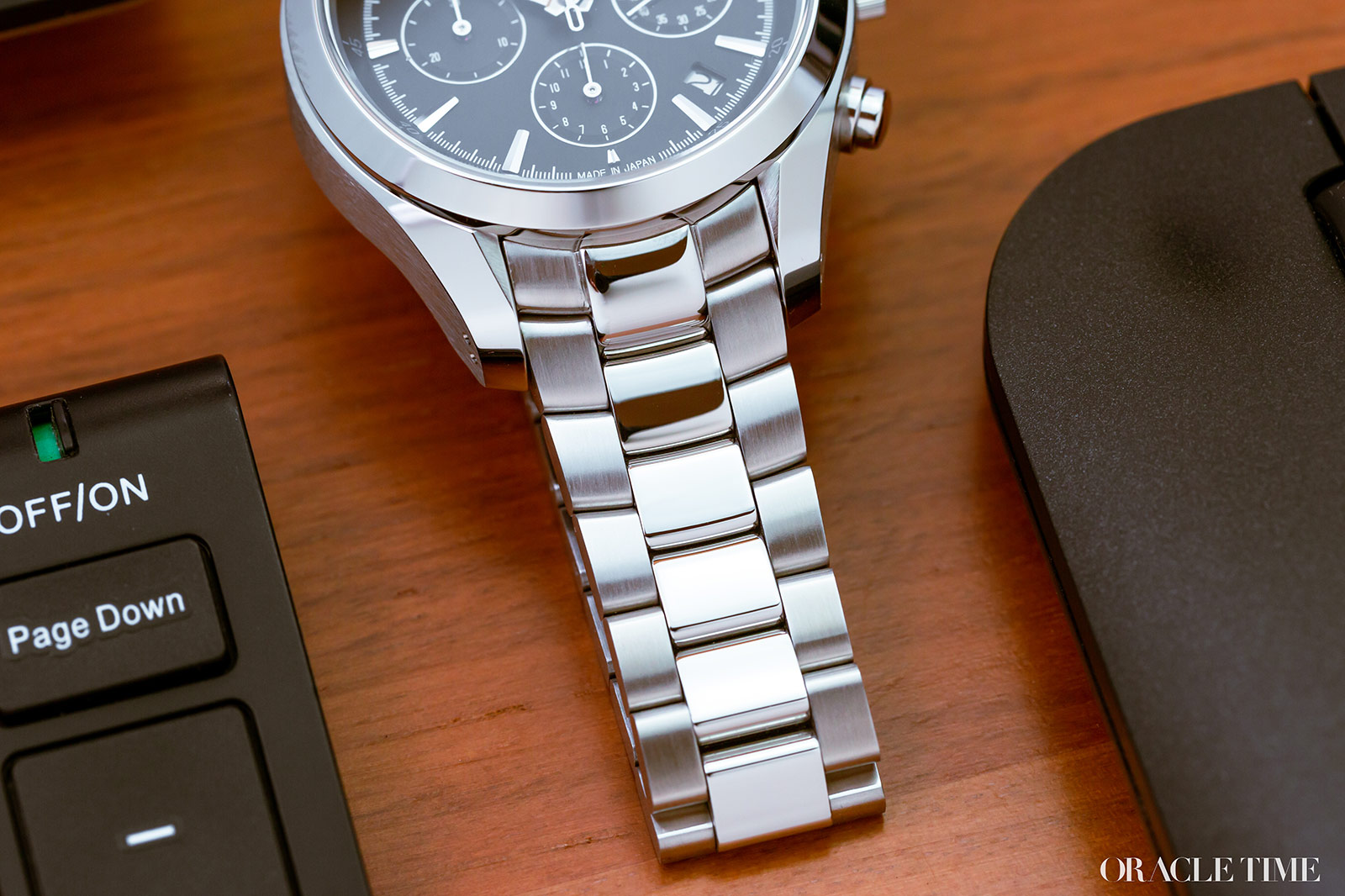 Overall, the Knot Designs ATC-40 Chronograph feels premium. Between the various polished and brushed surfaces and plenty of little finishing details across the board, it’s an incredibly handsome (if less practical without reading glasses) chronograph. Throw in a solid movement and as many strap options as you want (seriously, it’s overwhelming – in a good way) and you have an impressive watch for the money.

Which, because I’m sure you’re wondering, is 110,000 Japanese Yen. At time of writing, the Yen’s particularly weak against the pound, meaning the ATC-40 will set you back just £680. That’s some serious value, even by Japanese standards, making for a watch that’s hard not to appreciate. With a few tweaks – and potentially a funky, artisanal dial – this could be a winner.