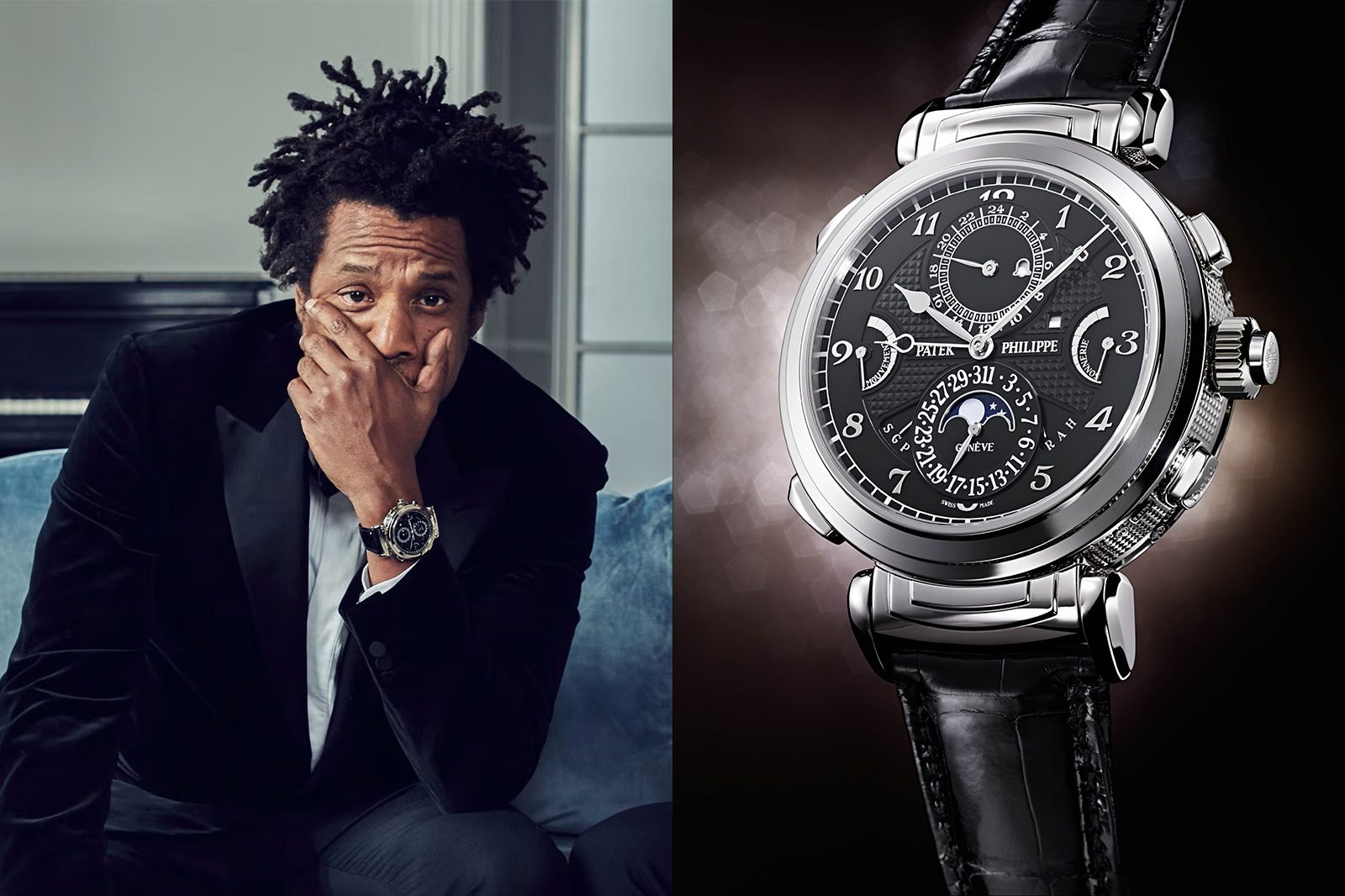 How do you even begin to talk about Jay-Z? It’s not as if the man needs an introduction, he’s only one of the most successful artists and producers of the modern age. It’s almost a guarantee that your party playlist features music by him, featuring him, or produced by him. He’s unmatched in terms of influence and perhaps only his wife, Beyoncé, has more clout. And speaking of clout, in the hip-hop circles Jay-Z moves in, a major signifier of status is your wristwatch. To put it lightly, Jay-Z’s watch collection might be one of the most impressive displays of horological opulence around.

Let’s just list off a few of his watches before we take a closer look at a couple. To kick things off there’s his Patek Philippes, including the Nautilus Ref. 3800, Tiffany Nautilus, and the legendary Grandmaster Chime. Multiple Audemars Piguet Royal Oaks, a Hublot Big Bang Diamond, Jacob & Co. Five Time Zones, a Richard Mille 56 Custom Blueprint, RM 56-01 Tourbillon Sapphire and, RM001. And this is by no means an exhaustive list. 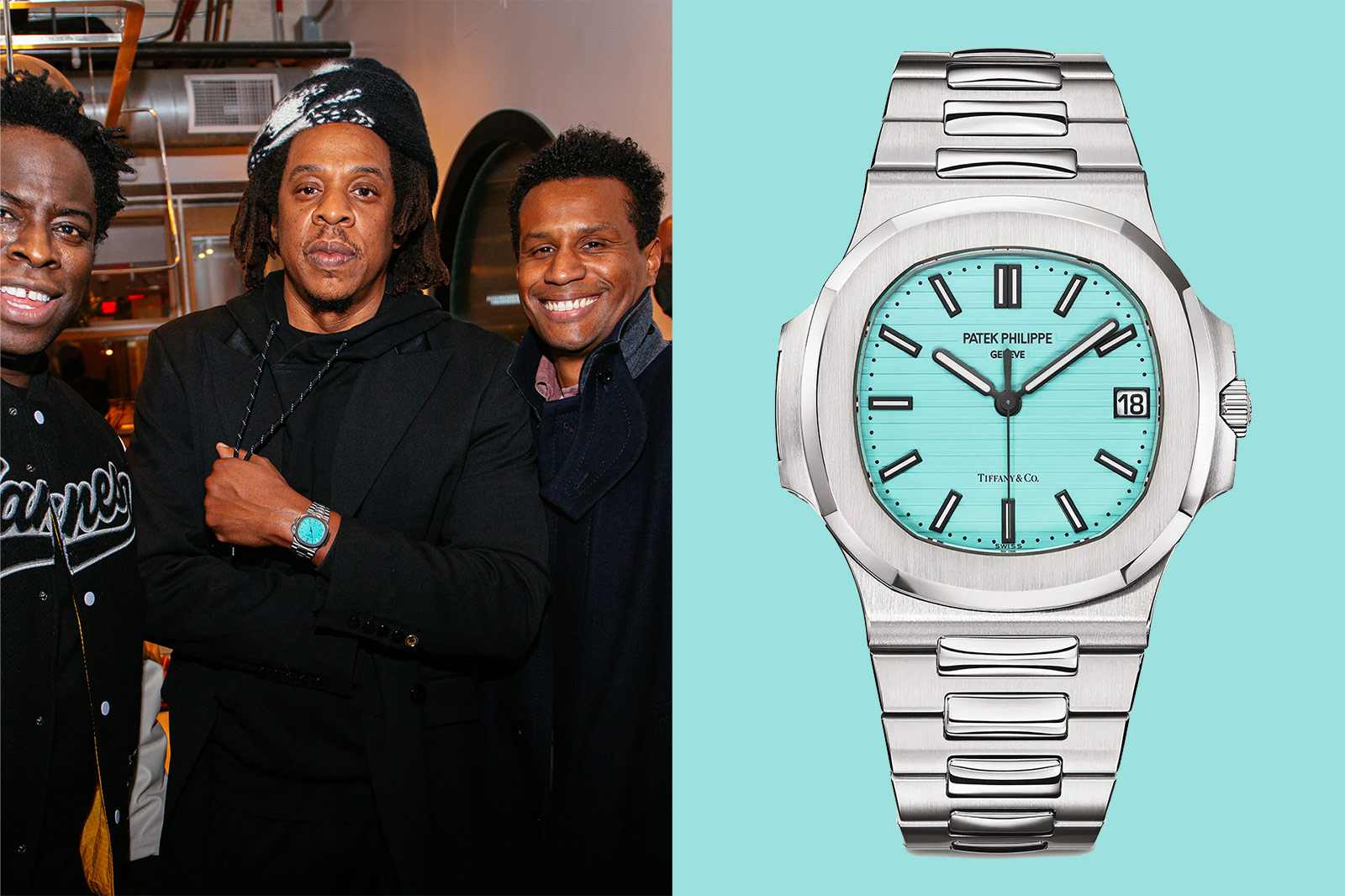 He was spotted wearing the Tiffany Nautilus shortly after the 10 watches were revealed at the end of 2021, the timing coinciding with the announcement that both Jay and Beyoncé are ambassadors for Tiffany & Co. If he wasn’t seen with this particular watch, he wouldn’t have been ambassador-ing properly. However, that doesn’t detract from the fact that on his wrist it started a watchmaking infatuation with turquoise that’s still going strong almost a full year later. 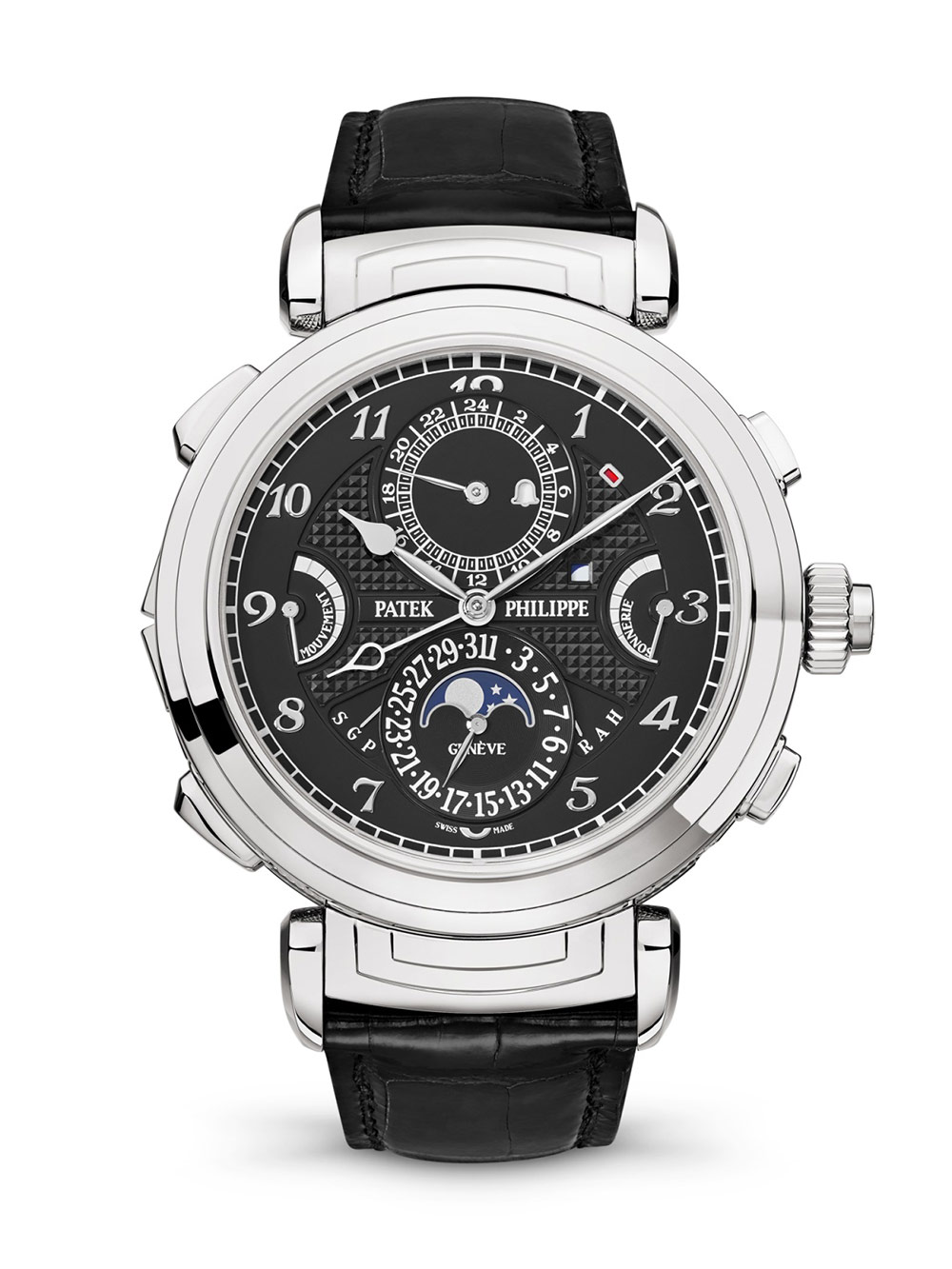 We also have to mention the Patek Philippe Grandmaster Chime Ref. 6300G, a watch that had a ticket price of over $2.2 million at its launch in 2016. It has 20 individual complications including a perpetual calendar and Grande Sonnerie powered by the Patek Philippe 300 GS AL 36-750 QIS FUS IRM manual calibre with 72-hour power reserve. Grail watch is an understatement of how rare and exquisite this watch truly is. 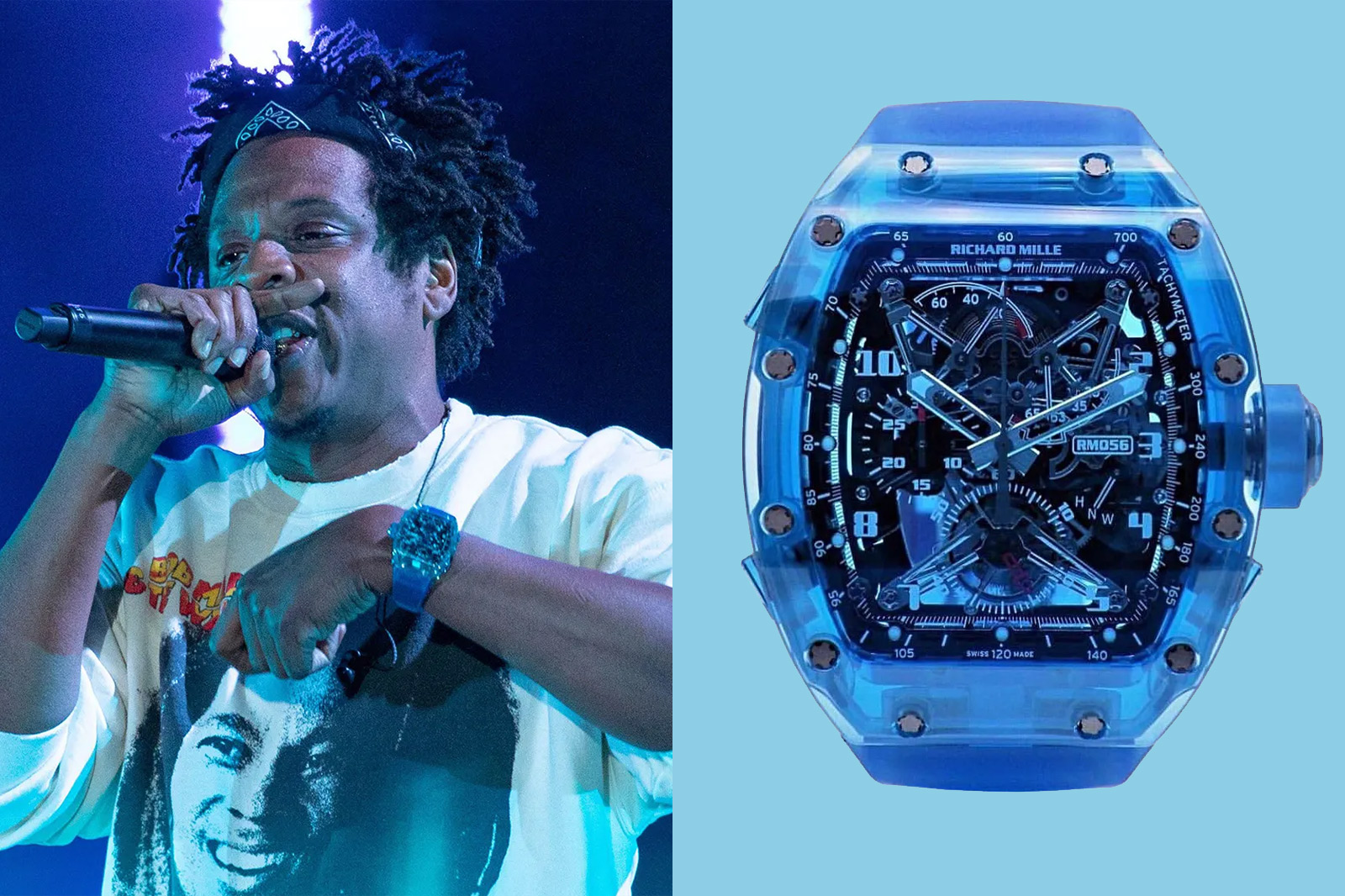 However, there’s always a bigger price tag and one watch that’s even pricier than the Grandmaster Chime is Jay-Z’s Richard Mille RM056 Blue Sapphire dubbed the ‘The Blueprint’. A Richard Mille isn’t accessible to mere mortals at the best of times, even less so if you want one in full sapphire. Only someone on Z’s level could even conceive of asking for a one-of-one Richard Mille in custom coloured sapphire. The 56 Blueprint was created specially to commemorate his classic album The Blueprint and cost an eye-watering $2.5 million.

So the next time you hear Jay-Z rap about Audemars Piguets on alligator straps, or Rollies that don’t tick tock,  you know that he’s talking from first- hand experience.