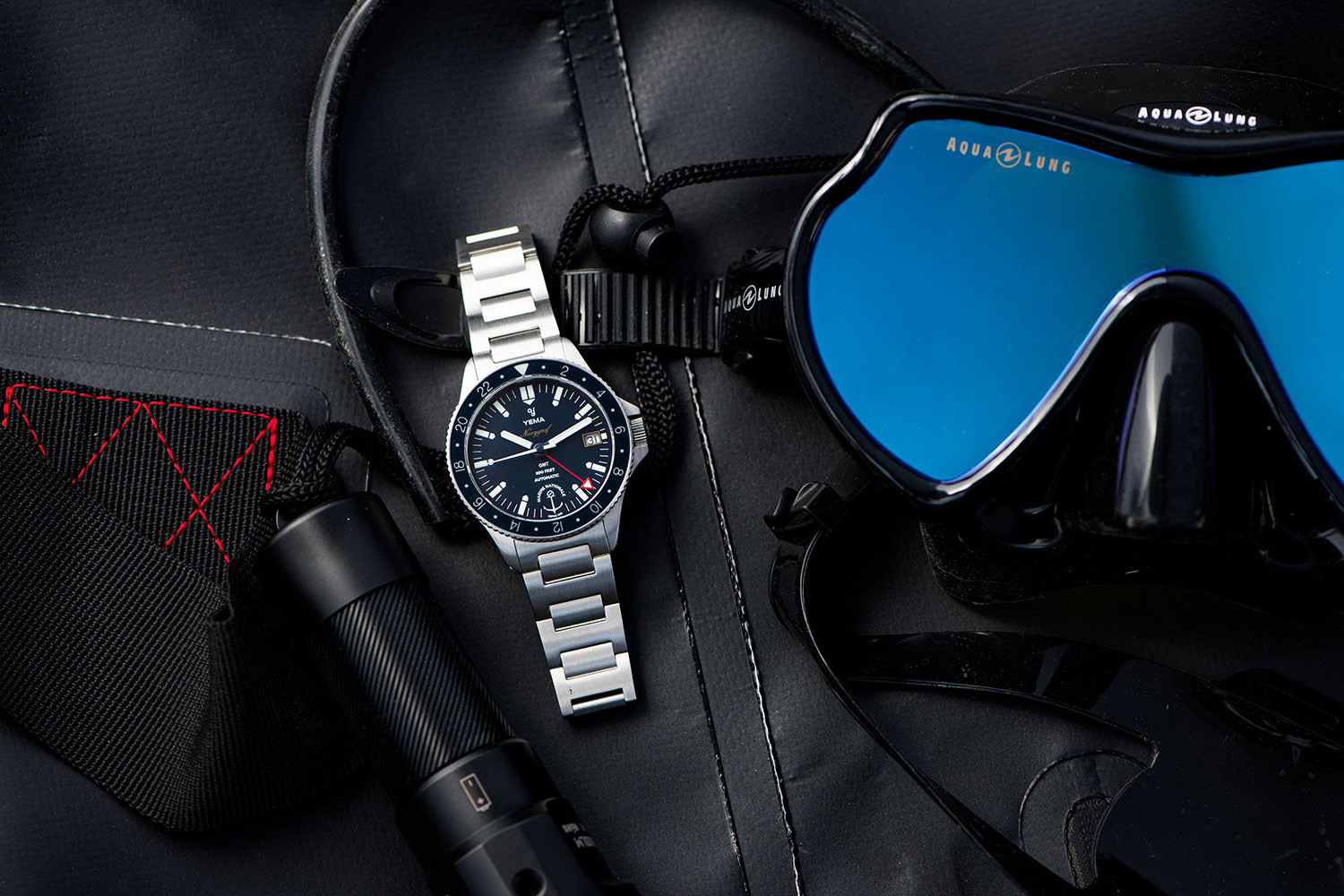 Marine Nationale watches are nothing new. The French Navy is one of the oldest in the world and for over 200 years they have been working alongside watchmakers to create military-grade timepieces. So, it’s about time for them to work with another respected French institution, YEMA. While YEMA has created Marine Nationale inspired watches previously, the Navygraf GMT Limited Edition is the first that will be thrust into action.

Unlike many other military watches, it isn’t caught up in heritage or vintage design – instead it presents itself as a new take on the military formula, loosely based on some YEMAs from the 70s. That drive towards the new is best exemplified by the inclusion of a GMT function, the first time one has been used on an official Marine Nationale piece. 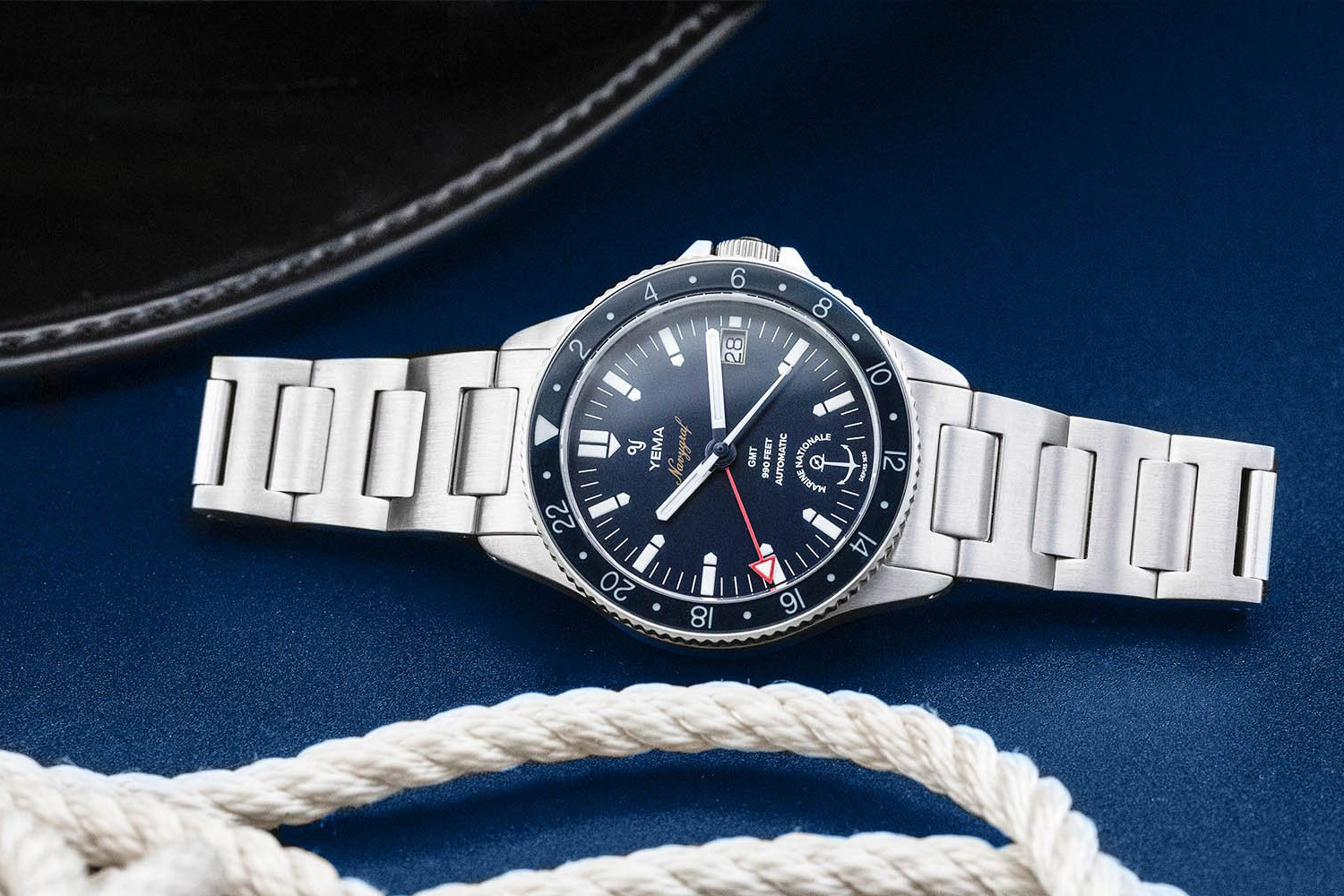 Despite its modern design philosophy, it still ticks all the boxes that we expect from a military watch. It has a simple, block colour dial that makes it easy to read – in this case a dark navy-blue verging on black that was approved by the navy itself. It also has large, exclamation mark style indices coated with blue Super-Luminova® for low light legibility. The hour marker is doubled at 12 o’clock and replaced by the Marine Nationale colours at 6 for easy timekeeping at a glance. The red GMT hand also rounds out the watch with the red, white and blue of the French flag.

Let’s talk about that GMT a little more. The Navygraf is capable of telling the time in three separate time zones: local time, French time and one other. The bidirectional rotating bezel has a 24-hour scale that is used in conjunction with the GMT hand – when the bezel is set to its default position with the arrow at 12, the time zone is set to France, which can then be altered by rotating the bezel. It’s a clever way of quickly adjusting the time zone without having to fiddle with the hands during military manoeuvres. If you’ve ever used a Rolex GMT-Master II, you’ll know what I’m talking about. 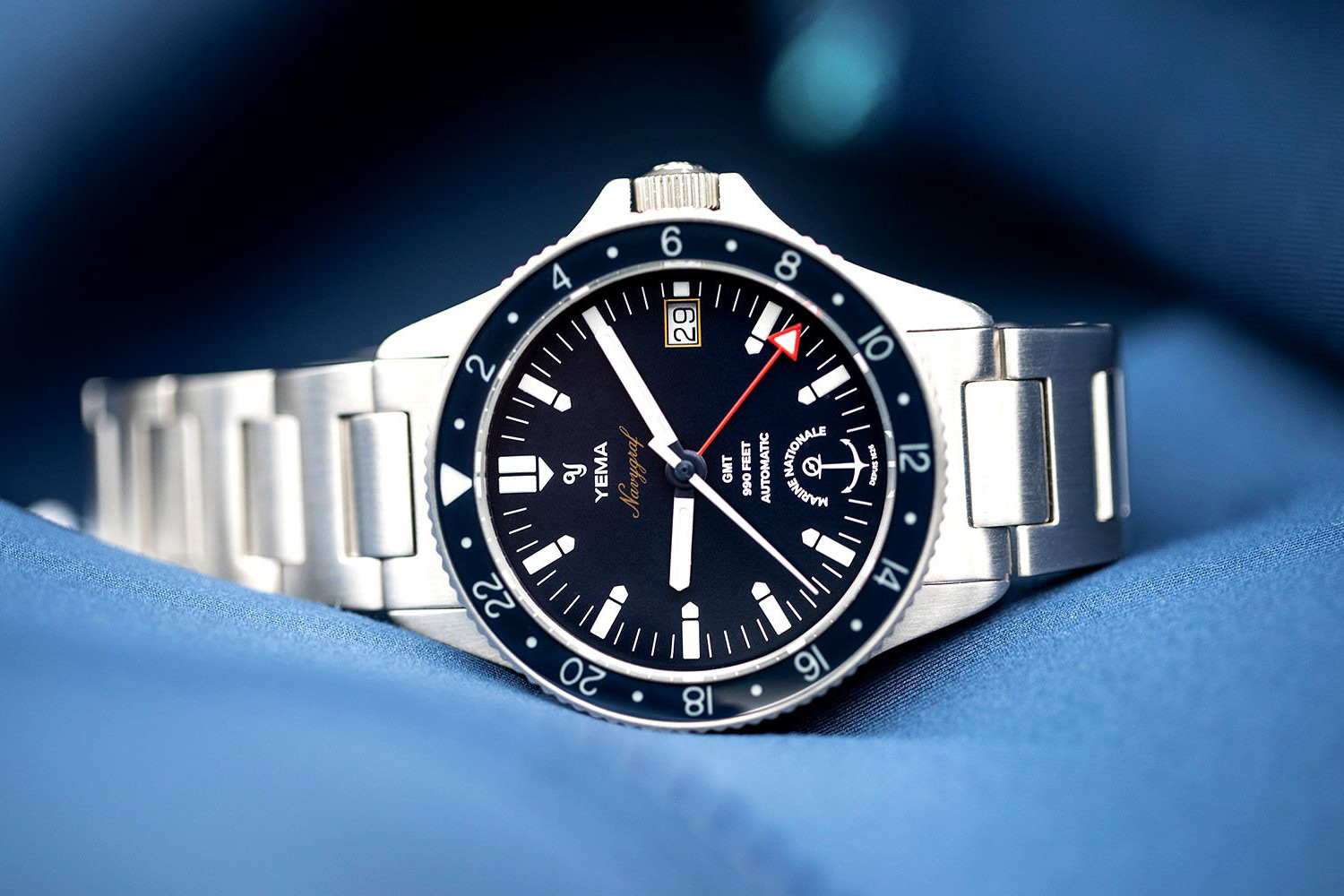 The 39mm diameter stainless steel case has a brushed finish, meaning it looks good but isn’t too precious if it does happen to get scratched. It also means a little less glare coming off it in the field. Alongside the Marine Nationale emblazoned screw-down crown, it also provides 300m depth resistance, bringing it up to professional standards. Well, it is for the Navy after all.

Housed inside is the new YEMA3000 movement. The automatic, in-house calibre has a 42-hour power reserve and an accuracy of +/- 10 seconds per day for military precision, complete with GMT and date functions. It’s a really solid movement that does everything you could want it to and considering that it’s in-house to boot, is quite incredible for the price – which we’ll discuss in a moment, just believe me when I say it’s great value. 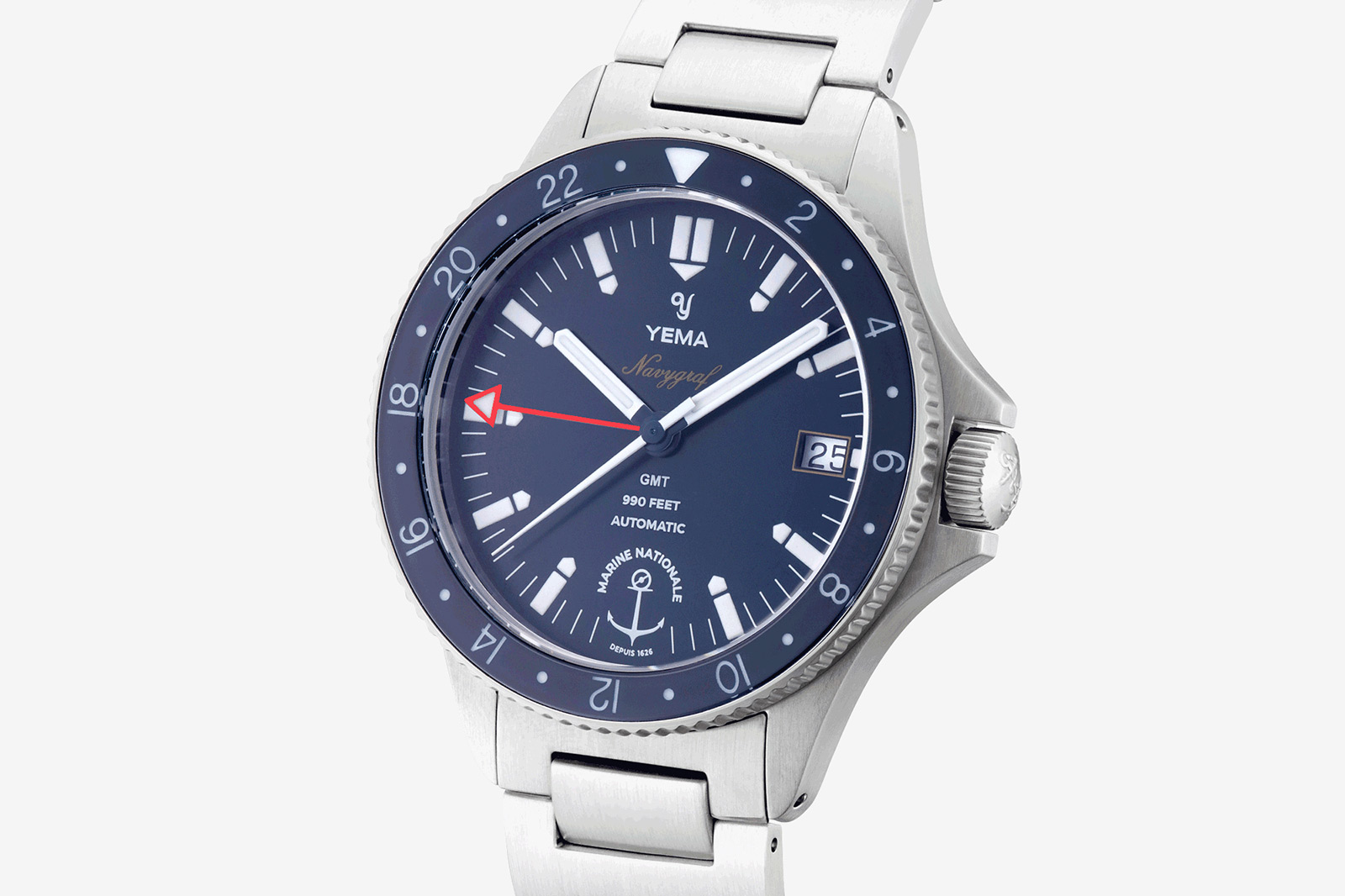 Rounding out the watch is its two straps: it comes with both a metal divers’ bracelet and a Marine Nationale parachute strap designed by the military. The parachute strap is a cool alternative to NATO straps, with a single pass design that means it wears slimmer to the wrist than a traditional NATO. It’s also crafted from military-grade parachute elastic and would definitely be my choice.

The YEMA Navygraf Marine Nationale GMT is limited to 1,000 pieces and is priced at $1,049 USD, (approx. £755) meaning it’s very accessible and sure to be snapped up quickly. This watch is punching well above its price in terms of construction and mechanics so it’s sure to be popular – a really solid tool watch for civilian use as well as a nice modern, GMT take on military timepieces. Available to pre-order now, shipping in early July.