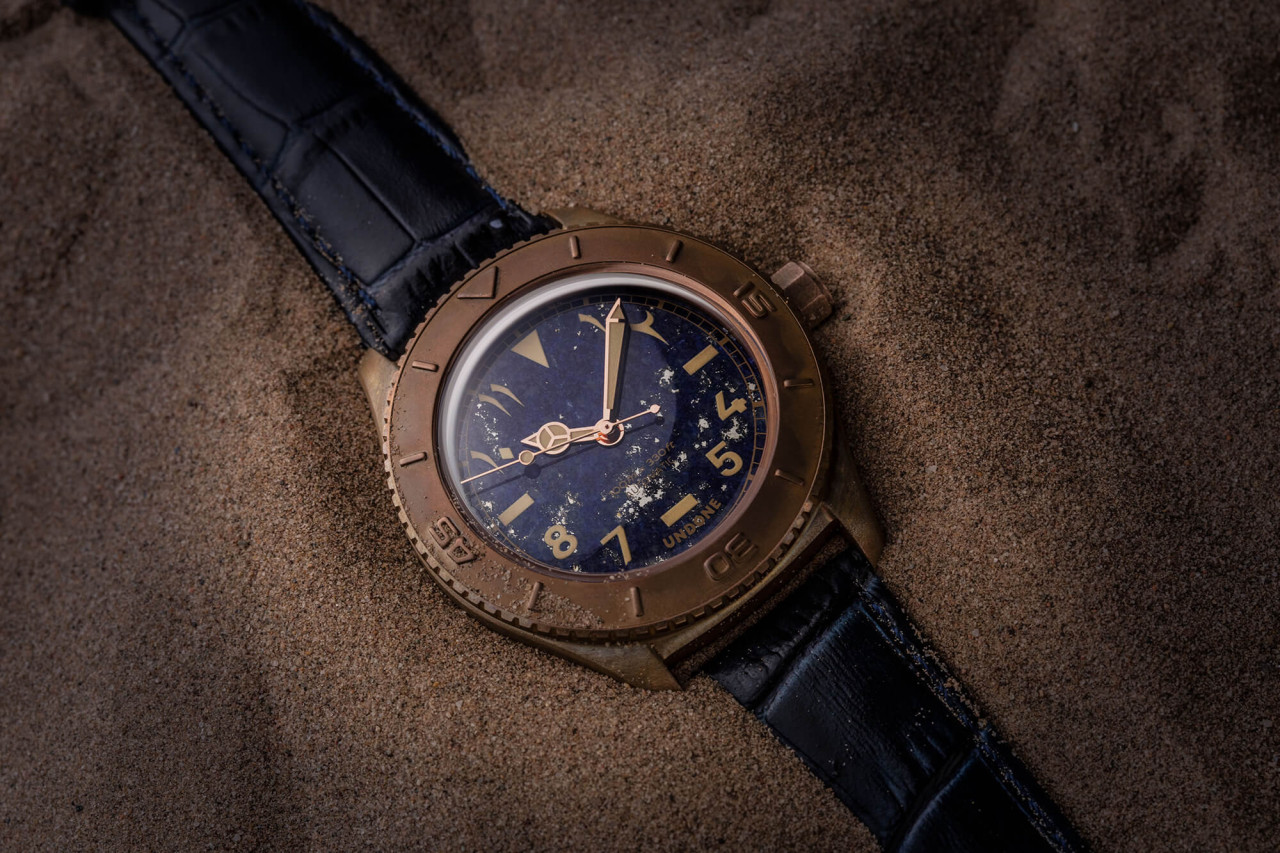 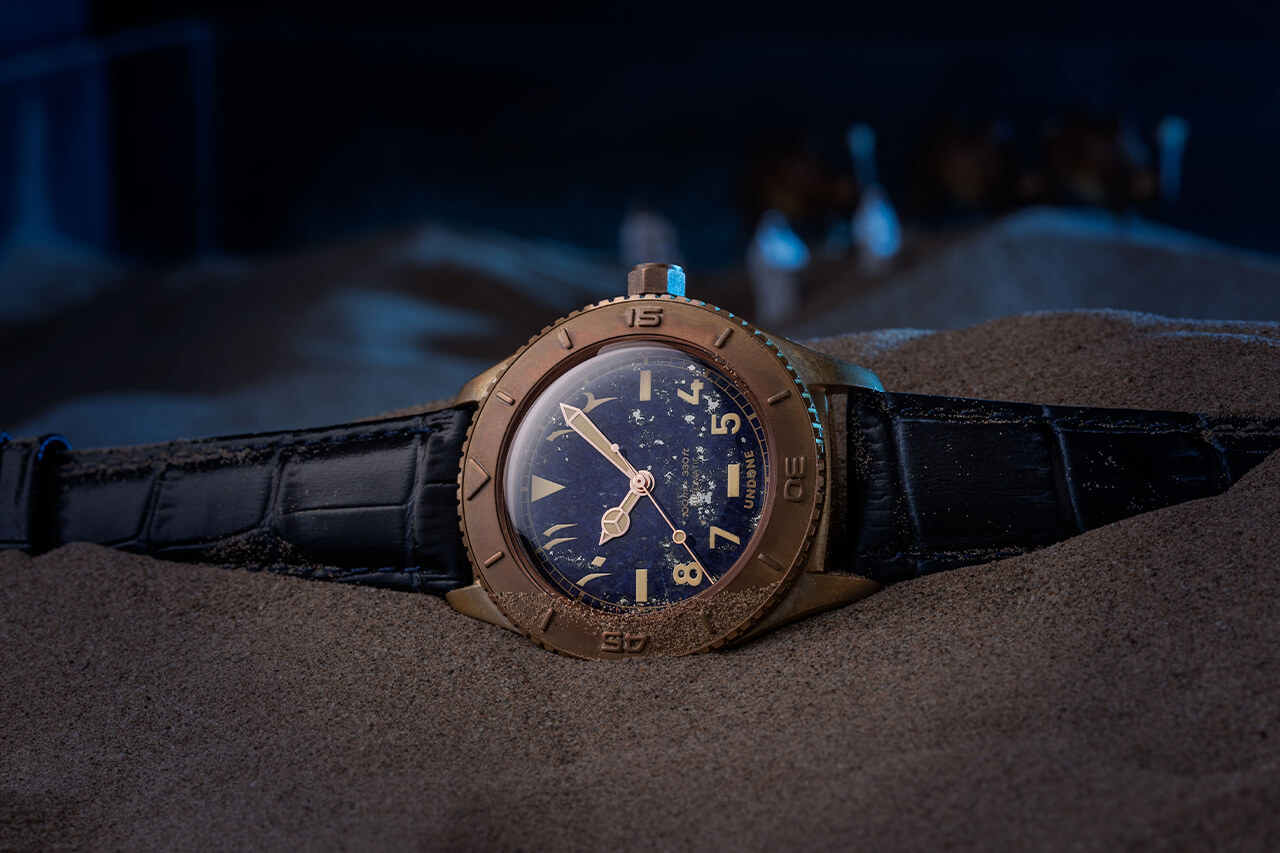 The Arabian Nights is an epic saga of Arabic folk stories from the early 1700s. The tales are told over 1001 nights by the enigmatic storyteller Scheherazade, who is threatened with execution if she fails to tell a story to the King each night. UNDONE draws on this saga in its new lapis lazuli and bronze limited edition timepiece, the UNDONE Arabian Nights.

The lapis lazuli stone forms the dial of the piece, giving a rich ocean blue face to the watch, reminiscent of the Mediterranean coastline or the Gulf of Persia at the edges of ancient Arabia. It feels like it could be a relic from a long-forgotten Sultan, a Pharaoh or Greek King. The bronze case only enhances this effect as it will patina beautifully over time. 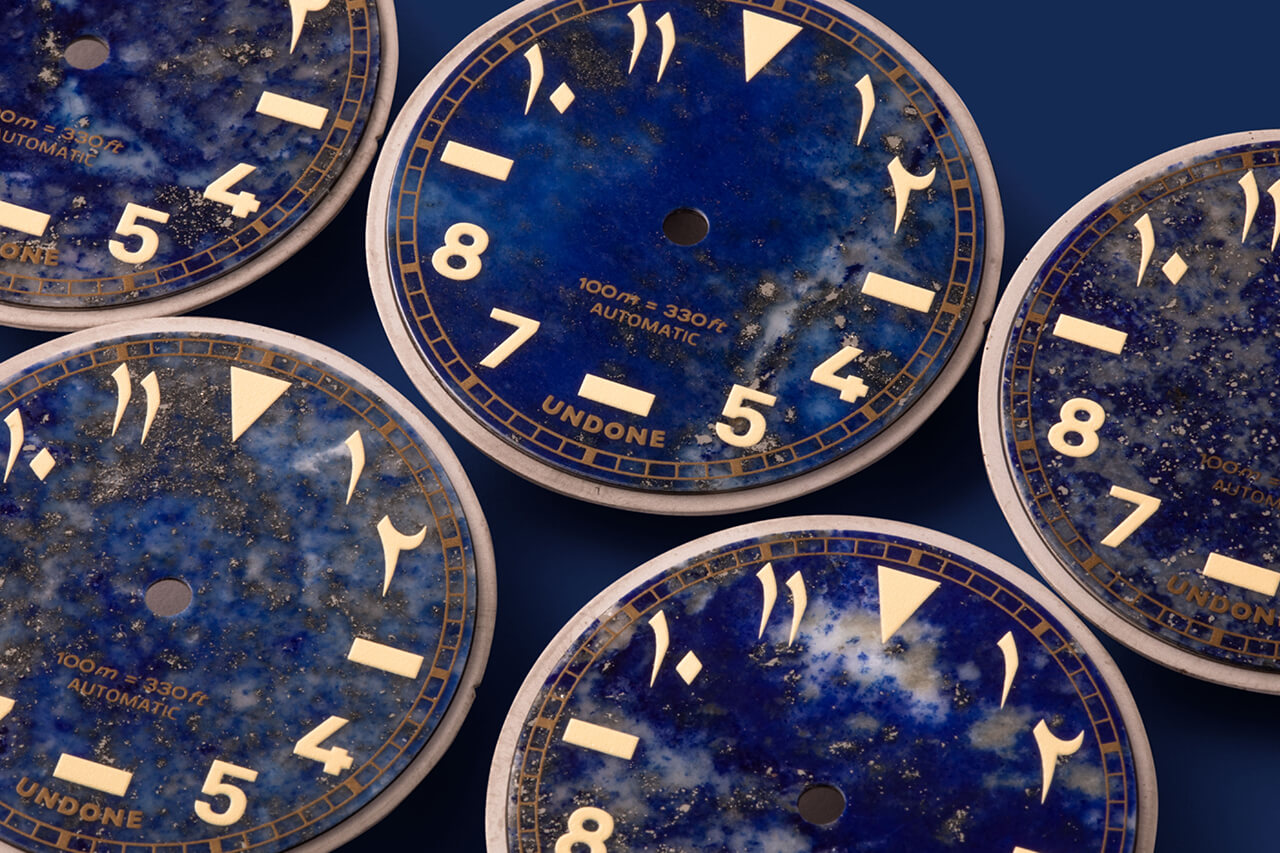 Adding to the intrigue of the design is the mixed origins of the numbering on the dial, half in western Arabic numerals and half in eastern Arabic numerals. The numbers are arranged in a California dial style and it’s the first watch from UNDONE to feature eastern numerals, which is sure to make it a hit among fans of the brand. 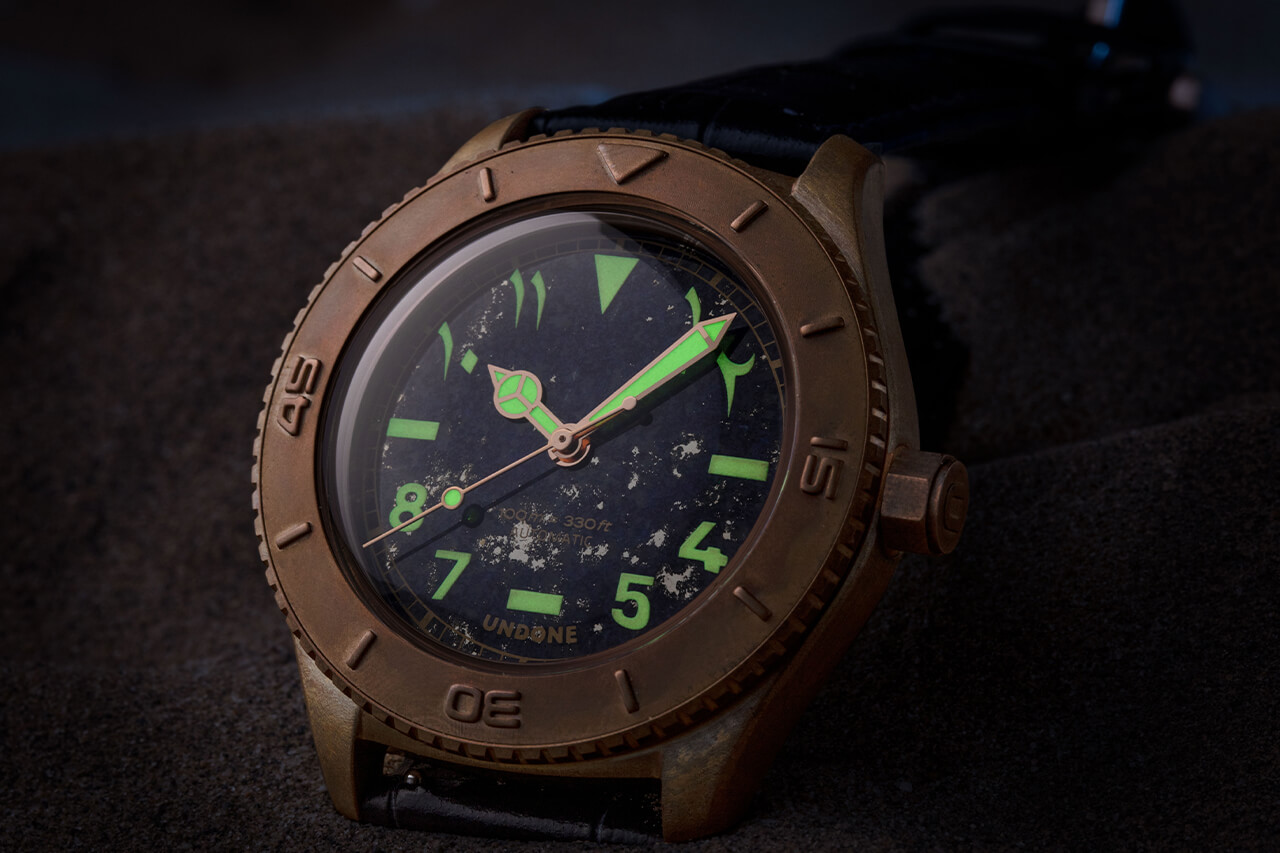 The bronze case, with stainless steel caseback, has a 40mm diameter, enough to show off the lapis lazuli stone dial without being too distracting on the wrist. The double-domed Lexan Polycarbonate crystal brings the height to 15mm with a curved side profile, sitting on a bi-directional and clickless bronze rotating bezel. It is powered by the Japanese TMI NH35A Mechanical Movement with an Automatic Winding Mechanism (supplied by SEIKO Manufacturing (H.K.) Limited) with a 42-hour power reserve. 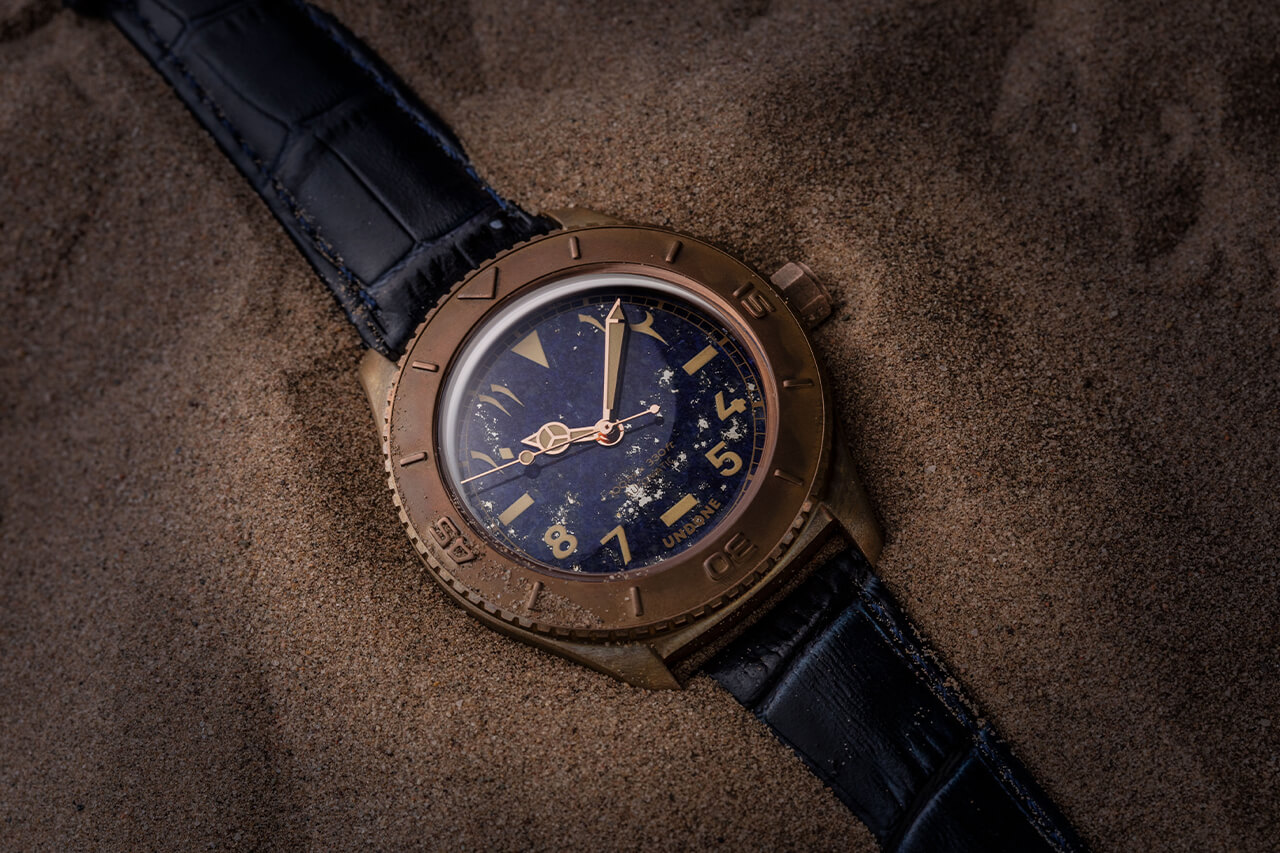 The watch is limited to just 300 pieces, making the pricing of £408 very reasonable, considering each is unique. And they are genuinely unique. No two pieces of lapis lazuli are the same and the patina of the bronze will be individual to each specific watch, as they weather naturally. Over time, each of the 300 watches will become marked by its own story. While it might not equal the 1001 stories of the Arabian Nights, telling 300 stories is a pretty good start.