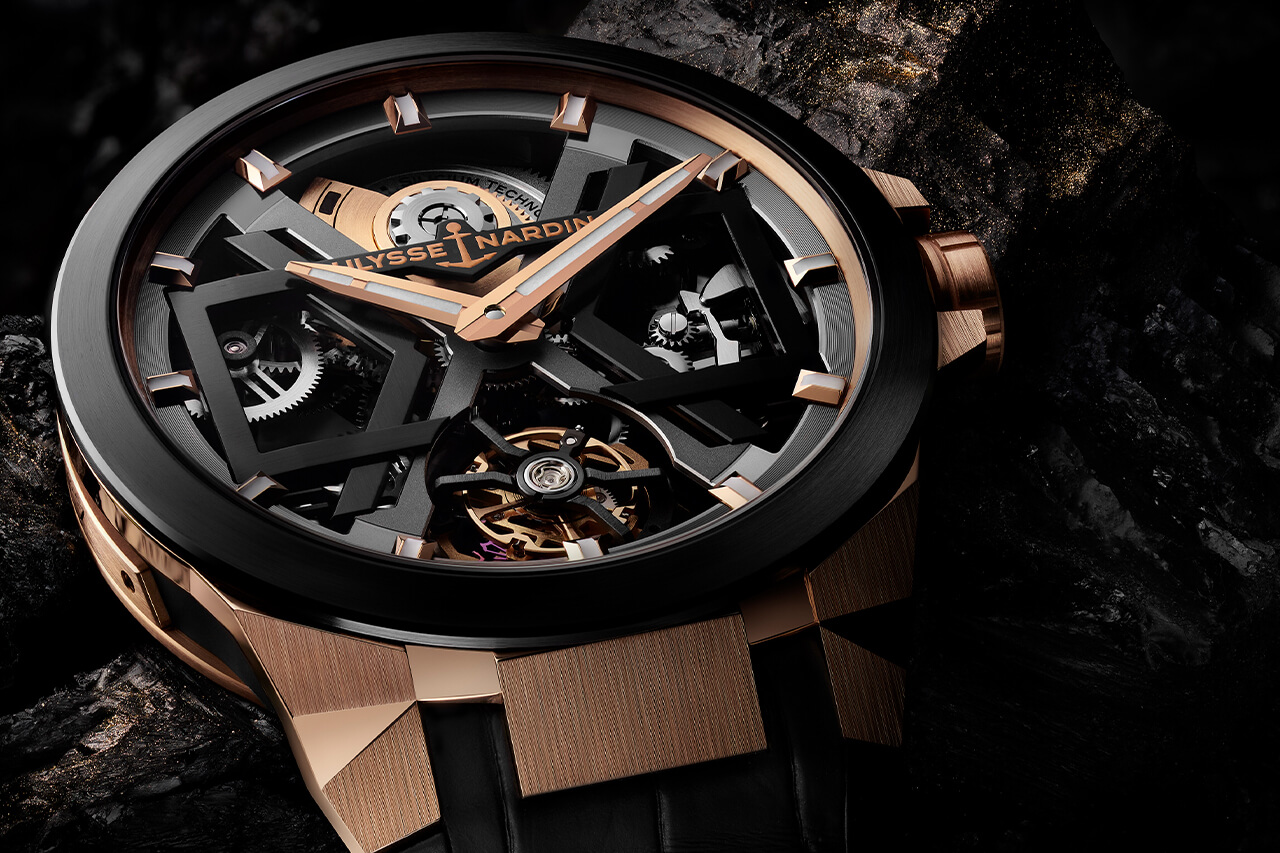 The bold aesthetics of Ulysse Nardin may not be to everyone tastes, however it is impossible to deny their dynamism and contribution to modern horology. A historic watchmaker renowned for their production of Marine Chronometers, they changed tack quite brilliantly after the quartz crisis, under the stewardship of the late CEO Rolf Schnyder. This progressive ethos continues to this day and their latest release, the Ulysse Nardin Blast, is the culmination of years of work and R&D. 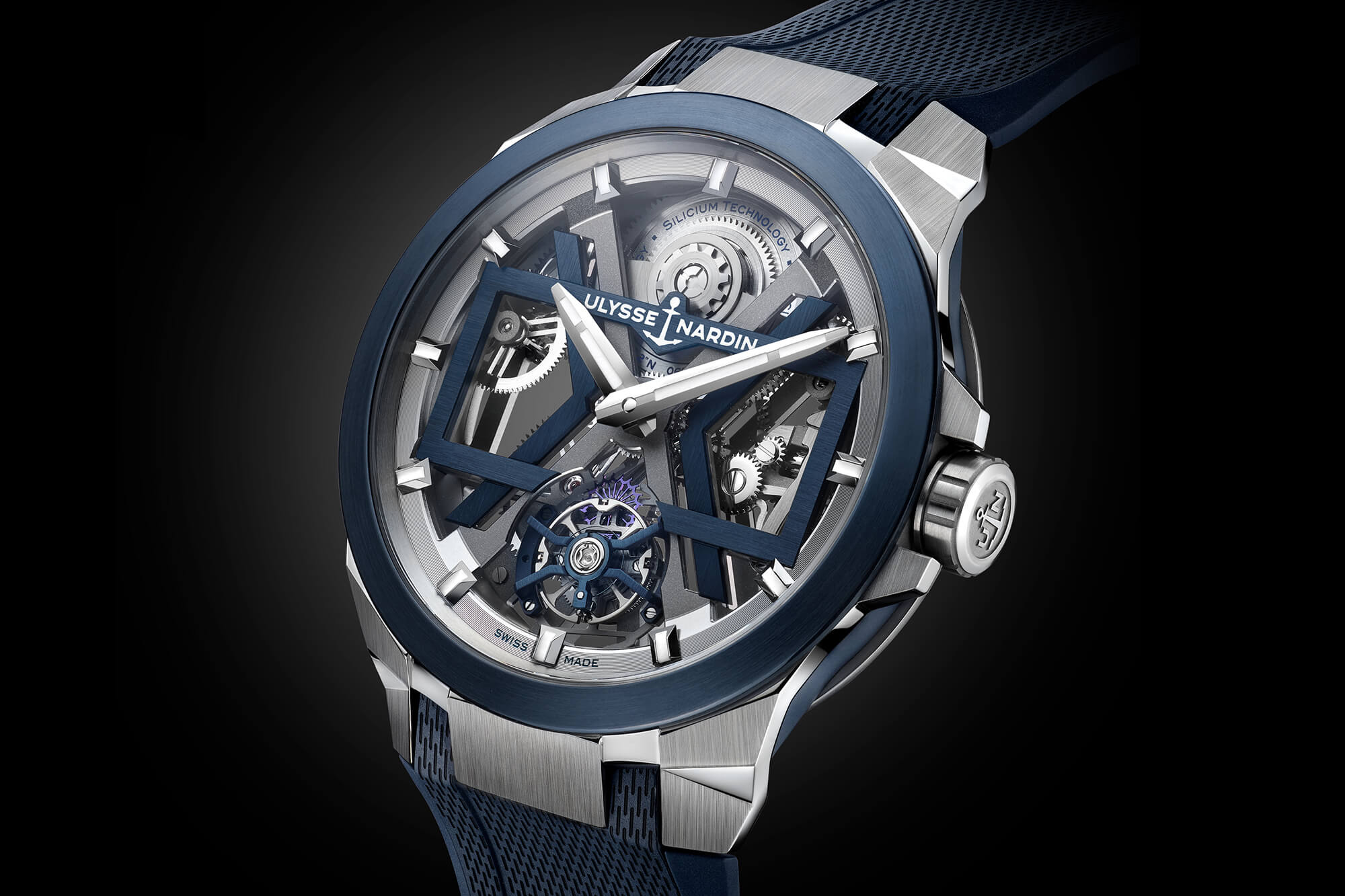 Containing four watches, the collection employs a new case, a new movement and a new folding clasp strap design, as well as well as showing off a material that was first used by Ulysse Nardin and is now a regular in technologically advanced movements: Silicon. 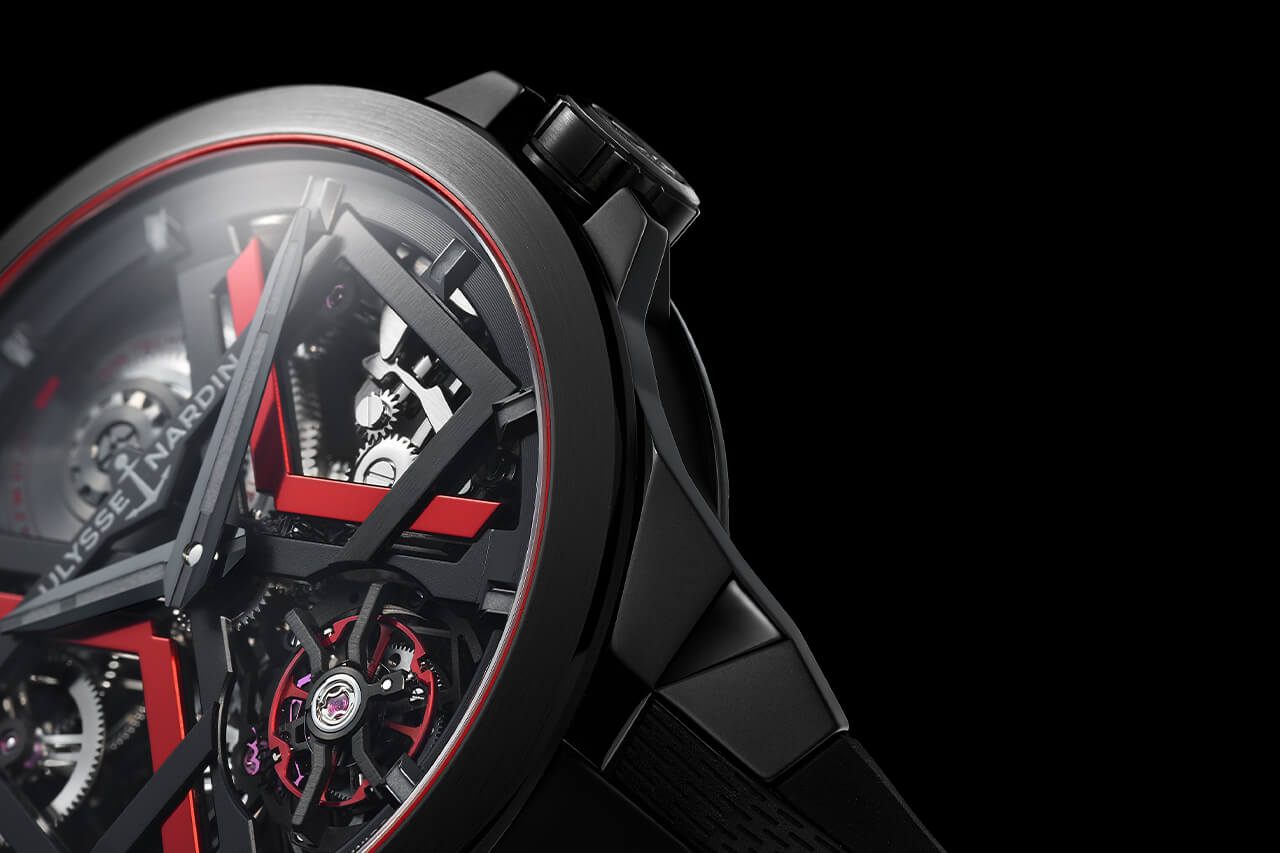 Measuring 45mm, the case is circular but there stops the convention. Utilising a stacked construction, the middle layer relies on angular lines for the crown protector and the triple integrated lugs and features contrasting brushed and polished surfaces inspired by the wings of stealth aircraft. Despite the tech packed into the Blast it measures relatively stout at 13mm tall, with a handsome profile silhouette. 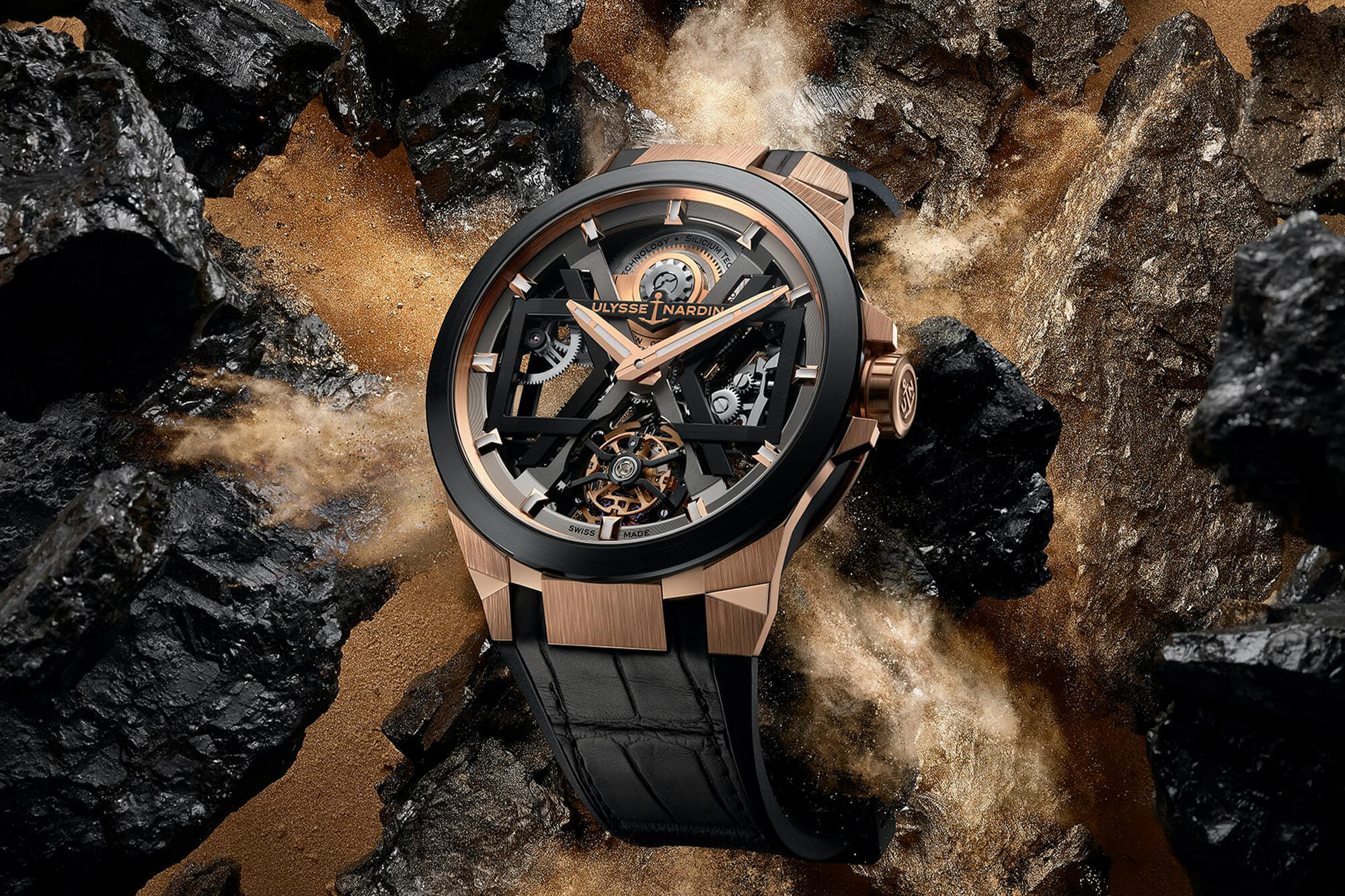 Moving inwards, the dial is fully skeletonised bar the bridges, which form both an X and rectangle, meaning there is unrestricted view of the new in-house UN-172 calibre. The movement is a progression of the manual-wind UN-171 and despite an inferior power reserve of 3 days, it is automatically wound via the platinum micro-rotor which is visible on the front of the watch at 12.00 o’clock. 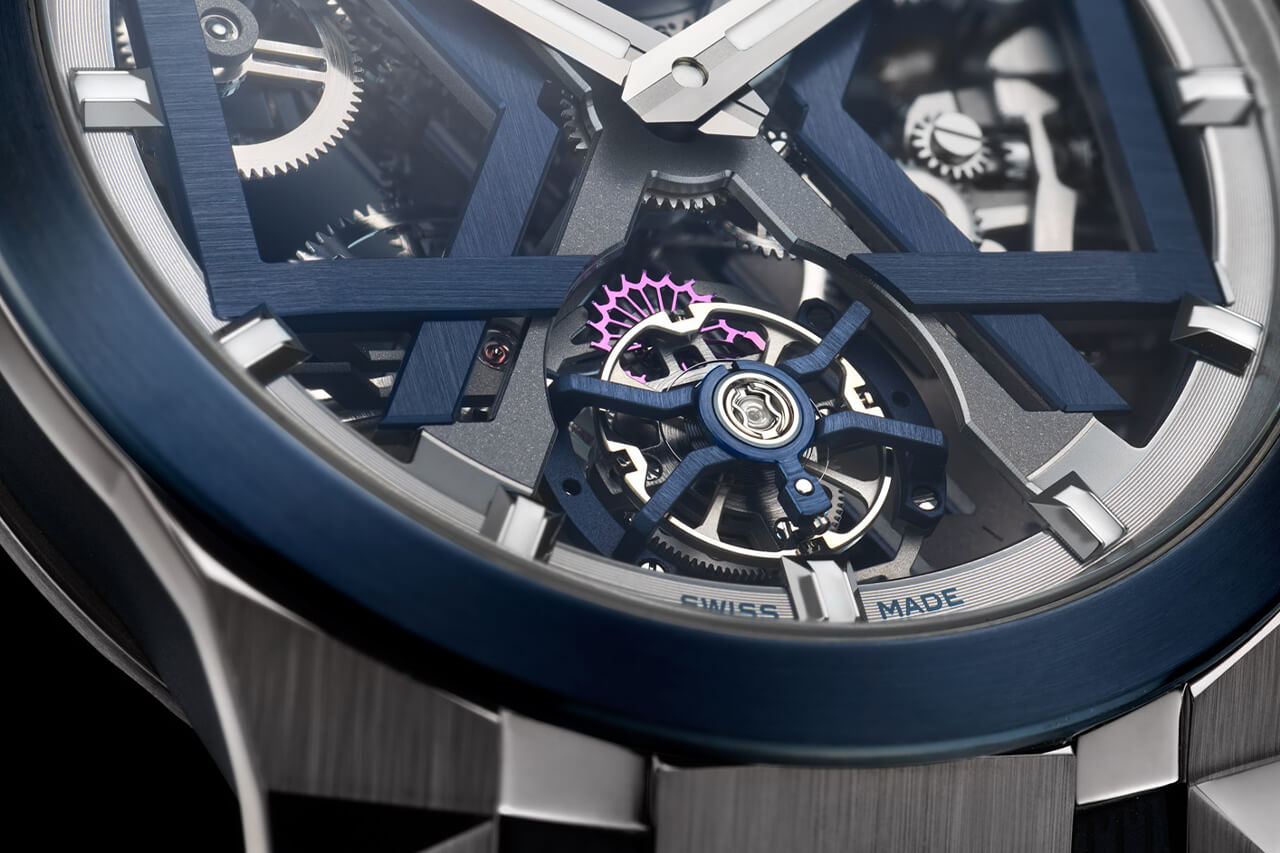 Storing the kenetic energy, you have the silicium mainspring which is one of numerous silicon-based components in the watch; others include the escape wheel, anchor, and the balance spring, all of which are anti-magnetic. At 6 o’clock the Flying tourbillon is on full show and is held in place courtesy of an x cage, while the balance wheel matches the colourway of each watch. The new Blast is undoubtedly an impressive piece of watchmaking though if I had to choose one watch from the Le Locle brand I would choose the relatively paired back and Freak X. 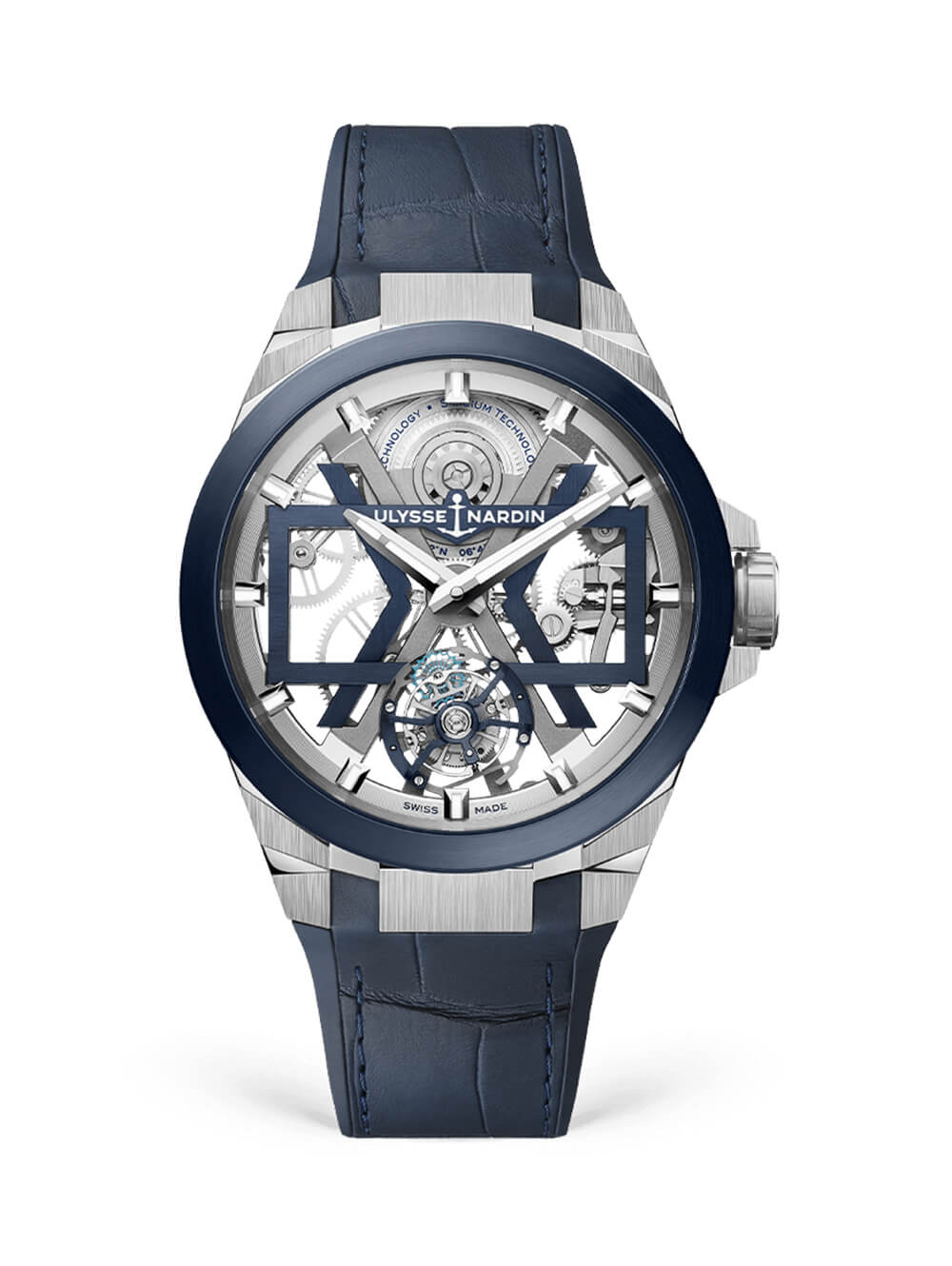 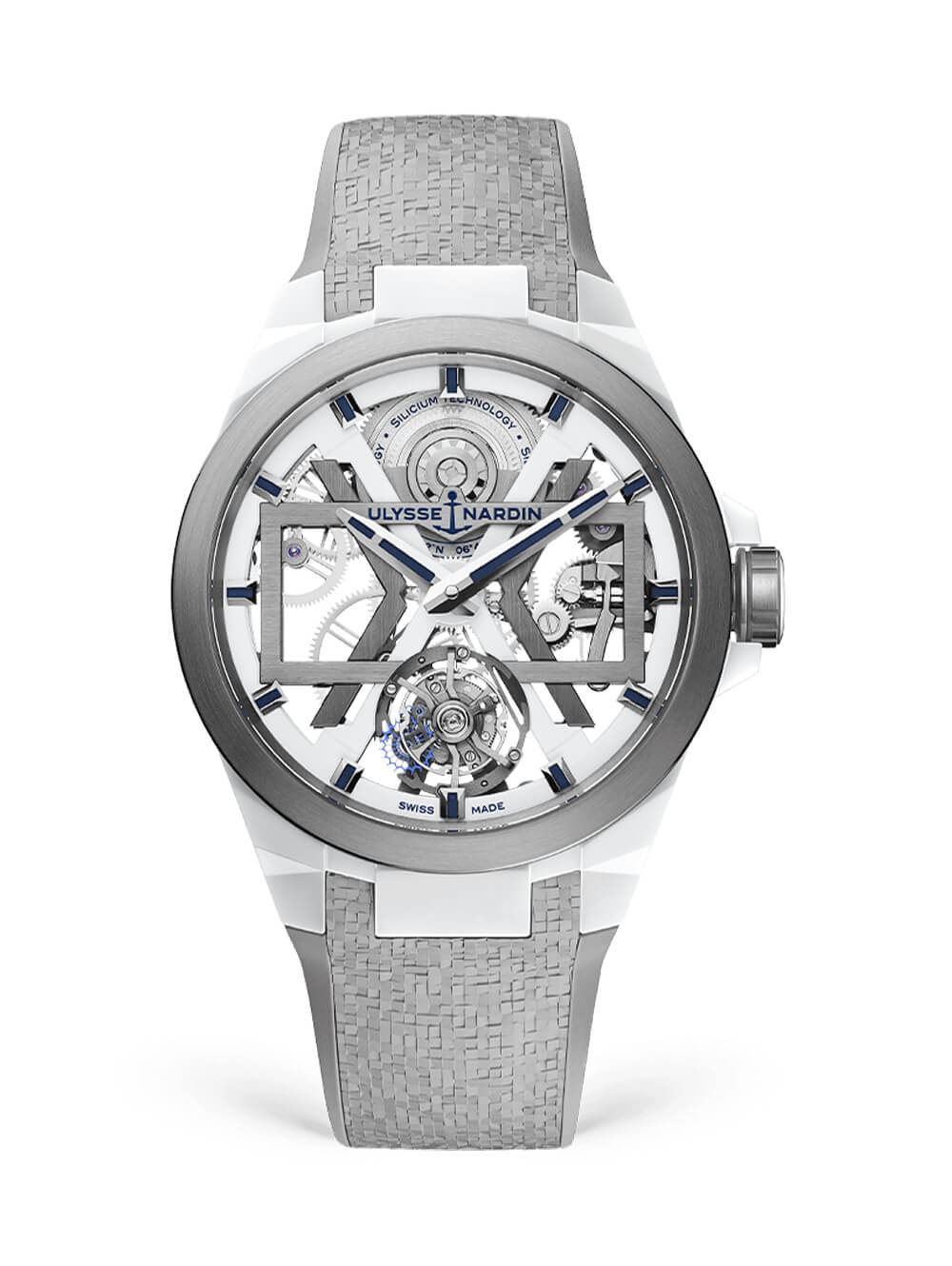 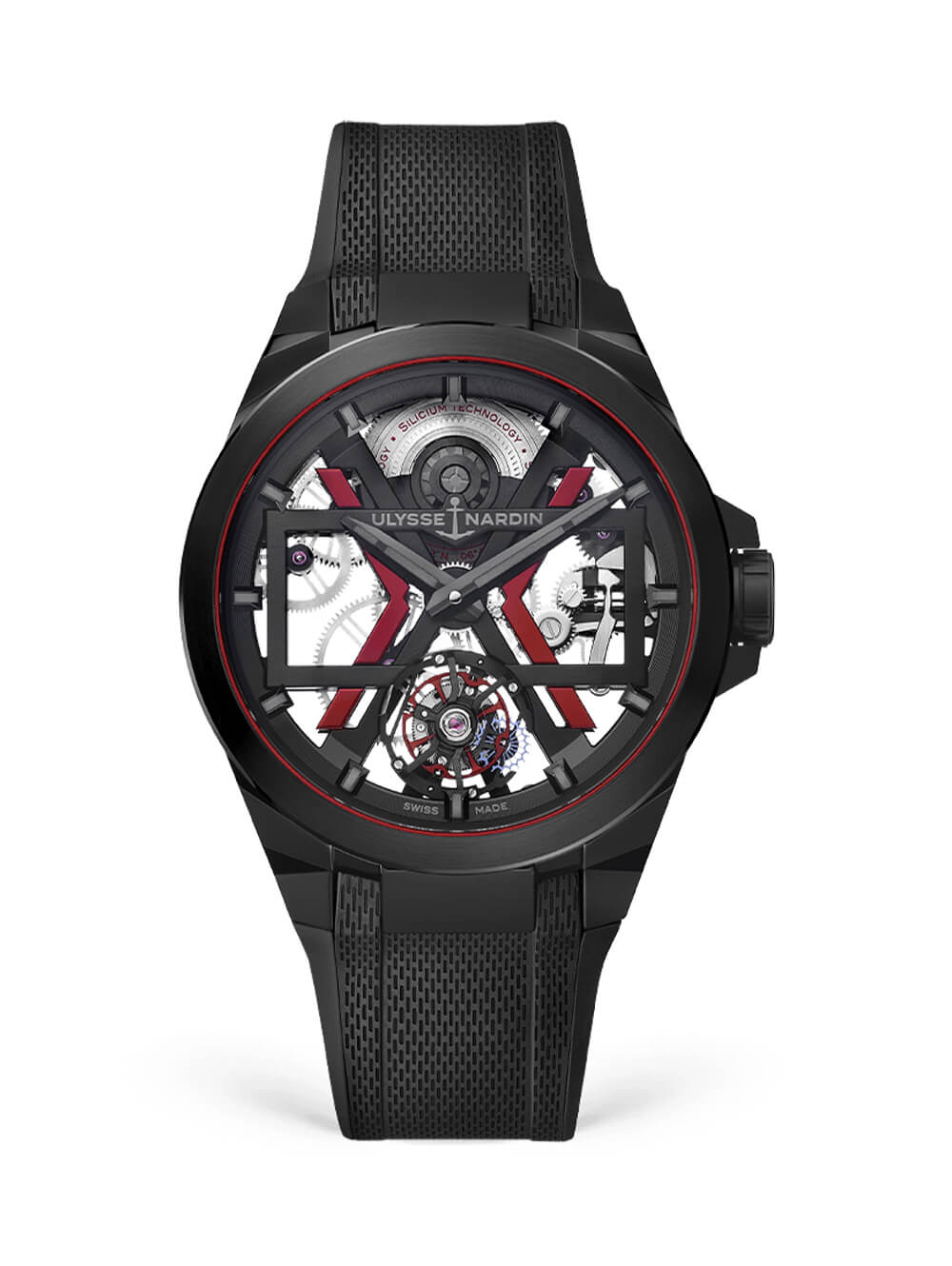 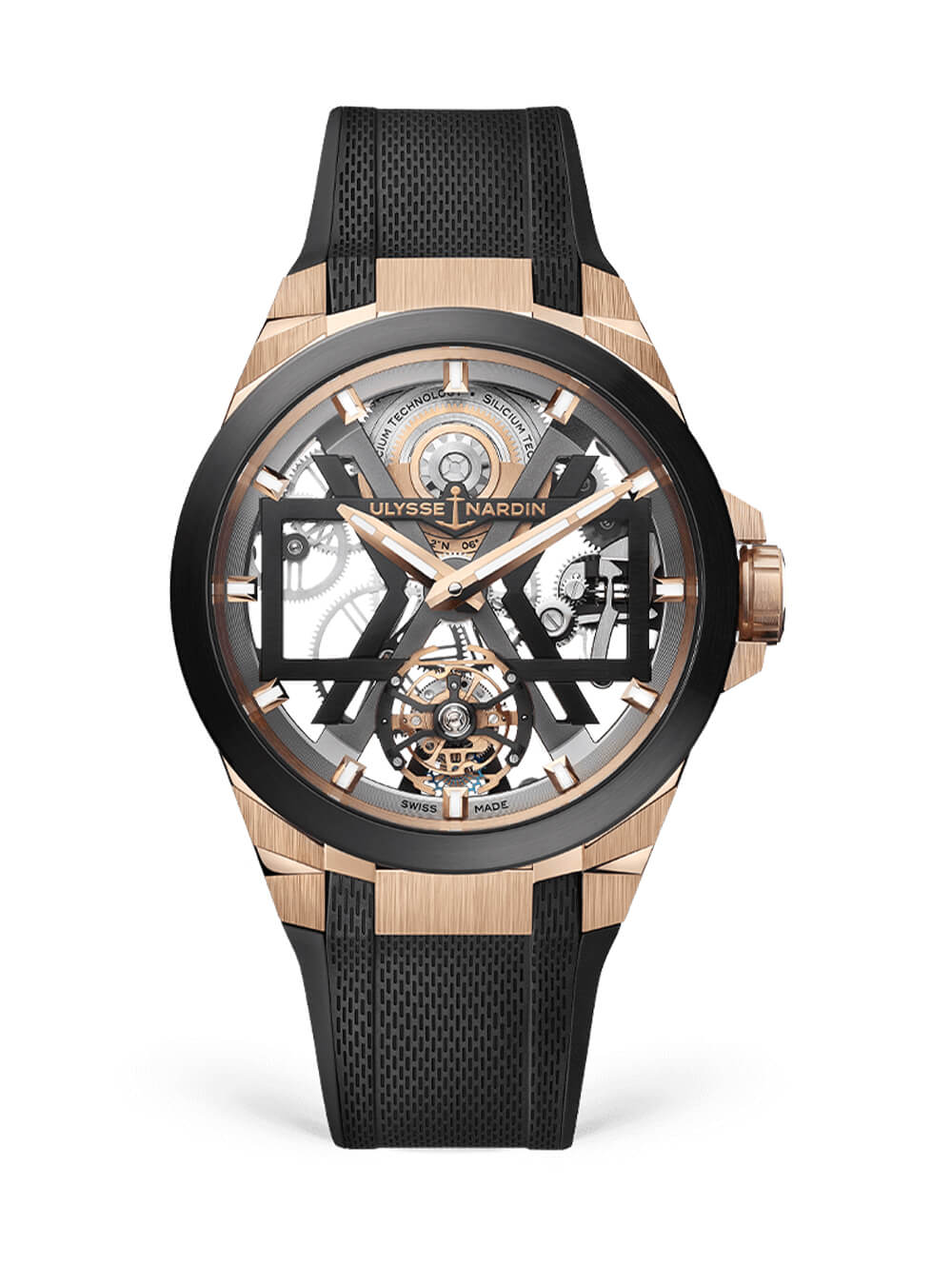 Available in four iterations, the Black Blast (Black Ceramic), Blue Blast (Blue titanium PVD), White Blast (white Ceramic and Titanium) & Rose Gold Blast will all be available on a variety of straps, including plain rubber, patterned rubber, alligator or calfskin leather, and velvet or denim. Prices will start at £40,000 for the Blue Blast.