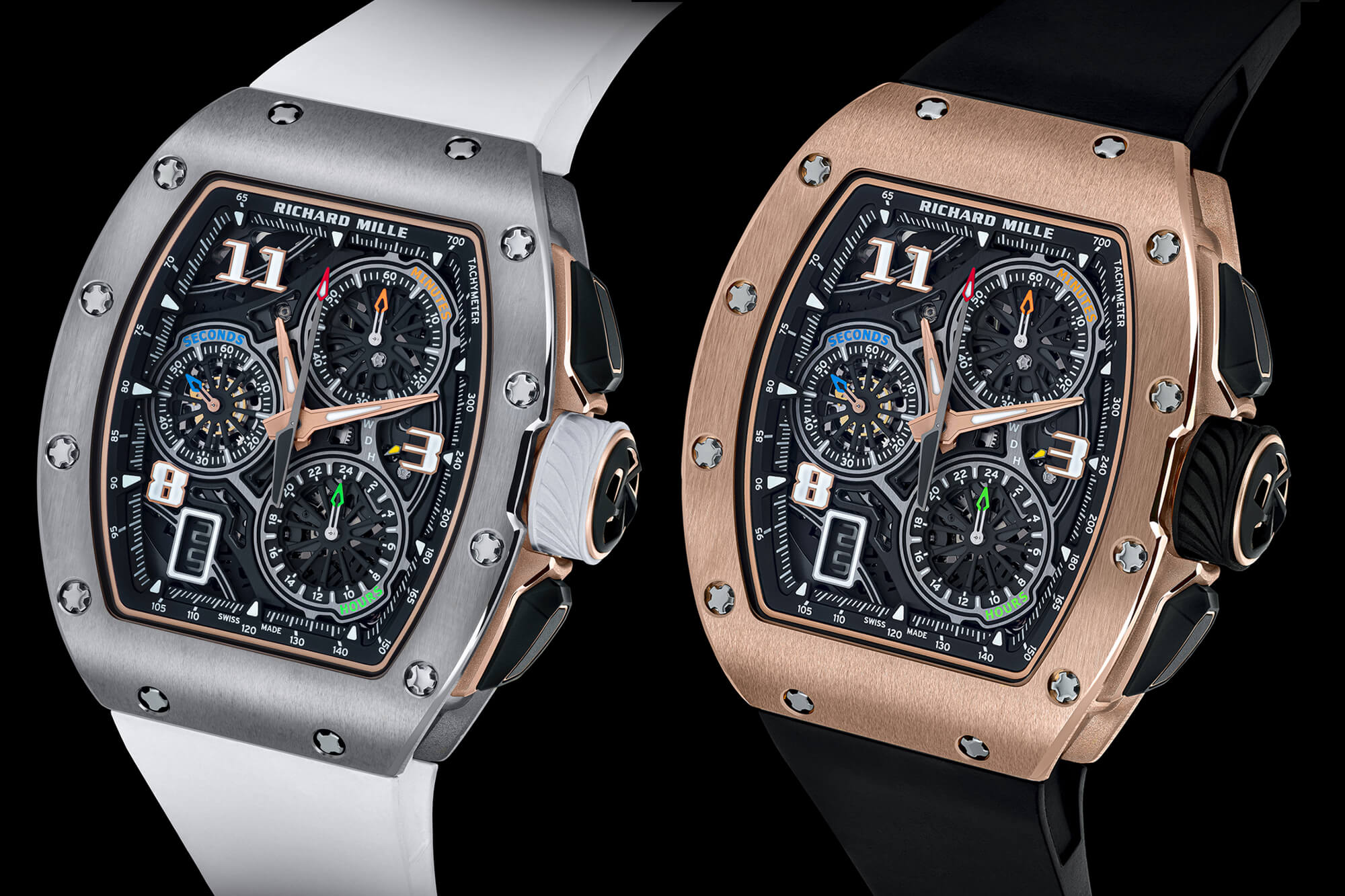 It might surprise you to learn that Richard Mille has never produced an in-house chronograph. Sure, tourbillons aplenty, aerospace-level materials and even the occasional G-force indicator, but no chronograph. For a sports watchmaker, that’s a travesty – one that’s now been rectified with the shiny new RM 72-01 Lifestyle In-House Chronograph.

By in-house, I mean it in the fullest sense without a hint of outsourcing. The flyback chronograph inside the watch took 30 months to develop and from a technical standpoint it seems well worth the time and effort, if the pending patent has anything to say about it. 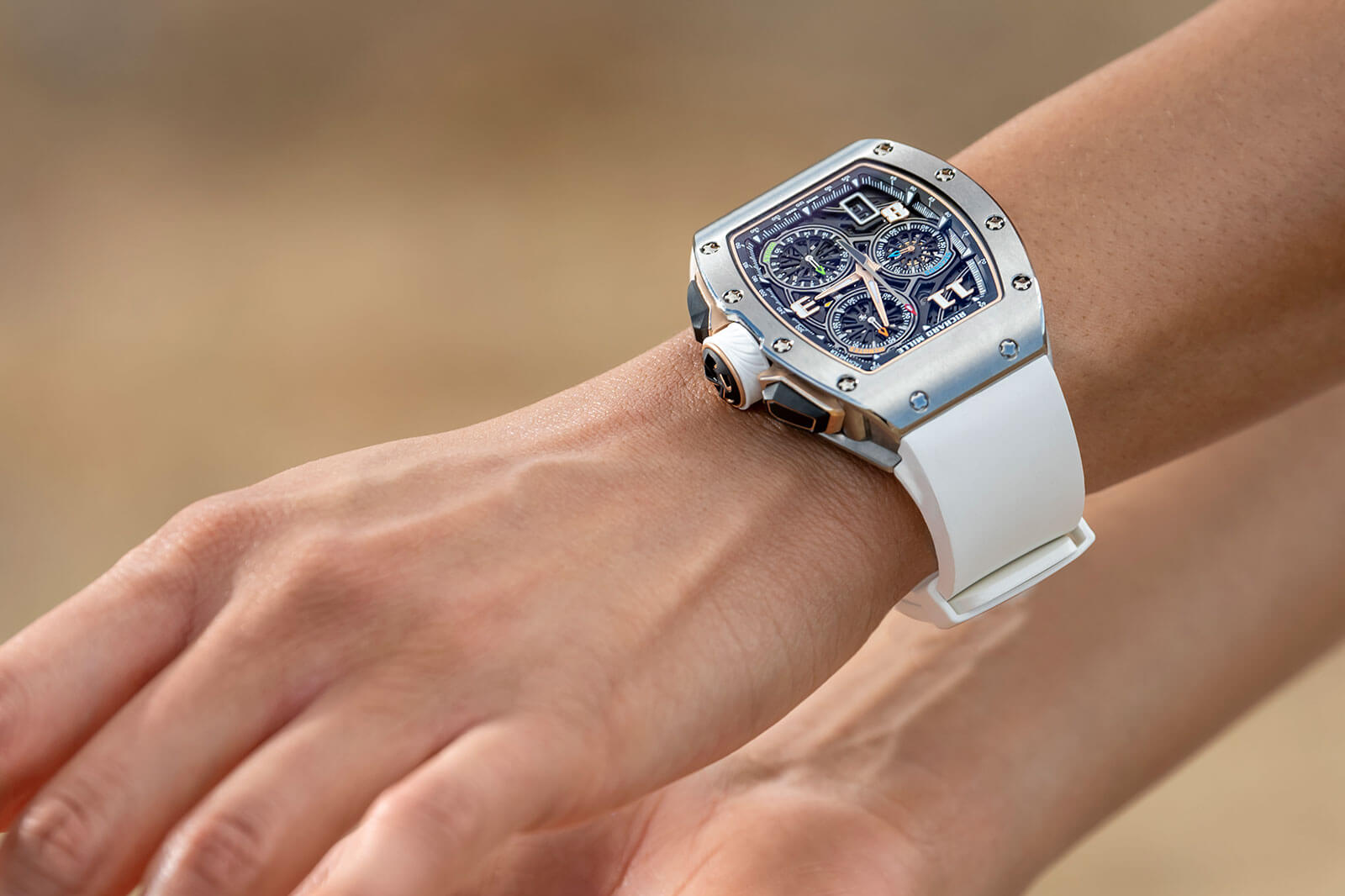 The secret is that rather than the usual vertical clutch tourbillon, Richard Mille have designed a double clutch using a double oscillating pinion mechanism. I won’t go too info heavy here, but it all boils down to completely separating the chronograph function from the minute and hour functions, so that there’s 0 torque transfer between the two. 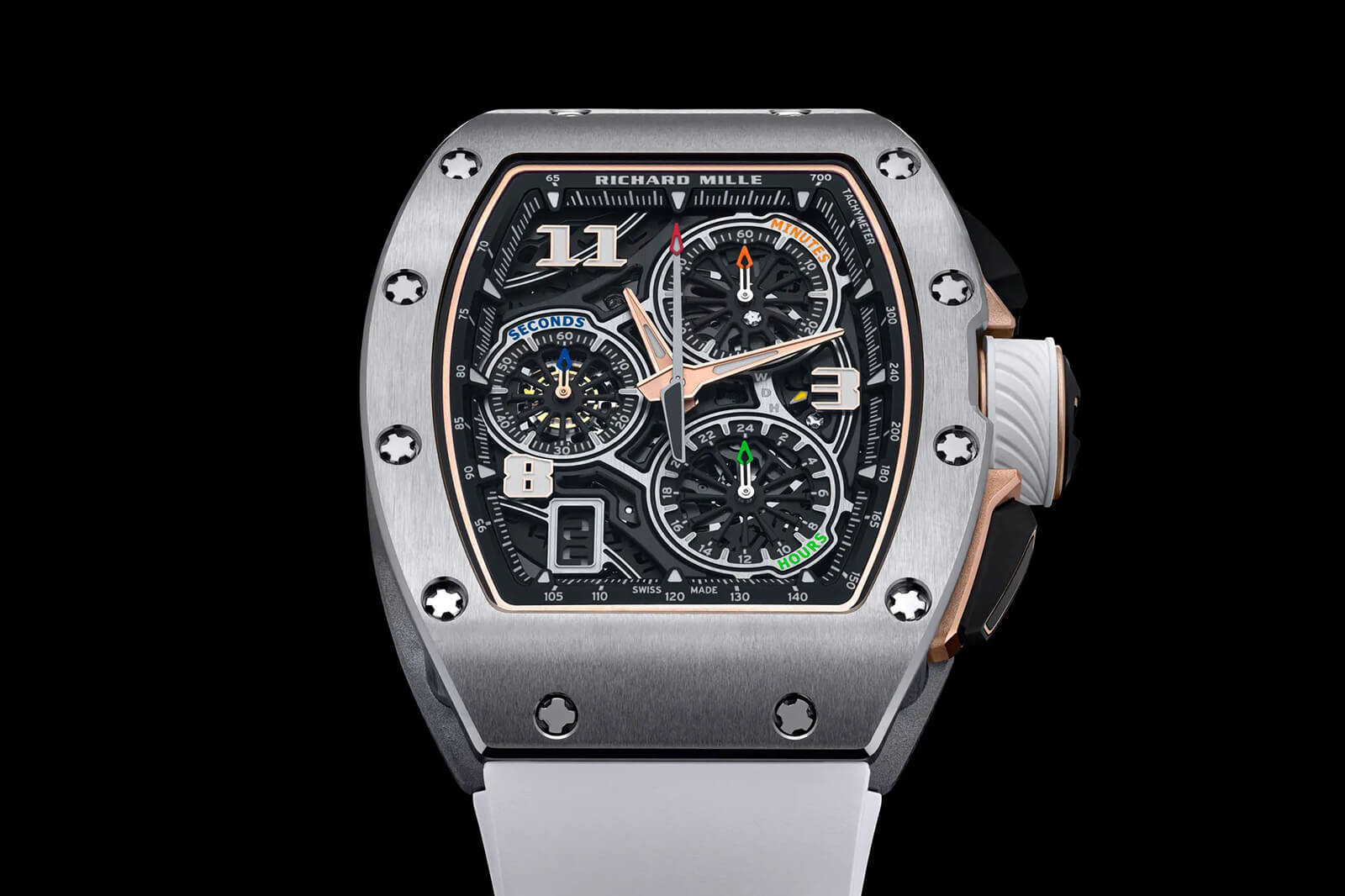 The end result is that the newly-christened Calibre CRMC1 remains slim at 6.05mm thick, despite being made from 425 different parts, and that the chronograph has very little impact on the overall power reserve of the watch. That power reserve is 50 hours which isn’t ground-breaking… until you realise it’s the same whether or not the chronograph is running.

While we’ve yet to get hands-on with the chronograph itself, we’re assured by Richard Mille that it’s ‘distinct, yet gentle’. Let’s hope it’s as good as it’s being hyped up to be; I have a serious issue with lacklustre chronograph pushers. 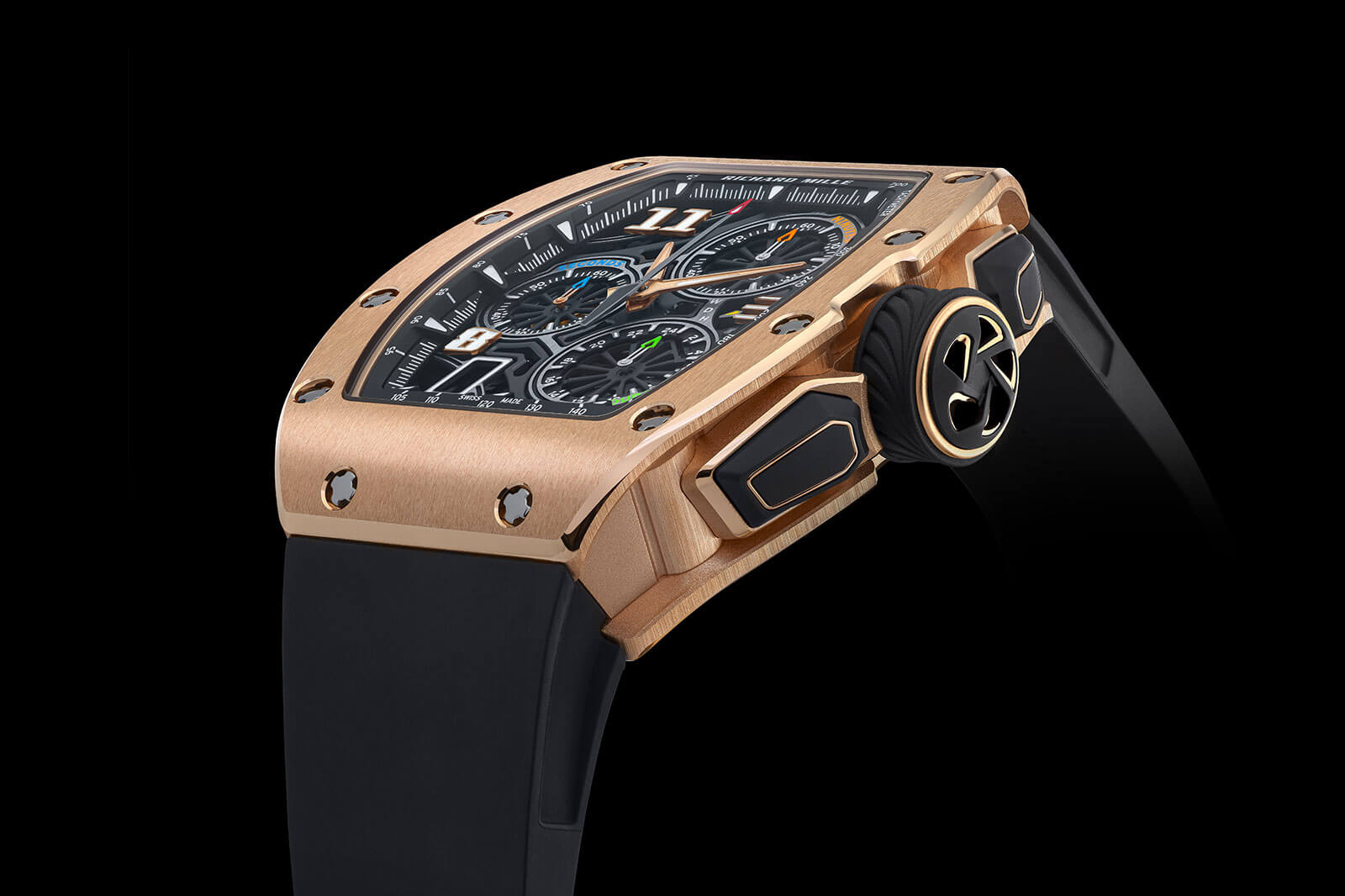 The rest of the movement is standard RM fare, which is to say serious cutting-edge horology. It has a free-sprung balance with variable inertia (it’s easier to adjust and more resistant to shock); it has an ever-useful function indicator for the crown and a fast-rotating barrel. Why that last is a good thing would take an article in and of itself to fully explore. 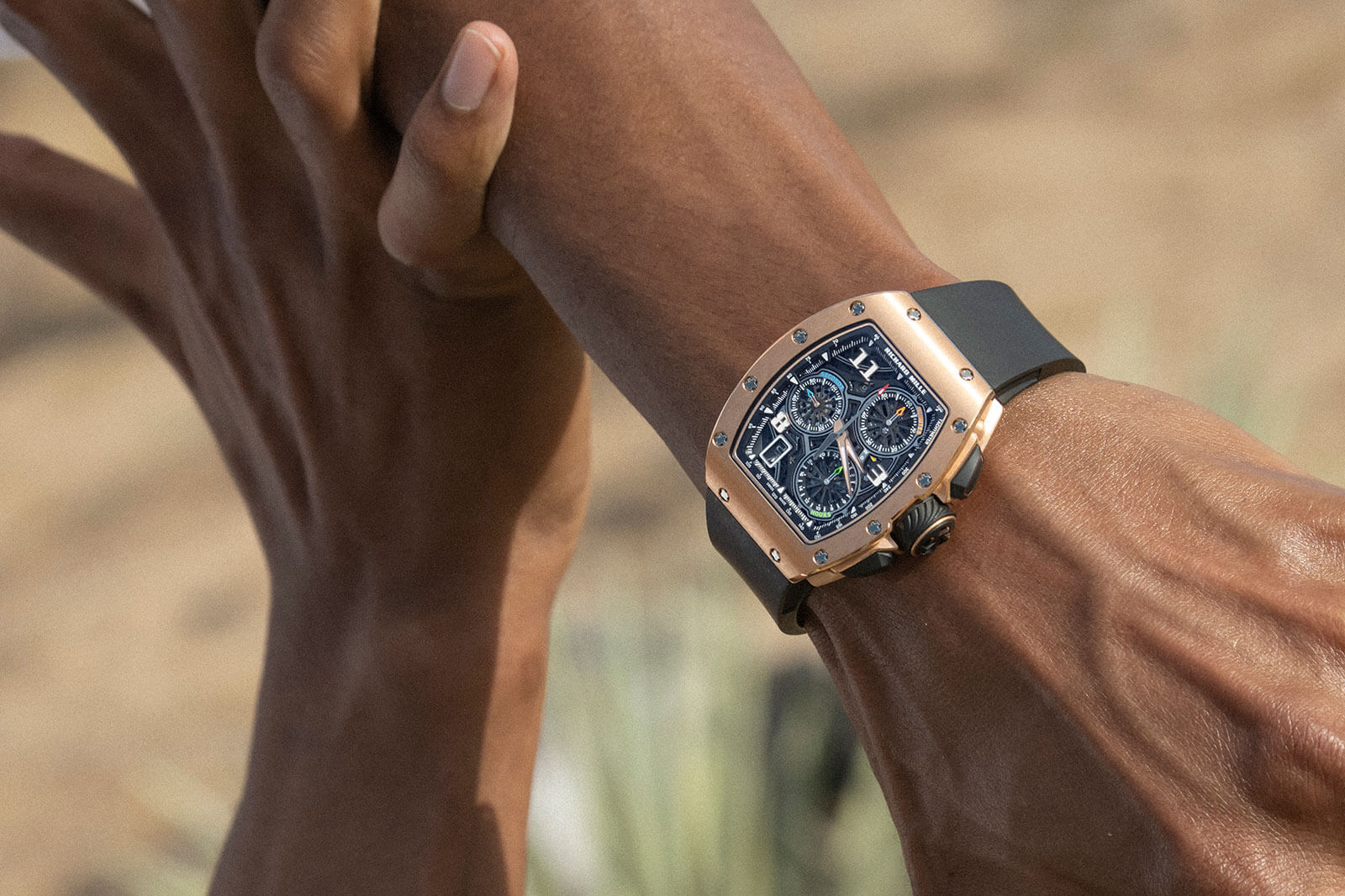 Looks-wise the new watch is pure Richard Mille with their signature tonneau case and visible, industrial screws around the bezel. That case is available in rose gold, grade 5 titanium or black or white ceramic with a rose gold case band. In all of them, the pushers are black ceramic and rose gold. 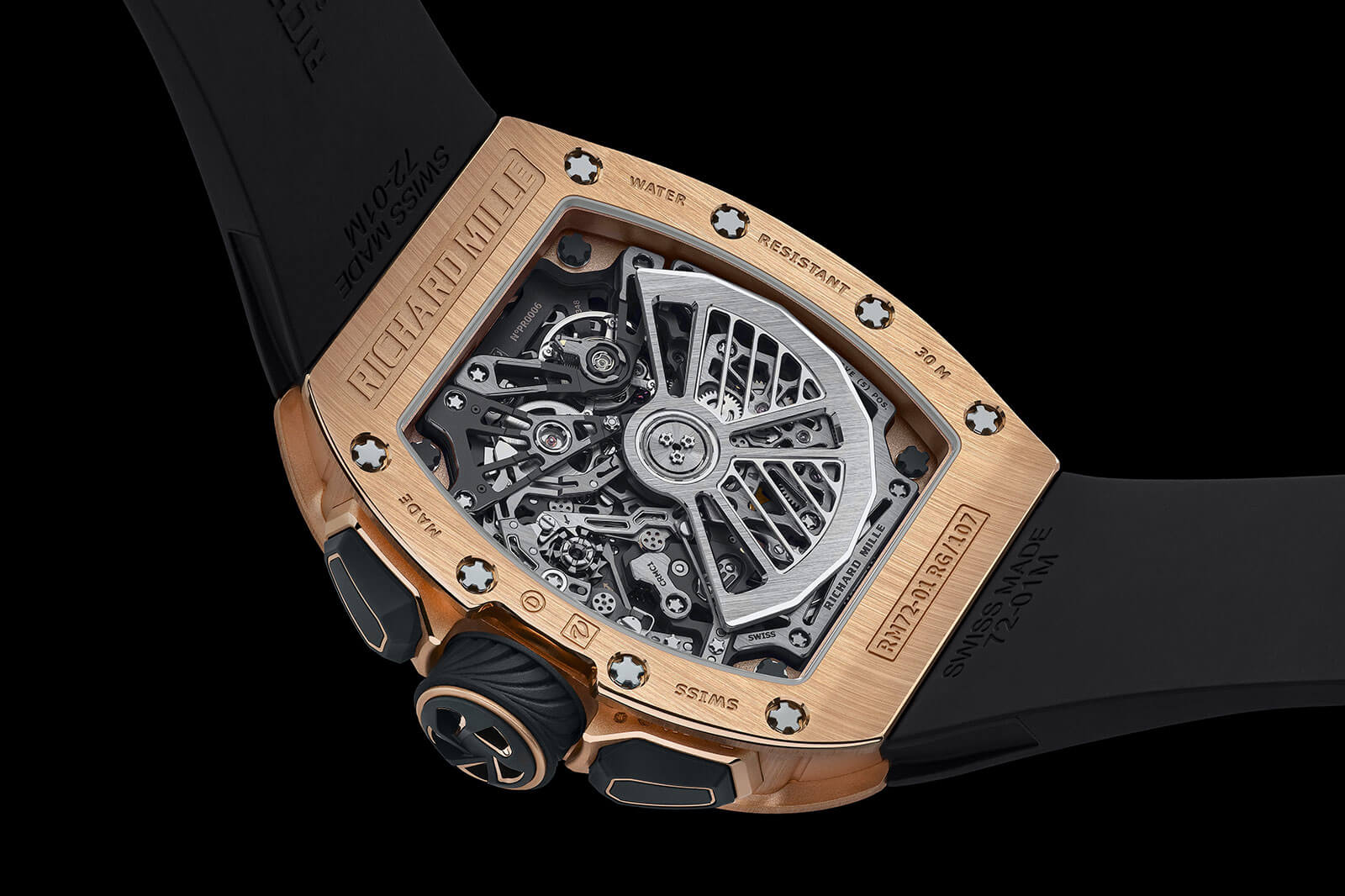 How ground-breaking this new chronograph is only time will tell, but it’s an impressive advancement all the same, adding another layer of haute horology to the intensity behind Richard Mille’s collection. This is most definitely their new flagship.