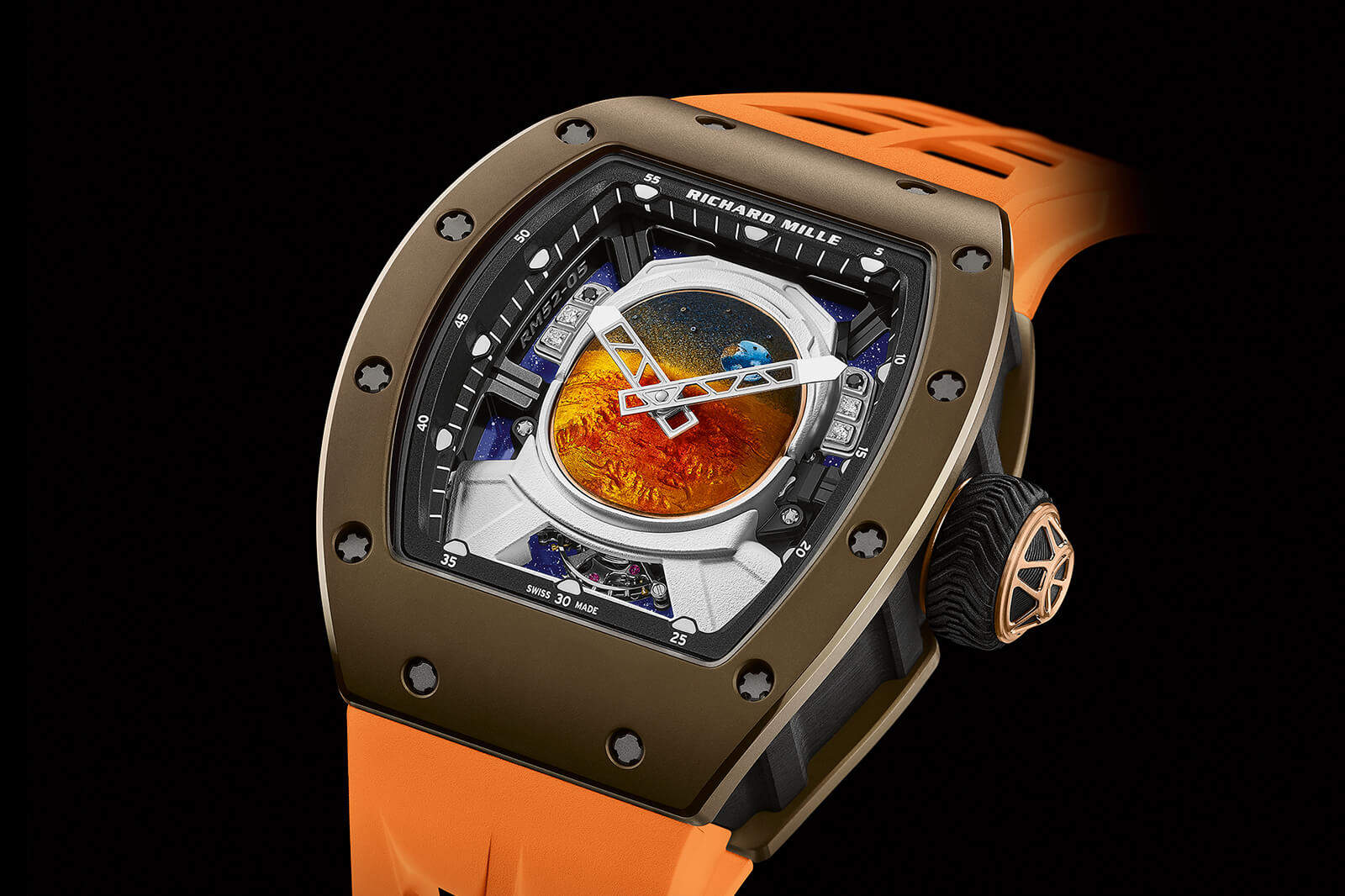 It’s not just Elon Musk that’s desperate to land on Mars; apparently, reaching the red planet is a dream of musician Pharrell Williams too. I can see why, given he’s already sold a record to most people on this planet. However, where he has one up on the slur-slinging Tesla founder is his partnership with Richard Mille and this: the RM 52-05 Manual Winding Tourbillon Pharrell Williams.

The case is typical Richard Mille fare – if anything from them can be considered typical, that is – with a brown cermet case, one of the watchmaker’s own hi-tech creations, in their signature tonneau shape. The movement, too, is the same manual wind tourbillon you’ll find in plenty of RM pieces. Mechanically, at least. 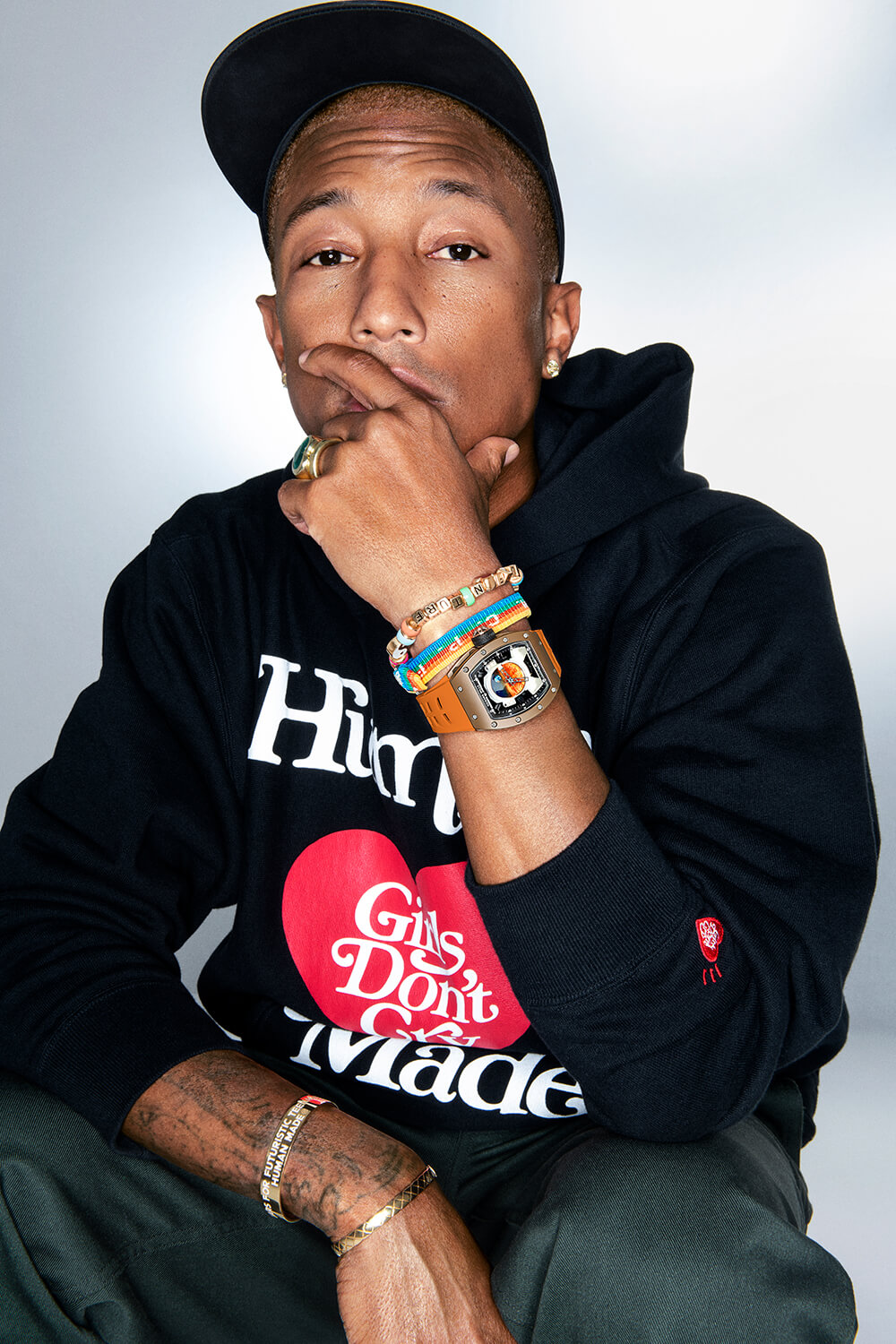 Because where this piece differs from everything else is the look. Created by an engraver, an enameller and a painter, the front depicts the view of the Earth from Mars, reflected in the visor of an astronaut’s helmet. 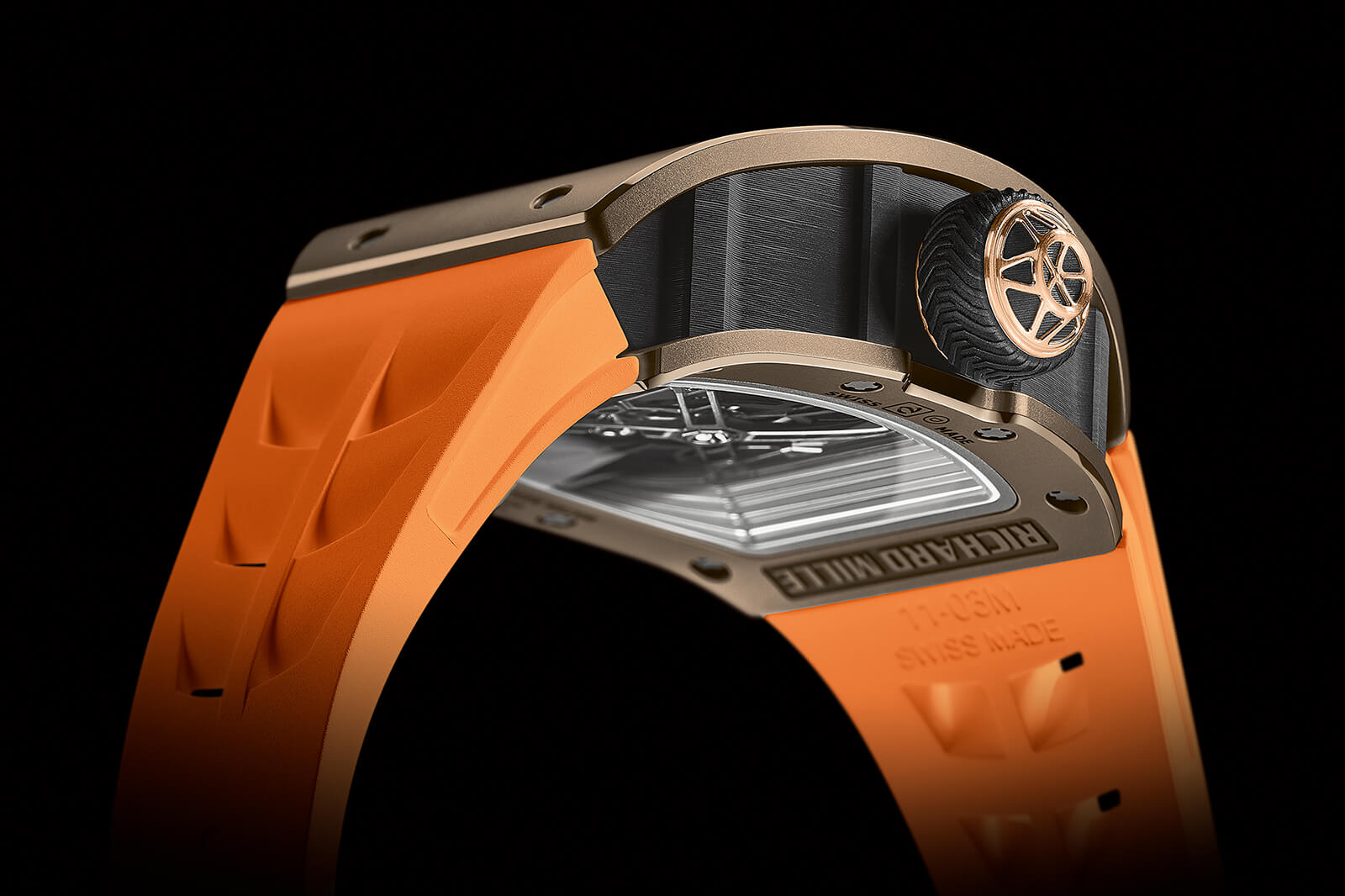 The scene has been painted onto a 5N gold visor using a specific airbrush developed for artist Cyril Kongo, another Richard Mille favourite. This is in turn set onto a Grade 5 titanium helmet and space suit, flanked by gem-set cameras either side. It’s magnificent and a nice change from the kind of skeletonised dials you’ll generally see from the watchmaker. 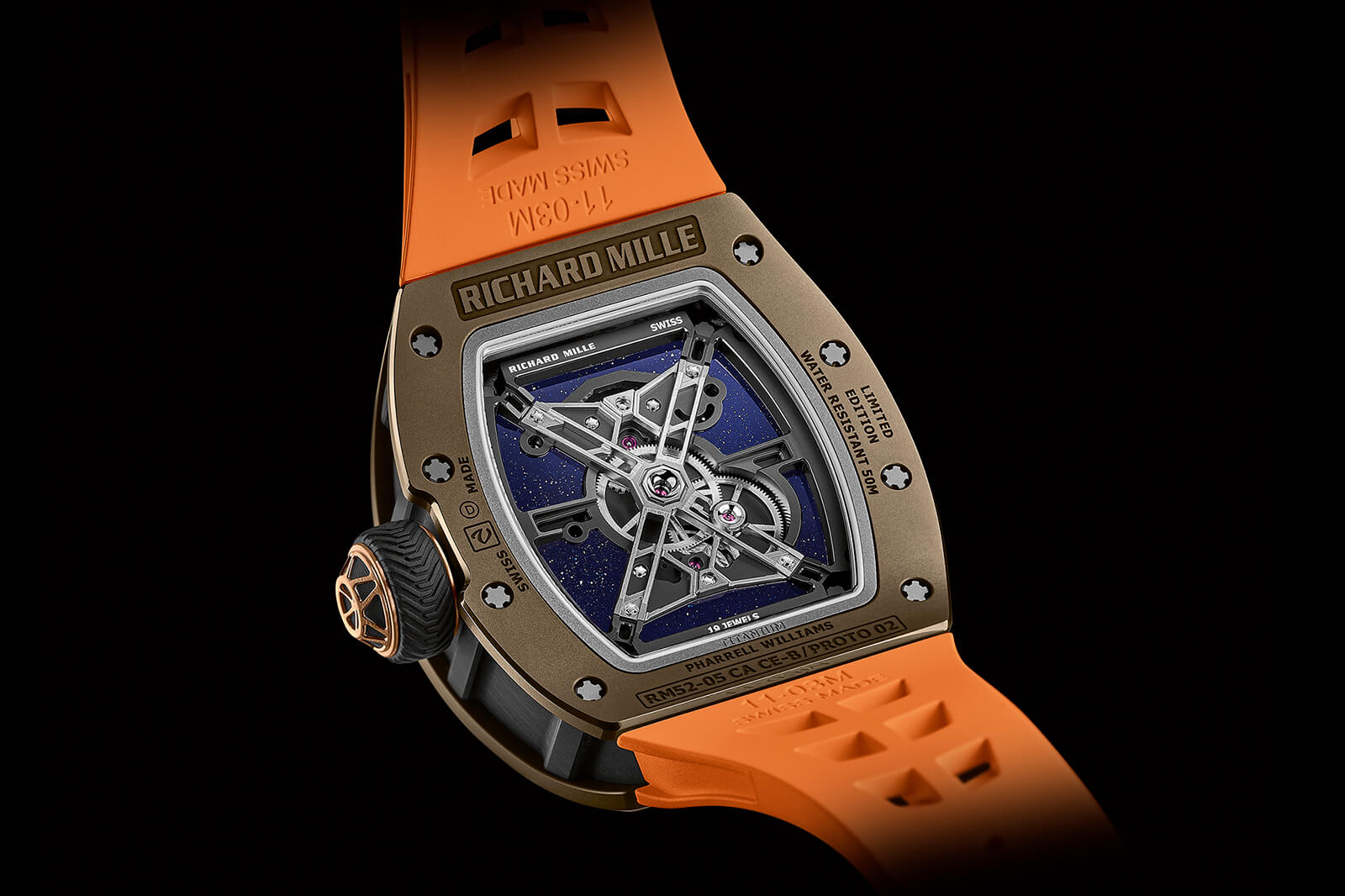 The movement too has been given one hell of a makeover, surrounded by huge pieces of aventurine glass that imitate starry space. It doesn’t affect the mechanics at all of course, but it’s nice to look at.

Occasionally Richard Mille’s partnerships blend into one another, particularly when it comes to the sportsmen-inspired ones. This however does not. In fact, we’ve seen nothing on Earth quite like it. Mars maybe…?