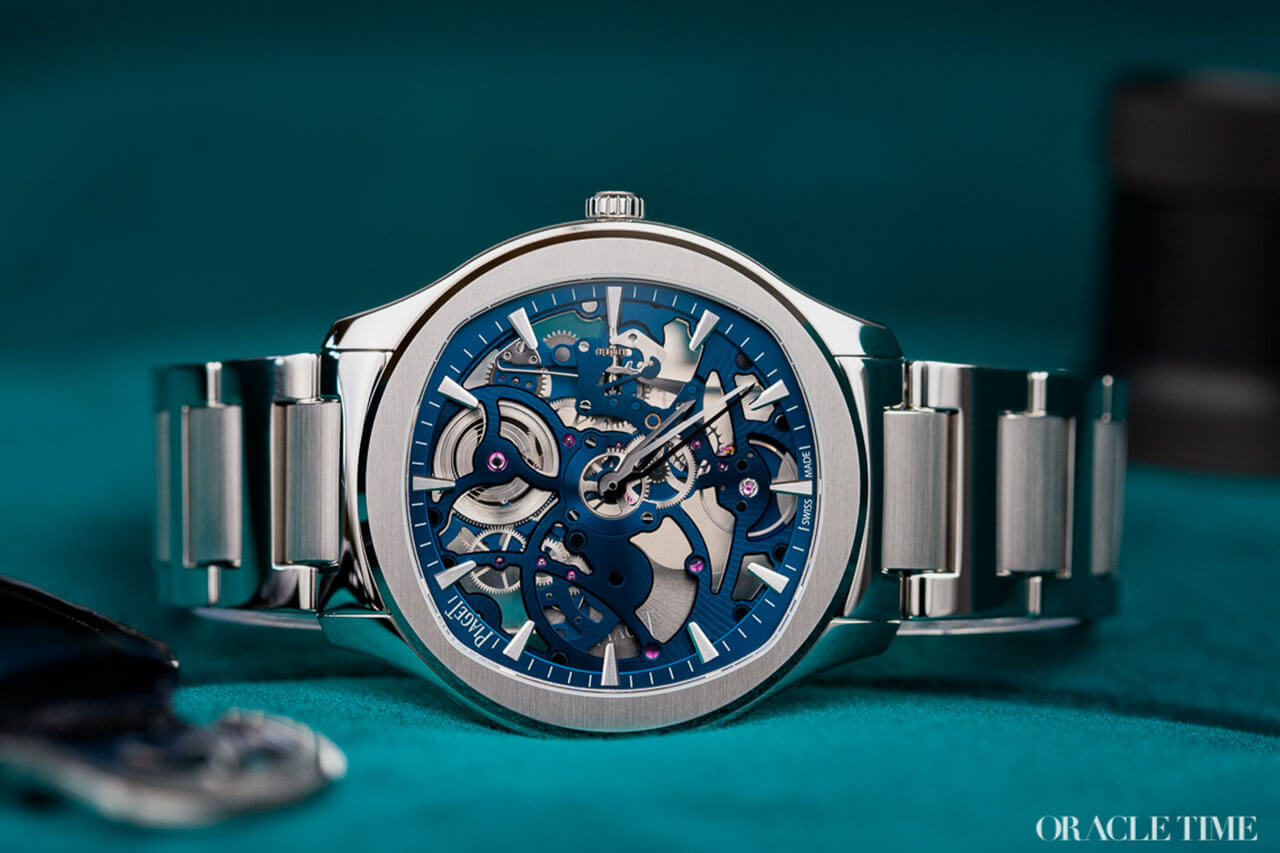 Last year we had the Piaget Polo into our studio for a little video on best alternatives to the Patek Philippe Nautilus. I still stand by the aesthetic similarities between the two but honestly, after getting hands-on with an earlier Polo, I have to say I love it in and of itself. It skews far closer to elegant than sporty, as you’d expect from its equestrian name and its dimensions tend to be a lot more restrained than, say, Chopard’s Alpine Eagle.

Now though the Piaget is out to avoid any and all comparisons to other watchmakers with their latest offering, the new Polo Skeleton. While the new watch has the same rounded square of a cushion-shaped 42mm stainless steel case that previous models have had, complete with the alternative brushed and polished surfaces, the Skeleton feels like a completely different animal. 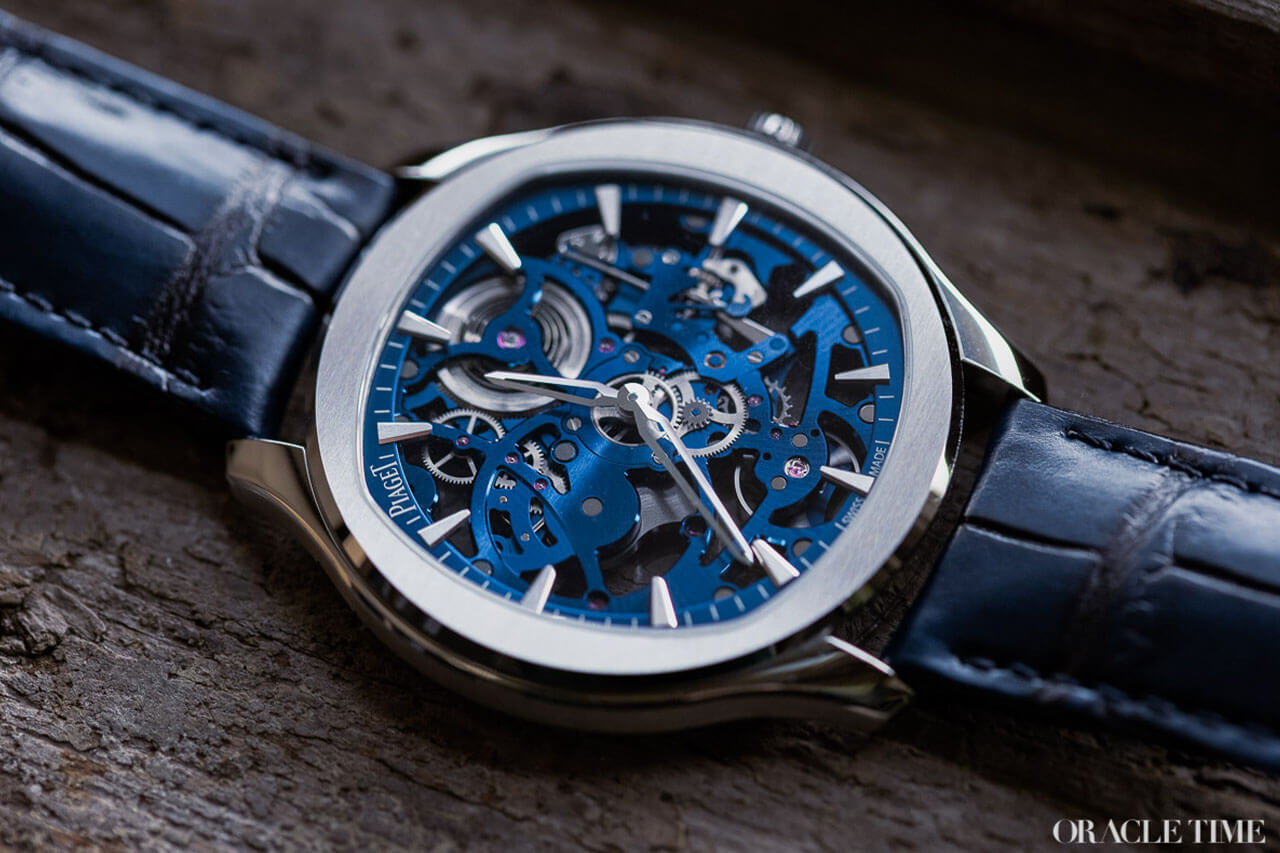 A good part of that is, while the diameter might be the same, the thickness is not. Piaget has always had a penchant for the ultra-thin and here they’ve made the most of their phenomenal 1200S1 calibre, a movement that measures just 2.4mm high. It means that the Polo, despite its sporty looks face-on comes 6.4mm off the wrist.

Of course, you’d need to be blind not to appreciate the main thing the new watch has going for it. It’s in the name and all but defines the piece: skeletonization. I’ve never been a huge fan of overly skeletonised watches for the simple reason that I don’t particularly like the back of my wrist. I’m not saying it’s a crippling issue, but I’d much prefer to see a lovely dial than my pasty white skin. Thankfully there’s enough going on here that there’s only hints of vitamin E deficiency. Plus, what is there is beautiful. 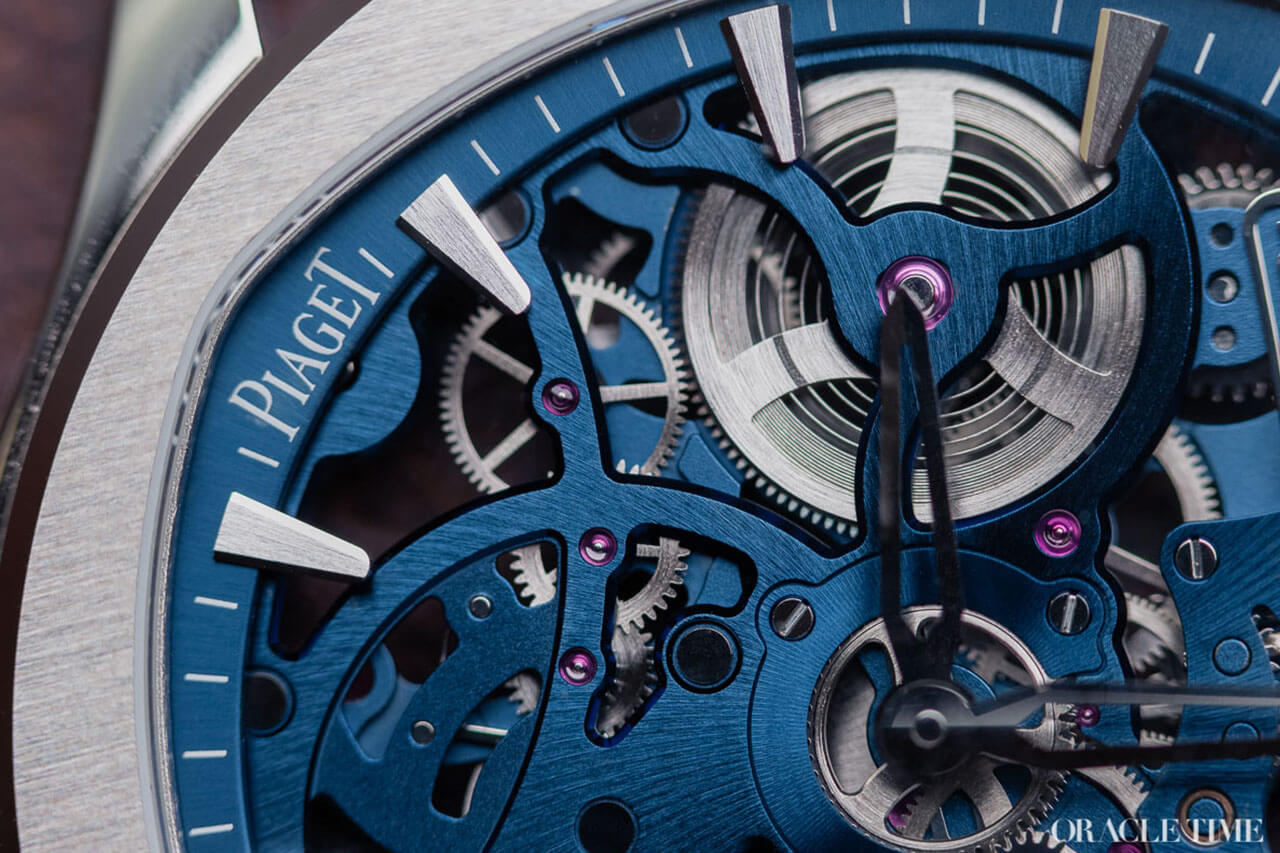 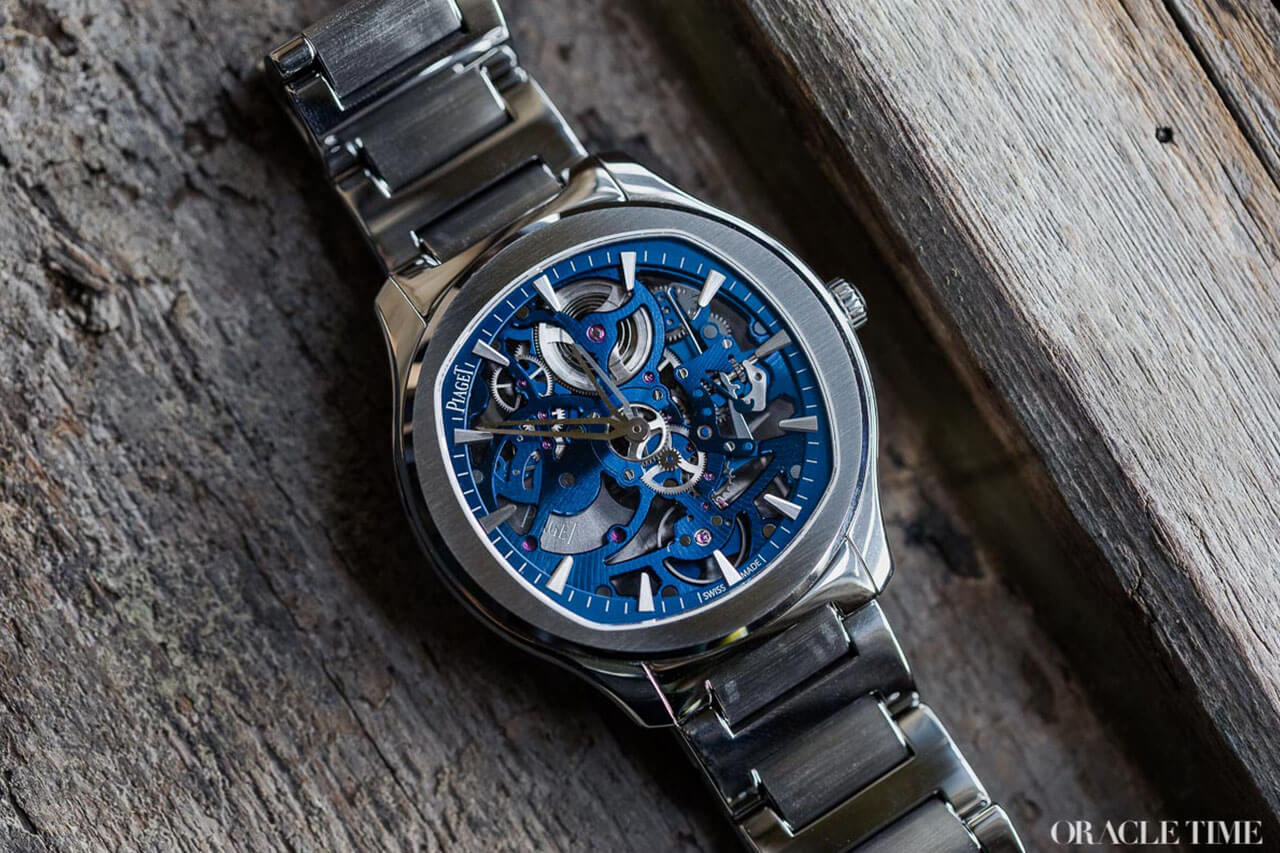 I would say that like any skeleton watch there’s the pitfall of readability. The applied indexes do their best to stand out but the hands do still get a little lost particularly as they too are skeletonised. But then that’s all but an inevitability in this kind of watch and I’d argue that the overall look of the Polo Skeleton is well worth an extra half-second reading the time.

On the wrist it feels phenomenal. I’m sure some wearers will have an issue with the ultra-slim silhouette feeling a little fragile, but for me the overall proportions of the case stop it feeling like it’s about to snap. I’ve always been a fan of Piaget’s slimline Altiplanos anyway, so this combination of sporty style with that same kind of elegance on the wrist is a win-win situation.

There are two versions of the watch depending on if you love Piaget’s signature blue or want something a little more subtle in the anthracite version. If you’re thinking of a skeleton watch, subtlety probably isn’t a priority.

Either way, with the exceptionally comfortable bracelet and you have a watch that proves the Polo is much more than just another sports luxe contender. It’s not even playing the same game anymore.