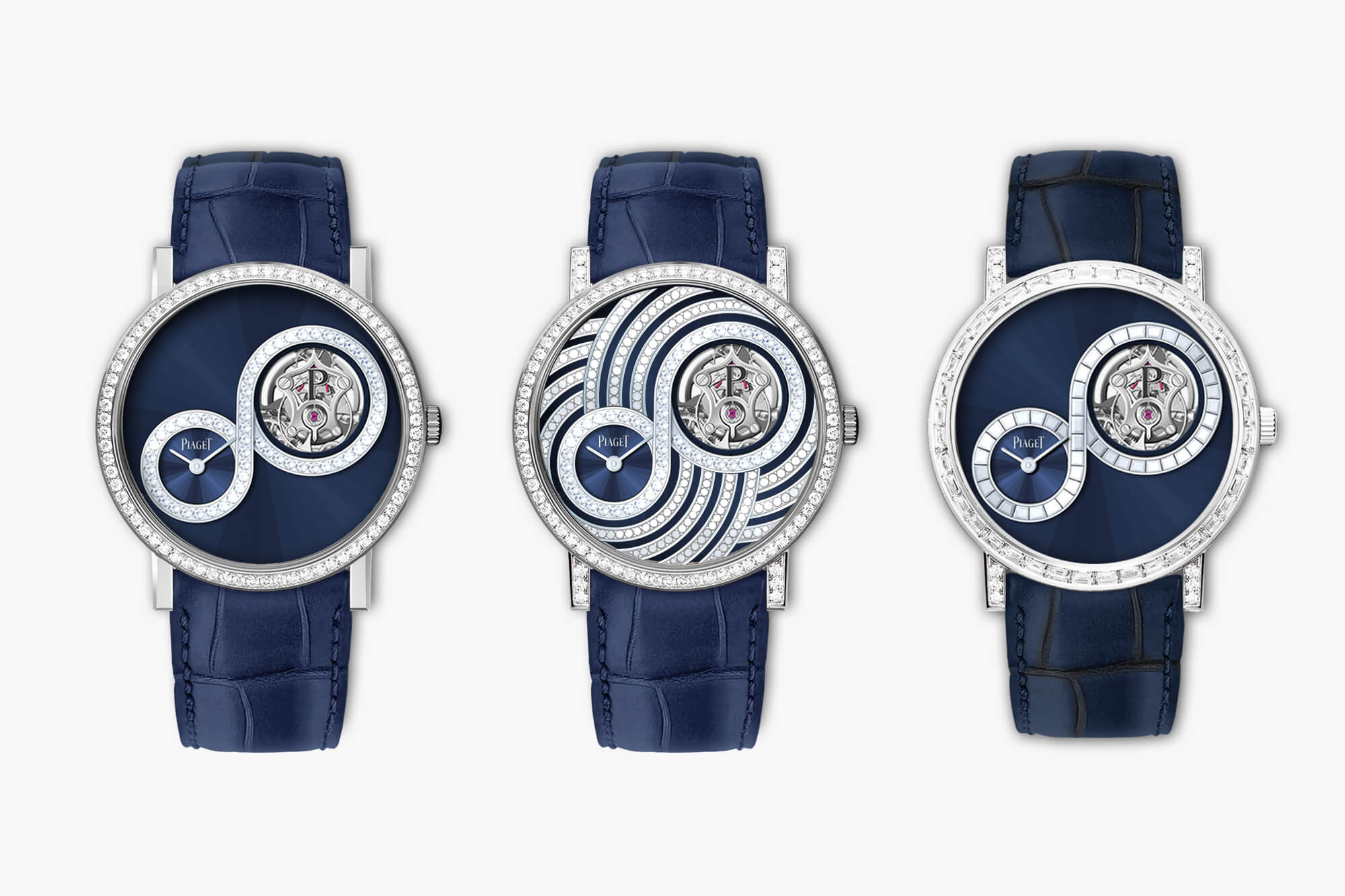 Back when Piaget released the Altiplano Flying Tourbillon back in 2017 it was to celebrate 60 years at the top of the ultra-thin game, something that, after fighting off Bulgari for the world’s thinnest automatic, they’re still very much the king of. Now that anniversary movement is back in three new limited editions – and it doesn’t look like Piaget is giving up their crown any time soon.

The Piaget Altiplano Infinite Blue comes in three not-so-different limited edition versions. All three of them have the sunburst pvd dial in a spectacular night sky blue. All three have the same 41mm white gold cases and at the heart of each is the same 670P flying tourbillon-equipped movement, the heart of which is open at 2 o’clock. 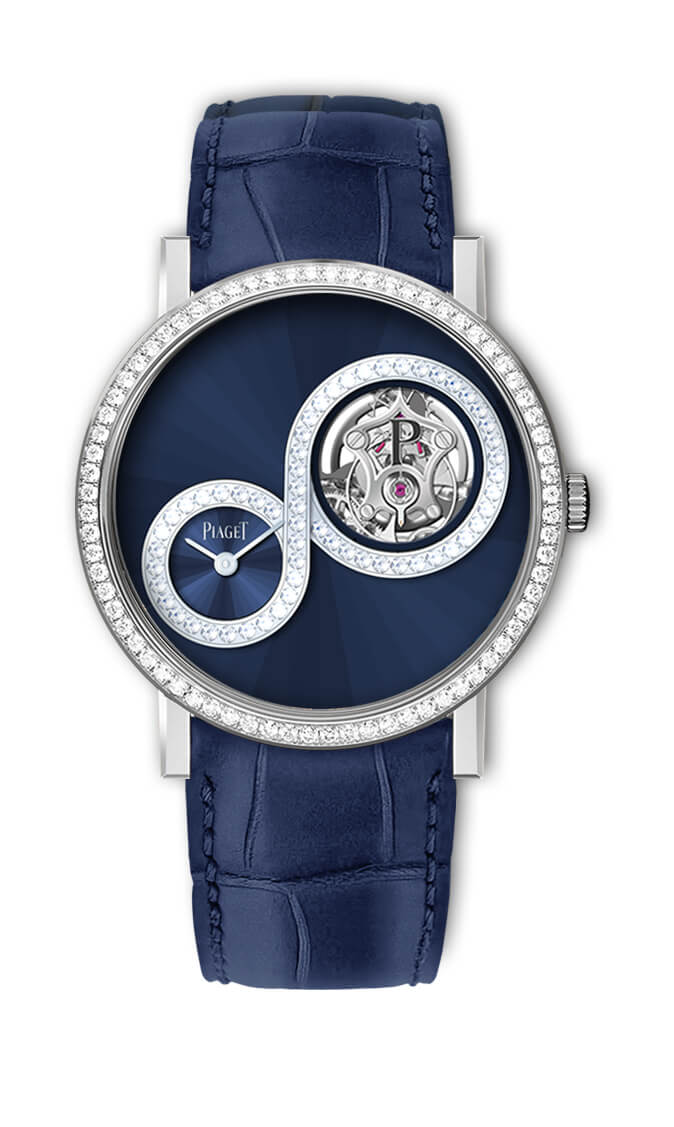 That movement is worth a paragraph to itself so I’m going to give it one. The tourbillon contains 157 different components, all ultra-thin, ultra-light and slotted into one another like floorplans drawn up by MC Escher. Some of those measure the thickness of a human hair, making the otherwise tiny 2.8mm carriage unwieldy in comparison. It’s a feat of horological wonderment that here has been given the high jewellery treatment it deserves.
There are diamonds aplenty across the three limited edition watches, but where they differ is just how many and what type, the least embellished of which is the 38-piece limited edition. Not only is the centre of the dial shining with a diamond-encrusted infinity sign curled around subdial and tourbillon cage, but the lugs, case, bezel and buckle are all pretty blinged-out too, totalling 135 stones and 2.29 carats. 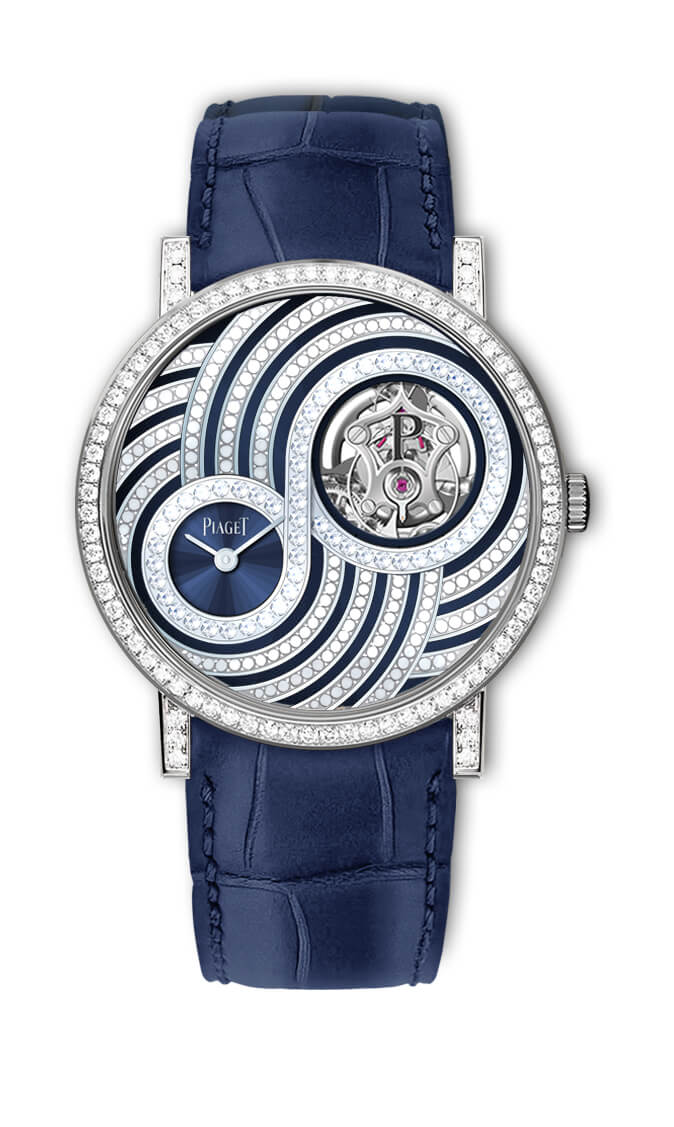 The second, more rarefied limited piece is the 18-piece limited edition version  (Piaget loves the number 8), and extends that infinity symbol across the entire dial like ripples. Again, the rest of the watch is substantially shiny as well, totalling 276 diamonds and 3.41 carats. 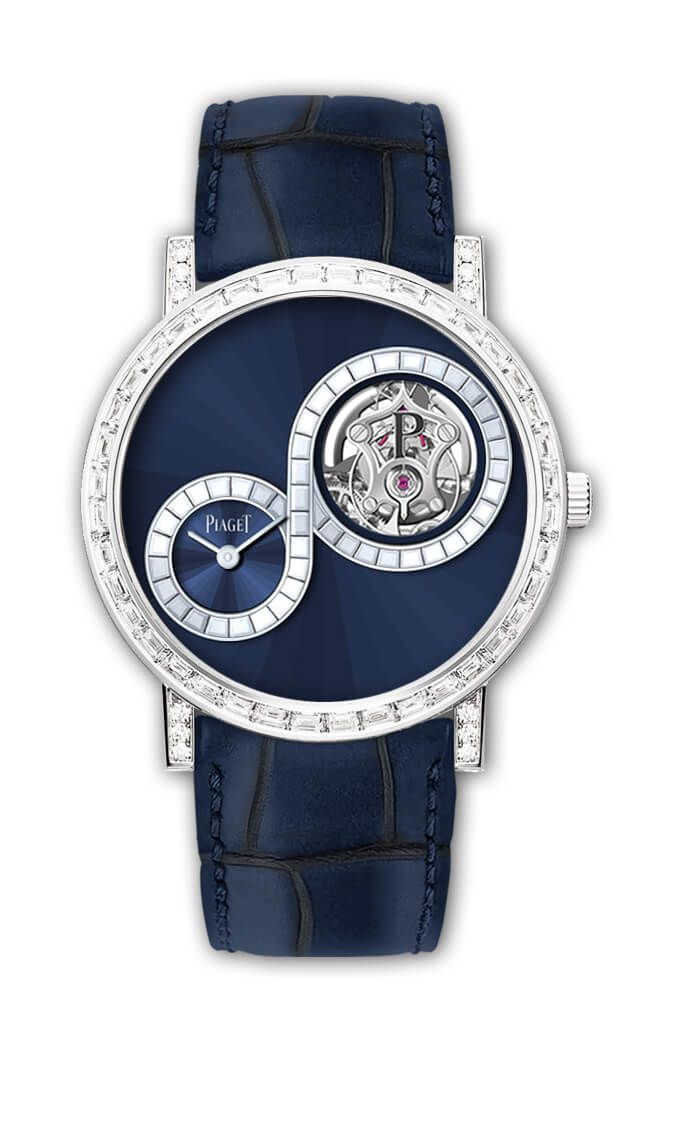 Finally, we come to the piece that makes the other two seem common as much: the 8-piece limited edition. In case you hadn’t clocked onto the theme yet, this one has even more extraordinary stones. Not only does it total a downright silly 386 diamonds across dial, lugs, bezel, case and buckle – coming in at a heavyweight 6.05 carats – but a good number of those are baguette diamonds. That means solid lines of precious stones with nary a break for the settings.