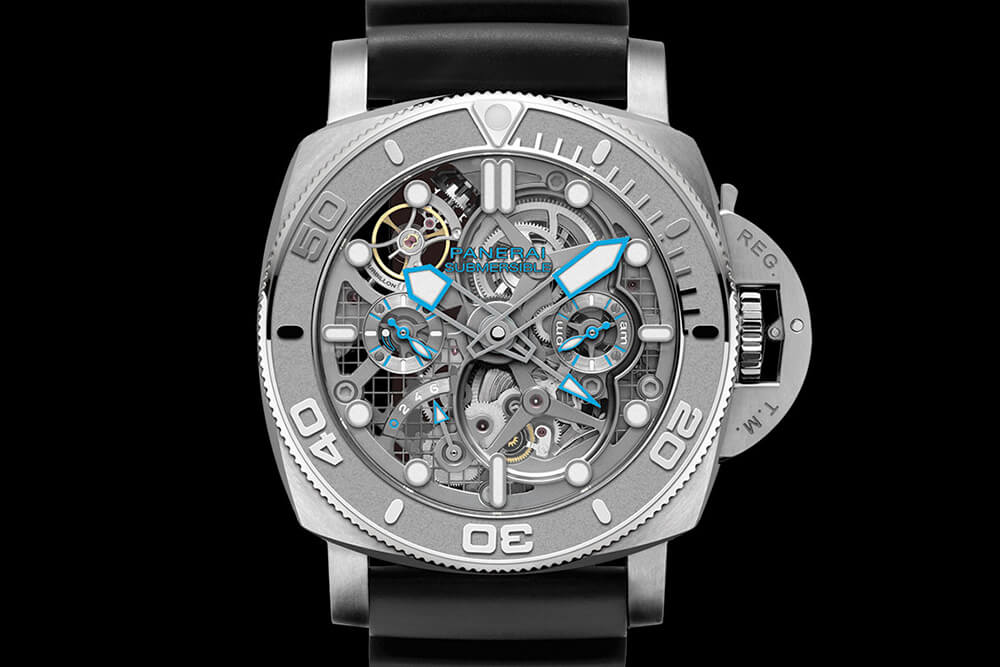 A big ticket watch needs a hook to stand out from the crowd these days, a raison d’etre, but no matter how haute de gamme the watch, we can’t think of any that compete with the myriad stories offered up by Panerai’s new Submersible EcoPangaea Tourbillon GMT 50mm Mike Horn Edition.

As the name suggests, the robust 50mm steel watch has been developed to withstand the extreme conditions frequently experienced by Panerai brand ambassador and explorer Mike Horn with 300m water resistance and a soft iron movement ring to ward off magnetism. Visually the watch’s dial is virtually identical to 2016’s Luminor Tourbillon GMT ‘Lo Scienziato’, with its open dial, central GMT hand and layout of its AM/PM and small seconds sub dials.

But that’s not the end of it, not by a long shot. 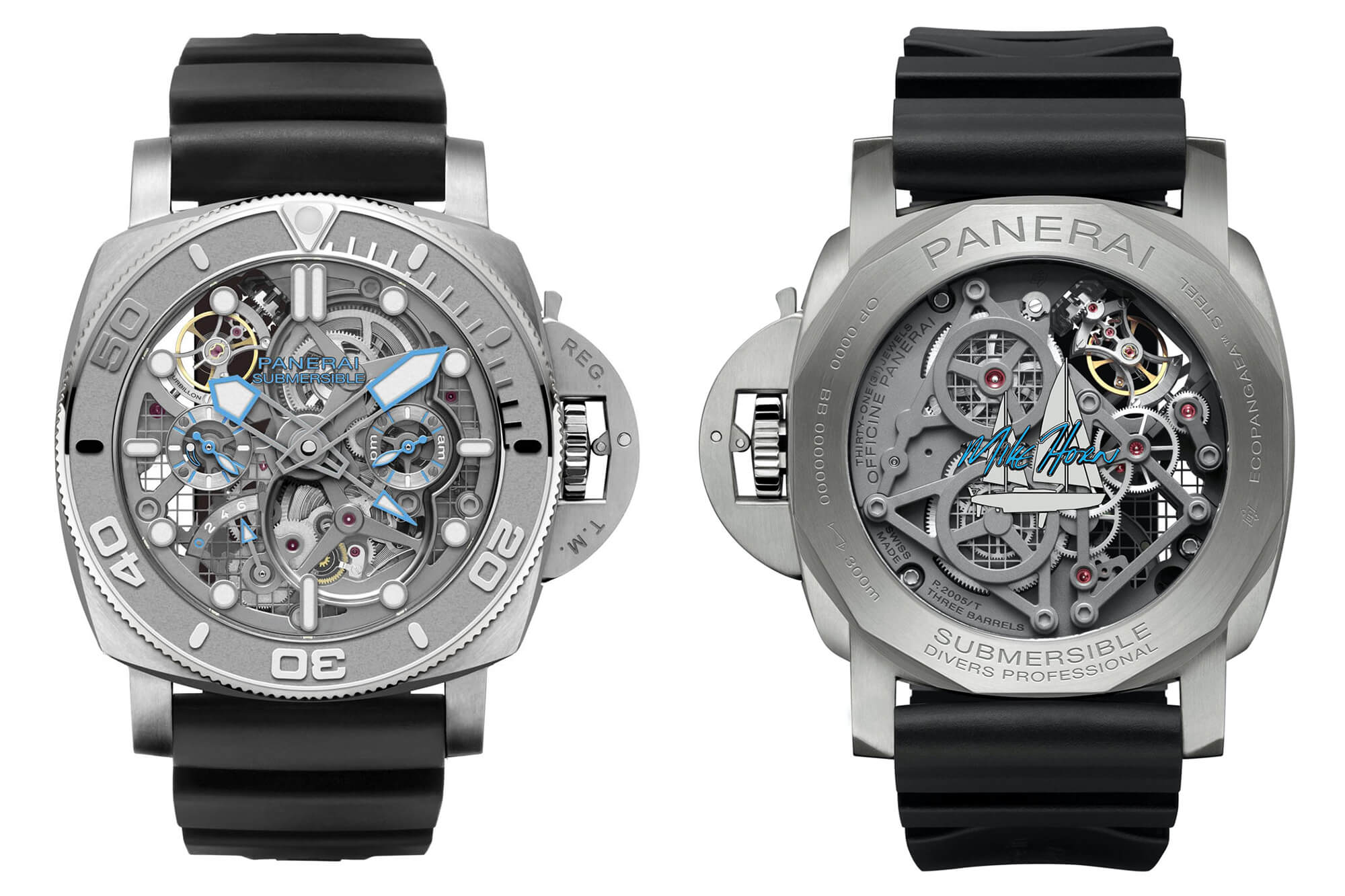 To begin with, the watch illustrates Panerai’s continuing belief in the use of recycled materials. Last year it was EcoTitanium (sourced from the aviation industry) now it’s EcoPangaea. Pangaea, as it turns out, is the name of Mike Horn’s sailing ship and the steel used to make the watch’s case is taken from its 35m-long drive shaft before being refined. Even one of the two straps supplied with the watch is made of recycled PET plastic, which usually comes from plastic bottles.

Panerai CEO Jean Marc Pontroué began extolling the virtues of experiential packages towards the end of his seven years in charge of Richemont stablemate Roger Dubuis, often inviting customers of the motorsport-infused brand to collect their latest purchase trackside at races. But he has gone much further since arriving at Panerai, first with a trio of watches launched last year, each attached to freediving, commando and arctic exploration experiences. 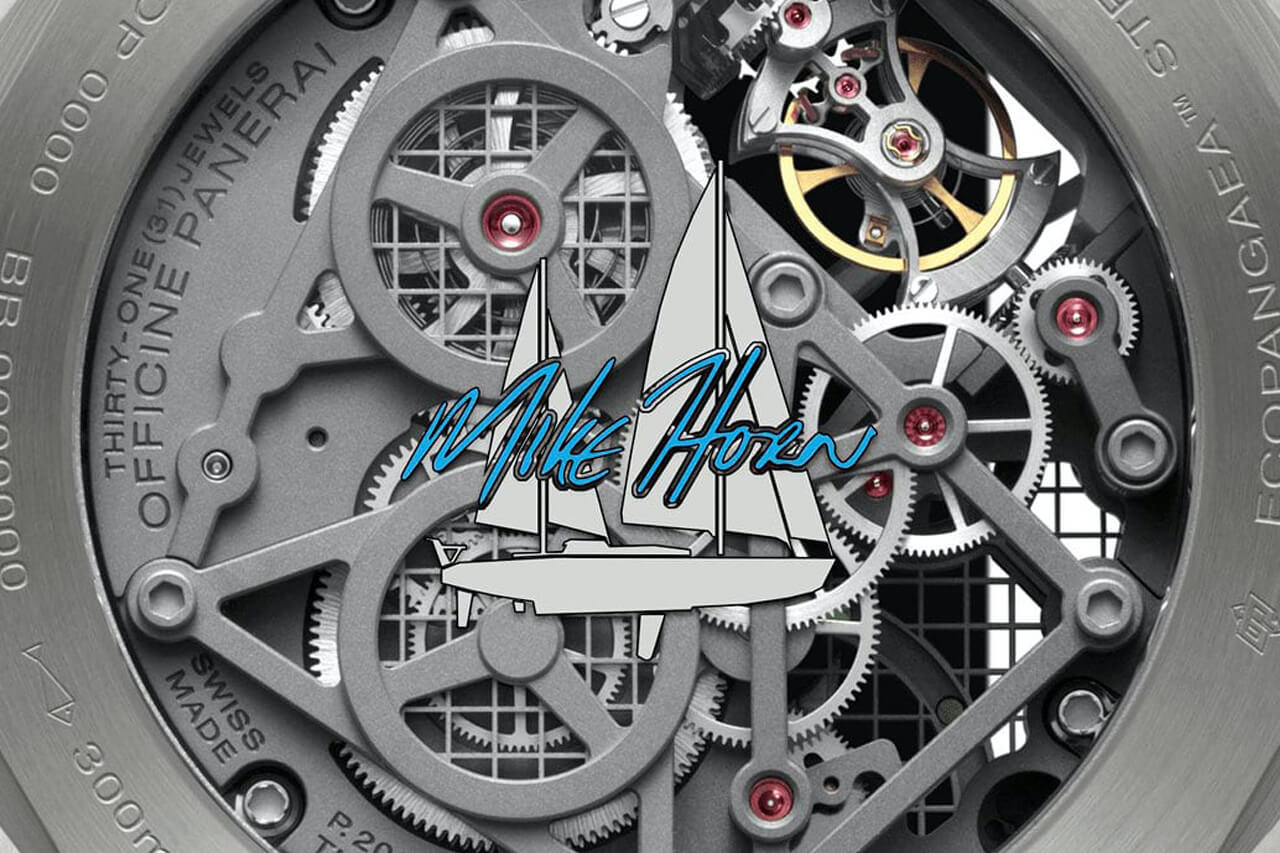 Horn himself led the arctic expedition and will now oversee a second one, joined by the buyers of this new model.

And, should that not be enough for potential buyers, it is also the first watch in Panerai’s Submersible line to feature a tourbillon, here a 30-second mechanism. The inhouse P.2000/T hand-wound skeleton movement is made of titanium and achieves a six-day power reserve using three mainspring barrels.

If you want a watch that offers more talking points than most, not to mention the chance to take part in an incredible arctic experience, you’d better get in quick, just five pieces are being made and offered exclusively through Panerai’s own boutiques.