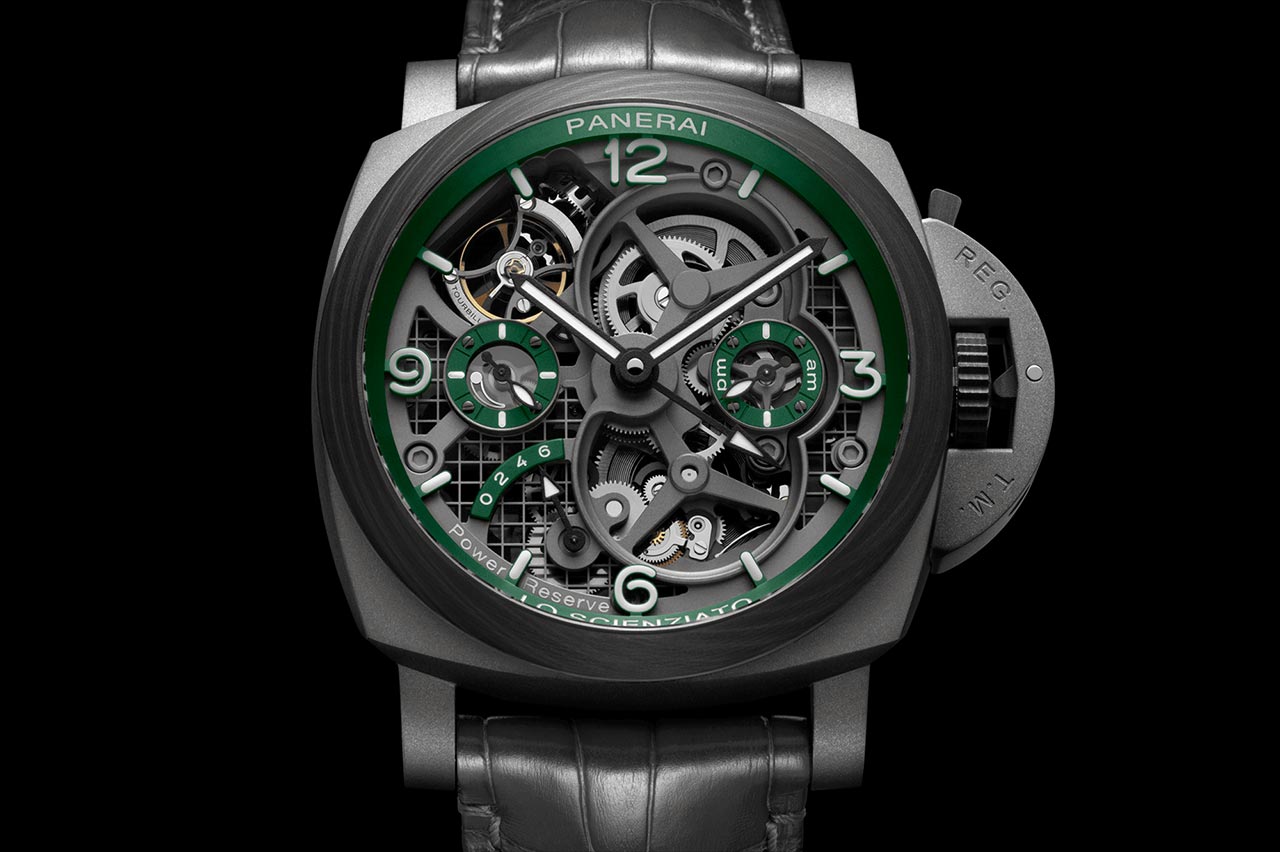 You do tend to know where you are with Panerai. Sure some are chunky tool watches, some are more elegant… tool watches, but they’ve remained relatively similar over the years. Then there’s the new Luminor Tourbillon GMT. If Panerai’s recent focus on the Submersible made you forget about the halfway house that is the Luminor, this is one hell of a reminder.

The 47mm cushion-shaped titanium case is pure Panerai; it’s oversized, rugged and an instantly-recognisable signature of the ex-Florentine watchmaker. That however is about all the ‘Lo Scientziato’ collection has in common with the rest of the wider Panerai offering. 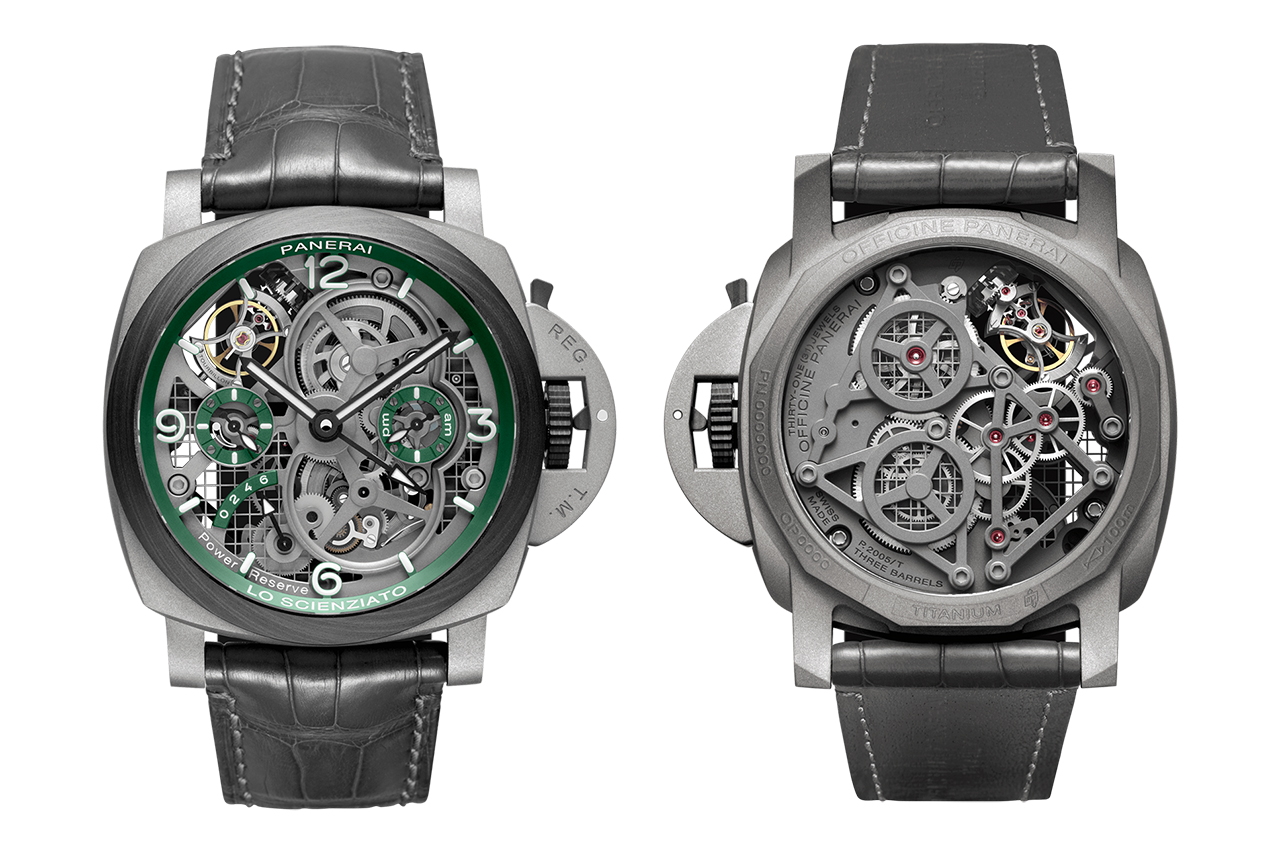 You see, despite the size of the case it’s incredibly light. That’s because the case has been built using a laser 3D printing technique known as Direct Laser Sintering, first introduced with the Lo Scienziato Luminor 1950 Tourbillon GMT Titanio back in 2016. Here, the titanium is sintered layer upon layer to create the ultimate lightweight construction, about 40% lighter than the metal alone. 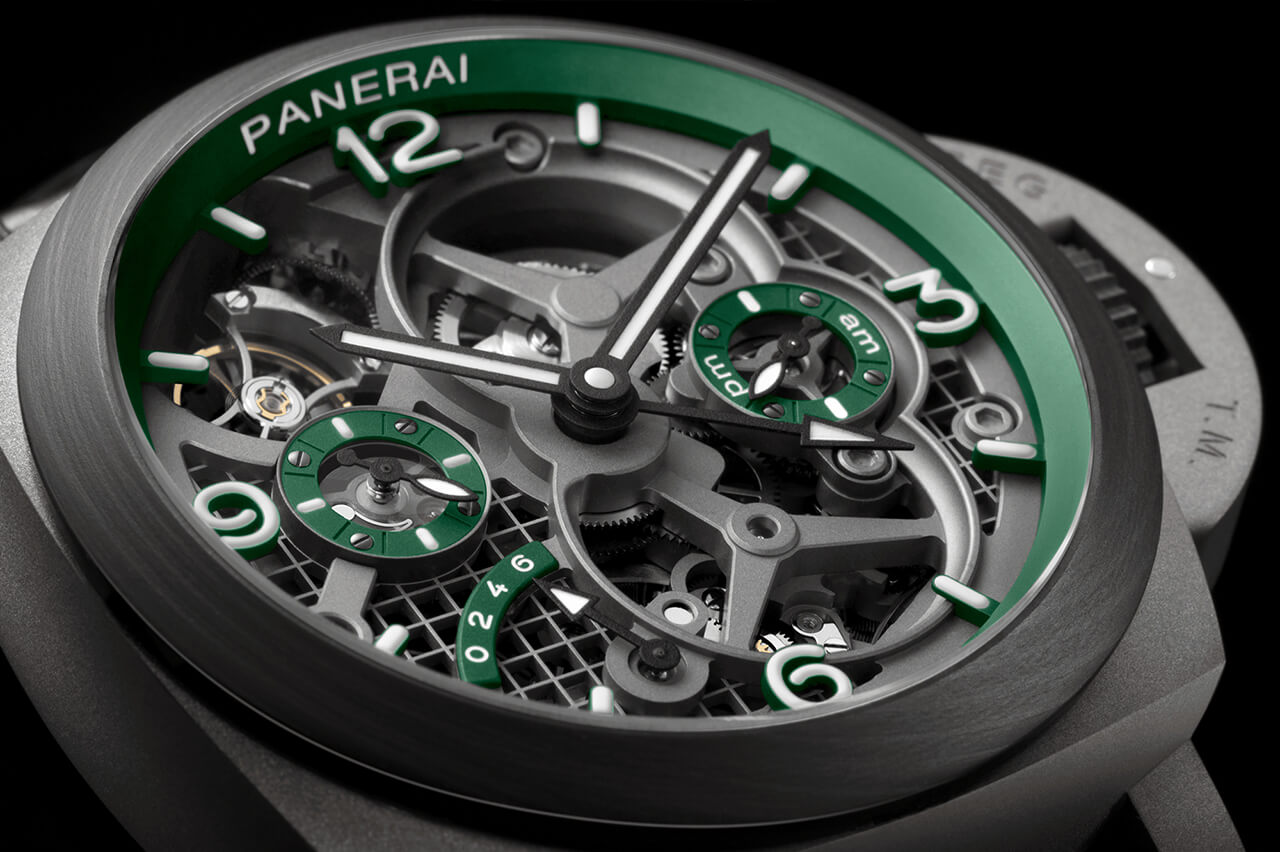 Perhaps the more obvious way Panerai has rid the watch of material though is skeletonization. Squares have been taken out of the dial to create a grid to fill the voids amongst the various indicators – and not just the dial, either. The same has been done to the reverse, creating what looks like a technical drawing of the watch rather than the real thing and revealing all its inner workings. 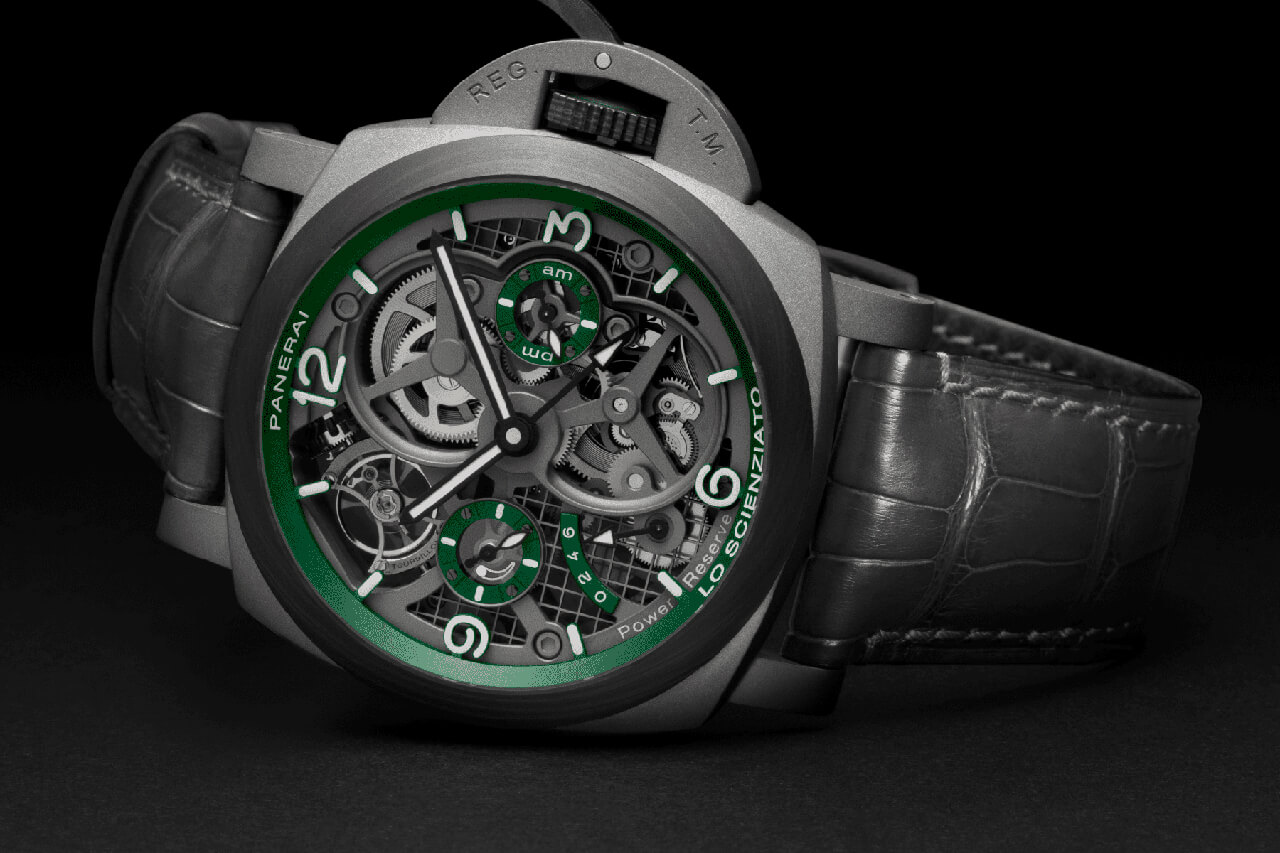 It’s not as extreme as full on skeletonization but it looks a lot better. Does anybody really want to see their hairy wrist through the dial? It also works phenomenally well with the slate grey of the titanium and green ring around the dial and on the indicators.

Those indicators in case you were wondering denote hours, minutes, seconds, GMT and 24-hour and power reserve indicators. There’s also a tourbillon because when you’re going this far down the rabbit hole of haute horology a tourbillon is pretty much a necessity. All of that is powered by Panerai’s own P.2005/T calibre which will keep things ticking for a solid 6 days. 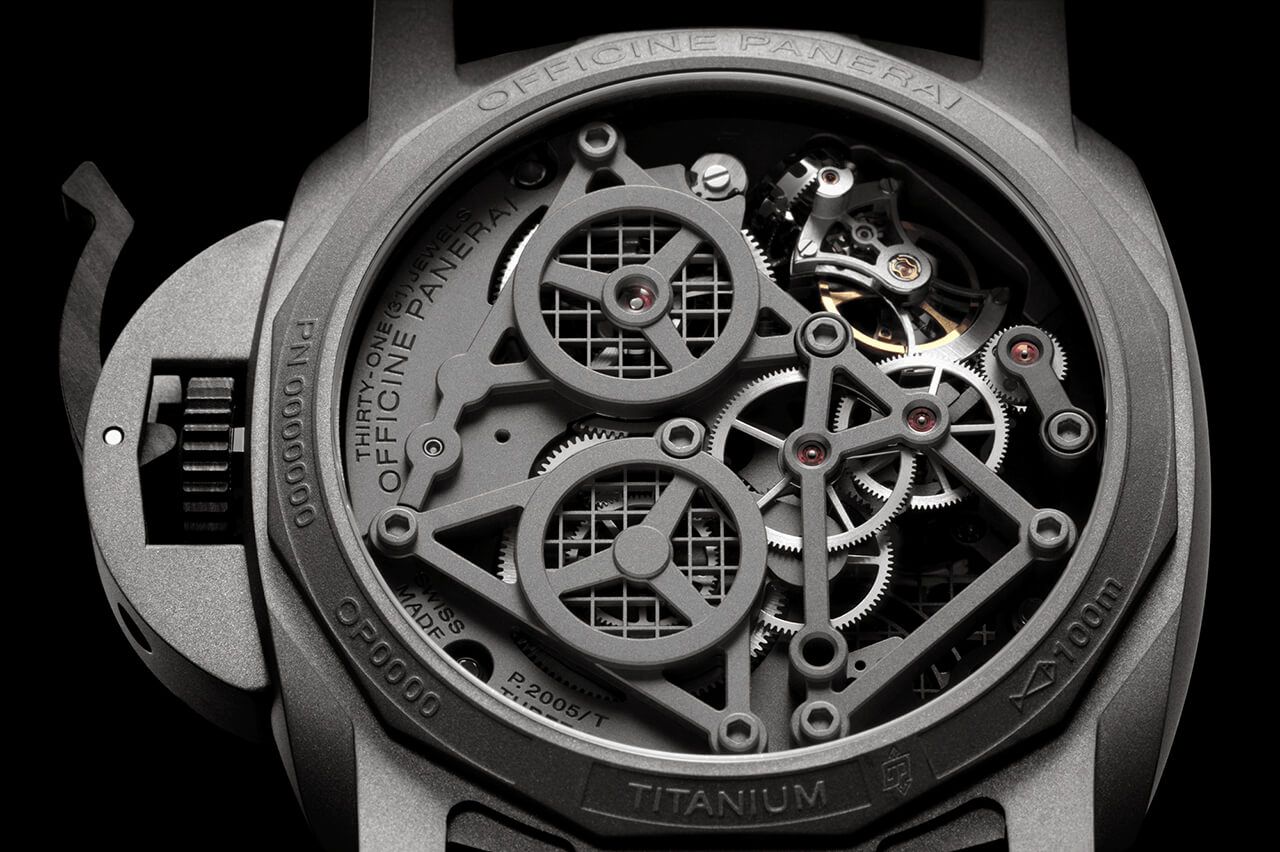 In short, it’s spectacular. But then, it is part of Lo Scientziato, a family of watches dedicated to Galileo’s celestial observations. There’s a lot in that collection to love and now it looks like it has a new star.