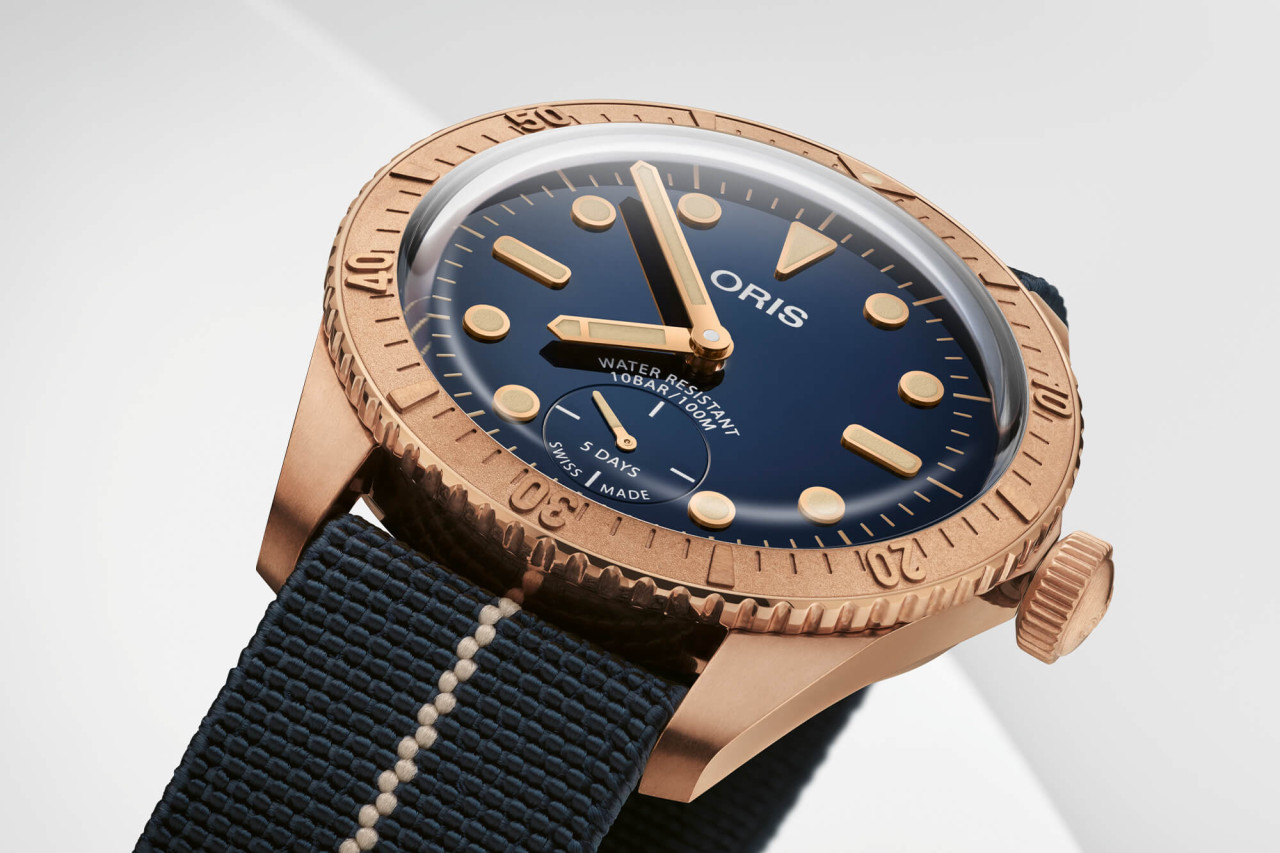 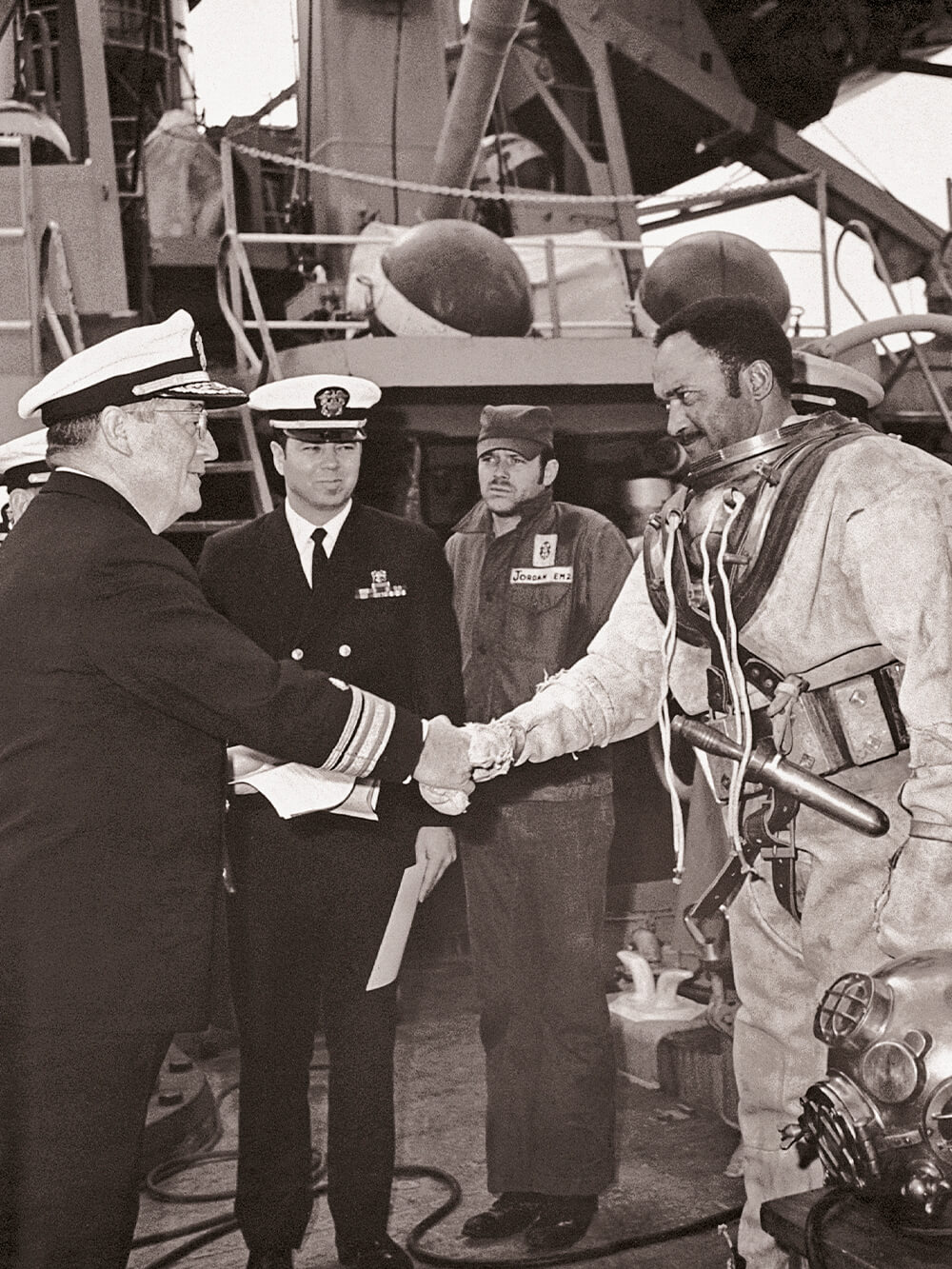 The story of Carl Brashear is a pretty inspiring one – and let’s be honest, we could all use a feel-good bit of inspiration these days. As the first African-American diver in the US navy and the first amputee Master Diver, he knew a thing or two about overcoming adversity, and the modern-day foundation in his name is continuing that sentiment. As, with their latest limited edition, is Oris.

The Oris Carl Brashear Cal. 401 Limited Edition is the brand’s third horological collaboration with the foundation, which has previously housed a pair of the watchmaker’s finest bronze numbers. However, it’s only the second watch to include Oris’ new in-house opus, the Calibre 400. 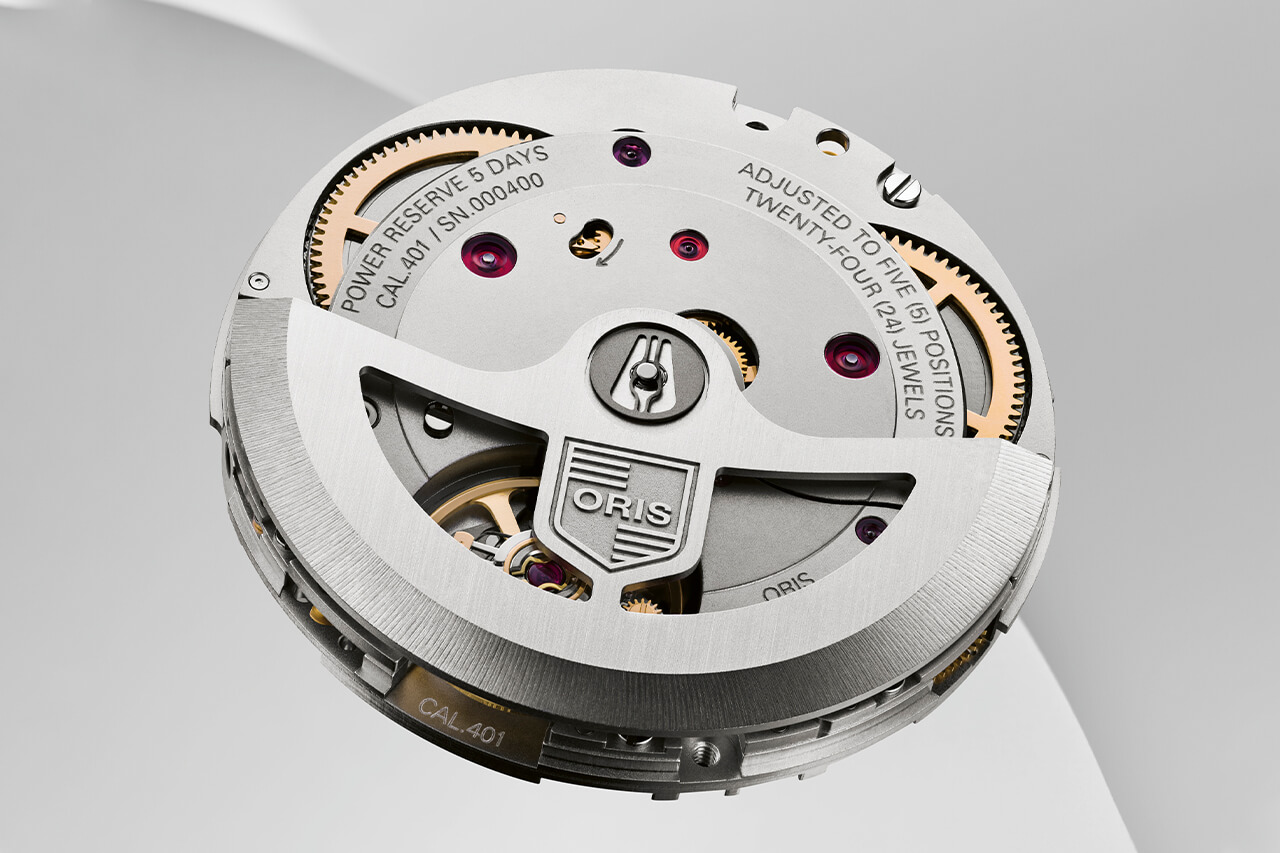 The calibre 400, as we’ve mentioned before is the brand’s new, cutting-edge movement, boasting plenty of anti-magnetic components, a refined layout and a superlative 5-day power reserve. This variation adds a small seconds into the mix at 6 o’clock, hopefully the first complication of many to use the calibre 400 as a base. 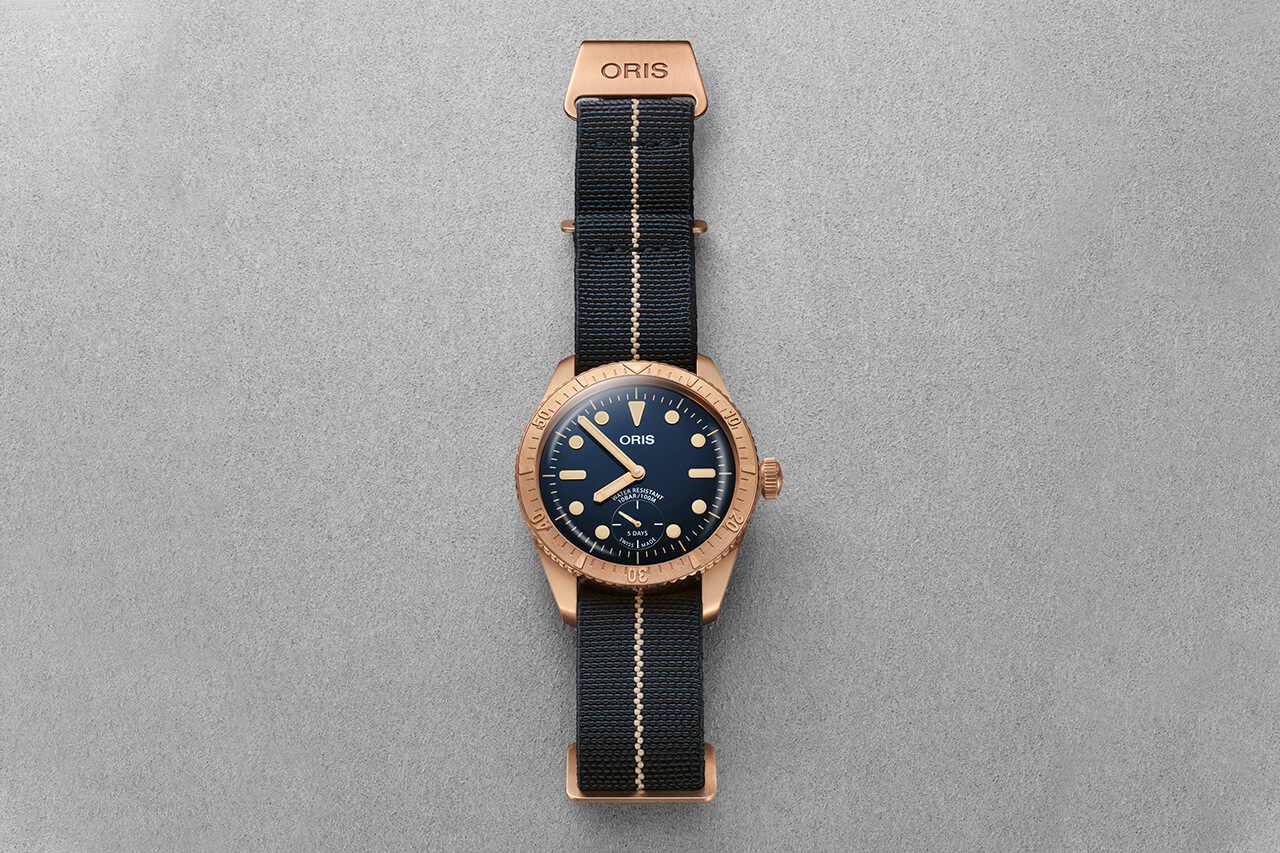 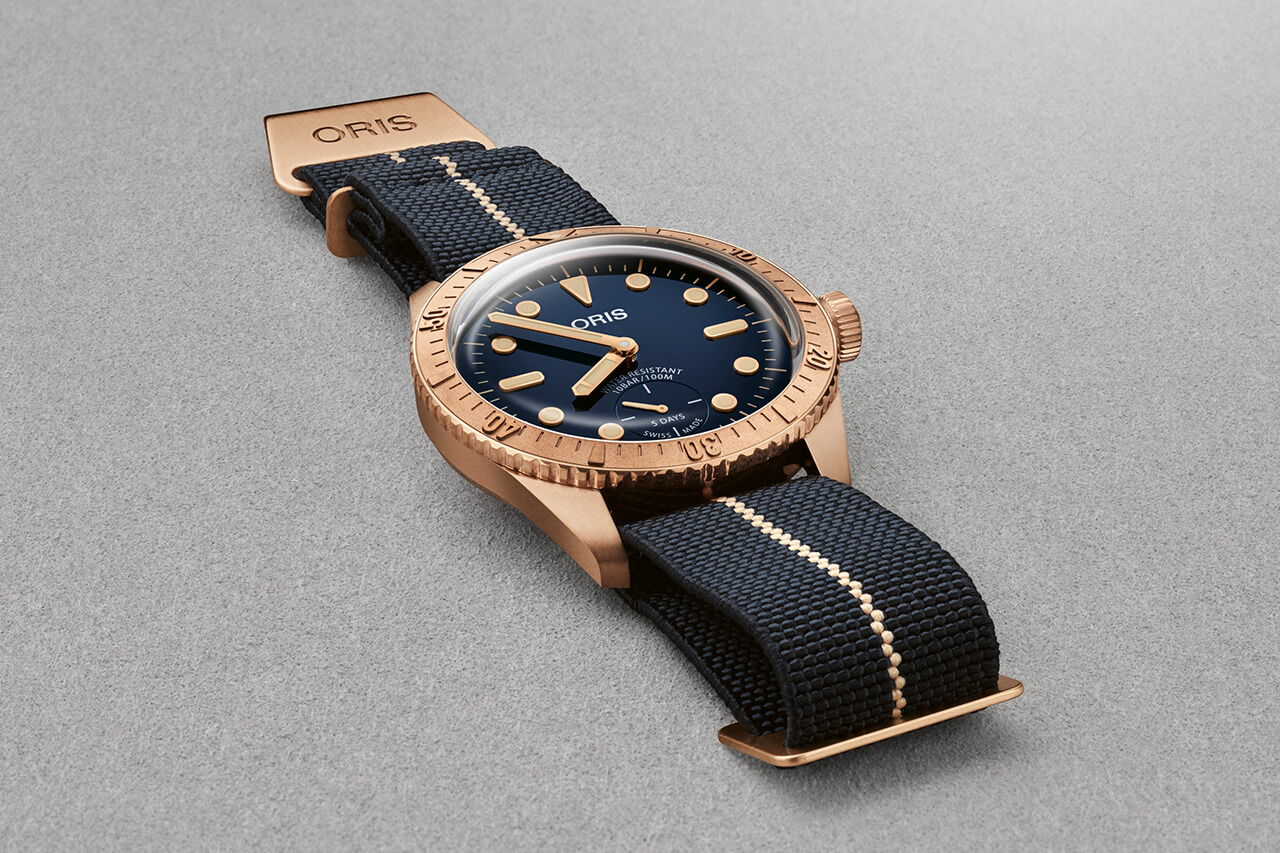 The watch itself – other than the charming small seconds – is pretty standard Carl Brashear edition fare. That means a solid, 40mm case in a particularly light-coloured bronze, one that, if previous editions are anything to go by will age magnificently, along with a matching bezel with a diving scale in relief. It fits in nicely between the chronograph edition and the central seconds version (2018 and 2016 respectively), filling out the apparently biennial-expanded collection. 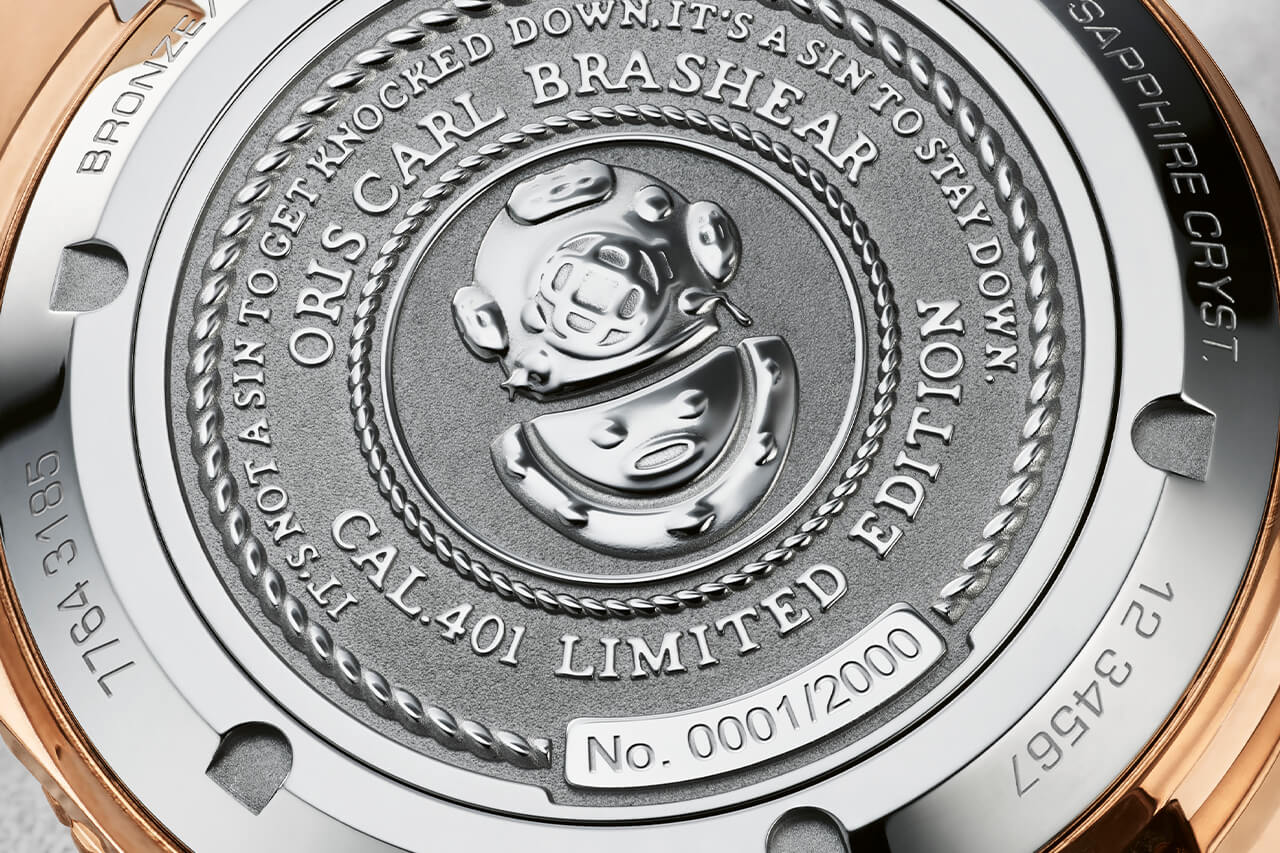 Flip it over and you’ll find a fully-engraved caseback with a diving helmet, the name of the watch and its limited edition number. There’s also a rope border – because what nautically-themed timepiece doesn’t like a bit of rope? – and Brashear’s own mantra: “It’s not a sin to get knocked down. It’s a sin to stay down.” 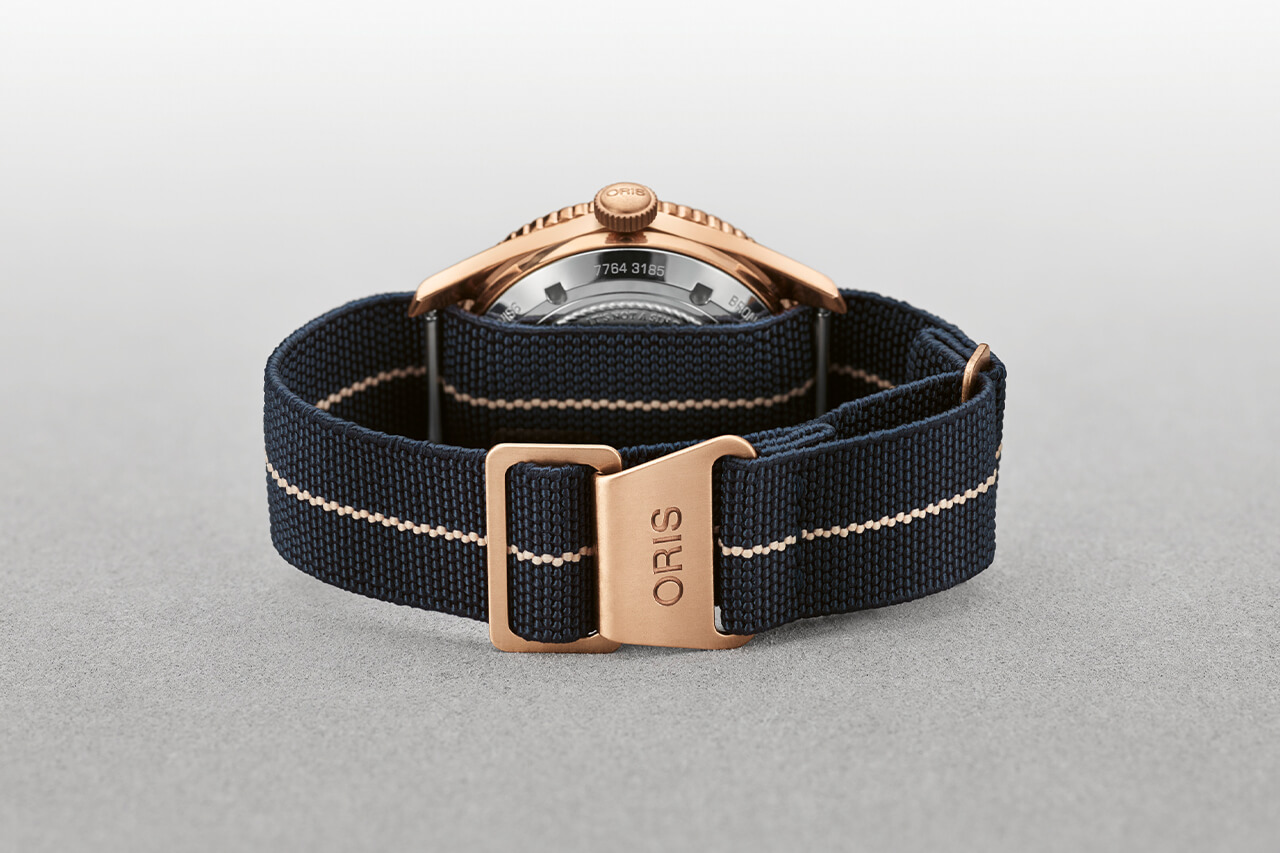 One of the coolest new touches though actually comes from Erika’s Originals, who have produced the strap. The elastic nylon webbing is both incredibly comfortable and moisture wicking, perfect for divers coming out of the water, with a bronze central stripe to match the case.

If you liked previous Oris Carl Brashear limited editions – and I gather that’s pretty likely – then you’ll like this one. Design-wise, it’s perfectly in line and movement-wise is houses Oris’ phenomenal new calibre. It’s limited to 2,000 pieces so there’s actually a decent chance you can get one and at CHF 3,900 (just over £3,200) that you can afford it, too.