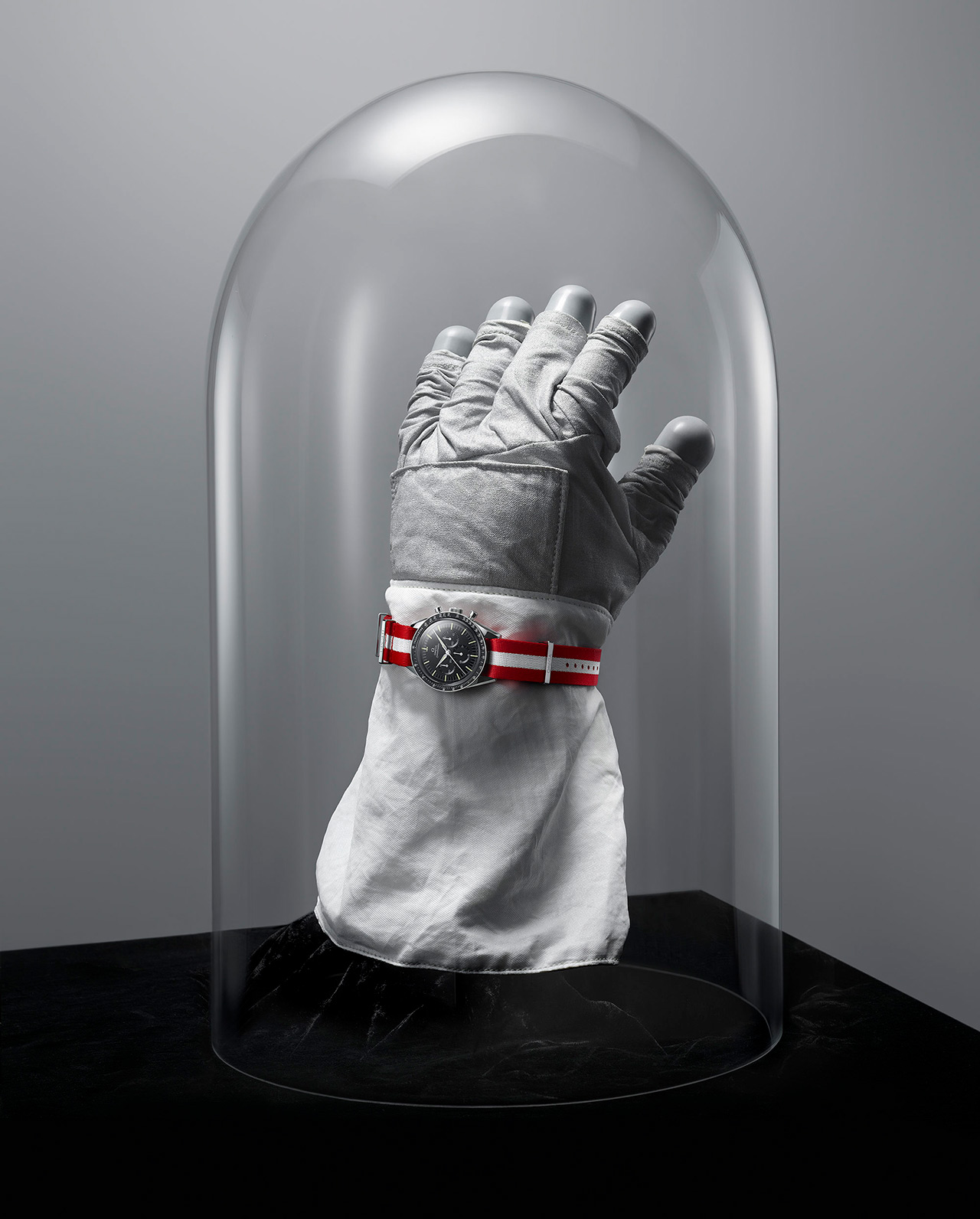 There seems no sign of Omega halting their glut of lunar landing 50th anniversary celebrations any time soon, yet their latest limited edition timepiece isn’t quite what we were expecting. For one, it’s in collaboration with the Metropolitan Museum of Art’s latest photographic exhibition; for another, it’s actually based on an earlier Speedmaster: The First Omega in Space.

Omega first went into space in 1962 on the wrist of astronaut Wally Schirra during the Mercury Sigma 7 mission. Sure it’s been updated a little, but it still retains a vintage (for a sports watch) 39.7mm stainless steel case and a relatively pared-back dial. 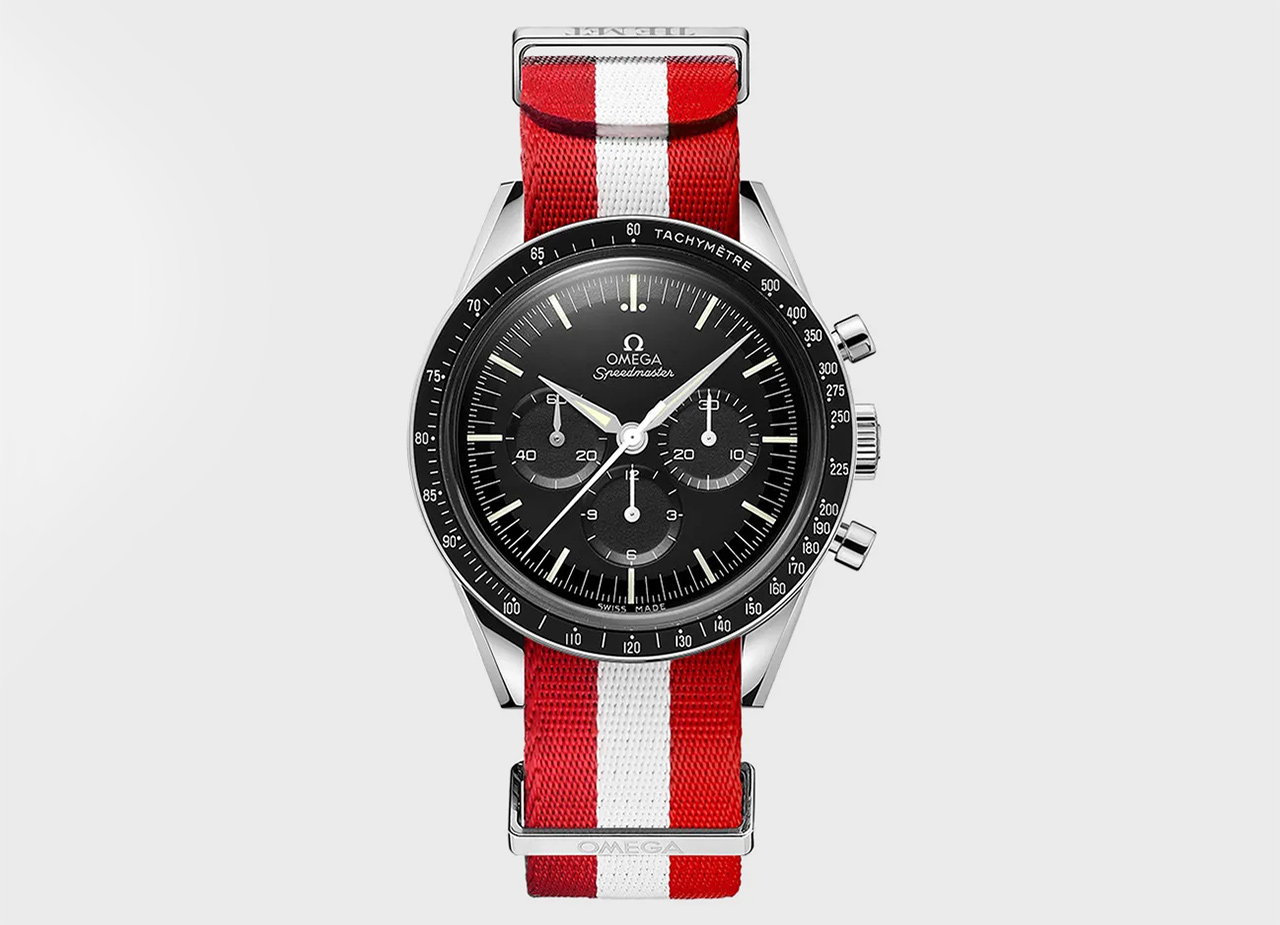 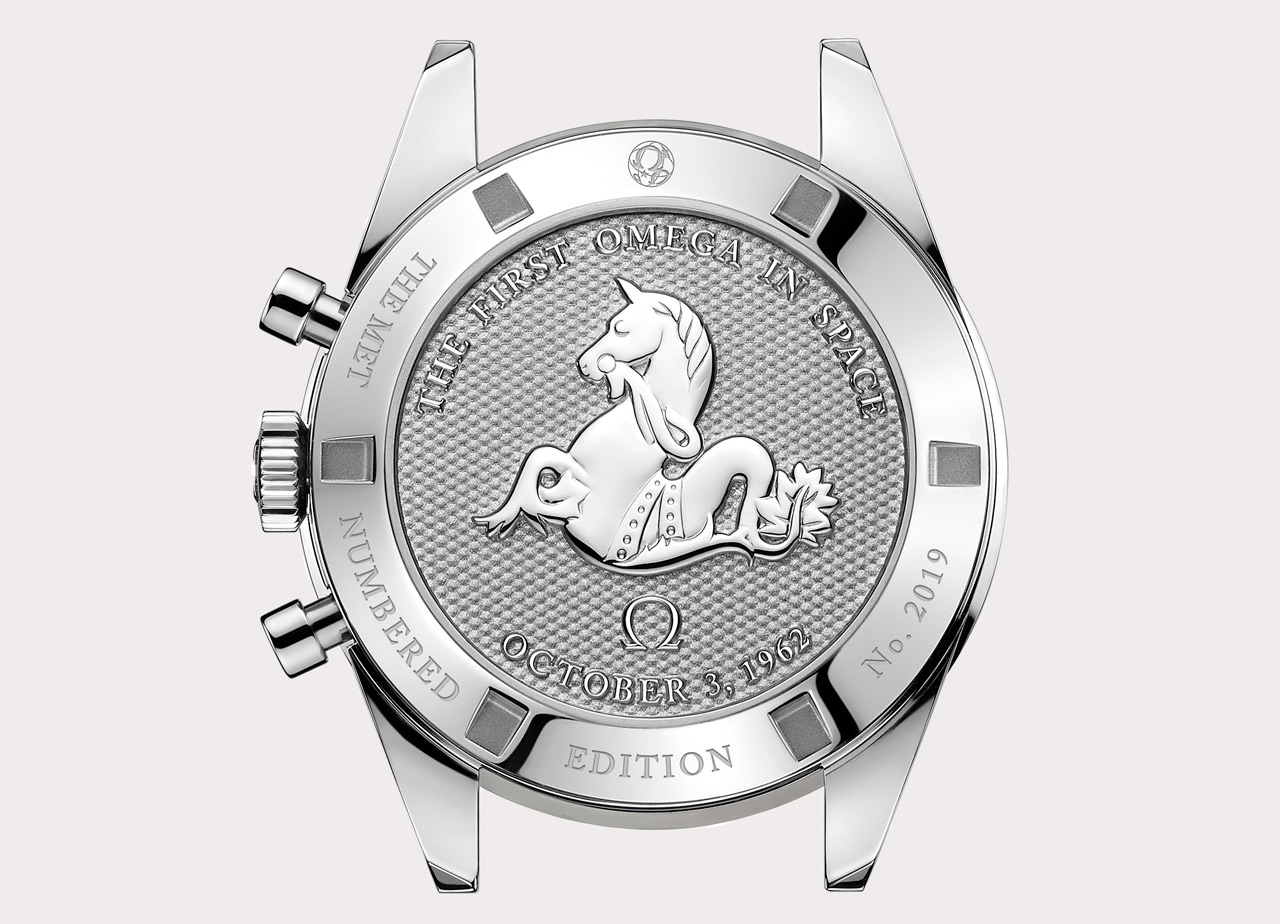 Really the only changes between this and the last version of the First Omega in Space are the nods to the Met engraved on the caseback and the NATO strap in the red and white of the museum. It does come with a leather strap too, but who’d want to swap? 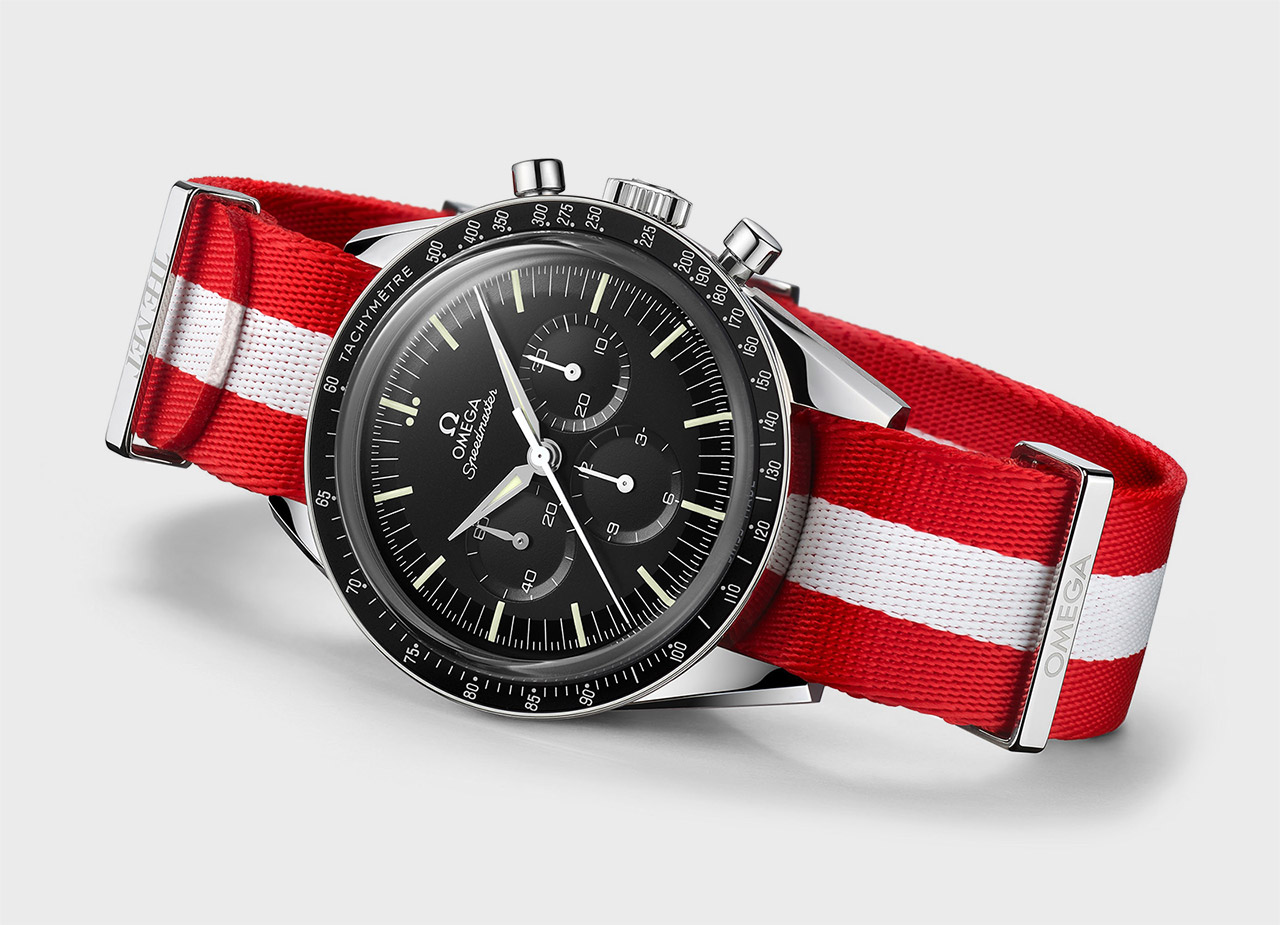 Inside is the manual winding 1861 calibre, a descendent of the original moonwatch movement that’s also seen an update over the years. It’s now more reliable than ever which, given that the previous versions survived space, is pretty impressive. 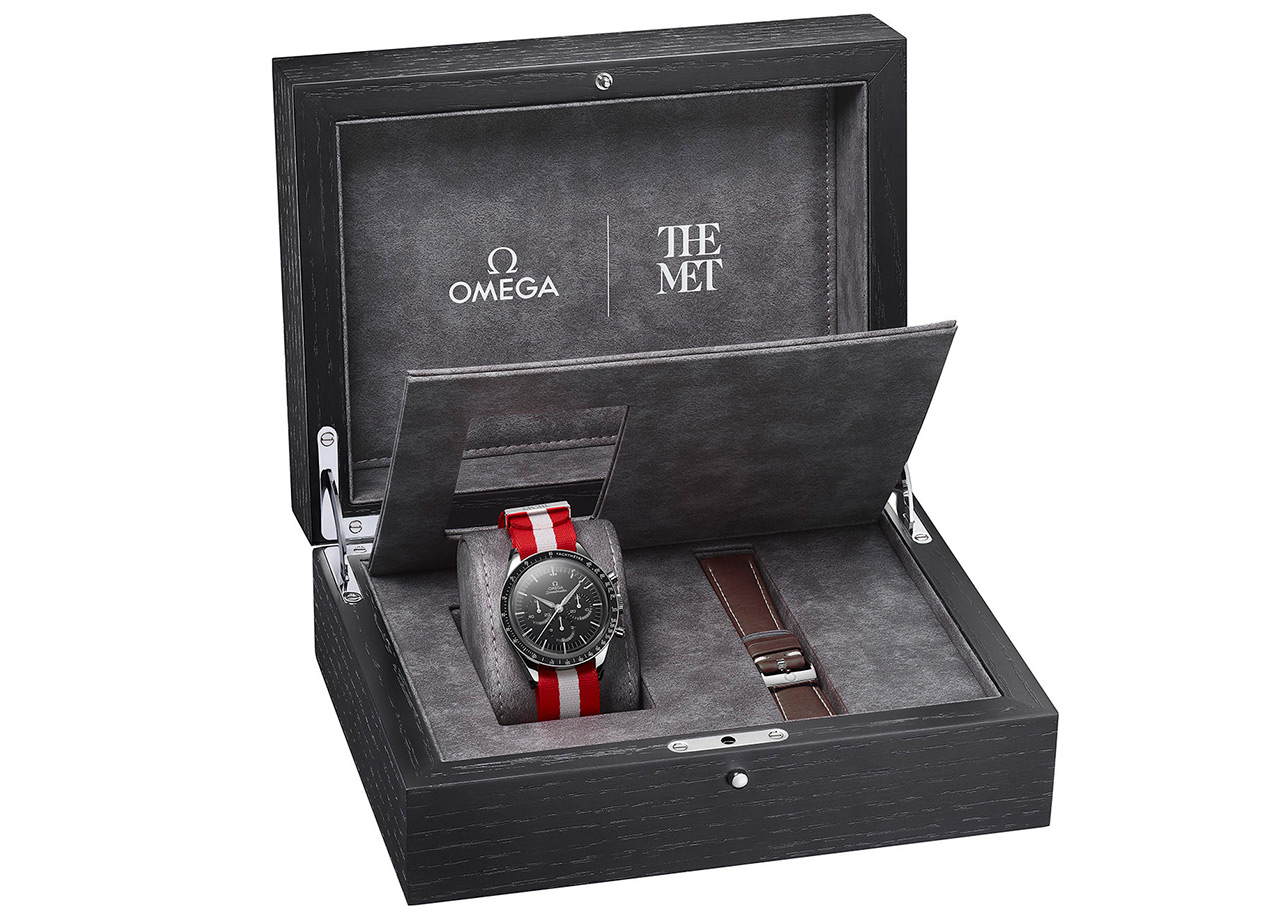 As for why the first Omega in space over the original moon watch, it’s likely because the MET’s exhibition, “Apollo’s Muse: The Moon in the Age of Photography” is a bit more of an over arching look at things. Plus, with two 50th editions already out, you can have too much of a good thing.