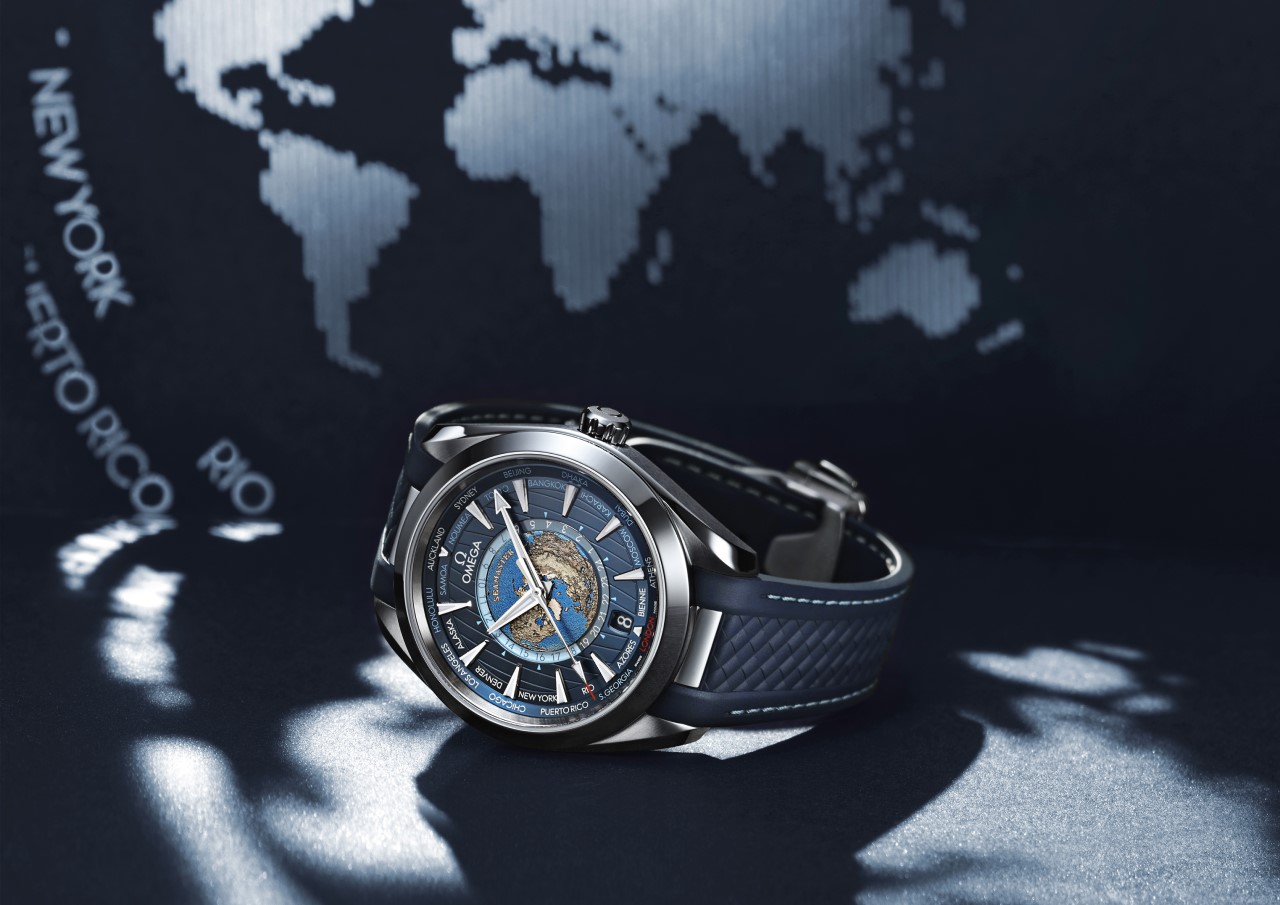 Omega has released a fair few dive watches this year in their 300m Professional line – predominantly the cool new chrono – but the Aqua Terra has always been more suited to cruising on the waves instead of being knocked about under them. The new Aqua Terra Worldtimer Master Chronometer is no exception.

Based on the Aqua Terra Worldtimer from a few years back, this version switches the OTT platinum case for steel, instantly making it a lot more accessible. It shows off each of the 24 time zones (including Omega’s home of Bienne) and has the boat deck-inspired touches that nicely tie the Aqua Terra collection together. Now, was there anything else? Anything at all? Oh yes. That dial. 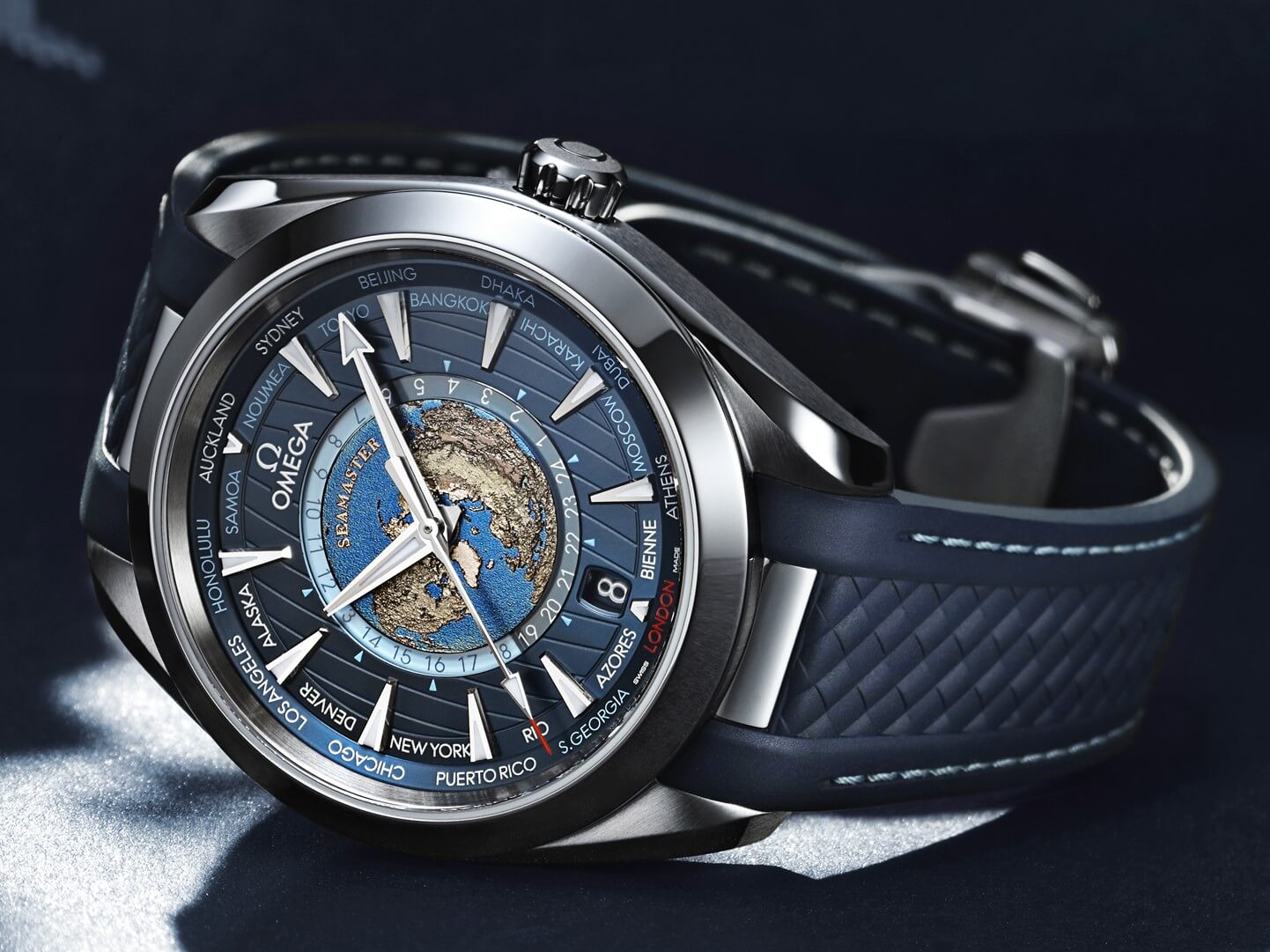 While the titanium dial looks engraved, it’s actually been lasered, the chemical reaction creating the stunning colours of the globe. It seems like Omega are getting more and more hi-tech with their lasers, more like a Bond villain than the hero’s watch provider. Still, there’s no denying it’s a striking result. 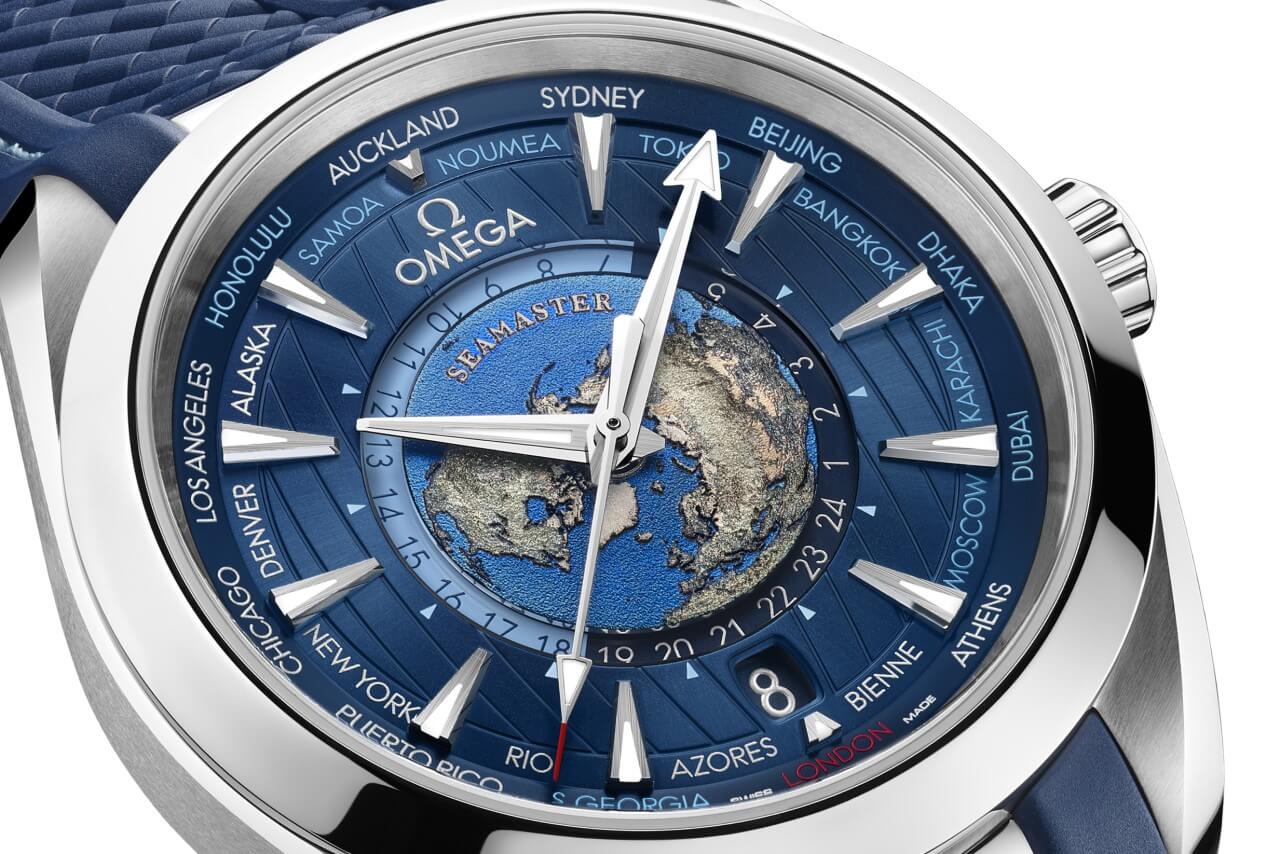 My only qualm would be that, with the map in the middle, the time zones around the edge, the day / night 24-hour ring between the two and the elongated triangular indexes, it all feels a little crowded. Maybe it’ll grow on me; I’m looking forward to the chance to find out. 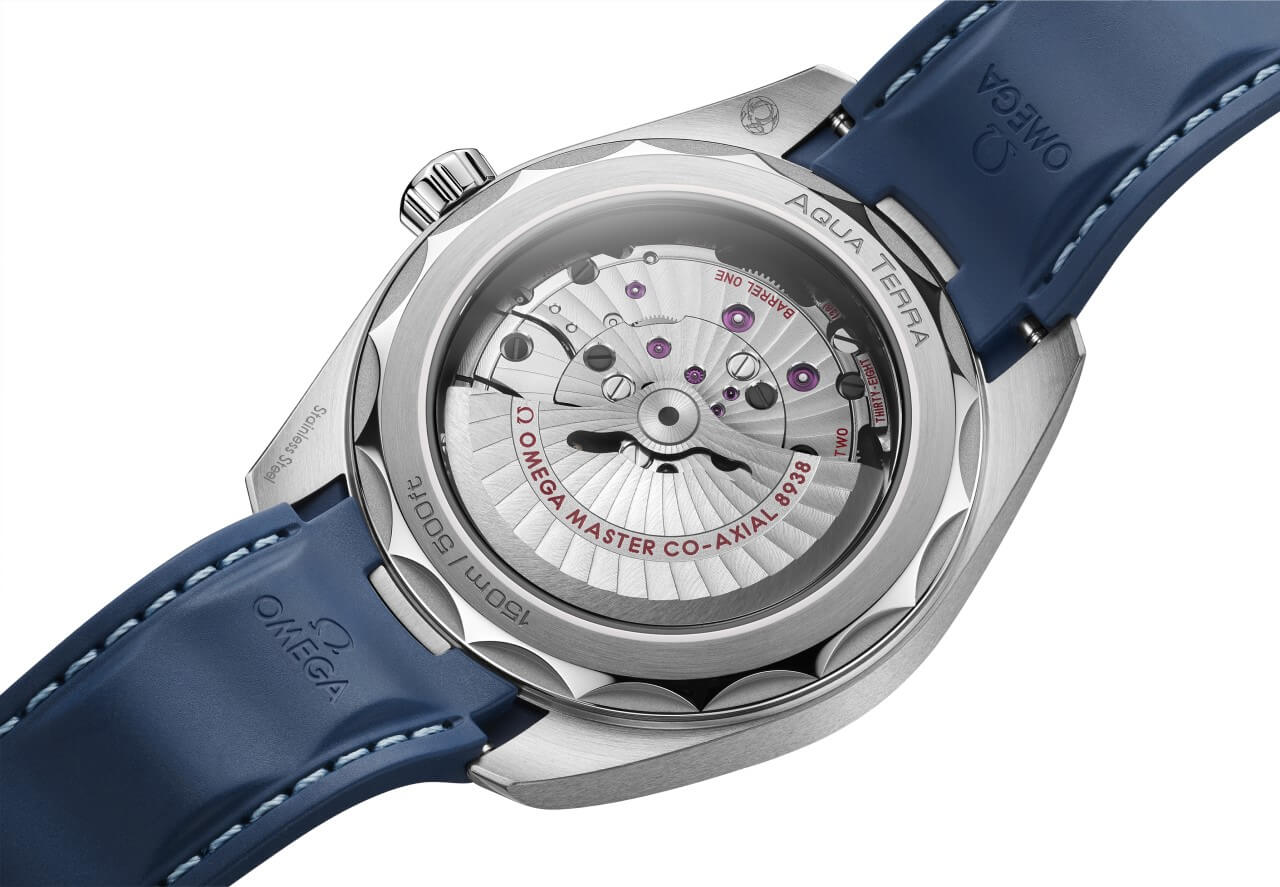 At 43mm it’s still a hefty watch – Omega seem to be ignoring the current trend towards smaller, retro-sized pieces – but isn’t quite as waterproof as its Seamaster stablemates at 150m. It’s still easily able to survive a bit of splashing if, say, you fall off your yacht, but forget about serious diving.

Provided you avoid the depths the Master Chronometer calibre 8939 will hold you in good stead. Fantastic stead in fact; the certification Omega has adopted puts COSC to shame.

The Aqua Terra Worldtimer won’t be available until the winter, too late for your summer travels, but it’ll be worth the wait. At £6,790 it’s pretty well priced for something of this ilk. Thank god it’s also far, far less than the original platinum version.