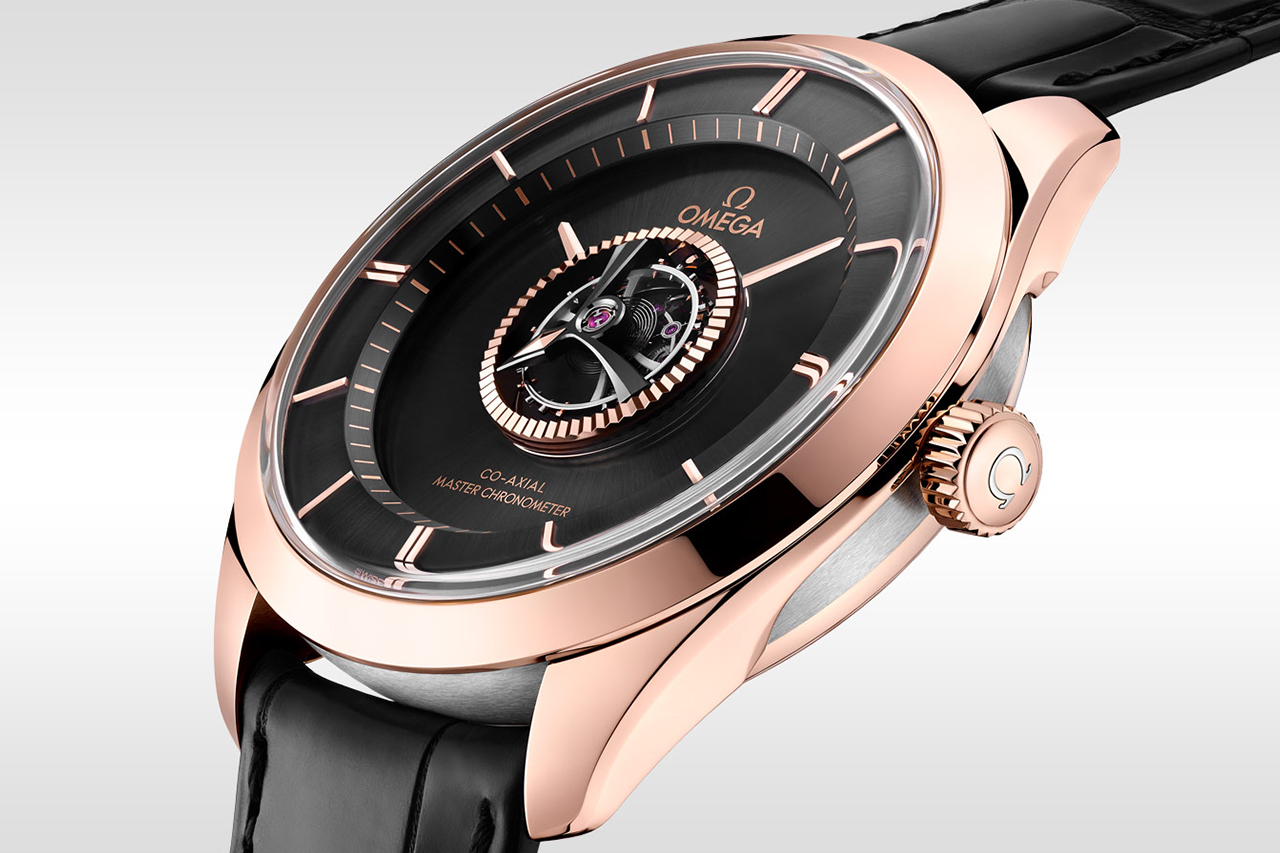 Given all of the noise made about new Speedmasters (especially during the Moonwatch’s 50th Anniversary last year) and the aquatic exploits of the Seamaster you might be forgiven for being completely unaware of the upper reaches of Omega’s watchmaking.

Since that protection expired five years ago, just a handful of other makers have added their own take on the central tourbillon including Corum, Bulgari, Kerbedanz and, perhaps most impressively, AHCI maverick Beat Haldimann. 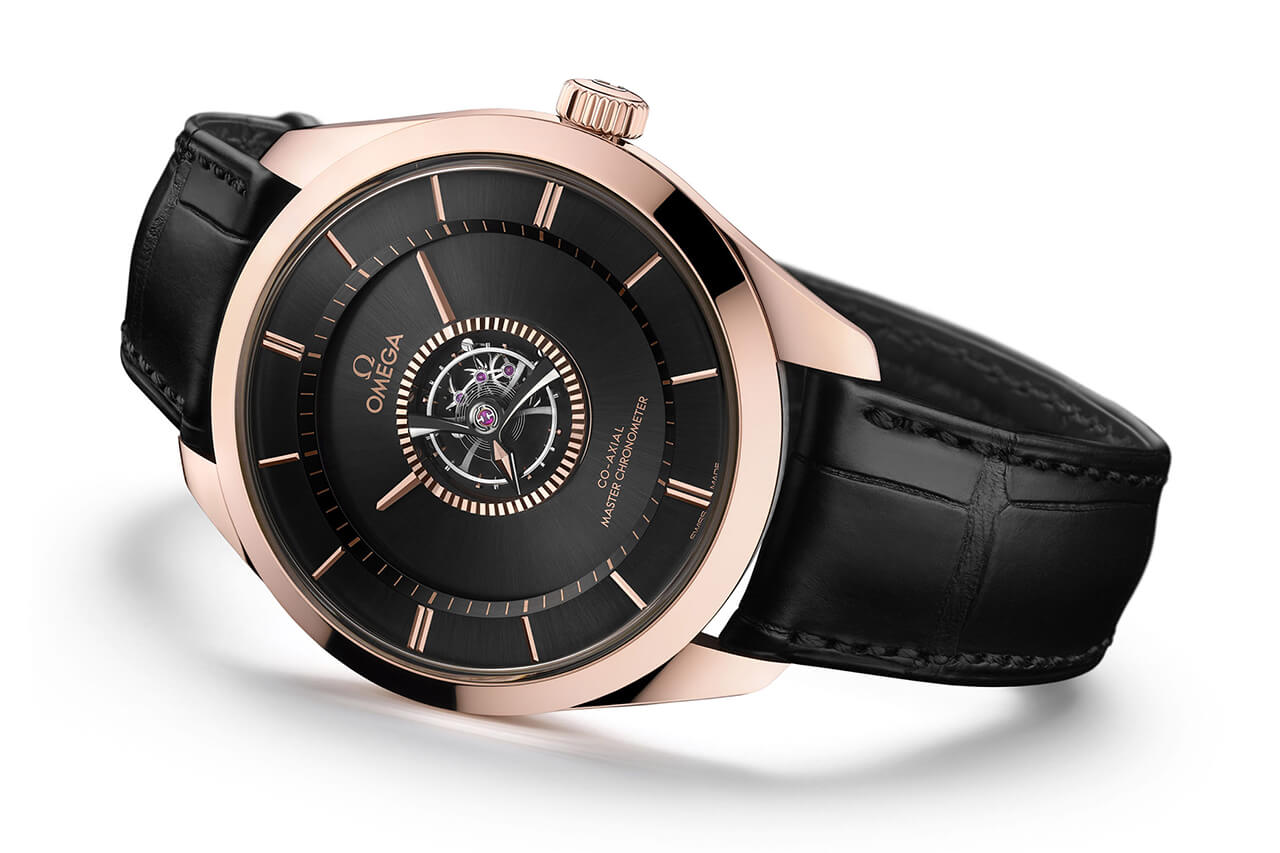 But Omega’s own, the original central tourbillon, rarely breaks cover and is rarely even talked about by the brand itself. I only ‘discovered’ it in one of the windows on Omega’s stand at Baselworld one year.

But now that Omega’s roll-out of its Co-Axial escapement-based anti-magnetic, ultra-precise Master Chronometer watchmaking has expanded to the outer reaches of its collection it’s time for this often-overlooked watch to get its moment in the spotlight again. 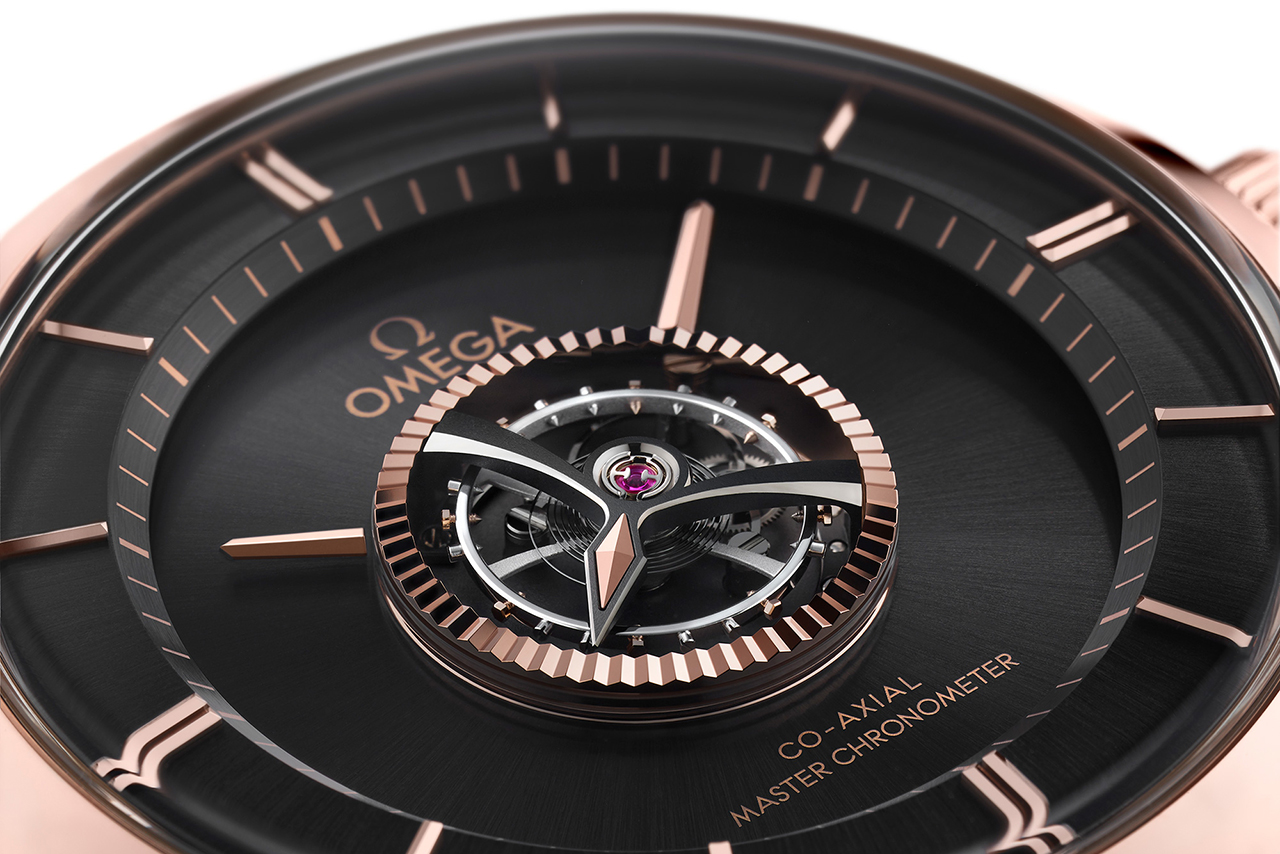 The DeVille Tourbillon Numbered Edition might come as something to a shock many; Omega’s present day reputation for build quality, innovation and materials is certainly spotless but few would think of the brand in terms of haute horlogerie. One look at this watch changes that in an instant.

Let’s start at the caseback. An almost completely frameless sapphire crystal exhibition caseback revels an astonishing manually wound movement mounted at the surface to offer the most immediate kind of view. Solid gold bridges are sunken and frosted, surrounded by polished borders which also wrap around any jewels, the style reminds me of Gronefeld’s spectacular 1941 remontoire movements. While technical specs are thin on the ground at the moment, the lower section reveals two mainspring barrels either side of a 3 Day power reserve indicator. 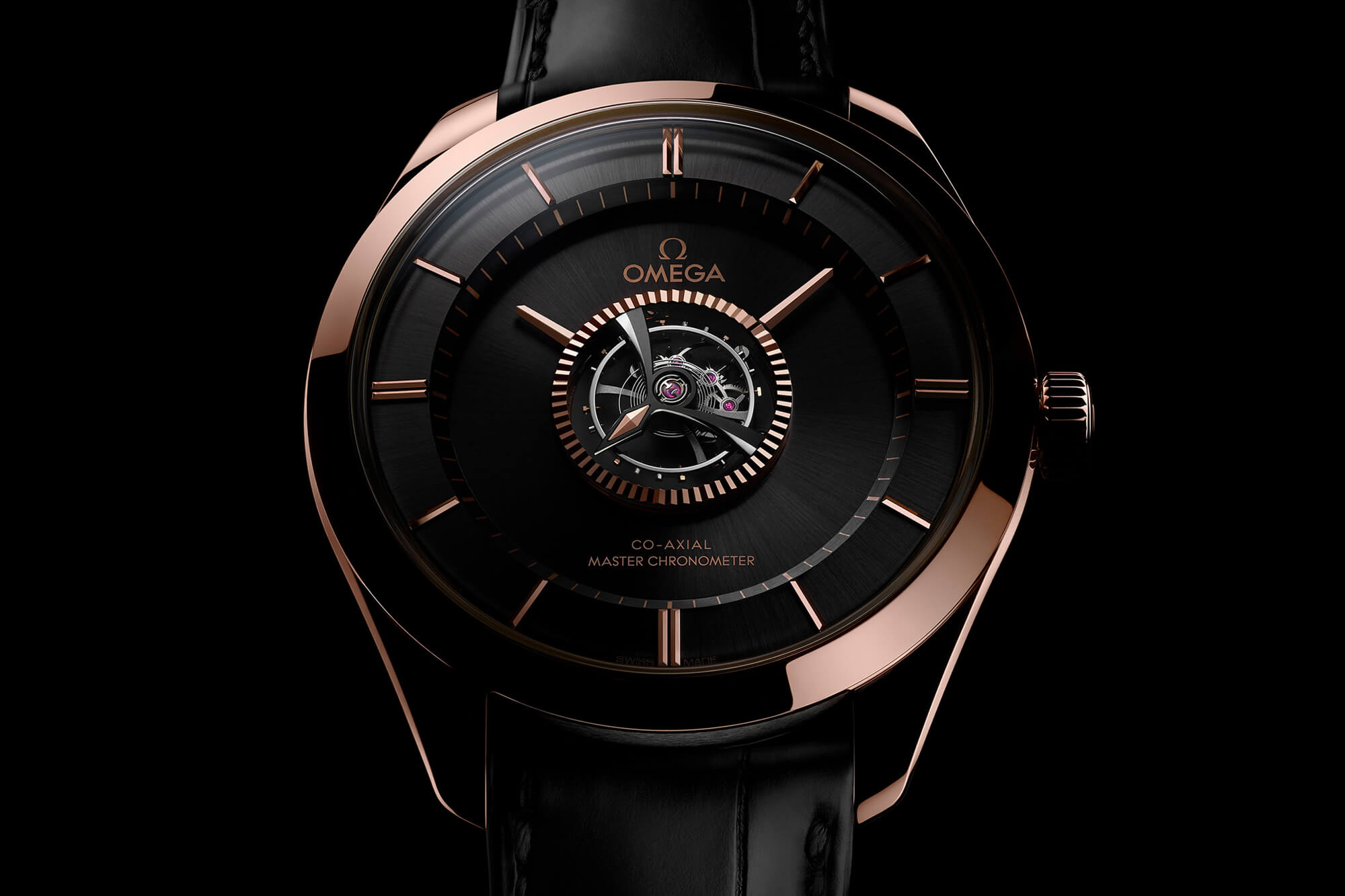 If the images we’re all looking at here are accurate (honestly the renders these days are so good) the movement is finished to the highest possible standard. We do know the bevels within the tourbillon cage are hand polished so that would point to the crisp, sharp internal bevels on the bridges having been achieved by hand too. That’s impressive for even the most manual of ateliers let alone a brand the size of Omega, one that makes a point of talking about its low-oxygen, computer-controlled stock room. 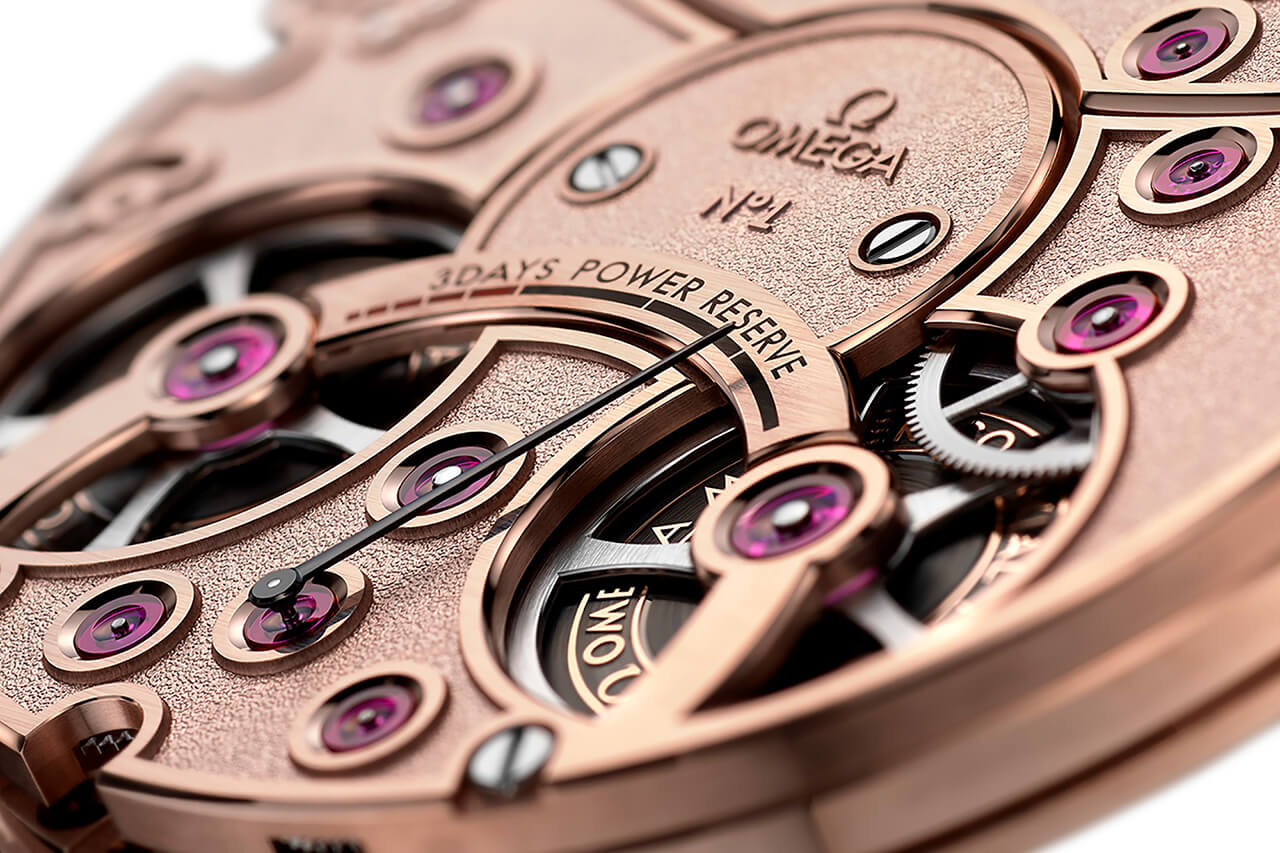 Turn the watch over and a solid 18ct Sedna gold multi-level sun brushed dial has been given a suave black PVD coating, interspersed with Sedna gold applique hour markers. At its centre is a 60-second tourbillon fashioned from black ceramised titanium and framed by a fluted Sedna gold bezel for definition. Titanium is still mildly magnetic so it’s fairly incredible that Omega has managed to certify this watch as one of its Master Chronometer watches. What that means (aside from a daily accuracy of 0-+5 seconds) is that the tourbillon of the DeVille Tourbillon Numbered Edition would continue to rotate whilst inside a functioning MRI machine (I’m basing that on MRI machines creating magnetic fields measuring between 5,000 and 30,000 gauss, Master Chronometer status is good for 15,000 gauss). Bear in mind you can stop most watches with a fridge magnet! 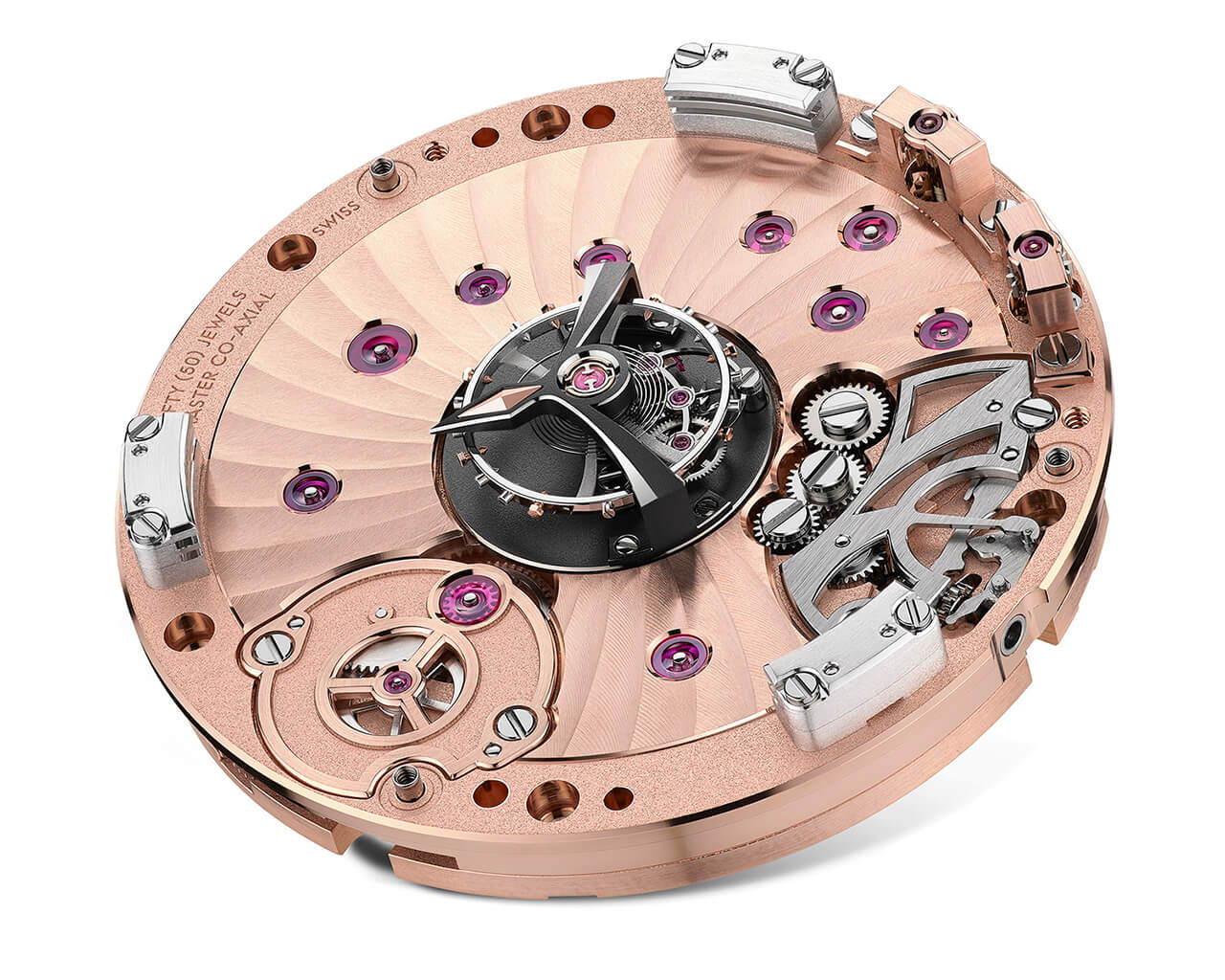 This 43mm DeVille Tourbillon Numbered Edition uses proprietary Sedna 18ct rose gold for lugs, bezel, mainplate, bridges and caseback whilst Canopus 18ct white gold provides highlights, making up casebody and logos on the crown and buckle. The mix of gold tones and black coatings makes for one of the dressiest watches in Omega’s collection.

The watch will be available this Autumn as a numbered, rather than limited, series for £134,780 and is supplied with a box which winds the crown to keep the power reserve topped up.