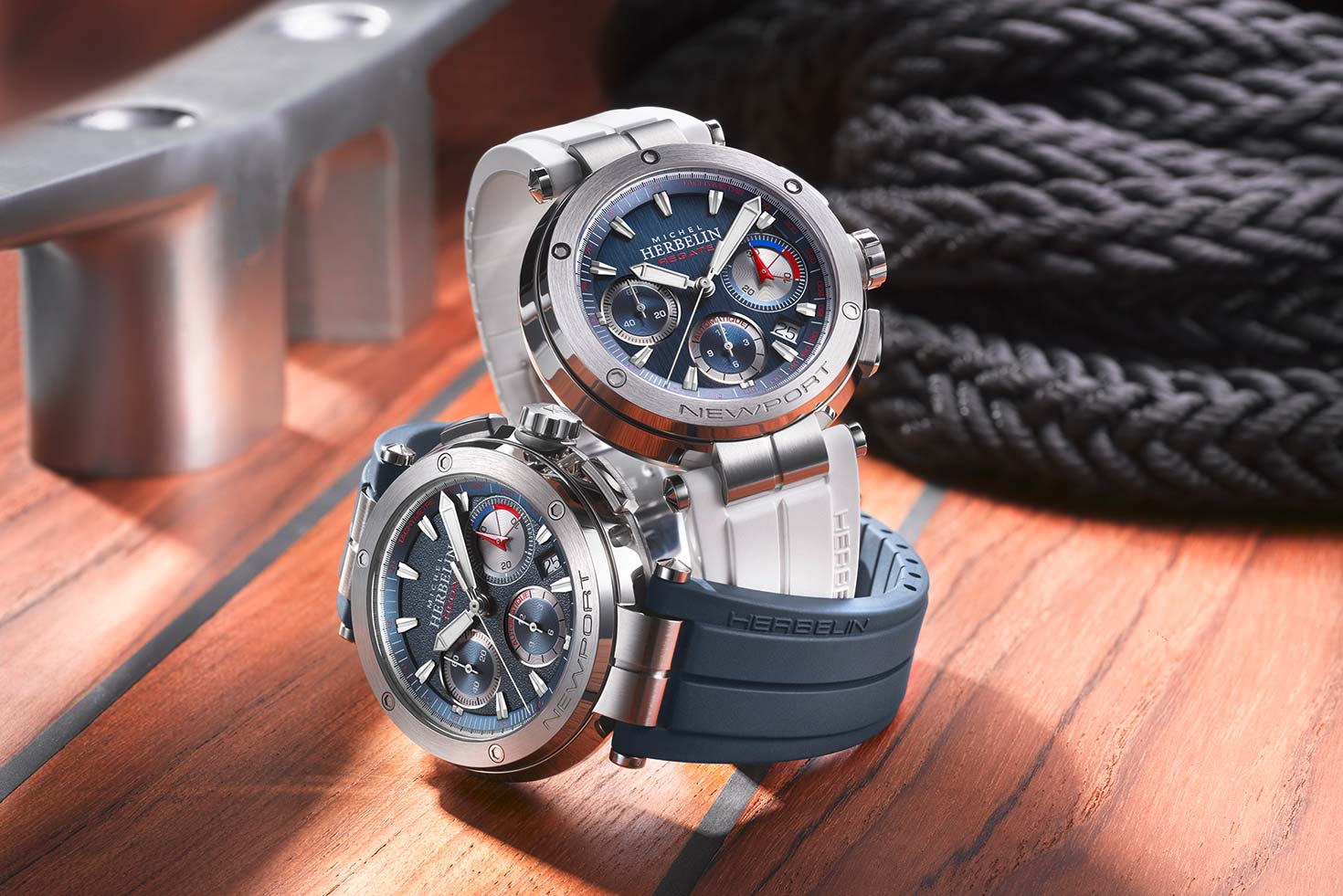 Regatta timers are in that small sub-section of complications that are incredibly useful to an incredibly small number of people. There’s a certain charm in them that has nothing to do with the extra minutes they can give you at the start of a race; it’s that lovely mix of functionality and novelty.

The only problem is that, when there are so few regatta timers out there, you don’t get much choice and, like many other areas, a lack of choice means higher prices. I mean, what regatta timers are there? The Rolex Yachtmaster II?

The occasional Louis Vuitton? Well, now those giants of luxury are being joined by French watchmaker Michel Herbelin and choice is once more on the cards.

Designed to commemorate the 17th Porquerolle’s Classique regatta, the two Newport Chronograph Regatta Limited Editions are both built for yacht racing. Not only does it have the ten-minute countdown timer needed for skippers to line up their vessels in good time – gaining valuable positions because of it – but it’s equipped with a tri-compax chronograph. This means it can record elapsed times up to 12 hours, enough for even a particularly long stage of a race. It also has a tachymetre for when you really want to go for a sailing record. 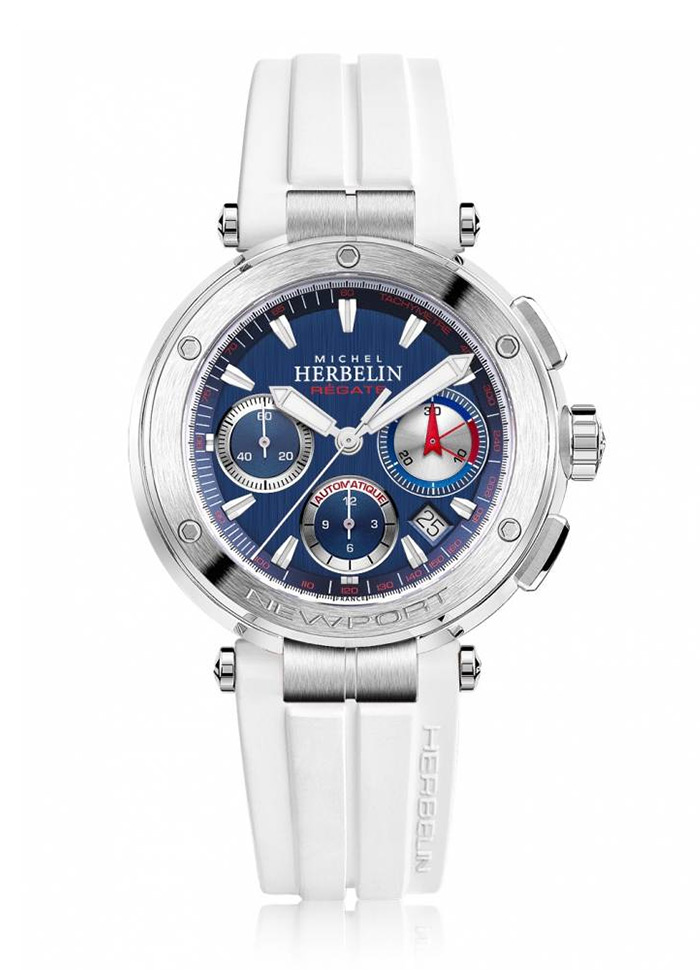 Perhaps its technical downside is the 100m of water resistance. Still, it’s enough to get wet and submerged for a little, enough for your crew to haul you back out of the water at the least.

Style-wise the Newport Regatta’s nautical credentials are obvious. The case imitates a porthole with its round shape and visible screws, while the blue-and-red colour scheme of the dial is worthy of a regatta flag. There’s a slight variation in the blue however that you might not see at first. On the white rubber strap, it has a brushed finish; on the blue strap it’s grained. It’s a subtle touch, but one that makes a nice point of difference between the models.

Both are equipped with a Sellita automatic movement, decorated in accordance with Michel Herbelin’s voracious attention to detail. It’s a reliable movement that won’t let you down mid-race. Between its technical specs, unique function and inimitable nautical style, it’s all a skipper could wish for. Well, that and a favourable wind, of course.

Both Michel Herbelin Newport Chronograph Regatta Limited Edition models are priced at £2,300 and limited to 100 pieces for the white-strap version, 150 for the blue.