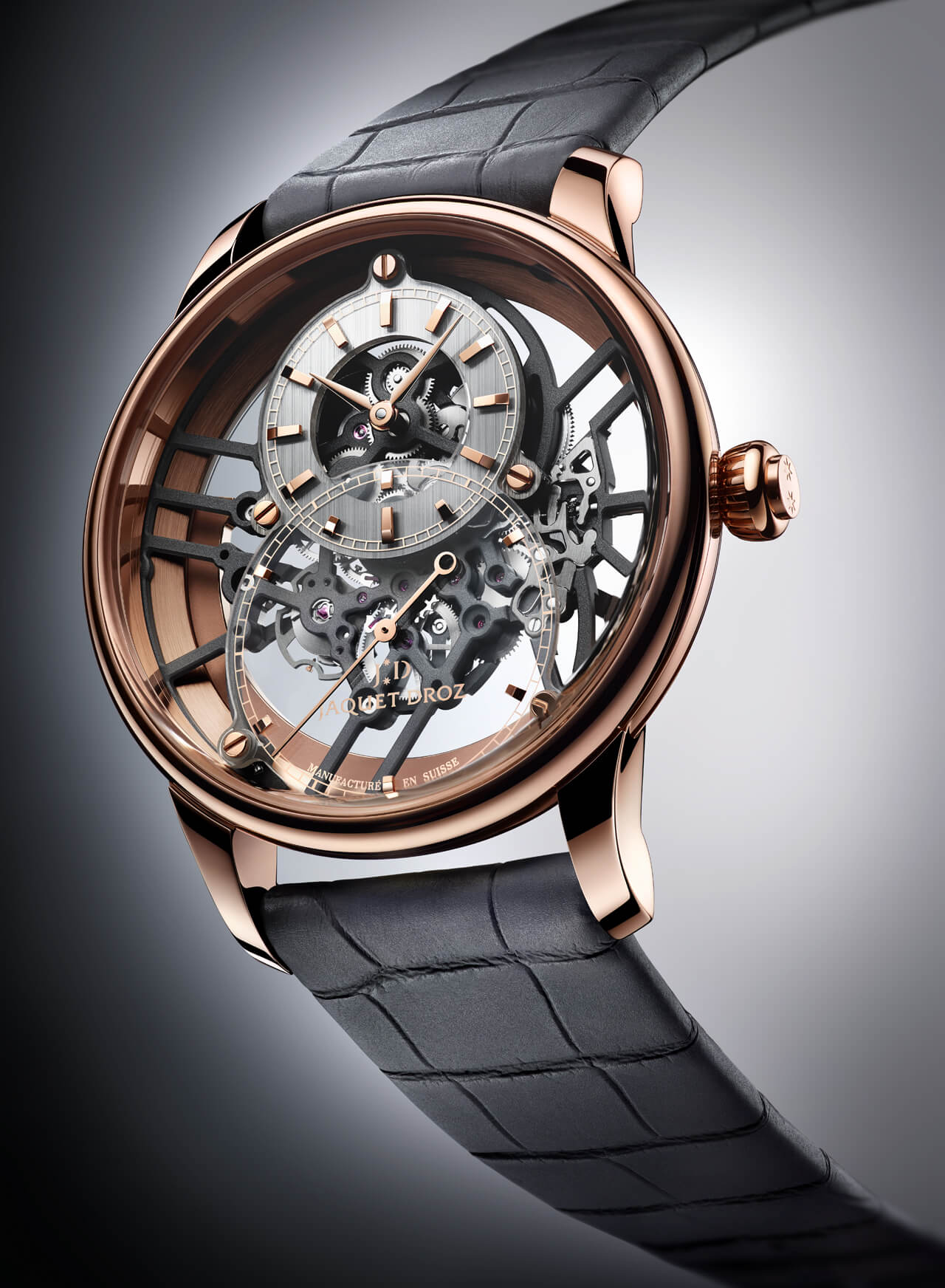 Restrained grand feu enamel dials, classical touches and a dial layout like a carriage clock, Jaquet Droz’s Grande Seconde is as classical as they come. Except when it’s not. As is most definitely the case with the new and improved Grande Seconde Skelet-One. Or should that be Skelet-Two?

After a few variations on the initial 2018 model – including ceramic and various precious metals – we come to the quintessentially contemporary take on the new see-through flagship in two new versions. 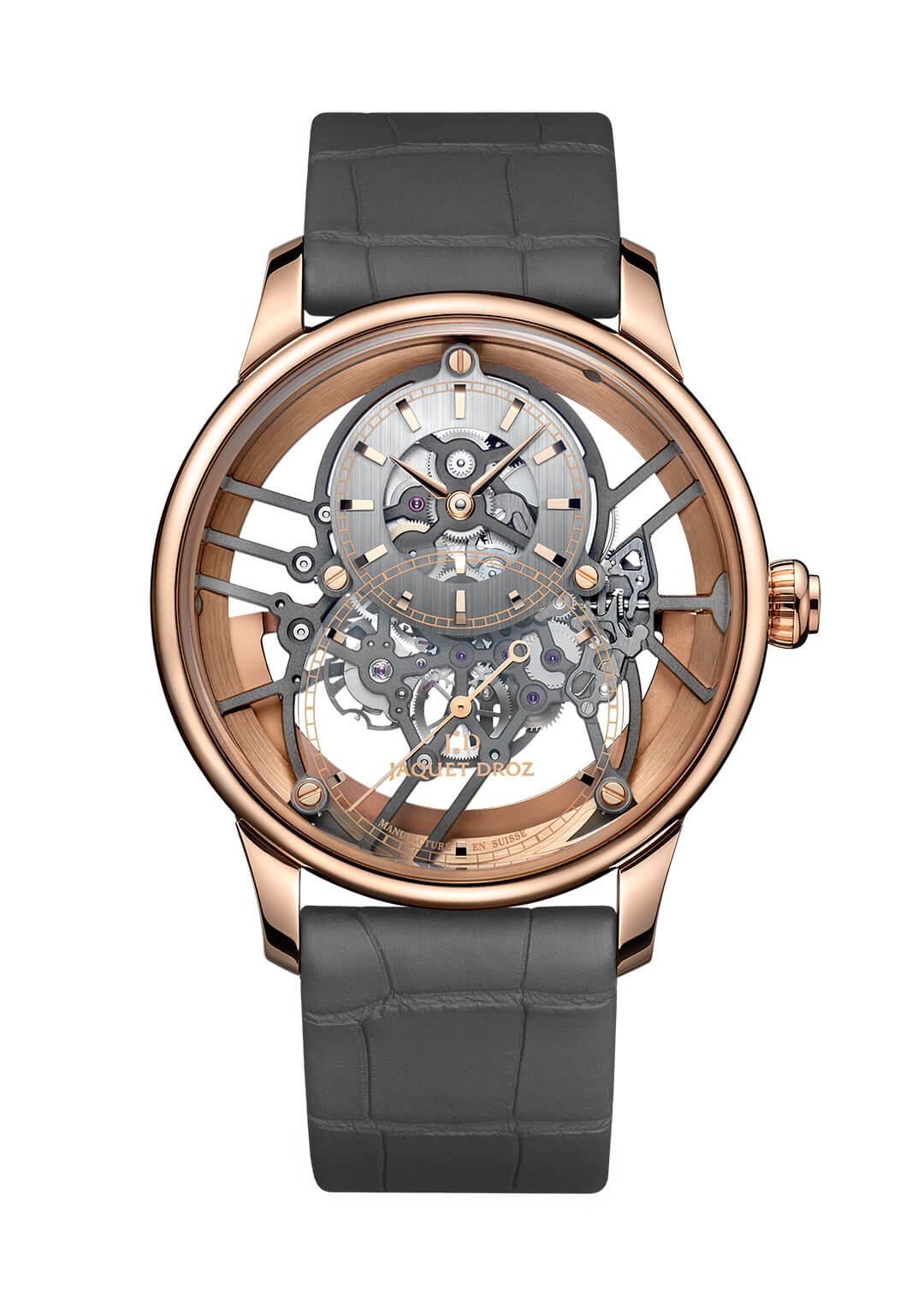 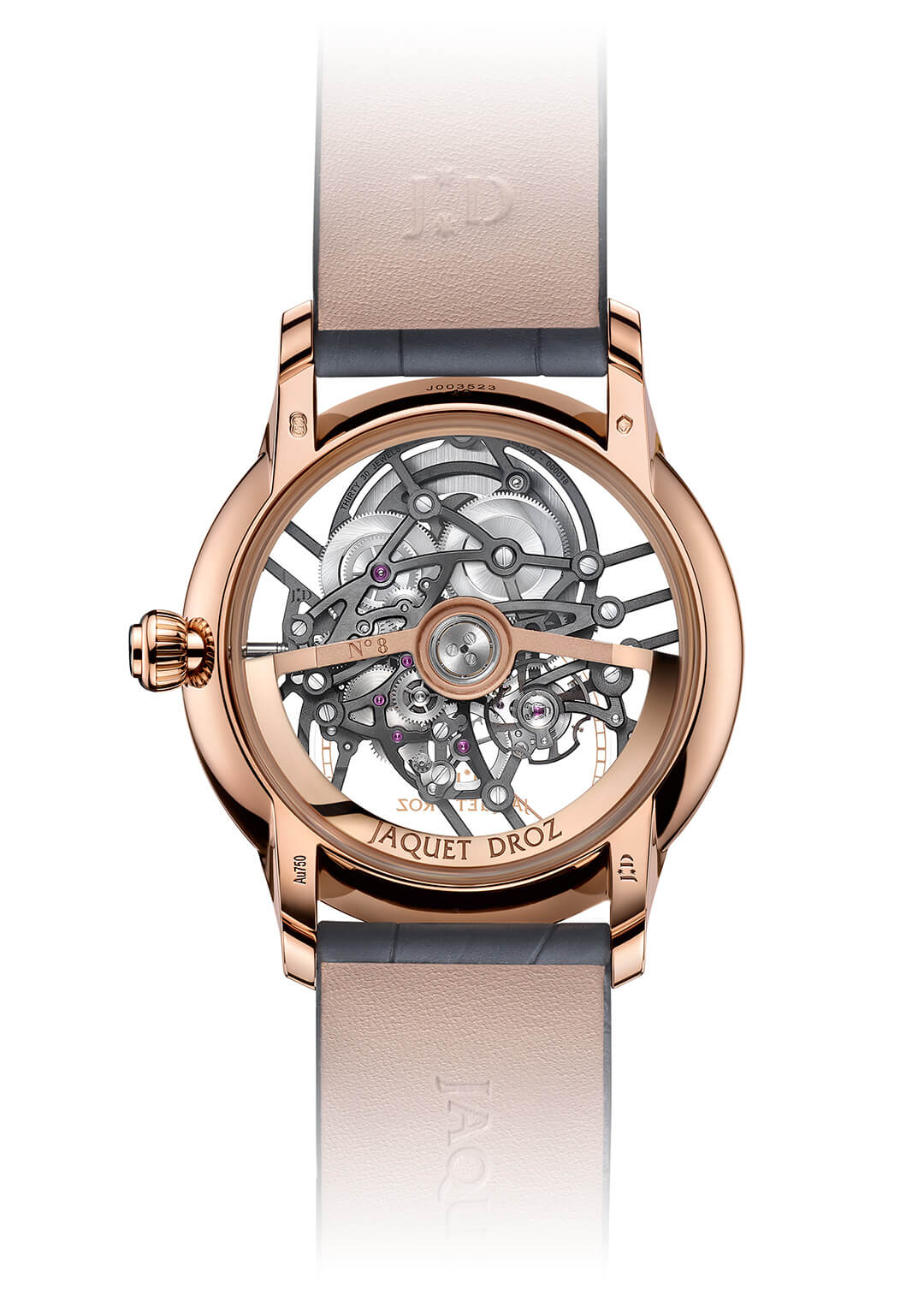 The first is rose gold and is relatively close to that first 2018 version. It has the same 2663 SQ calibre with a 68-hour power reserve, equipped with a matching gold rotor, and retains the overall architecture. The Roman numerals though have been switched for faceted rectangular indexes, rose gold against a slate grey dial. It’s a more streamlined, minimal look. It’s also the less interesting of the two models. 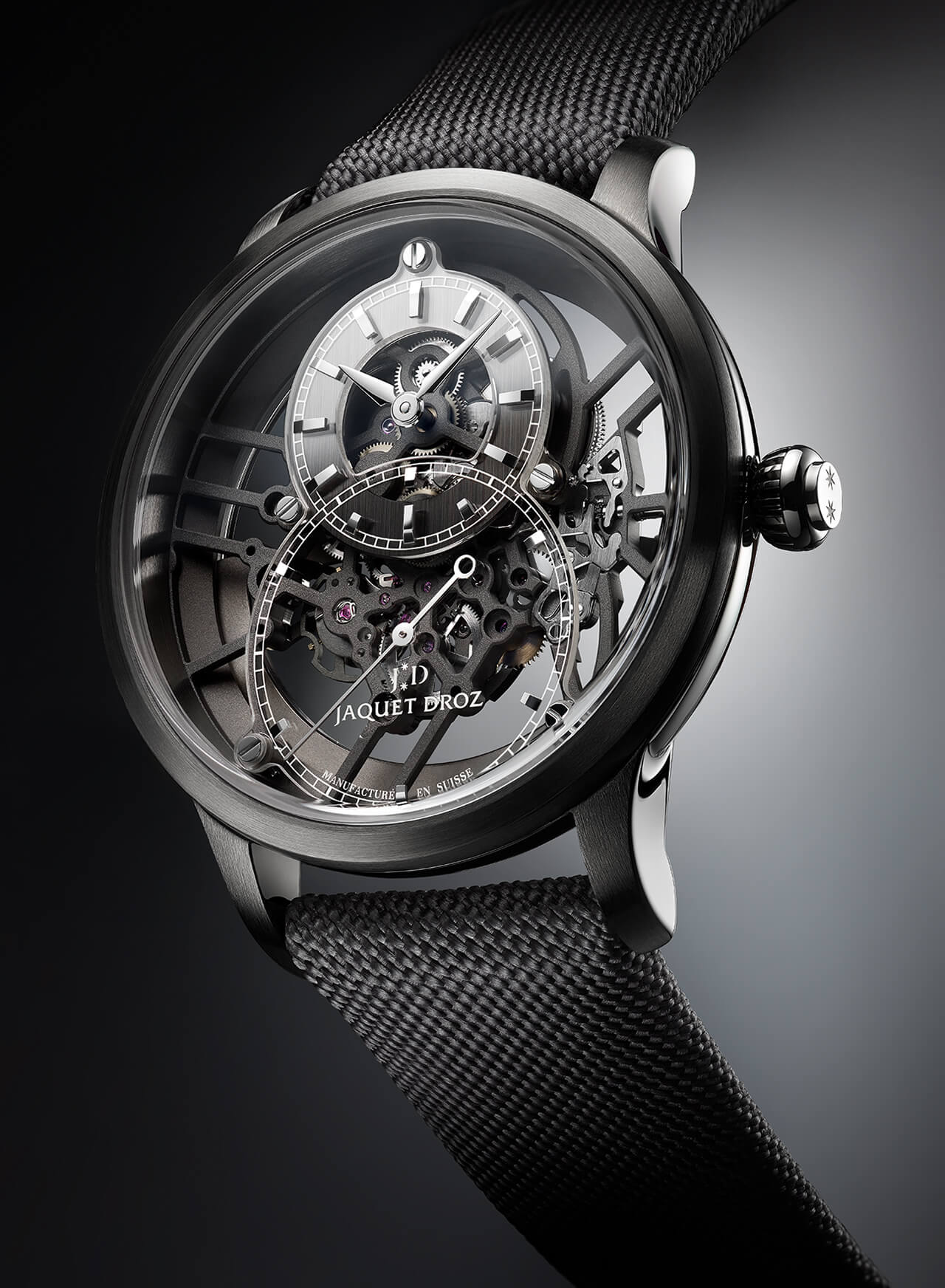 That’s because the second watch is housed in a ceramic plasma case. It’s yet another new watchmaking material to pop out of some Swiss lab, but it’s a damn sight more extreme than most. In ceramic plasma, the material is heated with 20,000 Celsius gas until it gets well beyond 900 Celcius itself until it gets a warm metallic glow. The end result is a dark grey, ultra-hard ceramic and a lab that should be busy getting us to Mars. 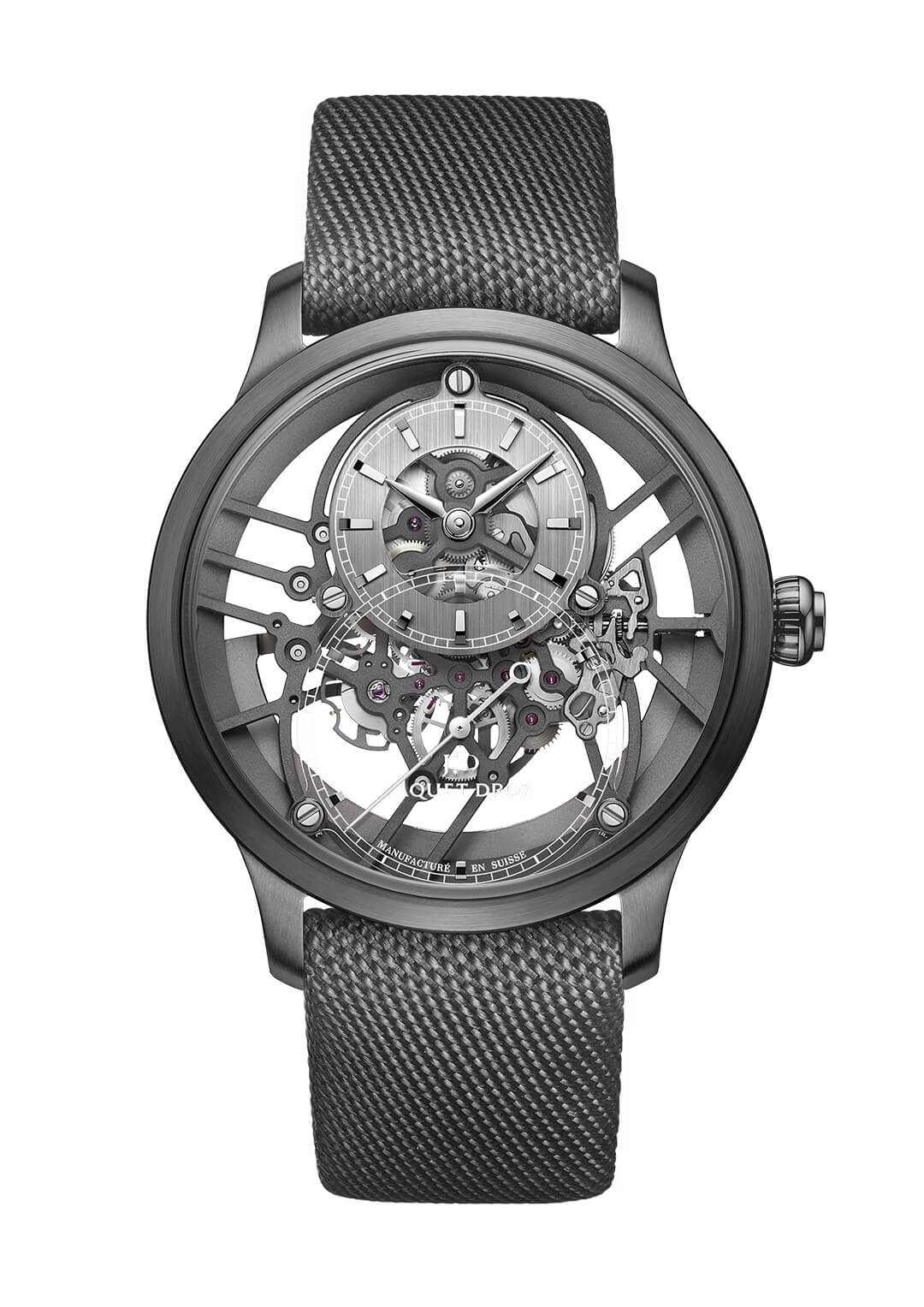 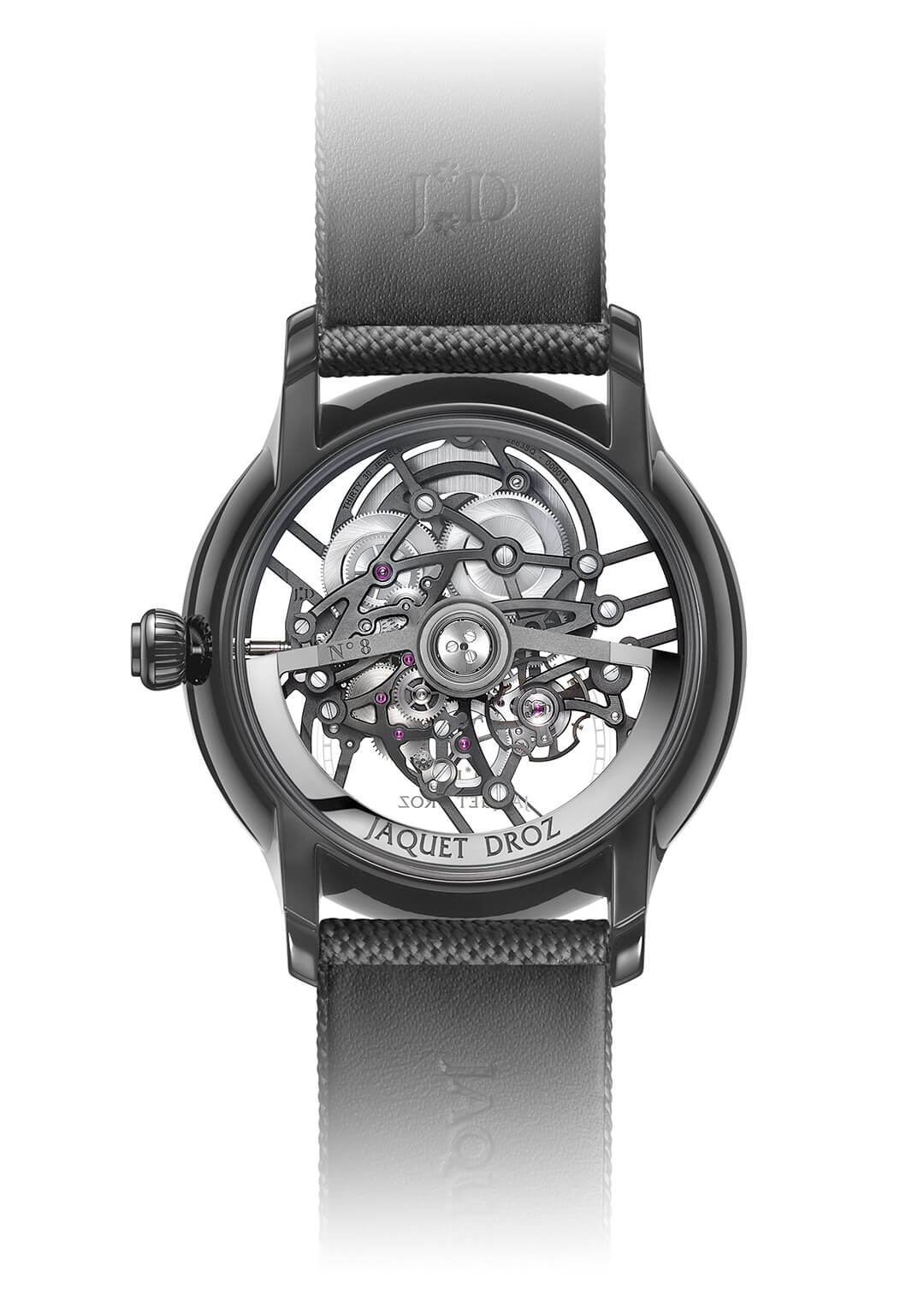 The ceramic plasma is all-encompassing, covering not only the case but the dial, rotor and bridges, darkening the architecture across the board. It’s only alleviated by the occasional silver bit of movement or synthetic ruby for an under-the-radar look the likes of which we’d never expect from Jaquet Droz. This is without a doubt their most modern watch to date and, quite possibly, their coolest.