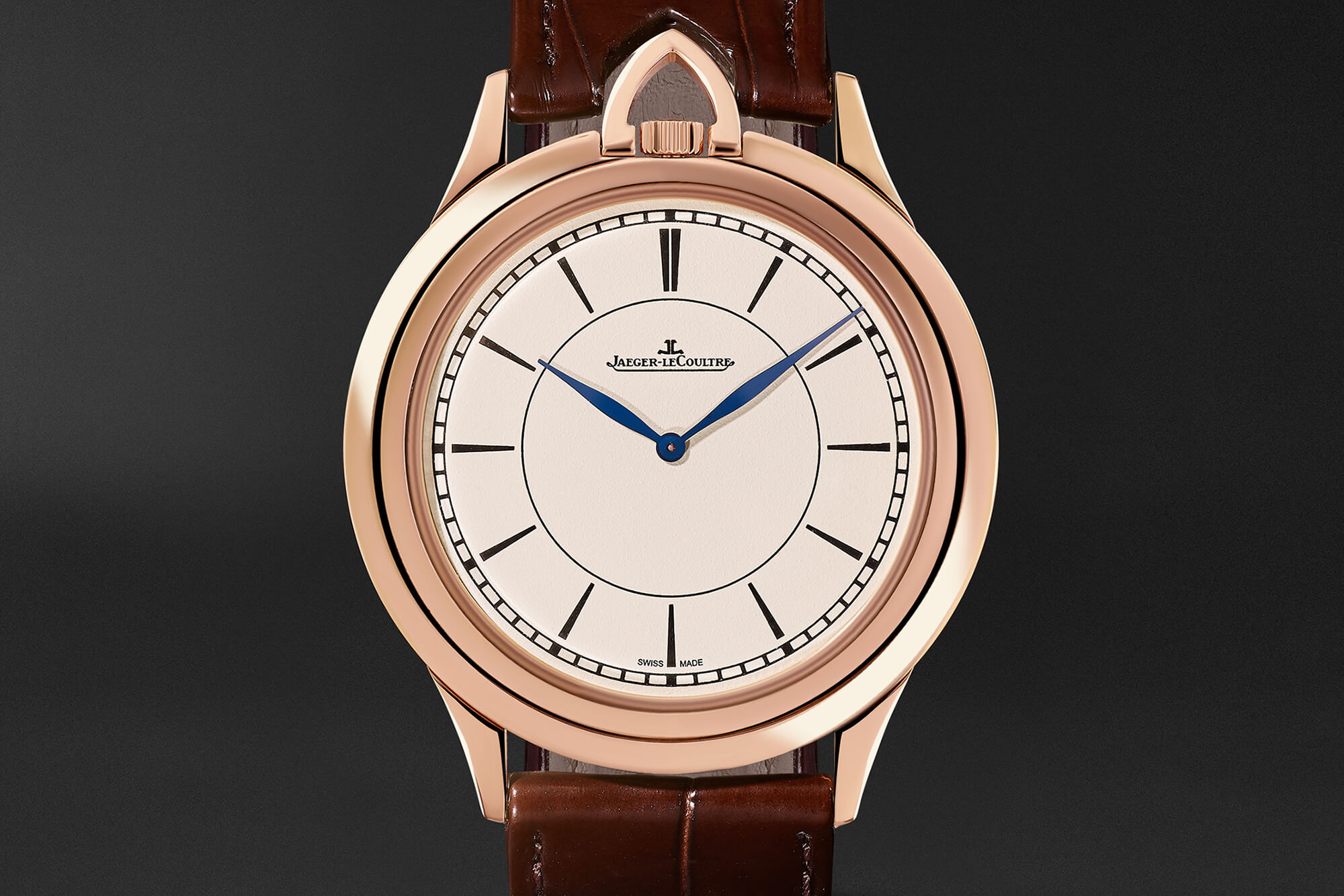 Filmmaker Matthew Vaughn is nothing if not promiscuous when it comes to the watches he puts on the wrist of the sartorially inclined spies of his highly successful action franchise, Kingsman.

The director, producer and writer started out courting Bremont, which supplied a dart-firing watch Q-branch would have been proud of, earning co-founder Nick English a blink-and-you’ll-miss-it role as one of the Kingsmen themselves in the process. Rather than continue that rather organic partnership for the less-than-spectacular sequel, The Golden Circle, Vaughn somewhat conspicuously opted to use TAG Heuer’s Connected.

Now as the franchise heads down the prequel route for its third outing, The King’s Man starring Ralph Fiennes, Gemma Arterton and Daniel Brühl, and takes place at the dawn of the 20th Century a smartwatch would be a little out of place. 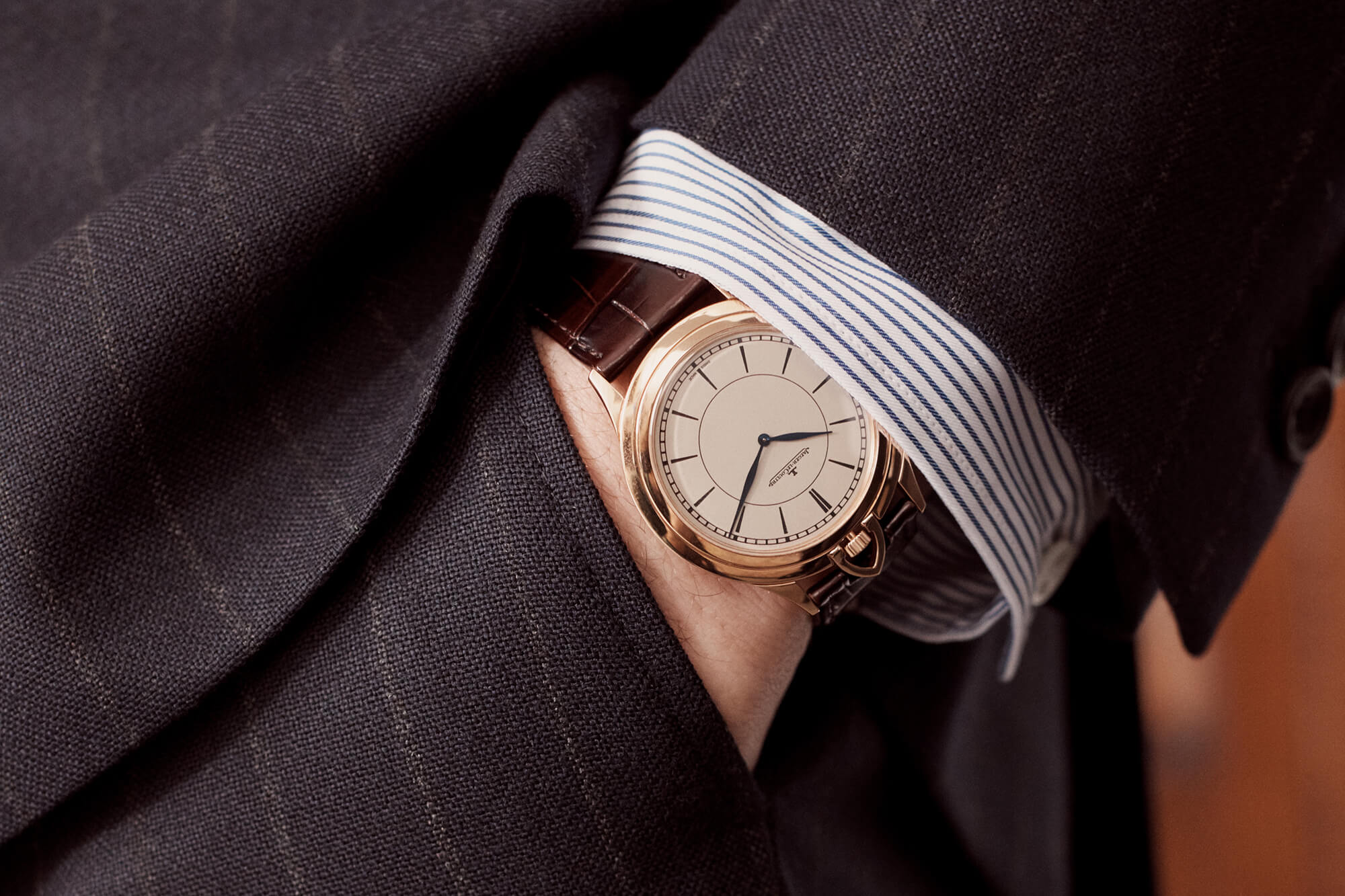 So, rather astonishingly, it’s the turn of one of horology’s historic heavy-hitters, Jaeger-LeCoultre, to equip the Kingsmen (or in this case the King’s Man) with what is undoubtedly their finest watch so far. Not only that, but the Jaeger-LeCoultre Master Ultra Thin Kingsman Knife Watch is limited to 100 numbered examples and is available exclusively (from today until September 6th) from MR PORTER, the online style boutique that launched an eponymous ‘costume to collection’ apparel line when the first film premiered six years ago.

The Knife Watch takes its inspiration from the exceptionally beautiful and ultra-thin Couteau (French for knife) pocket watch that Jaeger produced in Paris in 1907 (Jaeger and LeCoultre would not merge for another 28 years) with the profile created by the domed watch glass, sloping bezel and caseback resembling the blade of a knife. It is also an object that deftly illustrates that the Art Deco movement didn’t begin and end in 1920s New York. 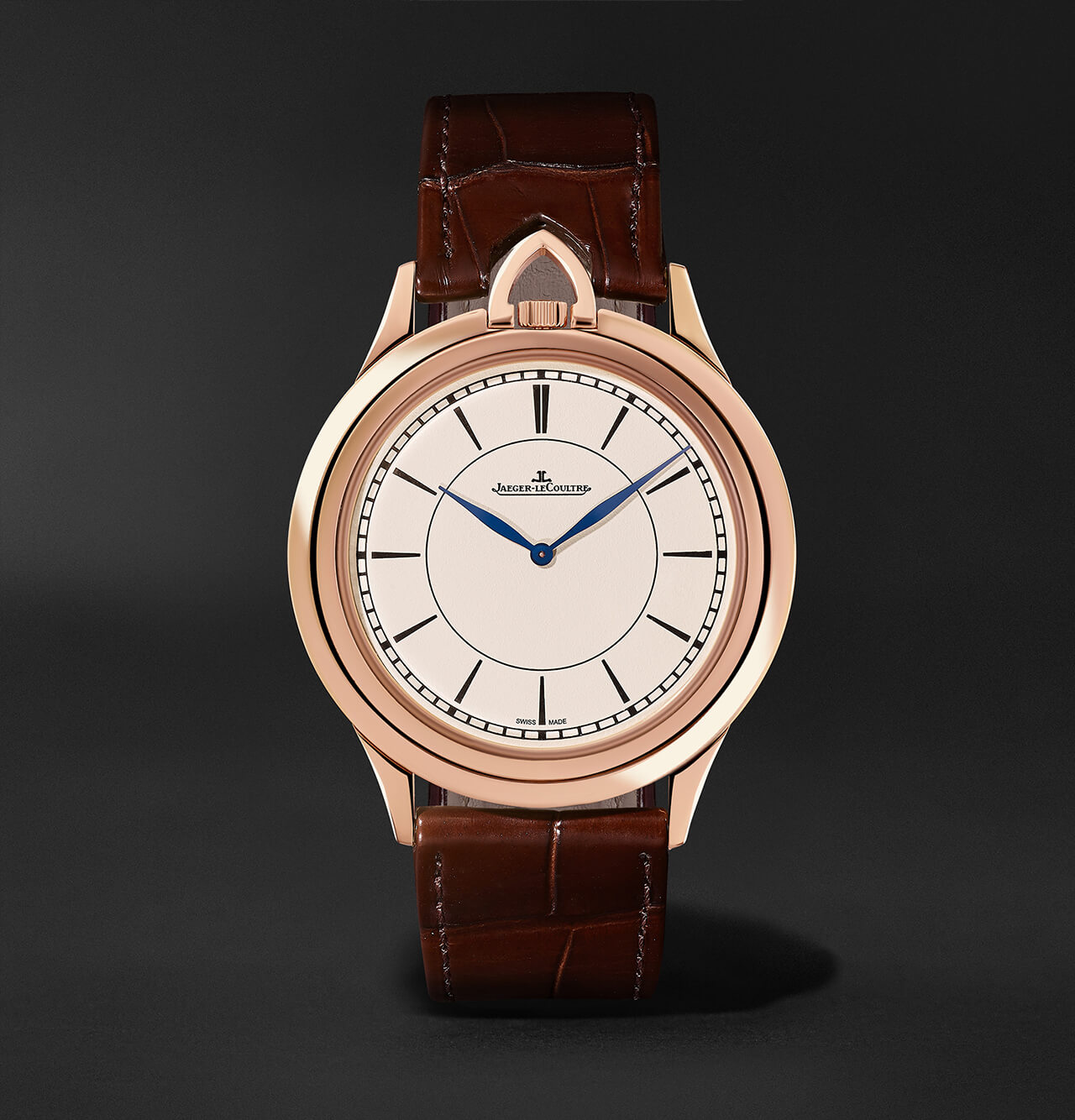 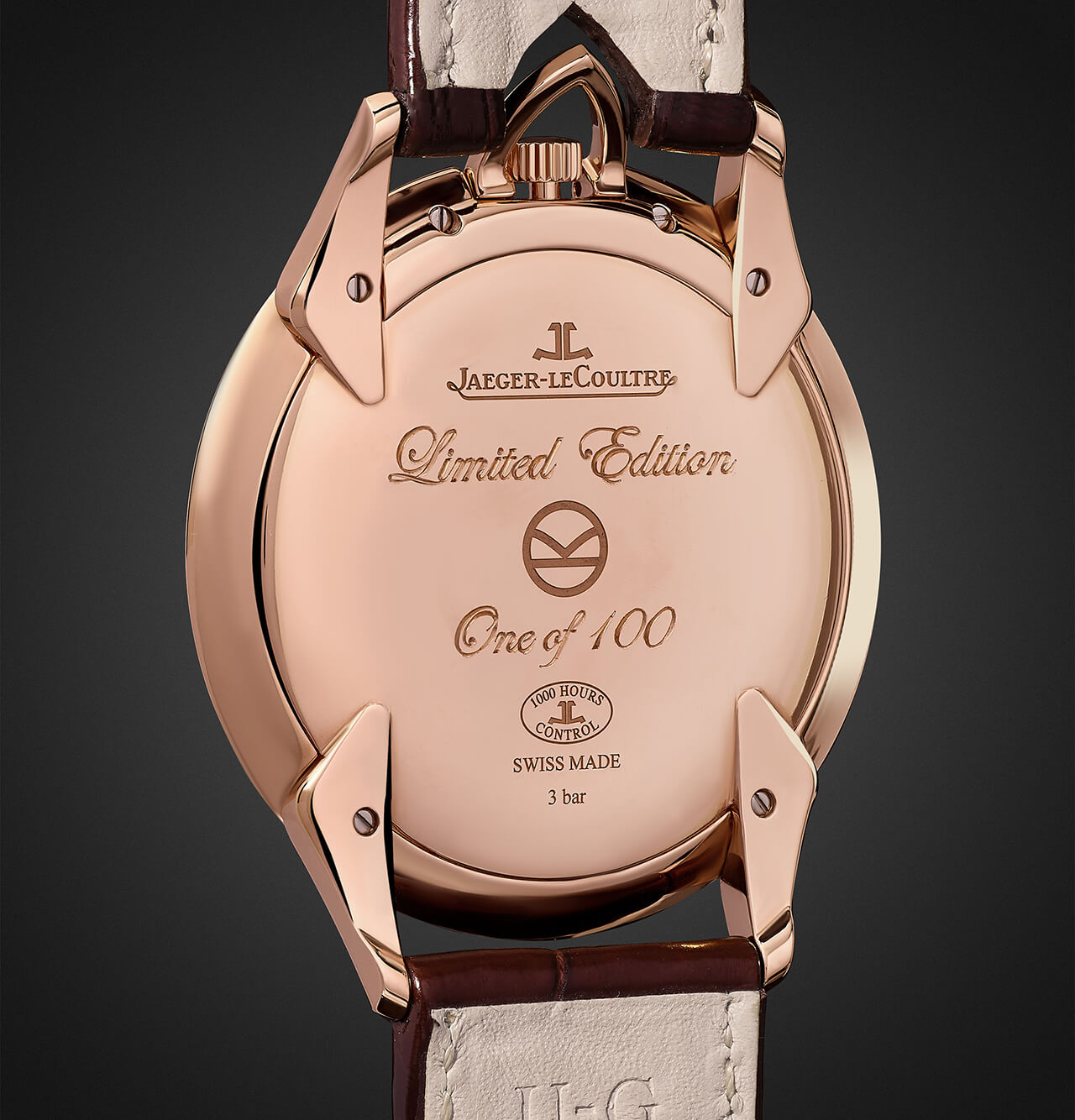 Jaeger continued to riff on the Couteau premise for decades after the original watch was produced, as recently as 2014 producing the rather duff tribute, the Master Ultra Thin 1907, but rarely this faithfully.

Looking at the new 40mm pink 18ct gold watch we had hoped (prayed to the watch gods would be more accurate) that its stepped bezel might suggest this was a pocket watch mounted in a housing but, alas, that does not seem to be the case. 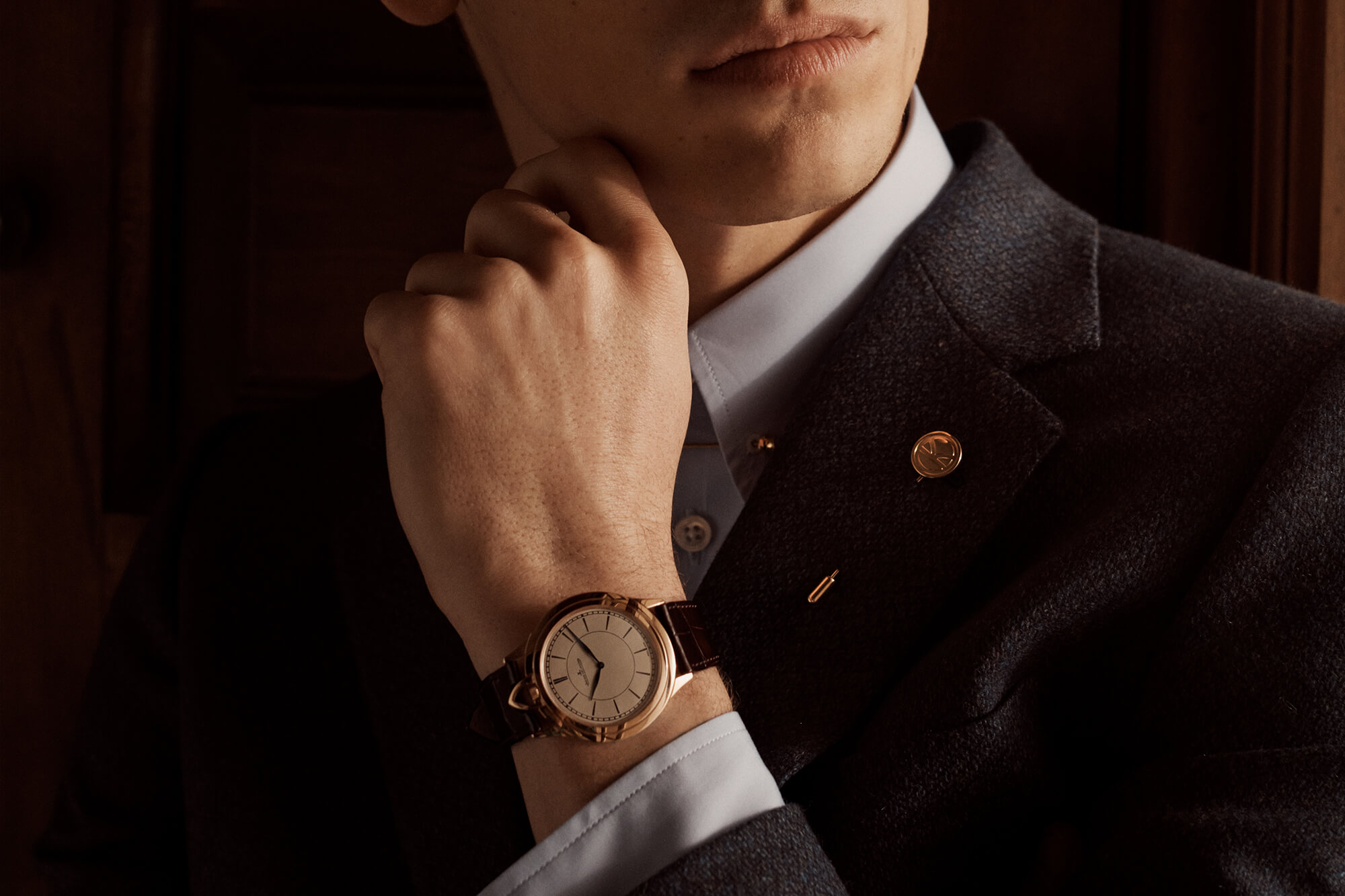 The Knife Watch, however, more than earns its Ultra Thin nomenclature, being just 4.25mm from front-to-back, while its handwound Calibre 849 fair boggles the mind with its 1.85mm depth, a fact made all the more incredible when you consider this is a traditional Lépine-style movement complete with mainplate and bridges. 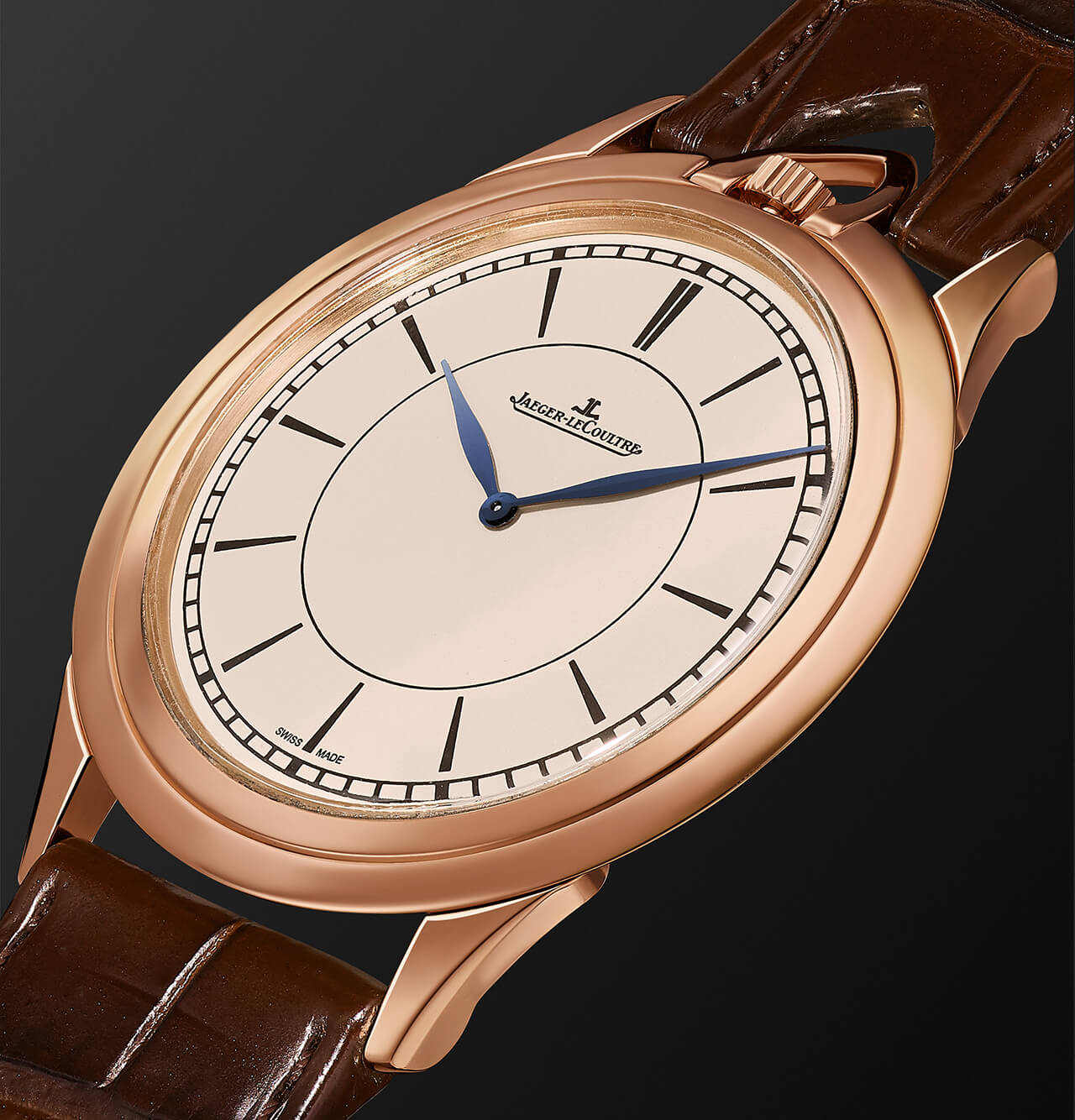 Jaeger-LeCoultre has tweaked elements of the watch, presumably with one eye on contemporary tastes, replacing the original Breguet hands with Leaf hands and using simple baton hour markers in place of the original Roman numerals. Thankfully the main elements of the design remain intact; the crown at the 12 o’clock, the triangular bow, the railway minute track circling the dial and the ‘knife blade’ profile. 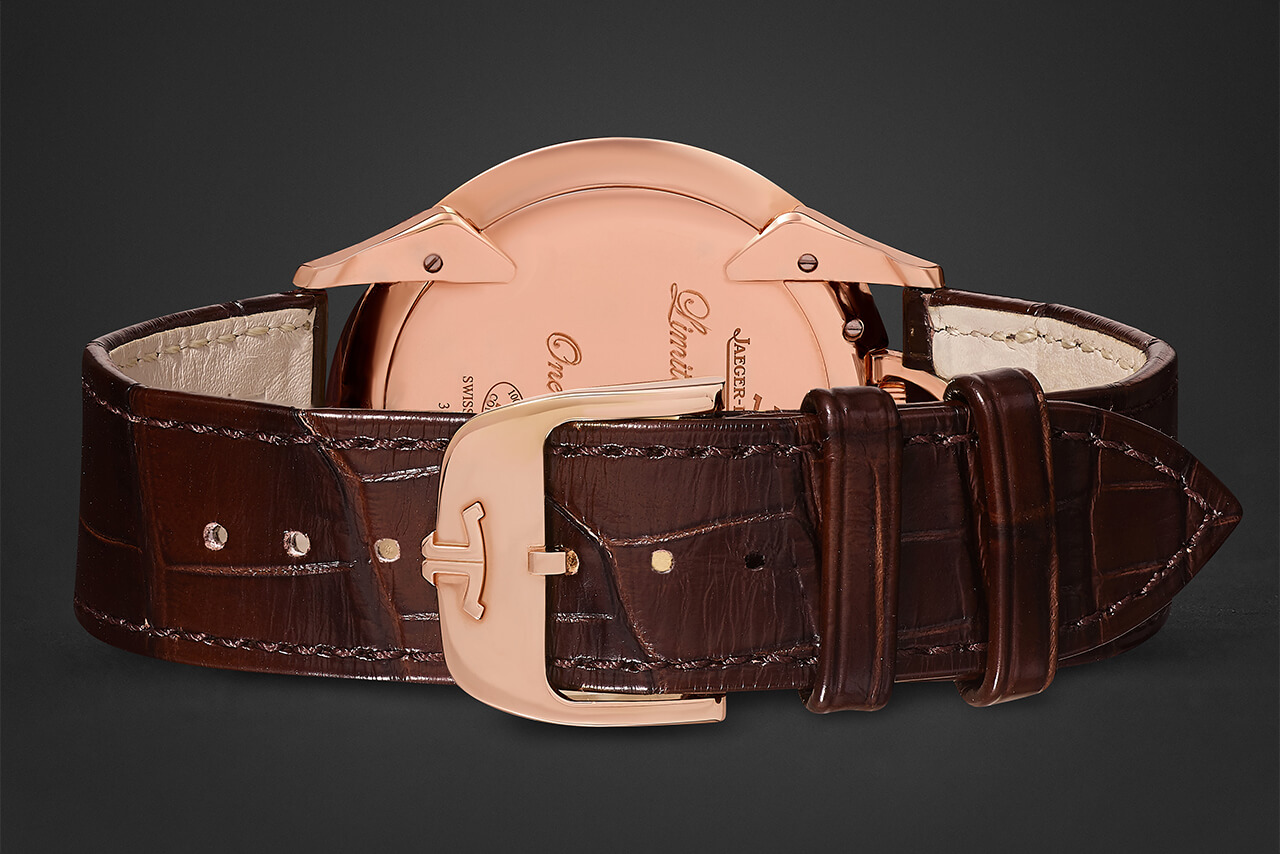 We haven’t seen anything more of The King’s Man than the ripsnorting official trailer so far so can’t comment on the watch’s inevitable onscreen appearance, but wearing a wristwatch in what looks like the eve of the First World War would make the Master Ultra Thin Kingsman Knife Watch just as futuristic as any Bond gadget since… well maybe not an invisible Aston Martin, we’re still waiting on that.