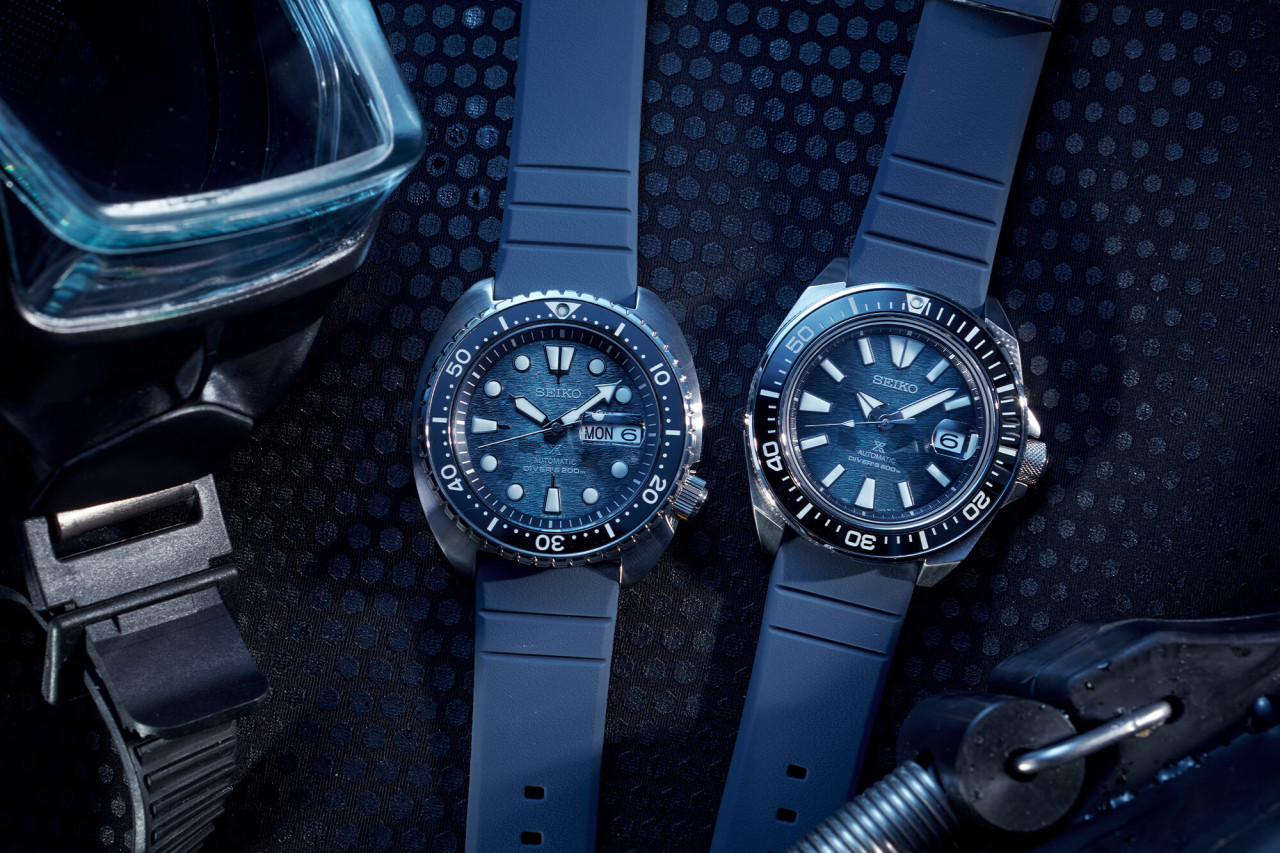 The oceans have a special place in many a watchmakers heart, predominantly that place that knows that, if there weren’t oceans, their diving watches would be a tad redundant. At least thematically. It’s why so many maisons, big and small alike, have some connection with an ocean charity.

Not to be outdone by the myriad charity timepieces out there – and to make sure they have a finger in every delicious pie – Seiko has joined in the environment-saving fun with a pair of revamped diving classics: the King Turtle and King Samurai, Save the Ocean editions. 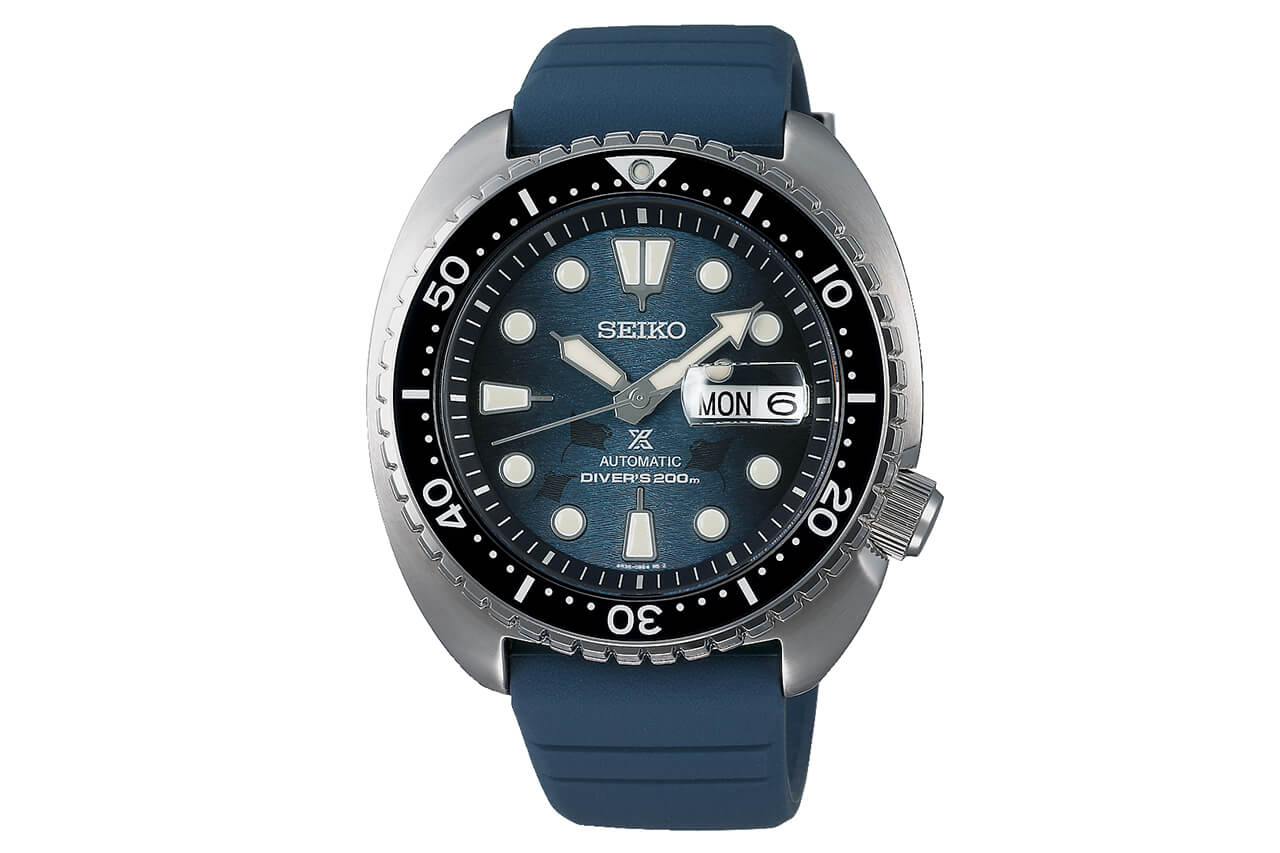 The Turtle is probably the most apt for a marine creature-saving watch. Not only is the name perfect, but it’s one of Seiko’s most enduring diving designs with its curved, shell-like case and solid specs.

The main difference with this edition is the dial, which in a similar vein to Carl F. Bucherer’s charity ScubaTec, puts a manta ray front and centre. Rather than gold on black though, the rays here are more subtle, darker blue on blue. Apparently it’s a view of them 5m down. Either way, it’s a nice touch that doesn’t feel too much like novelty value. 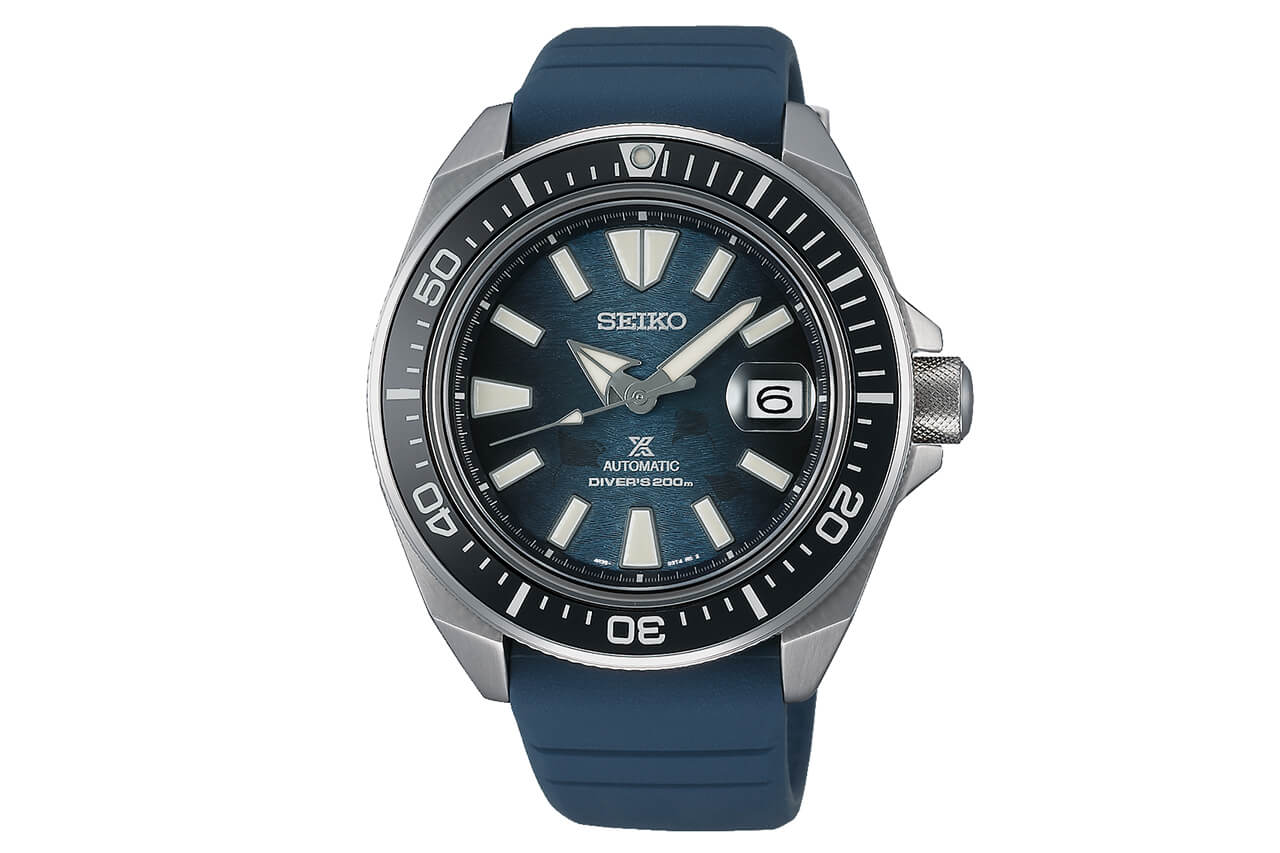 Next up is the King Samurai, named for its angular, strongly-faceted lugs. Once again though, the main difference is the blue dial which has those ghostly rays moving just underneath the faux-water. It’s a slightly more unusual pick compared to the Turtle, but one that diving fans can appreciate, especially when it comes with typical Prospex capabilities.

As you might have expected, both pieces donate a portion of their proceeds to sea conservation organisations. I’m not sure which those are or precisely how much is being donated, but Seiko certainly haven’t pushed the price up to compensate. 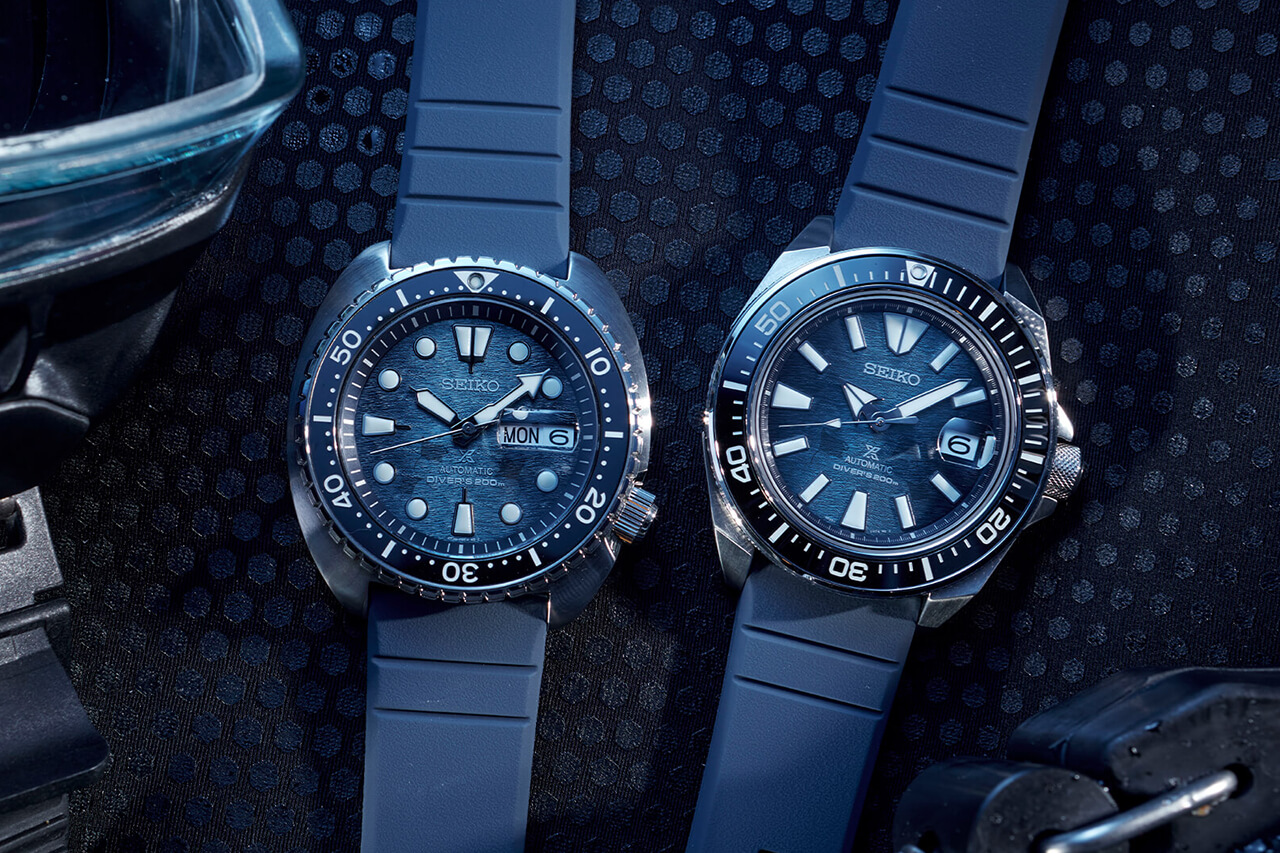 Either variation, set on a dial-matched blue rubber strap, will set you back just £550. To round things off they each come in a special edition presentation box, so you can really show off just how charitable a person you are. Or not. Preferably not.