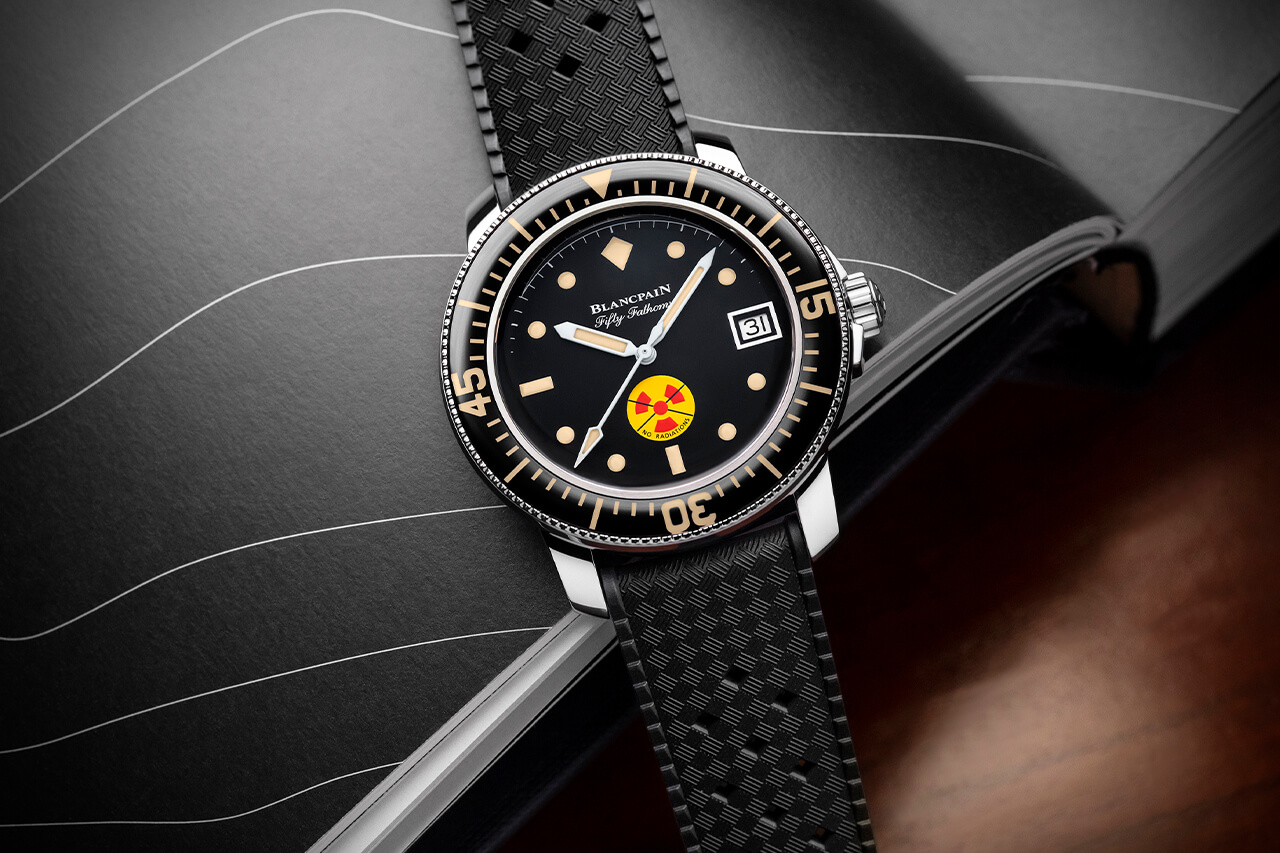 Blancpain bills their seminal Fifty Fathoms as ‘the first modern diving watch’ and, while there’s a grain of truth in there, it’s a bit of an odd statement. It’s not like it was sent back in time, and given that it was first unveiled in the mid-1950s, it’s perhaps more accurate to say it was the first diving watch of the atomic age – which makes its latest archival deep dive all the more fitting.

The Fifty Fathoms was a popular military watch. It had not only the stylistic credentials of an officer but the practical considerations that any navy would be looking for. And if there’s one fear that military forces of the 50s and 60s had (and the rest of the world throughout the cold war) was radiation. 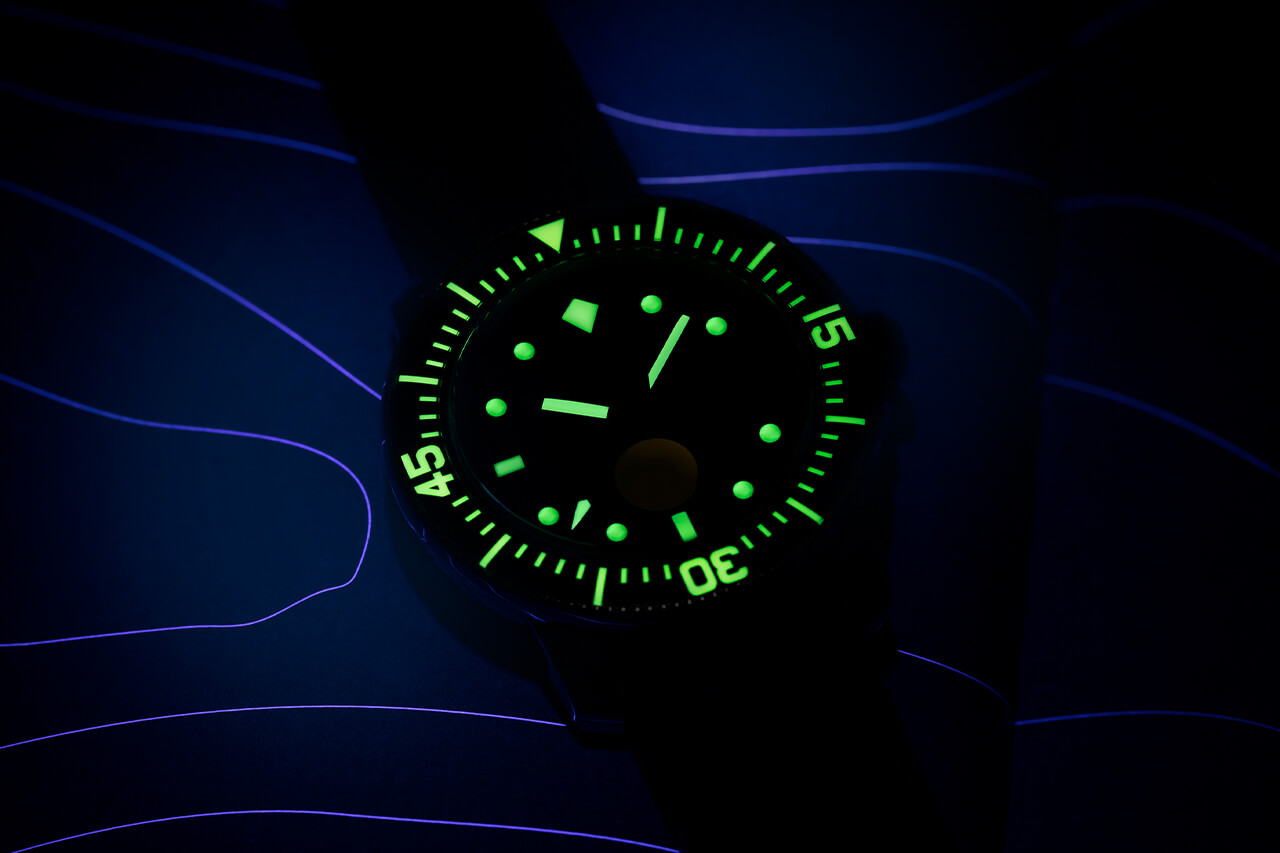 In fact, once everyone started freaking out about radioactive material, it wasn’t long before watch lovers got a little nervous of wearing radium – the radioactive dial luminescence of choice – on their wrist. Sure it wasn’t a bomb threat, but the horror stories were out there.

Yet where most watchmakers just opted for tritium instead (still radioactive, but supposedly not as bad), Blancpain stripped off all radioactive material from their dial. They weren’t subtle about it either, putting a crossed-out radiation logo right on the dial of a watch they were building for the German Bundeswehr. It was called the Fifty Fathoms RPG 1 model and has since come to be known as the Bund No Rad.

It was an odd, quirky and incredibly unusual detail and didn’t exactly fit in with the utilitarian elegance of the standard Fifty Fathoms. It almost goes without saying that it became an instant collectors’ item. History lesson out of the way, here we are with the modern ode to that original Bund No Rad, the Tribute to Fifty Fathoms No Rad. 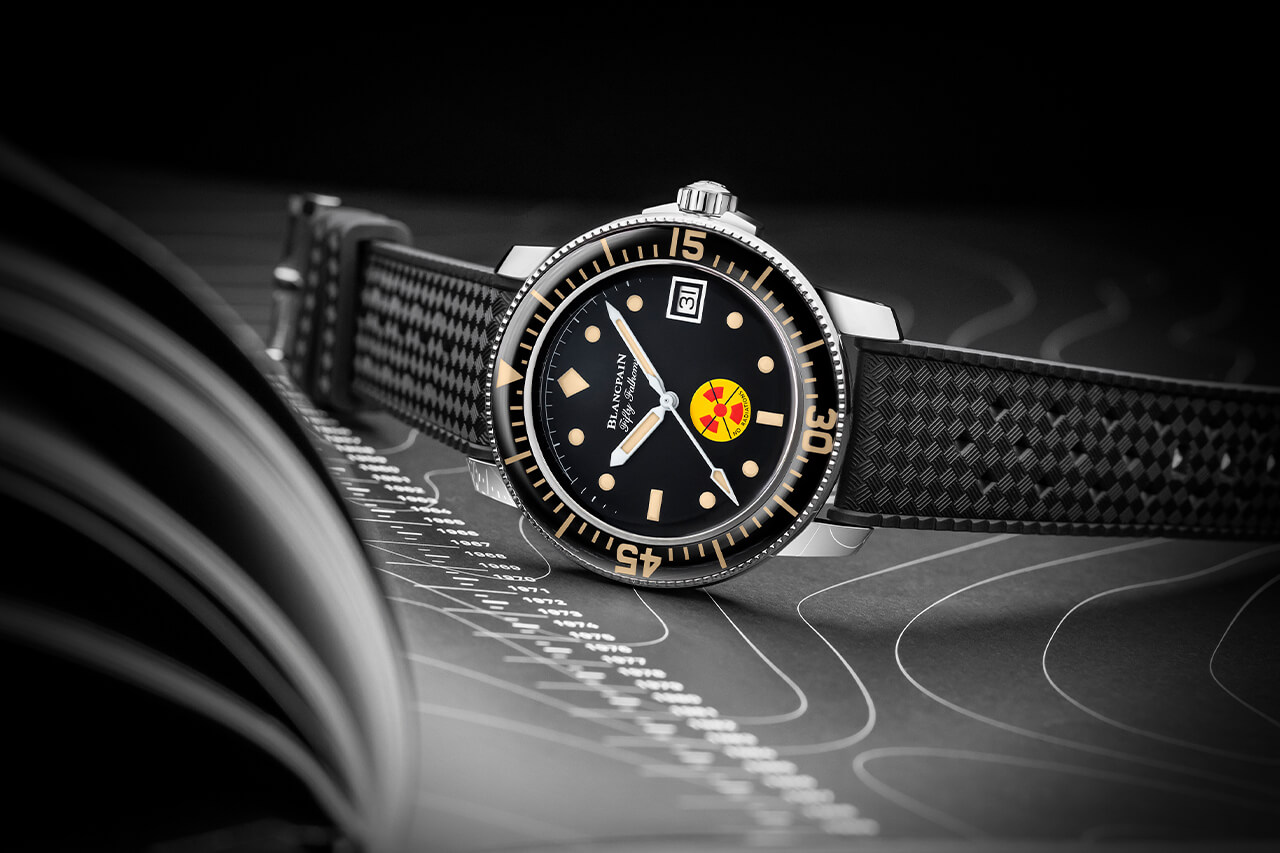 Now, this isn’t the first time Blancpain has reintroduced the No Rad, but the 2010 version wasn’t the best. Aside from the signature yellow and red logo, it didn’t have much in common with its namesake and had a huge 45mm stainless steel case.

Still, this new version isn’t a revival piece a la Zenith; it’s a tribute, more like what Jaeger-LeCoultre often do with the Reverso. That means that it’s not a faithful recreation, more a contemporary interpretation. That means a distinctly modern movement – the calibre 1151 automatic movement with its 100-hour power reserve – and a different size.

We’re used to larger modern watches but here the case measures in at 40.30mm, smaller than the 41mm 1960s Bund No Rad. Otherwise, it’s pretty much in line with the early military Fifty Fathoms, right down to the matt brushed dial and classic, utilitarian indexes, all of which are taken directly from the original. 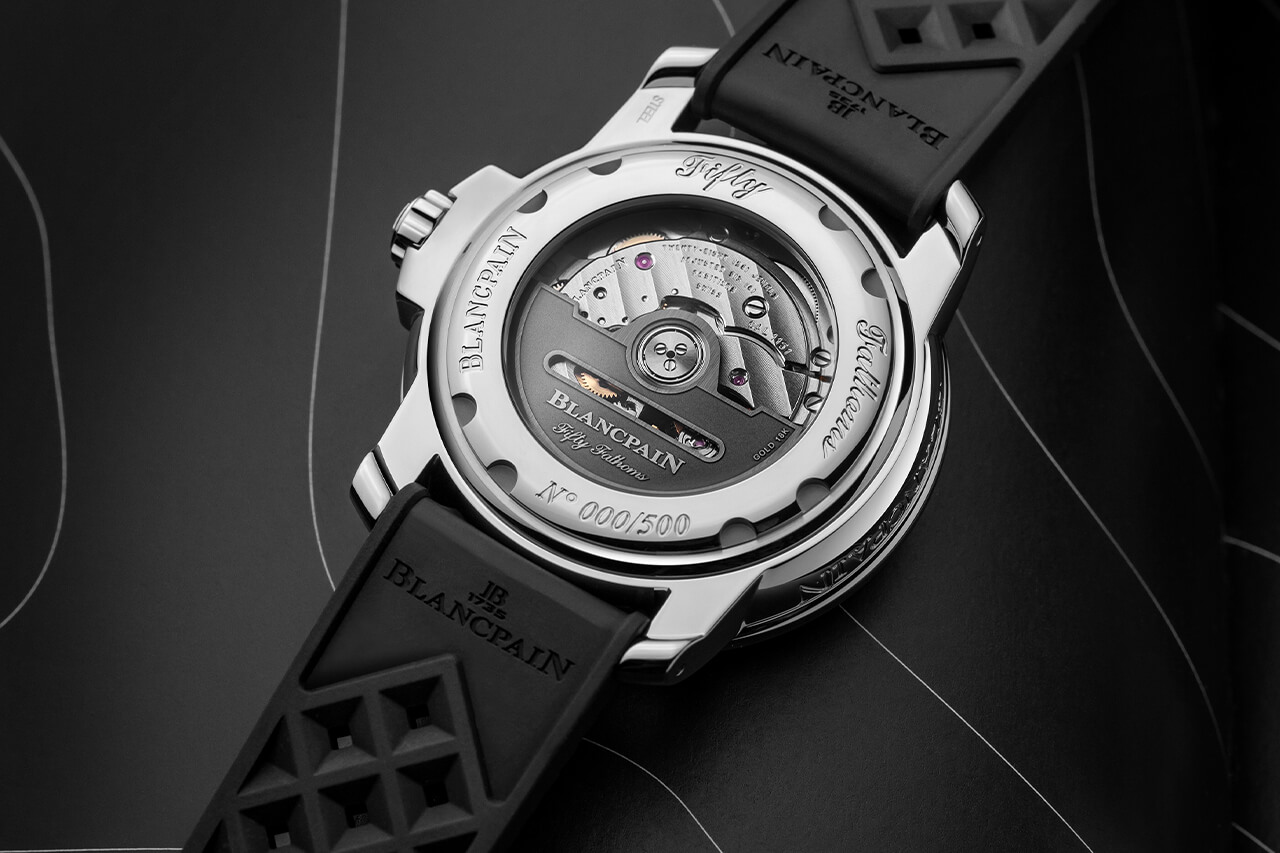 The exhibition caseback wouldn’t have been on the original, but I have to give it to Blancpain, the calibre 1151 looks fantastic through it with the anthracite rotor and plenty of Cotes de Geneve. In fact, the entire watch looks great, a vintage-slanted, archivally-inspired throwback that isn’t just a re-issue. In fact, it might just be their best launch for a good few years.

Price-wise it seems about right for a cool, limited edition Blancpain: £11,800, limited to 500 pieces worldwide. Yes, 500. If you’ve not already ordered one of these, I hate to break it to you but you won’t be getting one.