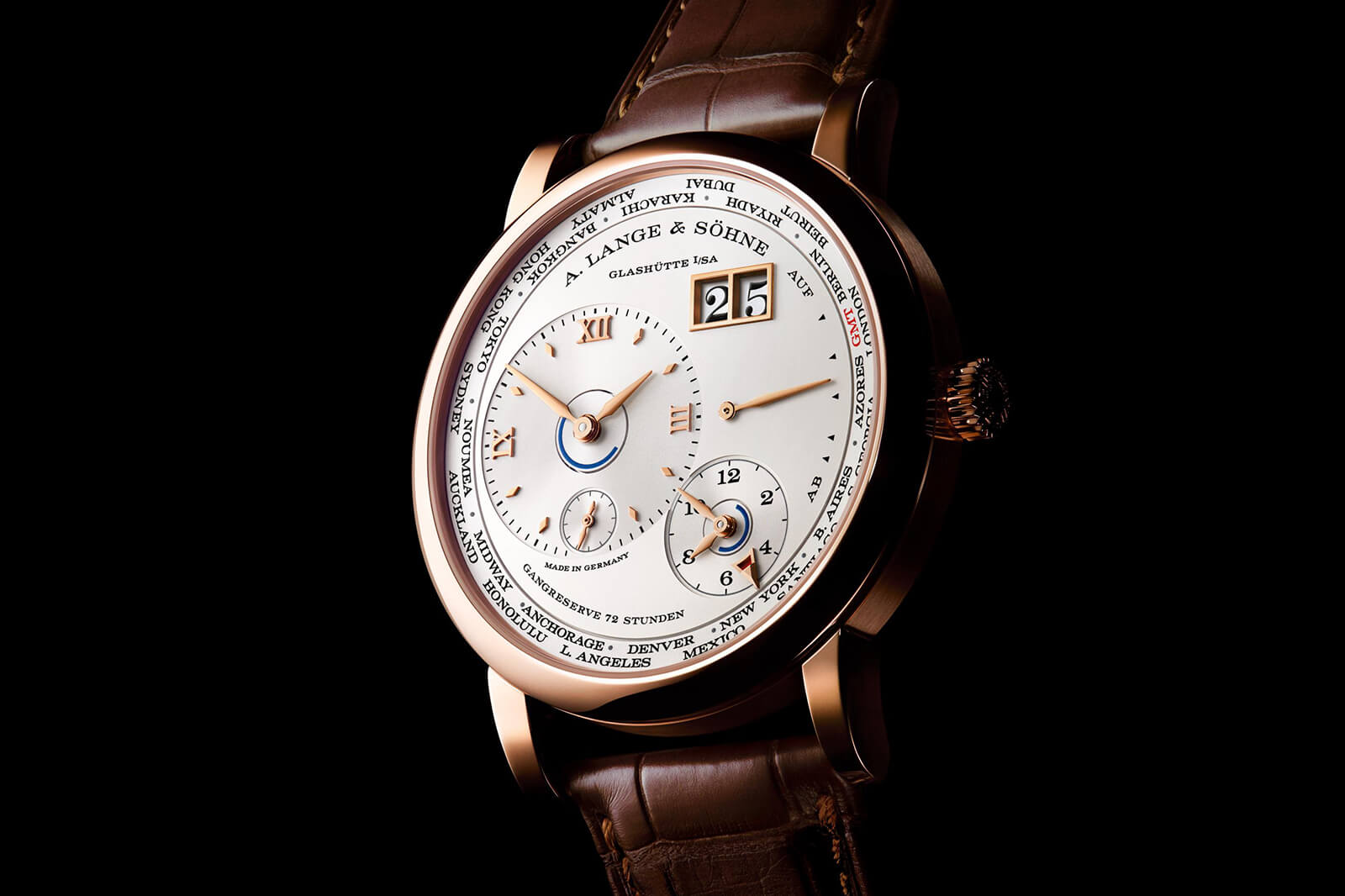 For 15 years the Lange 1 Time Zone has been among the most elegant traveller’s watches on the market; but even it, after a decade and a half, is starting to look its age a little. It’s no shame to get a little work done, which is why A. Lange & Söhne has now released its latest, facelifted (and horologically-refined) Lange 1 Time Zone.

First off, the Time Zone isn’t strictly a worldtimer, despite having all 24 key cities arrayed around the edge of the dial. This is instead an incredibly useful way of setting the second time zone dial at 5 o’clock and keeping track of to which city it’s set. 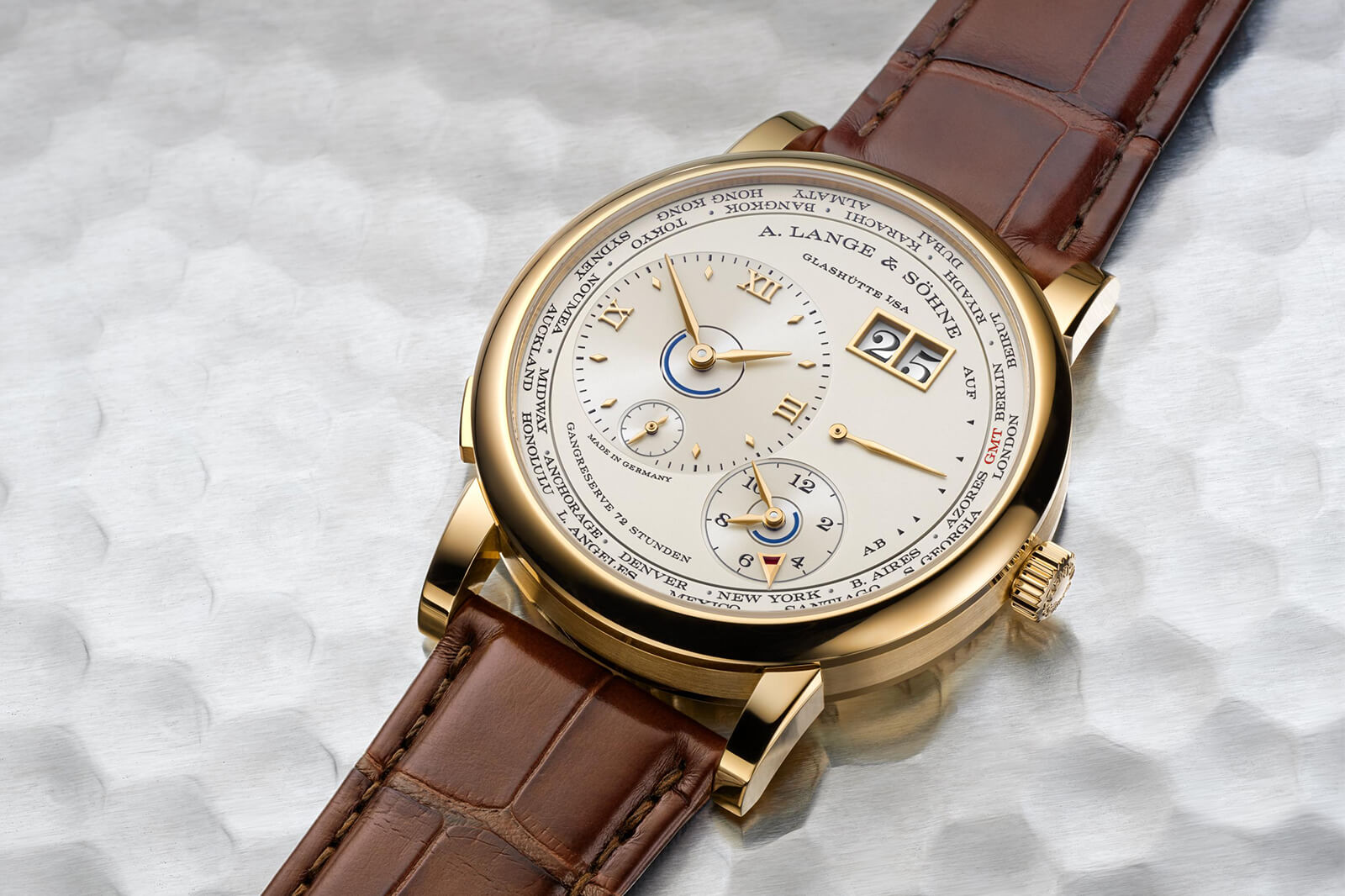 Because of the asymmetrical layout – a signature of the first four watches out of Lange when they relaunched – you can’t really use it any other way without counting backwards around the edge. It’s doable, it’s just a little inelegant. The same can’t be said of the rest of the watch.

Along with the second time zone dial, local time is shown at 9 o’clock, a power reserve at 3 and an outsize date at 12. It even includes a nifty little ring-shaped day-night indicator and a daylight savings indicator. For a lot of watches, that’s too much info; somehow here it not only fits, but looks right. More importantly though, it also works right. 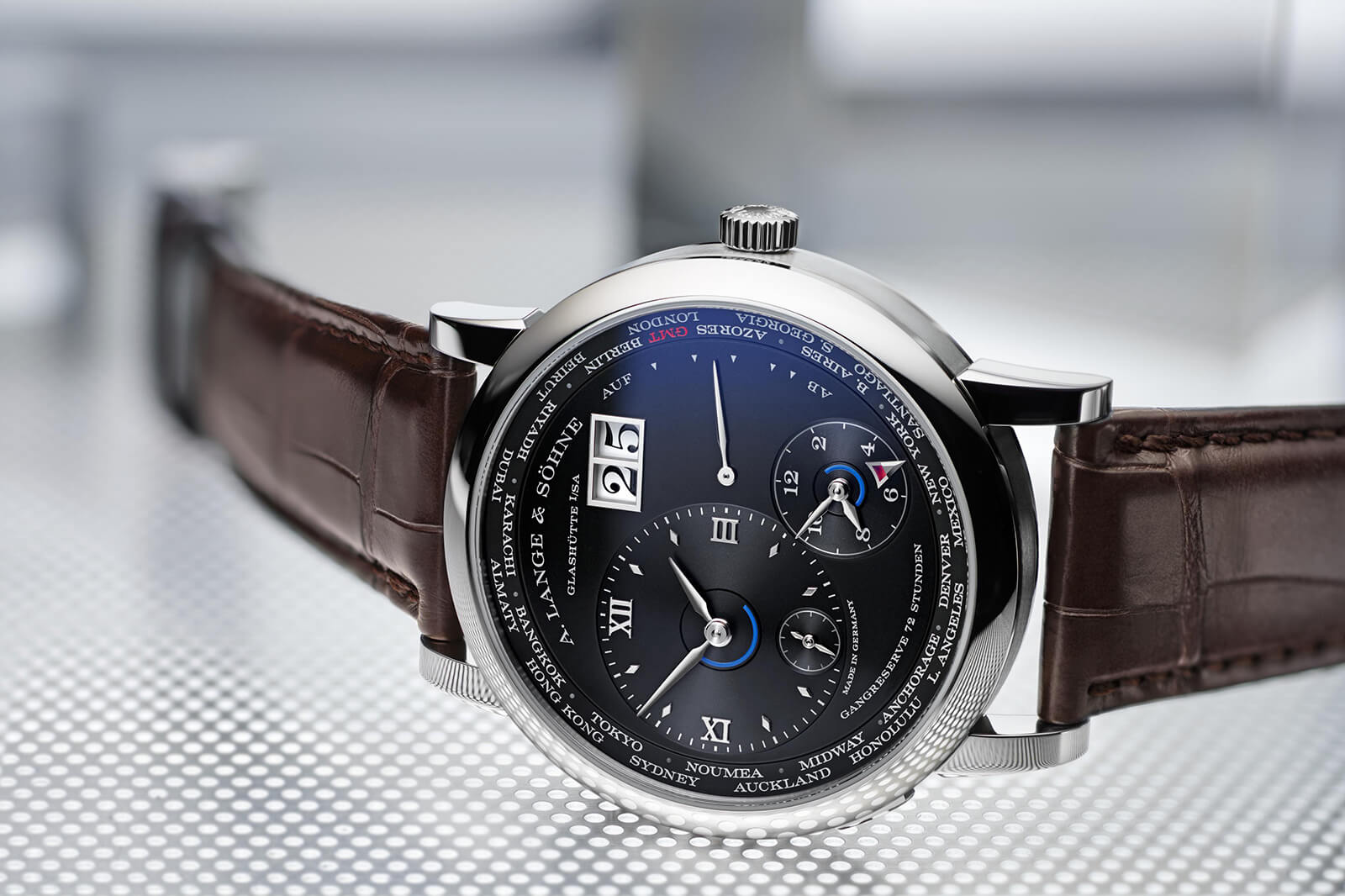 Both the second time zone and the corresponding city ring can be easily shot forwards by an hour (like you were heading East) ensuring it doesn’t go out of whack by even a minute. More impressively though, both dials are linked so that the wearer can easily switch the time zone from the smaller to the larger. If you’re planning on sticking around your destination for a few days, it’s a nice little (deceptively complicated) touch. 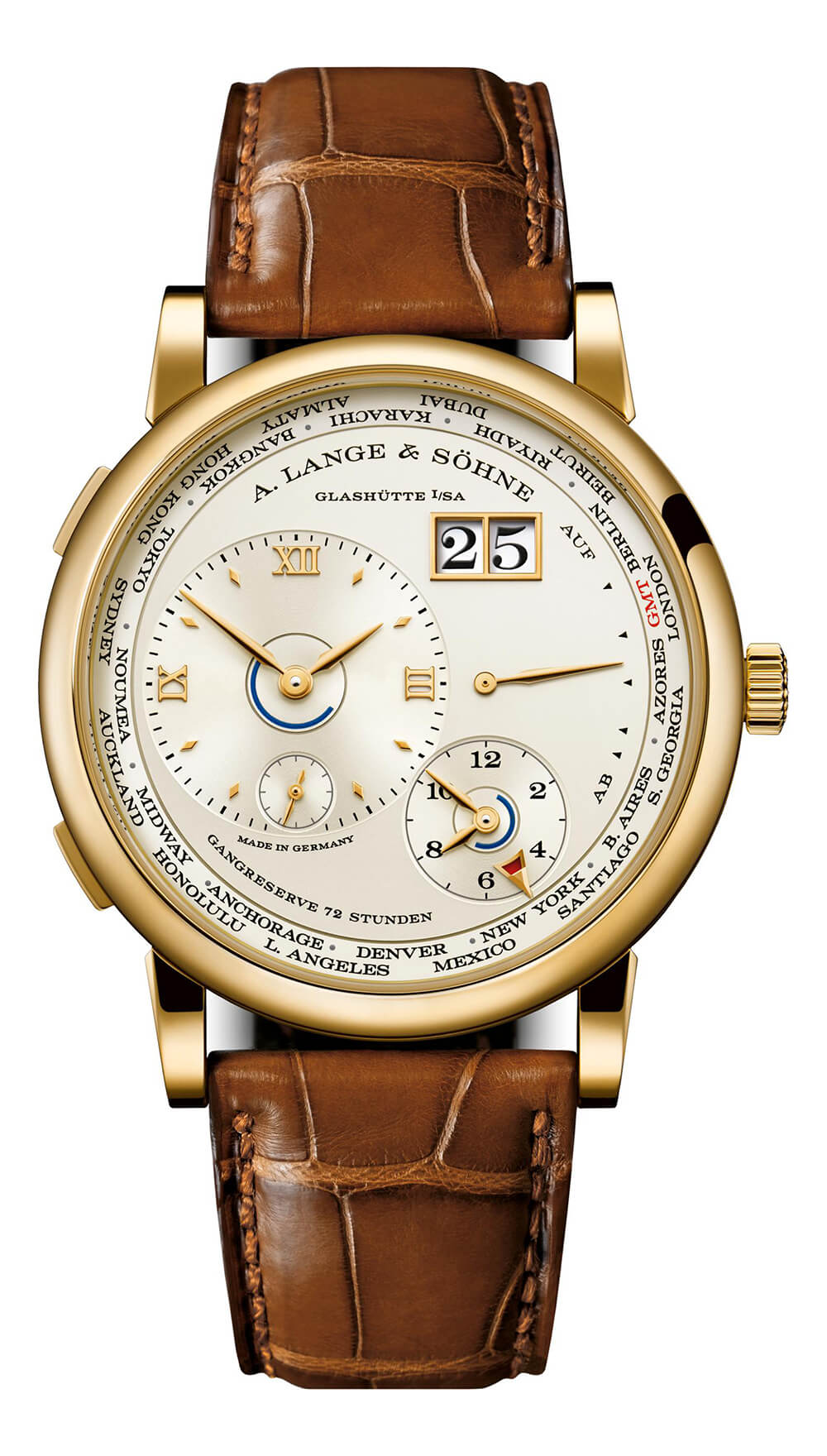 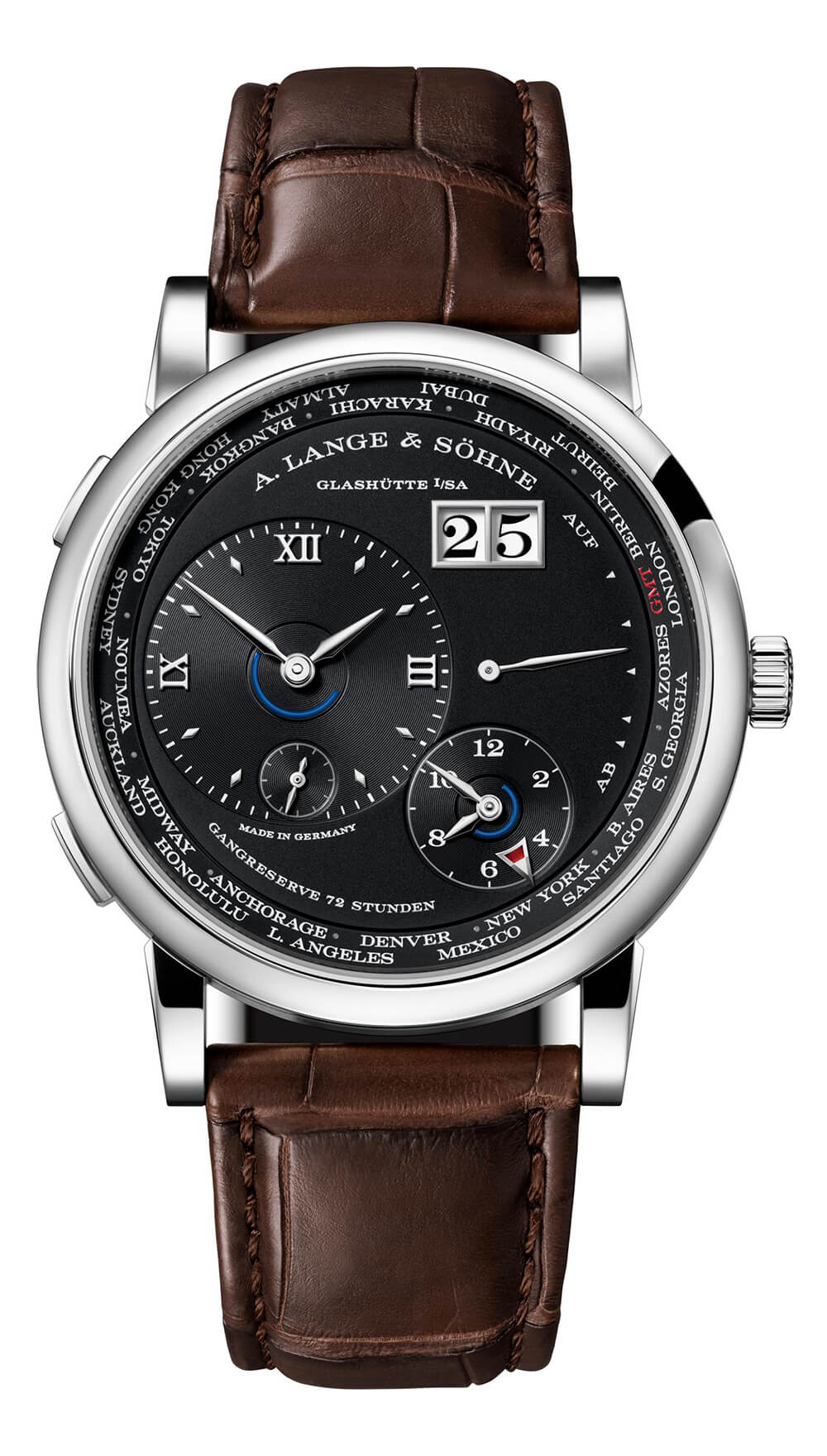 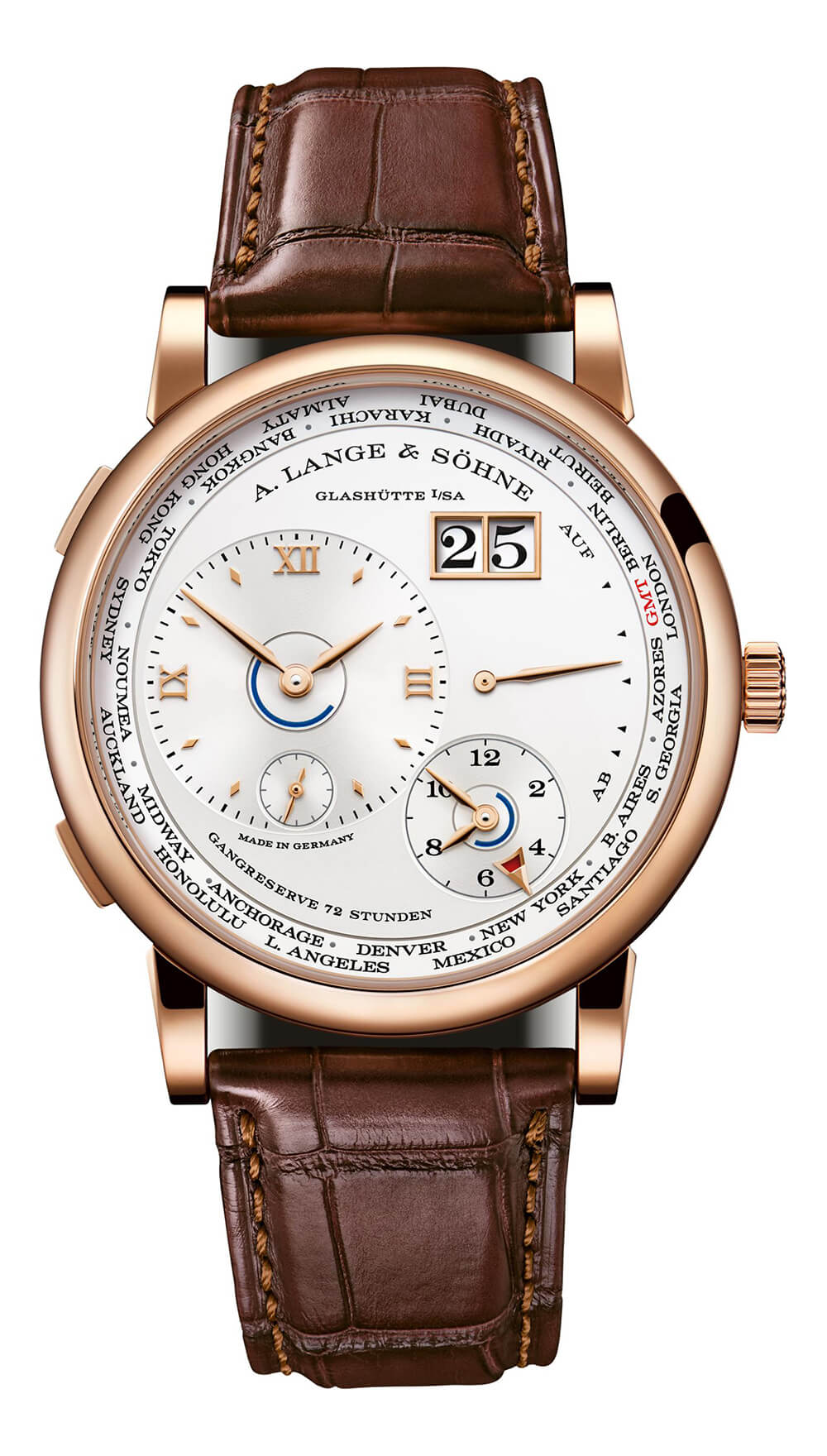 Metalwise, the Timezone is pure Lange. In the rose gold version the restrained silver and gold dial, a livery that could bring a certain classical sophistication to Love Island, helps streamline the various indicators across the watch, helped along by its generous 41.9mm case size.

The new watch will also be available white gold with a black dial and yellow gold with a champagne dial. While we’ve yet to see images of either version, we’d love to get our hands on that last – but with a limited edition of 100, that’s going to be easier said than done. At least the white and pink gold versions are unlimited.

The biggest different between the new Time Zone and the 2005 original however isn’t in the looks, but the movement. Replacing the old L901 calibre wholesale, the L141.1 offers a 72-hour power reserve (despite a single barrel) and is an horological masterpiece of German silver, Glashutte stripe and a hand-engraved balance. Even by the lofty standards of Lange, it’s lovely.