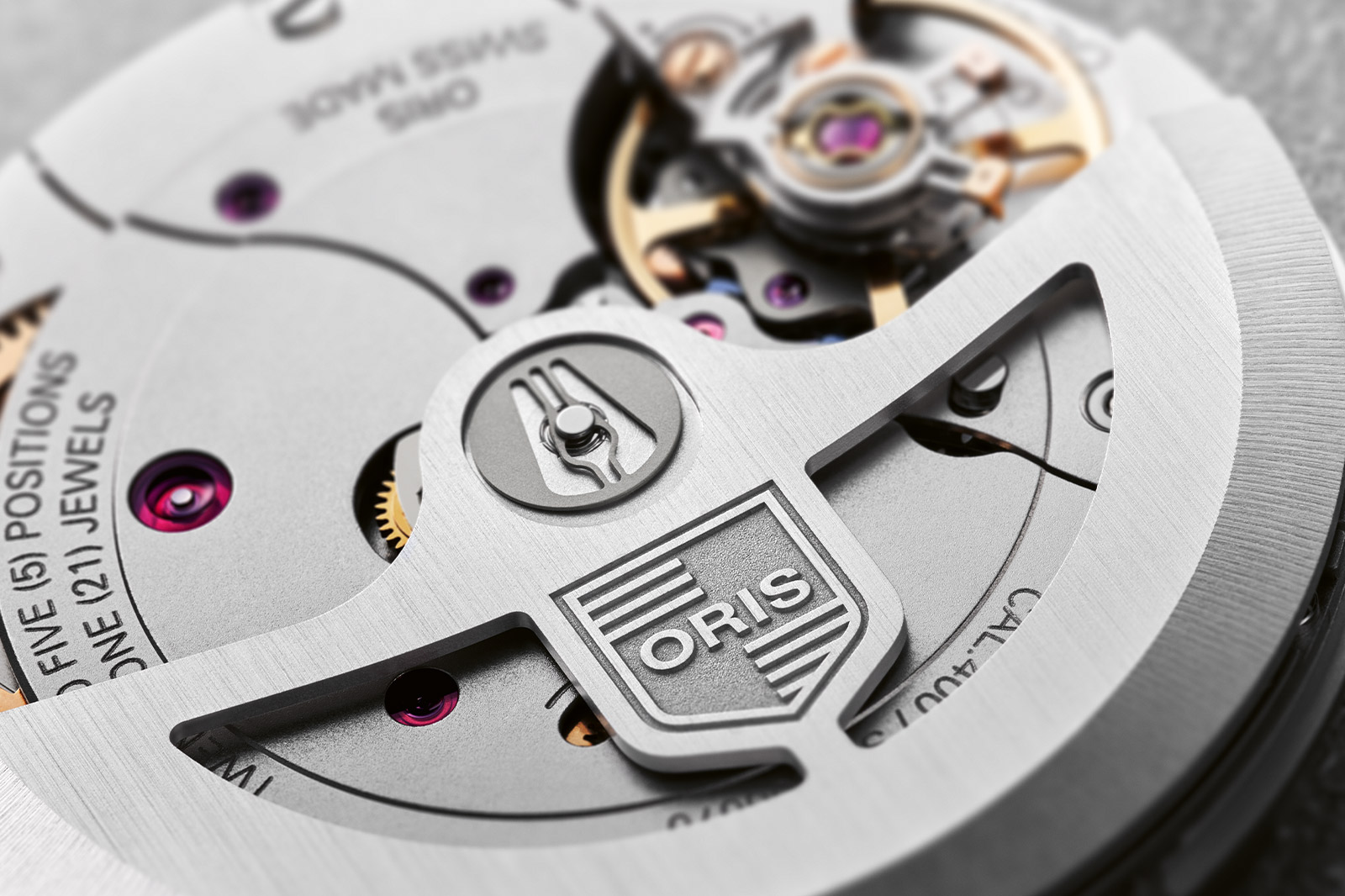 New movements are always a big deal. I don’t mean some new variation of a longstanding calibre or a stock piece with a shiny new custom rotor, I mean a proper, developed-from-the-ground-up movement. They’re hard to build of course, taking years of R&D and prototyping to get anywhere, but it’s the kind of horological flex that shows just what a watchmaker can do.

These days though, you can buy a third-party movement and modify it without too much outcry. In fact, it’s what a lot of larger brands do on the regular. So why this emphasis on an in-house designed movement? Why do it in the first place? Well, according to Oris CEO Rolf Studer, the answer’s simple; “we wanted to make a movement that would do what we actually wanted in a mechanical watch: anti magnetic, long power reserve, little maintenance.” 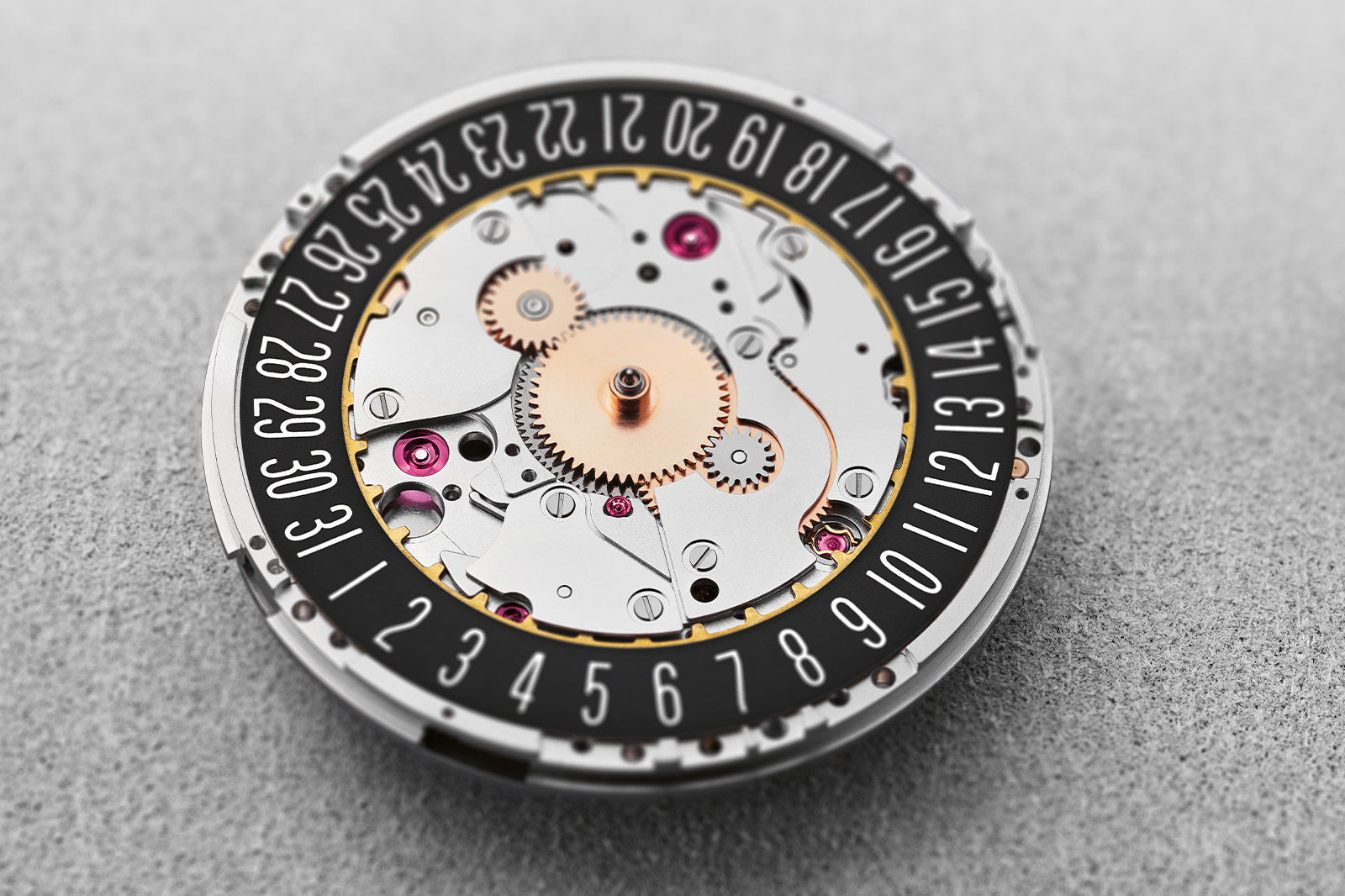 I’m sure we can all agree, that’s a solid list of ingredients for a shiny new movement and it’s one that Oris have actually managed to pull off in quite spectacular fashion. Let’s forget for a moment that the movement is laid out like a teddy bear, even if it’s the only movement I’d call cute. Specs-wise, it’s a watch lovers wish list: a five-day power reserve thanks to twin extended mainsprings; a more stable rotor system to charge that reserve up all the better and resistance to magnetic forces of 2,250 gauss thanks to silicon aplenty throughout the movement.

It’s an impressive movement for any watchmaker but for Oris, whose self-professed raison d’etre is accessible watchmaking, it’s incredible. But there’s another that’s perhaps just as important – if not moreso: versatility. A single movement is ok; a platform on which to build an entire family of movements is something else entirely. 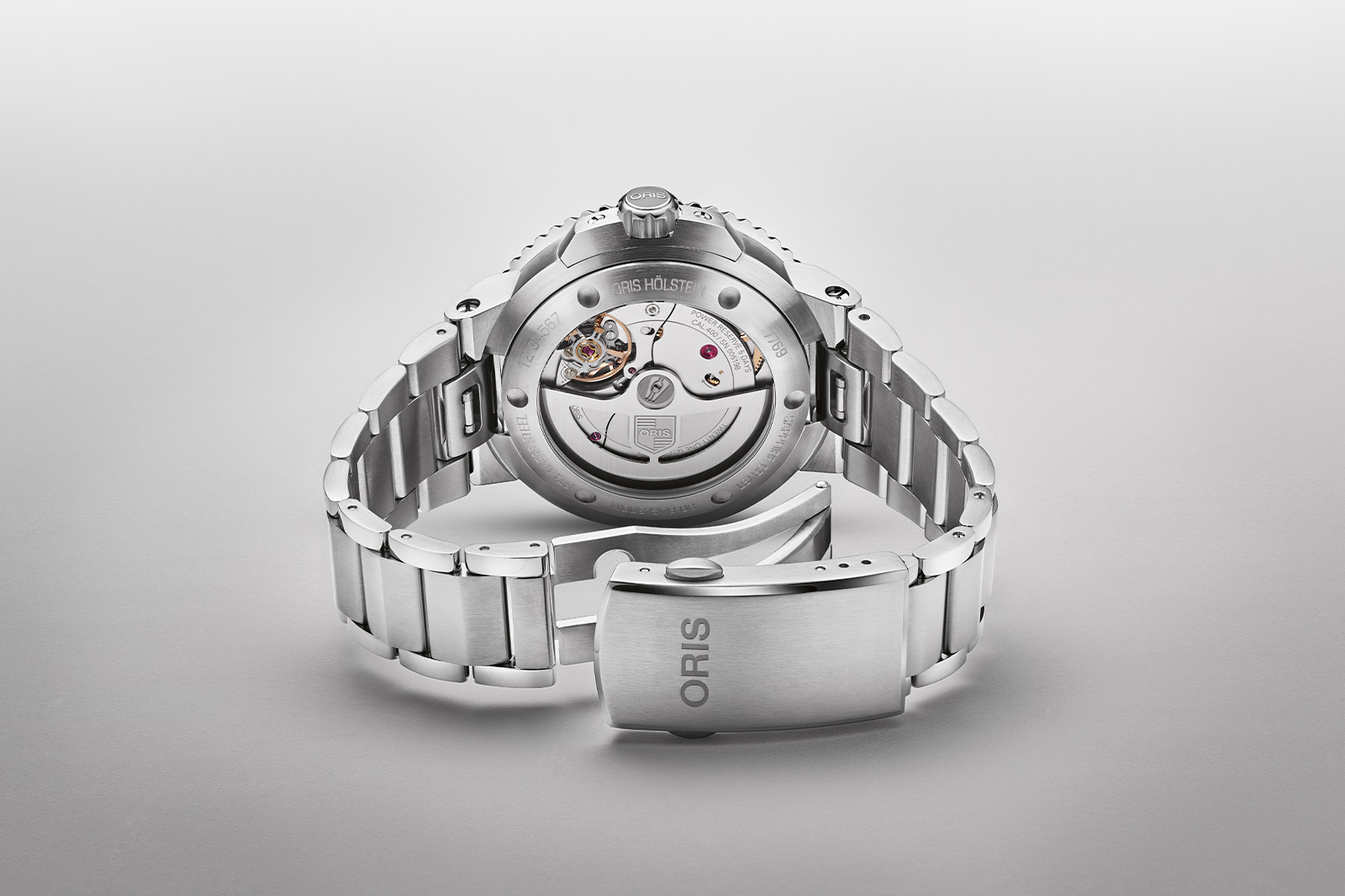 As Rolf explains, “We want to roll out Cal 400 into further collections, and we will add more complications in time. There are a lot of things in the pipeline! We just presented Cal. 400 last fall and already have brought to market two new Calibres – Cal. 401 with a small second, and Cal. 403 with the probably most iconic complication Oris ever did, small second, pointer date.” 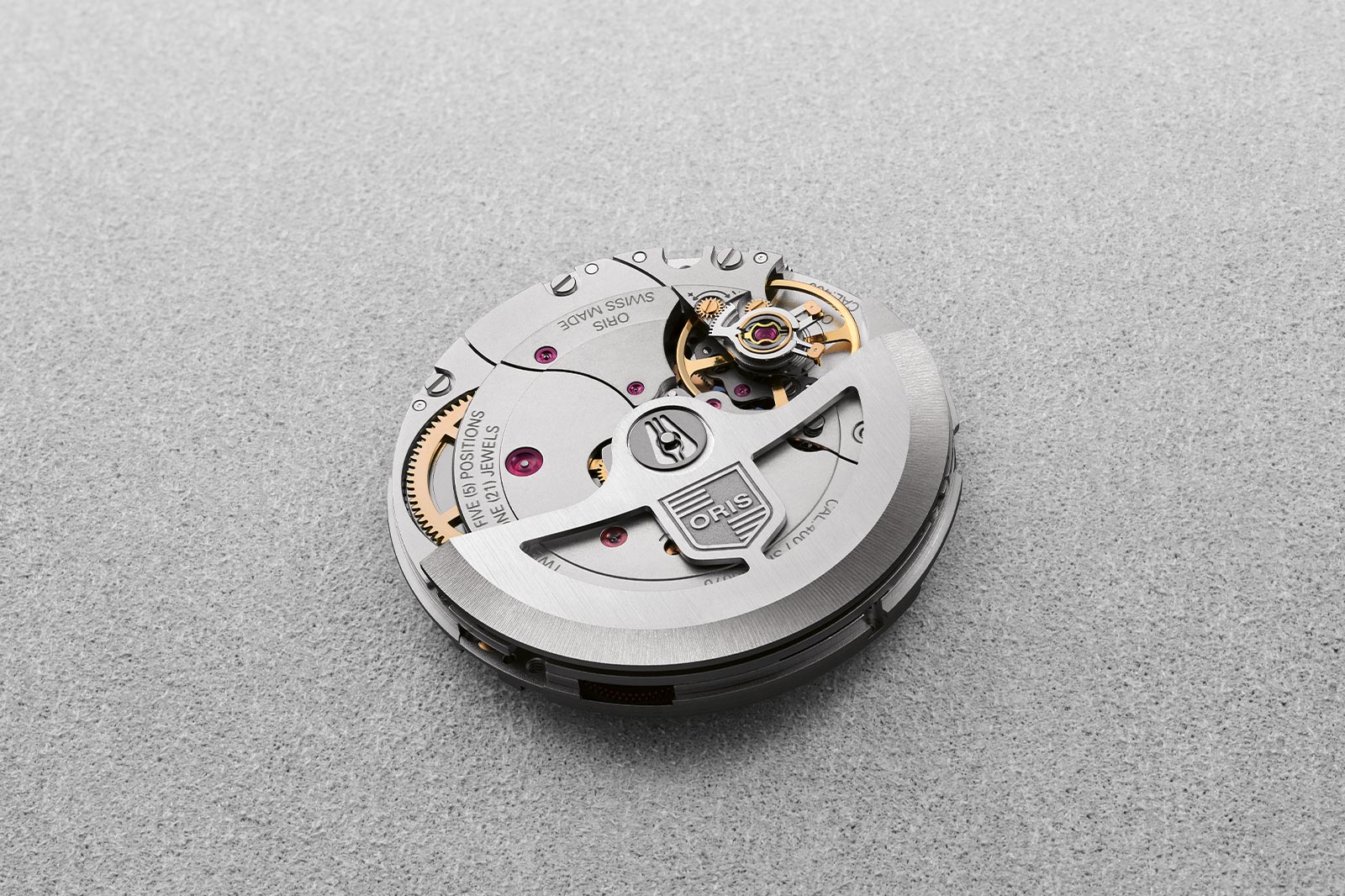 In fact, that aforementioned pointer date, the Hölstein Edition 2021, is a fantastic watch, enough that if this weren’t our nautical issue it would likely be gracing the cover. Instead, however, we opted for the most recent Cal. 400 pieces, which isn’t one I expected to see any time soon.

When the Cal. 400 kicked off back in the autumn, it was housed in Oris’s most popular watch to date, the Aquis date 43.5mm. It’s a big, chunky diver with the specs – and now movement – to match. But it was, just maybe, a bit too big. For me and, apparently, for a lot of Oris wearers. Having worn it myself I’m not surprised. 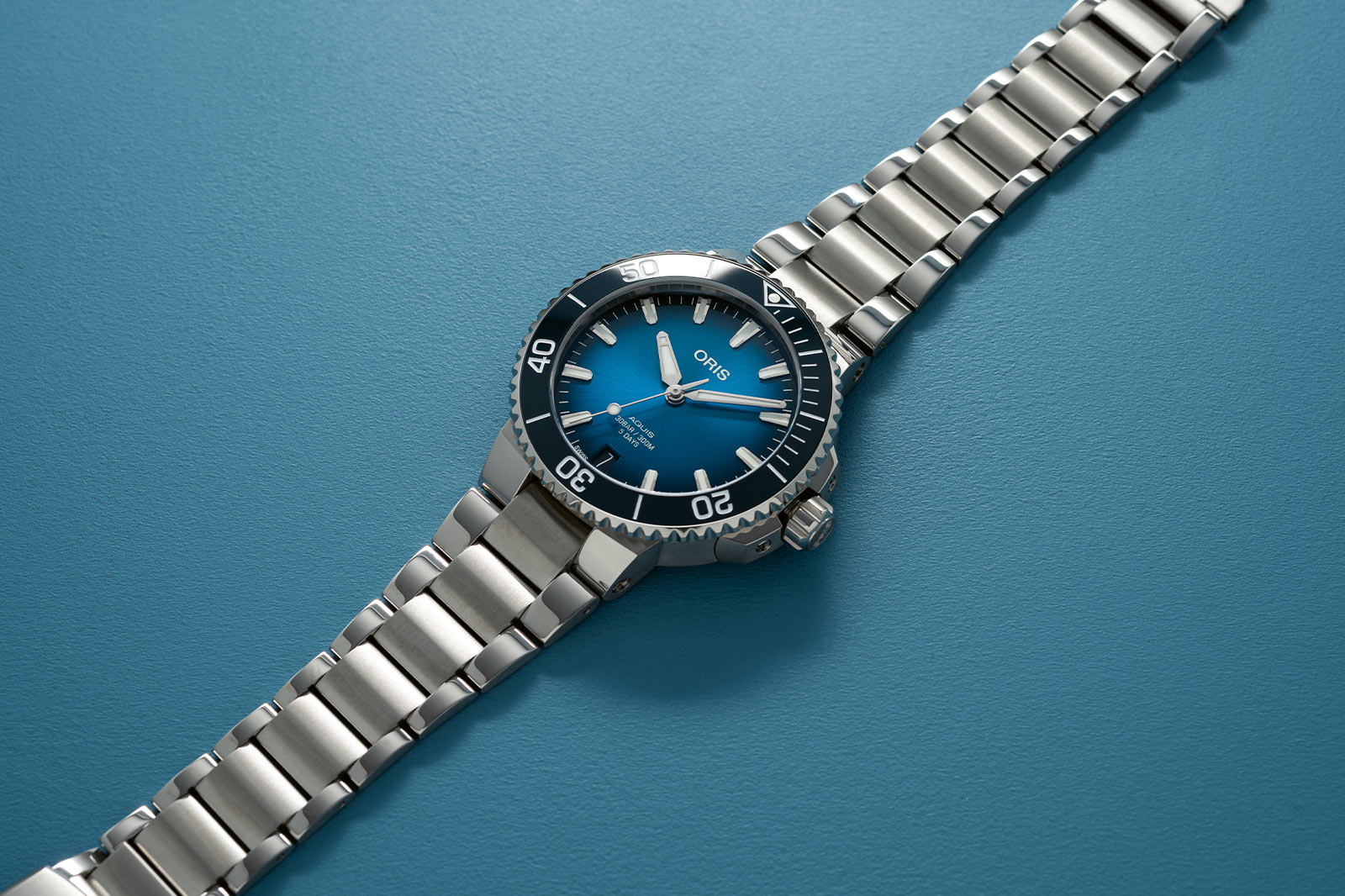 So now, less than a year later, Oris has released the Calibre 400 in a 41.5mm case. Yeah, if you were expecting something ground-breaking there, think again. Not that it’s unwelcome of course. As Rolf puts it; “the new Aquis is the result of our customer’s feedback. We wanted to make their wish come true by reducing the size slightly and appealing even more to the consumer looking for an everyday watch that sits comfortably on the wearer’s wrist.”

Thankfully it’s more than shaving a couple of millimetres off the case size. If that were all they’d done, we’d have put the Hölstein on the cover, nautical issue or no. Instead, Oris has added to the collection with a couple of tasty new colours, bringing the innate versatility of the movement to its starting collection. 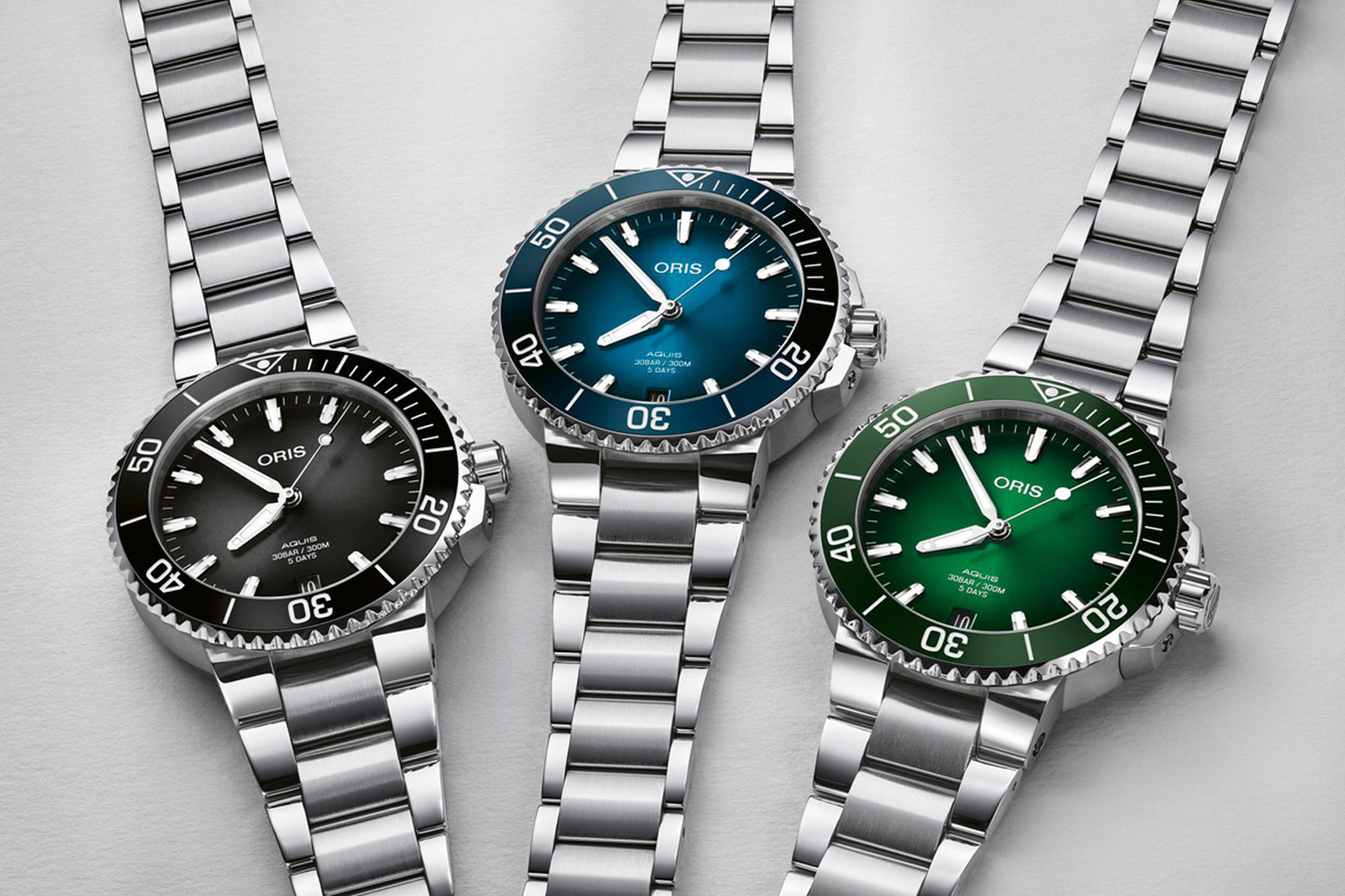 Along with the oceanic blue, the new Aquis Cal. 400 offers both a black dial with matching ceramic bezel insert and a lovely green version. While I’d have liked to see a funkier colour to join them – after the Cotton Candy bronze models I have a bit of a sweet tooth for dials – the two newcomers bring a more rounded feel to the collection as a whole. Plus, the green, late as it is to the colour-themed party, is a stunner.

If there’s one downside to the Calibre 400, it’s not on its specs sheet but its price tag. These latest Aquis models start from £2,600, a cut above what we’ve historically been used to from Oris. I don’t think you’ll get anyone arguing it’s not worth the increase, but it’s a whole new category. 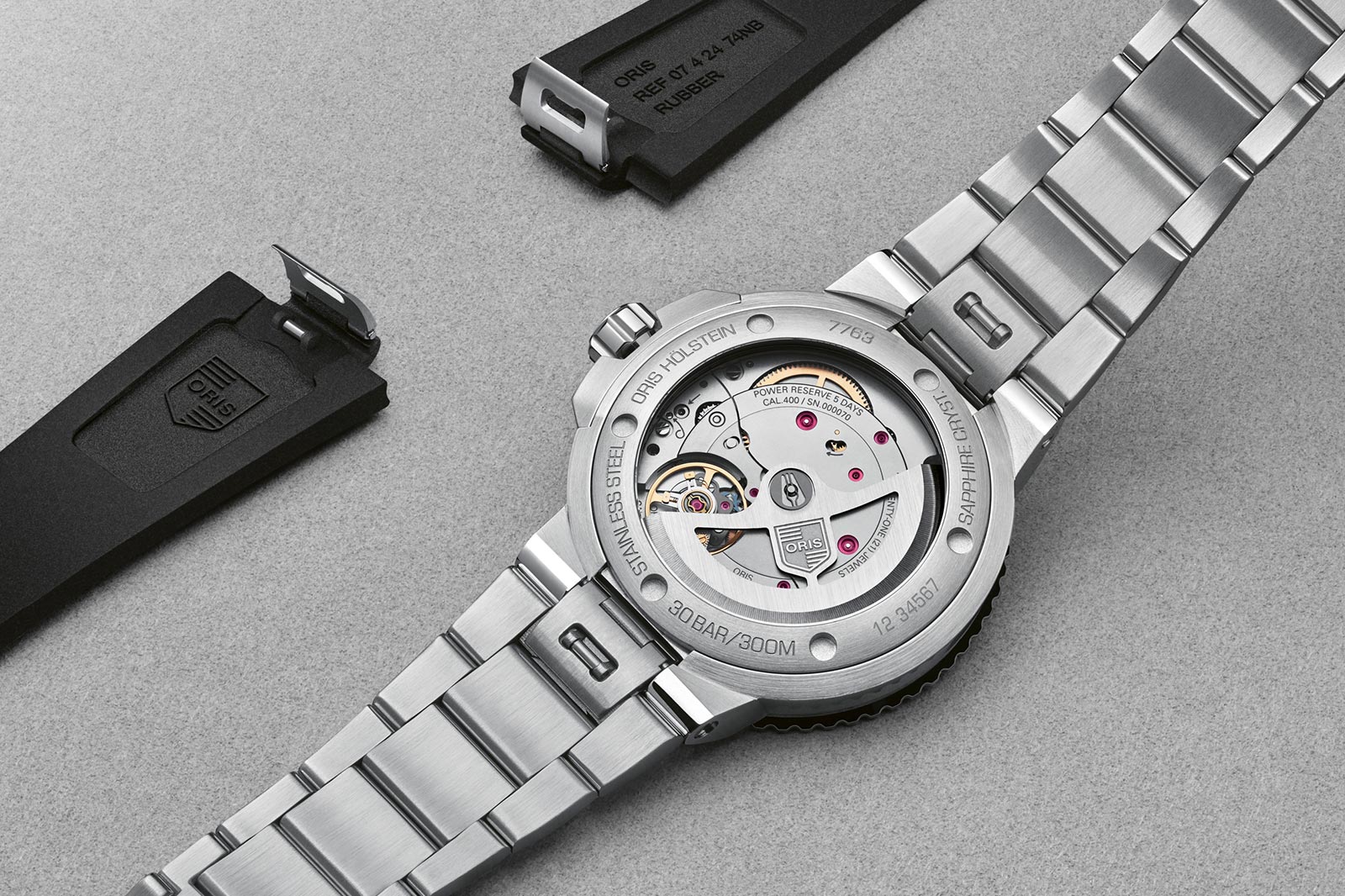 Don’t worry too much though; from the sound of it, Oris will still be using third-party movements too: “It is important to us that watch enthusiasts with different budgets can enjoy Oris watch, so we will continue to work with our long-standing suppliers of Swiss quality movements to keep our entry price point.”

The Oris Calibre 400 might be the new standard, but it’s not the only standard. At least, for now. It is however the start of a new era for Oris, one sparked with the original Aquis Calibre 400, built on with this trio of downsized releases and that will undoubtedly continue in the future.

Share the post "Interview: Oris CEO Rolf Studer on the Calibre 400 and How It Sets a New Standard" Despite facing nationalisation multiple times, Mühle-Glashütte have been producing precision...