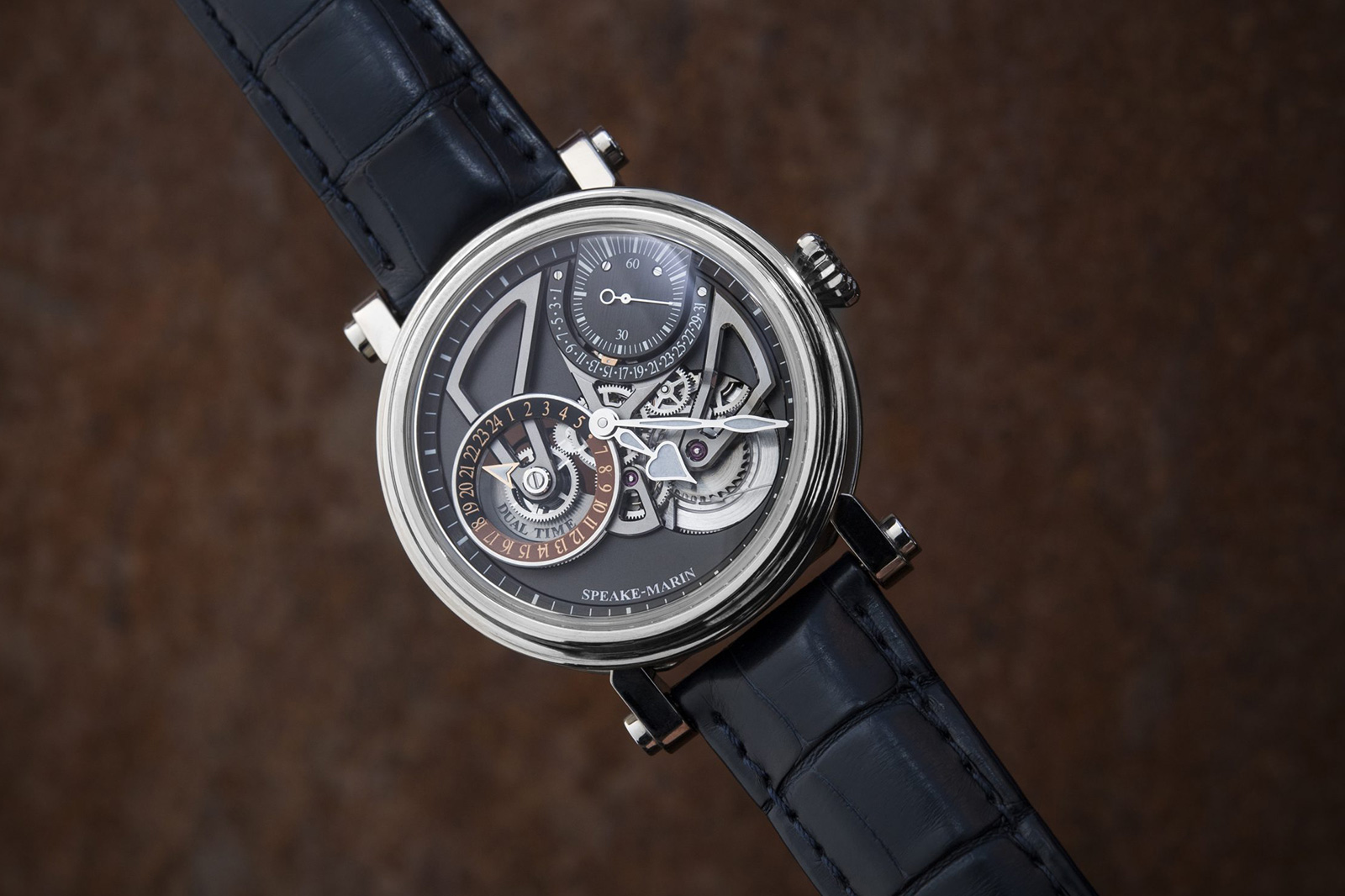 Last month we took a look at the top watchmakers from the UK, however one brand that was founded in 2002 by British watchmaker in Switzerland is Speake-Marin. The company focuses on the highest end of horology and came under the ownership of Mrs Christelle Rosnoblet in 2012, who is the incumbent CEO. Under her guidance Speake-Marin has become a highly respected Haute Horological house.

Tempting as it is though, let’s not get hung up on the British angle. Throughout the brand’s existence, one thing has always remained the same: the exceptional haute horological quality of the watches, particularly when it comes to their movements. Speake-Marin produces all their watch movements in-house using the dedicated studio and workshop, modernised under Mrs Rosnoblet, called Le Cercle des Horlogers, and they love to flex their watchmaking muscle. 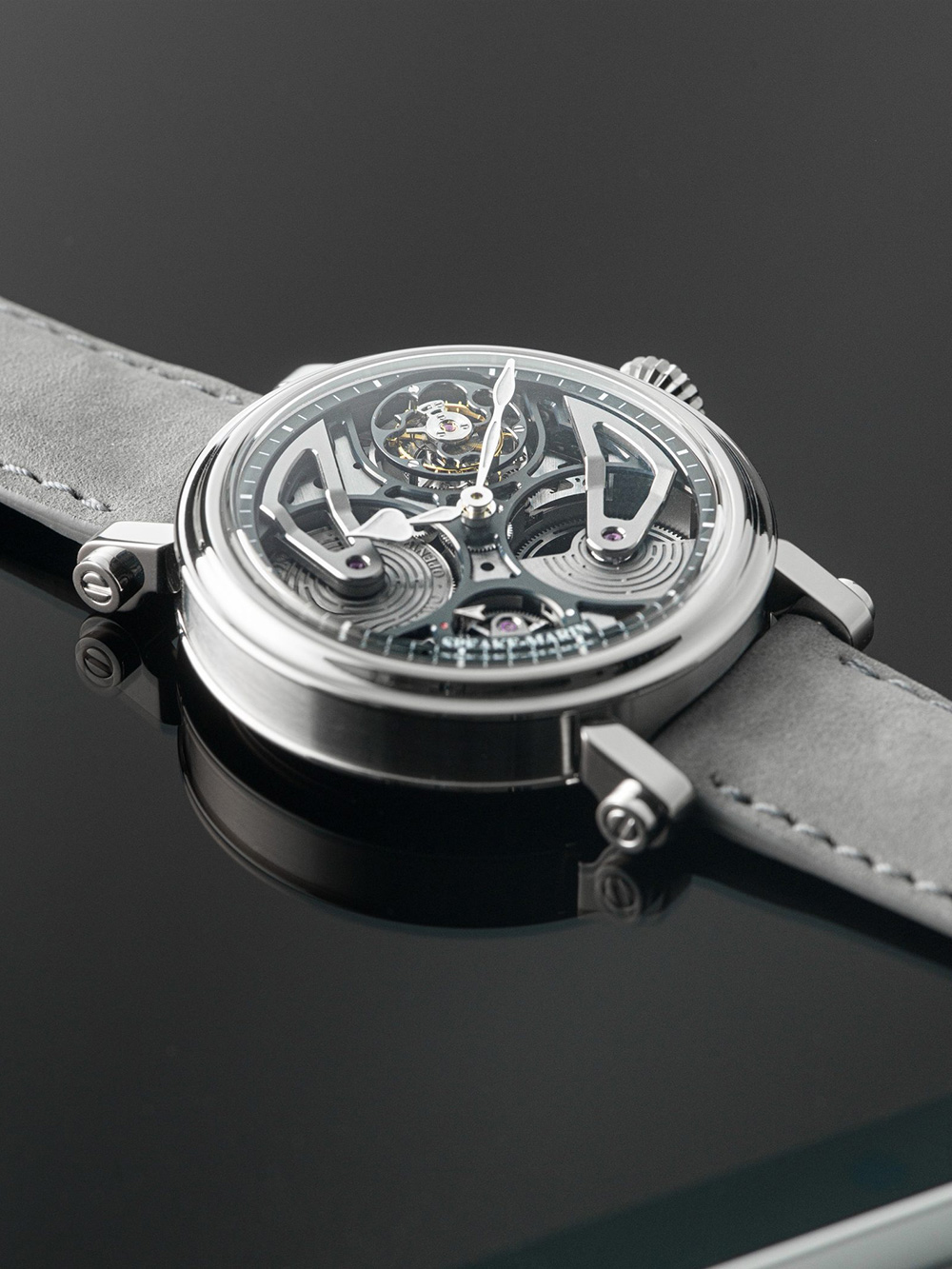 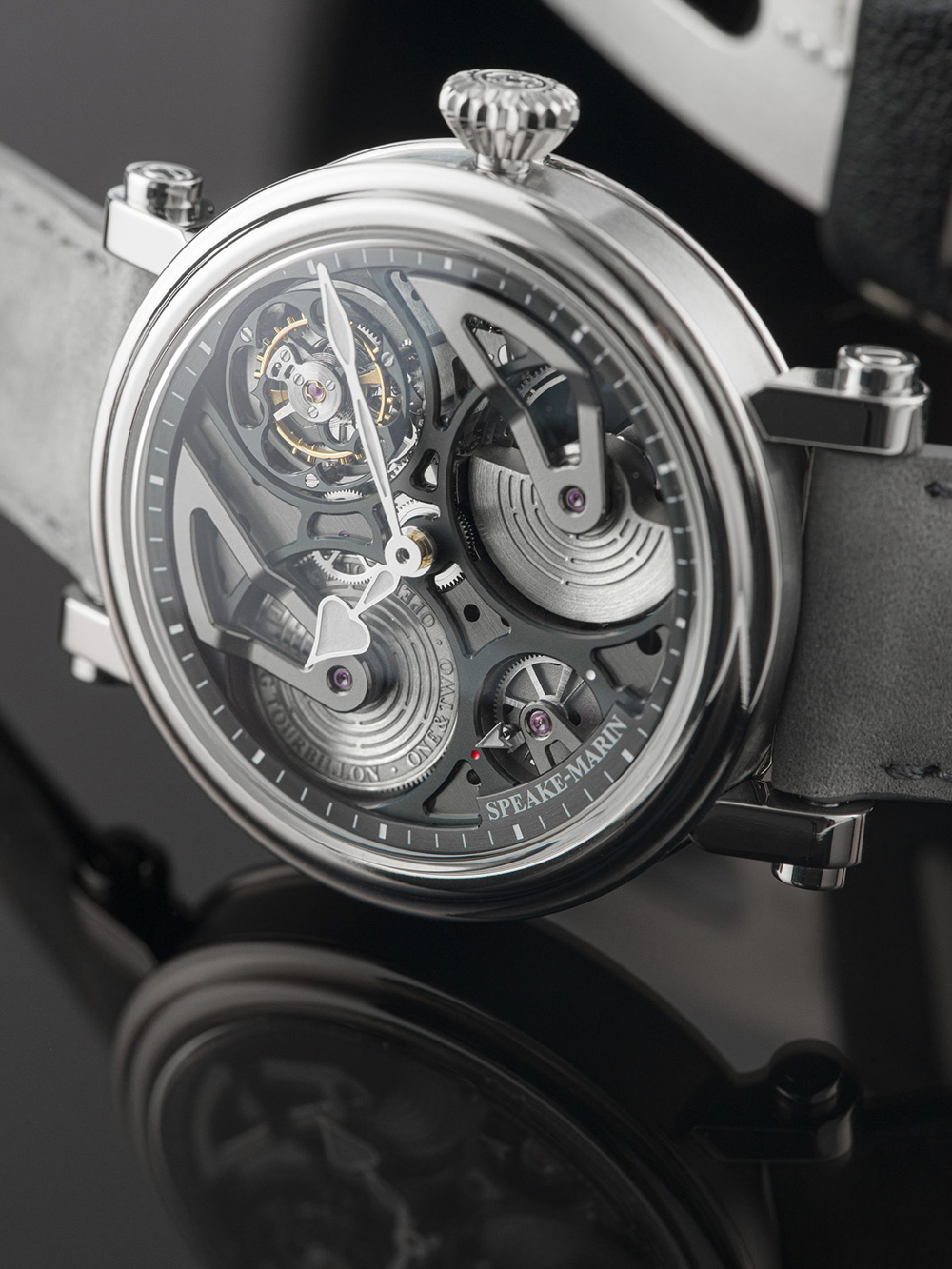 Take, just as an example, the One & Two Openworked Tourbillon Titanium, an intricate automatic tourbillon with a 72-hour power reserve. It’s not subtle, nor should it be. It features large heart shaped hands and a 60-second flying tourbillon positioned at 1:30, which is a bit of a signature of Speake-Marin. And, of course, it’s openworked to best showcase the SMA05 calibre’s flying tourbillon and micro rotor. When your movements are this good, you can be excused for wanting to show them off. And show them off they do.

Openworking is a core element of Speake-Marin’s collection, to the point of defining the brand’s aesthetic. It’s rare that you’ll come across one of their timepieces with anything as prosaic as a dial. Instead, architectural is the word that springs to mind, turning each of their calibres the into a work of mechanical art. Who needs enamellers anyway? 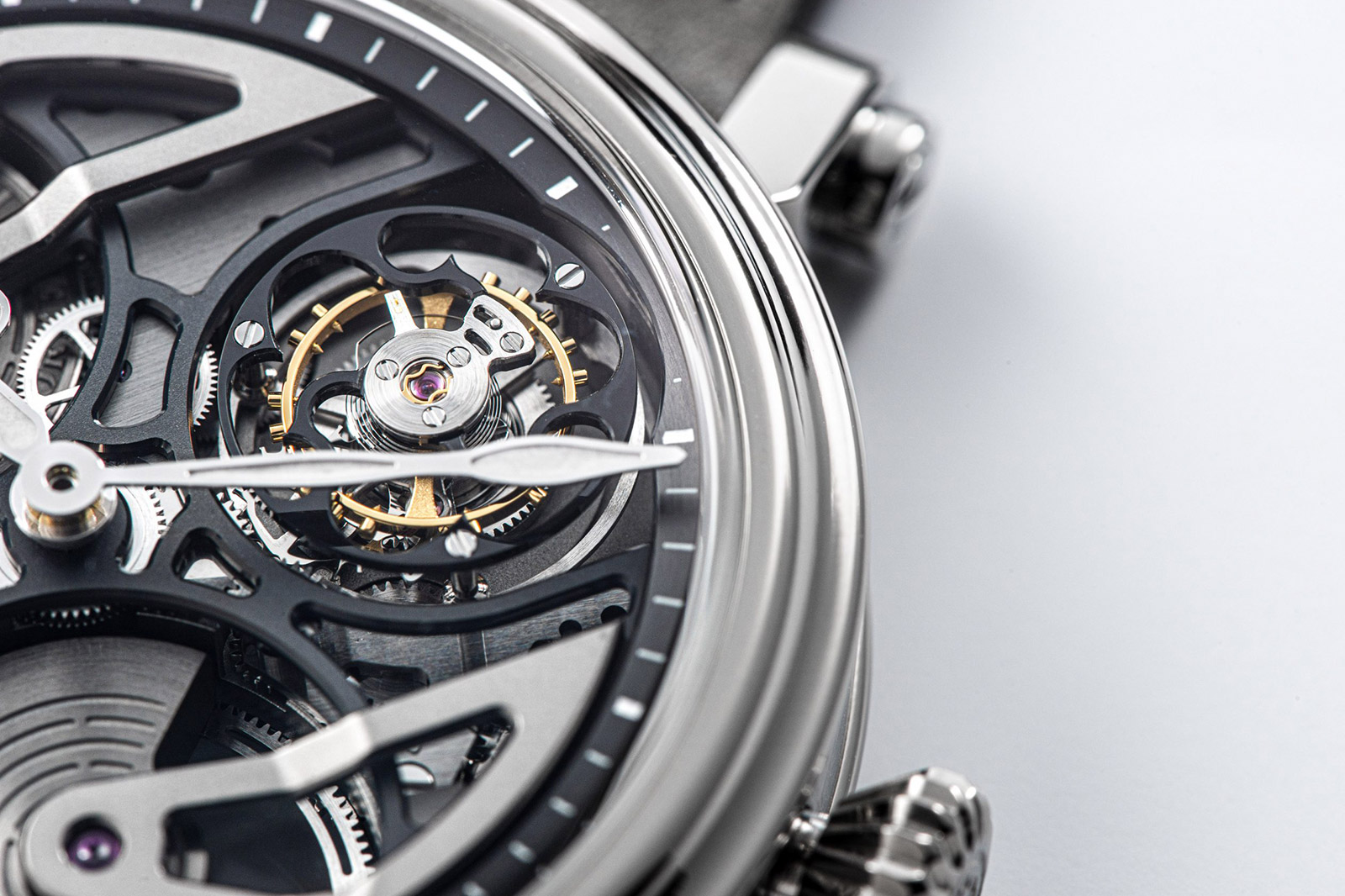 It’s not just their lack of dial coverage Speake-Marin is known for either. Their signature blue, thorned rotors can be seen from above or below the watch. It’s nice that the English Rose still has some weight as a symbol of their heritage even though they’re resolutely Swiss these days. There’s also something distinctly British about the fluted crowns and overtly non-integrated lugs, though the classicality of said touches only serve to highlight the openworked dials all the more.

When taken all together, the haute horology movements and dials (or perhaps lack thereof) combine to create complex and audacious watches. Even their relatively simple watches, such as the time-only One & Two Openworked V3, are masterworks. 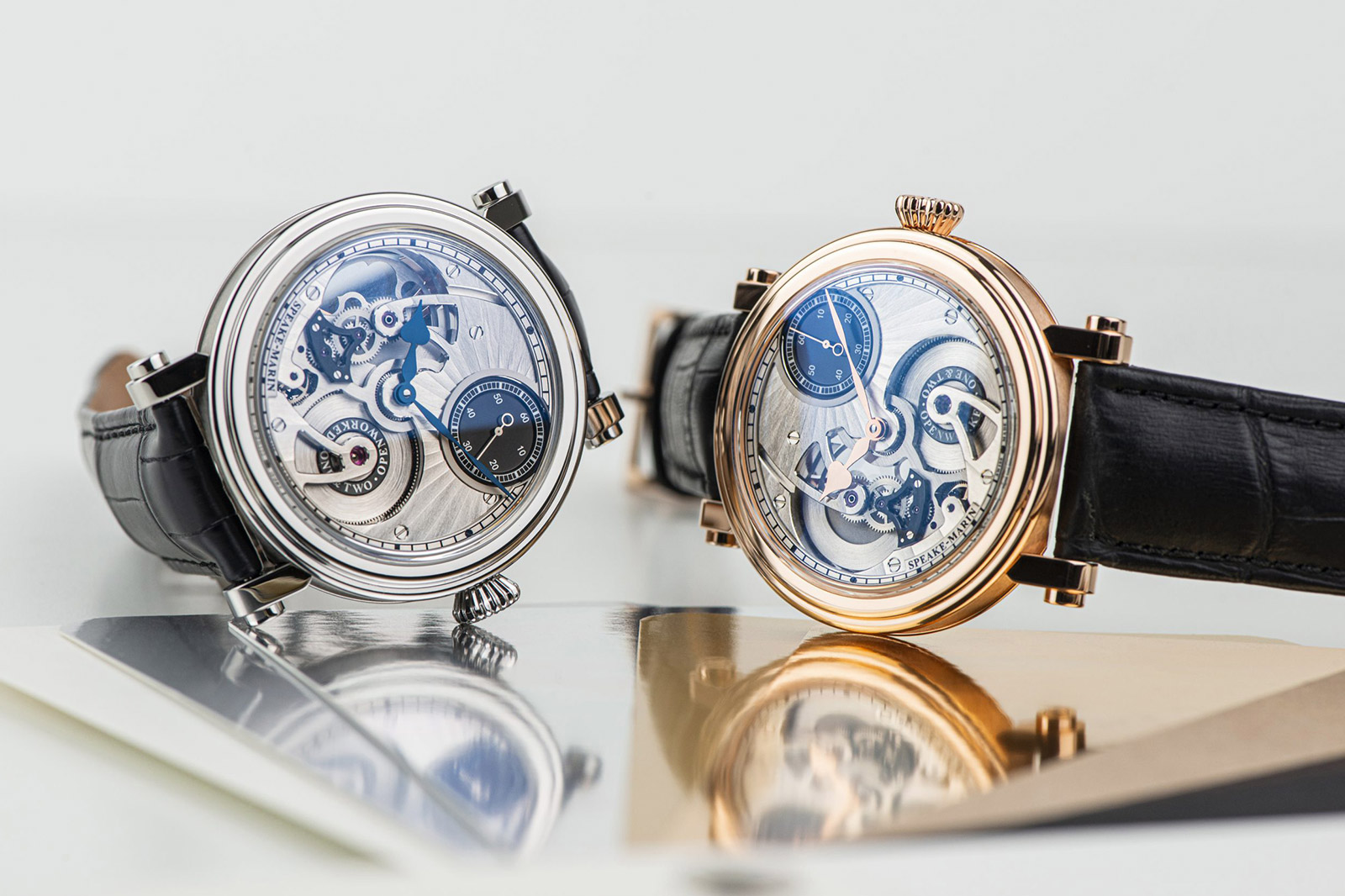 The Openworked V3 is dominated by Côtes de Genève radiating from an off-centre small-seconds at 1:30, the placement of which is itself a feat of haute horological engineering, since it interferes with the traditional layout of mechanisms in a movement. It’s excessive in the best possible way, and an exercise in pushing even the most ‘basic’ calibres to the wonderfully illogical extreme.

It’s perhaps inevitable that with such mechanical excellence and visual flair, each watch is only available in severely limited numbers. Only 19 One & Two Openworked V3s were produced and as for the Openworked Tourbillon I mentioned earlier, that’s a limited edition of just 10. When you’re working at this end of the horological spectrum, you can’t expect more than that.