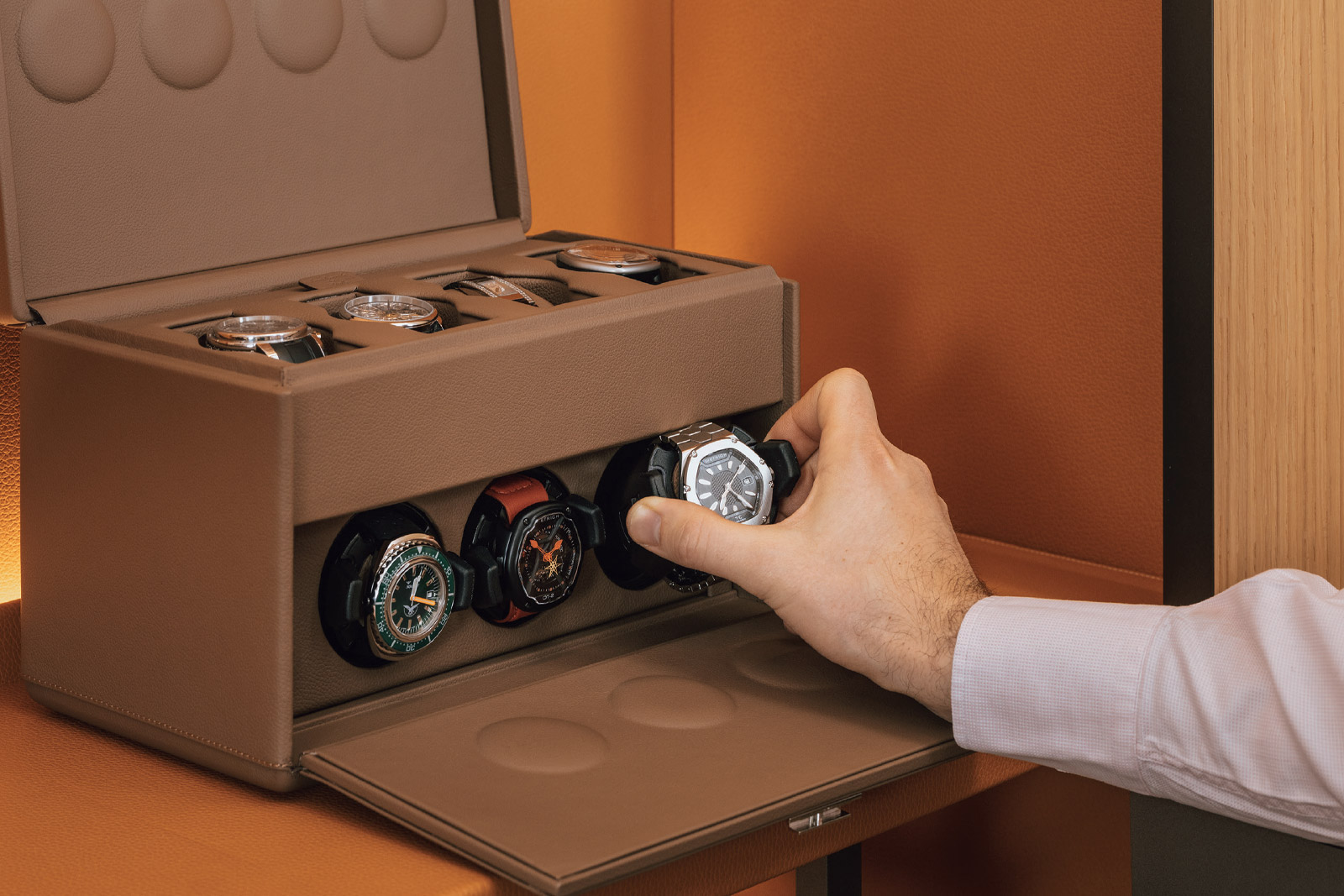 While the automatic watch has been around since the 1920s, until far more recently keeping them wound was the unenviable task of many a collector. Yes, there are worse problems in the world than having to make sure your watch is telling the right time, but keeping it wound has more importance than that.

The general school of thought is that by keeping your watch continuously moving, as it was built to do, you stop the lubricants inside from getting too viscous and ensuring that the movement stays warmed-up and well-oiled. Think of it as the difference between taking your classic car out occasionally to dust off the engine or leaving it in a garage to rust. In this analogy, the open road is a watch winder.

Of course, if you’re a serious collector than not just any watch winder will do. A dubious rocking mechanism in a cheap box simply isn’t going to cut it. If you want a serious winder for a serious watch, then how about one that has the endorsement of Patek Philippe? We are of course talking about Scatola Del Tempo. 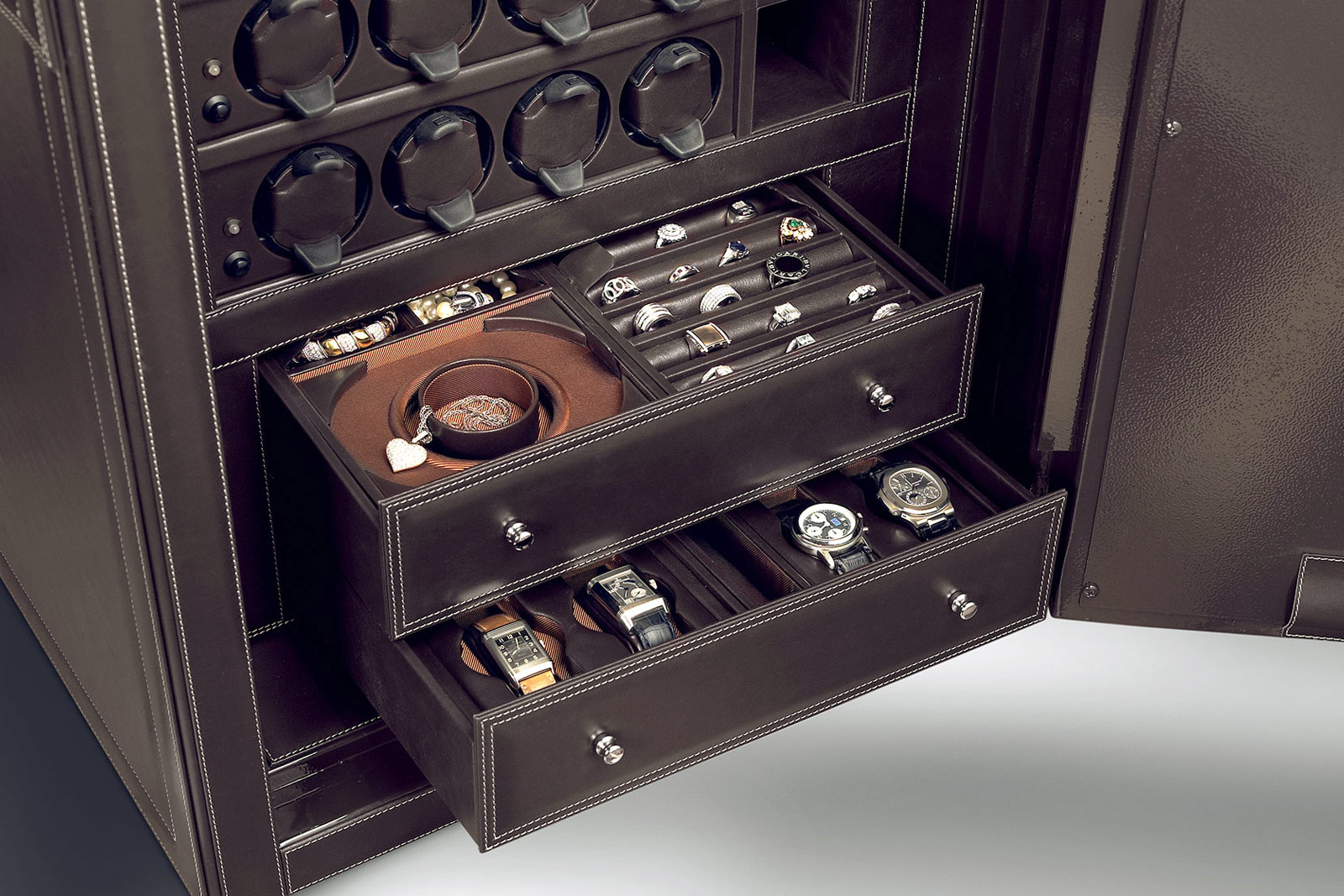 The story goes that in 1989, watch box maker Sandro Colarieti was looking for a better way to keep his watches wound than twisting the crowns every other day. Previously he had built plenty of single watch boxes, meant to just store the timepieces in style, but that wasn’t good enough. He wanted a way to emulate the natural rocking of a wrist to keep the times set and the movements moving and so created his own watch winder.

Colarieti was, himself, a devoted Patek Philippe collector, and so the Swiss watchmaker was the first port of call for his new invention. If he could get them interested, he was in business. He presented his winder to Patek in 1990 and, after a year of testing, they ordered 500 pieces. 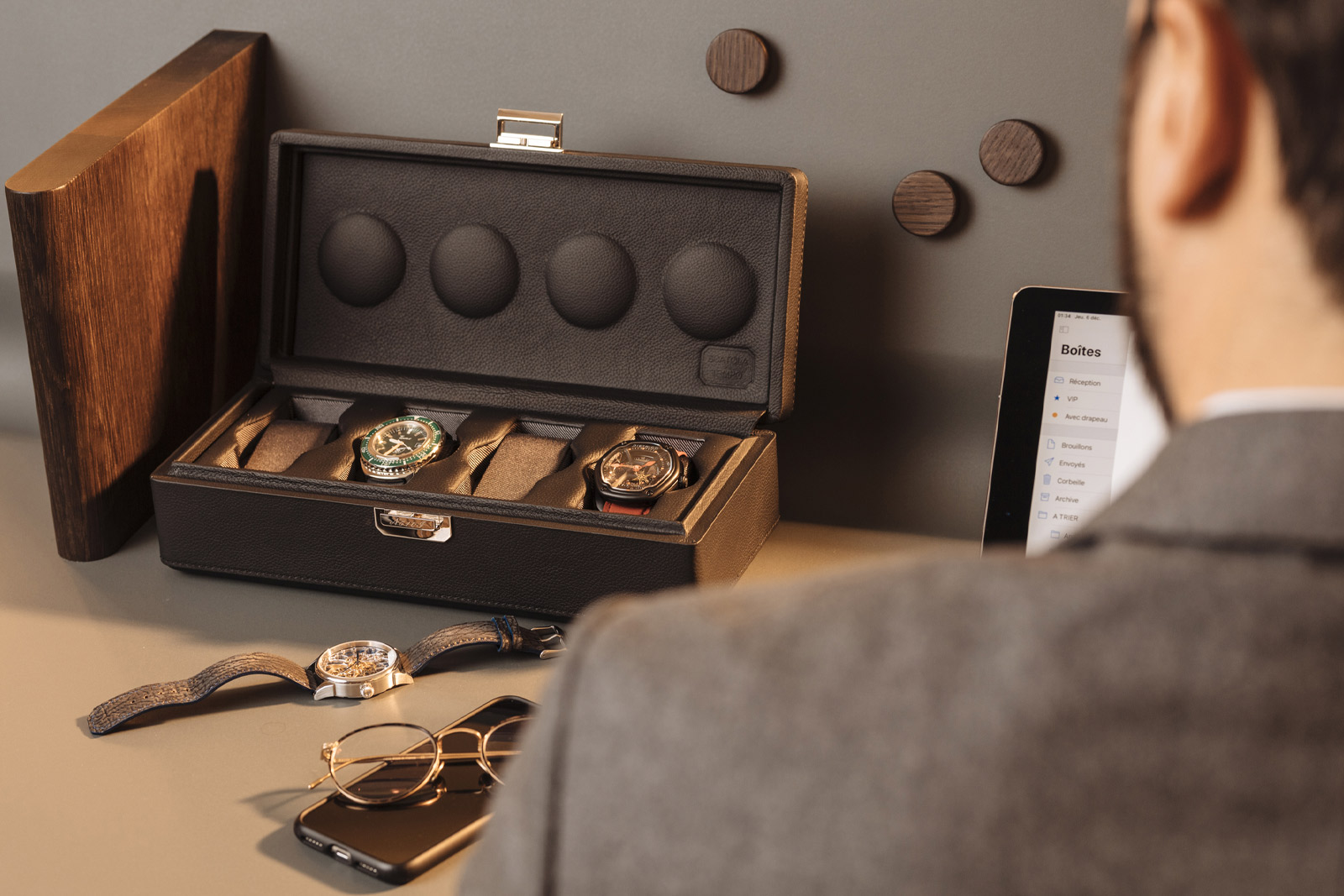 This wasn’t just the first Scatola Del Tempo; this was the genesis of the watch winder, a concept that was previously unheard of. Since then, the mechanism behind the winding has been refined, but the same quality and emphasis on craftsmanship that so impressed Patek still runs through the brand.

Today Scatola Del Tempo has expanded far beyond that original run of prestige winders. One-watch winders are still the bread-and-butter of the Italian manufacturer, but their range can now house tens if not hundreds of watches through winding cabinets and custom projects, offering the kind of in-built solutions that turn a watch collection into an interior design feature. 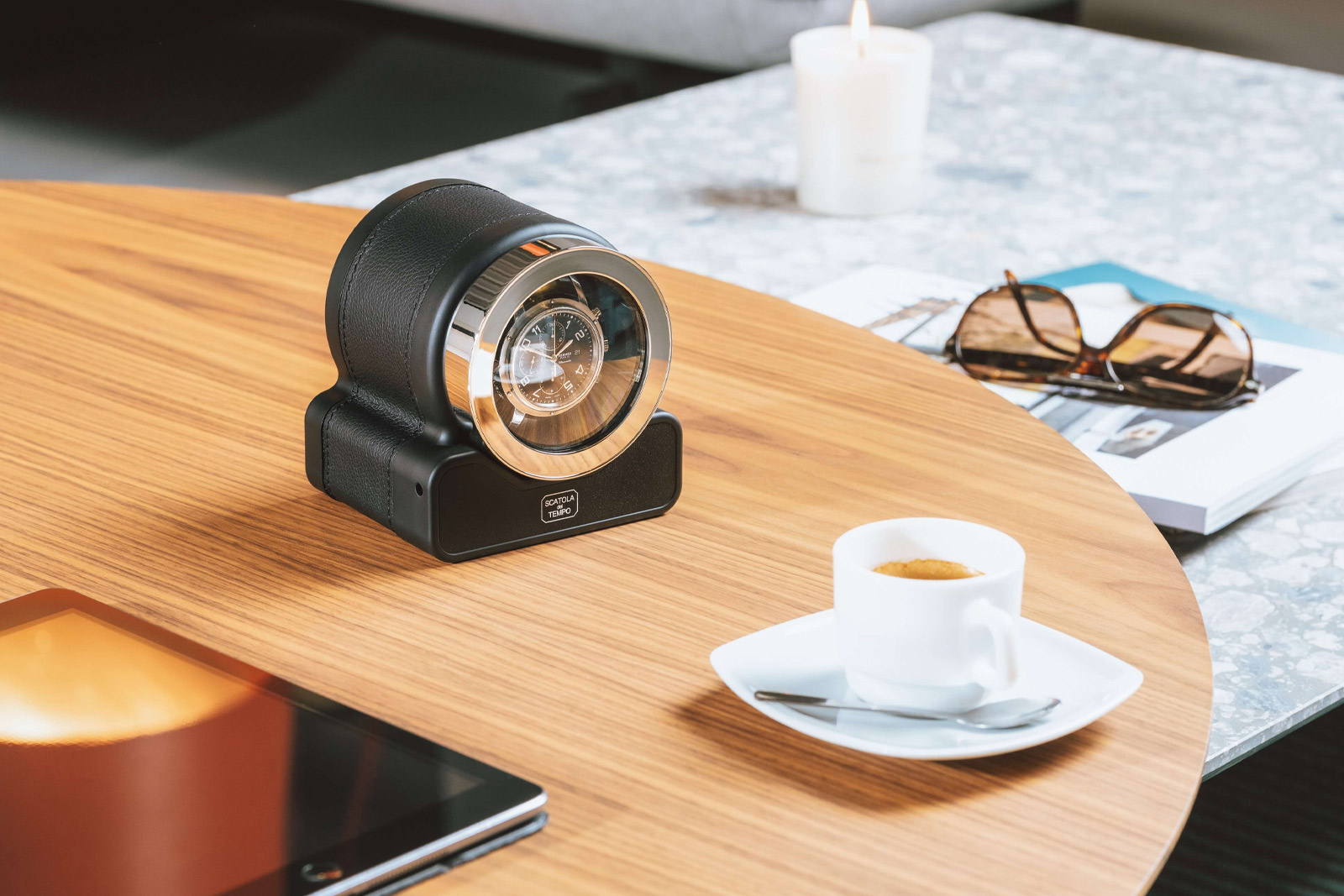 Like all good design features, Scatola Del Tempo winders also use the best materials available, be that precious woods, silks or leathers, surrounding high-precision Swiss micro-motors controlled by an exclusive microprocessor. All of that is distilled nicely in the latest Rotor One.

Available in seven different leather colours and a variety of bezels – including a particularly cool Pepsi Cola GMT number for Rolex collectors – the Rotor One single-watch winder is sleek, sophisticated and runs autonomously for three years. It’s come a long way from Colarieti’s initial vision but between the Italian craftsmanship, novel design and growing appreciation of winders in general, the Rotor One is Scatola Del Tempo perfected. But hey, if you fancy a floor to ceiling cabinet of horological wonders, that’s good too.