In Focus: Omologato, Watchmaking With Petrol in Its Veins - Oracle Time 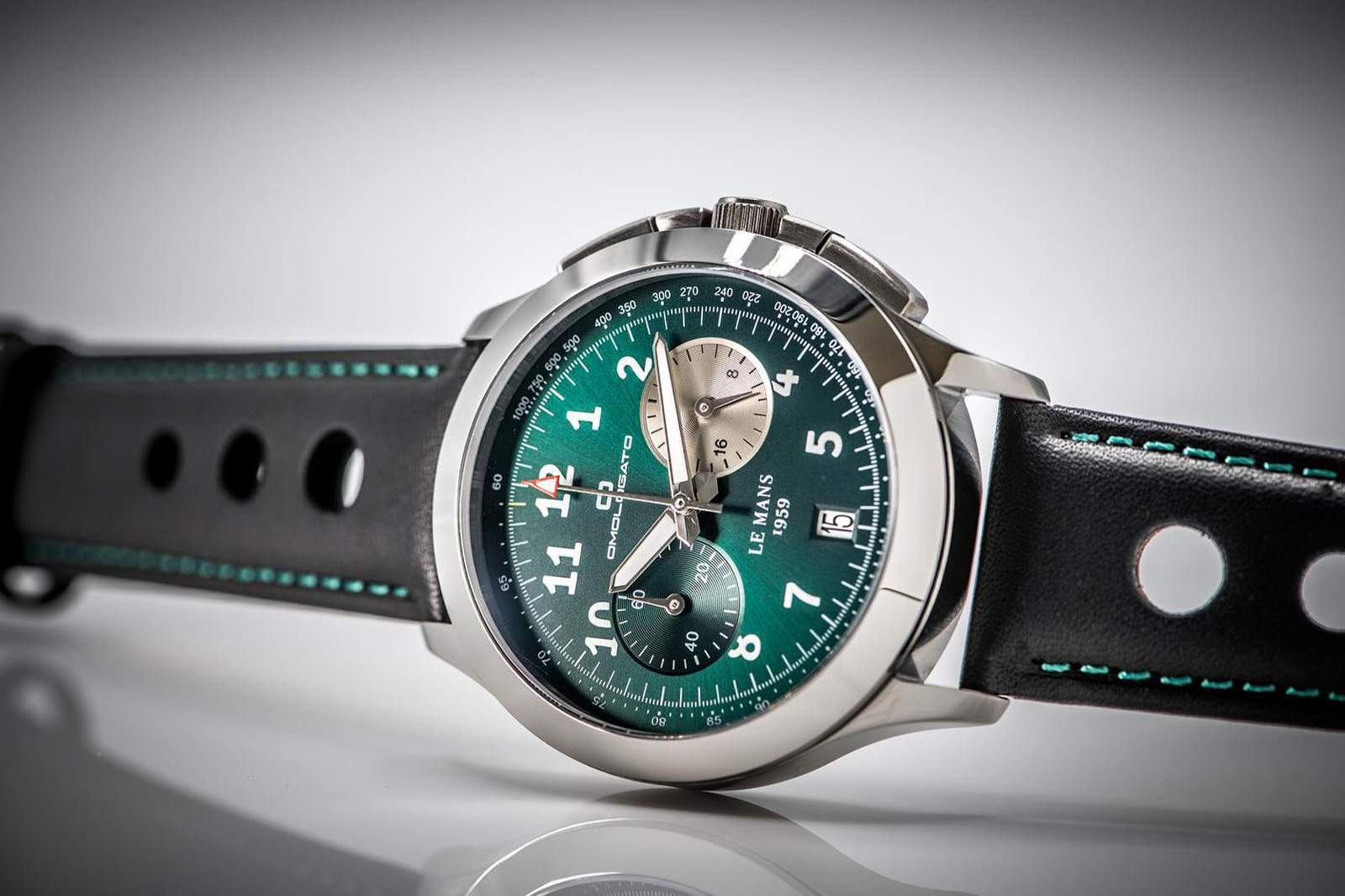 Authenticity is everything in watches. Sure, you can design what you think is a handsome diving watch but if you don’t actually dive it inevitably comes across as a little bit hollow. It’s not just tool watches that’s a rule for either; in fact, one might argue that sense of surface level attachment is more prevalent in the high-octane world of racing watches than anywhere else.

Let’s be fair, it doesn’t take a huge amount of ingenuity to pop some racing livery on a mainline chronograph and call it a day. We see it all the time, enough to have begun rolling our eyes every time a big watchmaker tries their hand. That’s something we can’t do when it comes to Omologato. 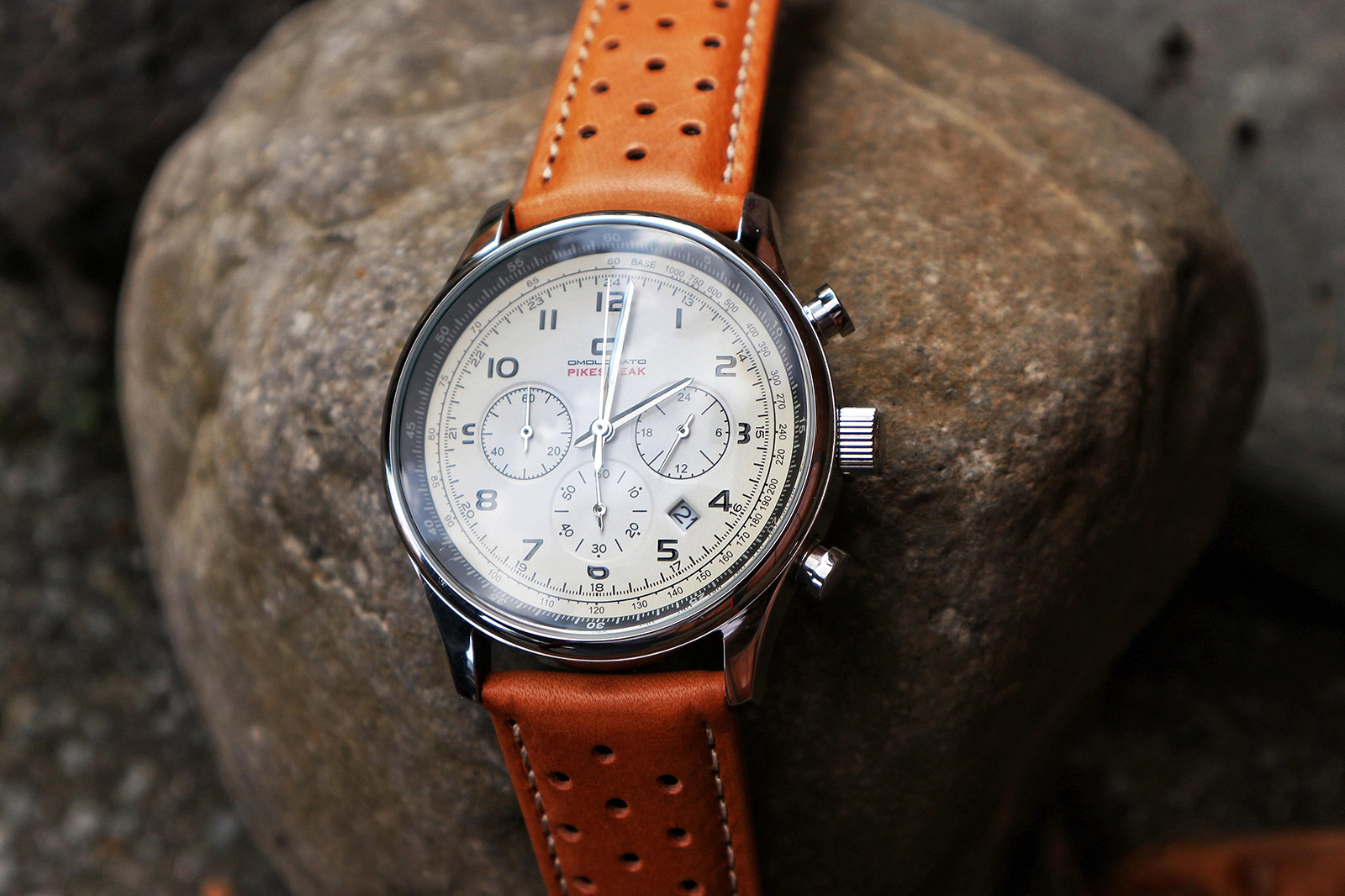 Omologato was actually born of necessity. Founder Shami Kalra was down to his last few quid and needed some way of earning his beer money. Not the most auspicious of beginnings, but the fusion of watchmaking and cars that became the seeds of the brand didn’t come out of nowhere.

Shami was driving his dad’s Ford Cortina when he could barely see over the dashboard and spent his first ever £50 on a VW Beetle. He was 12. At the same time, he began appreciating the finer mechanics of timepieces, too, buying himself a tricompax Seiko chronograph around the same time. So, decades later, it perhaps shouldn’t come as a surprise that Shami’s make or break idea was a watch brand with petrol in its veins. 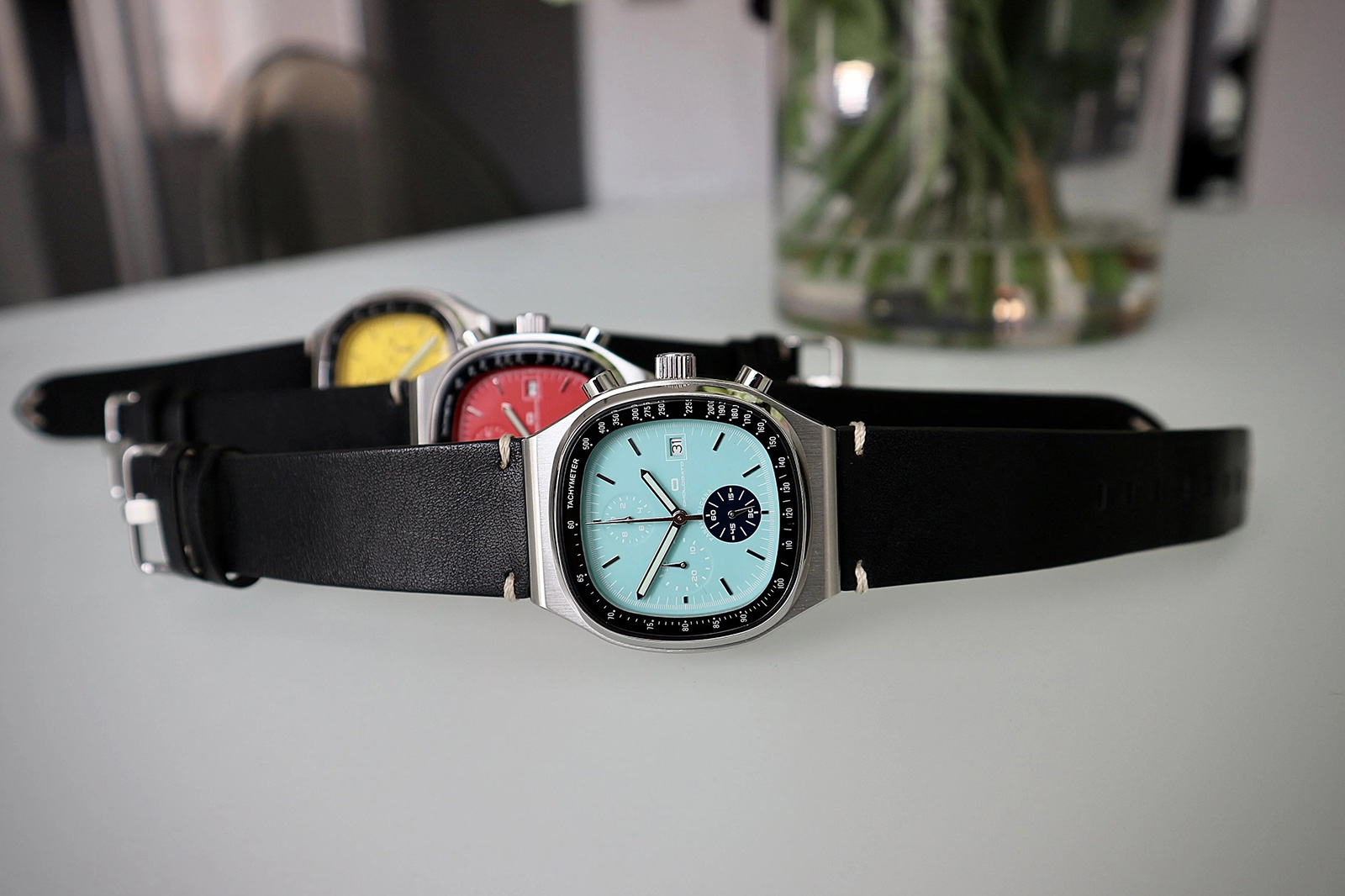 After coming up with a series of designs, he tweeted them into a Twitter feed for car lovers and, practically overnight, had himself a successful brand. Since then, Omologato has gone from strength to strength with a series of incredibly cool pieces, including the ultra-retro (and officially trademarked) Panamericana and the more classical Fiorano racing chronograph.

For us though, it’s all about the Revival. We love a California dial anyway with its split Roman and Arabic numerals and tying it in with the legendary Ferrari California is an absolute masterstroke. It’s a seriously handsome piece with a good story. What’s not to love? 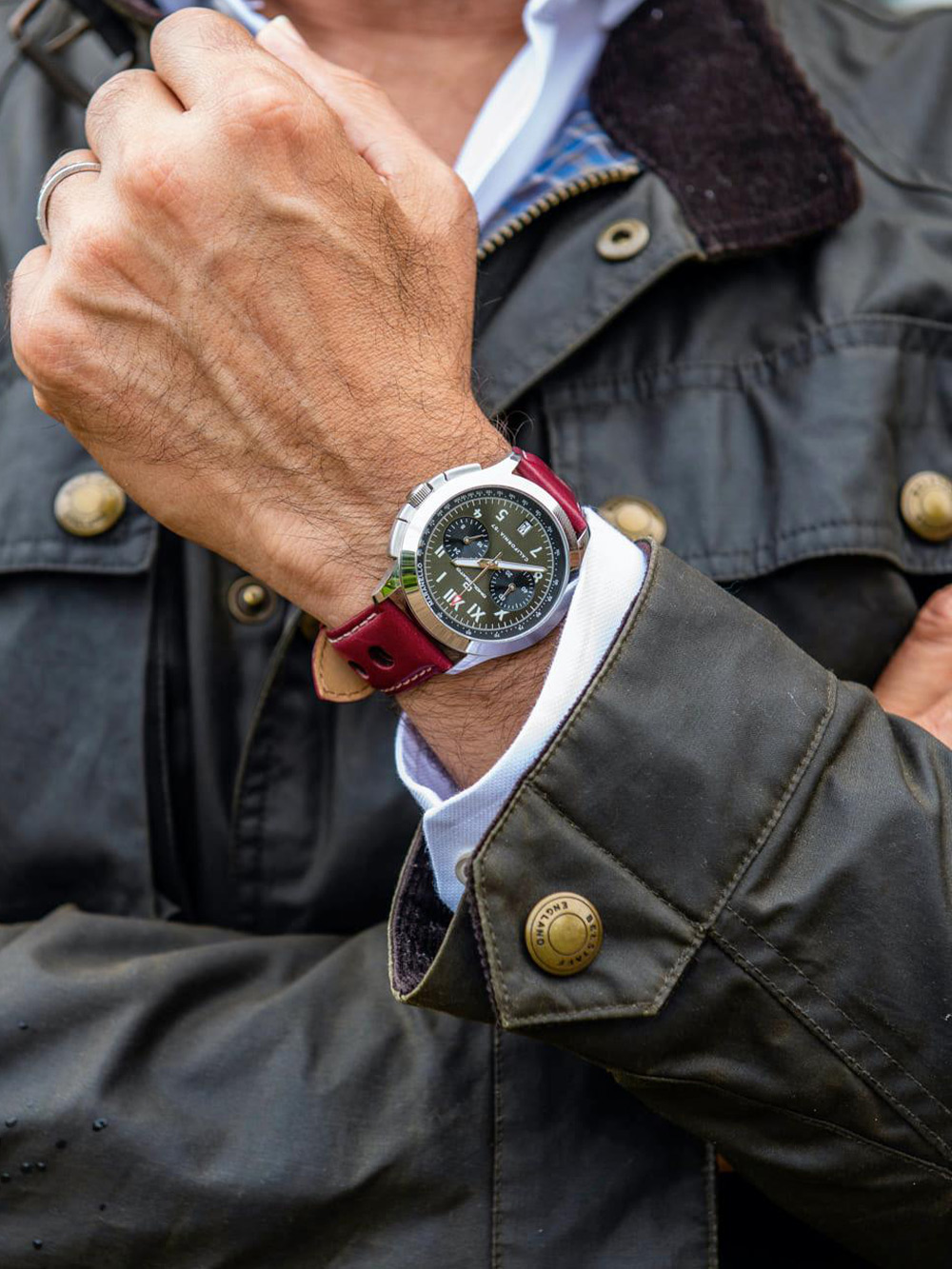 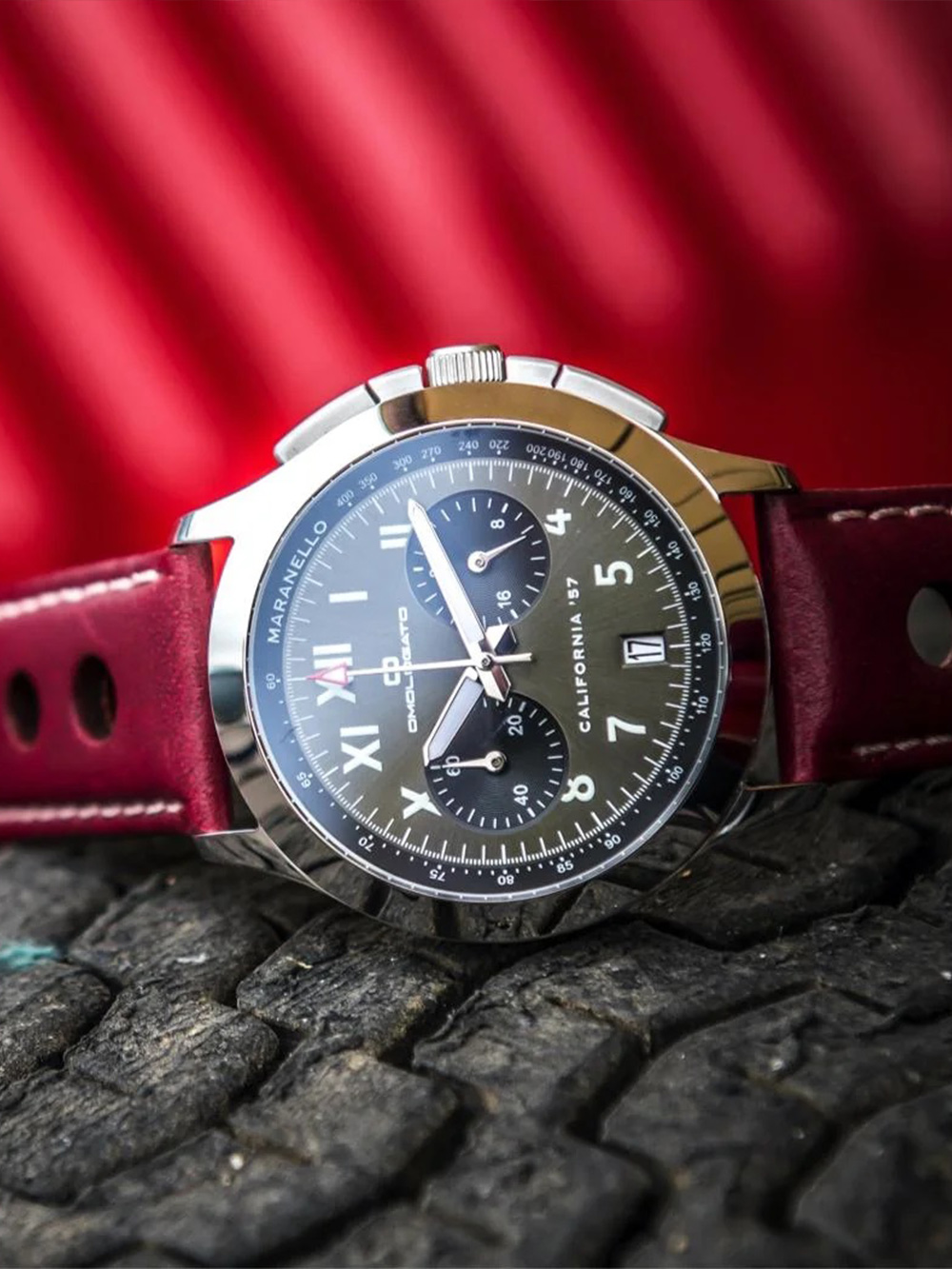 Yet while the watch designs are on point, that’s not all Omologato are about. We mentioned authenticity at the beginning, and that’s what really sets the brand apart. Sure, they have the world’s largest range of motorsport watches, but they’re also among the world’s biggest motorsport sponsors. They are partners of Monza, Watkins Glen, TransAm and many, many more. Keep your eye out next time you head to a non-F1 race and there’s a good chance you’ll spot them. 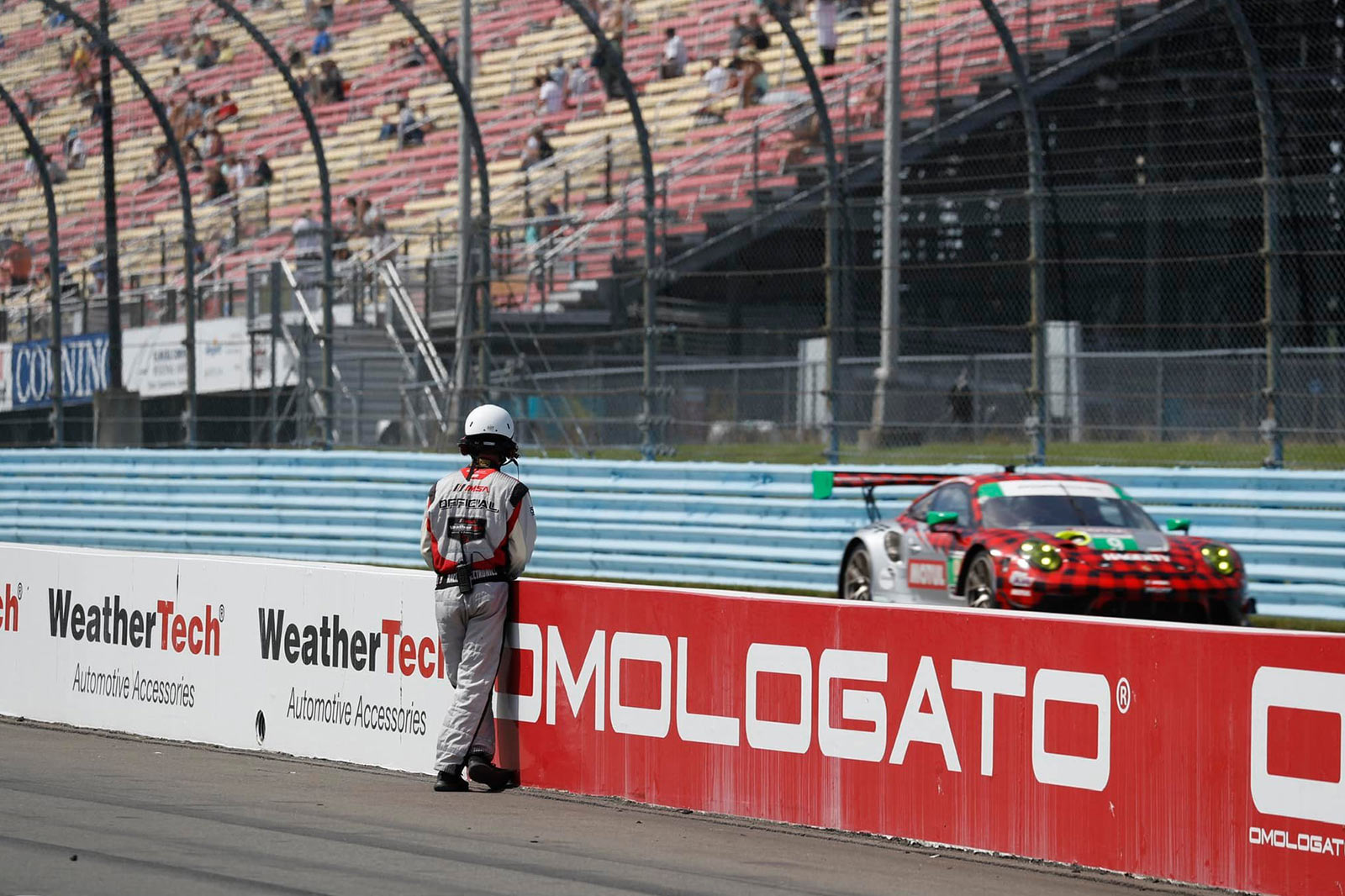 Even then however, the relationship with motorsport goes deeper. Omologato has their very own young driver’s programme. It’s not a training programme in the traditional sense; these guys already know how to drive. It’s a course to teach them how to turn that innate skill behind the wheel into a business, how to get sponsors, make the most of them and in essence turn racing into a career rather than an expensive hobby.

With all that in the works, it’s amazing that Shami even has time to design watches these days. But then who needs sleep? In lieu of shut eye, there looks to be an endless pipeline of new designs emerging from the studio. If you’re into what Omologato has already done so far, you’ll want to have your wallet at the ready. Set. Go.

With an updated display the Tag Heuer Monaco Gulf Edition 2022 revitalises one of the most stylish...

A bright neon green and yellow dial makes for an eye-catching new version of Autodromo’s Group B.

The first offering from Breitling and Triumph’s new partnership is a matching bike and wristwatch...