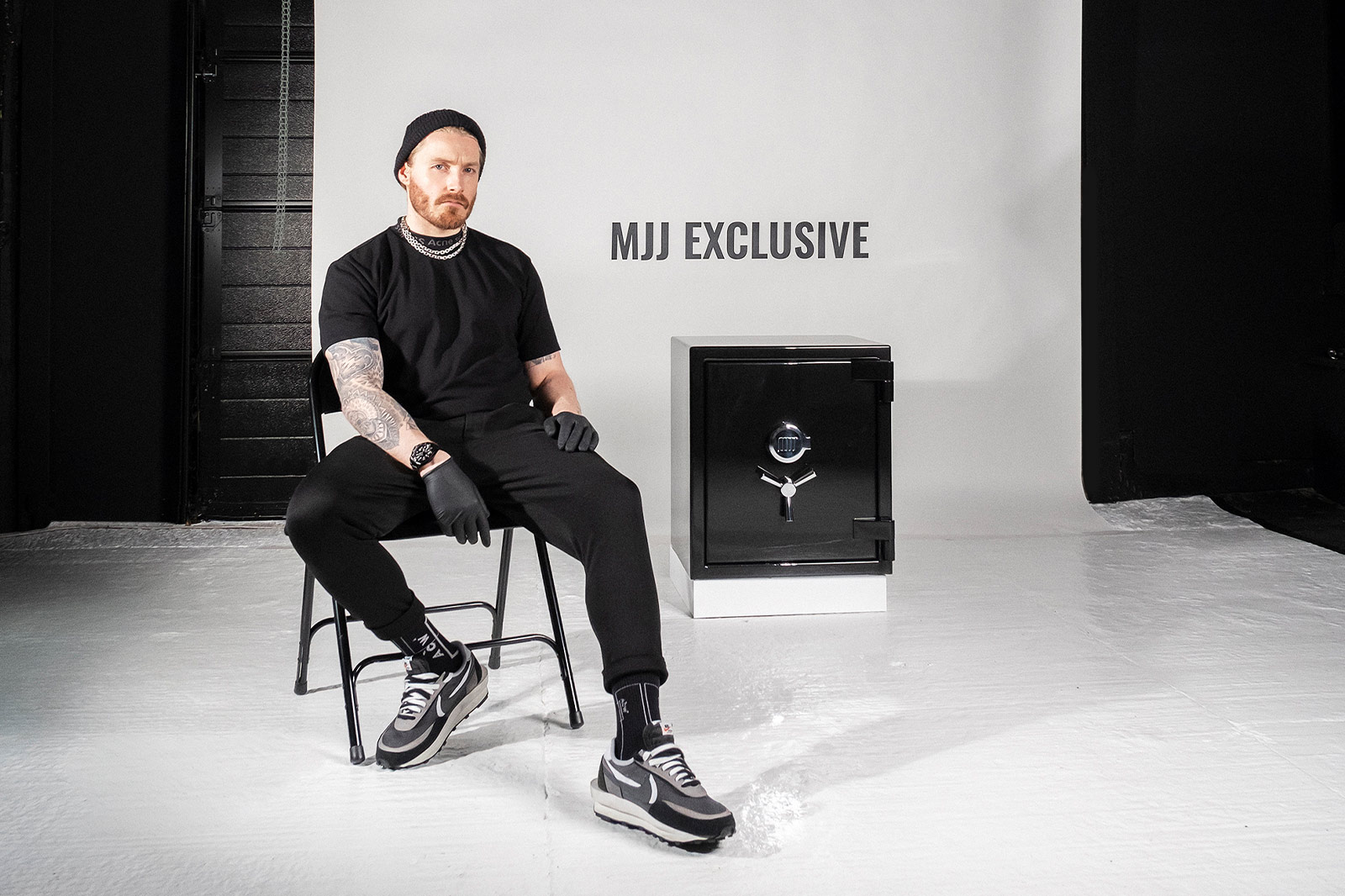 If you dream of the kind of traditional jewels that populate Bond Street, the elegant facets of classical craftmanship that have come to define the oldest maisons in the world, then you want to stop reading now. MJJ Exclusive is not one of those.

That’s not to say that their bold, idiosyncratic creations aren’t well made; they’re exceptional in fact. But the young brand’s tagline of ‘Rebel in Luxury’ is a lot more than a solid pun; it’s a phrase that’s come to define them.

Founded in 2012 by Matthew J. Jones – the eponymous Rebel in Luxury himself – the brand started out simply selling off-the-shelf timepieces to clients. Nothing particularly exciting there. But it didn’t take long for Jones to notice a shift in tastes, one towards bigger, flashier and decidedly more diamond encrusted than ever. 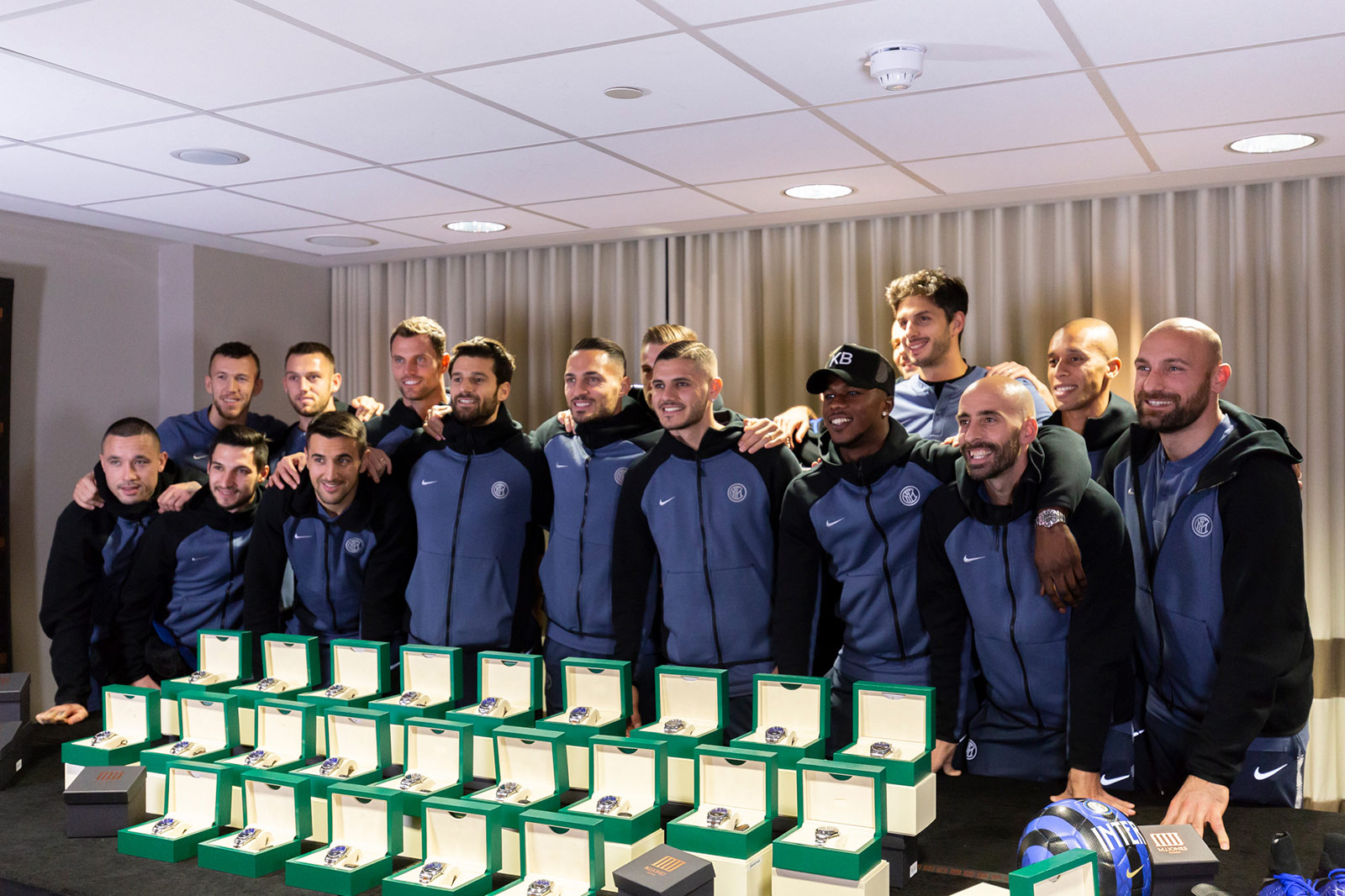 And so, he went ahead and hired a full team of designers and craftsmen, taking the plunge backed by an extraordinary level of expertise into the heady world of bespoke jewels. The big break came when then Inter Milan captain Mauro Icardi commissioned 25 custom Rolexes for his team and from there, MJJ has been the de facto jeweller to the more rebellious glitterati. They stuck the landing nicely.

It’s not hard to see why sports stars have adopted MJJ as their flagship bespoke artiste either. Their penchant for full diamond pieces on one hand, eye-catching combinations of bejewelled neon on the other make for the kinds of pieces players will try to outdo each other on. Well, what else are you going to spend your £150k a week on? 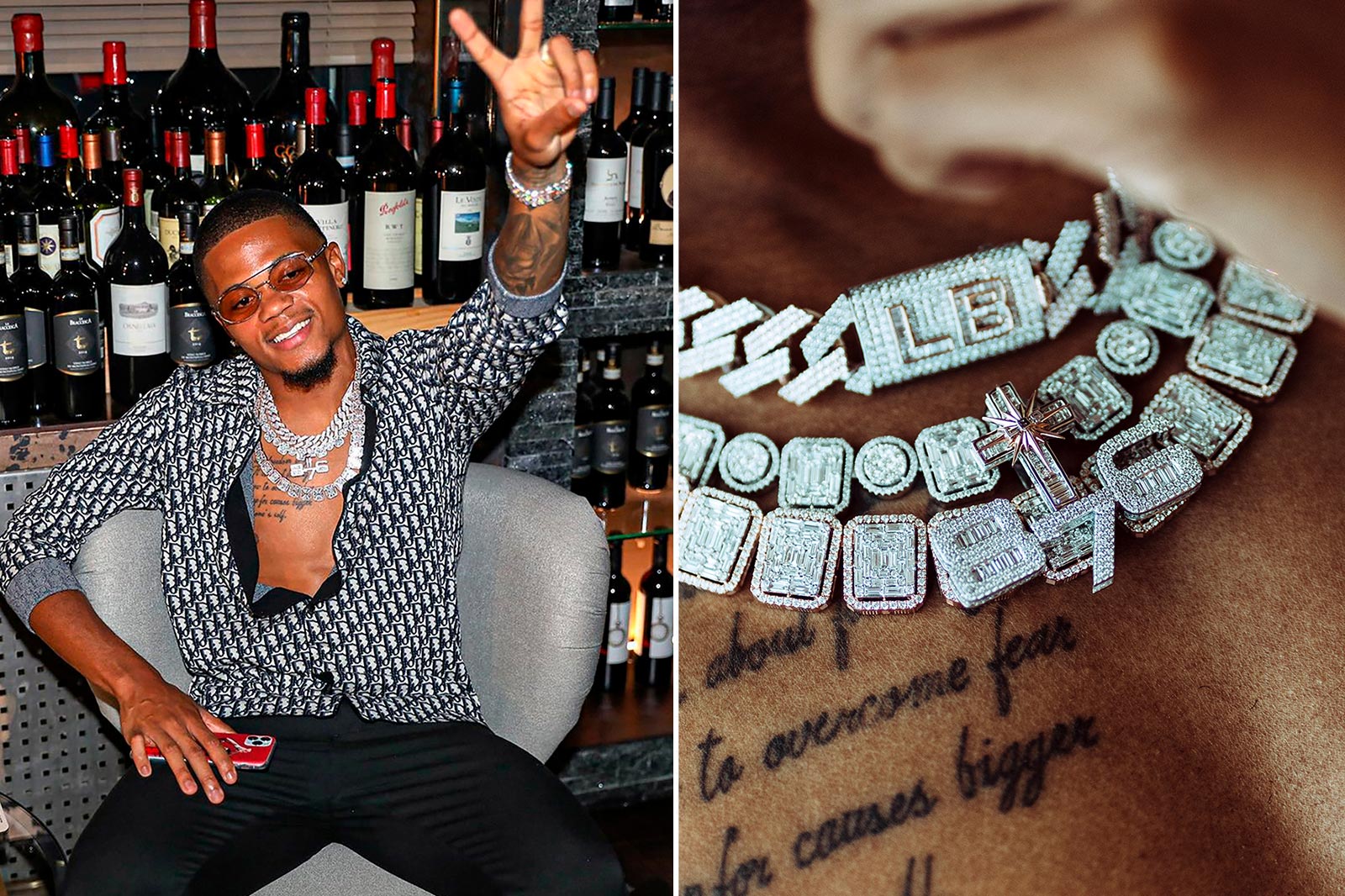 It’s a relationship that’s gone both ways and over the last decade of catering to the tastes of footballers (and others, of course) they’ve developed their own unique style, one that’s culminated in the brand’s very own in-house collection. After all, if anyone knows what the ultra-wealthy are really after, it’s Jones and his team.

This isn’t some diffusion range or anything like that; it’s not the long, arduous custom process start to finish, but MJJ’s jewellery collection is up there with the most exclusive around, and with a stadium length’s more style besides. 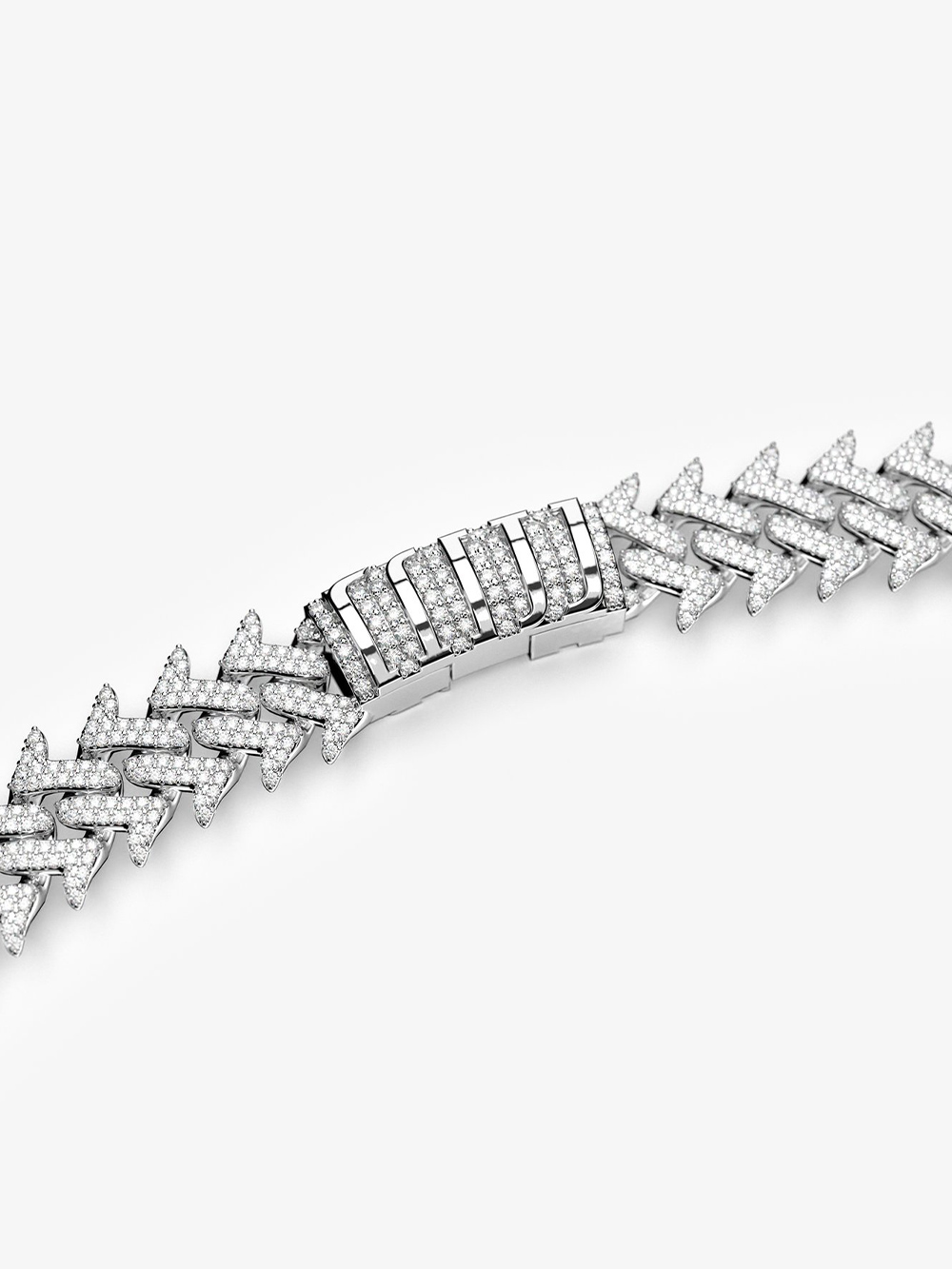 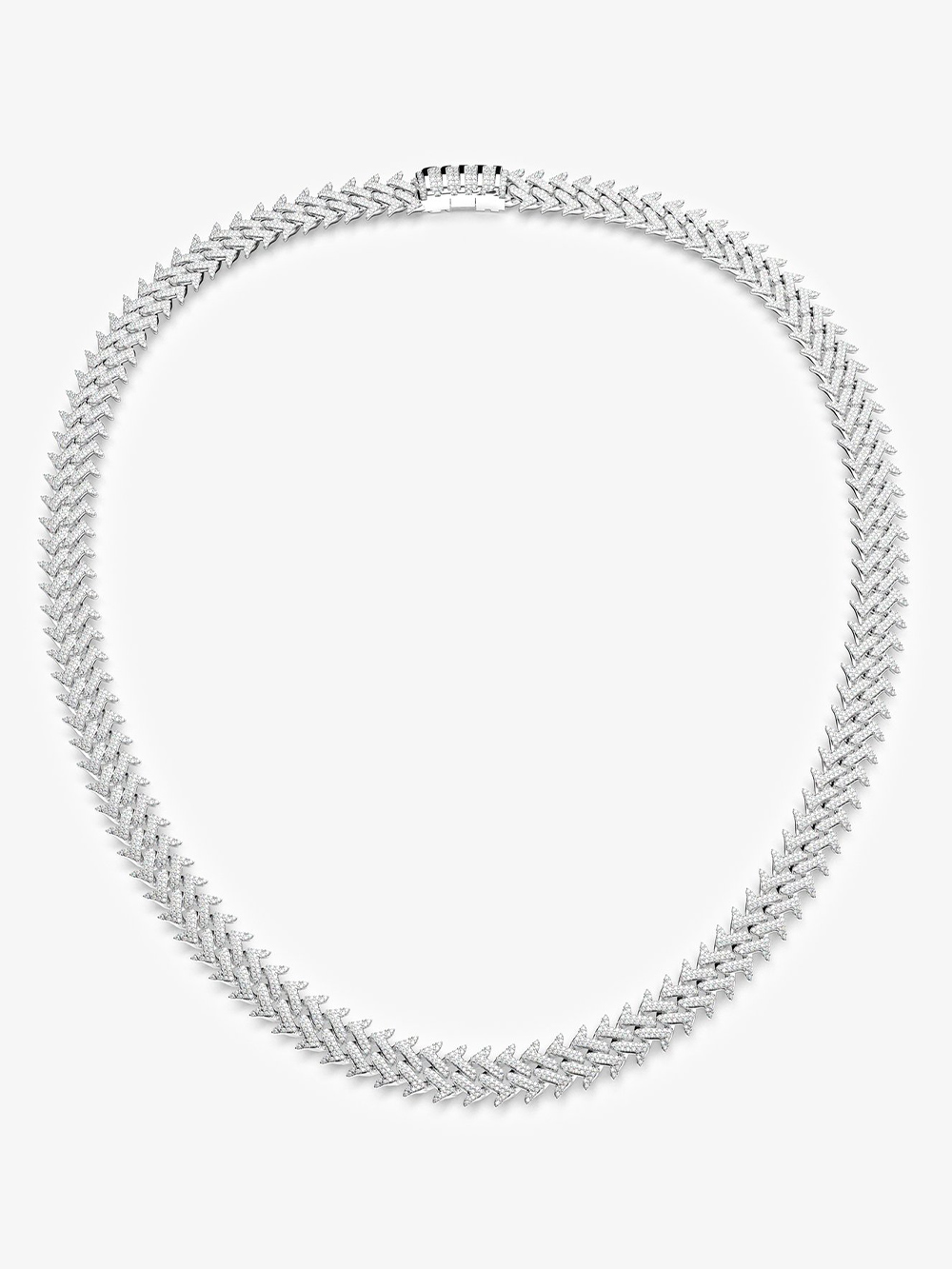 Take the Spiked Cuban necklace. In essence, it’s a diamond-encrusted white gold chain. You’ve seen them before, you might even own one. MJJ’s though is different. The spiked links give it an edgier, more aggressive look, sharp and cool in equal measure like a shard of ice. It’s hand set, with no less attention to detail than a custom piece. 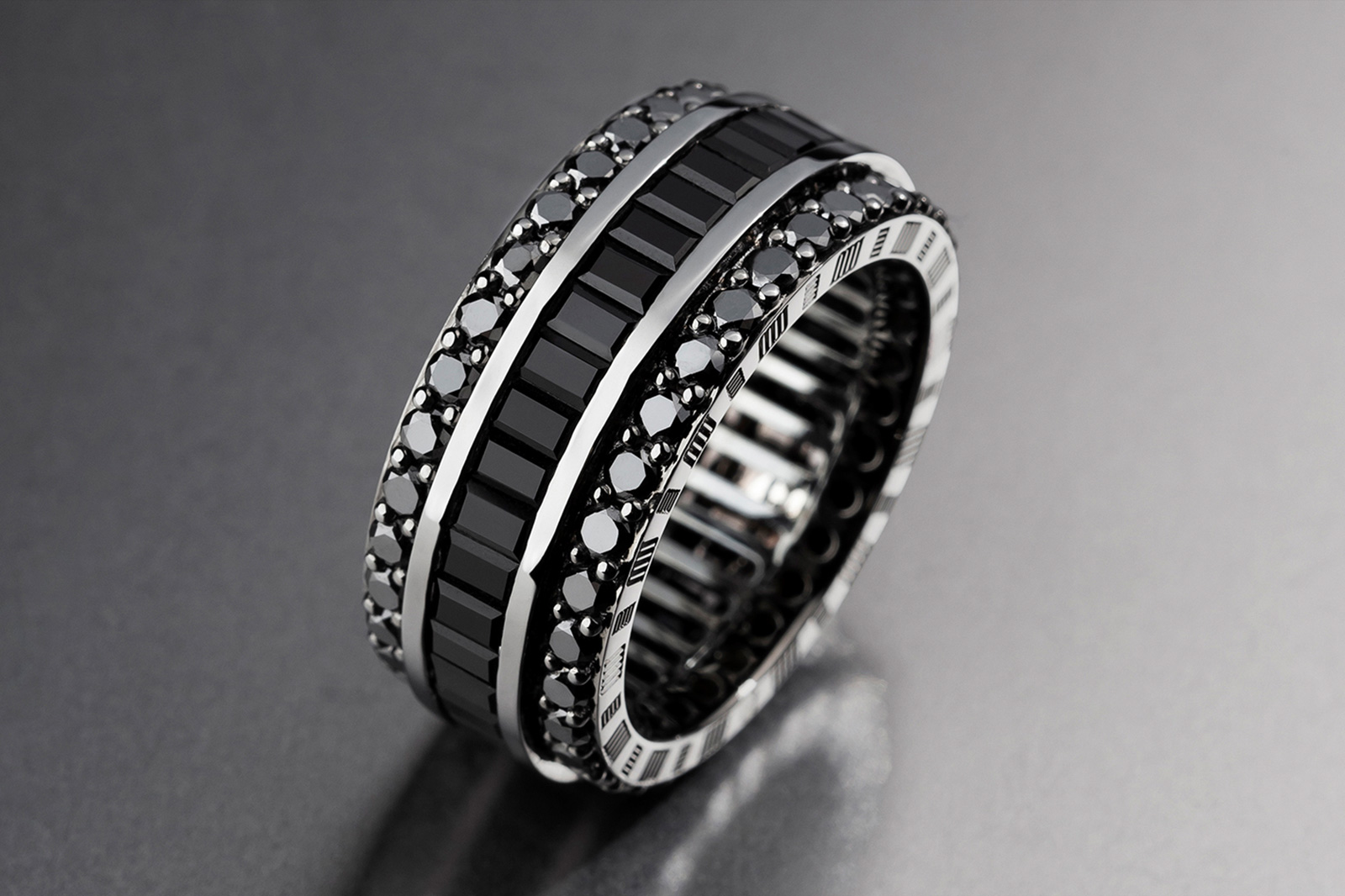 Similar is MJJ’s now flagship Channel Ring, particularly the Baguette version. As the name suggests, the ring consists of a central channel of baguette-cut diamonds, flanked either side by smaller, brilliant-cut stones. It has the look of a classic, stacked ring, but with internal caging (in the shape of the brand’s logo) to draw in light for the best shine possible to the gems.

Bespoke being MJJ’s bread-and-butter, both pieces – and indeed the vast majority of their in-house collection – can be customised, letting clients switch around the stones and materials to their hearts’ content.

Of course, custom watches are still a big part of what MJJ Exclusive does – especially among their celebrity clientele – but their jewels are the essence of their approach to craftsmanship. Traditional they are not and thank god for that.