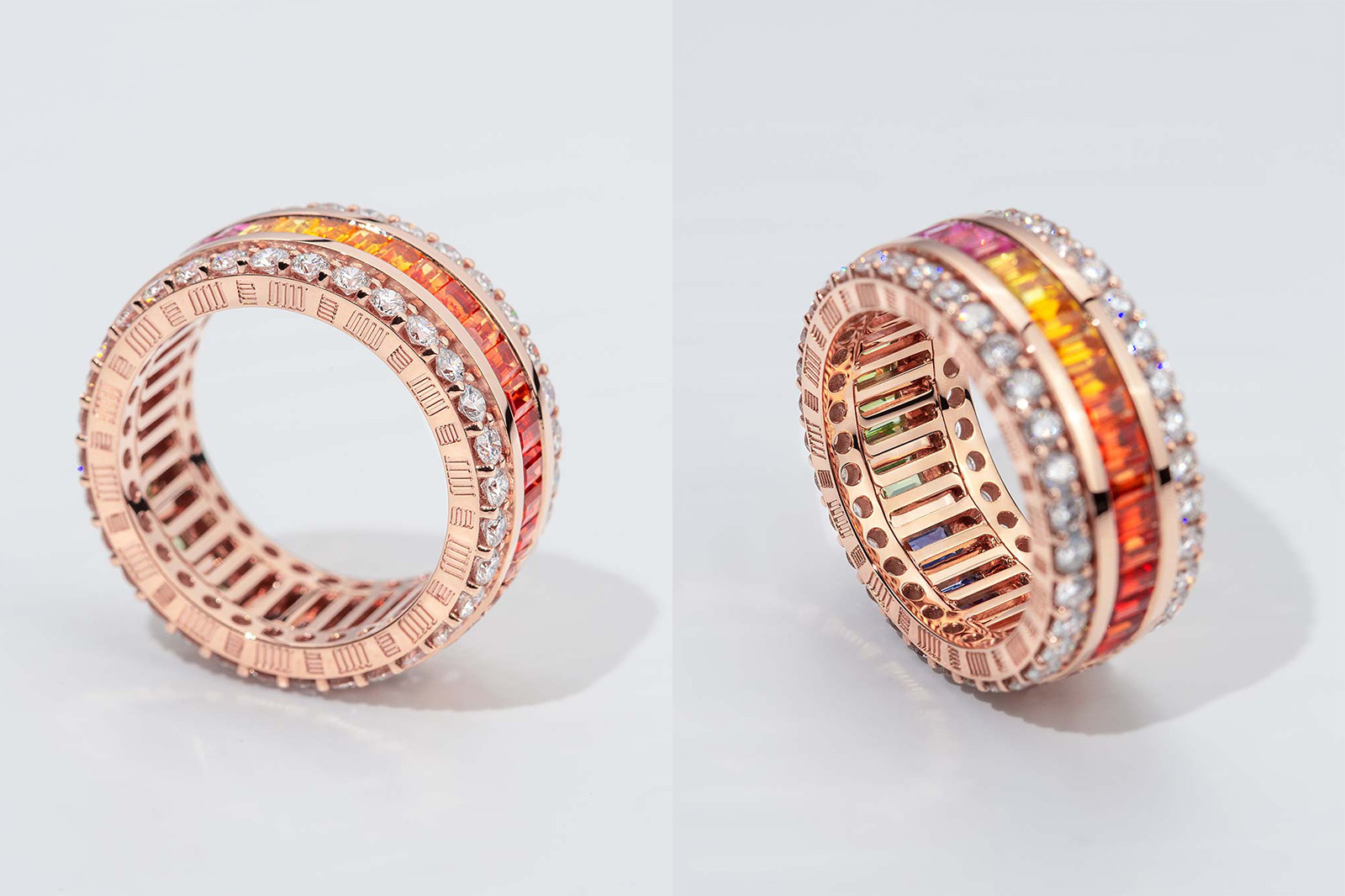 Take, for example, the Channel Ring, a piece that’s become a bit of an MJJ Exclusive flagship. It’s about as far away from a simply set gold band as a bespoke Rolls-Royce is from a hatchback. It’s constructed like three rings in one, with two rows of brilliant stones separated by one bigger, middle row. 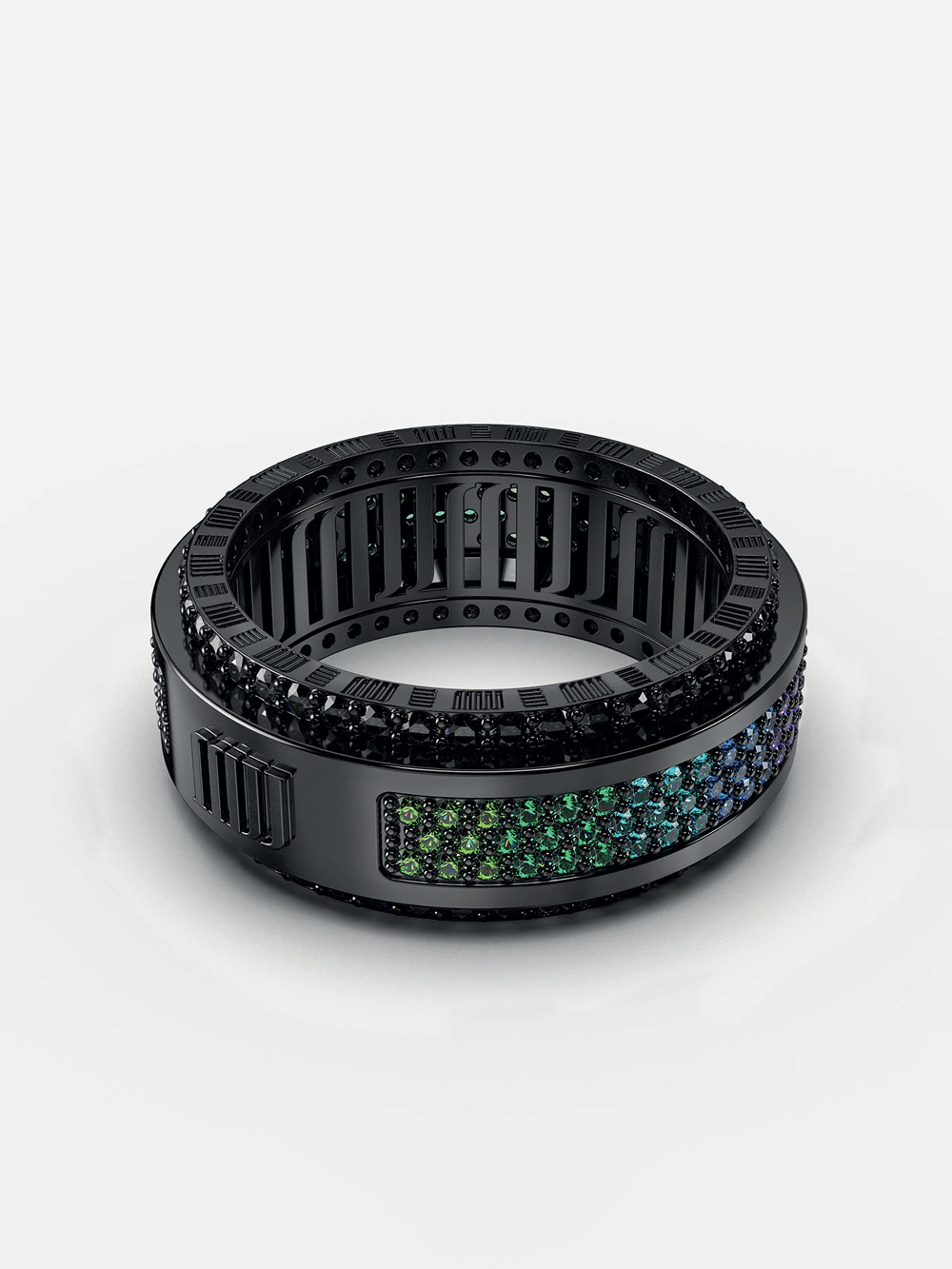 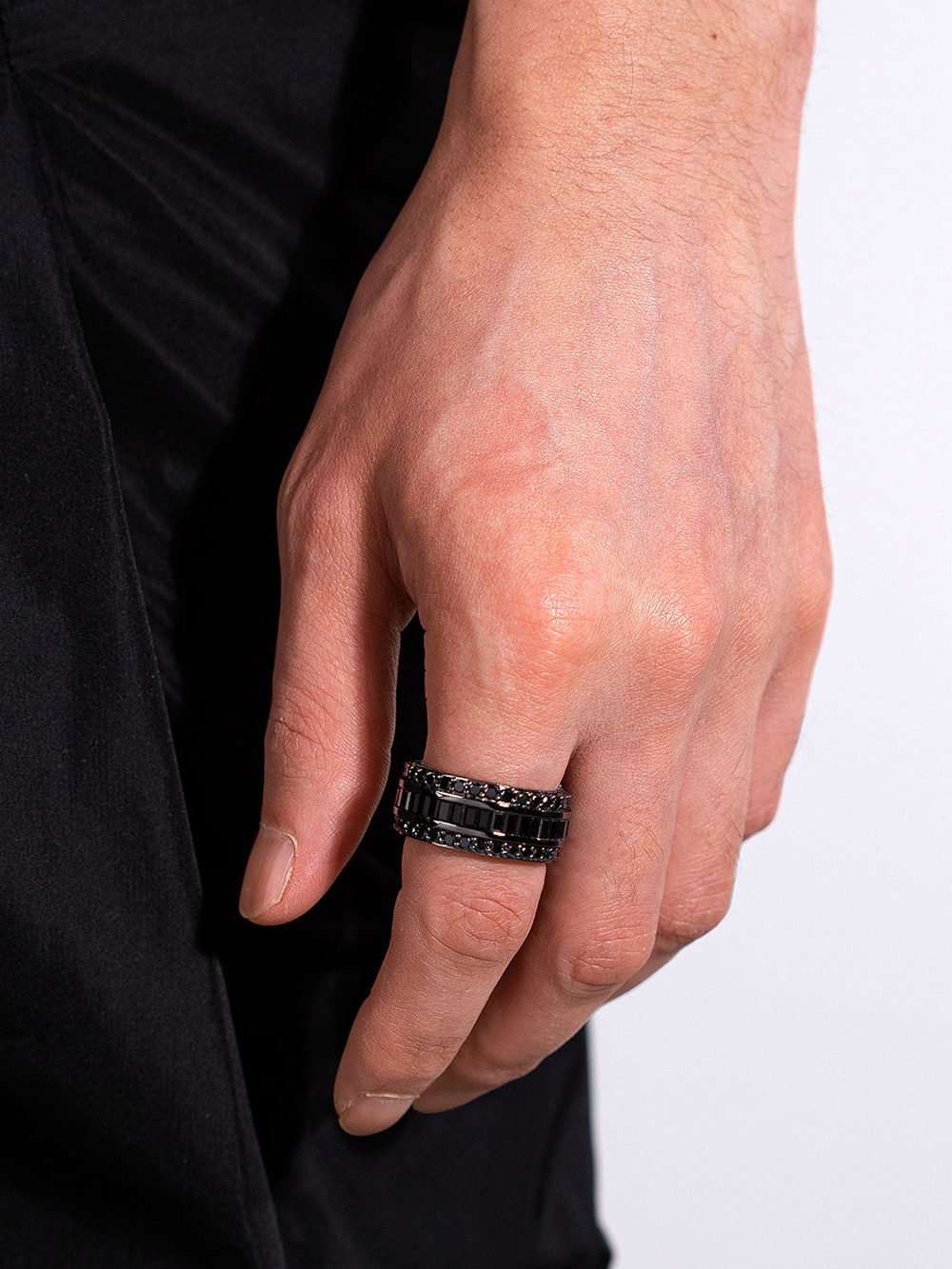 Most of the time that middle row involves a host of baguette-cut gems, a solid ring of precious colour that contrasts the round stones of the shoulders with the kind of square cuts you normally find in fine watchmaking. While the baguette-cut gems are certainly the most striking versions, if you’re looking for something a little less intense but no less colourful, Pavé models are also available.

Either way, the construction is the same – which includes MJJ Exclusive’s signature internal caging, which allows light to come through both sides of the stones, drawing in the maximum amount of light and highlighting the quality of the gems.

As for who it’s for, the big, bold construction of the Channel Ring suits men’s fingers as easily as women’s, with the kind of go-big-or-go-home attitude that makes rainbow-set Rolexes among the most sought-after watches around. In fact, throw in edges set with rockstar cool black diamonds and the rainbow-set Channel Ring may be the only piece of jewellery out there that can match that particular breed of Daytona. And if you happen to have an emerald-set black Nautilus then thanks for reading, Drake. More importantly, there’s a perfectly matched black-and-emerald Channel Ring for you, too.

Given the construction – and MJJ Exclusive’s history, of course – it shouldn’t come as surprise that the Channel Ring is also incredibly customisable. Have a colour combo you want to try out? Gotten your hands on a Tiffany blue Oyster Perpetual that just needs a few gemstones to match? It’s all in MJJ Exclusive’s wheelhouse.