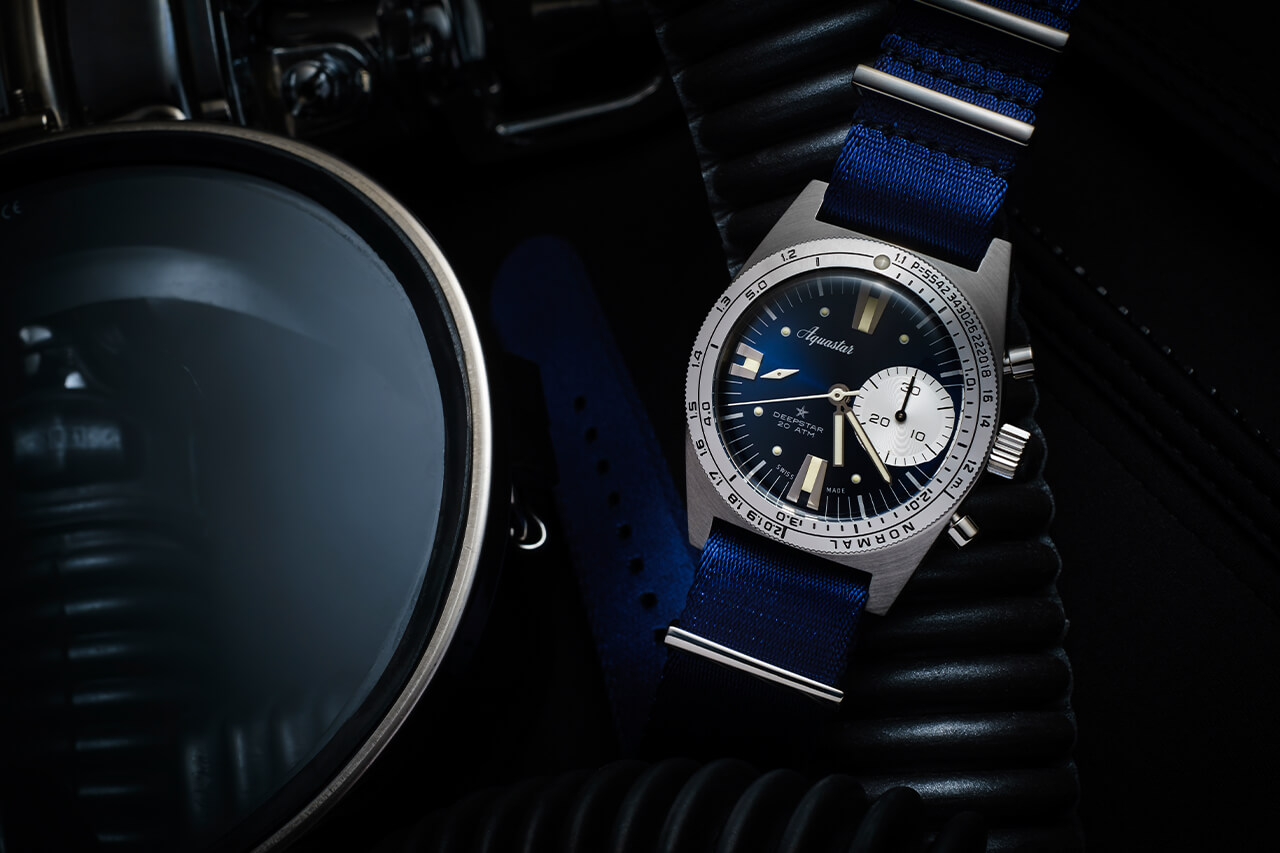 Tool watches are the mainstay of pretty much any diving horologist’s stable, the kind of watches designed for one task and one task only: helping someone survive the depths. Sometimes it’s just the inclusion of a diving bezel, sometimes it’s something a little more than that. Whatever the case, there’s one name every diving tool watch has to thank for its existence: Aquastar.

Back in the early 60s, like today, most watch brands decided breadth was better than depth, both metaphorically and literally. They preferred to try their hands at a lot of things rather than specialise, hoping to cater to more collectors. Aquastar on the other hand went the opposite route. 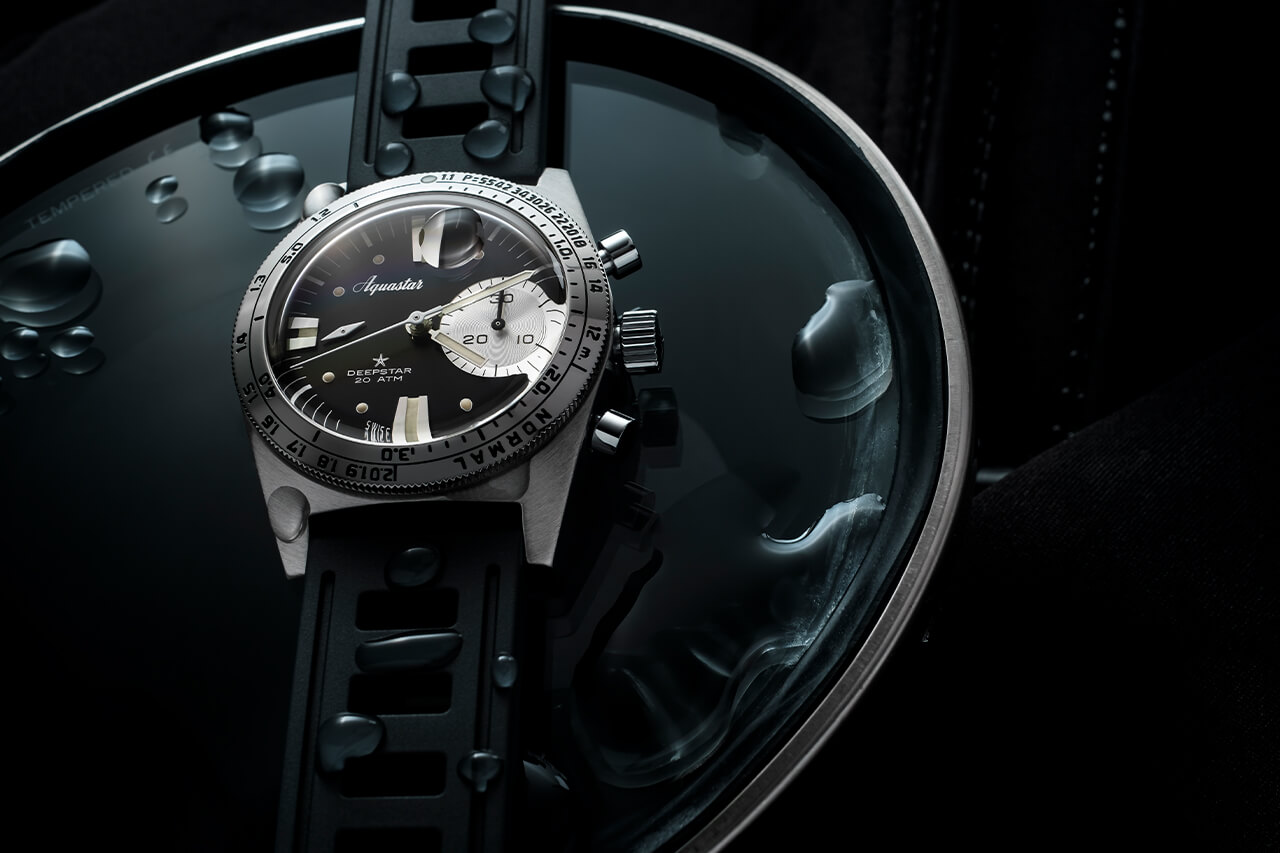 The name originated with Jean Richard, one of the oldest Swiss watchmakers of the era, who had some success with the 1958 Aquastar 60. Well, ‘some’ success is putting it very mildly, given it was on the wrist of Captain Don Walsh of the Mariana Trench-diving bathyscaphe Trieste. More than that, it became one of the archetypal diving designs of the 60s.

In 1962, the name was launched as its own sub-brand, under the auspices of one Frédéric Robert. Robert was more diver than watchmaker and saw a hole in the market for watches designed for serious underwater specialists, more instruments than accessories. He was more inclined to consult scientists and diving professionals than your usual horologists, and it showed with Aquastar filing no fewer than ten patents, with a collection based around each. 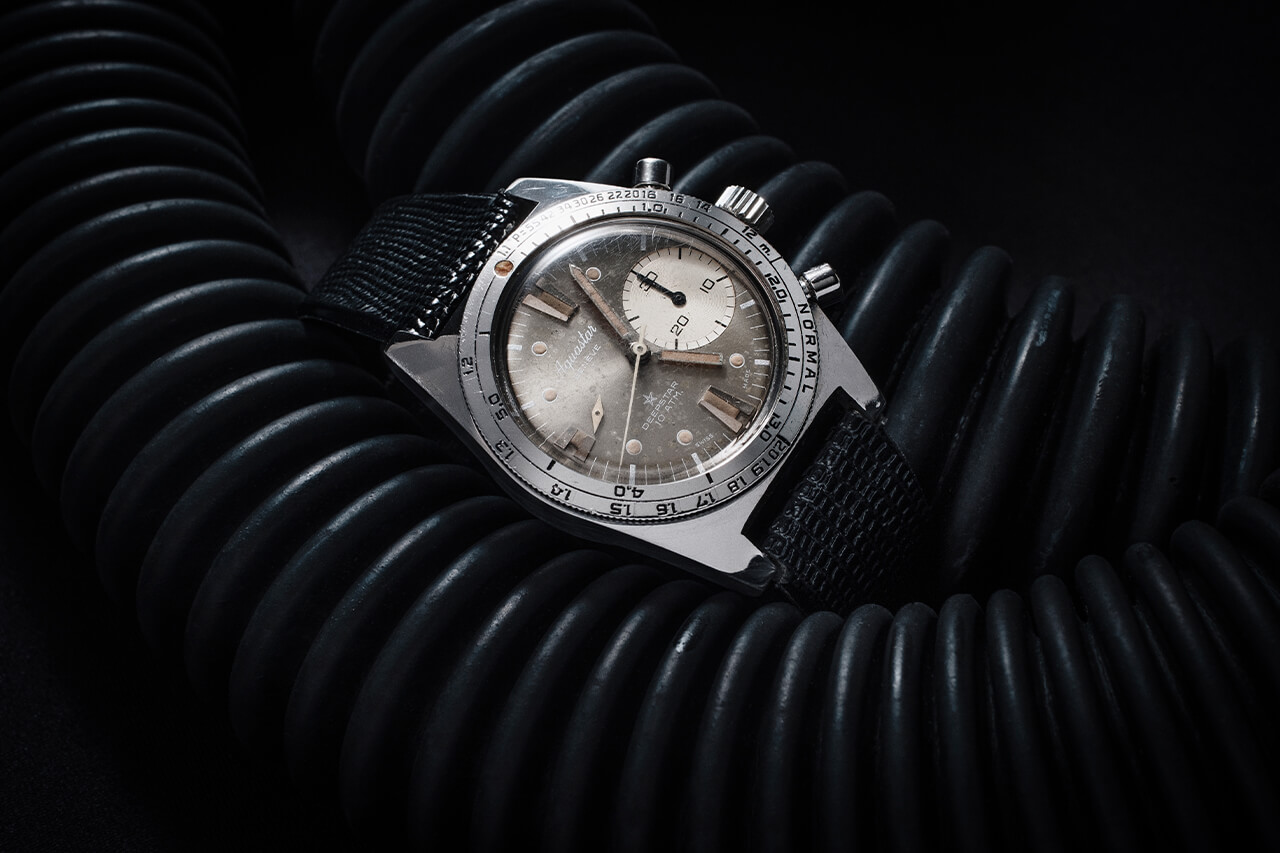 Of all the watches, one stood out above the rest – and still does, in cult collecting circles. The Deepstar was introduced in 1965 and featured, among other things, decompression calculations across multiple dives, based on the diving tables of the French Navy. It was – and still is – a unique function of anything bar a diving computer. It was an instant classic… and then the quartz crisis came.

Like many a watchmaker now relegated to obscurity, Aquastar didn’t make it much past Seiko’s invention of the battery-powered watch – at least, not in any meaningful way. That is until Rick Marei, the same man who all but relaunched Doxa (a name now very much in ascendency) took it on. Now Aquastar is back and with it the relaunch of the legendary Deepstar.

Along with the unique bezel that made it a classic, there’s a lot to love about the Aquastar Deepstar 2020 Re-Edition. Available with black, grey or blue dials, the charming, overtly 60s case is a flawless stand-in for the archival models – as are the chunky retro hour markers at 12, 6 and 9. The hand at 9 o’clock, in case you were wondering, is a running indicator, a quick reference to know that you’re not screwed mid-dive.

Inside is a custom La Joux-Perre calibre equipped with a column wheel chronograph and a solid, 55-hour power reserve and a skeletonised rotor, everything you want in a tool chrono. Granted tool chrono is a little bit of an oxymoron – extra holes in the case, less depth resistance – but damn if it’s not appealing. 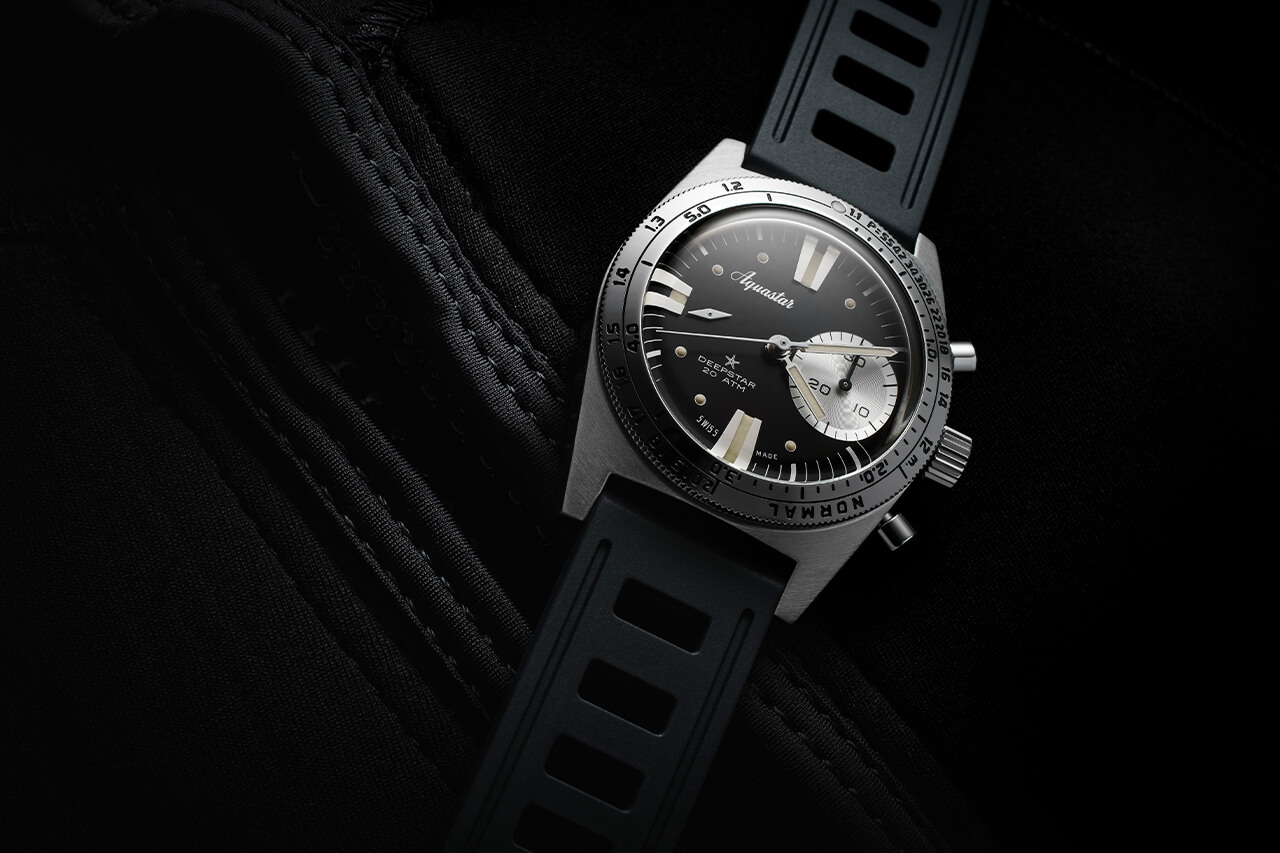 Supplied with both a matching Tropic rubber strap (another brand relaunched by Marei’s magic touch) and a dressier leather number, the Deepstar 2020 is as instantly recognisable as the original and makes for a fantastic launchpad for the new Aquastar Era.

Next up… the regatta timer? Here’s hoping.