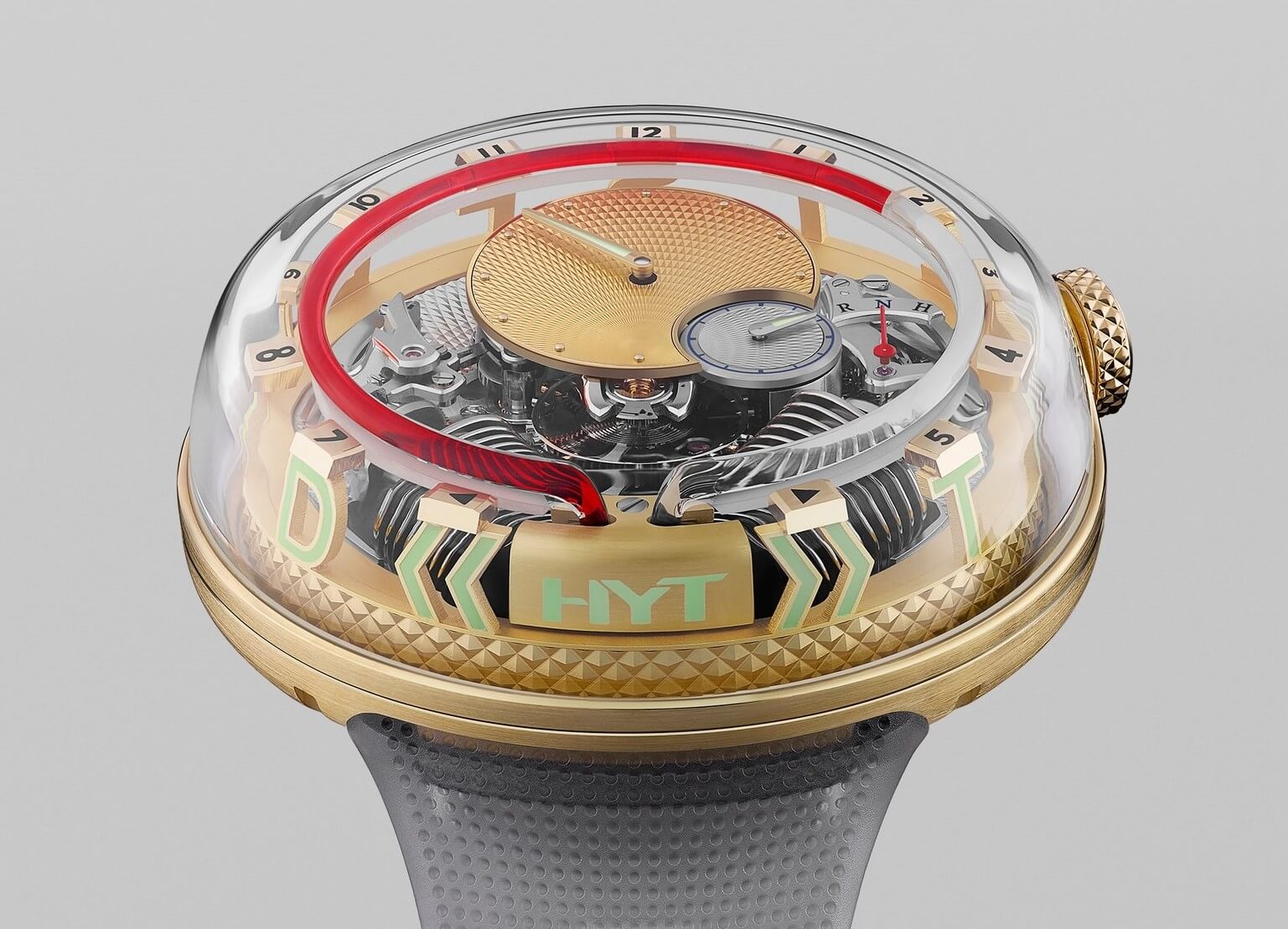 HYT is a watchmaker defined by a single complication, one that’s seen a fair few variations throughout the years. Usually those variations have been different colours of time-indicating liquid or a skull at the centre; in the HYT H20 ‘Time is Fluid’ however, they’ve showcased their unique form of hydraulic horology like never before.

The ‘Time is Fluid’ houses all the core characteristics of the H20, namely an immense domed crystal that comes all the way down the sides of the monolithic 51mm case and that signature ring of coloured fluid. Combined with the level of finishing it has really kicked things up a notch or ten. 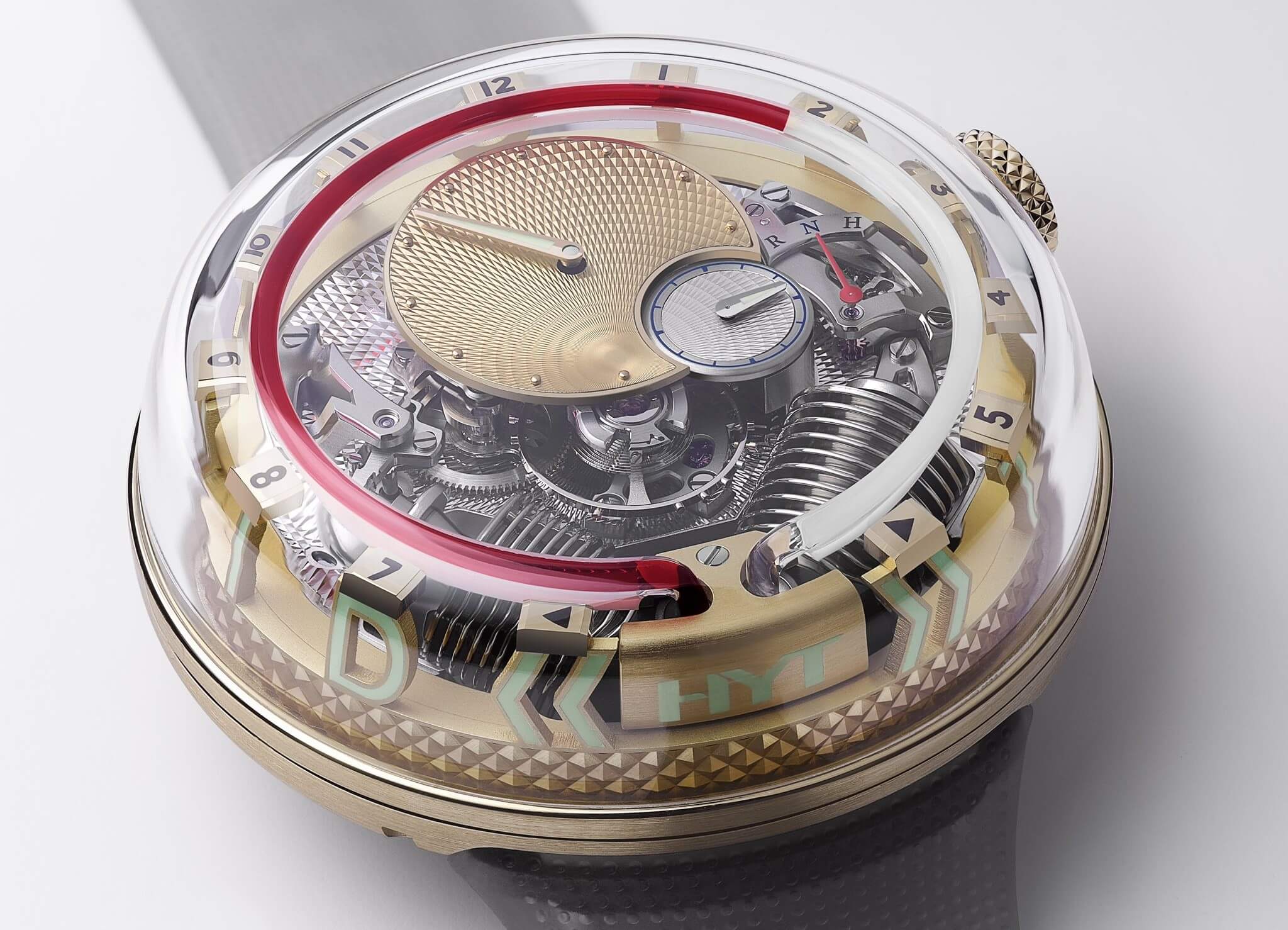 Guilloche is everywhere, from the paired gold and silver dial and subdial to the base of the movement itself to the fun, oversized crown. It’s all visible too since the movement – built by the renowned APRP (Audemars Piguet Renaud et Papi) – is less skeletonised, more architecturally stacked onto the baseplate. It’s magnificent. 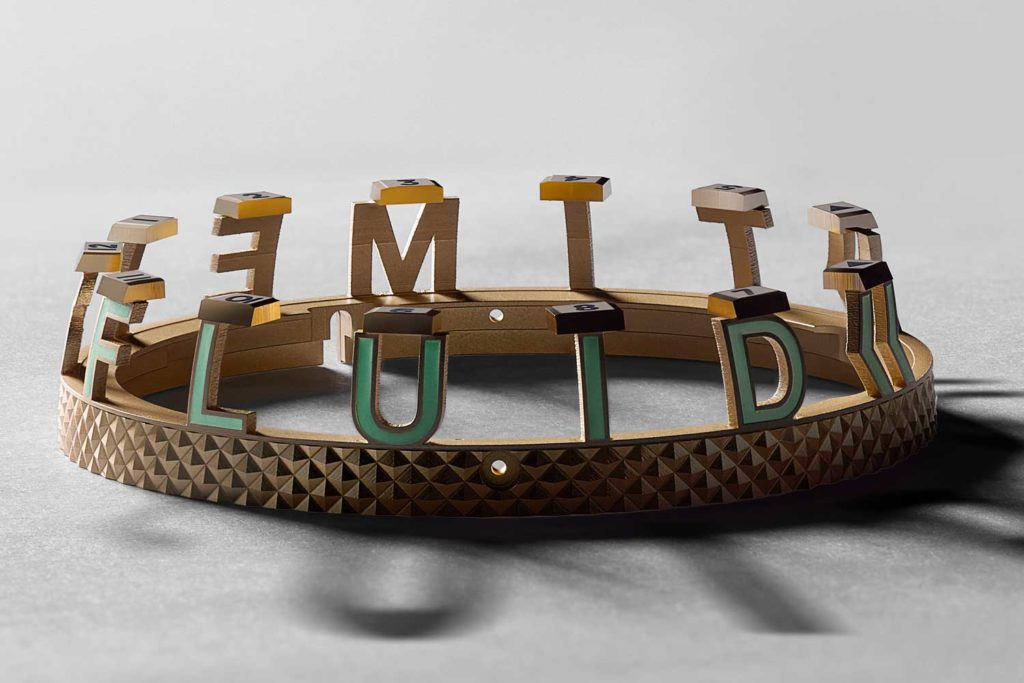 The manually-wound movement itself has a seriously impressive power reserve of 192 hours and the liquid display is made possible by the use of bellows to painstakingly control its progress through the glass tube. It’s a pretty inspired concept and lends itself to HYT’s whole ‘Time is Fluid’ mantra, something they’ve really lent into in this particular take on the H20. 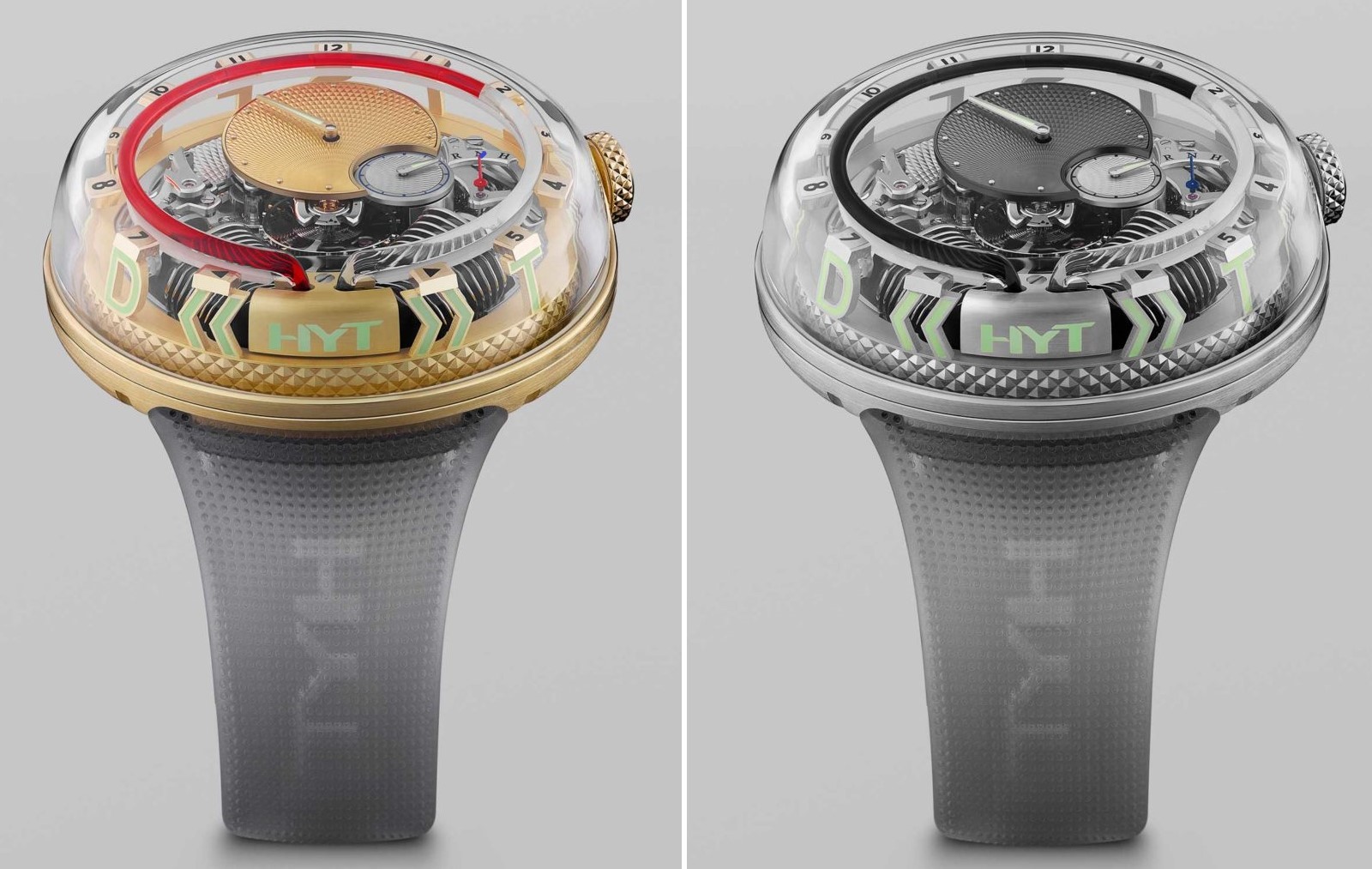 The finishing touch in fact is about as subtle as a Supreme branded t-shirt. Around the edge, visible thanks to that immense crystal, HYT have written their tagline ‘Time is Fluid.’ Well, written isn’t quite the right word; the chunky metal letters have been built into the base of the case and actually support the indexes above.

Oddly enough that’s not superluminova on the 3D letters, it’s mint green lacquer. We can only imagine that if it were lume, that much of it could double as an unwanted nightlight. Still, it’s not like there’s not enough going on anyway. 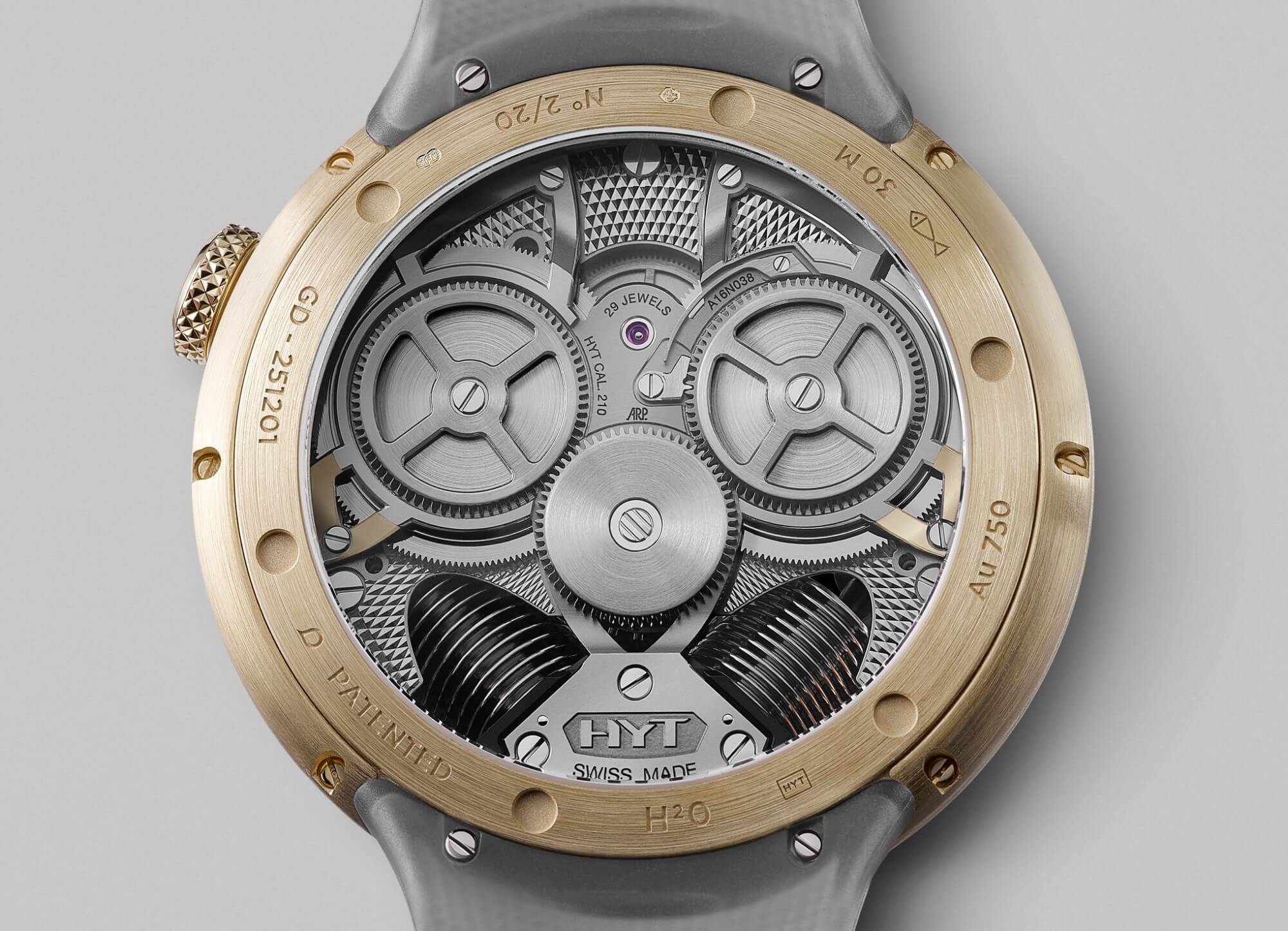 The HYT H20 ‘Time is Fluid’ is available in either gold or steel variations ($125,000 and $115,000 respectively), both of which come on the same translucent rubber strap. Both are limited to 20 examples worldwide so don’t expect to see it on every wrist. Still, you won’t miss it if you do.

In the past we’ve often thought that HYT had pigeonholed themselves with their liquid display. It’s a phenomenal complication for sure, but there’s only so far you can take it. Well, the H20 ‘Time is Fluid’ shows that HYT still have a lot further they can go.