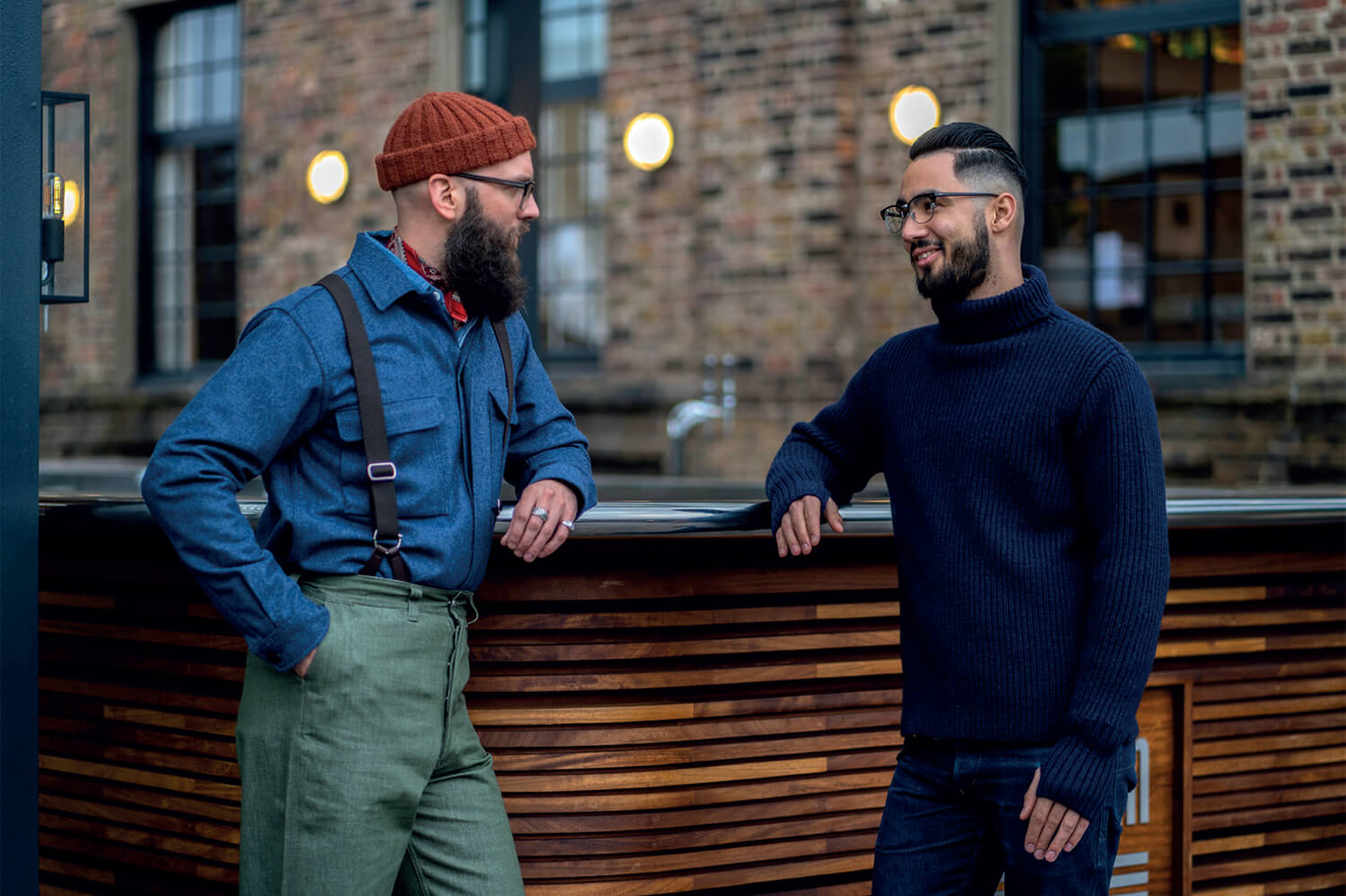 This article was meant to have a whole different introduction. It was supposed to start with a visit to Blackhorse Lane Ateliers, a workshop set up by Bilgehan ‘Han’ Ates in a beautiful 1920s former factory building in East London. But then, Covid-19 really kicked up a gear and self-isolation became the new normal. My trip to see their manufacturing hub was no longer going to be possible.

“It’s something out of our control and I feel a little power less,” says Ates, when I call him on his way into work. “But one thing that hasn’t changed is that I want to keep things positive.”

While none of us know the timeline of this pandemic, one thing we all need to have faith in is that things will return to normal someday – and maybe, when they do, after a reliance on local businesses during the period of self-isolation, there will emerge a consumer who is more tuned in to supporting smaller-scale craftspeople. Yes, these are dark times – Ates tells me his business has taken a hit in the week since the outbreak really took hold.

However, perhaps there is a glimmer of opportunity here too. And surely one of the things to keep all small-batch jeans makers optimistic while we all ride this out is that Blackhorse Lane Ateliers is part of a wave of British denim labels gaining acclaim by menswear aficionados both on home soil and around the world. 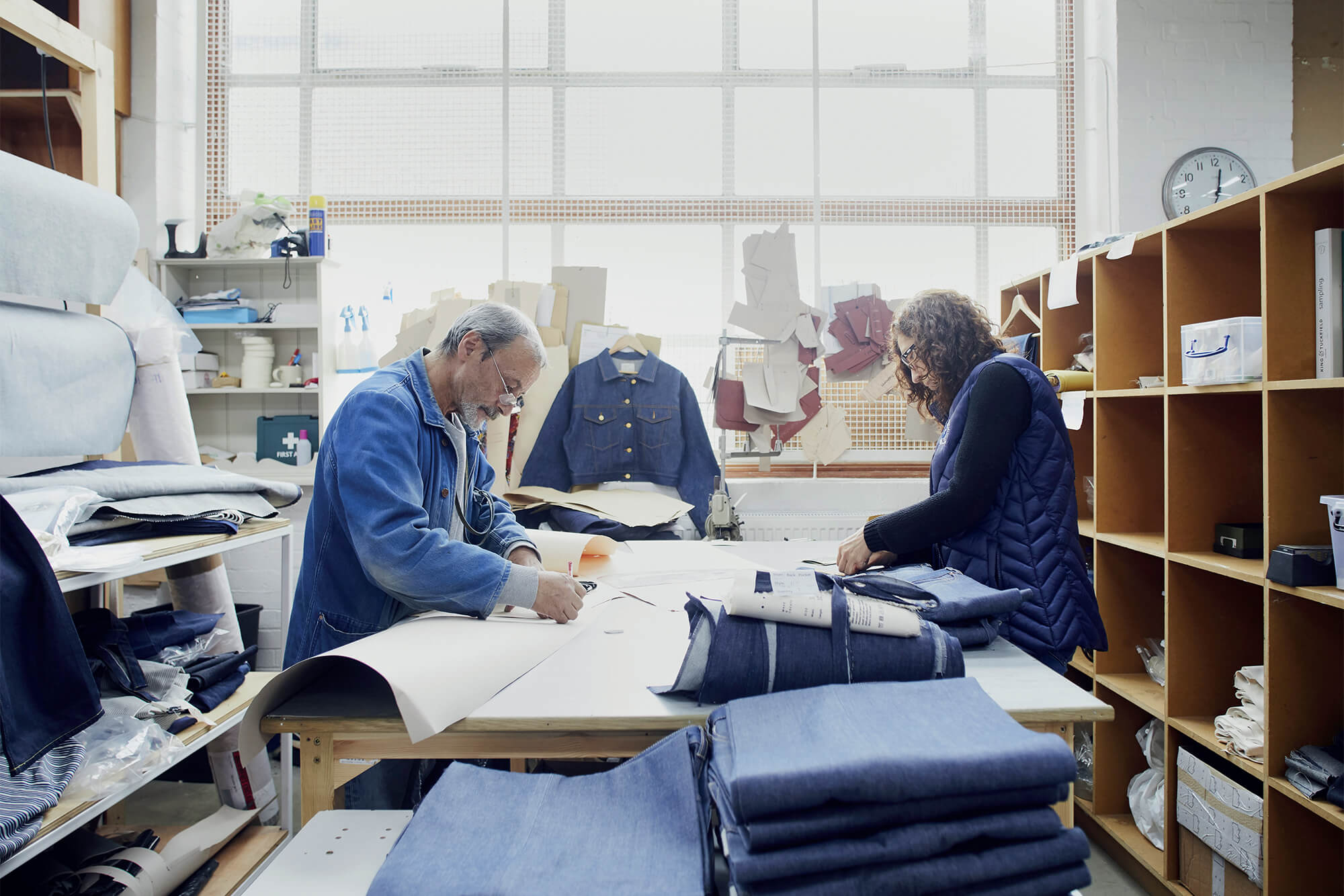 “British denim manufacturing is definitely on people’s radars when I speak to my friends and colleagues overseas,” says Simon Crompton, the writer behind cult menswear blog Permanent Style. “You hear more about the UK’s jean scene than any other country apart from Japan and the US, which is pretty impressive really considering there’s only a small handful of companies here.”

“We see huge interest in our brand from all over the world, most notably North America, Europe and Japan,” says Patrick Grant, whose Community Clothing label makes jeans during the seasonal downtime at a Blackburn factory to help give workers there year-round employment. “Despite not offering international shipping over ten per cent of our online traffic is from outside the UK, and several Japanese stores have approached us about stocking the brand.” 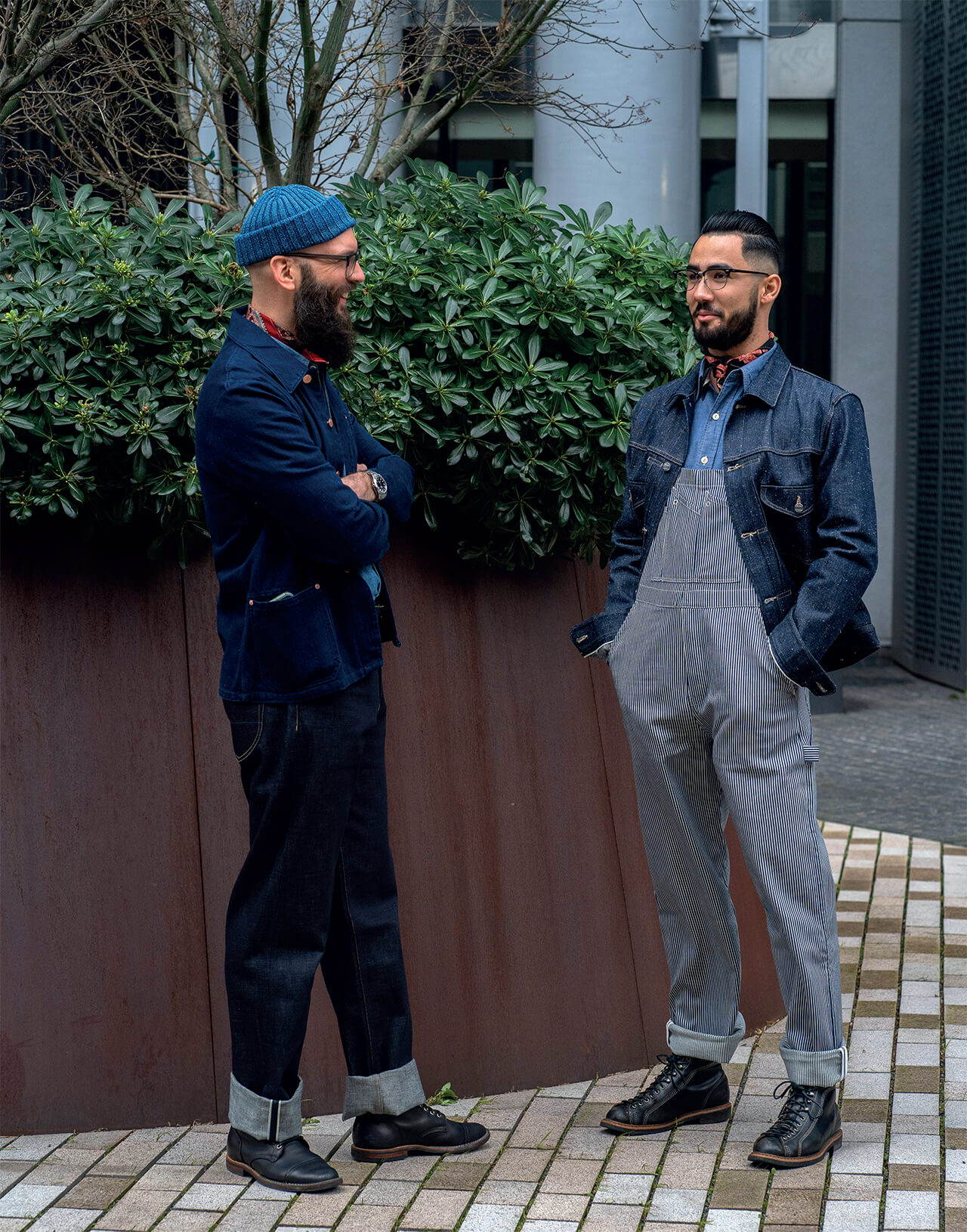 So, with plenty of brands from countries with longer history of denim manufacture, what makes British jeans interesting? There are a whole host of factors, but probably the most compelling explanation is that they satisfy a timely crosshair in consumerism right now: over the past decade, dress codes have relaxed and the importance of jeans in everyone’s wardrobes has been elevated – meaning that people are willing to spend more on getting a pair that has higher standards of quality and fit – plus there has been a movement towards supporting local craftspeople who have specialist knowledge and with whom you can have a long-term relationship.

“I think the kind of customer who is used to getting their tailoring made bespoke, say on Savile Row, will be more likely to look at getting that kind of expertise in all areas of their wardrobe,” says Crompton. “These customers also expect a certain level of aftercare, especially with alterations and repairs, so I think that’s part of the attraction of British jeans companies too.” 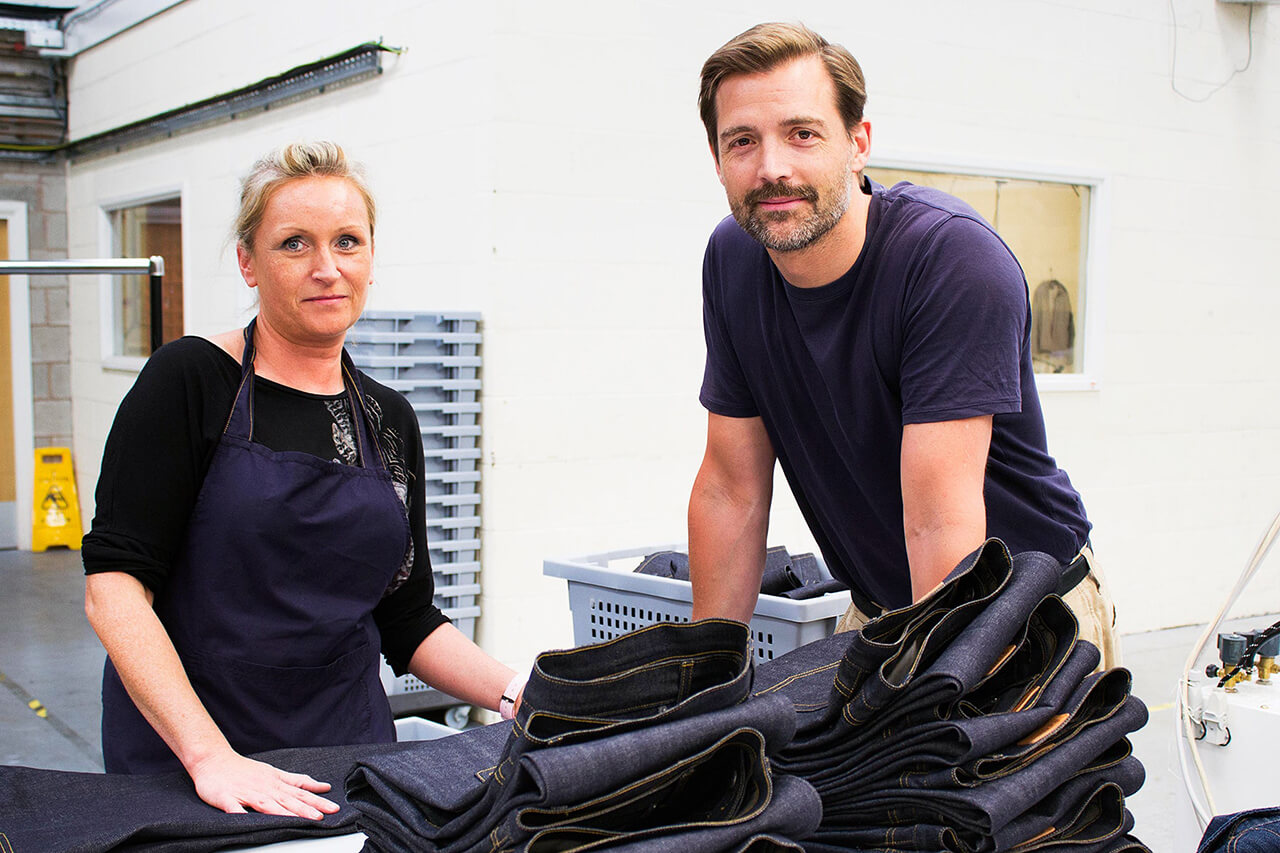 Internationally, it’s the craftmanship of many of these British brands that’s driving a surge in interest. Founded in a garage in Hove in 2012, the couple behind Dawson Denim, Kelly Dawson and Scott Ogden, make small batches of jeans, jackets and aprons from high-quality Japanese selvedge denim, woven and dyed in Okayama.

“As with any small manufacturer, we make our product with very small profit margins so wholesale has never been a thing for us – but what we do wholesale, 90 per cent goes to Japan,” says Ogden on our phone call, in between squarks of seagulls and hushed waves on the beach. When there’s a world famous denim industry in Japan, why would they want to go to the trouble of buying back their own material after it’s been made into products by a British company?

“We’re fastidious about quality – and those in Japan who are passionate about denim are all about that,” says Ogden. “When we go to see buyers out there they will literally count the number of stitches on our jeans – you don’t get that anywhere else in the world.” 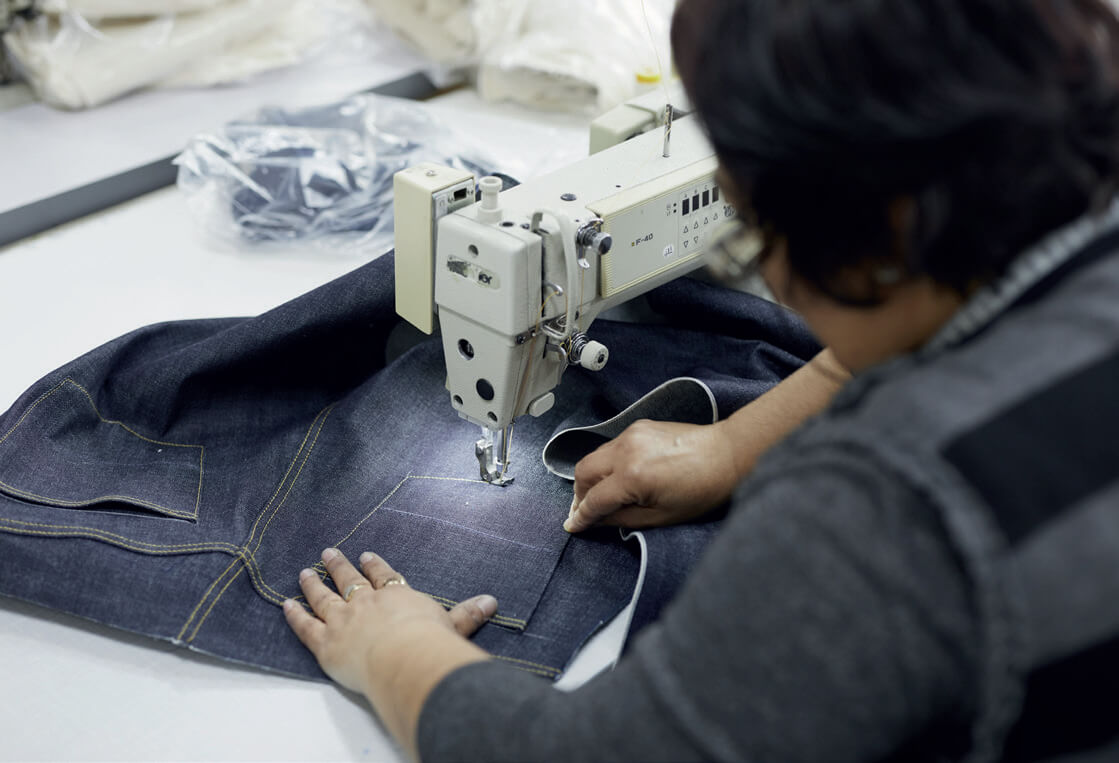 It’s easy to conflate craftsmanship and sustainability, and while these two factors often end up in the same conversation about how the fashion industry operates (and what can be improved for the good of people and the planet), they’re not necessarily the same thing. Many British makers will still use Japanese, American or Turkish denim and even if a company manages to source home-spun material, the cotton still needs to be grown, imported and dyed, necessarily using valuable resources like water and air miles.

However, if Italian brands made a name for themselves for their distressed washes in the Nineties and Noughties, British brands as a general rule define themselves by rejecting this. Acid-washing, stonewashing and chemically treated fabrics are a rarity amongst British denim brands, who tend to use raw denim. Added to this, smaller brands can be more nimble when it comes to using waste material. During its eight years in operation, Dawson has kept its scraps in two bags they keep in the office, which periodically get drained to make pockets for aprons or hats.

“We try to communicate sustainability through transparency,” says Ates, as we begin to wind down our phone call. “We try to educate our customers and help them make good decisions.” And at a time where we’re starting to seriously base our daily decisions on what might be better for those around us rather than ourselves, it feels like this approach will stand British jeans brands in good stead for our world post-pandemic. 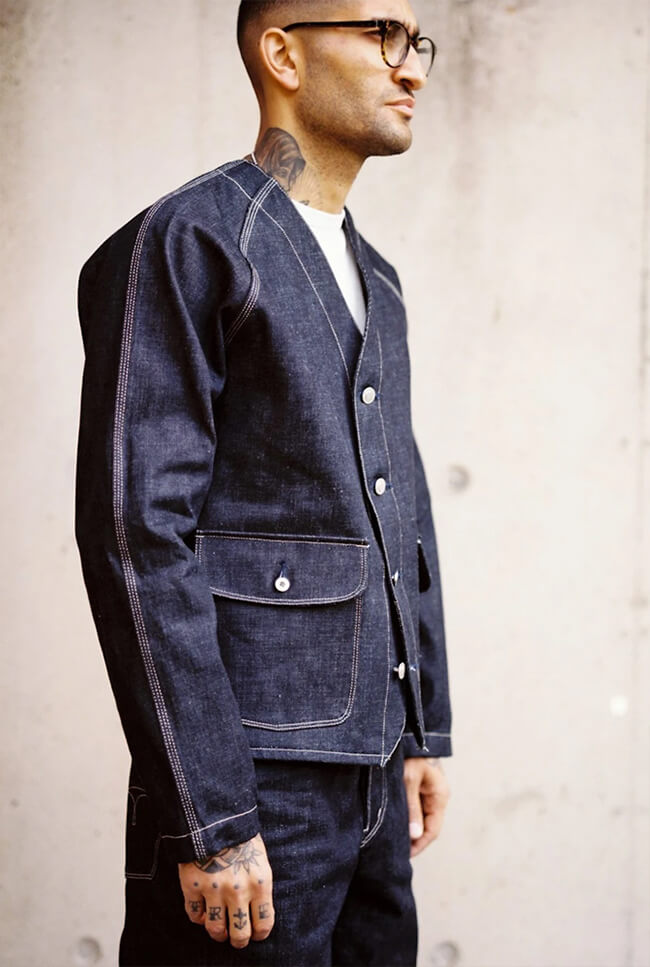 British denim isn’t just about jeans. Based on the Southern coast in a workshop in Hove, Dawson breathes new life into time-tested items. The label’s sleek, minimal take on a 1920s Engineer jacket is just as stylish now as it was a century ago. 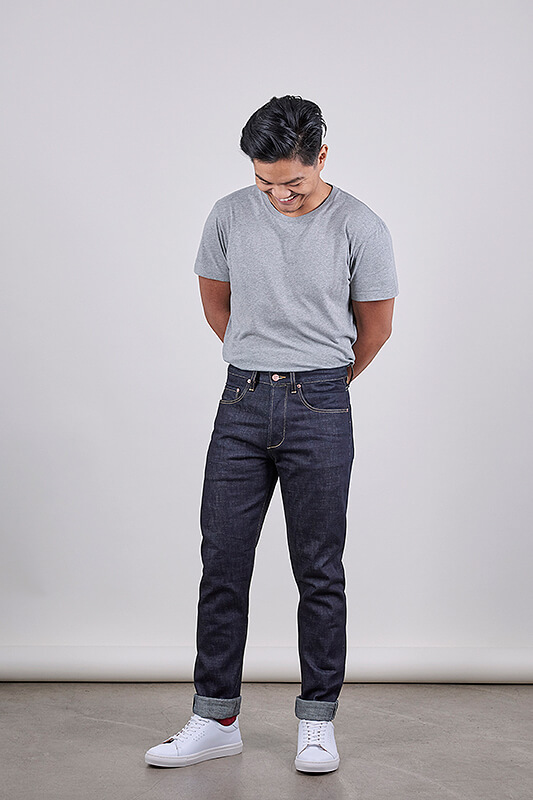 Blackhorse Lane Ateliers’ slim tapered jeans are crafted from smart, 15.5oz raw selvedge denim woven by Isko Mills in Turkey and cut with a slightly higher rise that hits just above the hipbone, making them perfect for men who prefer their T-shirts tucked. 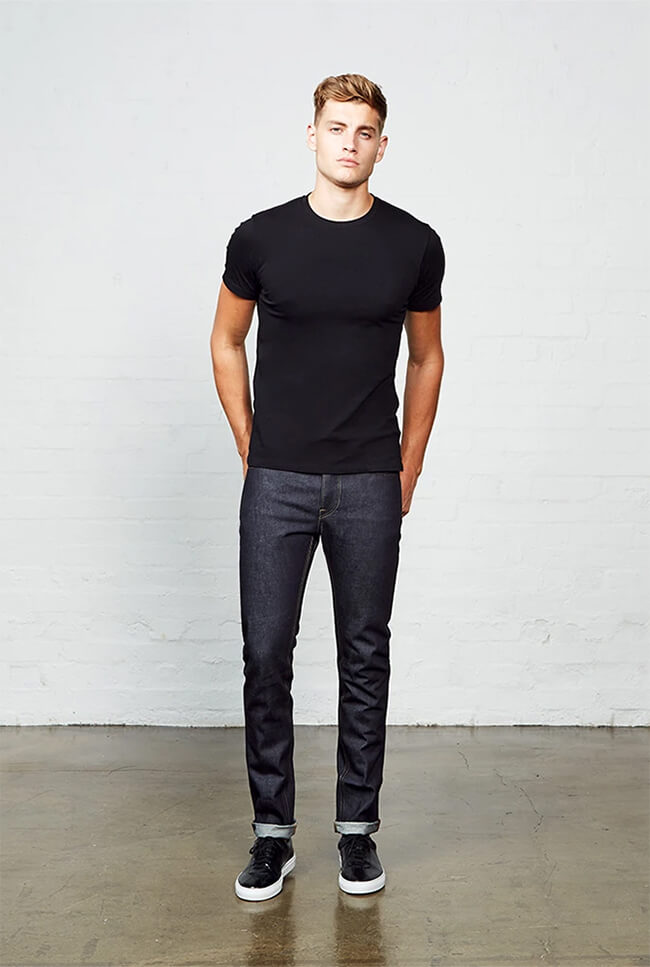 Set up to bring manufacturing back to the small town of Cardigan in Wales after its jeans factory closed in the early 2000s, Huit now makes denim that’s finished with trademark red owl rivets. We particularly like the skinny-not-skin-tight silhouette.