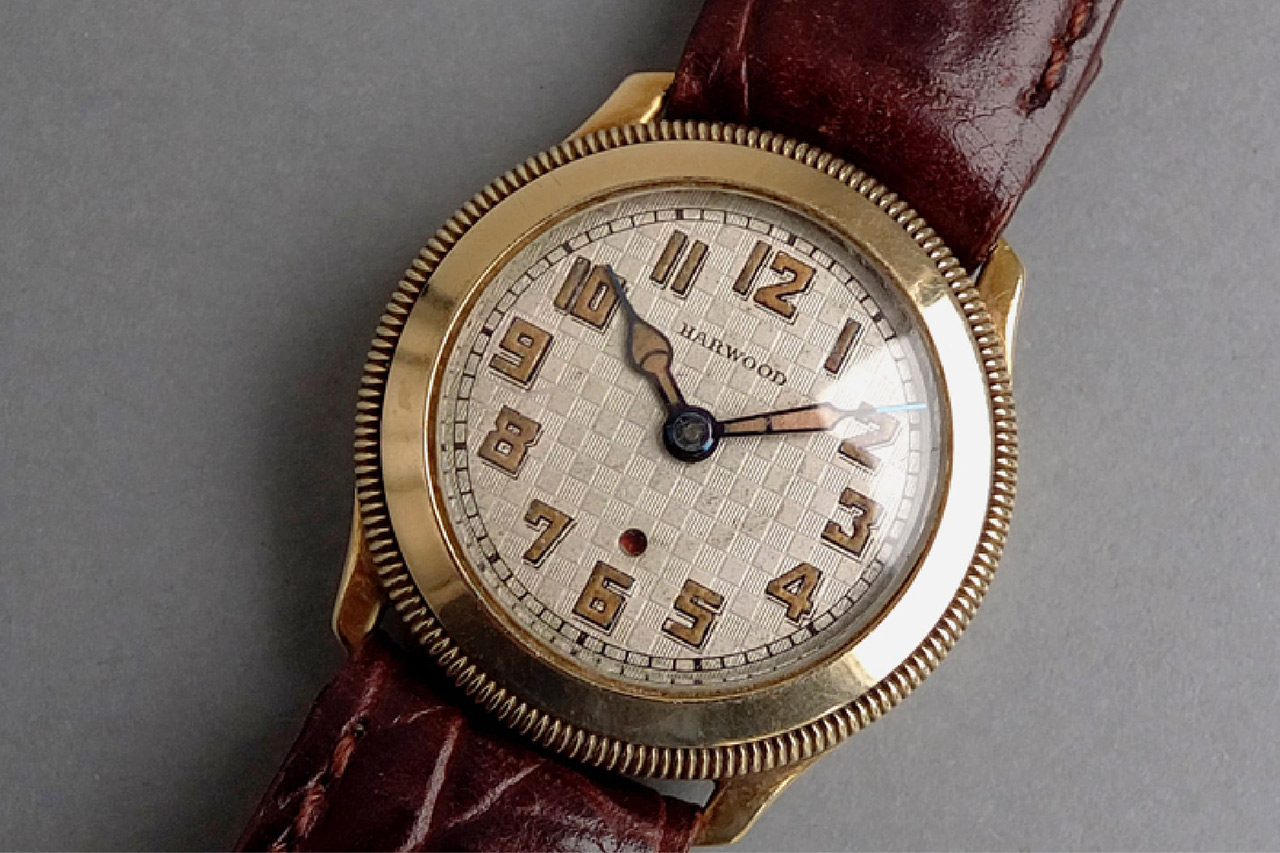 There are a lot of firsts in the watch industry. Seriously, every year sees a slew of ever-more-niche ‘world firsts’ ranging from things as facile as never-before-seen material combinations to esoteric complications stacked on one another into a haute horology puzzle box. Both can be impressive; neither are likely to make their mark on the history of watchmaking any time soon.

In fact, while ‘firsts’ abound, genuinely impactful inventions don’t happen all that often. There just isn’t that much to improve on, at least as far as modern watchmakers understand. So, we thought we’d take a look at one of the most genuinely important firsts in horological history: the first automatic wristwatch.

Most modern watches are automatic. If you’re reading this you likely know what that means, so I’ll be brief: it’s a type of watch movement that doesn’t require winding. You can use the crown to wind them, but they’ll get most of their energy by a rotor (or similar) winding system that coils the mainspring as you wear the watch. It’s an incredibly elegant system and one that we’ve come to take for granted, to the point where a manual-wind is considered charmingly archaic. So where did it come from? 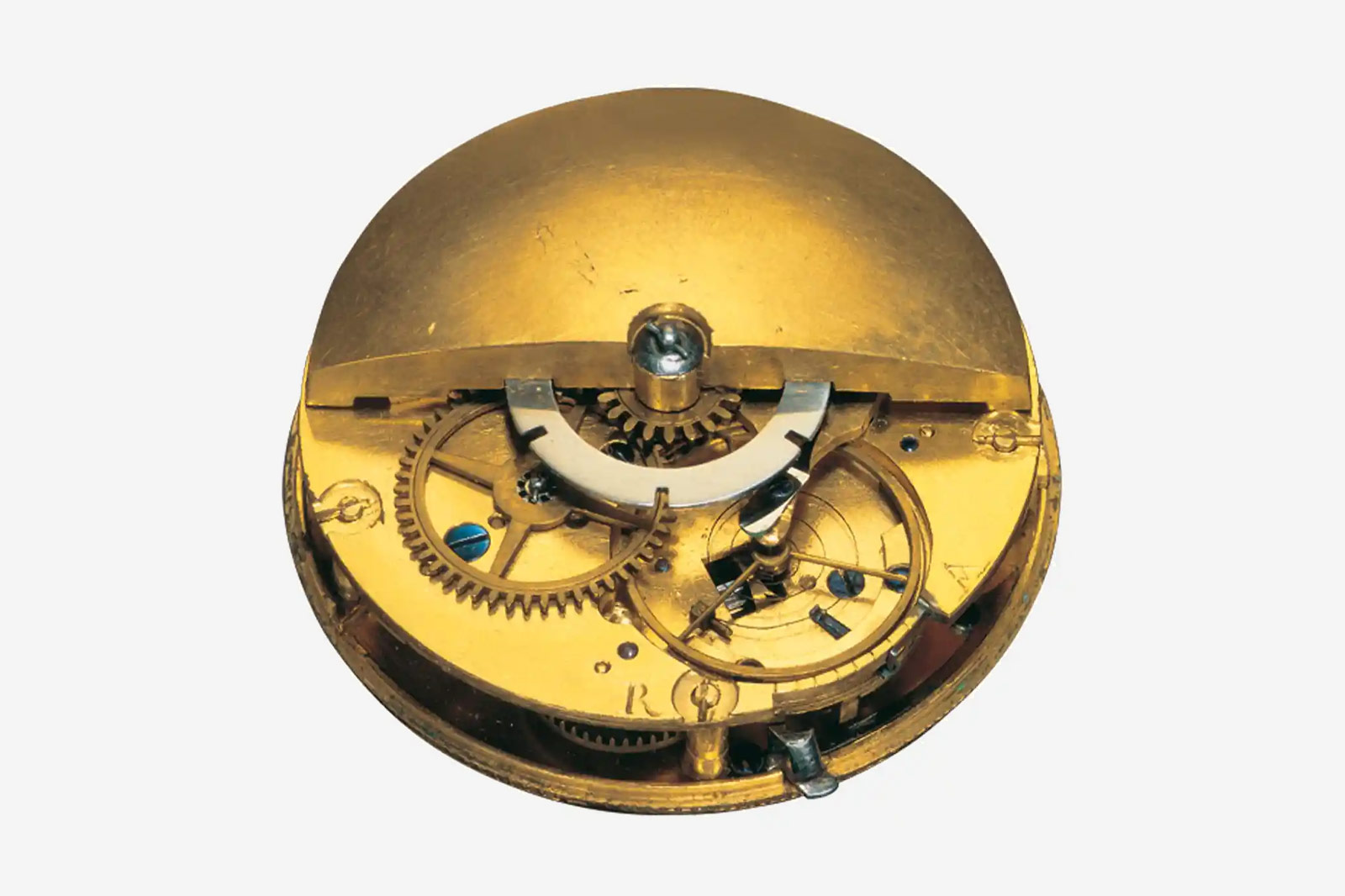 There are two answers (and a lot of dates) to that. The first ever self-winding mechanism is attributed to Abraham-Louis Perrelet back in 1777. It was genuinely the first of its kind, a movement that from one starting impulse, would continue to run indefinitely using a barrel remontoire. In theory.

The problem was that it was built for pocket watches (those, incidentally by another famous watchmaking Abraham-Louis) which tended to remain static in a pocket most of the time. This meant that the movement didn’t always get enough energy to keep it going. Throw in the fact that it was expensive to make and it’s obvious why it never really took off.

By the 1800s in fact, Perrelet’s automatic movement just wasn’t being used by most pocket watch fancying dandies, and it wouldn’t be for over a century before a similar concept would emerge – here in our very isles. The Isle of Man, to be precise. Apparently that’s where all our legendary watchmaking talent ends up. 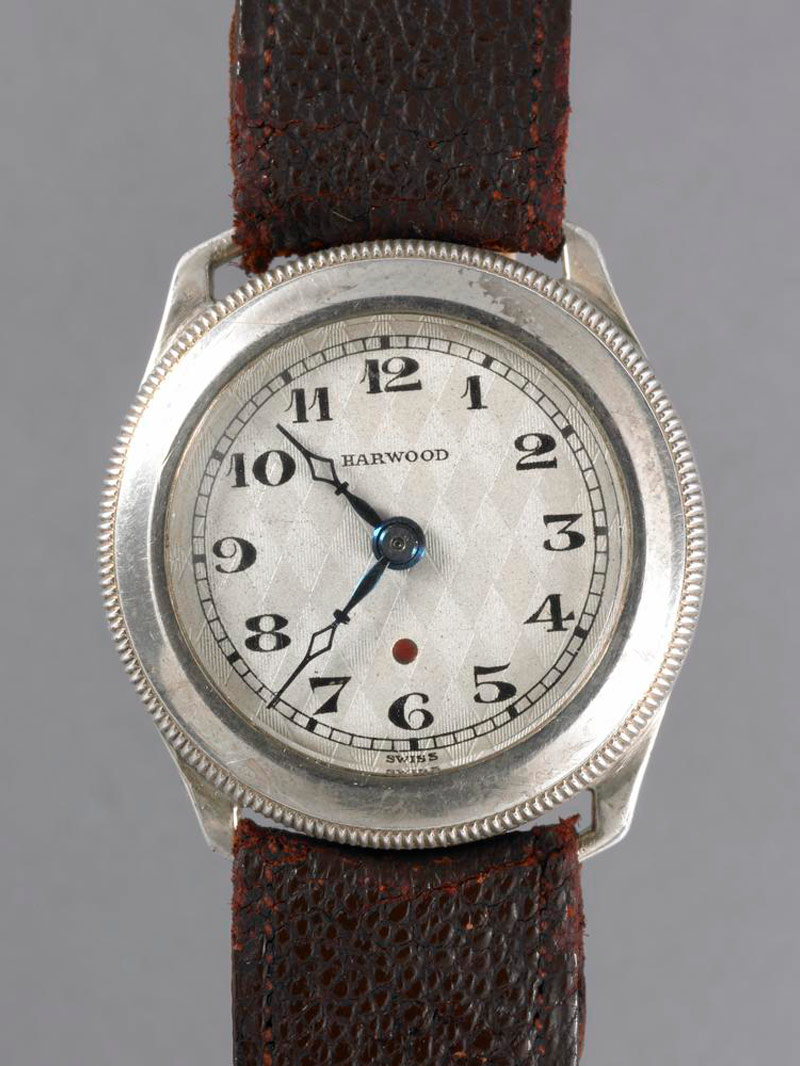 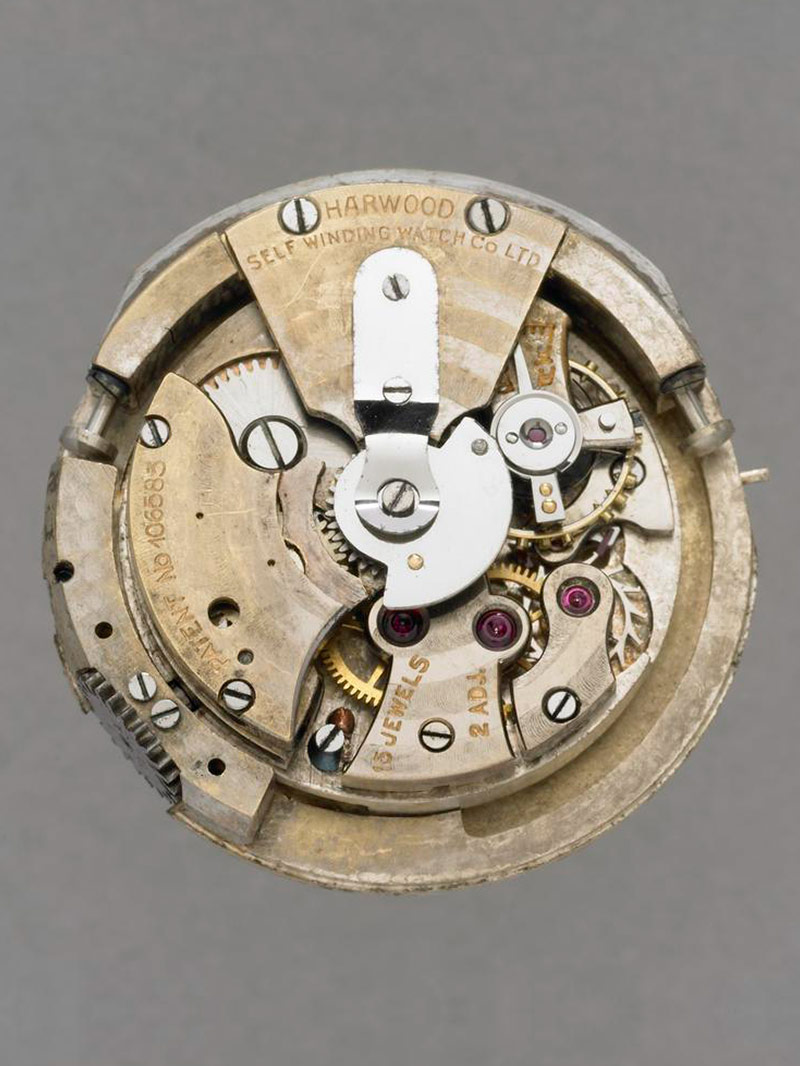 The self-winding movement as we know it was built by John Harwood in 1922. In the search for a way to power his watch, he noticed children playing on a seesaw and, in a moment of innovative genius, applied the concept to winding.

This is the winding rotor that’s become an integral part of modern watchmaking. In Harwood’s own terms, it used “a pivoted oscillating weight that moved to and from through an arc of 270° hitting buffer springs on both sides”. The British watchmaker experimented with a proof-of-concept pocket watch before heading to Switzerland and subsequently getting the patent for a self-winding wristwatch in 1924.

Two years later, the movement was mass-produced by FORTIS in a watch dubbed, fittingly, the HARWOOD Automatic, and in 1928 Harwood set up his own company to produce the design. Funnily enough, he also designed the first watch winder, to prove that his watches worked. Then Rolex came onto the scene. 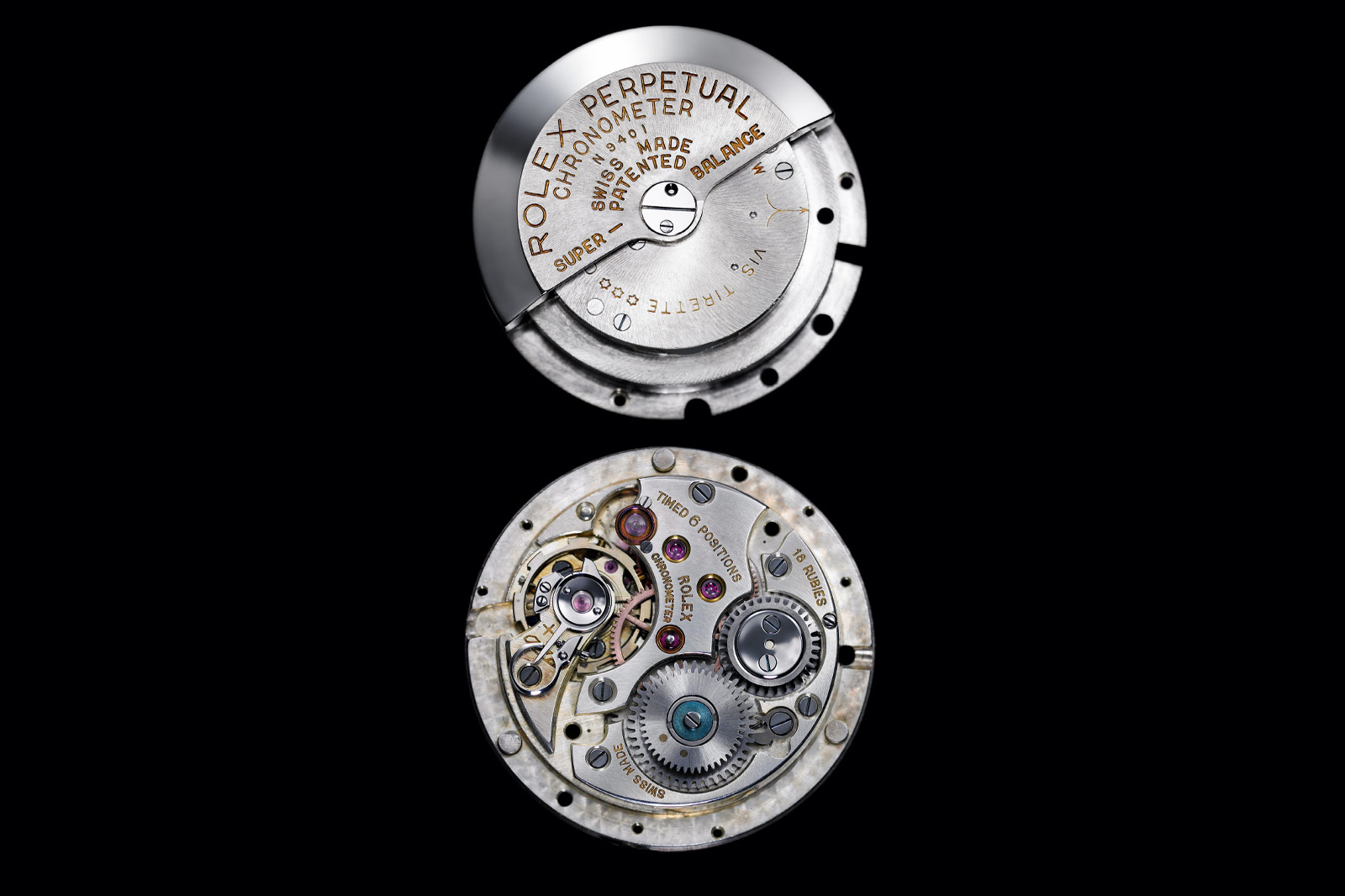 In 1931, Rolex released a superior, 360°-winding mechanism in the Oyster Perpetual. This was essentially the automatic movement in its final form, with tweaks between now and then. It’s largely why Rolex sometimes get the credit for the first self-winding calibres – credit that at the time they took, sparking disagreements in the watch world. Theirs was better for sure, but in 1956 Rolex apologised for taking the credit, giving Harwood full credit. 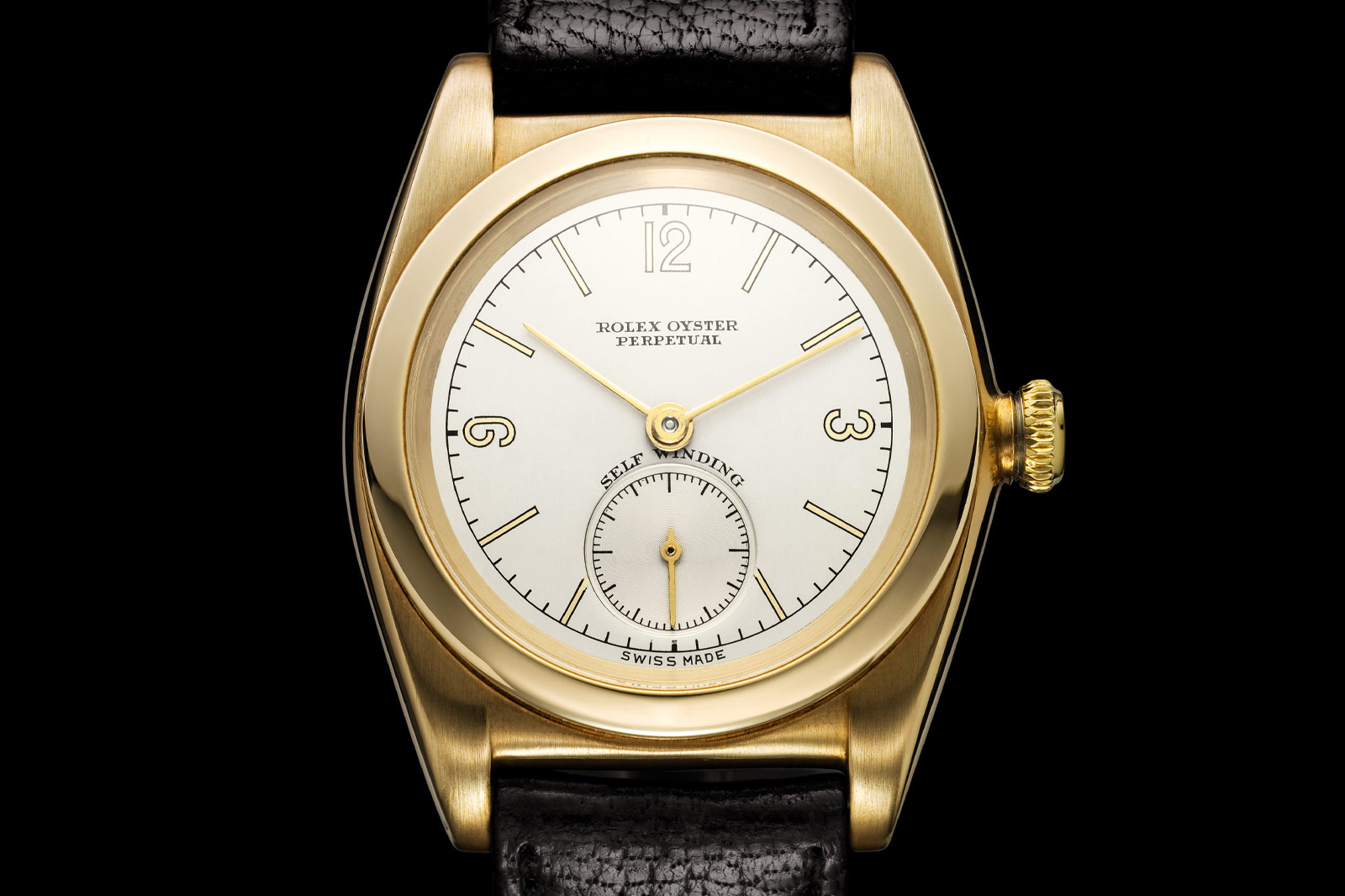 Since then there have been a few variations on the self-winding watch, such as IWC’s Pellaton system, but on the whole it’s the same as Harwood’s initial designs, with Rolex’s rotor. Abraham-Louis Perrelet’s pocket watch version is still historically relevant and laid the groundwork for the concept, but when it comes to who created the first, proper automatic movement, it’s generally laid at Harwood’s feet.

See? We got there eventually.