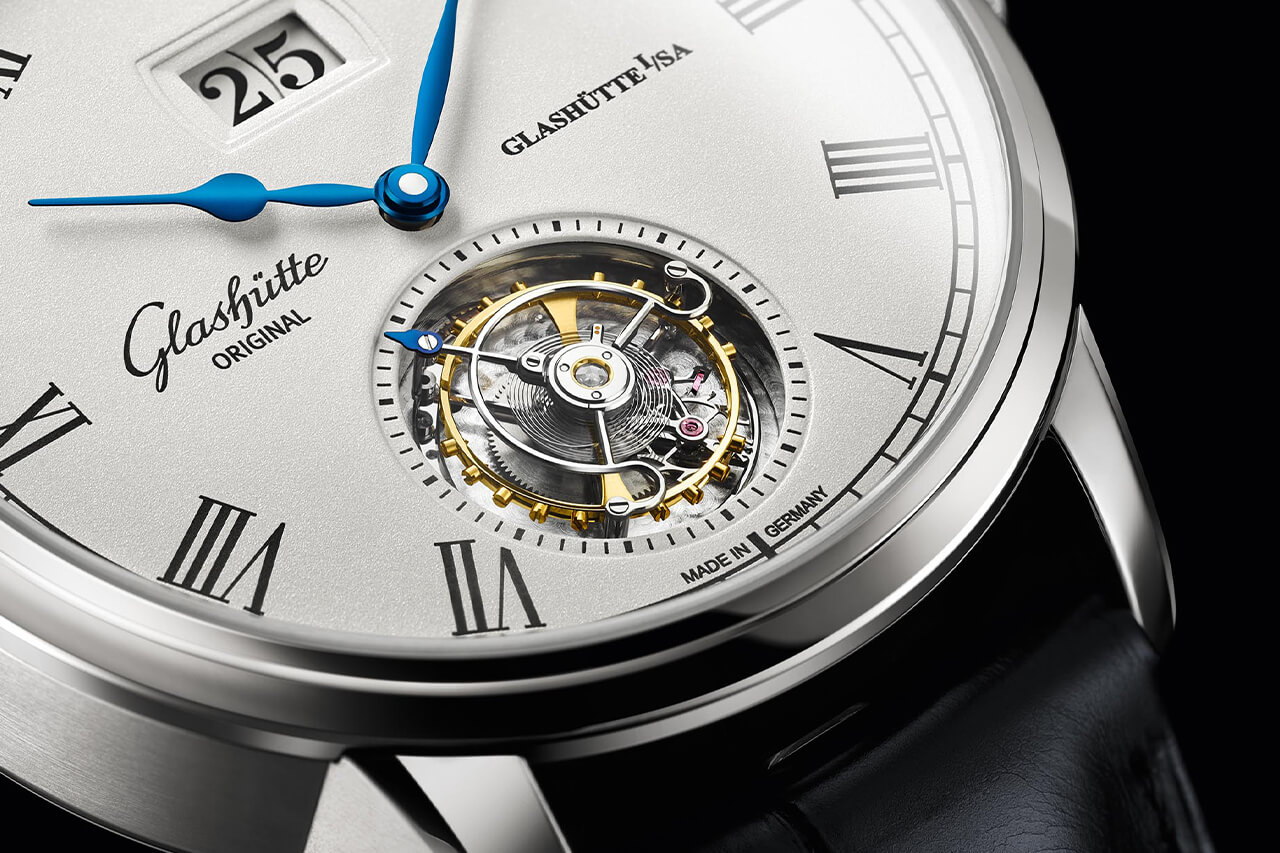 There are two things that every would-be watch expert knows about the not-so-humble tourbillon. Firstly, they’ll sagely explain that the mechanism offsets the effects of gravity on a watch movement. Secondly, when pressed for something more, they’ll hazard that it was invented by Swiss watchmaker to the French court, Abraham Louis Breguet. If they’re confident, they may even cite 1795 as the date it was created.

Now, even setting aside the issue that those facts are often disputed among watchmakers and die-hard horological historians (nothing I’m going to get into now), Breguet – and by extension Swiss watchmaking – get all the credit. He’s synonymous with anything that revolves a balance. Not to do the man a disservice, but just as not every industrial sports luxe timepiece was designed by Gerald Genta, not all tourbillons are by Breuget. Or are even Swiss. 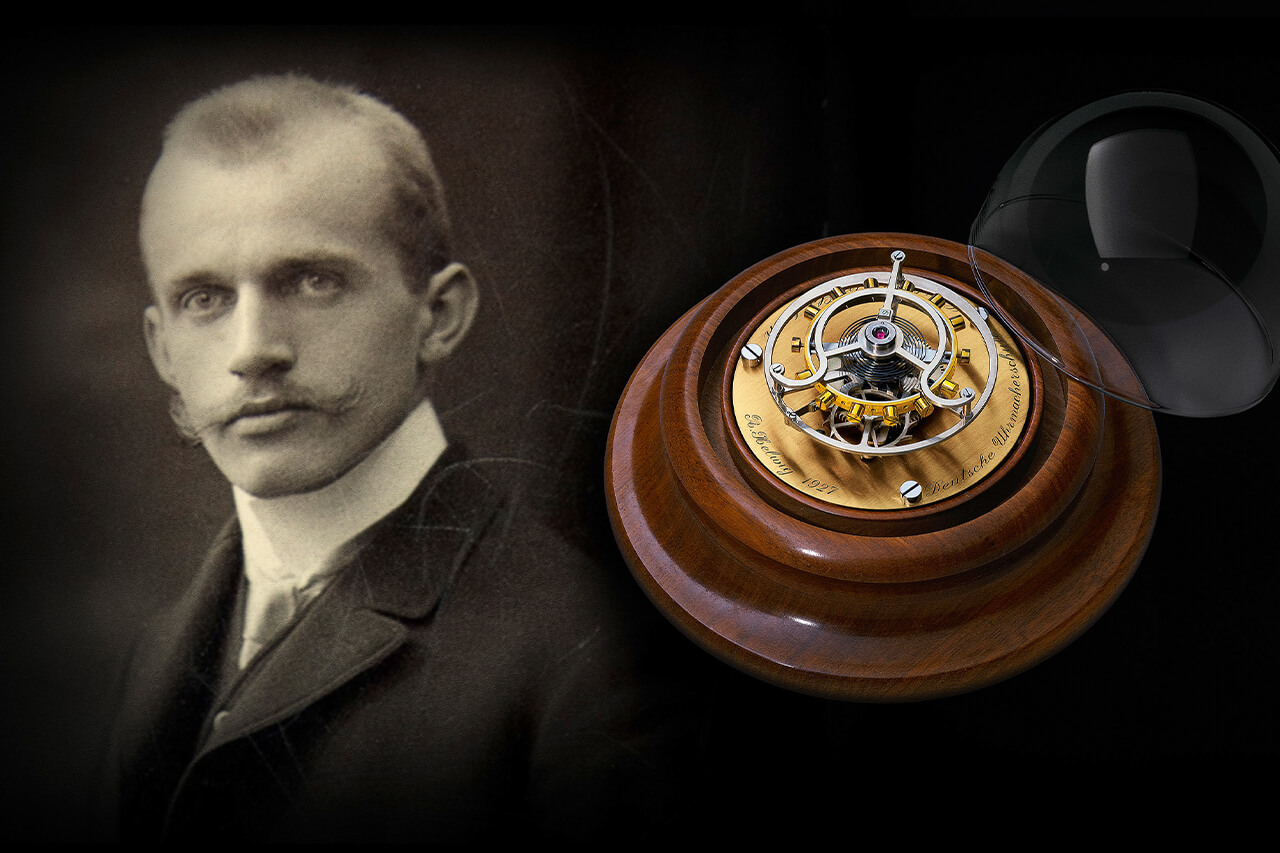 Take the flying tourbillon for example. It’s one of the more refined takes on the idea, where the tourbillon cage is only suspended from below so that it appears to be floating in the movement. It doesn’t matter a jot on the workings of the movement, but it does make it look a lot more impressive. It was also invented in 1920, by a German: Herr Alfred Helwig who, of course, hailed from the painfully pretty watchmaking region of Glashütte.

It’s a name that you might not have come across before, which is a bit of a travesty. He wasn’t just an innovative watchmaker but a teacher, too, one whose technical books are still used in training today. Indeed, it was a partnership between him and his students that led to the original Flying Tourbillon. 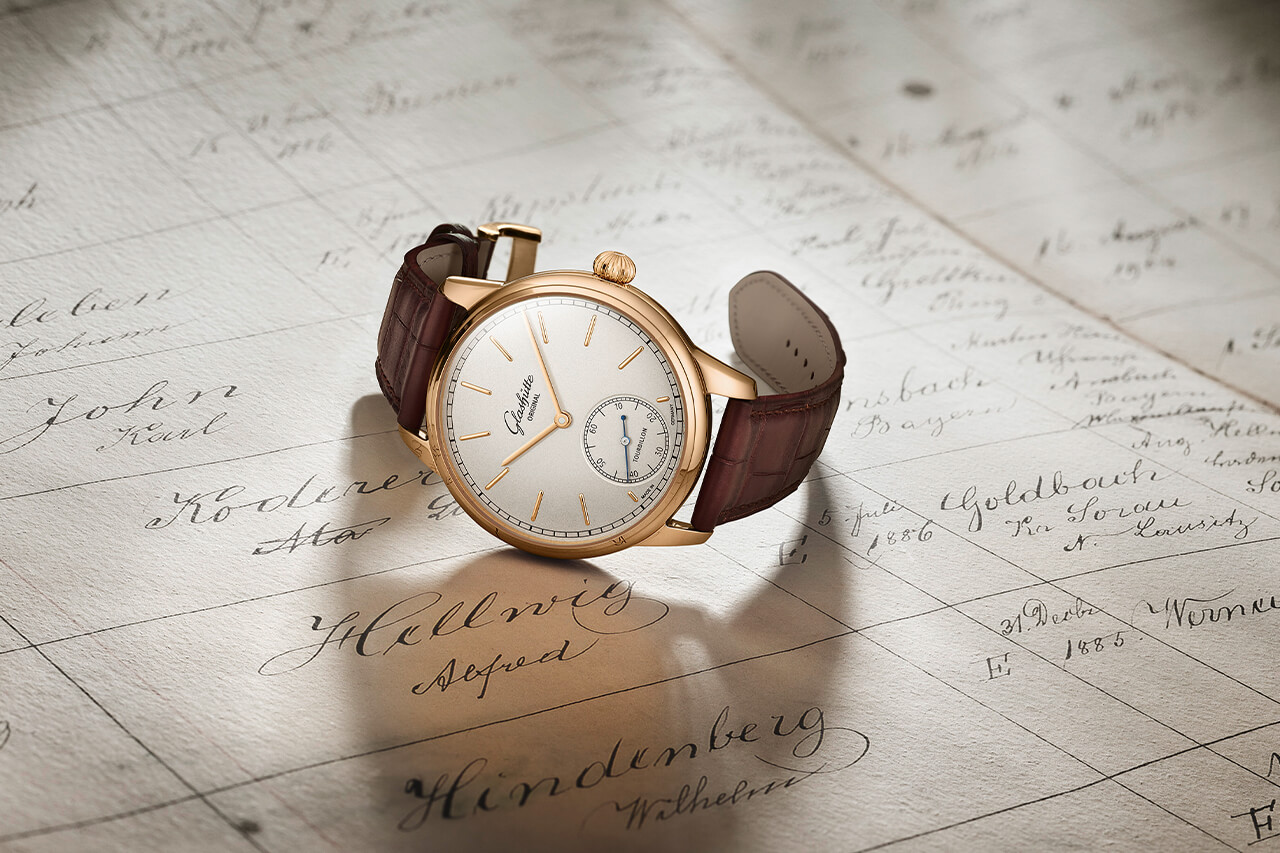 A century on and the Helwig’s legacy is alive and well in the aptly-named Glashütte Original. Arguably the most traditional manufacturer in the town (which counts the likes of A. Lange & Sohne among its residents), Glashütte Original very directly traces its designs and methodology back to the likes of Julius Assmann, Herrmann Goertz and, of course, Helwig. They’ve made that especially clear this year with a phenomenal tribute to the first centennial of the flying tourbillon: the Alfred Helwig Tourbillon 1920 Limited Edition timepiece. 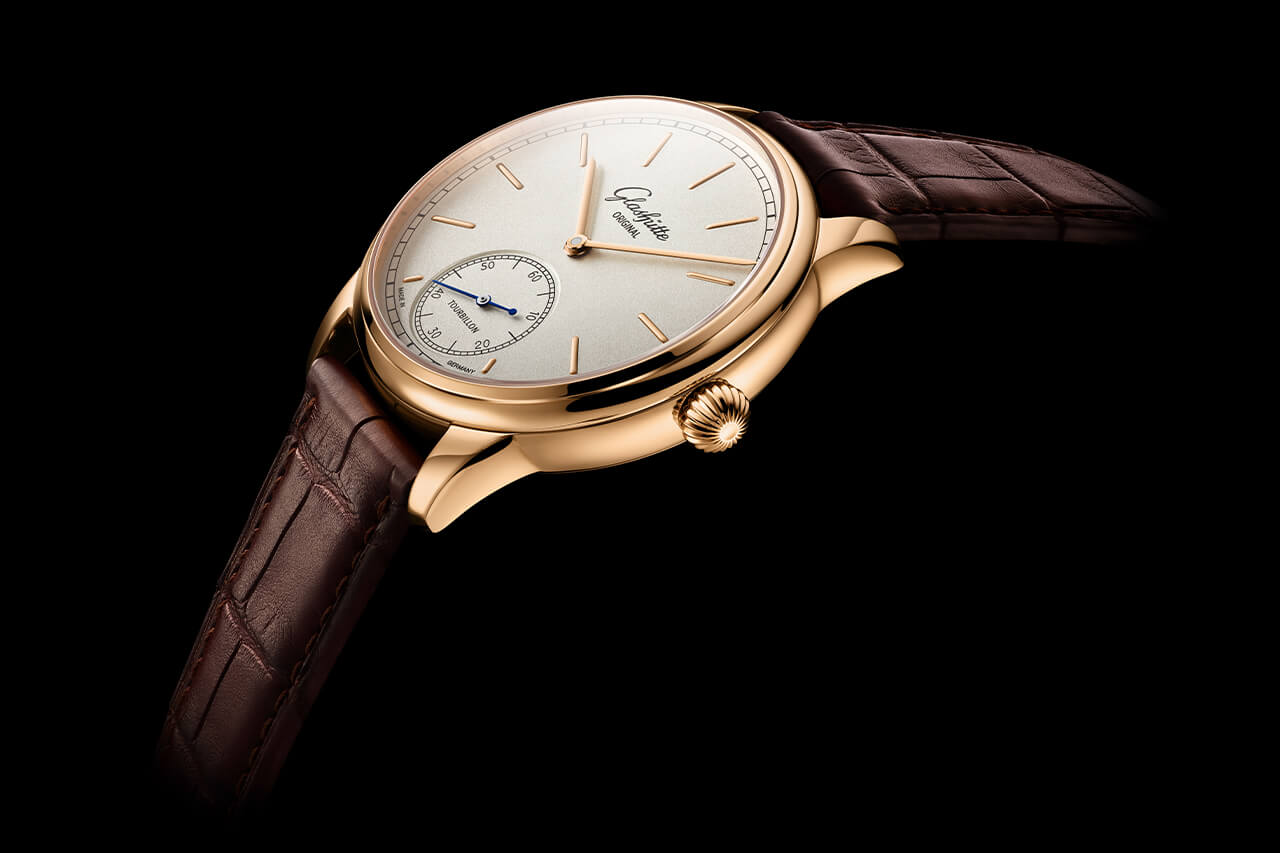 The Helwig Tourbillon is about as classical as a watch can get. The solid gold dial has been lavishly hand finished with a fine layer of silver with elegant gold baton indexes, interrupted by nothing but a subdial complete with a thermally blued hand. Even the fluted crown is pure classicism, beyond the realm of vintage and well into antiques.

Yet there’s one thing very obviously missing from the dial: the tourbillon. Pretty much every watch that makes a big deal about the complication puts it front and centre, showing clearly on the most visible part of the dial. Here though, it’s hidden around the back. 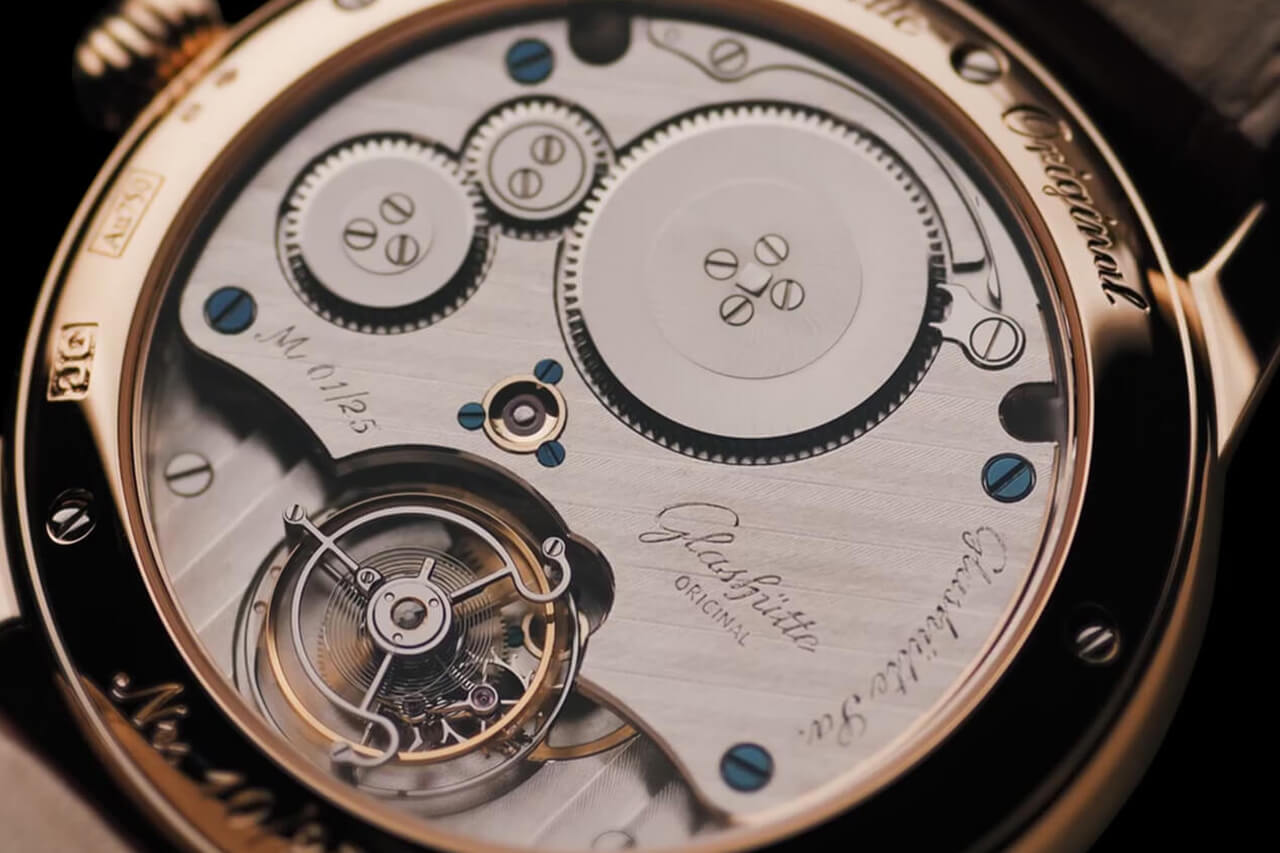 The reason is authenticity; it’s not just the style that harks back to 1920, but the layout, too. On the back, along with the elements typical of Glashütte watchmaking – namely the three-quarter plate and dust-collecting Glashütte stripes – is the tourbillon. This is where Helwig would have placed it, back when tourbillons were more about accuracy and reliability than pomp and prestige.

All in all, the Tourbillon 1920 lives up to its name as a faithful homage to Alfred Helwig’s work, though there have been some improvements in the past century. For one, the barrel now guarantees a power reserve of 100 hours and the parts are able to be produced with more consistency and precision than in the past. In short, the movement’s authentic in taste, contemporary in execution. 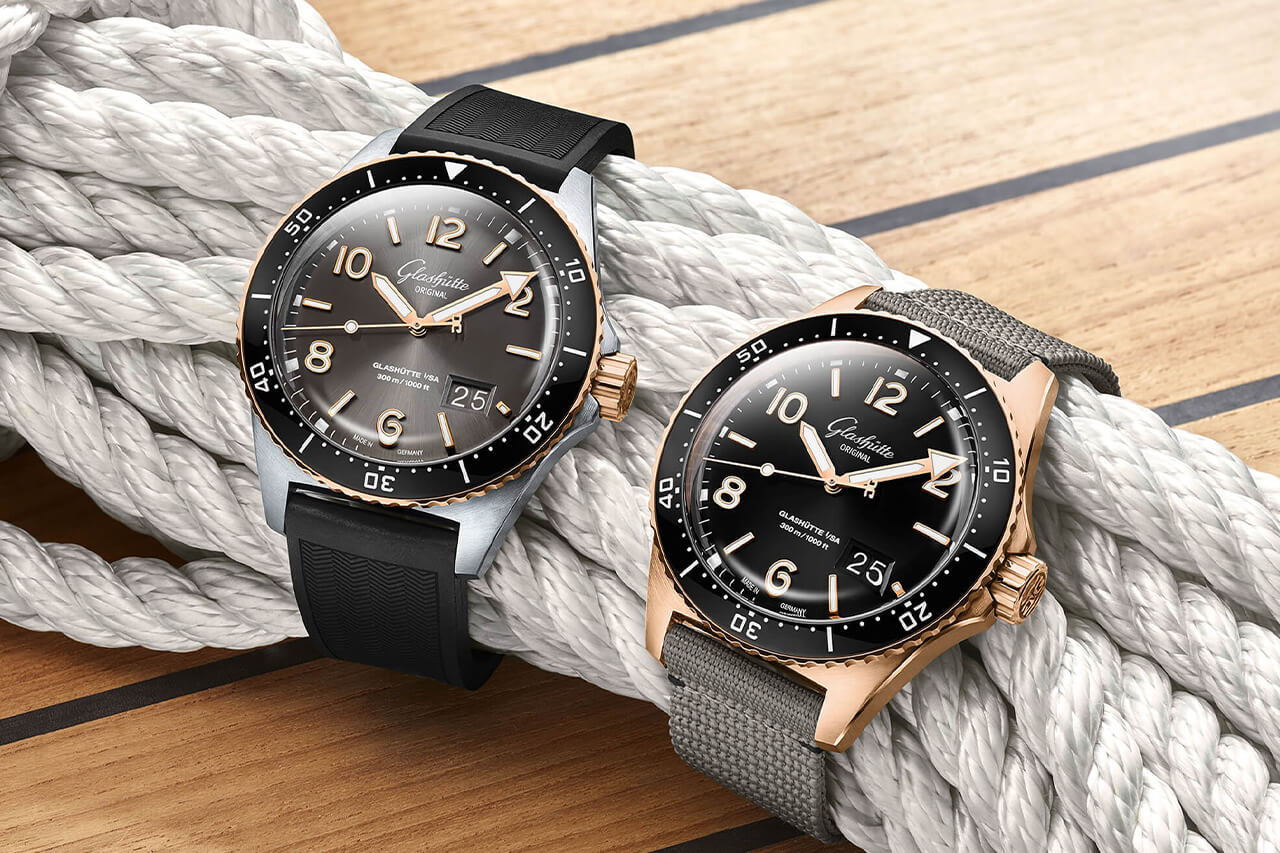 So far, so old school; but in recent years Glashütte has expanded beyond the kind of pure traditional style the Helwig Tourbillon exemplifies. In fact, using that same idea of bringing past and present together, they’ve built some of the coolest retro pieces to hit the current throwback zeitgeist in the form of the Spezialist SeaQ collection.

Based on an archival design from the late 60s and early 70s, when it came out last year the SeaQ was a surprise. A good one, for sure, but unexpected all the same. It was a return for the brand to the world of diving watches and, more than that, was incredibly cool, and in a far more wearable way than the brand’s funky Sixties editions. 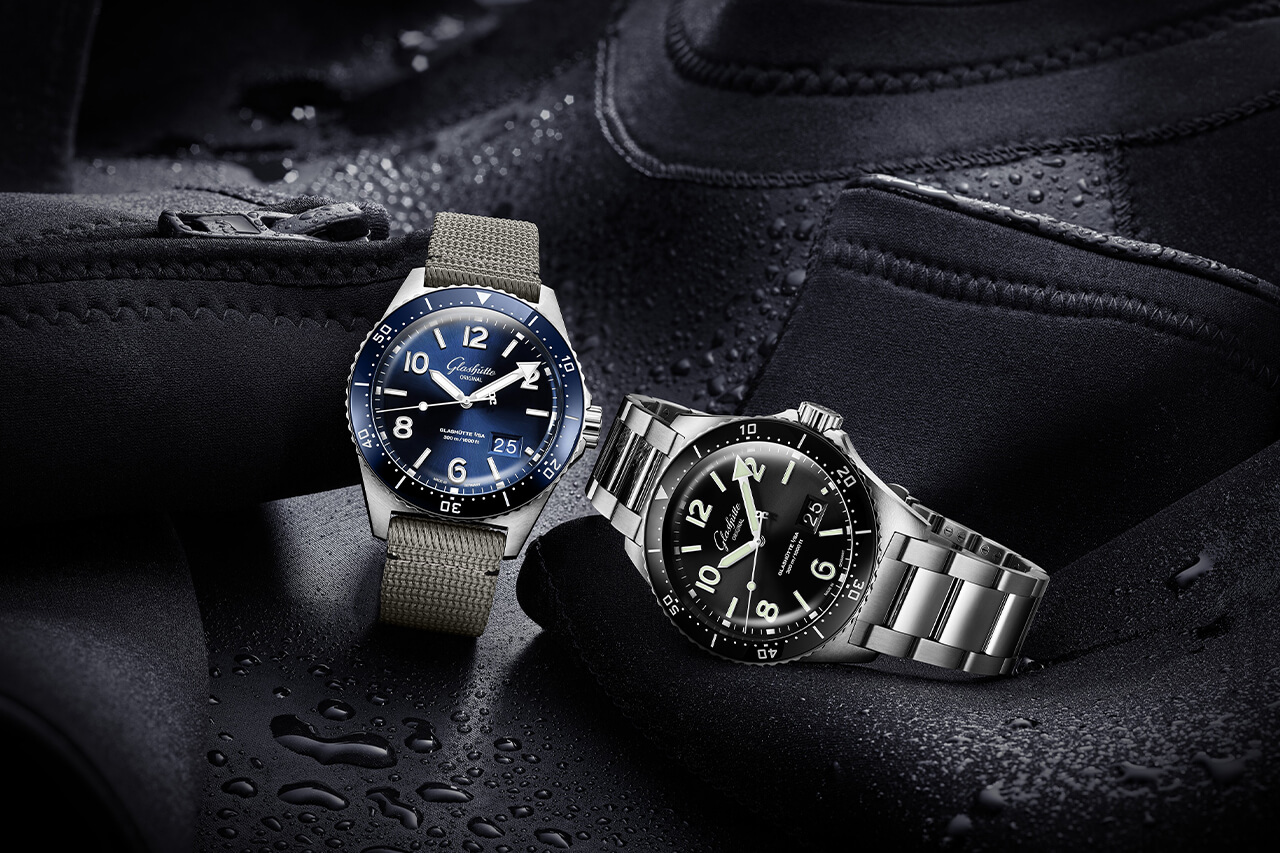 It was a practical, versatile watch that since has had a few necessary additions to the collection, including our cover star for this issue, the SeaQ Panorama Date. The watch comes in a number of variations, whether that’s with the Galvanic blue dial or the bi-colour versions that typify 70s style.

Both versions house the Calibre 39-11, which is a far more practical movement than a flying tourbillon, but no less typical of the region’s watchmaking, again with the three-quarter plate and Glashütte stripes throughout. In fact, it’s as authentically German, if not as traditional, as the Helwig limited edition. It just goes about it in a different way. 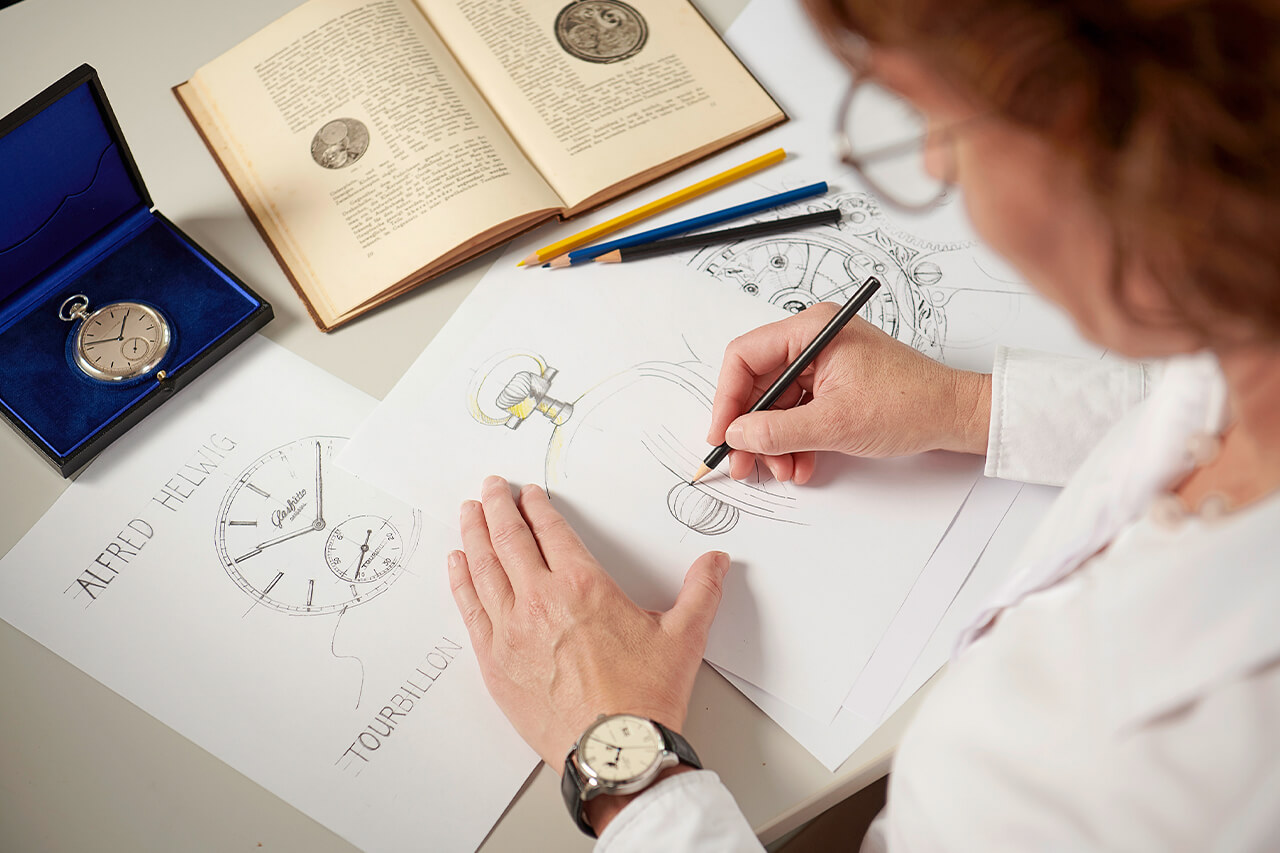 In short, it doesn’t matter whether it’s the 1920s, the 1970s or anywhere in-between, as long as it’s authentic to the roots of German watchmaking past and present, it has a place in Glashütte Original’s collection. In the race between watchmakers to plumb the depths of their archives, it looks like GO has one major advantage; they have the entire history of Saxon watchmaking to draw from.