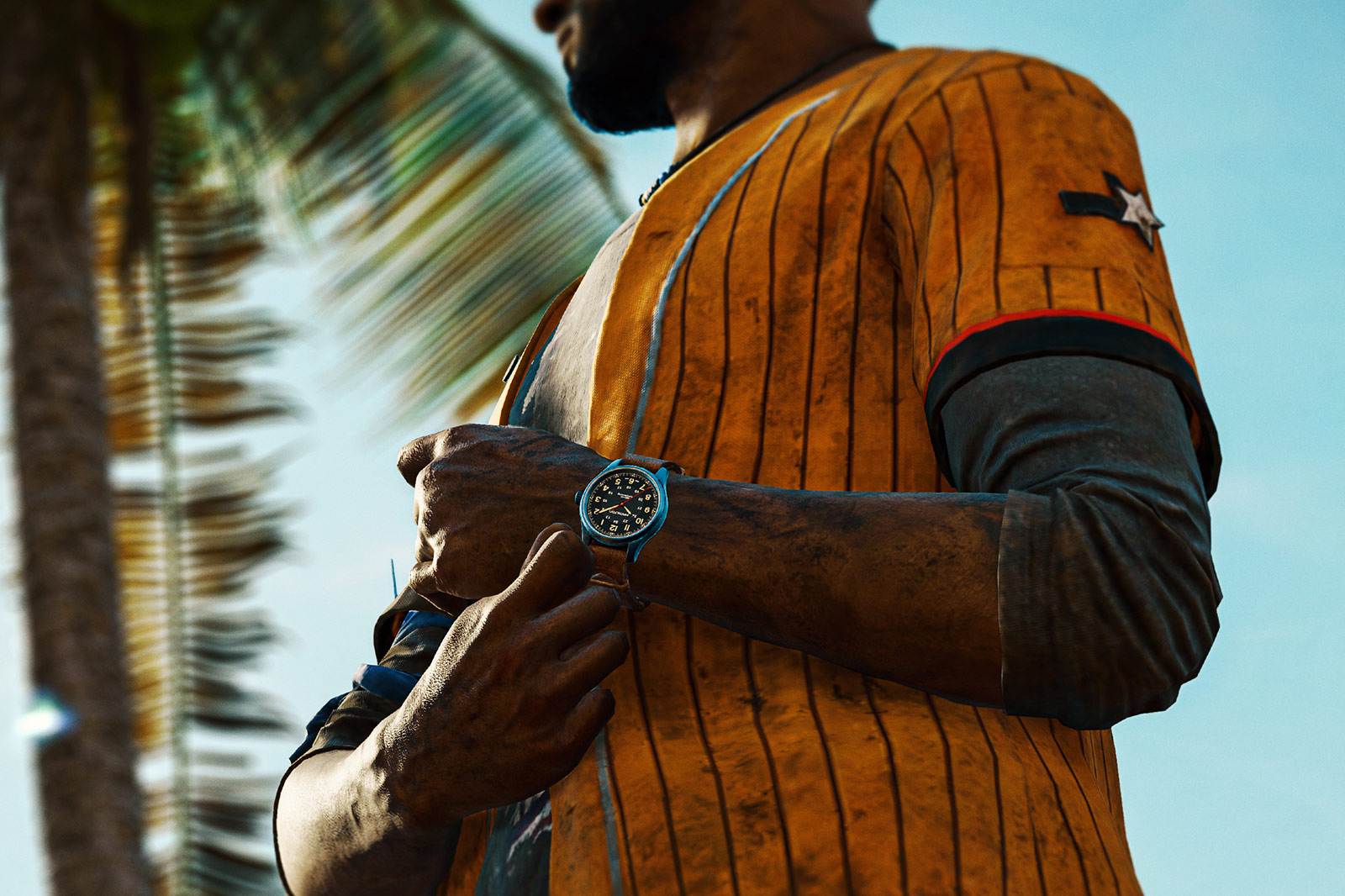 Video game watches aren’t a new concept, when there are characters like Mario and Pikachu around, it was inevitable they’d find their way onto timepieces eventually, like the Tag Heuer Mario Connected Watch. And as video game graphics improve, it’s not unreasonable to come across a digital render of a real watch inside a game. But the Hamilton Khaki Field Titanium is the first time I’ve heard of a watch that was designed simultaneously in game and in real life (IRL). And as a self-professed nerd, I had to take a closer look.

The game in question is Ubisoft’s Far Cry® 6, the latest instalment in the triple-A series. The first-person shooter sees players take control of Dani Rojas as they try to liberate the fictional Caribbean Island of Yara. During the course of the adventure, you’ll encounter the cruel dictator Antón Castillo (voiced by Giancarlo Esposito) and there is one item that will be crucial to defeating him. 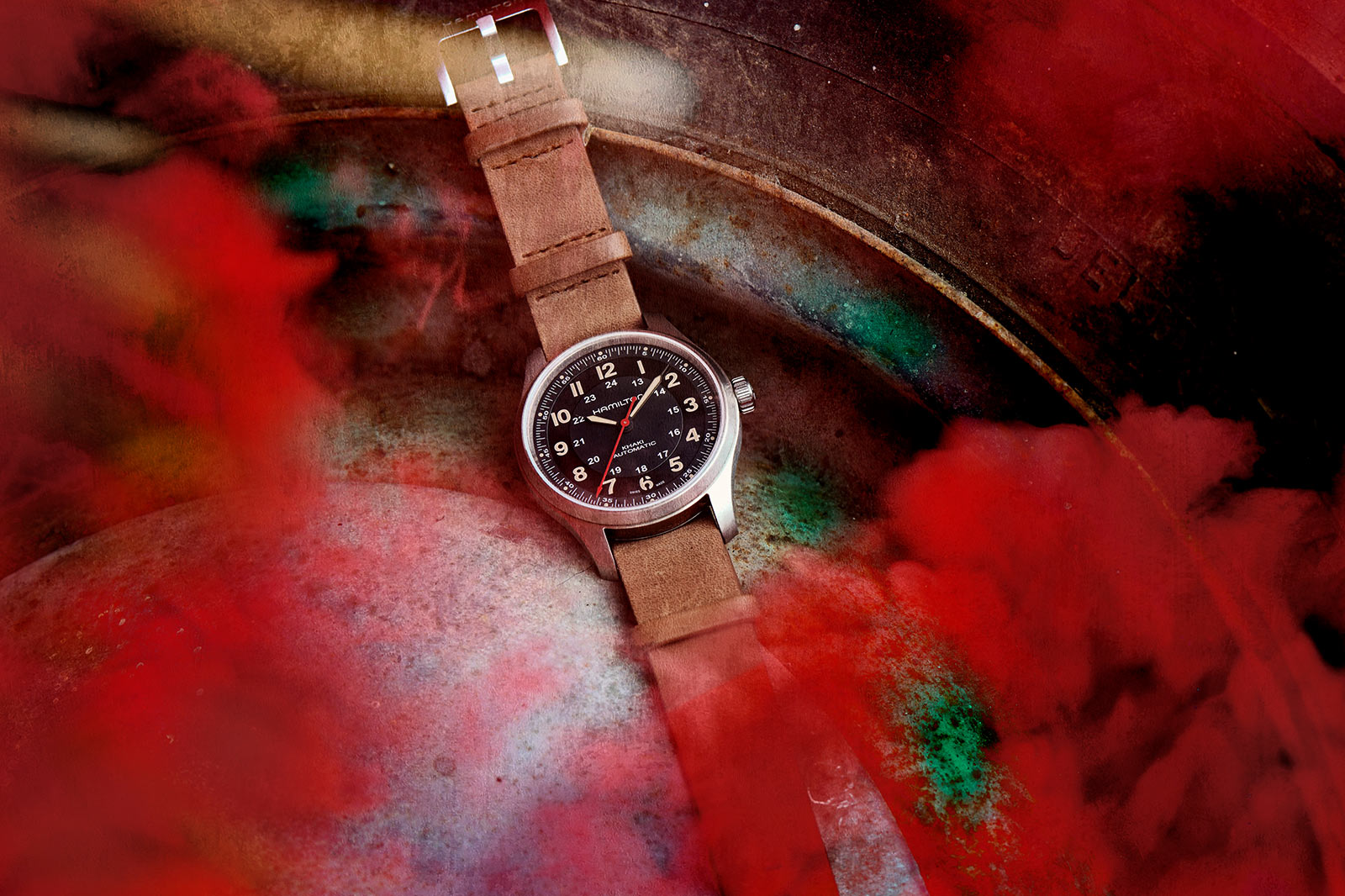 The in game Hamilton Field Khaki Titanium boosts your defence stats while sprinting, enabling you to dance around the battlefield with greater impunity as you take down your foes and Castillo. It’s undeniably cool and it’s nice that the artefact is embedded into the backstory of the setting and not simply a cosmetic option. But does it work as an actual IRL watch?

Well, yes. Because the Hamilton Field Khaki is a well established design and this limited edition version changes very little of the formula. The major feature is that the 42mm case is made from lightweight and corrosion resistant titanium, the perfect material for a harsh battle zone environment. 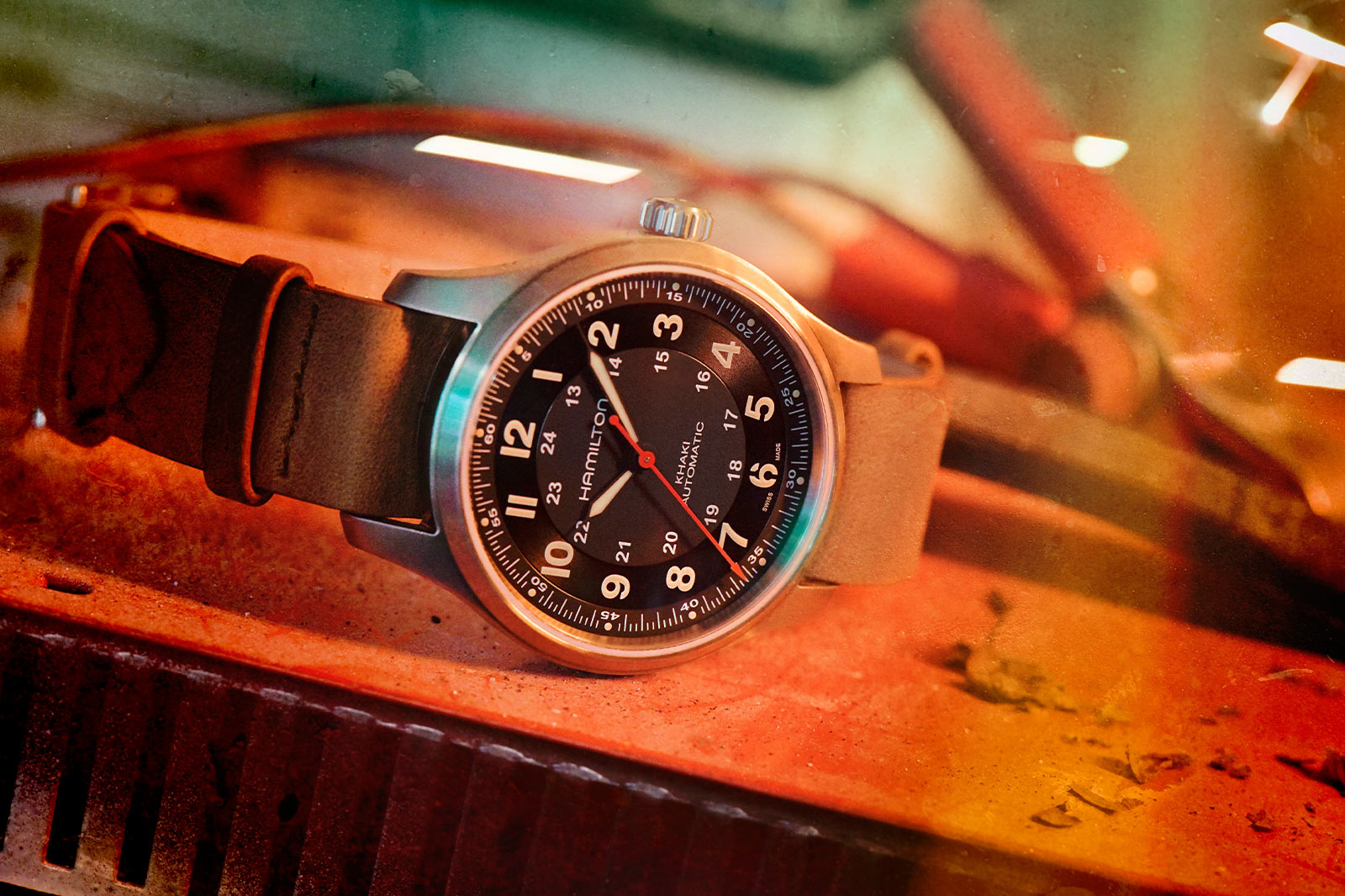 Its dial is made from black vinyl with a shiny ring around the Arabic numerals and a matte finish central disc with 24-hour scale. The only hint to its video game pedigree is the split 6 symbol, an homage to the typography of the game’s logo. And the only other hint to be found on the entire watch is the ‘Limited Edition 1983 Pieces’ engraving on the periphery of the sapphire display caseback, referencing part of the game’s story set in 1983.

In keeping with field watches’ typically minimalist aesthetics, the hands are simple with the only deviation from the majority of Field Khakis being the red seconds hand, which adds a nice pop to the display. If you didn’t know that this is a limited edition video game tie in, you’d think it was just a cool titanium version and honestly that’s no bad thing. It’s interesting to see game memorabilia treated seriously and with realism for once. 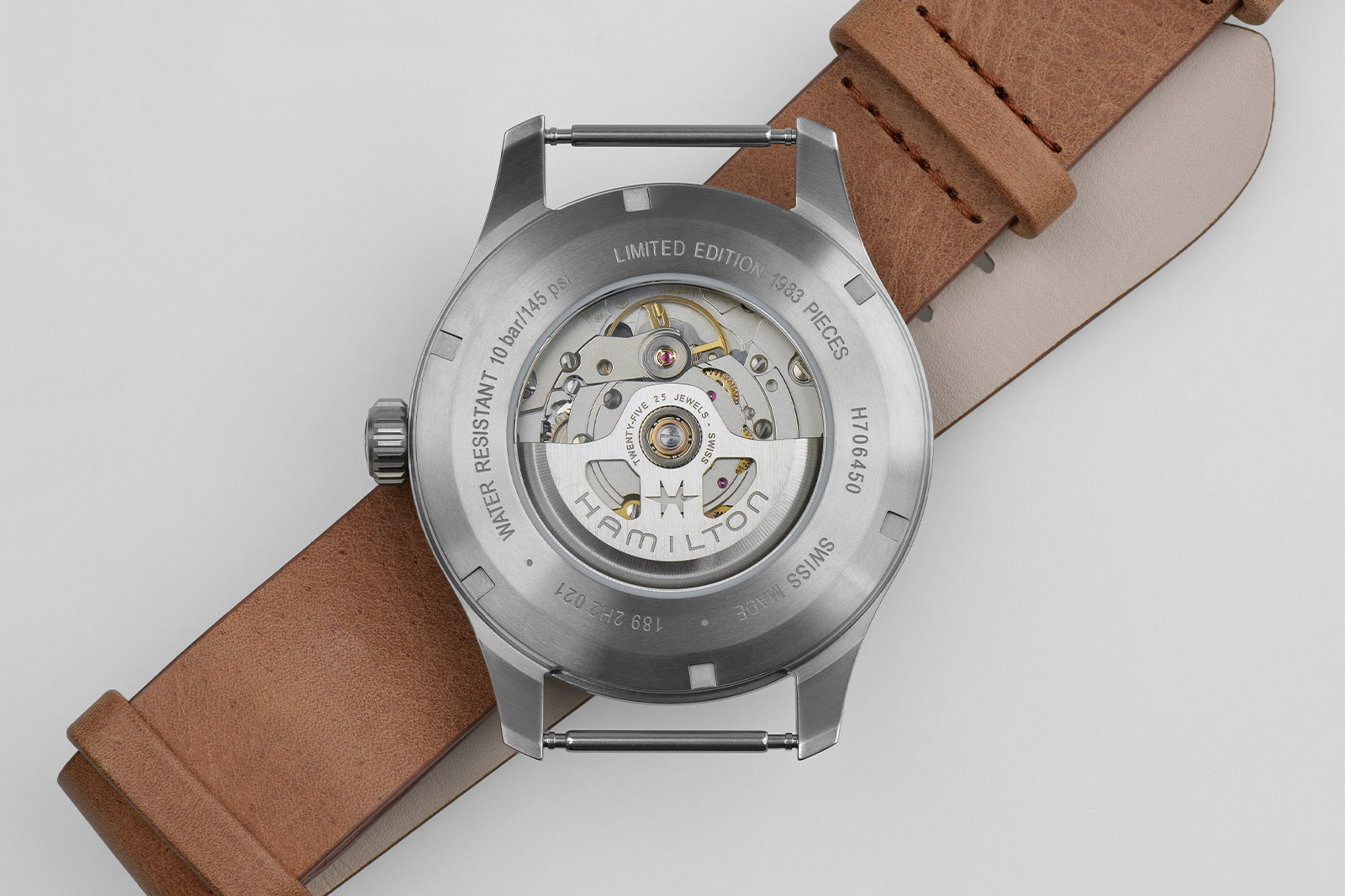 And speaking of taking things seriously, the calibre inside this watch is a serious bit of kit. The H-10 automatic movement has an 80-hour power reserve so you can have a nice break between adventures without any worry of it winding down. It also has a skeletonised rotor so it looks great through the caseback. 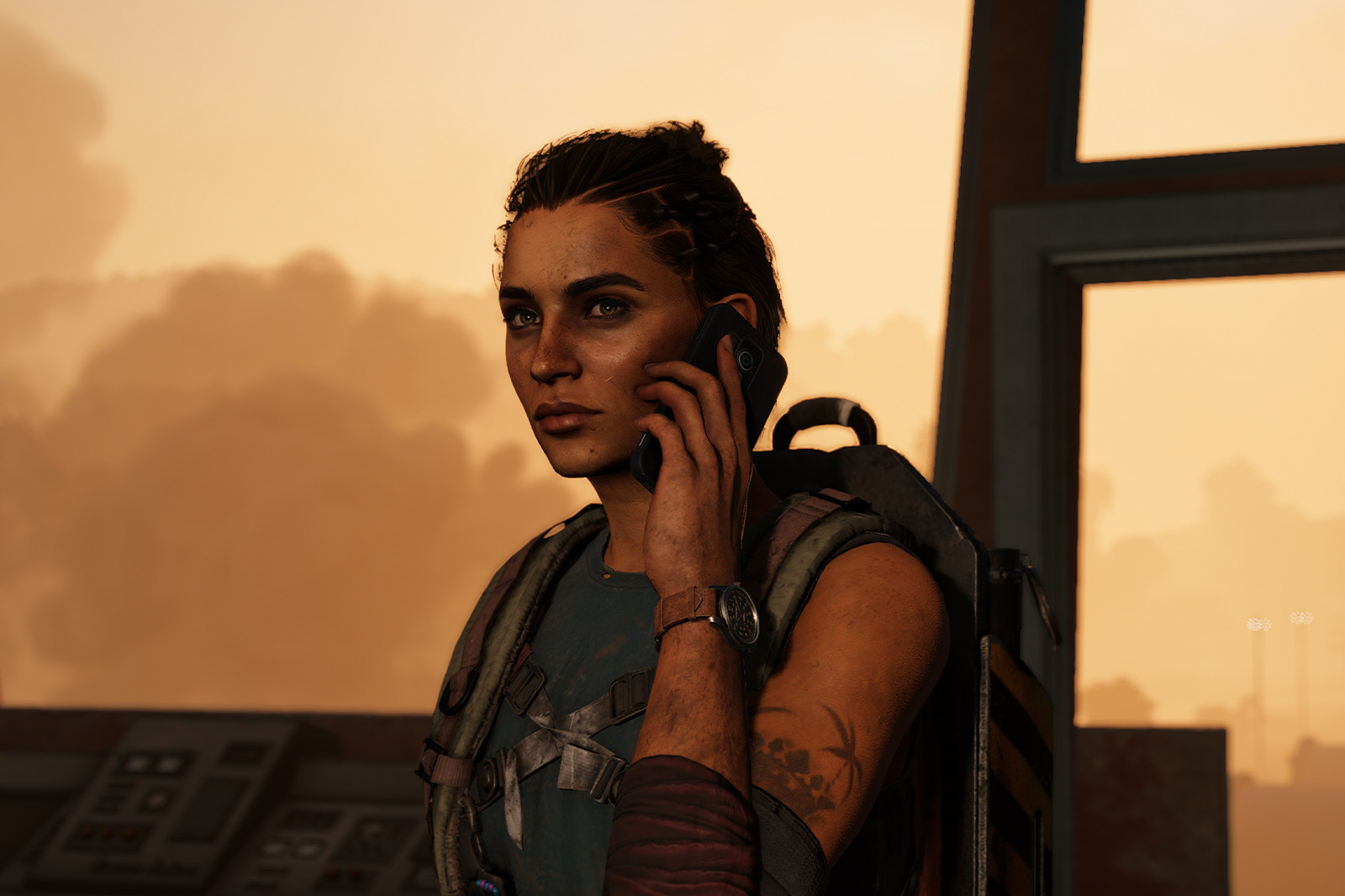 The cynical part of me wonders what the next trend in product placement will be, but the gamer in me has always loved the immersion that collaborations can provide. And this is by no means as gratuitous as the Louis Vuitton x League of Legends collaboration, which was faintly ridiculous. If more and more luxury brands are going to get involved in gaming, I pray they follow Hamilton’s lead and put quality ahead of quirky.

The IRL Hamilton Field Khaki Far Cry® 6 is limited to 1,986 pieces at a price of £1,000, but anyone can get their hands on the digital version in game when it launches on October 7th on Xbox Series X and S, Xbox One, PS5, PS4, Stadia, Amazon Luna and Windows PC on the Epic Games Store and the Ubisoft Store.