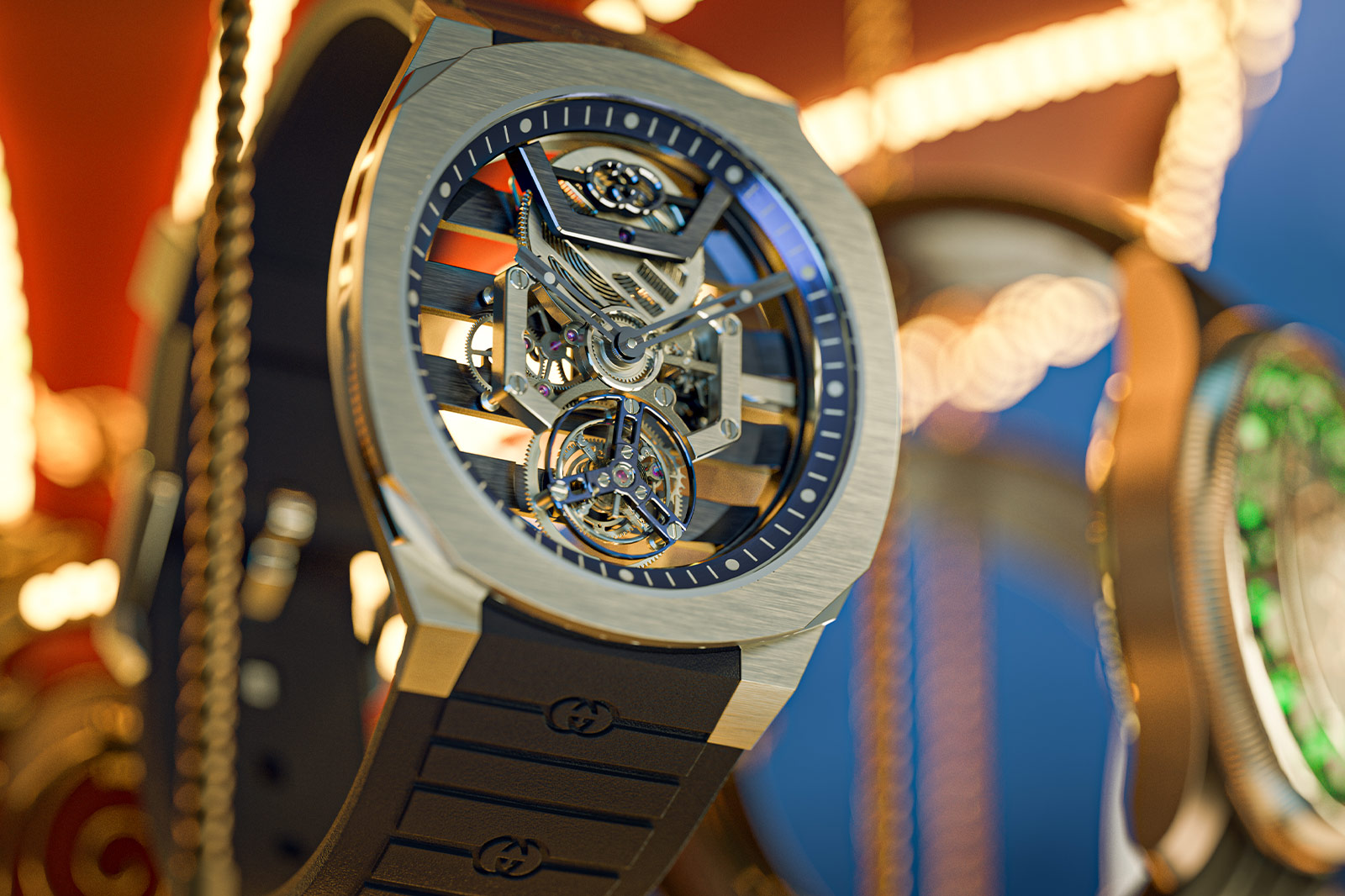 If you told us two years ago that Gucci would become the breakout stars of haute horology in 2021 and 2022, we wouldn’t have believed you. And yet by some miracle the fashion giant has achieved just that. Actually, calling it a miracle is a massive disservice because we know exactly how they’ve done it: by taking watchmaking seriously and creating an attractive retro-futuristic design that perfectly complements the current zeitgeist. The new Gucci 25H Tourbillon Skeleton just proves it further.

Visually and mechanically it’s a reinterpretation of the 25H Tourbillon they launched last year. The case dimensions are the same with a diameter of 40mm but it’s now made from white gold, not platinum. Its rounded shape with a wide bezel has also been preserved.

However, as is to be expected with a skeleton watch, the dial has been completely changed. The in-house calibre GG727.25.TS dominates, appearing to float above its supporting titanium bridges. The uniformity of those bridges brilliantly recalls the pattern on the dial of the standard version. It also serves to spotlight the movement, which has an improved power reserve of 72-hours.

The technical appearance of the flying tourbillon enhances the retro-futuristic appeal of the watch, counterbalancing the geometric shapes of the bridges and case. However, as with all skeleton watches I worry about the legibility of the central hour and minute hands. Gucci have made them the same colour as the bridges, several components of the movement and the peripheral minute track, meaning they lose some definition which is only exacerbated by the fact they too are skeletonised. Give them a unique colour, make them solid, something to stop them blending into the background. 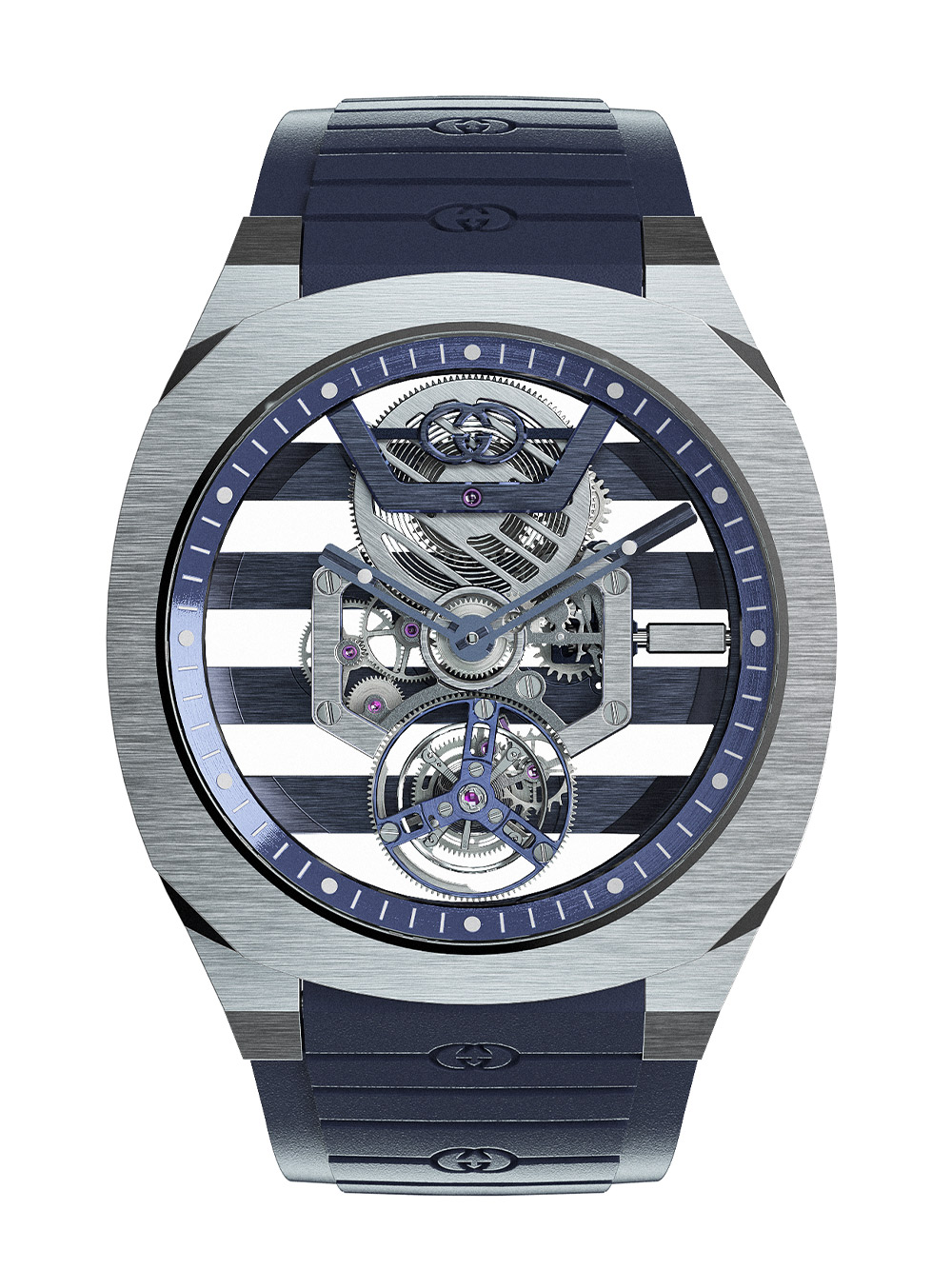 Ultimately that’s a small issue in an otherwise excellently executed timepiece. If Gucci continues to produce watches like this then soon we’ll have to stop saying it’s a surprise.