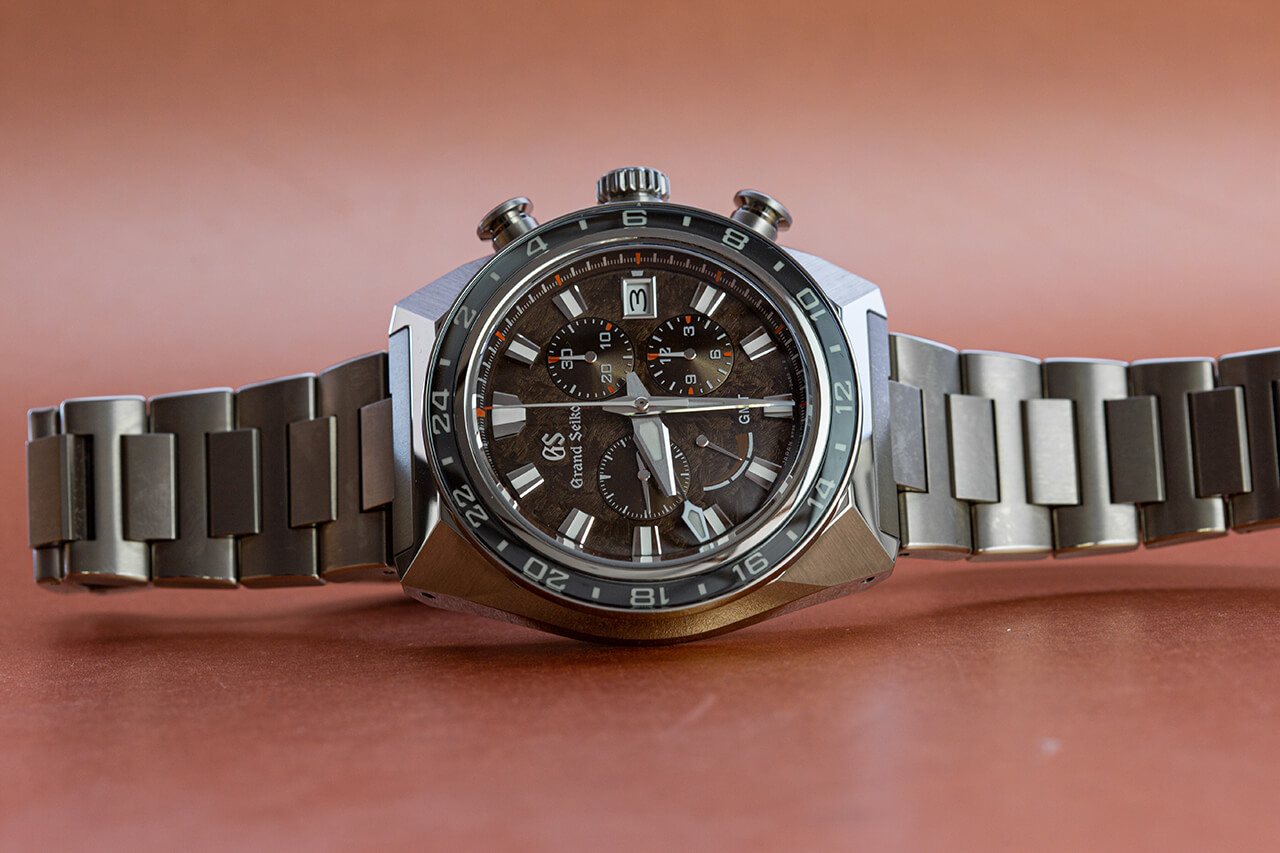 Until recently, the Spring Drive was one of those distant horological innovations that was appreciated by collectors but relatively unknown to the watch-buying public. That was a travesty. Fortunately it’s an issue that Grand Seiko has been attempting to correct… hard.

Seiko knows how to throw a party and, as the Spring Drive hits the grand old age of 20, it has been celebrating by putting it in every watch it can. Most recently it was the enamel-dialled Presage; before then it was the Prospex and setting off the whole lot, this: the SBGC231 GMT, dubbed the Lion after Grand Seiko’s bemaned spirit animal. 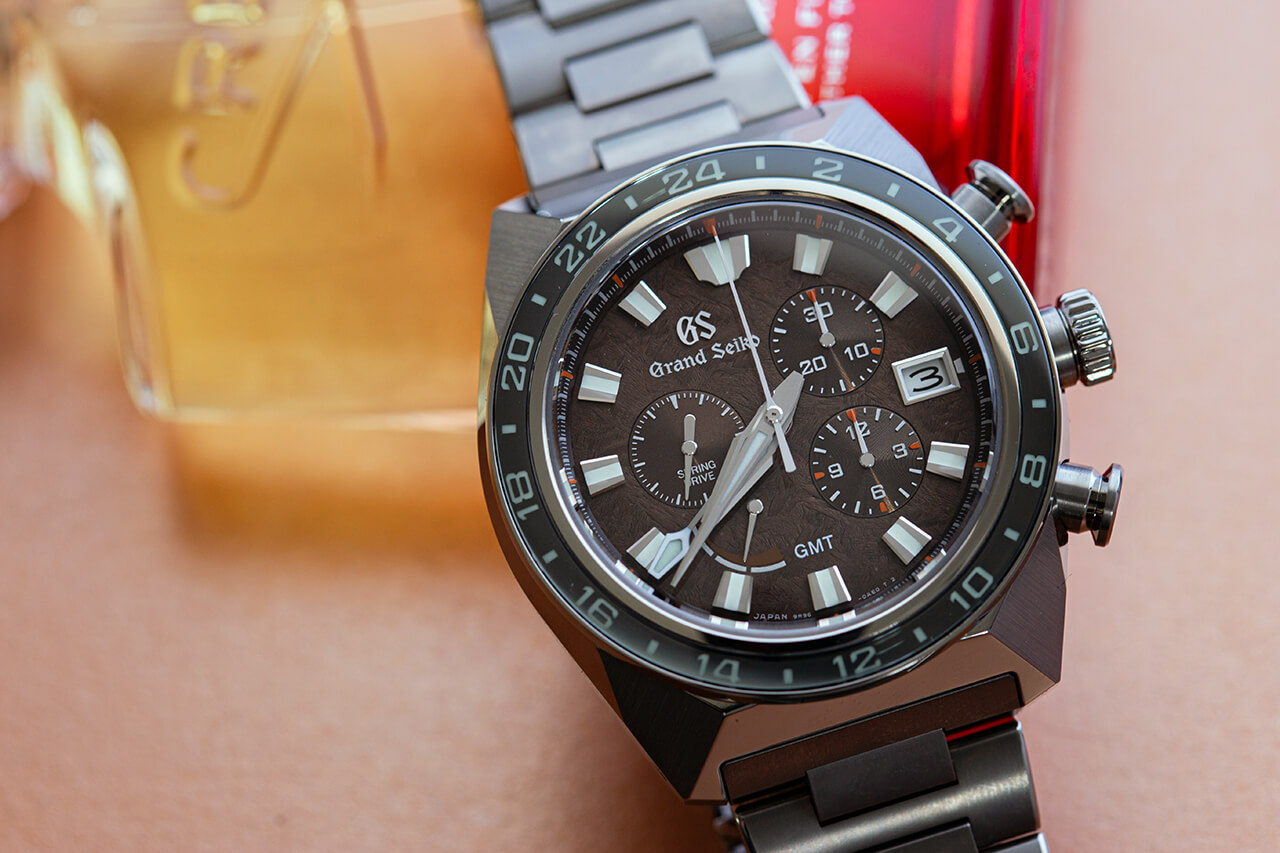 First off, it’s huge. 44.5mm is already substantial, but with the claw-like lugs – apparently shaped to imitate a lion’s paw – and big mushroom pushers, the watch feels even larger. The big, angular case is a weighty piece of metal, despite the high-intensity titanium; god knows how weighty the full gold version would be.

The lugs are designed to sit close to the wrist, but for me the whole thing was a little large to be comfortable. Granted I have abnormally small wrists – it’s my eternal cross to bear until I get older and fatter – but that’s the problem with highly shaped lugs. Still, for a non-retro (thank god) sports watch you expect those kind of dimensions, and the angularity shows off Grand Seiko’s signature Zaratsu polishing off to a tee, creating strong, clear-cut facets that catch the light. 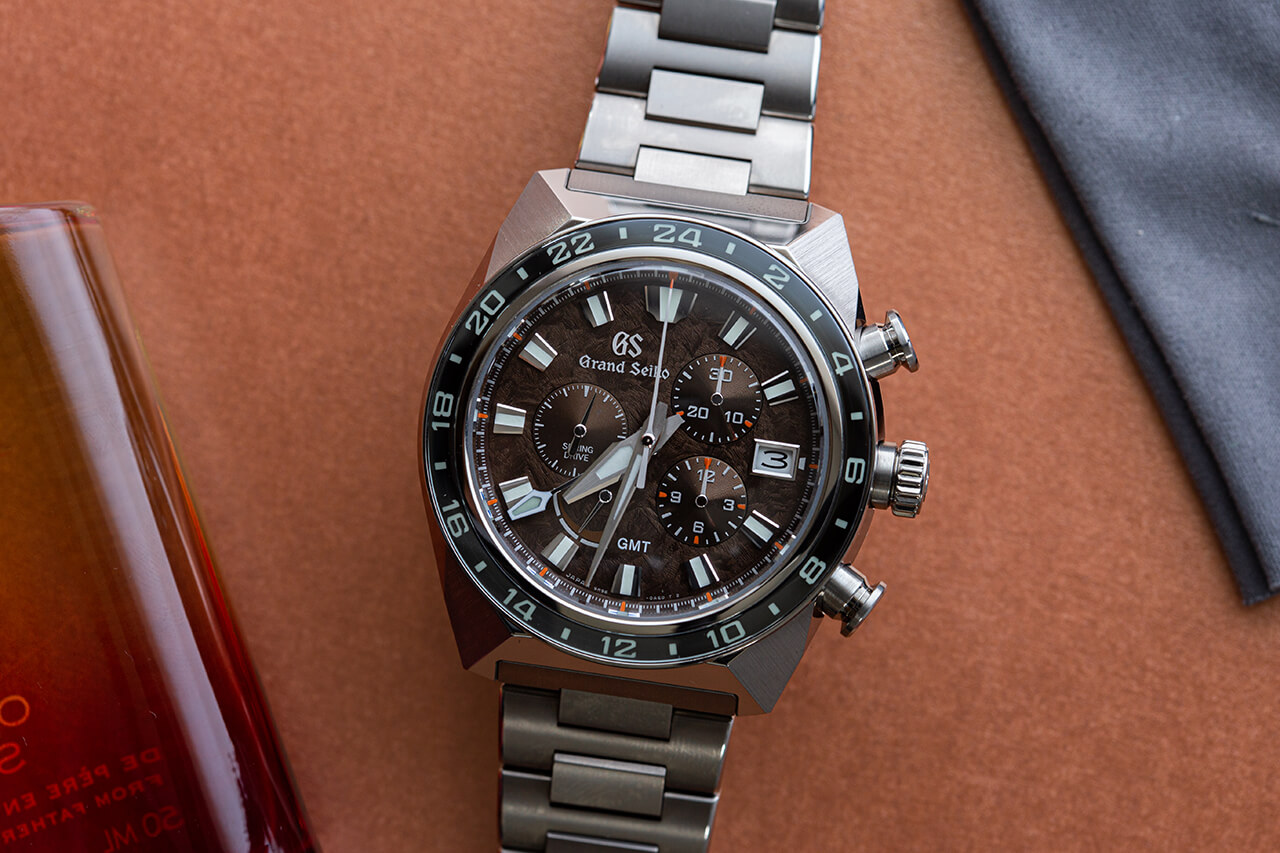 Then there’s the dial, where the real party is happening. The dark metallic brown has been embellished with an organic pattern meant to imitate a lion’s mane – and does a damn good job of it. In some lights it appears a nice chocolate colour, but every now and then, at just the right angle, you’ll get the full textured engraving. That lion’s mane is only alleviated by the subdials for running seconds and chronograph hours and minutes which are in the same colour but sunray. 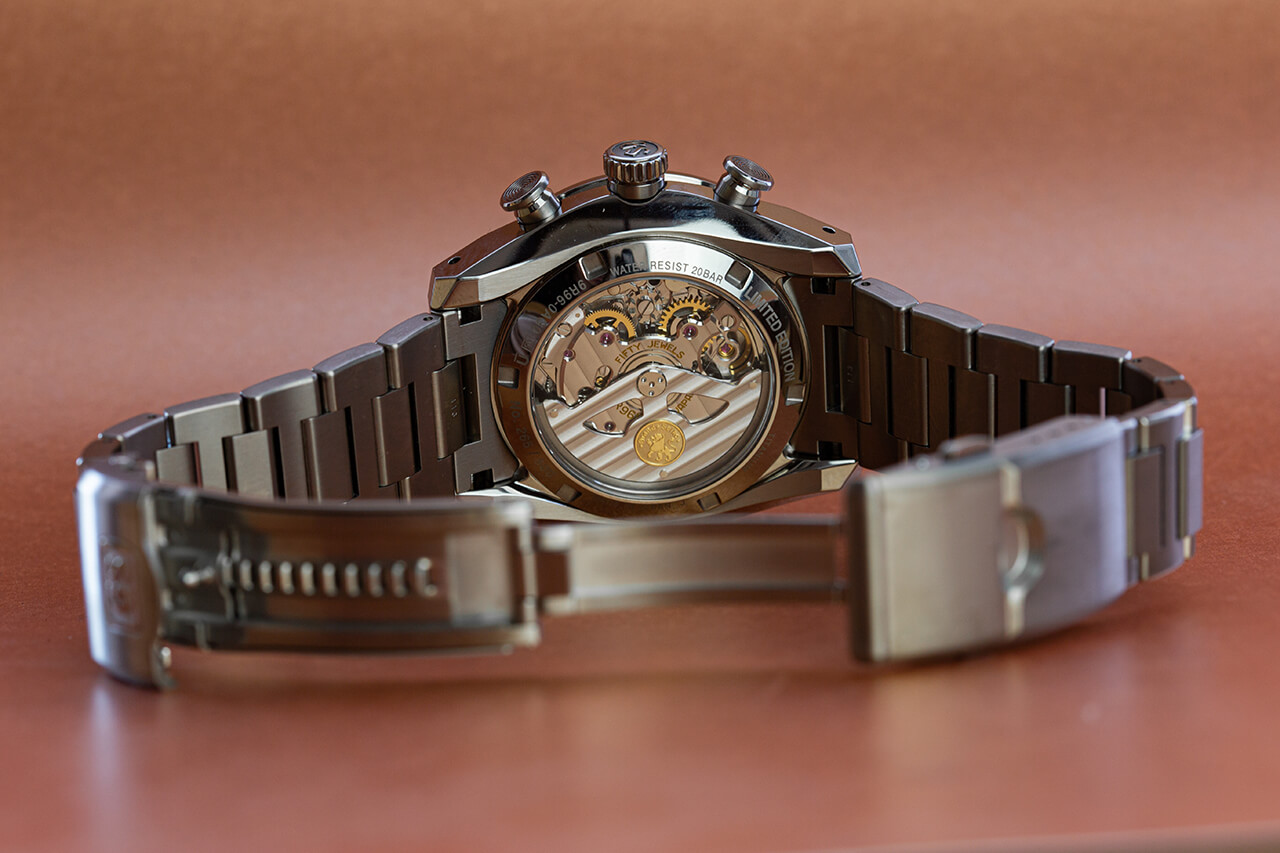 The dial’s certainly not for everyone but for a limited edition in this vein I can’t think of anything more spectacular – and that’s not the last place you’ll see the Grand Seiko lion either. Flip the watch over and you’ll be presented with the 9R96 calibre Spring Drive automatic movement, complete with a golden lion embedded into the rotor.

I’ve not had the watch long enough to really test the Spring Drive out but on paper it’s almost too good to be true, gaining or losing just half a second every day. For the uninitiated, just know that that’s spectacularly small.

After 20 years, the Spring Drive is making its presence felt in a huge way and the result is a watch more unmissable than a lion in your kitchen. It’s big, it’s bold and it’s unapologetically strong. Hopefully it won’t take another anniversary like this for Grand Seiko to let the beast out of the cage again. Sequent is changing the smart watch game with hybrid timepieces that have an effective infinite... How does the new blue-dialled addition to the retro SeaQ collection stand up as a serious diving... How does the new model stand up to the legacy of one of the most important watches ever built? And... An up-close encounter with a legendary timepiece that was one of the standout reveals from Watches...