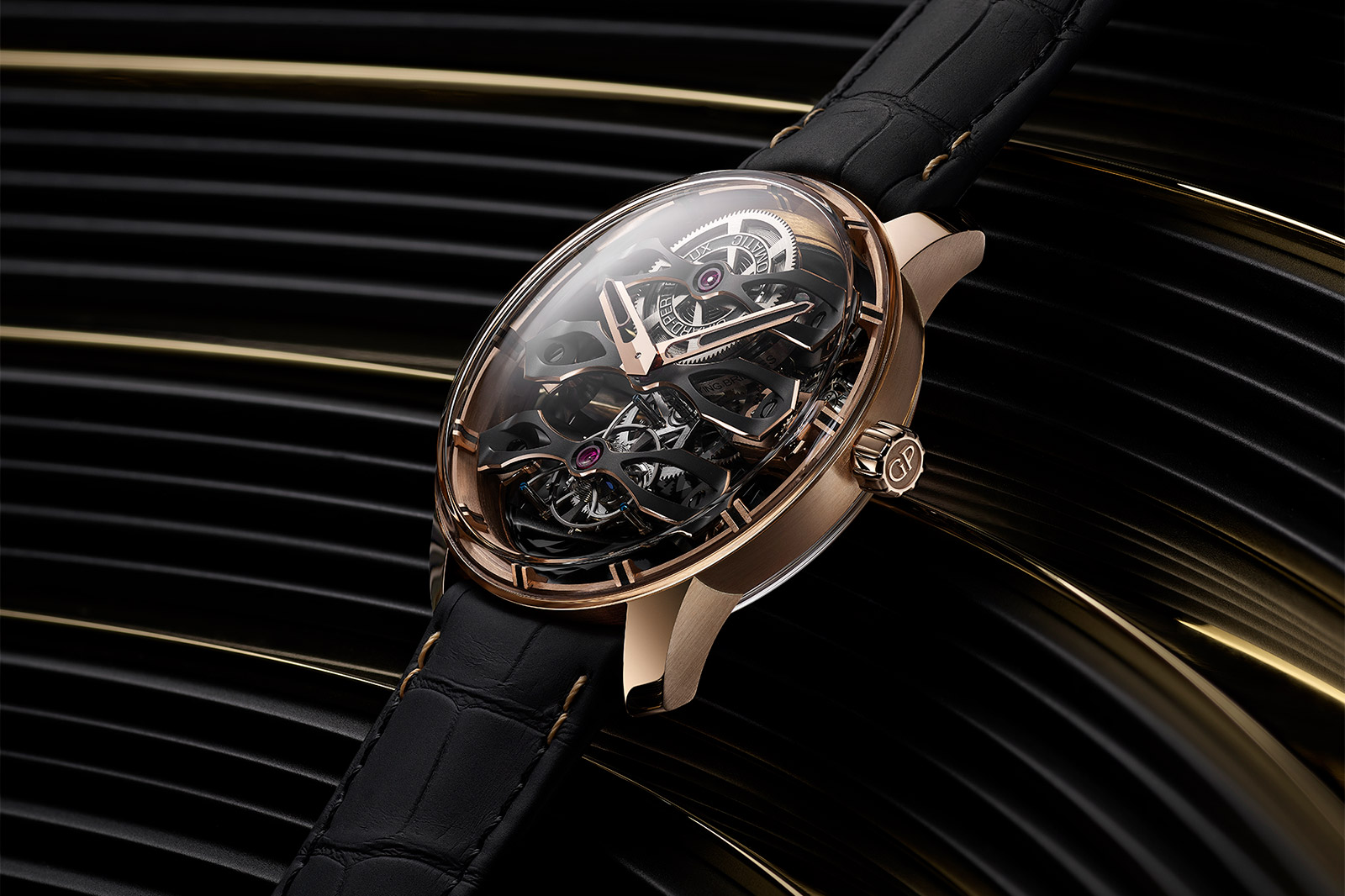 Girard-Perregaux is celebrating their 230th anniversary by looking back at some of their most venerable timepieces and giving them a modern twist, and for Geneva Watch Days they’ve unveiled a new version of the Tourbillon with Three Flying Bridges. Although, while GP are making a song and dance about updating this classic, they’ve been releasing new versions consistently for a while now, with the last example being the Aston Martin collaboration from a few months ago. So, let’s see what’s new with this latest version.

In a word: rose gold. Well, that’s two words but you get what I mean. This is the first time that all three bridges that give the watch its name have been produced in the precious metal. They’re coated top and bottom with black PVD so that only the sides of each bridge shine golden, which GP have described as giving it an air of ‘super discreet luxury’. I don’t know how you can call a triple flying bridge with multi-layered skeletonised elements plus a tourbillon ‘discreet’ while keeping a straight face but here we are… subtle it is not. 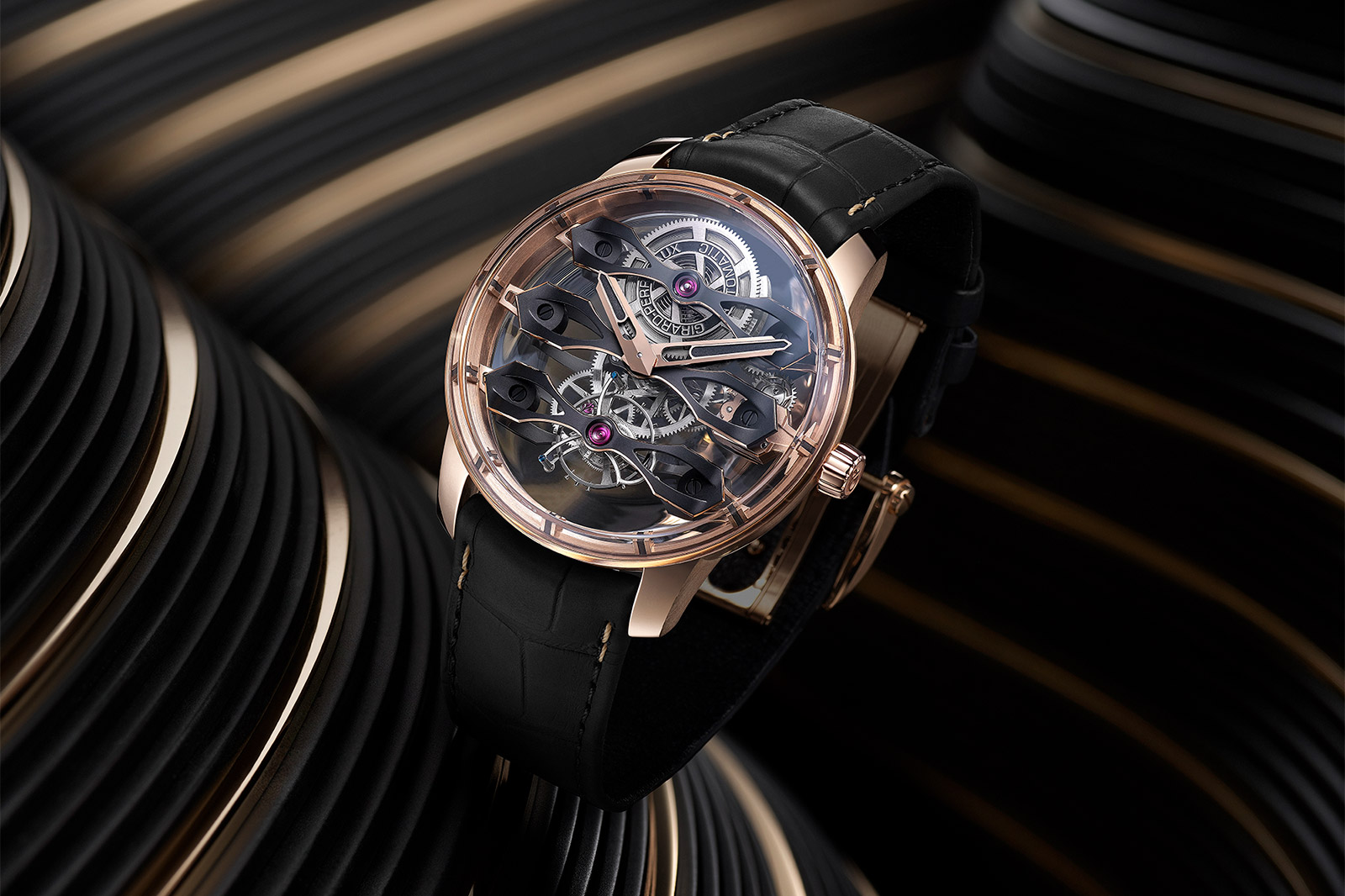 Honestly, other than the tweak to the materials that have been used on the titular bridges (matched by the 44mm rose gold case) it’s business as usual for the Tourbillon with Three Flying Bridges. It has dauphine style hands, flange-mounted hour markers and a gently sloped, box sapphire crystal top and bottom, all of which were present on the Aston Martin edition. 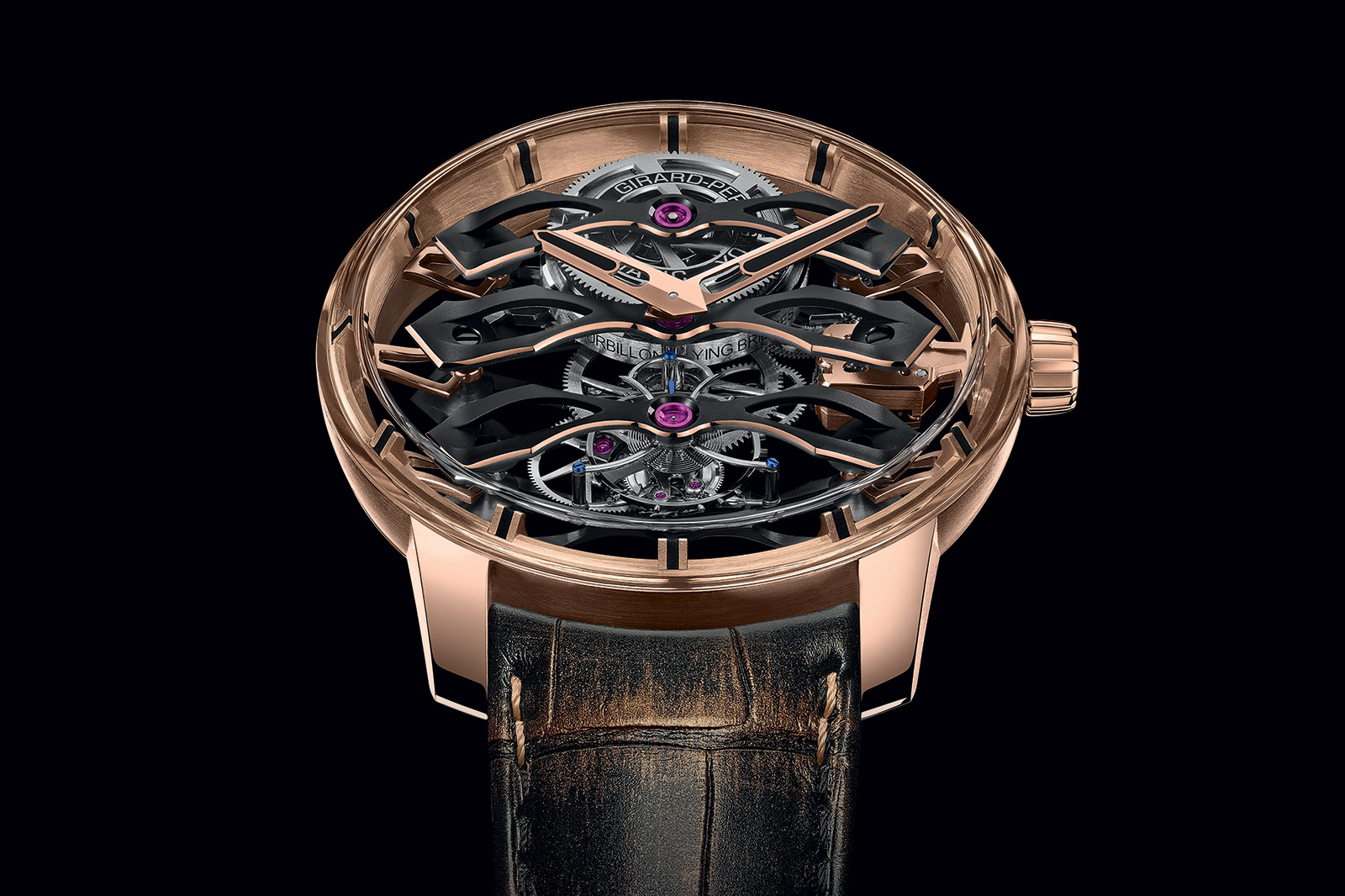 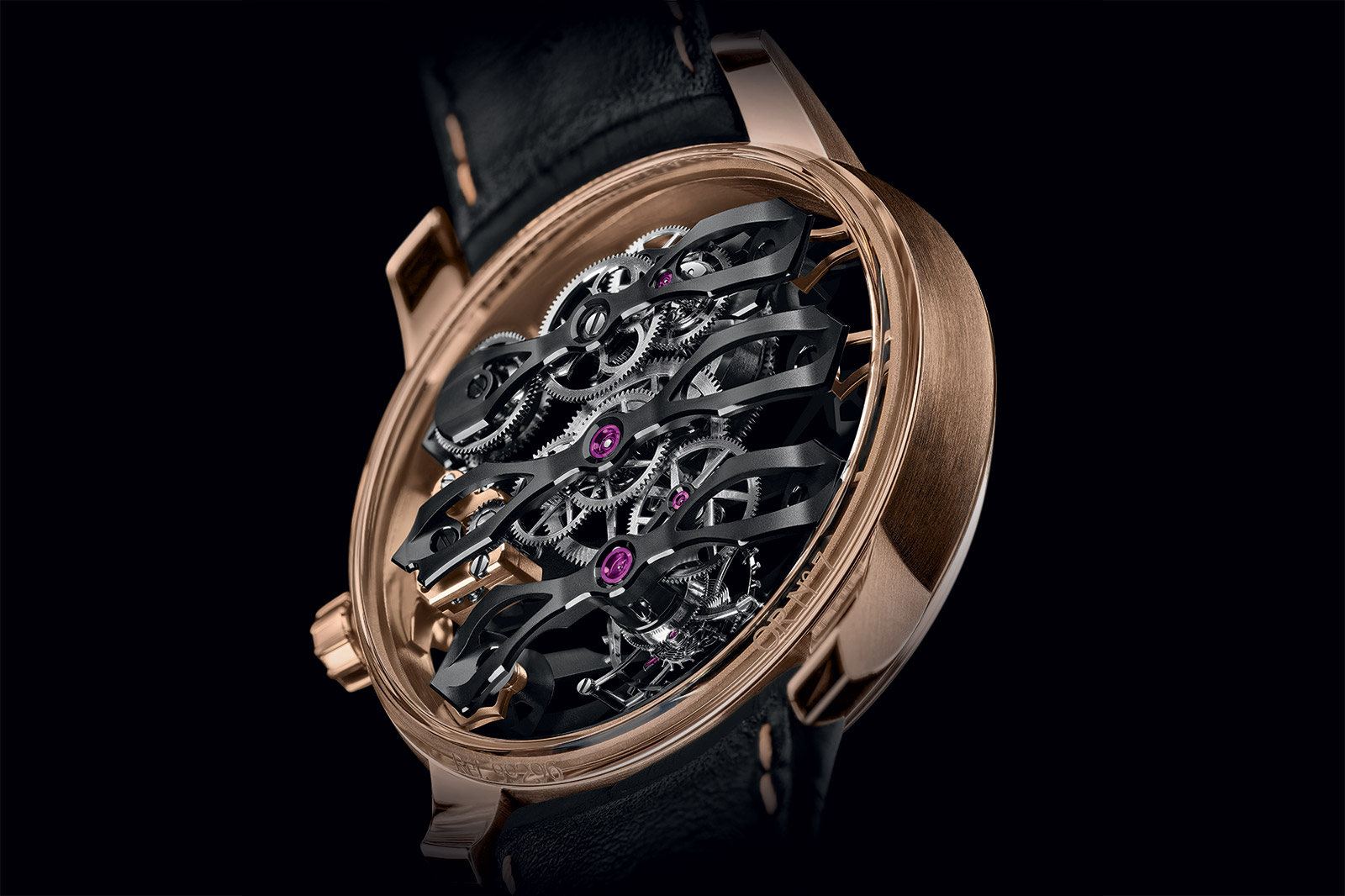 The movement does have a slightly different reference, it’s the GP09400-1273, however its specs are virtually identical. It has a 60-hour power reserve, automatic winding and, of course, there’s the base mounted tourbillon which rotates once every 60 seconds and functions as a small seconds. 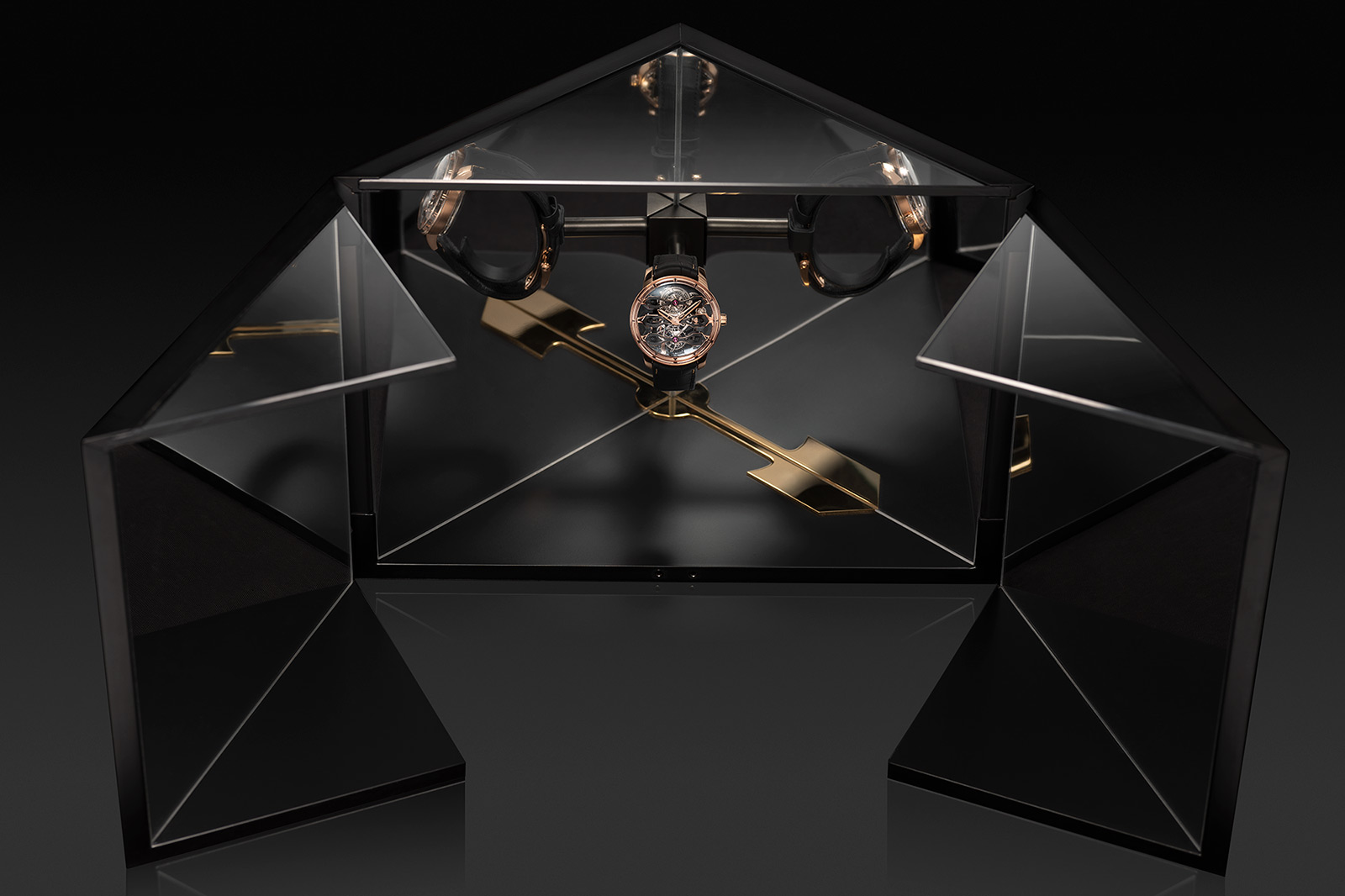 It’s impossible to call a watch like this underwhelming because every facet of it is deliberately overwhelming, but at a basic level this is just a new material on a watch we saw in July, sans Aston Martin branding. And really, I’d probably prefer the titanium version for its light weight and durable construction, although this is a solid second choice now that the Aston Martin version is sold out. Plus, it will definitely appeal to collectors who like a little extra ostentation and that’s fine too, they probably have the £121,000 spare to afford it.