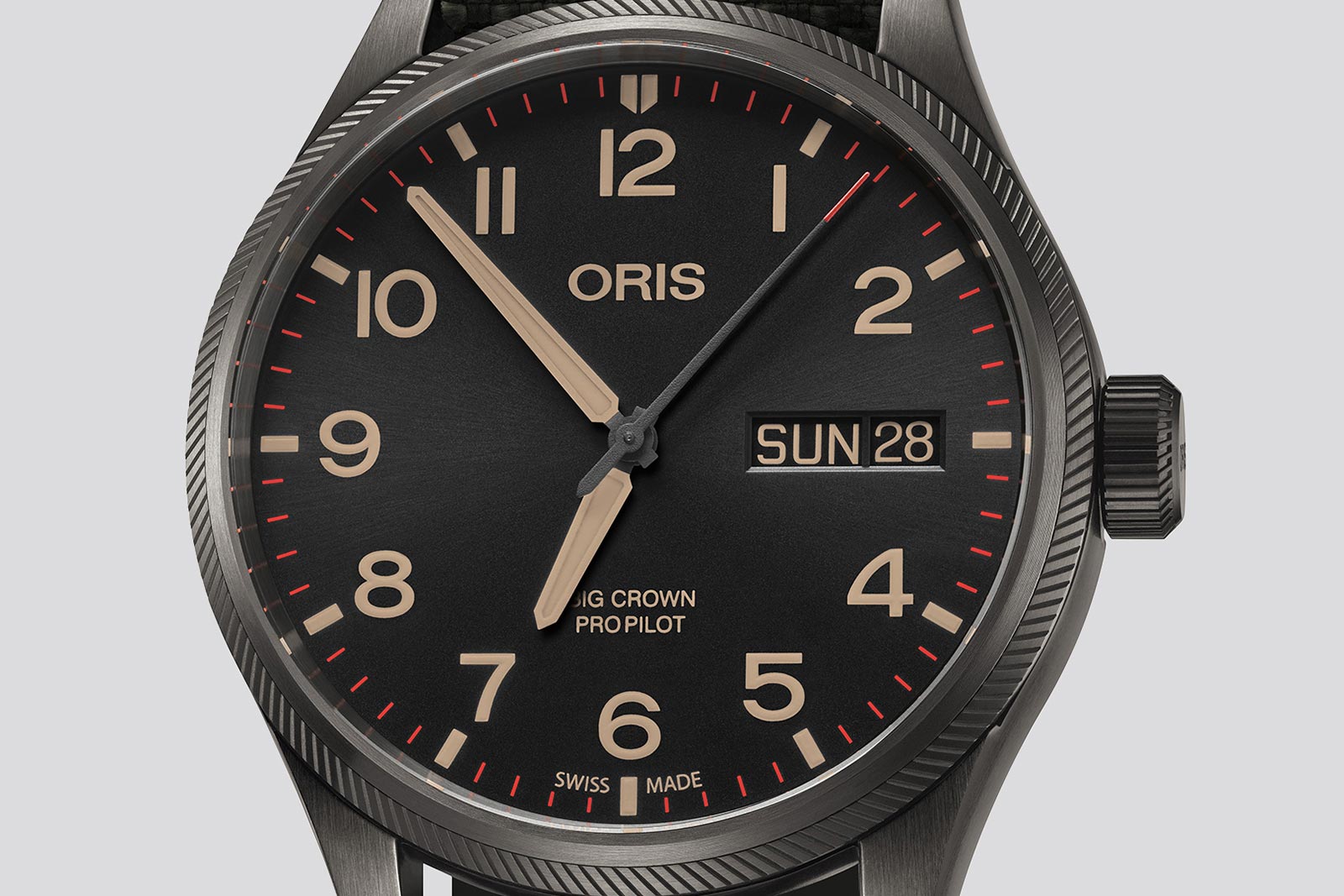 It seems like watchmakers hate to keep their feet on the ground as, other than diving watches, the most popular type of timepiece flooding the market is that dedicated to aviation: the pilots watch. While Cartier may have created the first and others have since hammered out a flight timing blueprint, there’s nary a brand without a hand in the field.

However, while IWC, Bremont and now even Blancpain have their own aviation watches, you don’t need to splash out to quite that extend to snag your own high-flying timepiece. Price does not have to clip your horological wings and here are the five watches to prove it. 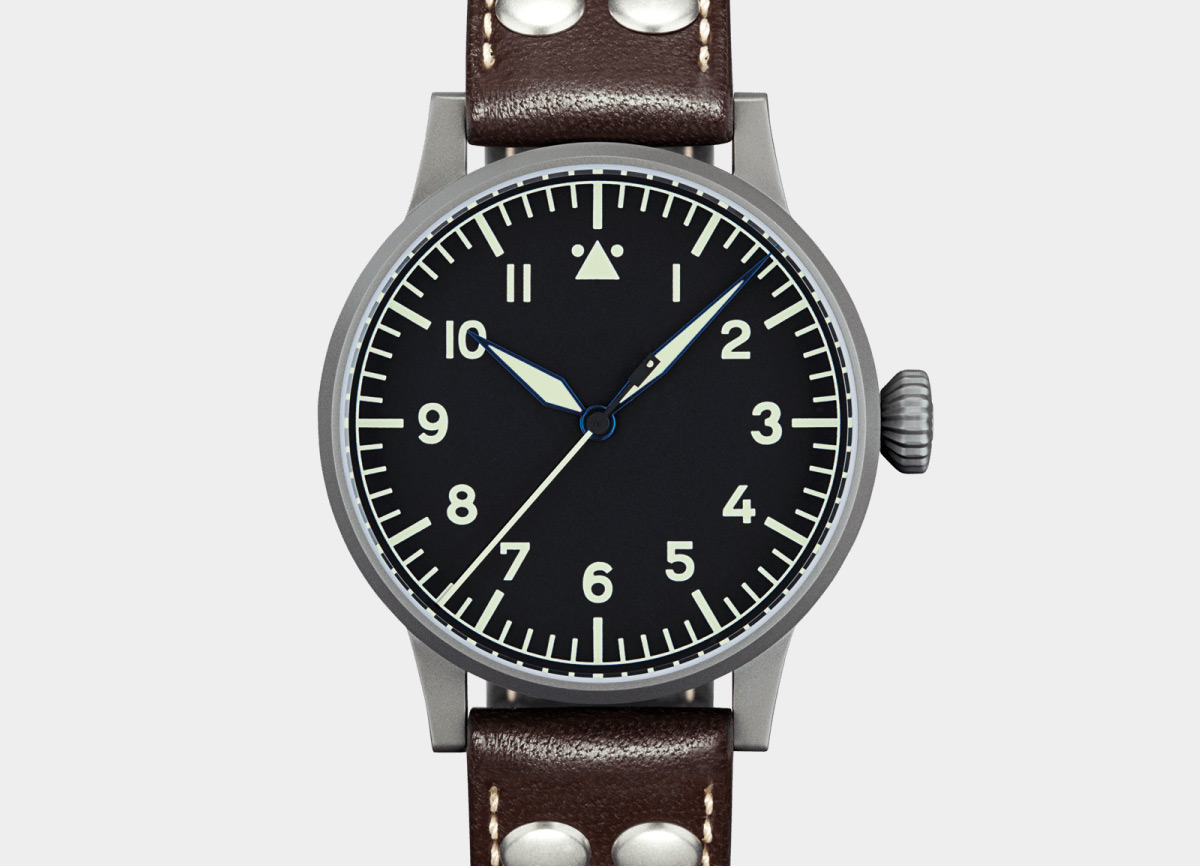 When these guys say ‘original’ they mean it; Laco is one of the progenitors of the modern pilots watch. The IWC Big Pilot has a hell of a lot to thank them for, as you can see clearly from the Munster. It has the same dial layout down to the iron sights at 12 o’clock; it has a similar, if more angular, oversized crown and even the tough, practical strap is pure heritage aviation. The difference? This piece is just $1,190 – or in decent money, roughly £945. If you’re feeling really extravagant you can even upgrade the movement for another $150. Value for money doesn’t even come into it. Available at: laco-watches.com 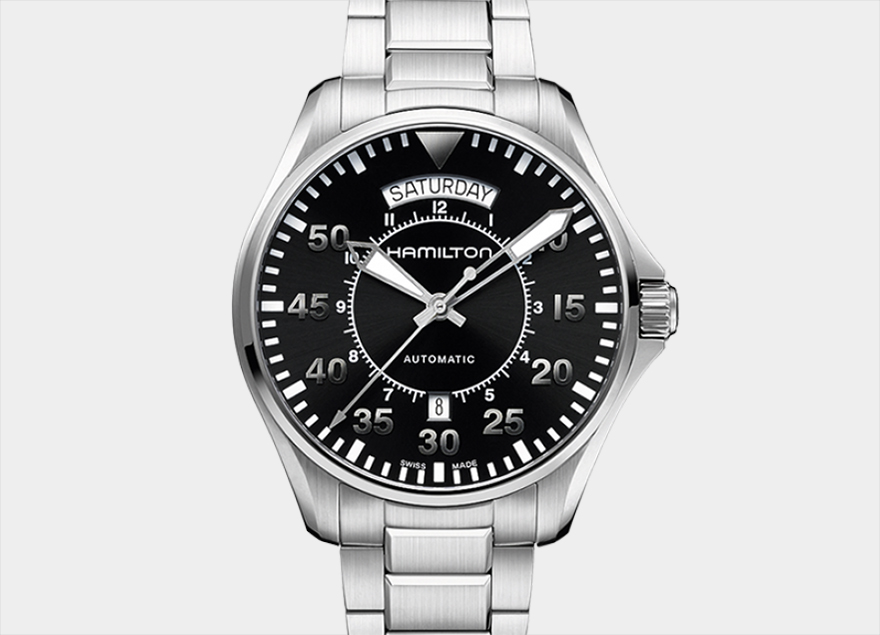 When it comes to good value military watches, Hamilton should always be your first port of call. Or airfield, when it comes to this piece. The Khaki Aviation is essentially the aeronautical division to the Khaki Field’s infantry and is just as no-nonsense. Granted this one has the added frills of a day and date, but the core is the same. This is the kind of watch that can survive a plane crash, brush itself off and head to the nearest RAF clubhouse. Like all Hamiltons, it’s also less than a yearly membership to said club. Available at: hamiltonwatch.com 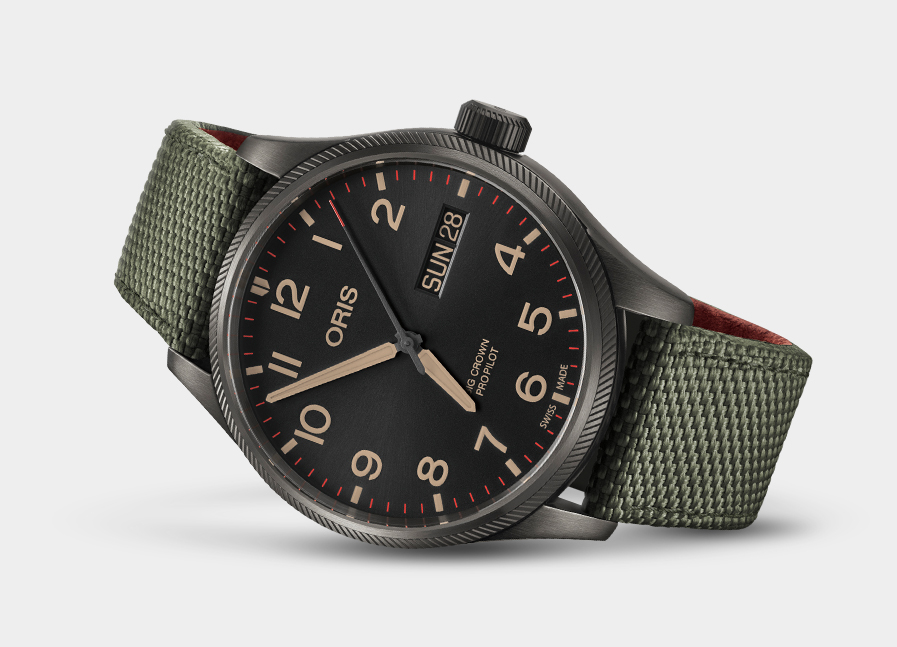 At 45mm this is a big piece of kit but, unlike many on this list, is a much more modern watch than your usual retro pilots. There’s good reason for that; this version of Oris’ Propilot was developed hand-in-hand with the Belgian Air Force’s 40th Squadron Heli, their iconic rescue team. There are a few touches alluding to that relationship such as the flashes of red taken from the team’s colours, but you don’t need to know that. The watch’s stealth style is cool enough to stand by itself. Available at: oris.ch 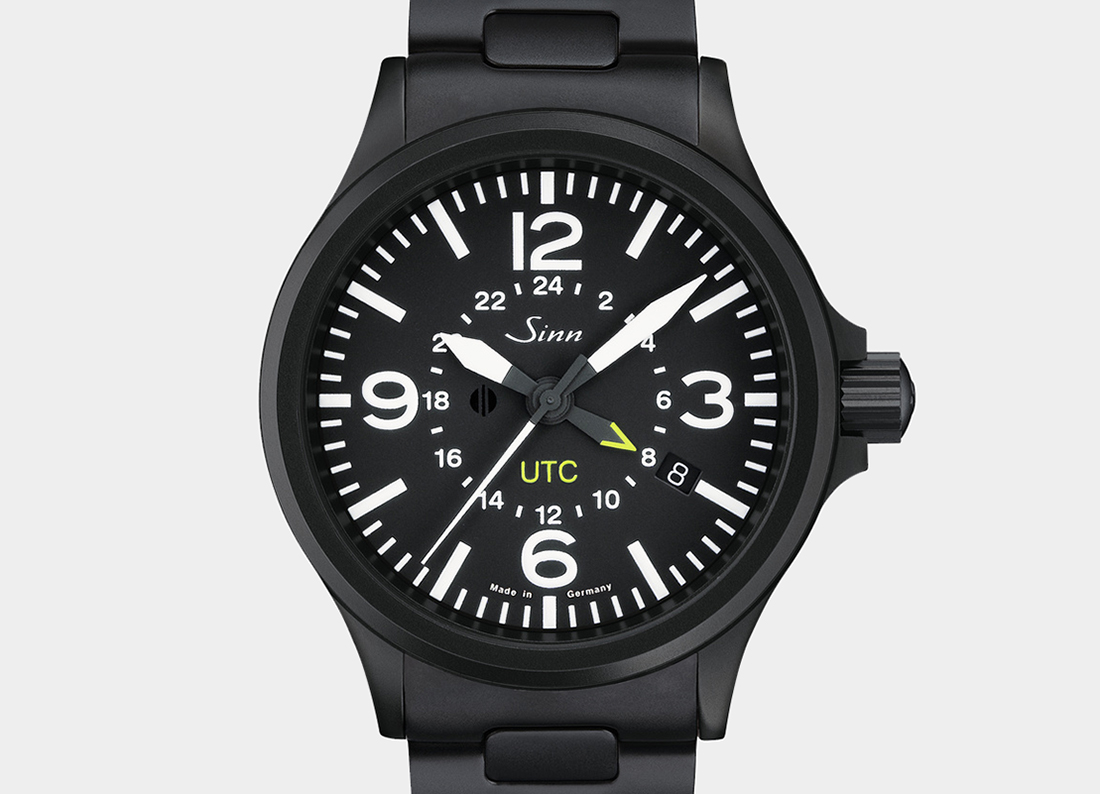 A serious name for a serious watch, if the various Big Pilots of the world belong in WWII fighters, this is the watch for a stealth bomber. Hell, with its proprietary, ultra-hard black coating it could probably survive being on the receiving end of one. In fact it would take a lot to stop the 856 S UTC ticking; it even has resistance to magnetic forces up to 80,000 A/m (FYI that’s a lot), as well as low pressure. That it’s an intensely cool, stealthy piece is just a happy side-effect – as it the exceptional price tag. Available at: sinn.de 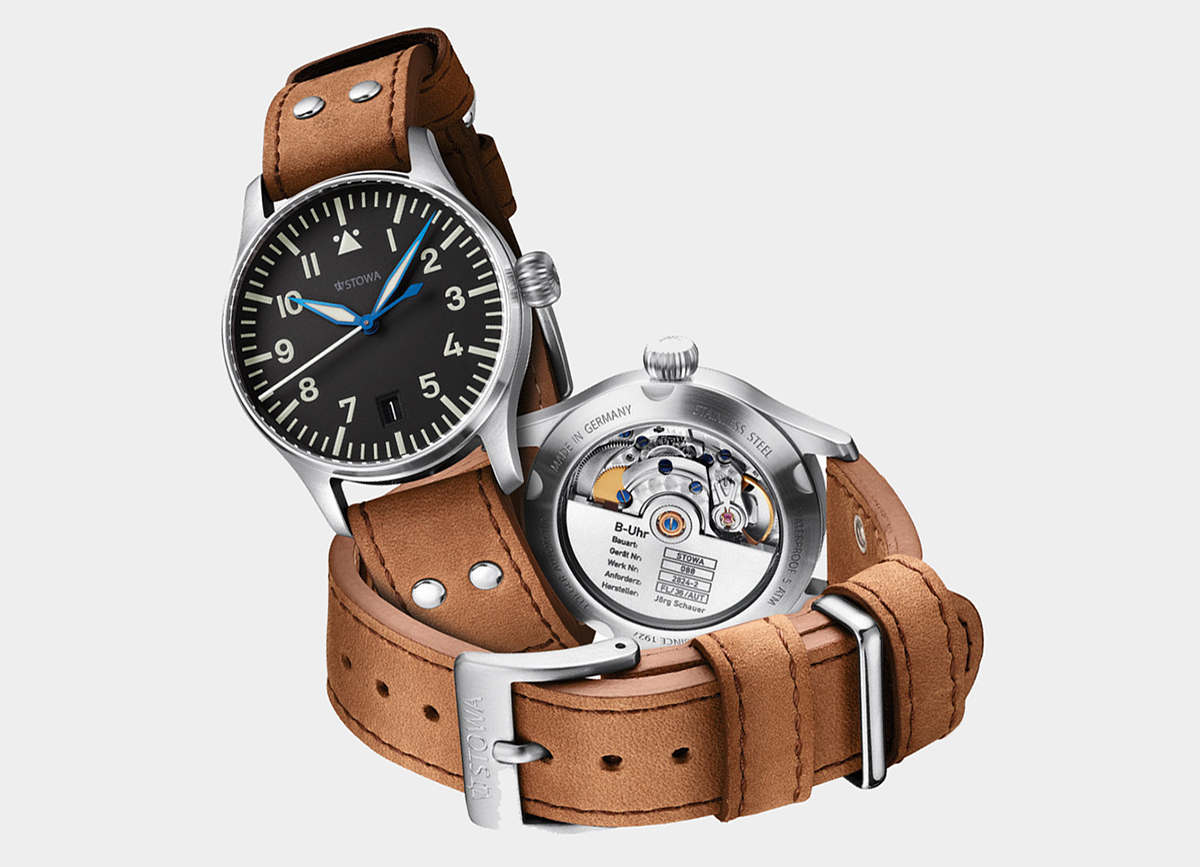 There’s a slight tendency for pilots pieces, like most tool watches, to favour sizes that you’d imagine make taking off hard. Not so STOWA. Despite their Flieger Classic 36 staying close to the tried and true blueprint of a military pilots, it’s 36mm size is much the opposite. From the stainless steel case to the workhorse ETA movement, it’s a solid, reliable watch. As a nice little touch, you can also choose if you want a logo or date window on the dial. In fact, STOWA offer a good range of customisation, all for a very attractive price tag. Available at: stowa.de