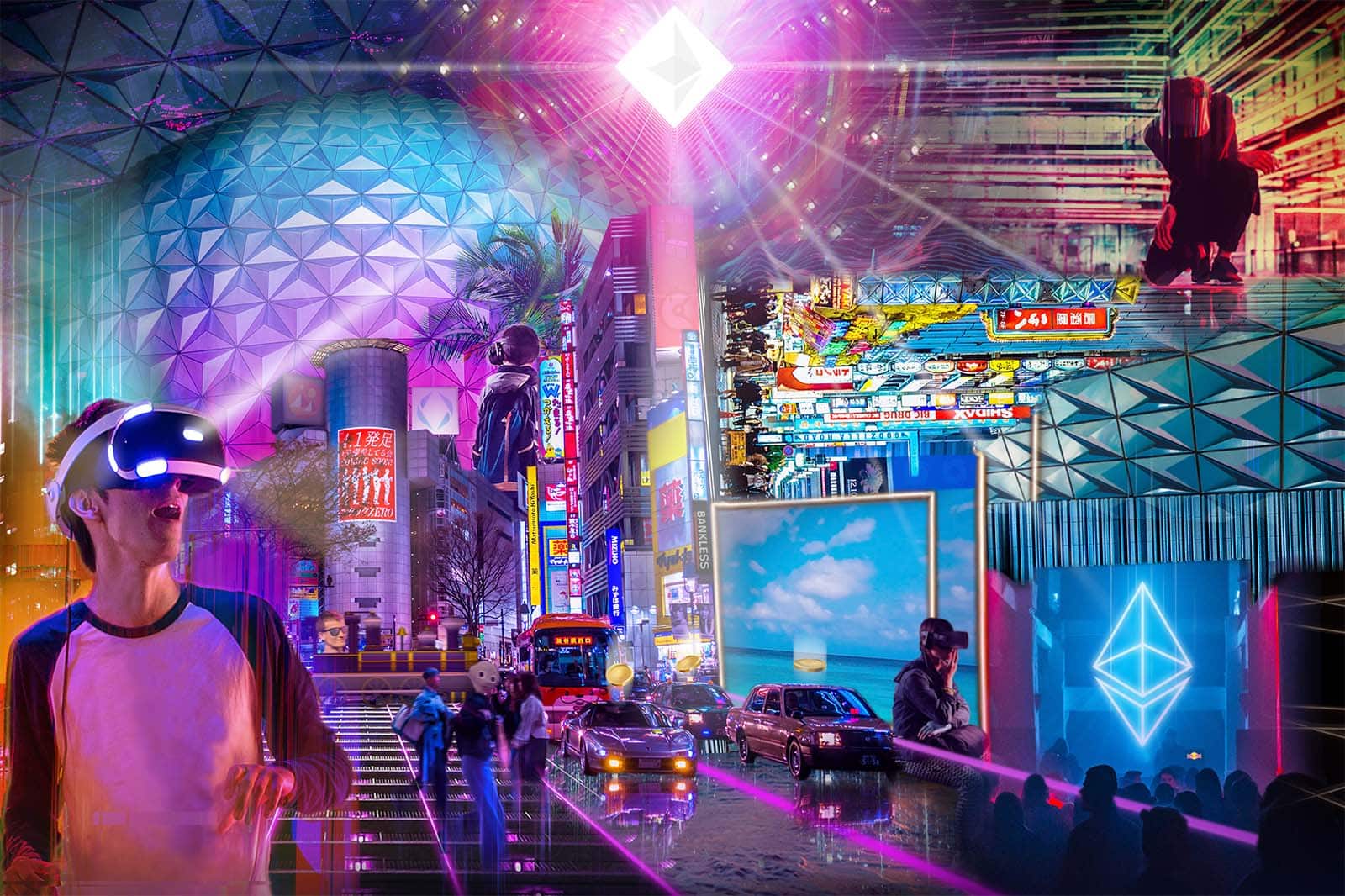 The Metaverse is a confusing place. In fact, it’s not really a place at all, or a single piece of software, company or thing. As it currently stands, it’s merely an idea, a catch-all term for what many believe will be the future of the Internet.

Silicon Valley’s biggest names are fully behind it, with Mark Zuckerburg going as far as rebranding Facebook as Meta, claiming ownership over a term first coined in 1992 by sci-fi novelist Neal Stephenson. So what exactly is it? And why is the fashion world currently obsessed with it? Nobody really knows what the Metaverse actually is, and to listen to those involved in it wax lyrical about its virtues is akin to trying to understand a language no-one is fluent in. 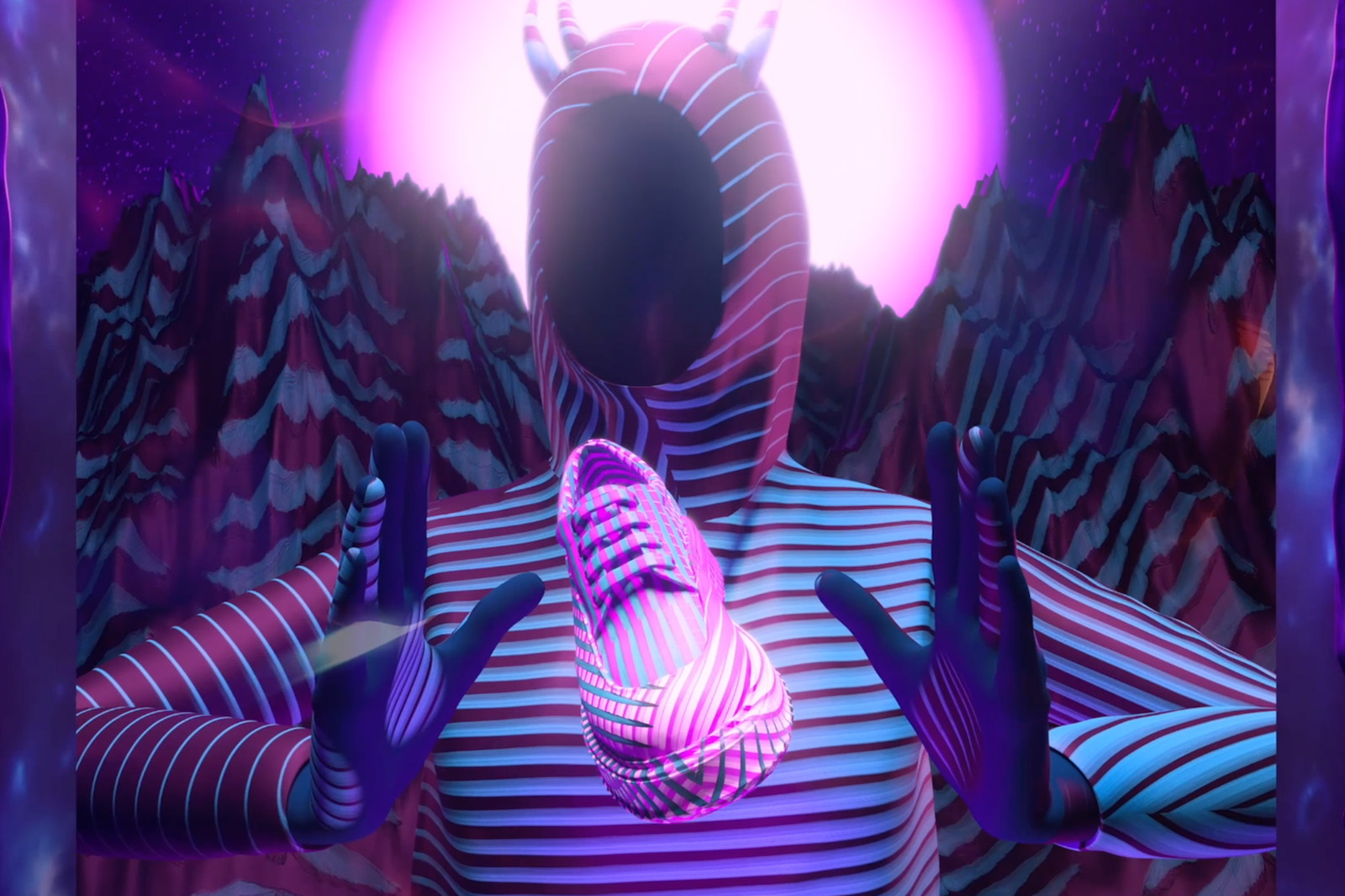 It’s essentially a broad term for virtual ‘spaces’, where you and I can enter through virtual or augmented reality, create a personalised avatar and hang out or browse digitised shops. That last point is essentially why fashion brands have got involved. There is money to be made, and new potentially untapped audiences to influence.

But the idea is hardly new. Gamers have been able to dress their avatars and meet with friends, real and virtual, for decades. The original Sims game was released in 2000, with players tasked with creating their own character, dressing it and mingling with other AI. 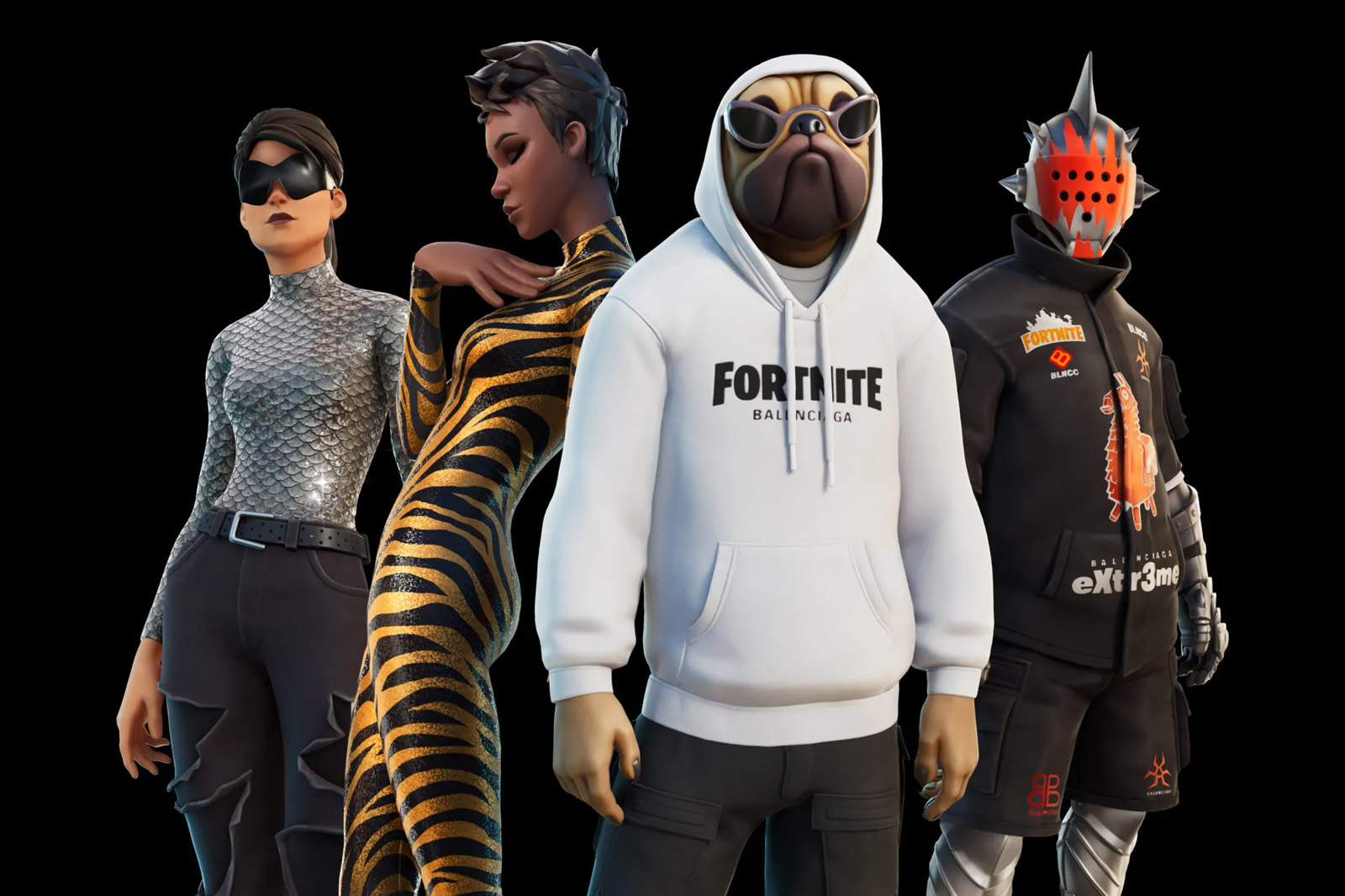 More recent iterations have introduced in-game purchases, where players can spend real money on clothing, furniture and more. Monetisation has become normal practice for most new games, with AAA titles such as Call of Duty Warzone selling individual ‘skins’ and Fortnite even collaborating with the likes of Balenciaga, Air Jordan and Ferrari to sell clothes and accessories for players to wear in game.

This is big business. Gaming monetisation company, Market estimates the ‘skins’ market is valued at $40 billion a year. Fortnite alone makes more than a billion dollars a year. 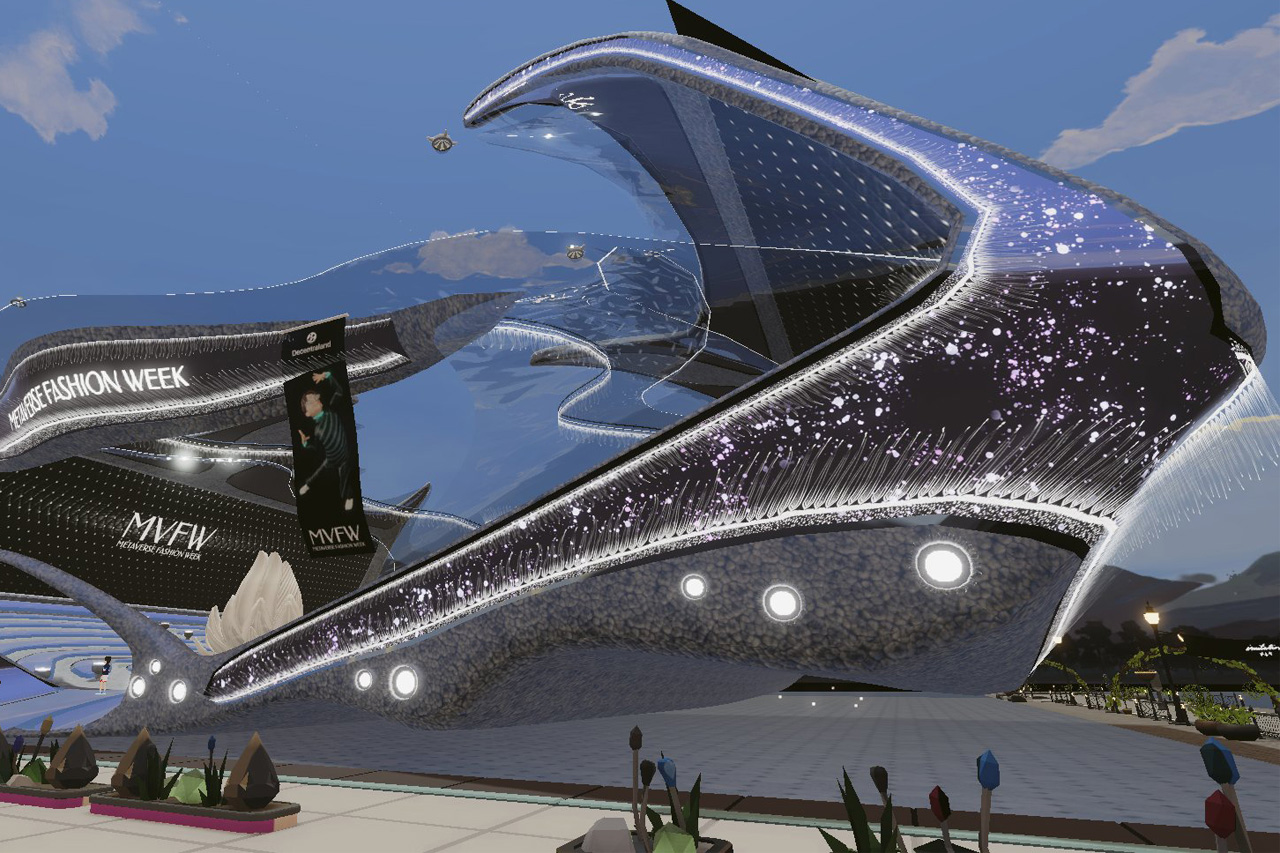 So, the model is proven, and the money virtually guaranteed. But how exactly is the fashion world entering the Metaverse game? There’s its continuing presence in gaming.

Games like NBA 2K22 show what’s possible, with players’ avatars moving through a virtual city, able to meet up with friends and visit virtual branded stores ranging from Nike, Adidas, Jordan, New Balance and Under Armour. You can then buy clothes with either in-game or real money and show off to others in the virtual world’s range of social spaces. 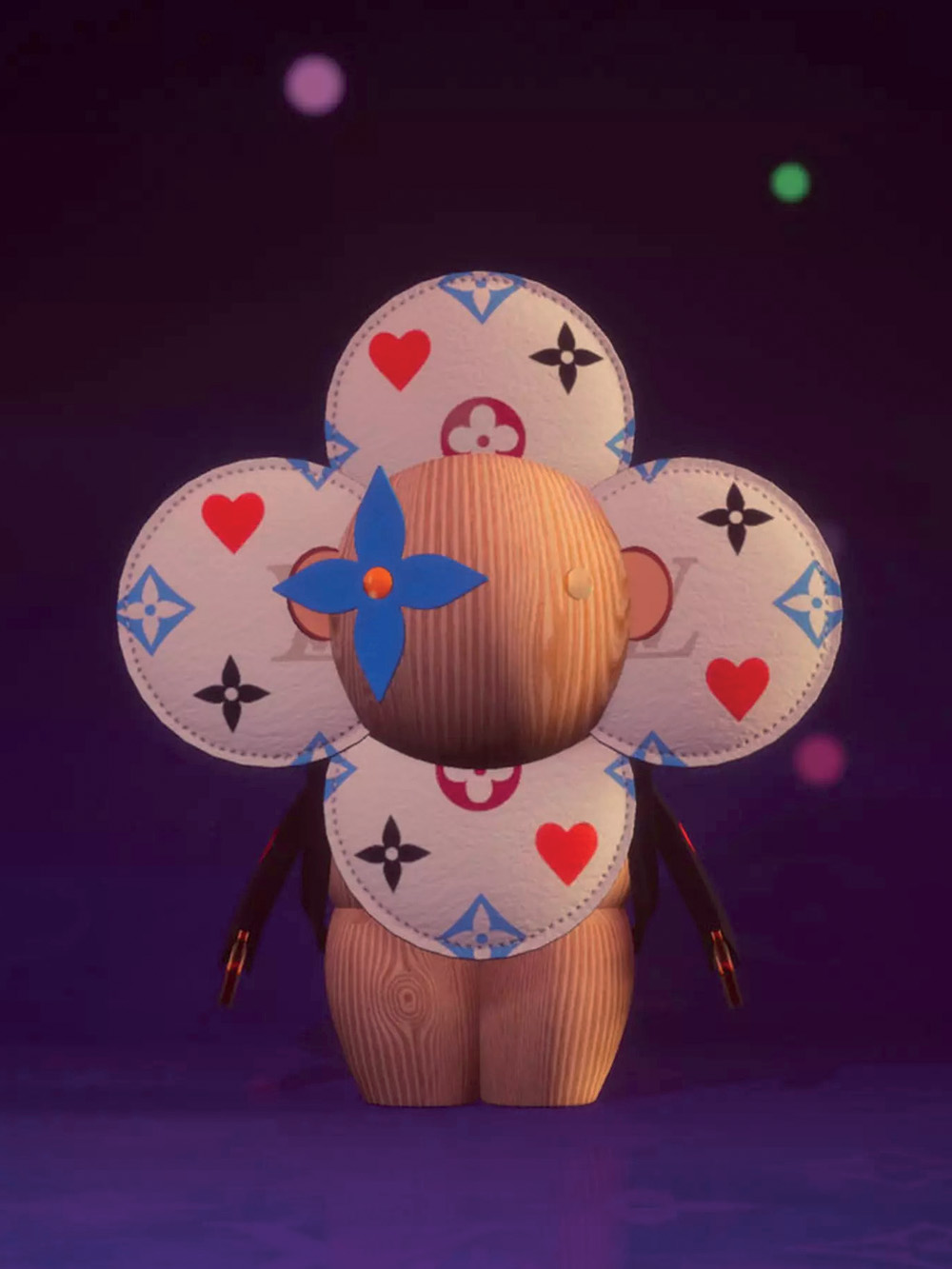 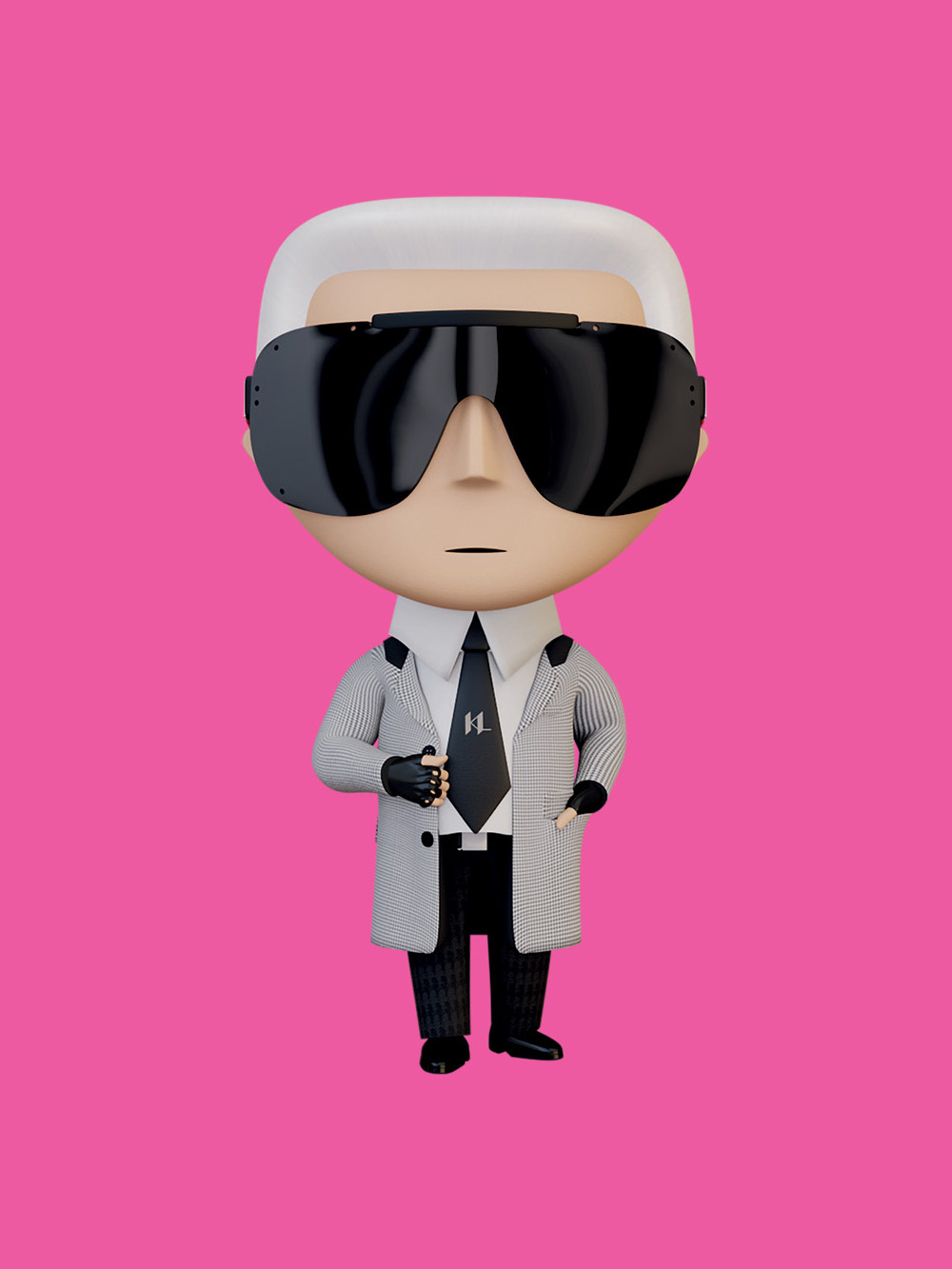 There is the NFT market, in which many fashion brands are already firmly committed to. Burberry and Louis Vuitton have experimented on their own, with the former collaborating with Mythical Games to produce an NFT that reportedly sold out in 30 seconds.

But independent, digital only brands are arguably the market leaders in this field. There’s DressX, which sells virtual clothing, ranging from a simple sweatshirt through to a ‘warrior queen’ outfit made of ‘100% digital metal’. The idea is that you pay up to hundreds of dollars for a virtual piece of clothing, which you can then wear via augmented reality for upload to your favourite social media site. 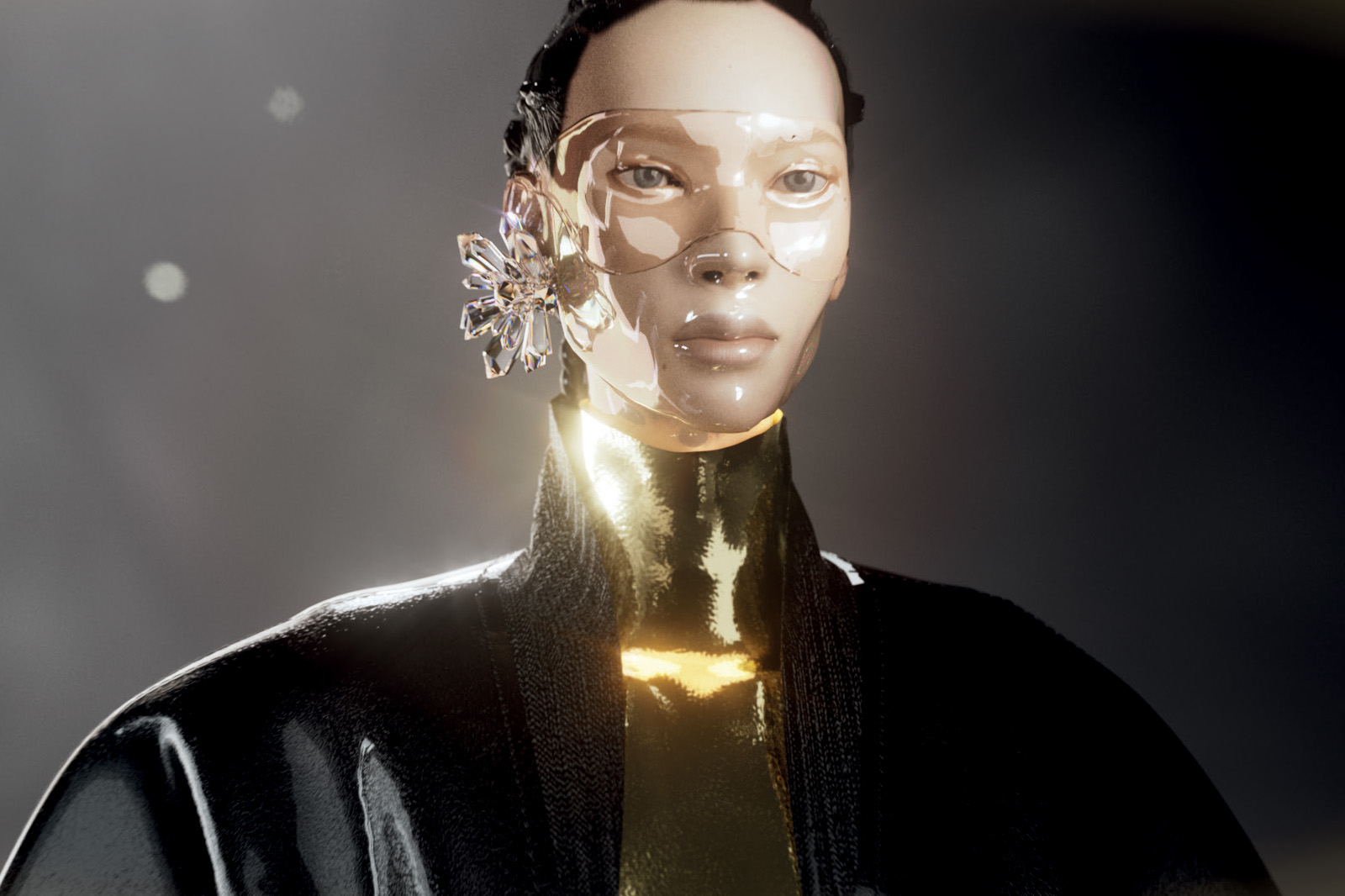 DressX even has a ‘how to wear’ section on its site, in which it offers advice for buyers on how to take the right photo: ‘make sure your physical look pairs well with the digital outfit in cases when your metalook is transparent, unzipped, unbuttoned’ etc. Then there’s The Dematerialised, which deals exclusively in NFTs. It sells a range of items including a capsule collection by Rebecca Minkoff.

This second NFT collection from the designer ‘encapsulates the confidence and limitless potential of the modern goddess’. For €1,000 you can own a 3D usdz file, 2D png files and an mp4 video of a predominantly crystal, shimmering look that can be worn in Snapchat and Instagram. 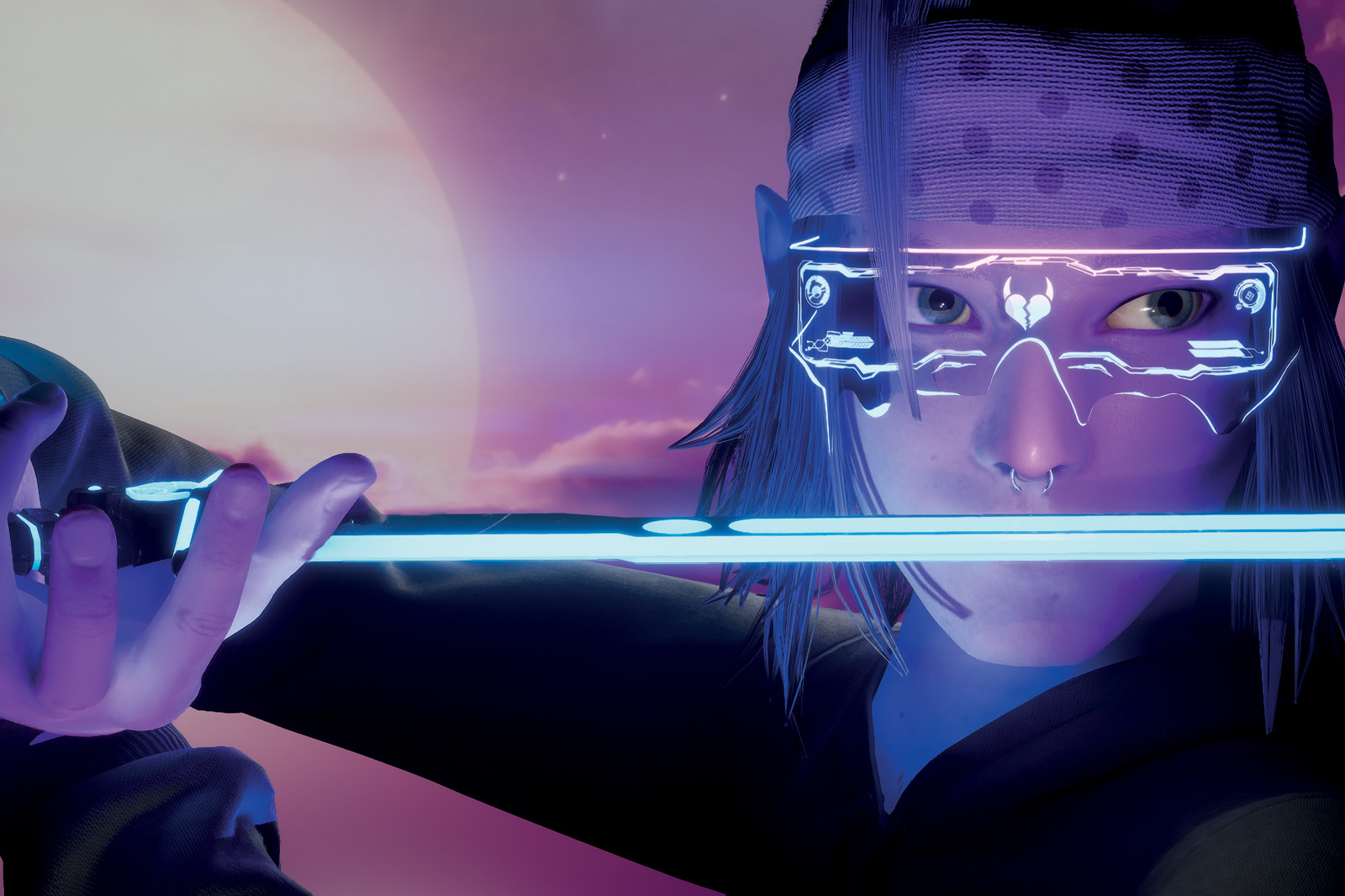 While this sounds laughable, the NFT market is no joke. It’s worth nearly $41 billion in its own right as of January 2022, according to blockchain analytics firm Chainalysis Inc. What people are spending their hard-earned money on now is the potential of what these items could be.

There is talk of outfits being able to be ‘worn’ across the Metaverse, in different pieces of software and mergeable worlds. Some are seeing NFTs as investments, and as they can be traded on in the same way a physical asset can, there’s potential for rare NFTs from lauded designers to appreciate in the future, in the same way a limited run pair of sneakers can be flipped for a profit. 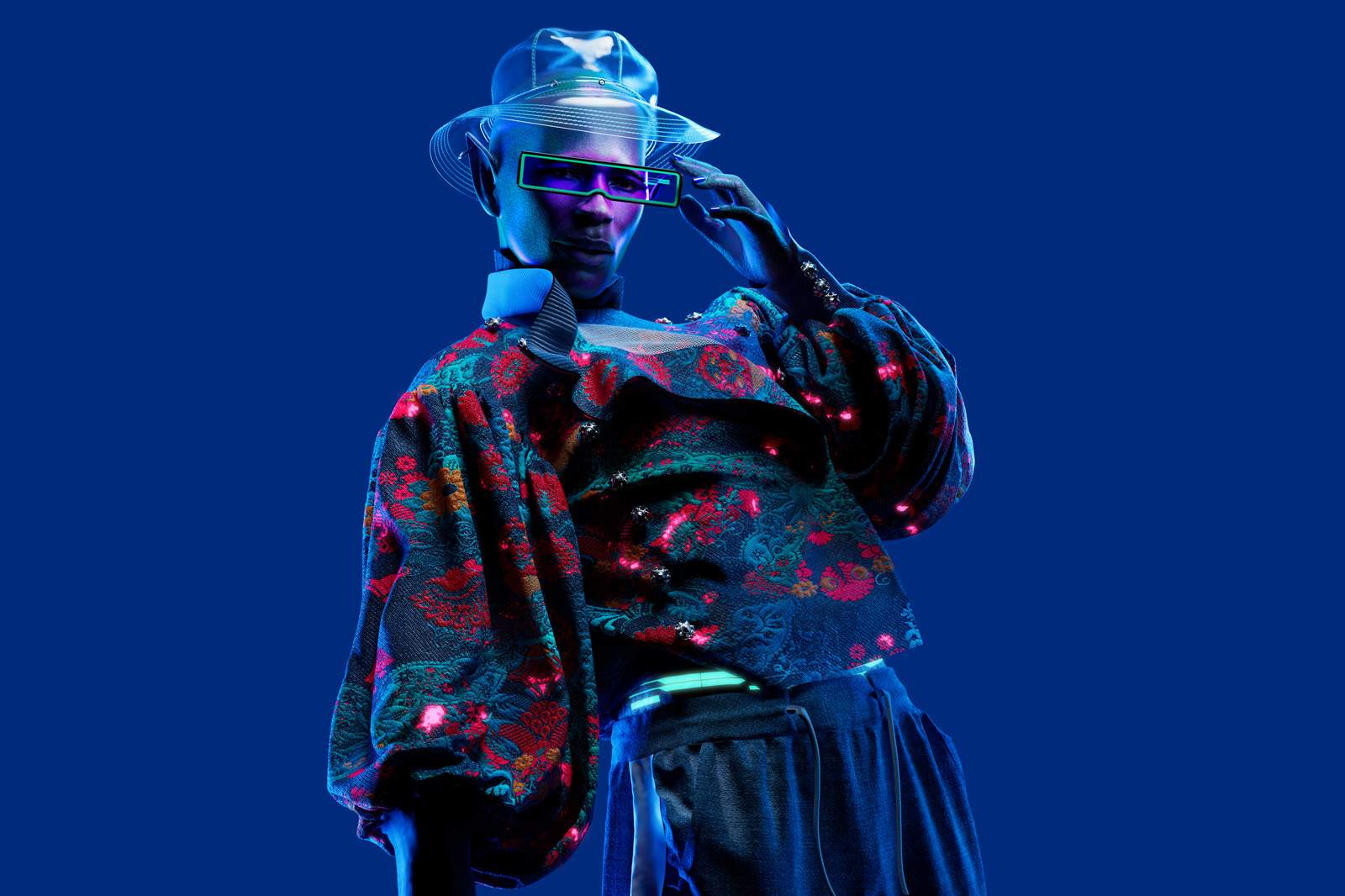 And then there’s the Metaverse Fashion Week. The first in what is expected to be an annual event, MVFW took place in March 2022 within Decentraland, a 3D, browser-based virtual world that’s currently one of the largest Metaverse spaces. 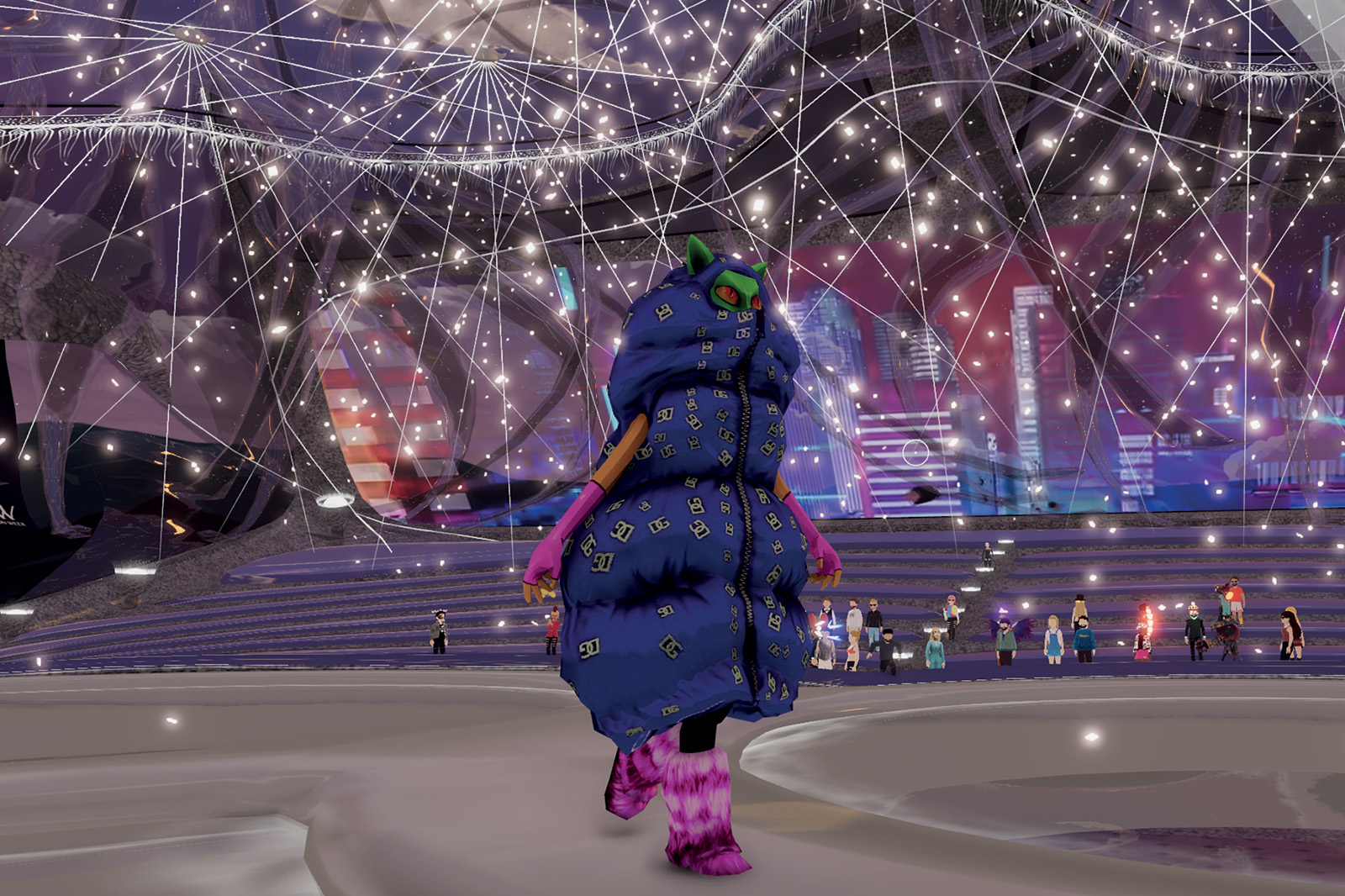 MVFW is interesting because it democratises the famously elitist fashion world. Users can virtually attend talks with industry figures, dance at digital after parties and sit on the front row of a live catwalk show; things that aren’t usually possible for the average consumer. None of it is of course real in a traditional, physical sense. But for Generation Z, the first true digitalnatives, where an online presence is often just as important as a real life one, this likely doesn’t matter.

Unfortunately (depending on how you look at it) MVFW wasn’t particularly successful. Low attendance, low graphical fidelity and a few technical issues put a damper on what would otherwise have been an intriguing event. Still, even physical shows have teething issues and they’re not beholden to cutting-edge tech. 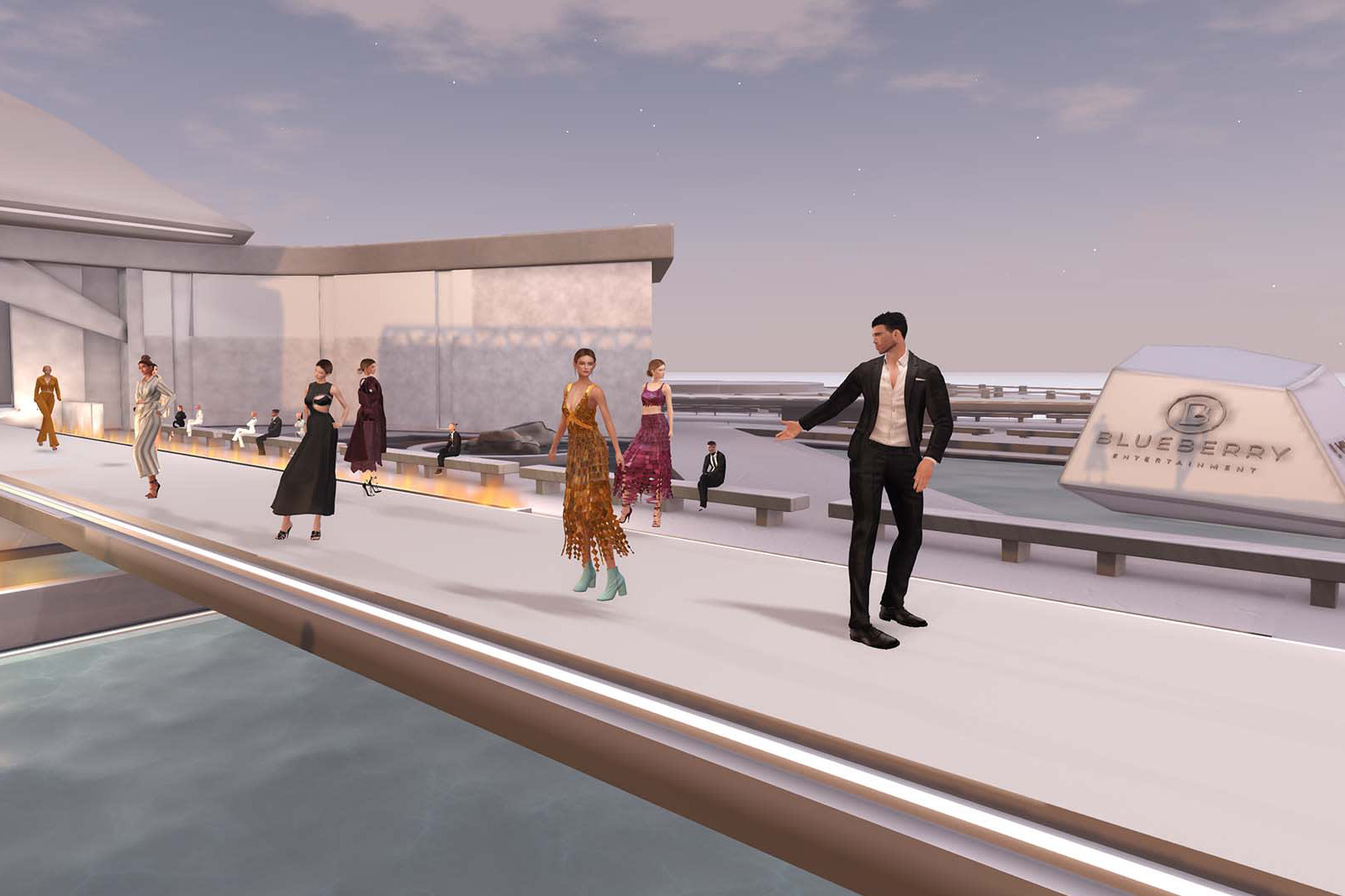 In 1995, Clifford Stoll wrote in an article in Newsweek titled, ‘Why the web won’t be nirvana’. In it he noted sarcastically that “visionaries see a future of telecommuting workers, interactive libraries and multimedia classrooms. They speak of electronic town meetings and virtual communities. Commerce and business will shift from offices and malls to networks and modems.

And the freedom of digital networks will make government more democratic. Baloney. The truth is no online database will replace your daily newspaper, no CD-ROM can take the place of a competent teacher and no computer network will change the way government works”. 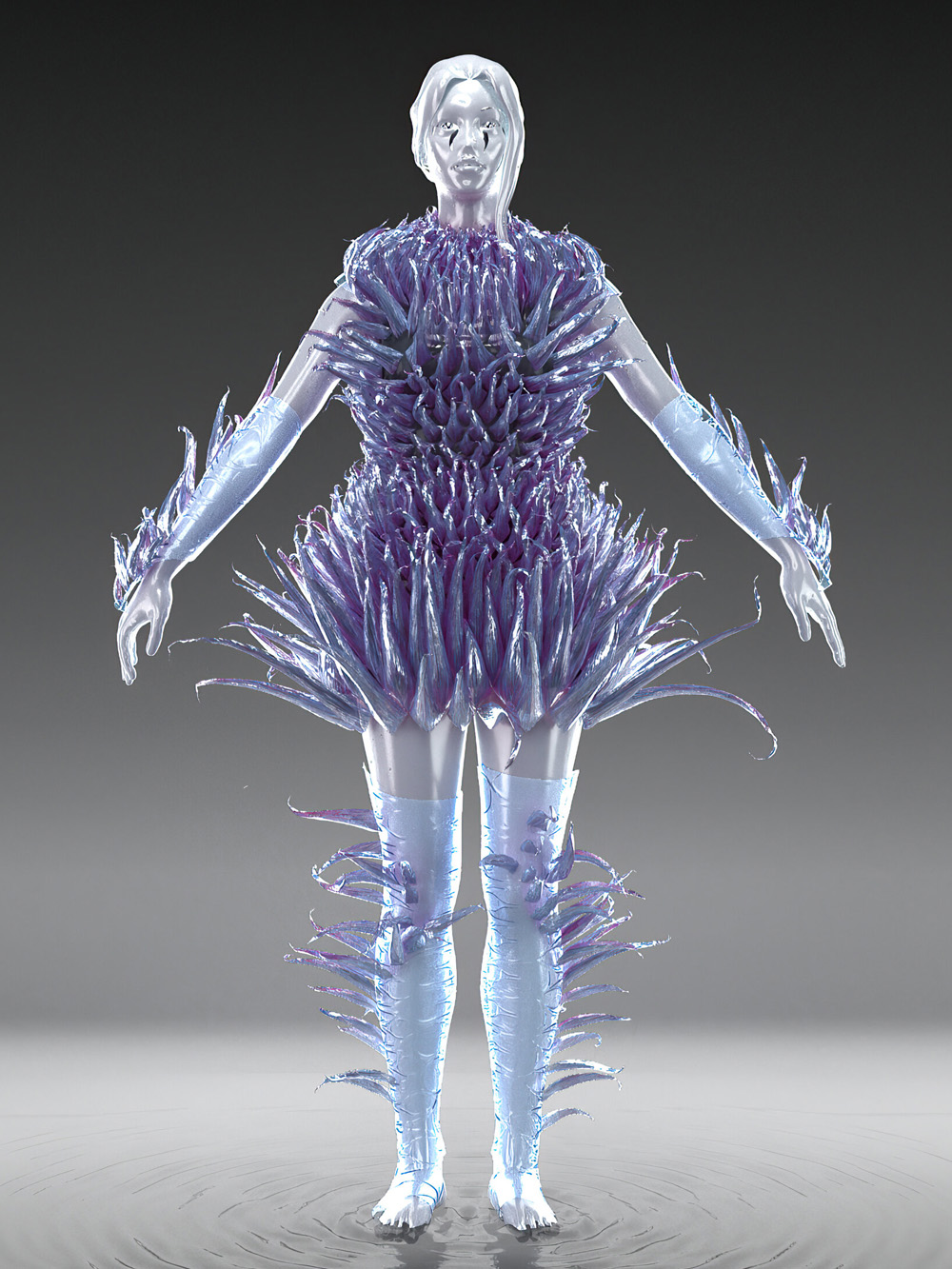 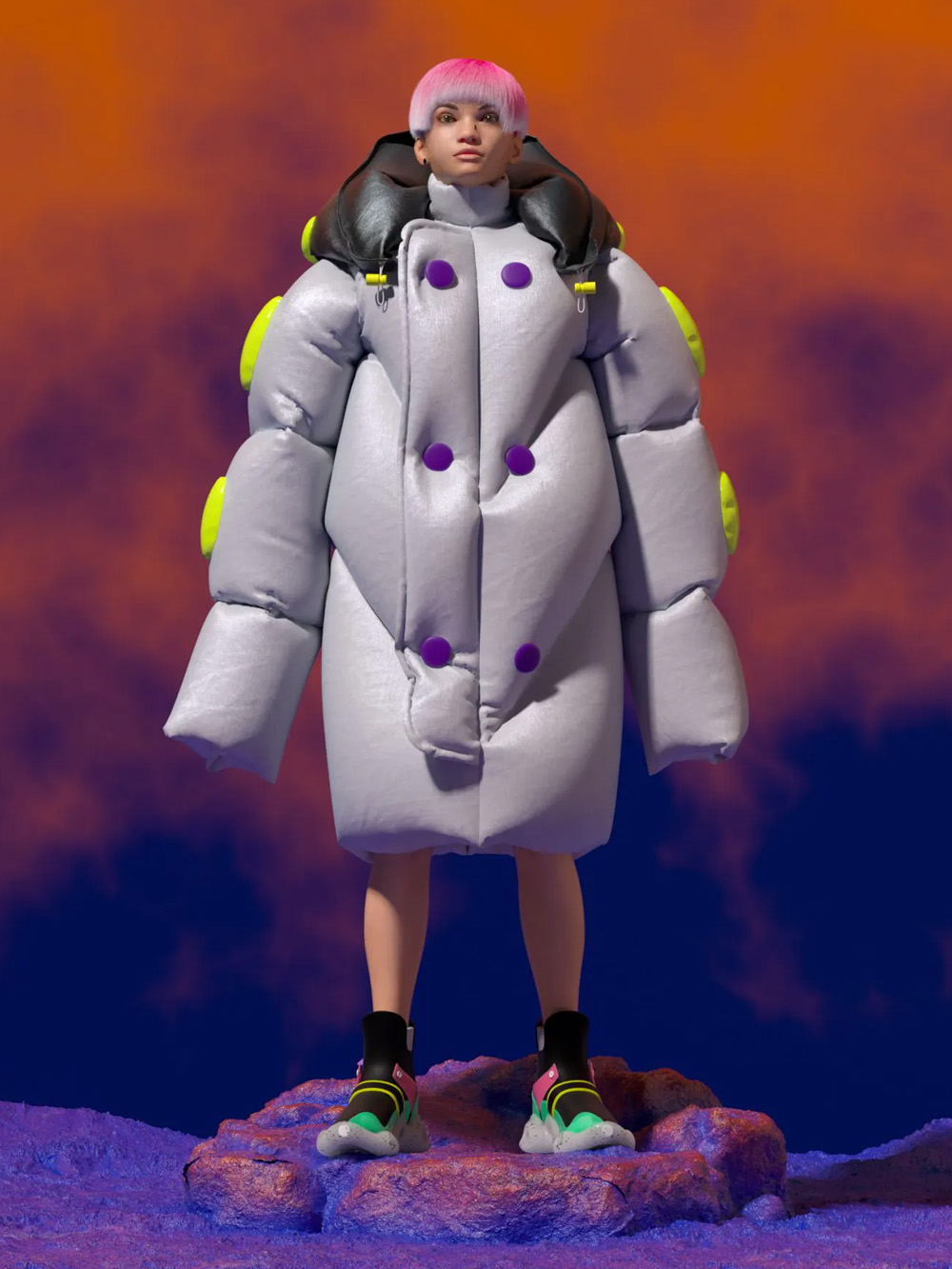 Writing off the Metaverse in a similar way is the easy and logical thing to do. It seems niche and doesn’t make much sense, but then big ideas rarely do at first. Perhaps it will succeed or perhaps it will be a multi-billion dollar mistake. Either way it’s likely to influence wider culture, whether it’s the next generation’s Habbo Hotel or the future of luxury consumerism.

Charlie Thomas is a UK-based writer and photographer. An eternal pessimist, he has an equal love of both fine food and KFC. His work has appeared in The Independent, The Times, NME, the London Evening Standard, Tatler and Esquire.