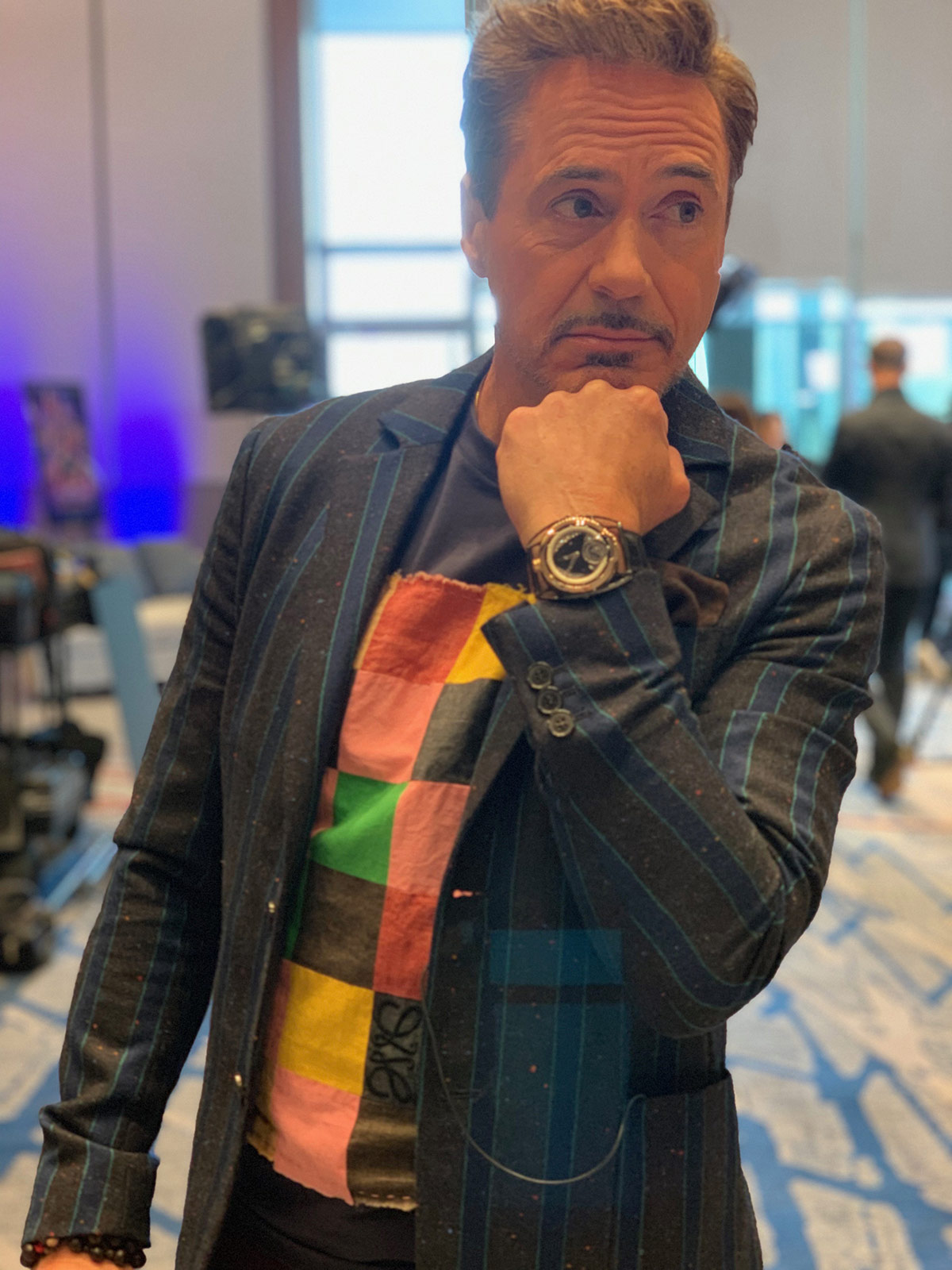 Like about half the population, I just got back from seeing Avengers: Endgame. It’s goddamn fantastic and I’ll fight anyone that says otherwise. While I’m tempted to throw up a few spoilers – come on, by the time this is in print it’ll have been out a solid month – but I won’t. Instead, we’re here to discuss its star, the man whose rendition of a billionaire playboy philanthropist all but founded the Marvel Extended Universe: Mr Robert Downey Jr. 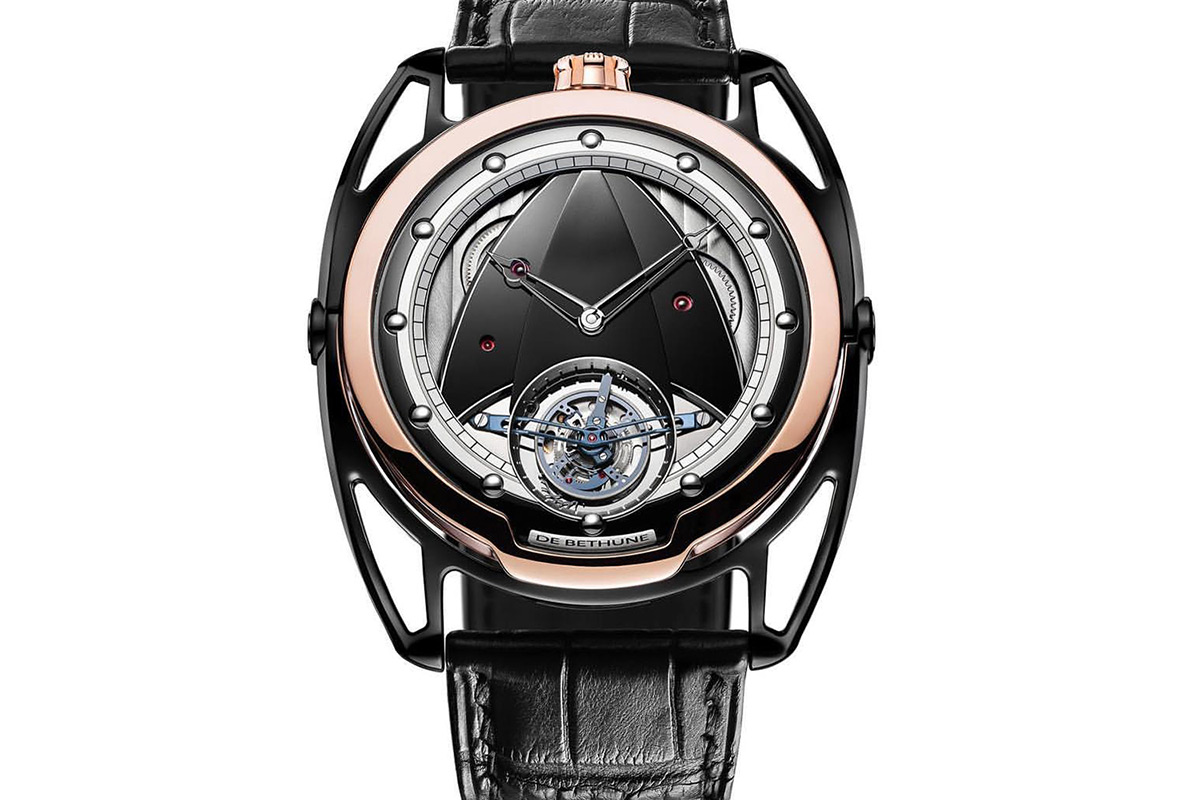 Tony Stark likes to spend, whether that’s on clifftop Malibu mansions or the occasional cutting-edge weapons system. It’s why on screen he’s worn Bulgaris and, like his equally-goateed rival, a Jaeger-LeCoultre. While not on set however the actor manages to kick things up a notch or two. RDJ has seriously good taste in watches. His eternal horological favourite seems to be a bold choice, but then Urwerk is a nice fit for an actor so closely associated with a metal man. His UR-111C Black Cobra is a regular co-star and pretty hard to miss. It shows an appreciation for the unique, independent style of watchmaking that we can very much get on board with. 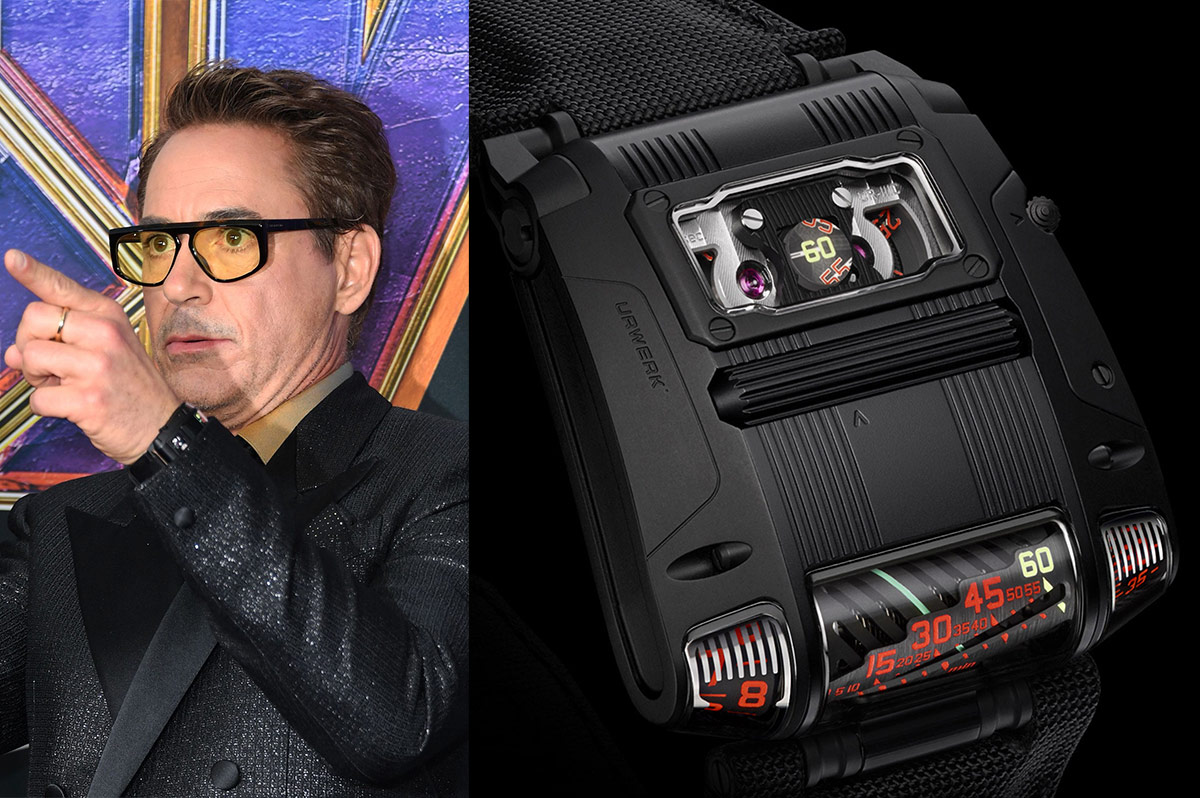 That said, more recently Urwerk has had some competition for Downey Jr’s wrist real-estate from another cool independent: De Bethune. He was wearing a pair of the manufacturer’s watches throughout the all-important Endgame press tour, both of which come from the DB28 collection, one of its most recognisable. They are, dare we say, a little more refined than his Urwerk, but still have the same, instantly-recognisable style RDJ obviously favours. More importantly, it’s the kind of brand he must have chosen to wear; De Bethune isn’t exactly on par with Rolex in the ambassadorial sponsorship game. This is a genuine appreciation of haute horology.

Oh, and if De Bethune and Urwerk weren’t enough, he’s also been seen wearing the phenomenal Greubel Forsey GMT Tourbillon. For collectors, it’s a watch that pretty much is the endgame. And anyway, the less said about RDJ’s dodgy Speedmaster the better.