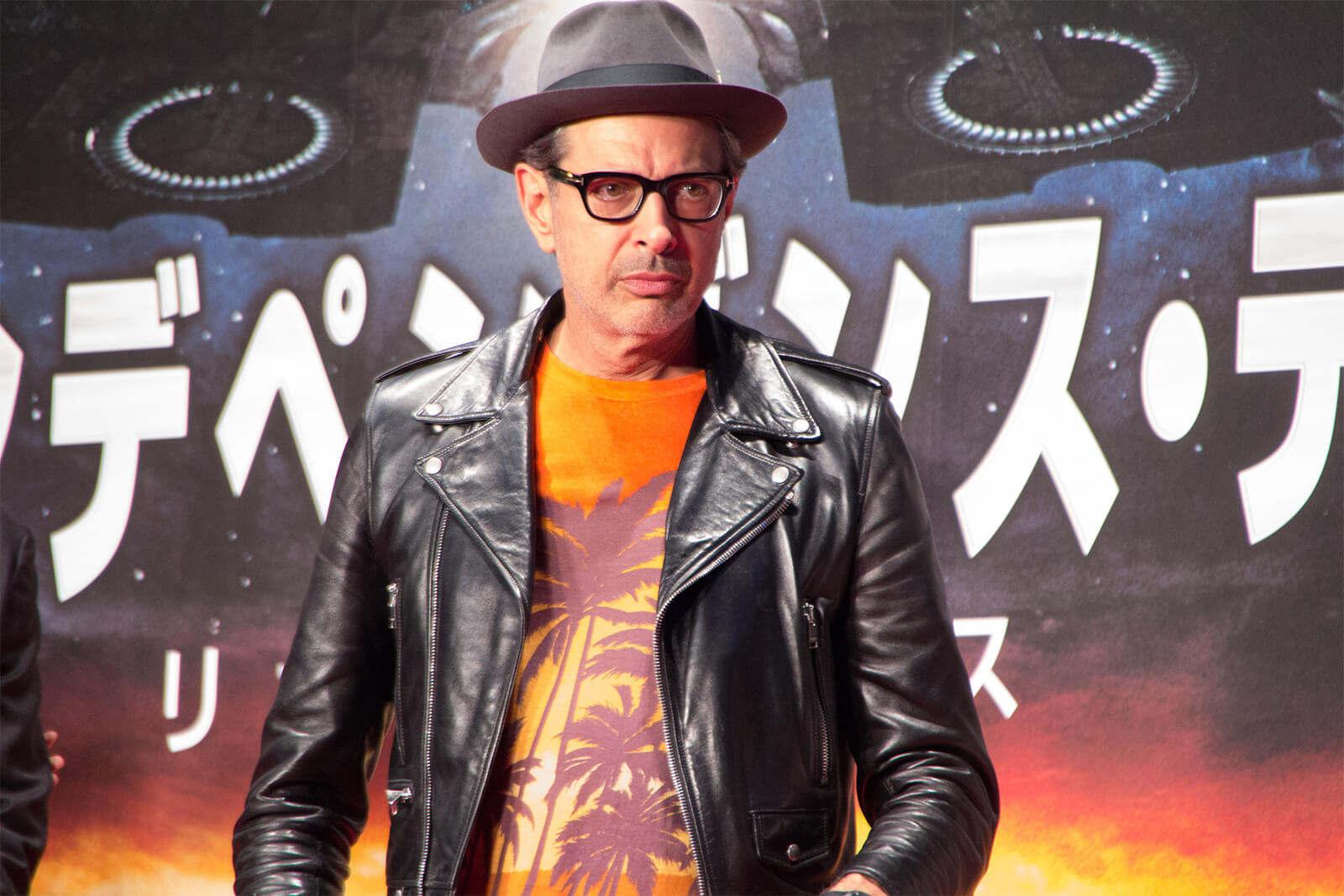 Jeff Goldblum exists in the grey area between social hedonist and pretentious college art project. He meanders from film to film doing one thing and one thing only: being Jeff Goldblum. Granted that might stretch the definition of acting, but it’s led directly to his Hollywood renaissance. Plus, who cares? More Jeff Goldblum can never be a bad thing. He’s a living cultural phenomenon and the world can’t help but love him. Perhaps a little too much. 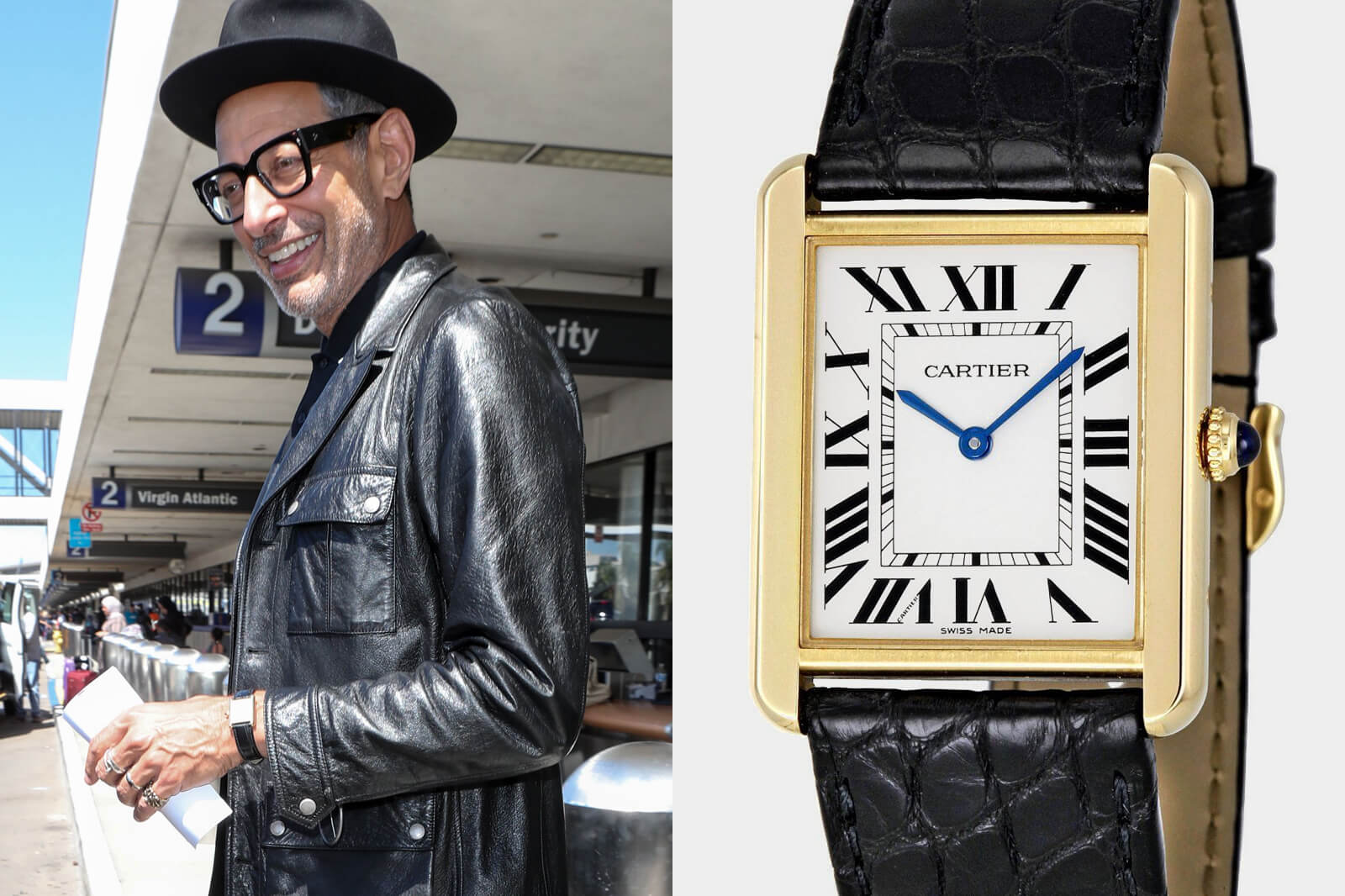 Still, we’re not the only ones. To mark 25 years of Jurassic Park, what do you think the creators immortalised near London’s Tower Bridge? A T-Rex? A velociraptor? Nope, a leather-clad, bare-chested Goldblum. For the everyday person all that attention might go to one’s head. When you’re the king of cool revered with almost religious fervour and irony in equal measure, you could be excused a touch of egotism. On his wrist at least, that’s not a problem with Goldblum.

He does like his watches, just not the usual superstar flashiness you might expect. His own flamboyant style, all bright floral prints and many, many hats, is a nice contrast with the classical Cartier Tank Santos he wears everywhere. It feels like an authentic match; after all, can you imagine Goldblum repping anything he didn’t believe in? Heavens forfend. 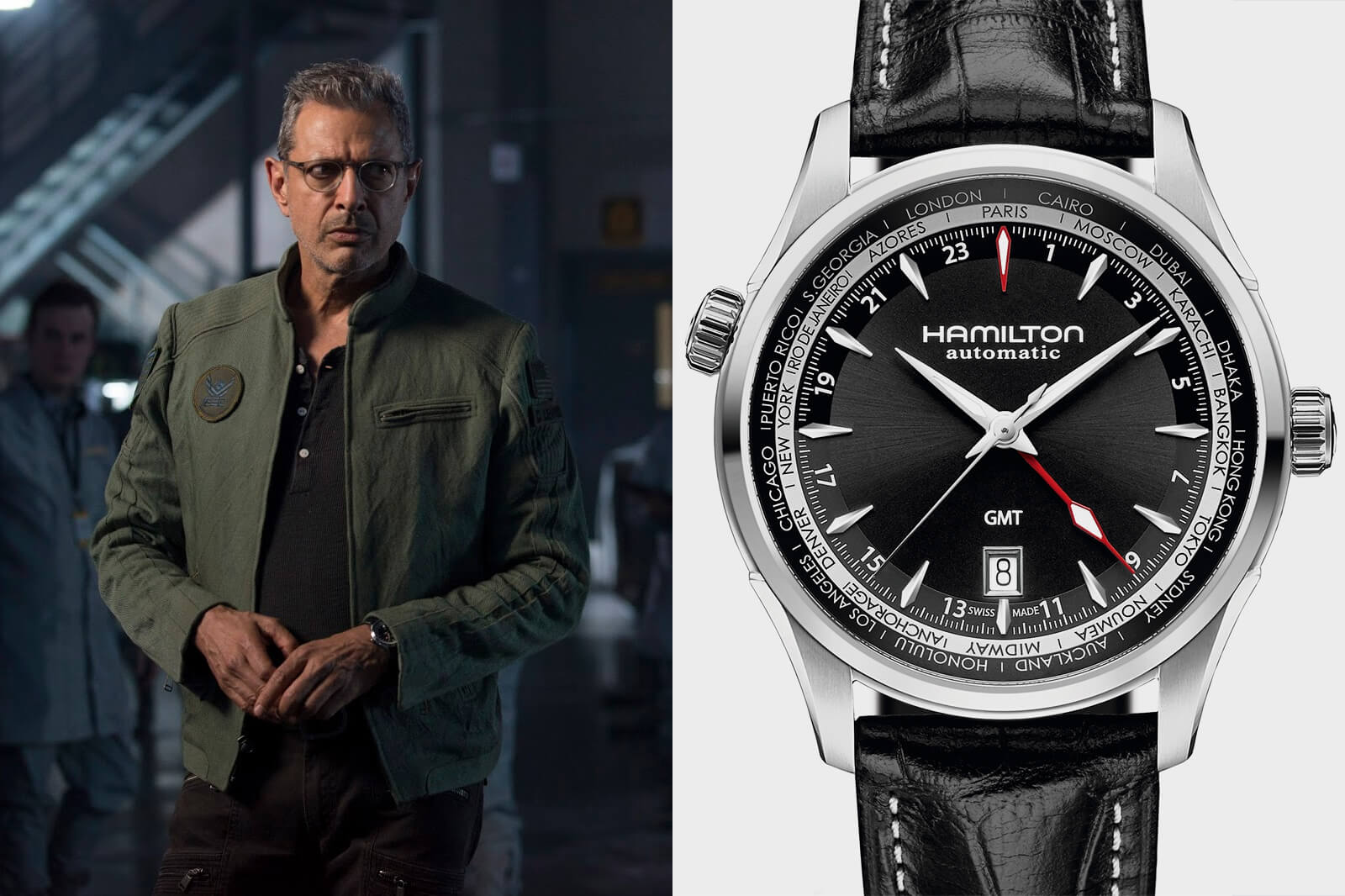 On screen he’s tended to be even more modest and, even if it was more a choice of wardrobe than the actor, he’s worn plenty a Hamilton in his time. Sure, the same can be said nowadays about any leading man given the Swiss/American brand’s prevalence on the big screen, but the Jazzmaster GMT from Independence Day Resurgence looked right at home on Goldblum’s wrist. 2018 was the biggest year in Jeff Goldblum’s career, a resurrection of his own cult of personality that’s launched him back into the stratosphere where he belongs. At least his watch collection is managing to keep him grounded.