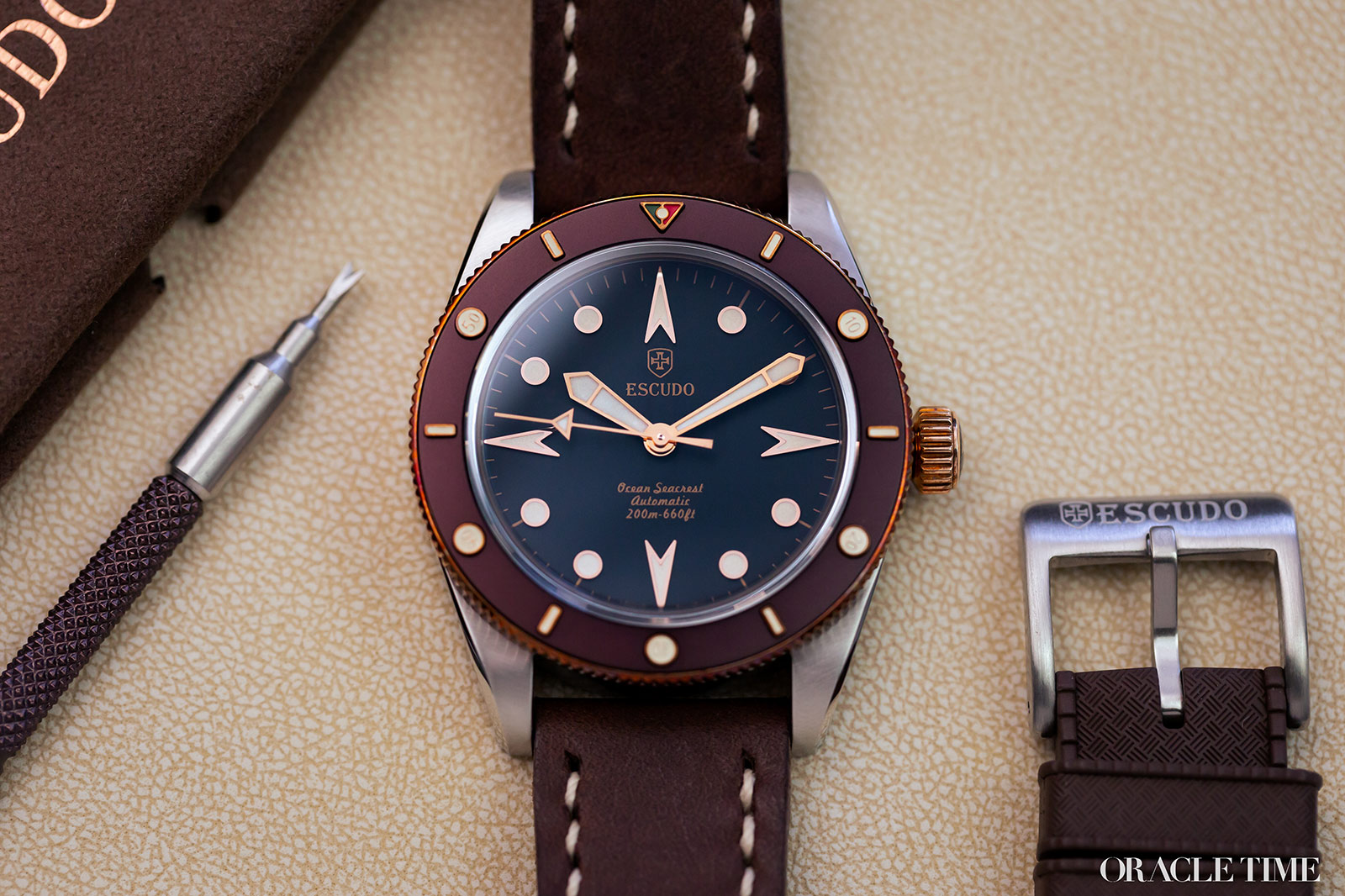 Microbrands love diving watches. For every cool, unique racing watch or pilots’ piece, there’s a generous handful of unidirectional rotating bezels and solid water resistances. That’s what we’ve come to expect, diving watches are incredibly popular after all, but it does make standing out from the crowd hard. The best way to do it? Take an established design and make it your own. Case in point, the Ocean Seacrest from Portuguese brand Escudo.

Now, it’s no secret that there’s more than a touch of the Black Bay to the Seacrest. It has a similar 39mm stainless steel case, an almost identical crown and a (slightly more pared-back) bezel with the same grip, thickness and overall look. In short, if you saw its silhouette, you’d assume Tudor. That said, it’s an often-imitated design that Escudo has made all their own. 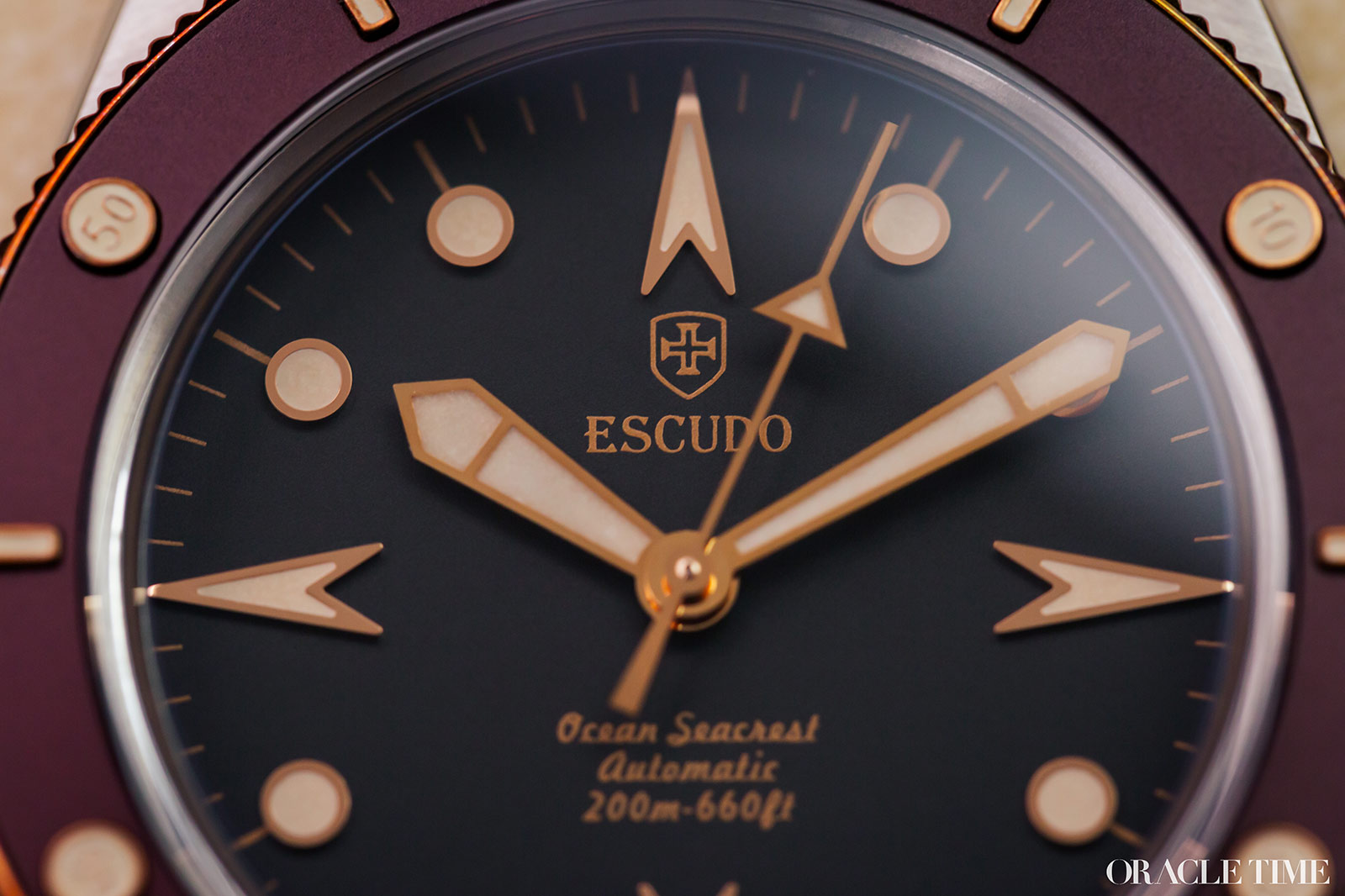 Escudo, in case you’re not up on your financial history, is a now-defunct Portuguese currency – the same coins on which you can find the cross that doubles as the watch brand’s logo. With that in mind, it’s no surprise to find out that Escudo is inspired by historical explorers.

It’s a theme that manifests itself in both the Portuguese colours on the diving bezel’s 12 o’clock market (doubling as a nice little flash of colour) and the absolutely inspired compass point indexes at 12, three, six and nine o’clock. The long arrows might be a touch small, but they work far better than they have any right to, turning a standard dive watch layout into something genuinely cool. It hints that, while Escudo are definitely playing it safe with their first launch, once the fledgling brand’s on more stable footing they’ll have some genuinely interesting ideas ready to go. 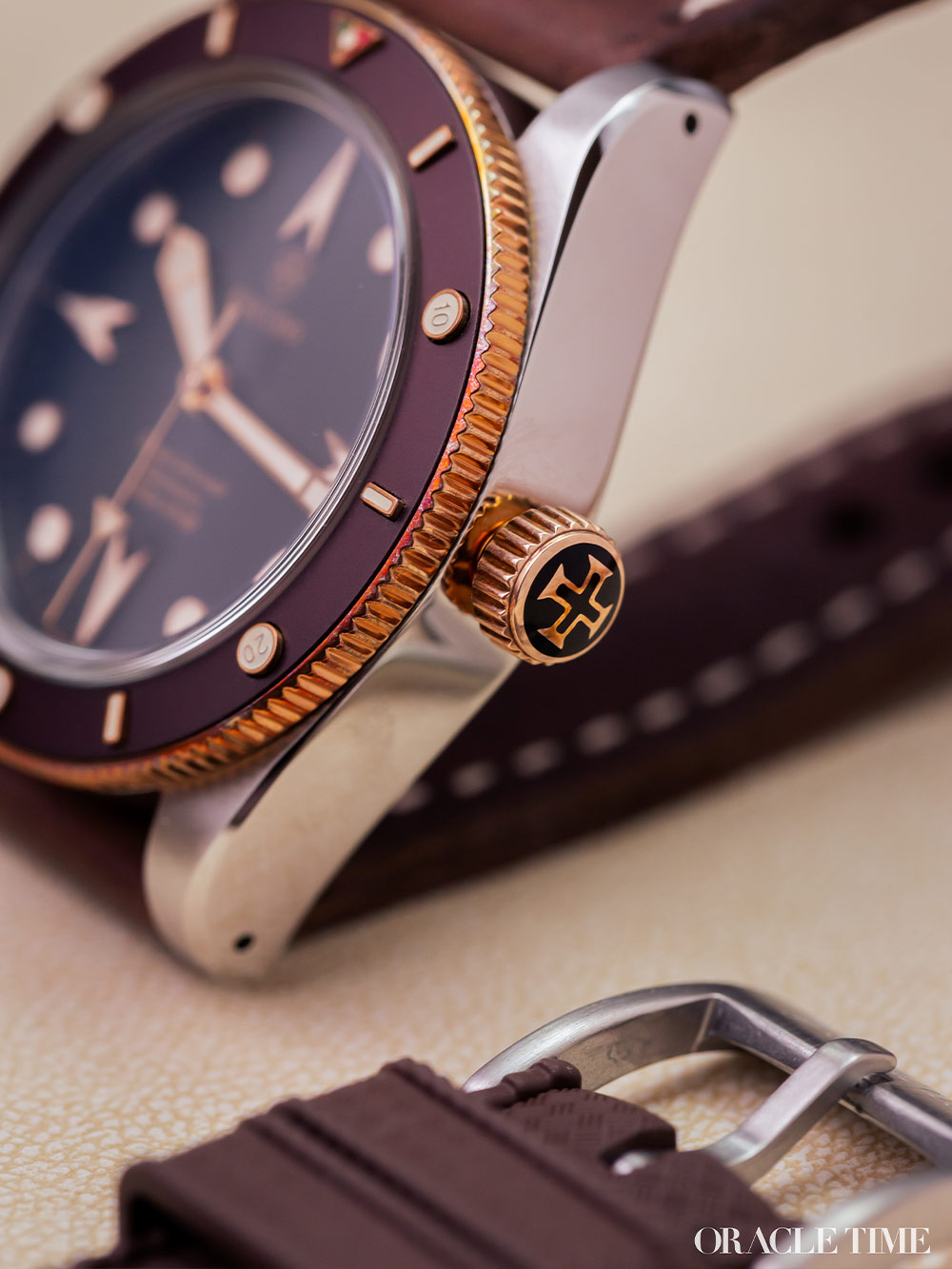 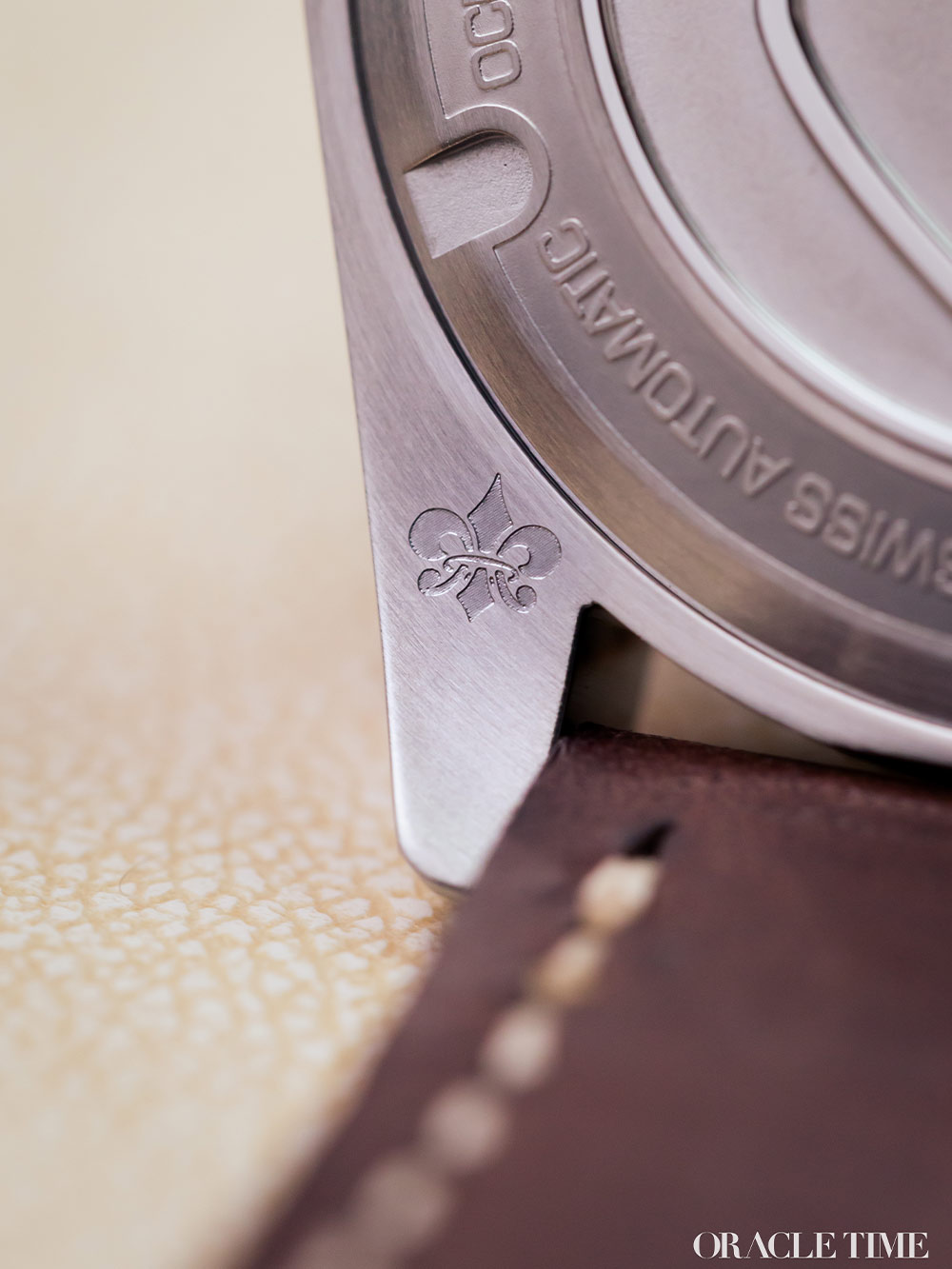 Then there’s the colourway. The Escudo Ocean Seacrest currently comes in three variations. The black and blue versions come with bezels matched to the dials. The Chocolate Bronze on the other hand is a completely different vibe. Rather than utilitarian, the mix of bronze-rimmed, brown bezel, black dial and bronze-edged numerals bring some much-needed old-world glamour to bear. 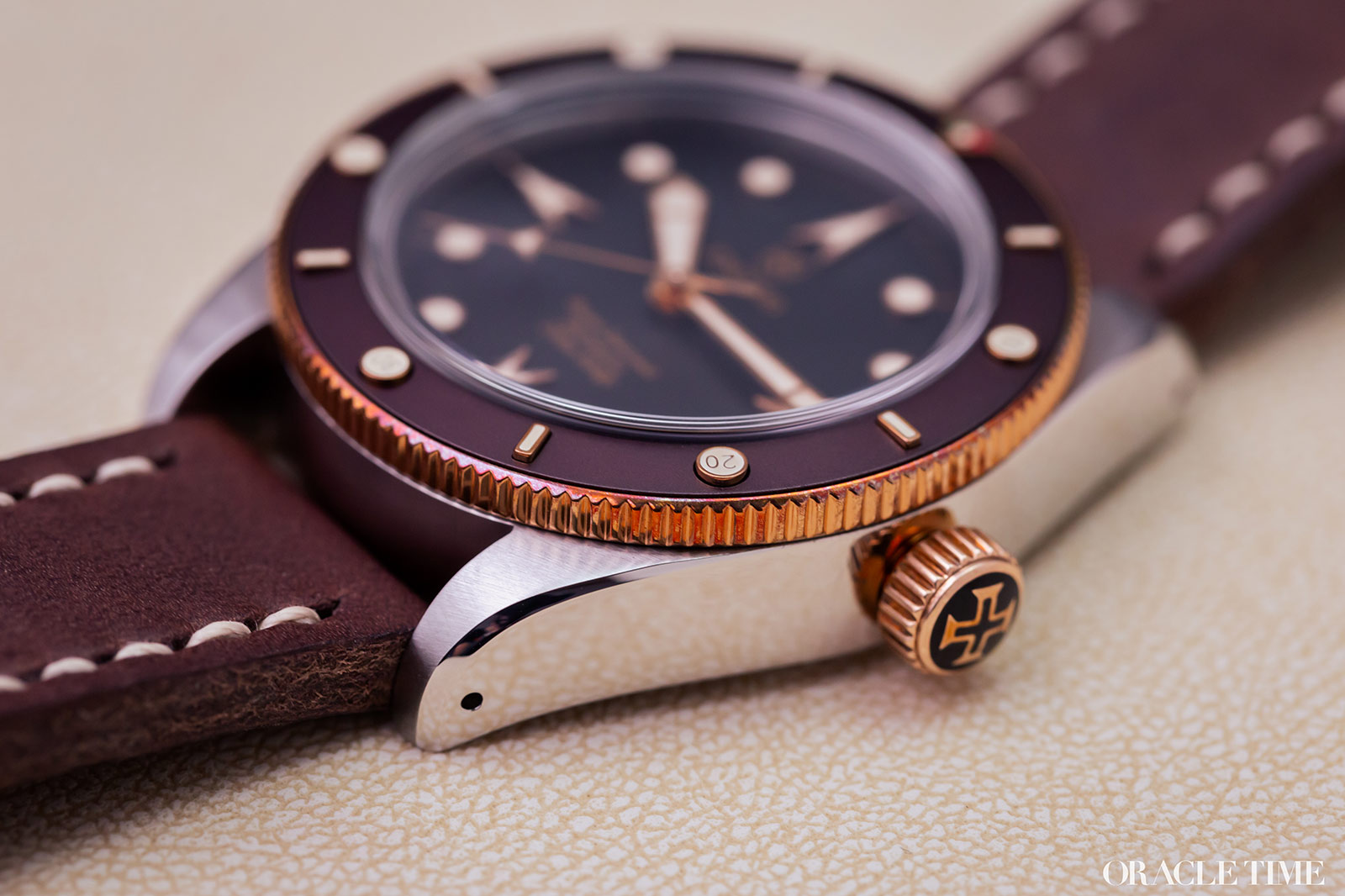 I’m a huge fan of contrast bezels, especially something a bit more unusual and not just blue, black, or green. I also love the small touches of bronze here and there – I love the metal, I hate the patina, so moderation is the name of the game as I don’t want to have it polished up every few weeks. And I love brown. It’s shorthand for modern vintage and for some reason not used nearly enough.

Put together, the Ocean Seacrest is one of the loveliest looking divers I’ve come across for a while. What it loses in originality, it more than makes up for in execution, and the additional explorer-centric details get a lot of good faith from me. 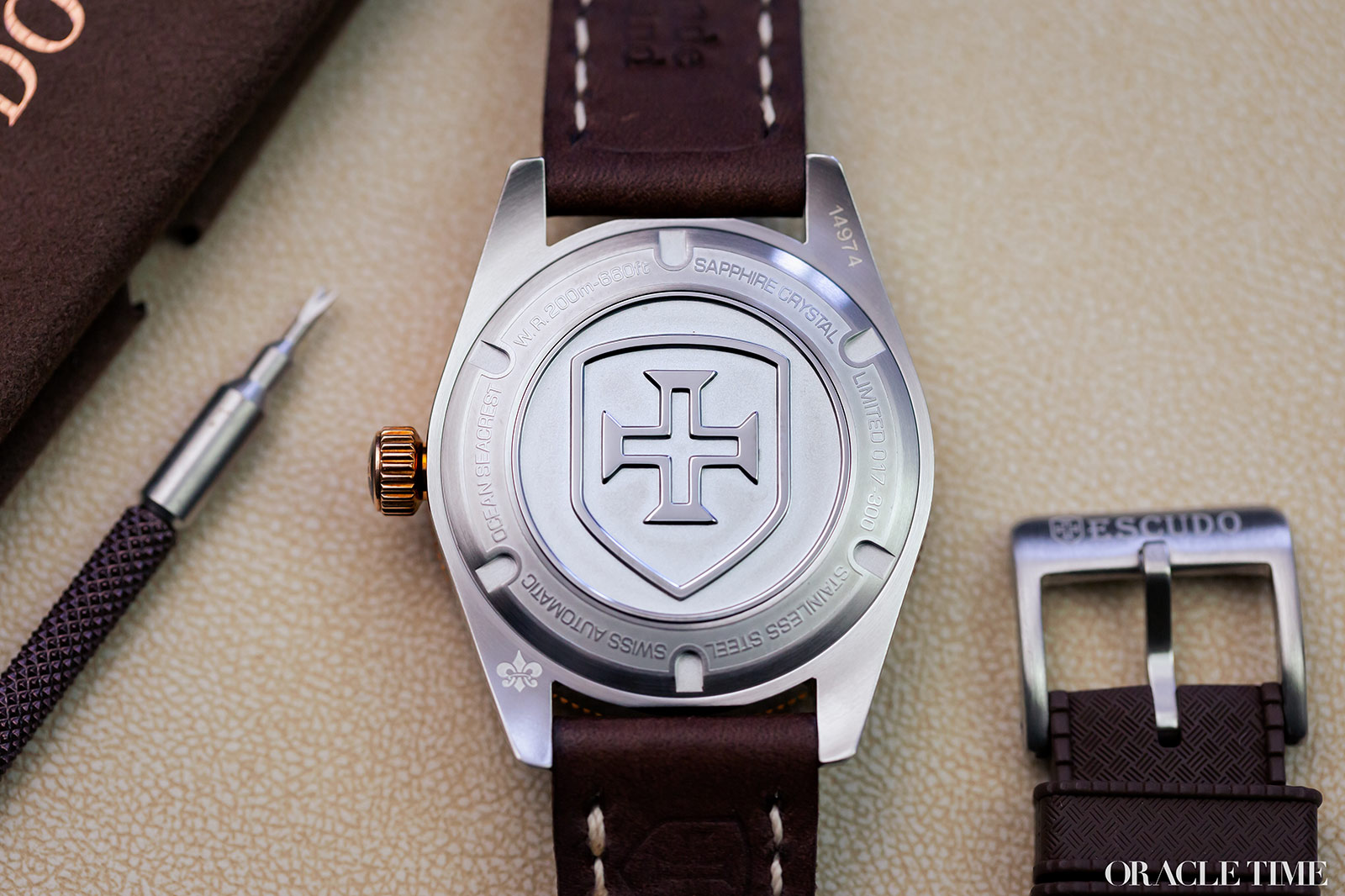 Specs-wise, you’re looking at 200m water resistance with a solid caseback (one that always aligns on a vertical plane so the engraved logo’s oriented the correct way, a nice touch) and a Sellita SW200-1 automatic movement. Escudo are calling it their calibre 1488, but as the specs are the same as the base movement and you can’t actually see any finishing through the solid caseback, I’m not sure how different it actually is. 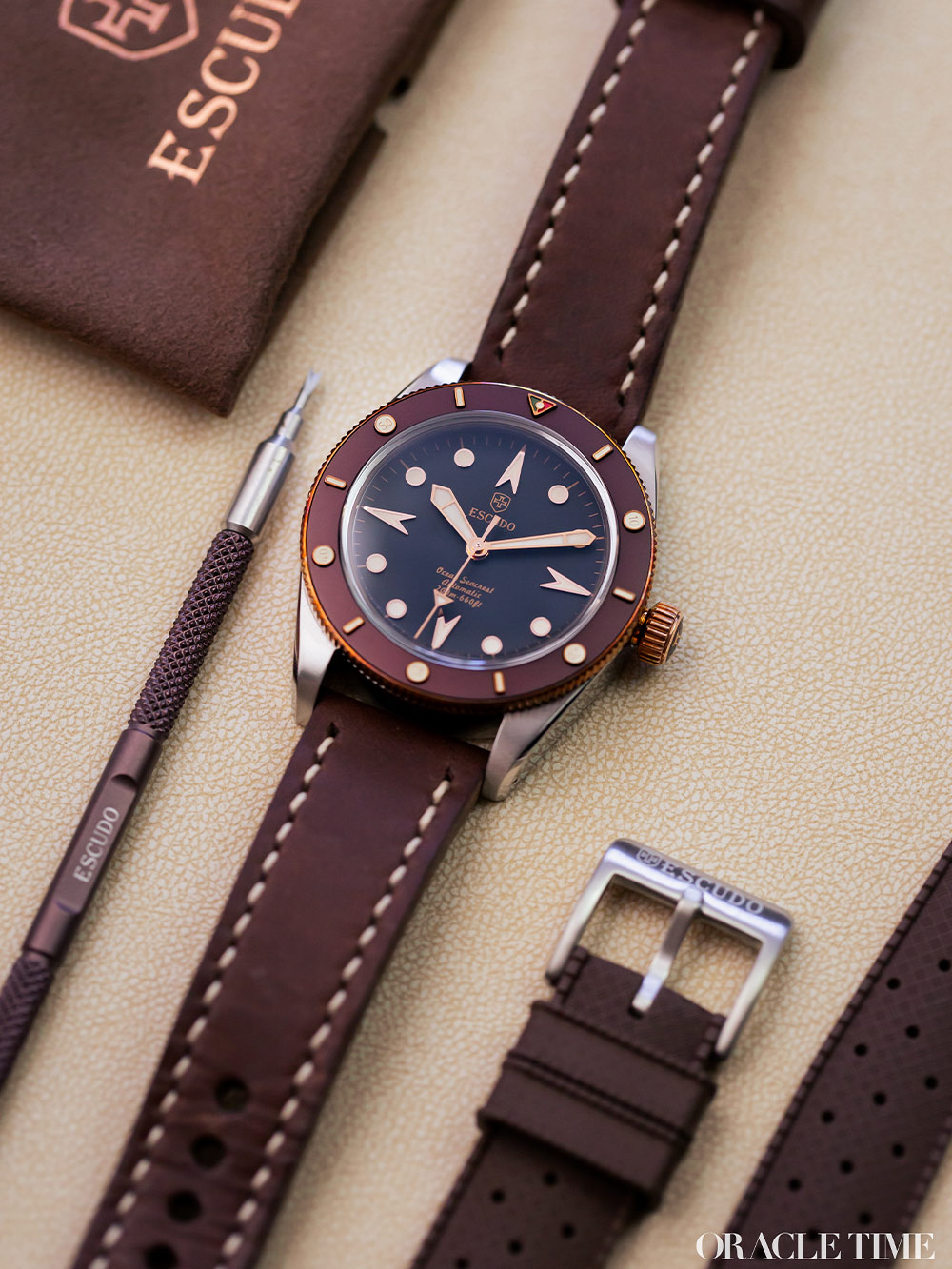 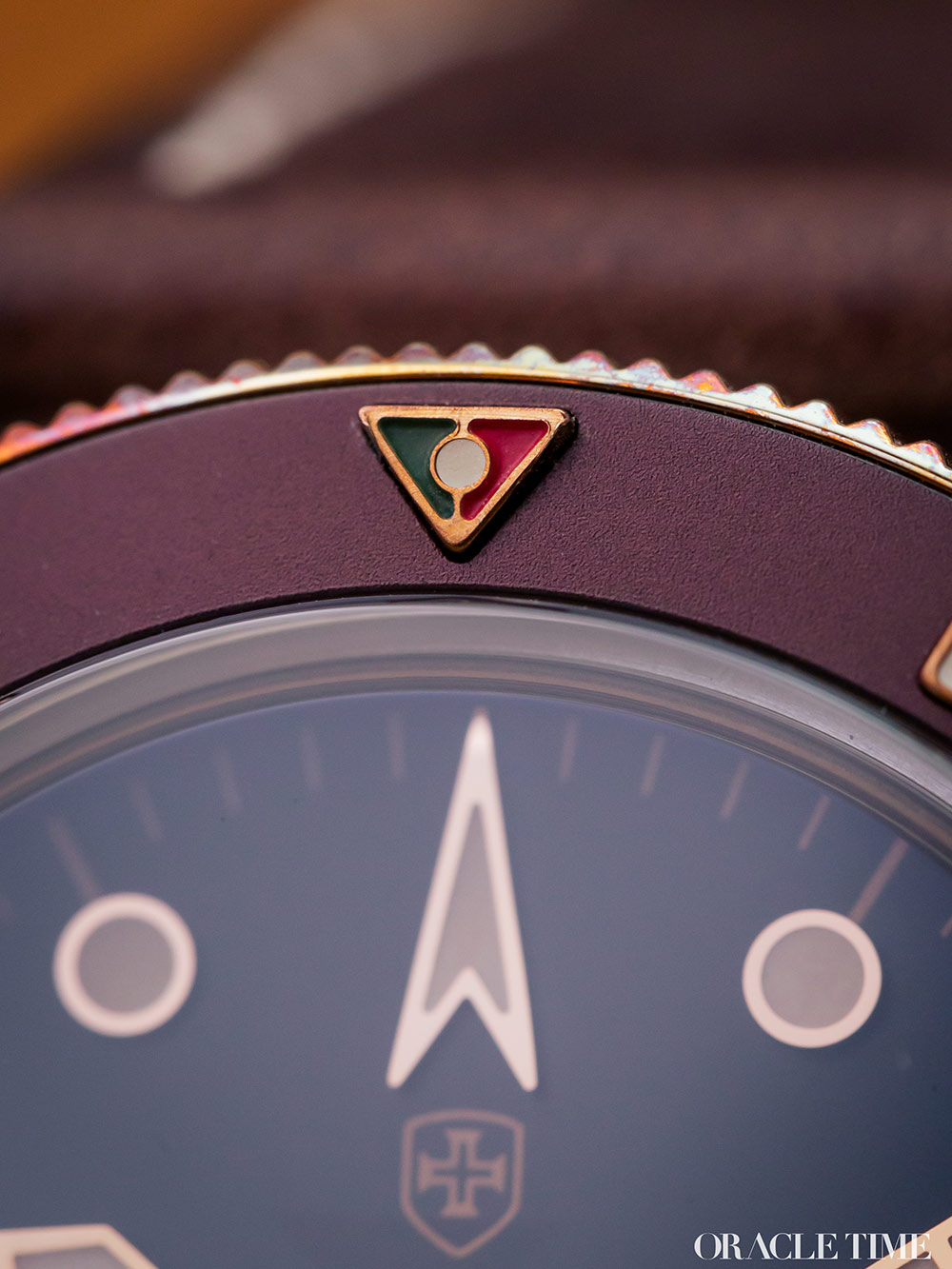 I wish I did have more details because at £1,650, it feels a little pricey for a Sellita-equipped watch these days. For just a little bit more you can get yourself the equally retro Oris Divers Sixty-Five. Obviously with the Seacrest you’re supporting a small new brand but still.

On the flipside, there’s enough design savvy, novel details and build quality here that you’ll definitely feel like it was worth it. With so many divers following Tudor’s 60s-styled diver blueprint, it’s good to see someone in the same waters charting their own route. And at the end of the day, the Escudo Ocean Seacrest is a damn handsome watch.