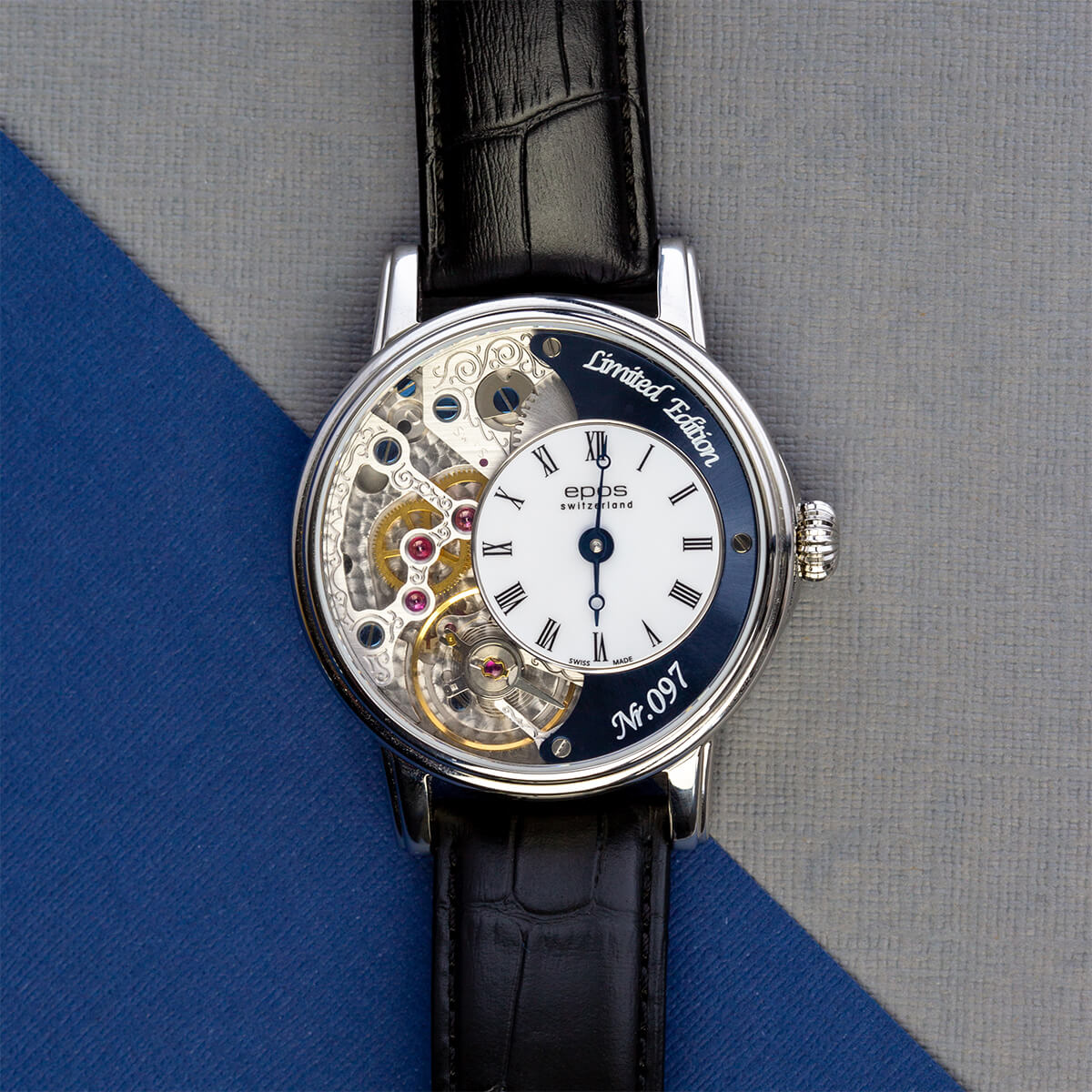 It’s not about what you have, it’s about how you use it – at least that’s what helps me sleep at night. Still, I doubt I’m the only guy out there that lives by the same principal. And it extends to watch companies, too, seeing as that’s the entire ethos of Epos. Its Epthos, if you will.

If you look at the basic alchemical ingredients of an Epos watch you won’t see much to set your blood astir: steel cases around basic Unitas movements. But then even a Picasso is just a few colours put together in a novel way and what EPOS has done with its ingredients is anything but boring.

What we have here is essentially its flagship piece, the Ouvre D’Art 3435 Verso 2 and, at first glance, this is no stock movement. What Epos has actually done however is take the workhorse Unitas 6497 movement and flip it over. 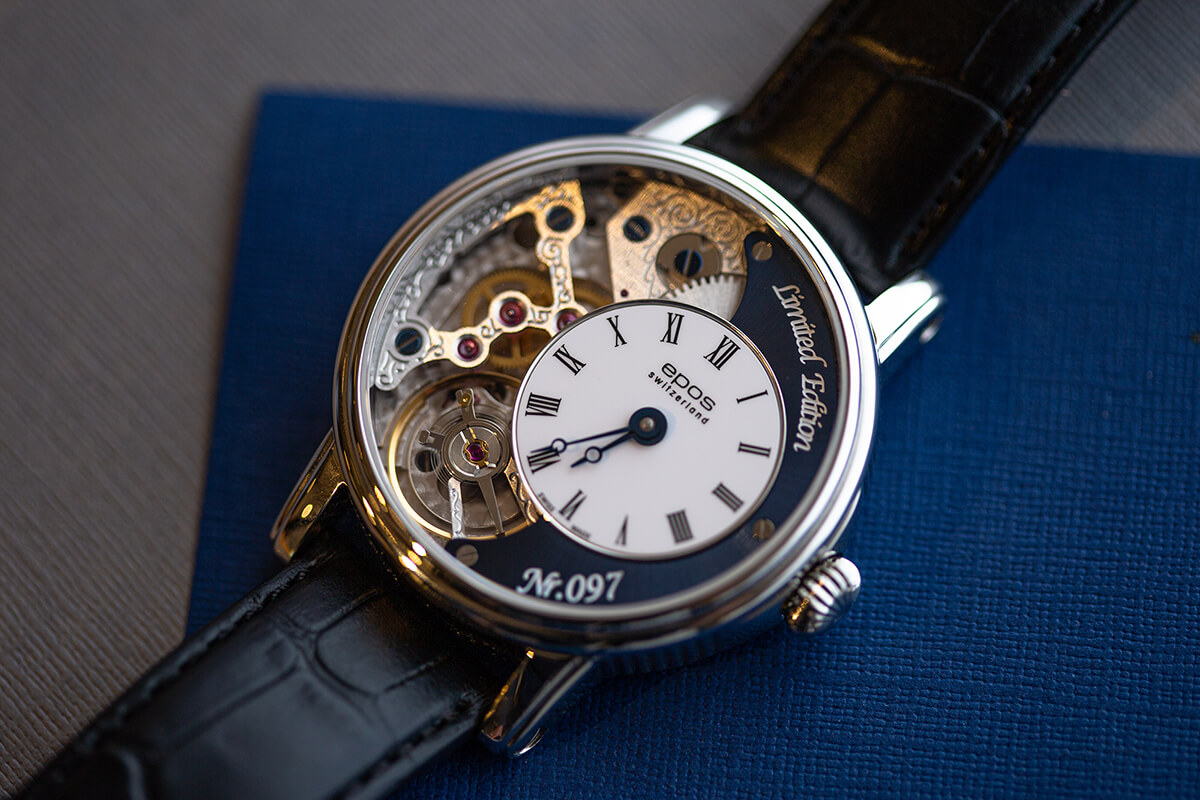 What you’re seeing through the dial is the back of the movement, the same kind of view you’d see through an exhibition caseback. The bridges have then been skeletonised to show it off a little more and then given the kind of scrollwork you’d expect on a hunting shotgun.

The result is something that looks rather more akin to a carriage clock than a mechanically simple wristwatch, and that’s the point. There’s something immensely satisfying about turning something that most watchmakers would try to hide – the Unitas movement – into the something altogether more impressive.

There are downsides to flipping the movement of course; while the minute and hour hands can be moved easily enough, the same can’t be said of the second hand, which is actually mounted on the back. It’s visible through its own exhibition window – and given its own engraved pulsometer to boot – but it’s a shame not to see it on the main dial. 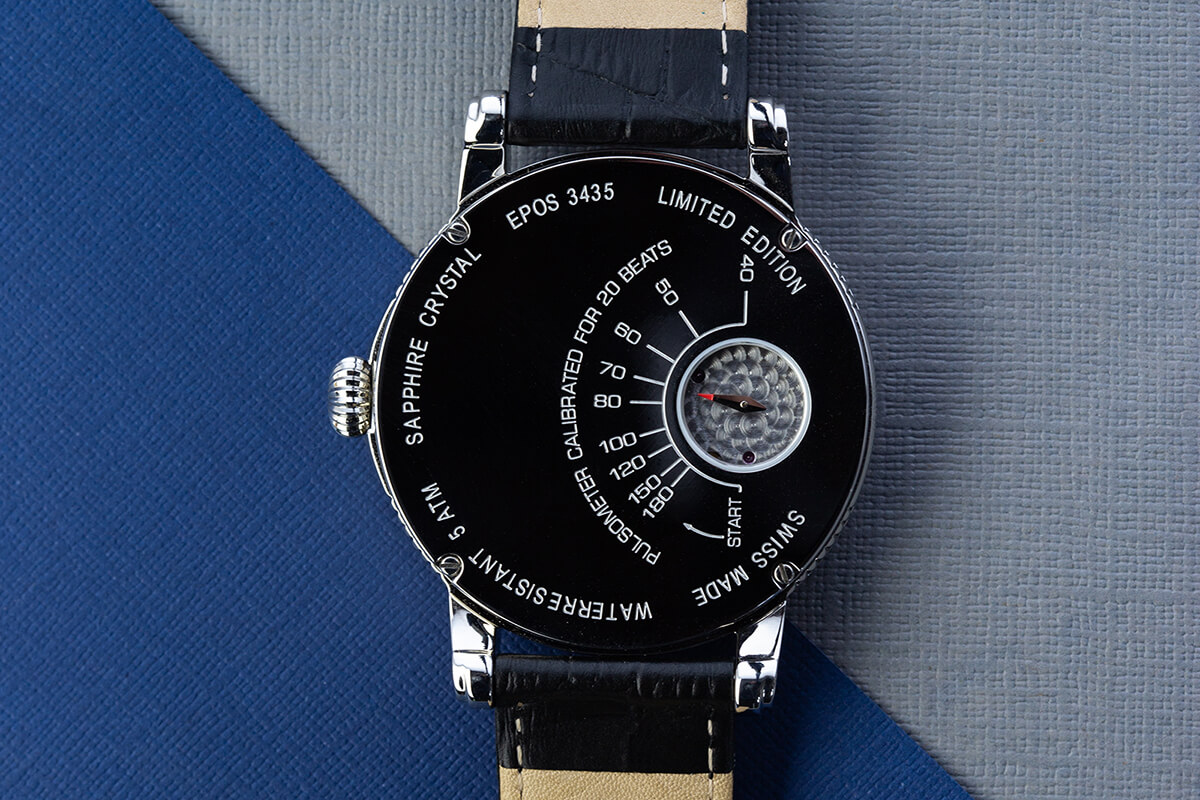 Still, at least you don’t need to worry about whether the hand-wound movement still has power or not. Usually the second hand would be the clearest indicator but with the balance spring on show you can tell instantly if everything’s running smoothly and you still have some of that 46-hour power reserve.

Aesthetically, you’ll either love or hate this watch. I’m with the former, but I can see why some collectors wouldn’t want it on their wrists. It’s carriage-clock looks are a little OTT, especially with the scrollwork, but I do like the classical dial. In fact the only thing I don’t like about its look is the ‘Limited Edition’ lettering on the front. It should be subtle, on the caseback and out of mind.

On the wrist it’s a comfortable enough watch. It’s large at 43.5mm but is still comfortable and the lugs aren’t too long at all letting it sit rather nicely. In fact that case in general is lovely, with a fluted crown and engraved sides to add a little more pomp to the otherwise minimal chunk of steel.

The thing is, what do you imagine a piece like this costs? On the one hand you have pretty cheap raw ingredients; on the other hand you have the kind of inventive finishing you could only describe as artistry. It’s a fine balance… but Epos comes down hard on the affordability side, with this piece coming in at £1,730. 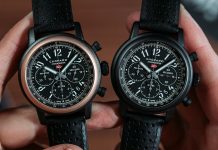