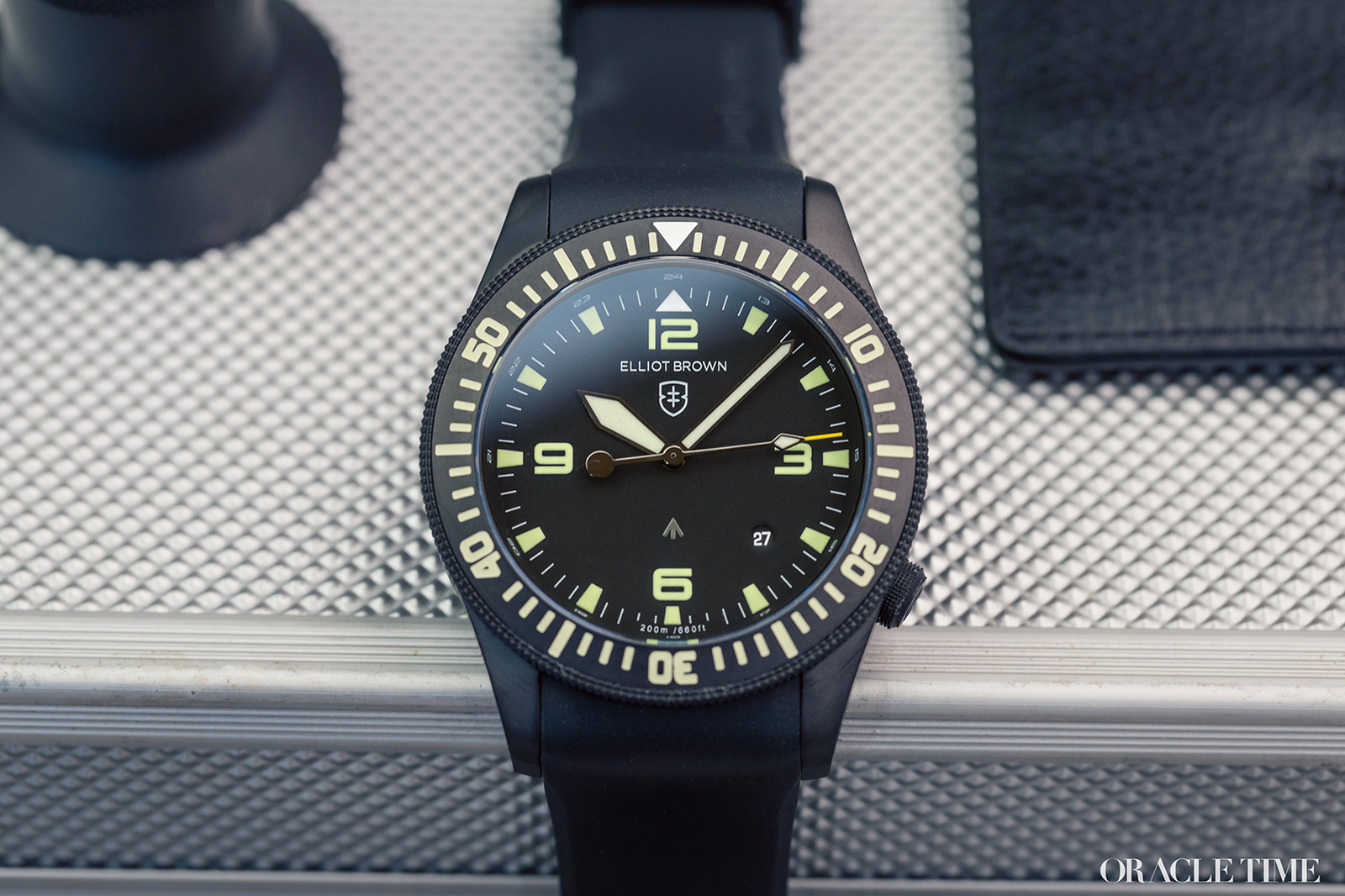 The British military’s been a solid source of inspiration for many a watch designer, especially in the past few years, be that the stripped back, charmingly utilitarian aesthetic of the Dirty Dozen or the more robust, modern mil-spec pieces from CWC. Yet while many modern pieces have even been approved by the armed forces or adopted as squad watches, very few have actually been issued as equipment. There’s a big difference between approved and issued. The former says, “yes, this is a solid watch perfectly suited to the armed forces. If someone had this in the field, it would probably work perfectly.” The latter however says, “this is what we’re actually going to use.” It’s a small change of wording but a huge change in meaning.

Despite there being more than a few military-style pieces showing off the Ministry of Defence’s broad arrow on the dial – you know who they are without me needing to go into it – it’s surprising to learn that there’s been no new British timepiece issued to the armed forces in over a decade. Perhaps more surprising is that the first in that time is from Elliot Brown. 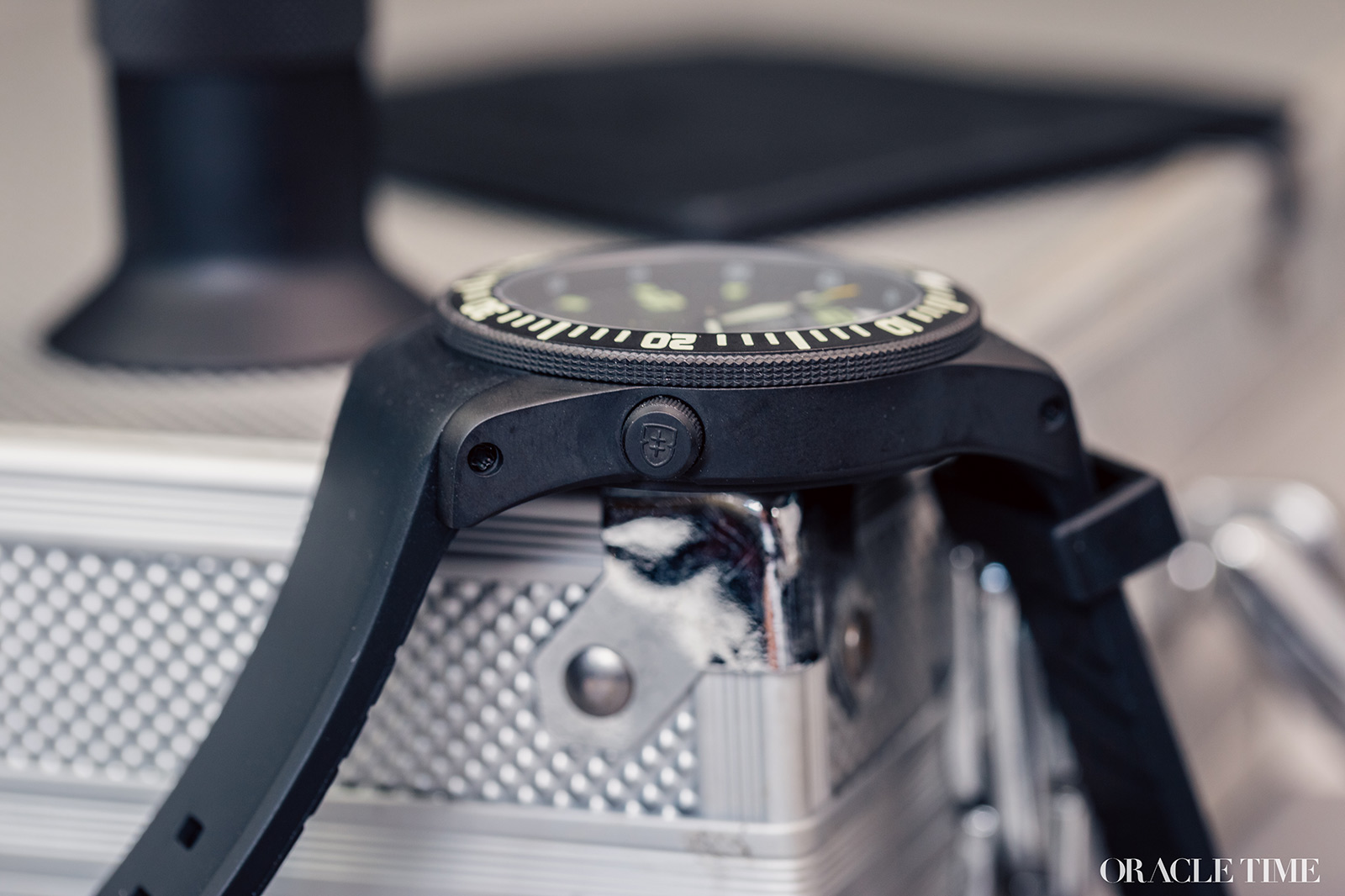 I don’t mean to diminish Elliot Brown of course; their watches offer some serious bang-for-your buck, which is something that obviously appeals to the British Army. But with Christopher Ward, Bremont et al leaning on their MoD connections, the Holton Professional, the first British watch issued to the armed forces in a decade, came out of left field. It’s a good thing then that the watch lives up to military standards.

First and foremost, the Holton Professional is a dive watch. It’s meant to be fit for all conditions, so that makes a lot of sense – and it starts with the bezel. The watch has a satisfyingly solid 120-click number, with an embossed insert with lume-filled indexes for ultra-legibility in low-light. It also has a hobnail grip peeking up just above the insert, designed to be operated with gloves and most definitely not with shirtsleeves if you want your pristine office attire to remain so. It’s pretty dang sharp. 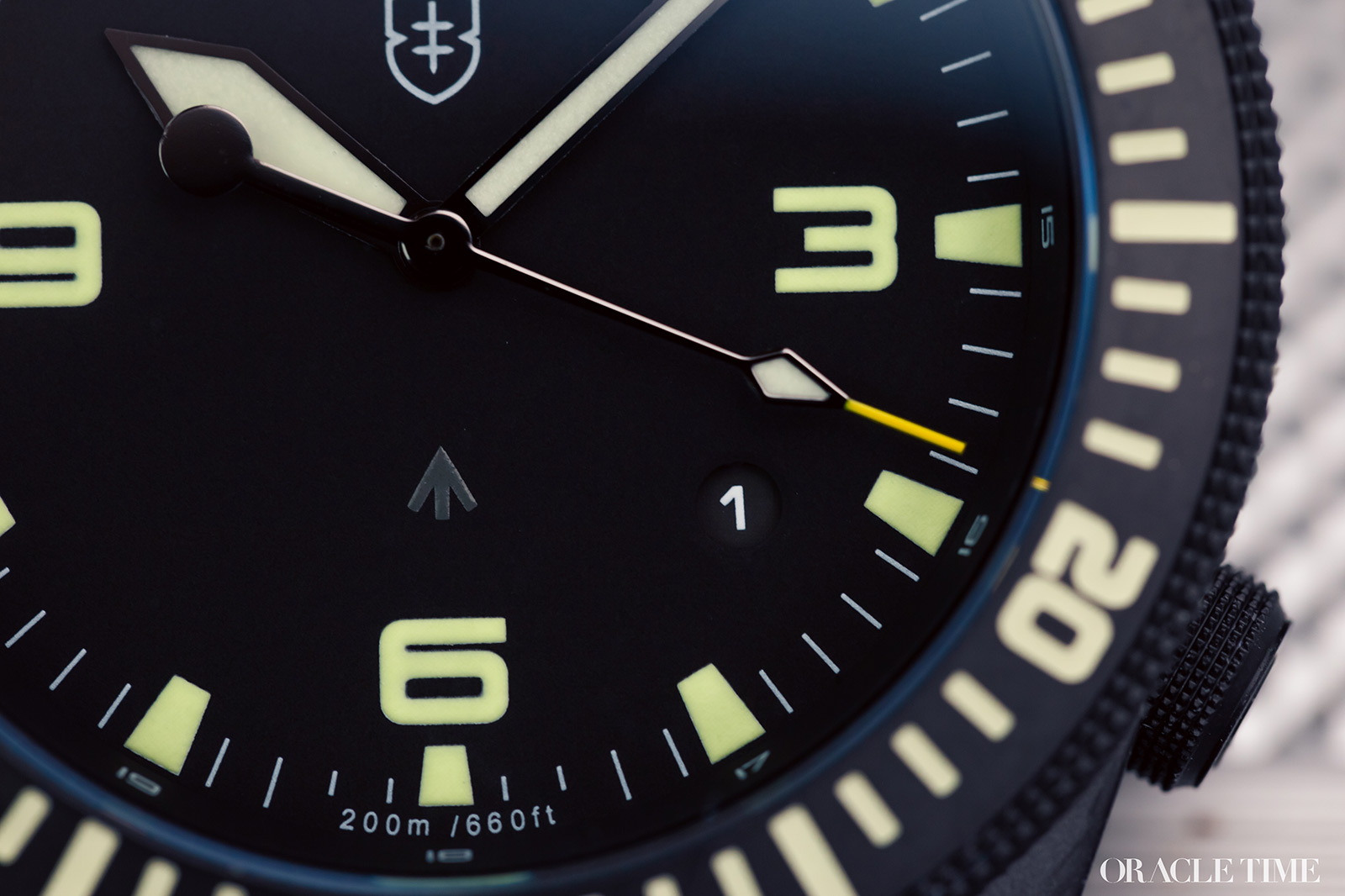 Almost as much attention has been lavished upon the crown, off to four o’clock to keep it a little more out of danger. It too has been hobnailed for grip, though slightly less aggressively than the bezel. Despite that it’s a touch awkward to operate, though that’s the price for safety.

It’s been triple sealed for water resistance too, though 200m seems a little less than I’d expect from the serious, professional timepiece that the Holton aspires to be. It’s not bad, it’s just that 300m is becoming the standard, even at this price range. Still, at least the 43mm steel case feels weighty and solid, fit for a diver. 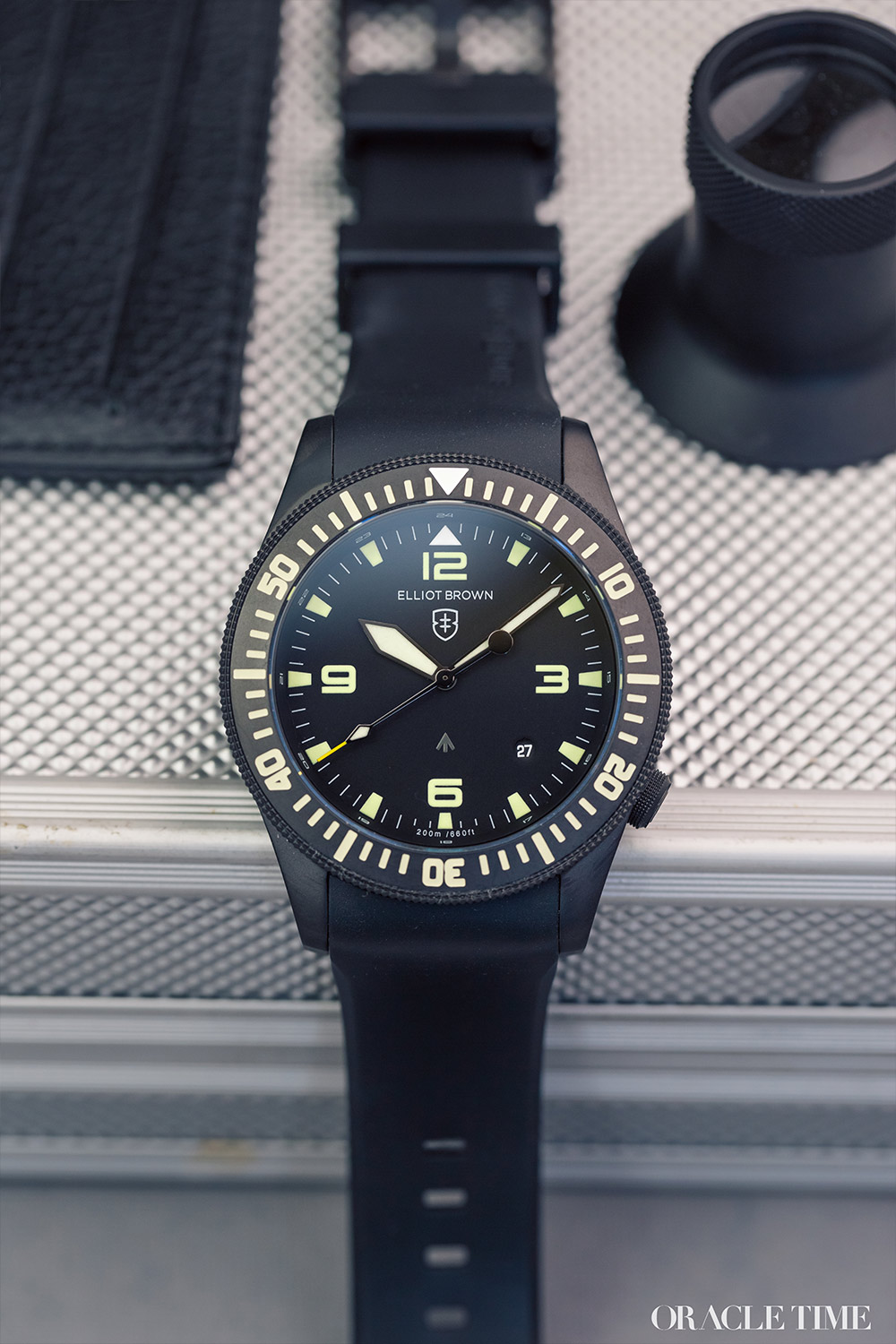 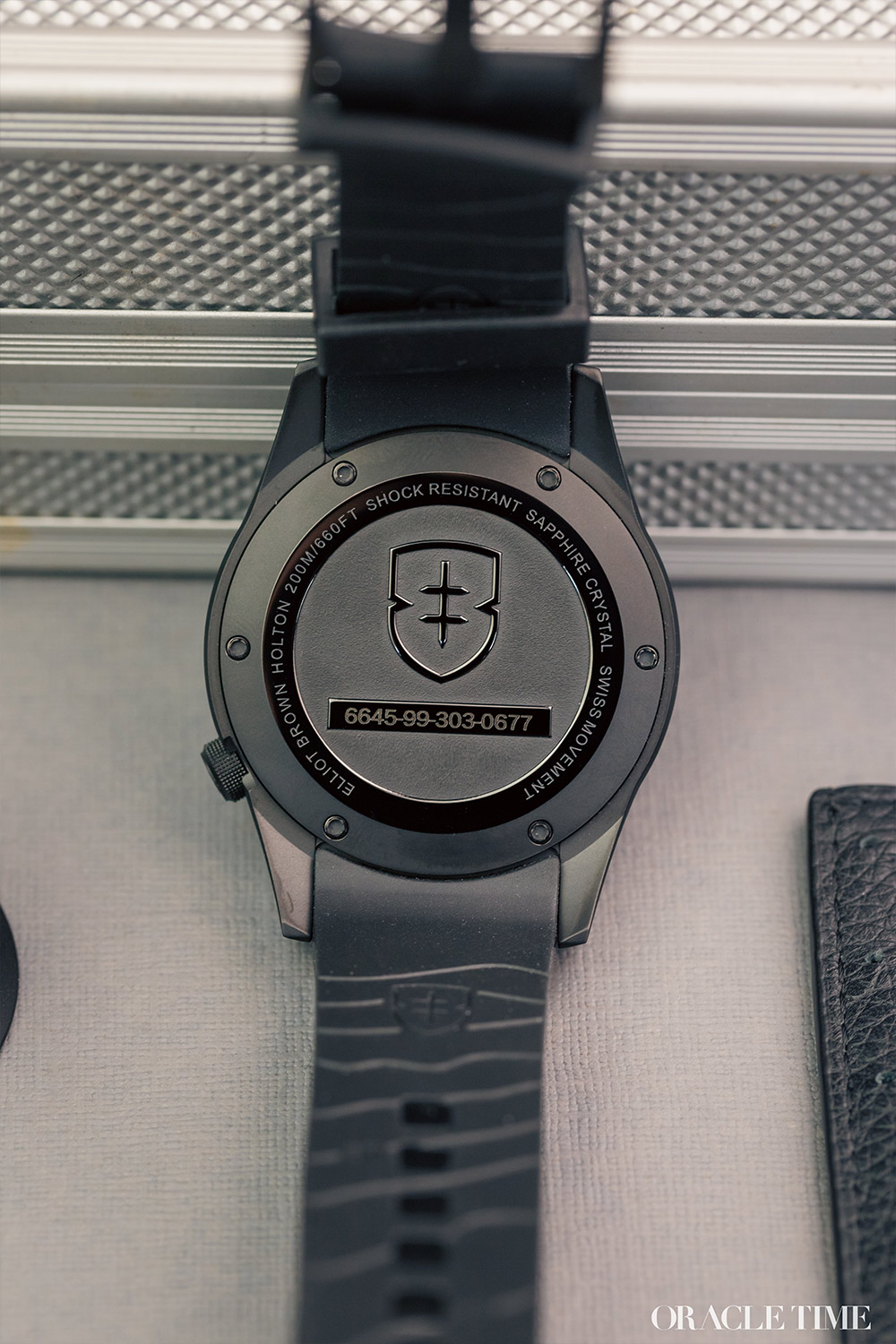 Aesthetically, the Holton is on point. The gunmetal grey PVD and dial make for a stripped-back tool watch colourway. It isn’t quite as high contrast as white on black, but it’s more wearable as an everyday watch. Throw in a flash of bright yellow on the second hand and you have a seriously cool if understatedly utilitarian, piece.

Inside is a quartz movement, and this is one of the few instances where that makes perfect sense. Quartz is generally more accurate and reliable than a mechanical movement and it’s something the Armed Forces have specifically looked for in the past with CWC. The specific calibre is the Ronda calibre 715, so it’s still Swiss made and a low-battery indicator takes out the usual guess work around when you’ll need to change it.

If you’re a mechanical purist however, you’ll be happy to know that the watch is also available with an automatic movement. It rubs against the purely utilitarian, militaristic philosophy, but I’m never one to knock the Seiko NH35 calibre, or the anti-shock system the Holton Automatic uses.

At £445 (or £650 for the automatic), it’s hard to knock the Holton Professional. It feels like the kind of mil-spec watch you can rely on and, provided you’re not a mechanical-only collector, has a lot going for it. The Ministry of Defence definitely think so and, while I’m not sure how many watch collectors work there (I assume at least a handful), that’s an endorsement worth paying attention to.