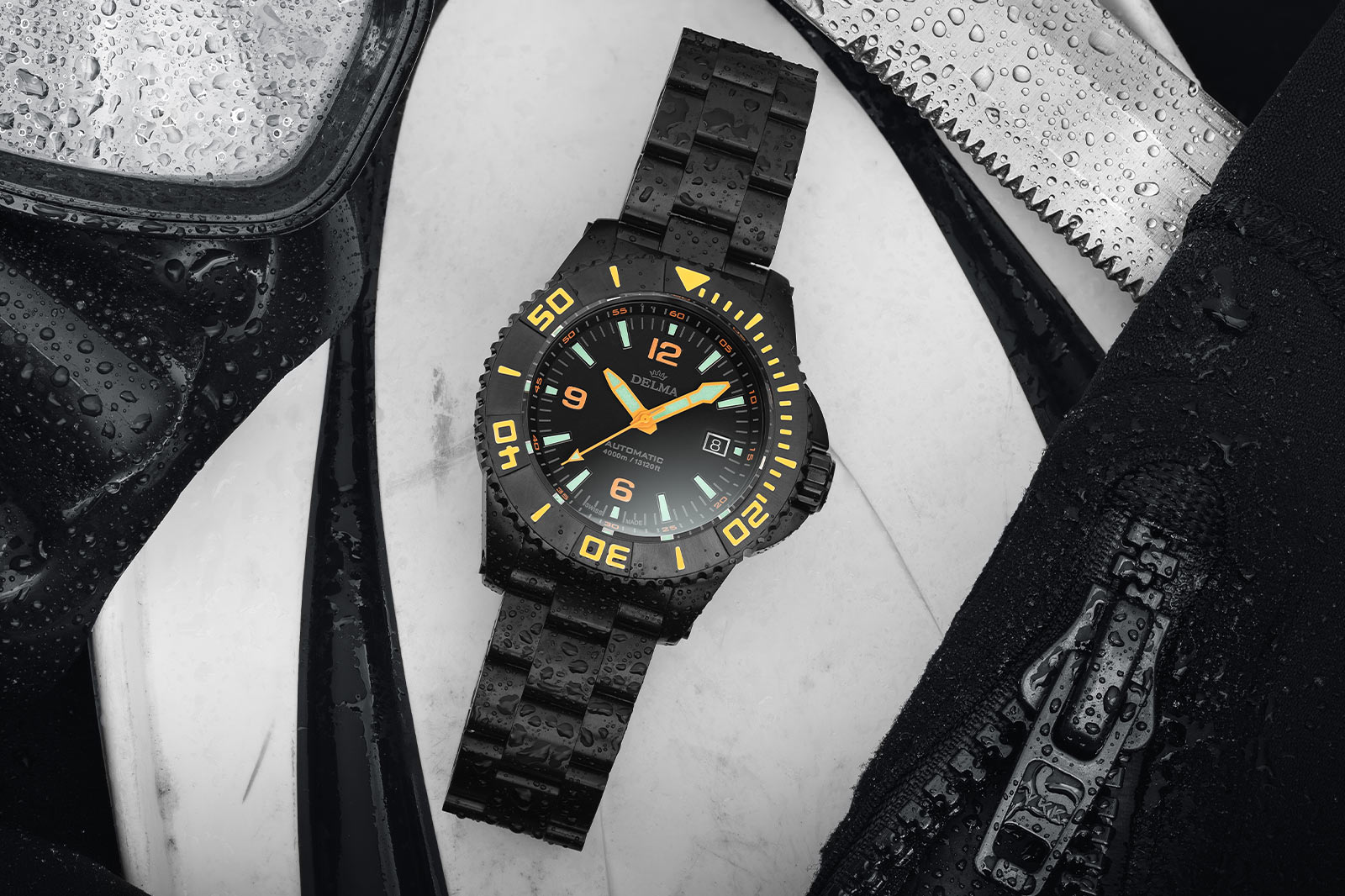 Delma’s top of the range diving watch is back in a new limited edition of 300 pieces. I’m sure with a name like Delma Blue Shark III Black Edition you can work out what’s new. It’s a stealthy black makeover of the Blue Shark III, which also provides a boost to its scratch resistance as well.

Now, not all dive watches are created equal. To classify as a diving watch the benchmark is water resistance of 100m, which in reality is enough for a light swim. However, the industry norm is 300m, with some watchmakers regularly pushing as far as 600m. Then, the Rolex Sea-Dweller famously has a rating of 4,000ft/1,220m, which is pure madness. But even that is beaten by the Mariana Trench exploring Rolex Deepsea that has a staggering rating of 3,900m. All of which is to say that the Delma Blue Shark III is an absolutely insane watch with a bonkers 4000m water resistance. 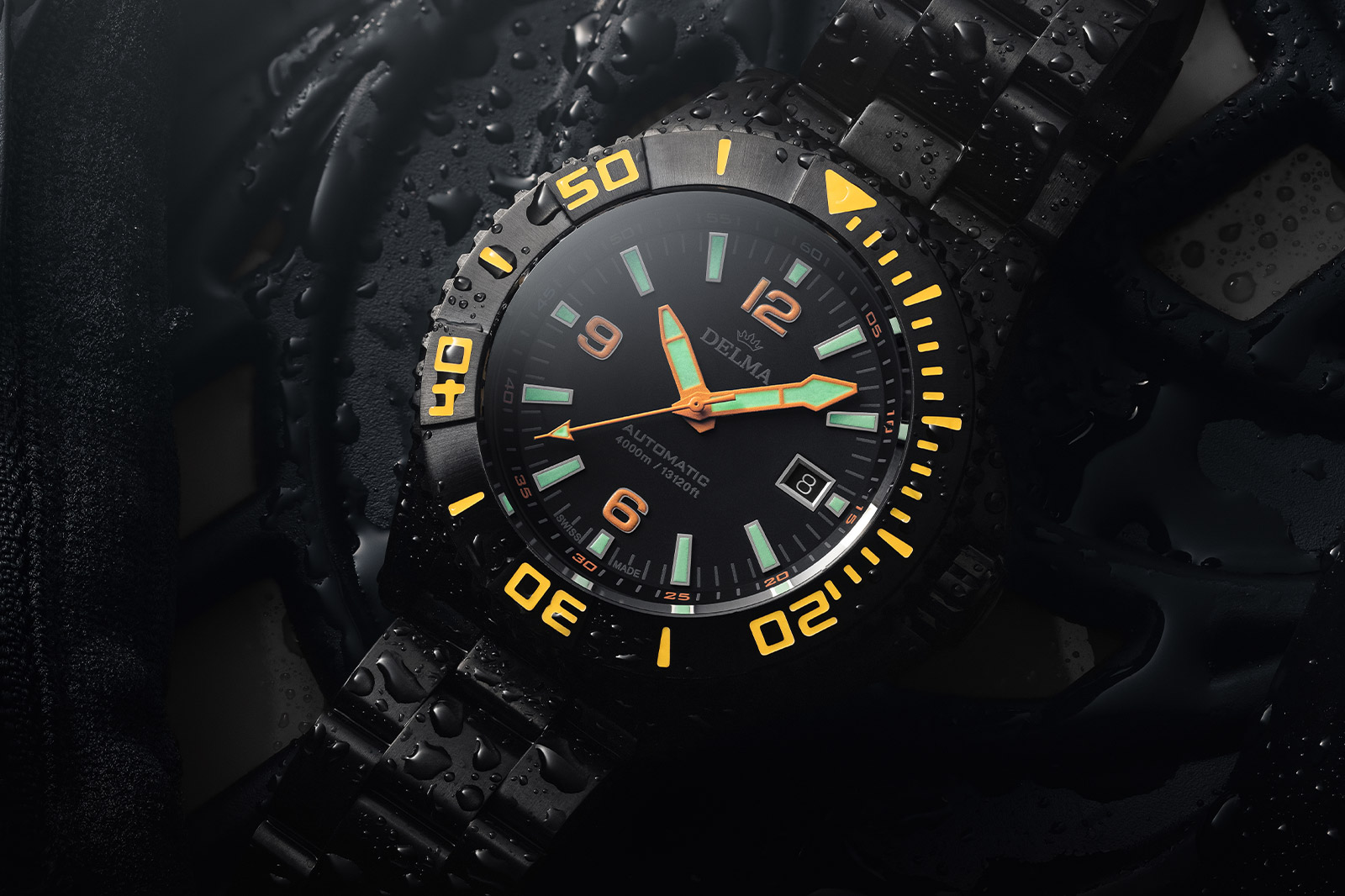 The new Black Edition has all the same specs as its predecessors, including that water resistance rating. It has a huge 47mm diameter case in stainless steel with a helium escape valve. However, it now comes with a black DLC coating for the first time. DLC or diamond-like-carbon not only provides an excellent finish but it also has great scratch resistance properties (it is diamond-like after all) meaning it’s more than a purely aesthetic change. Then, of course, there’s a unidirectional rotating diving bezel. 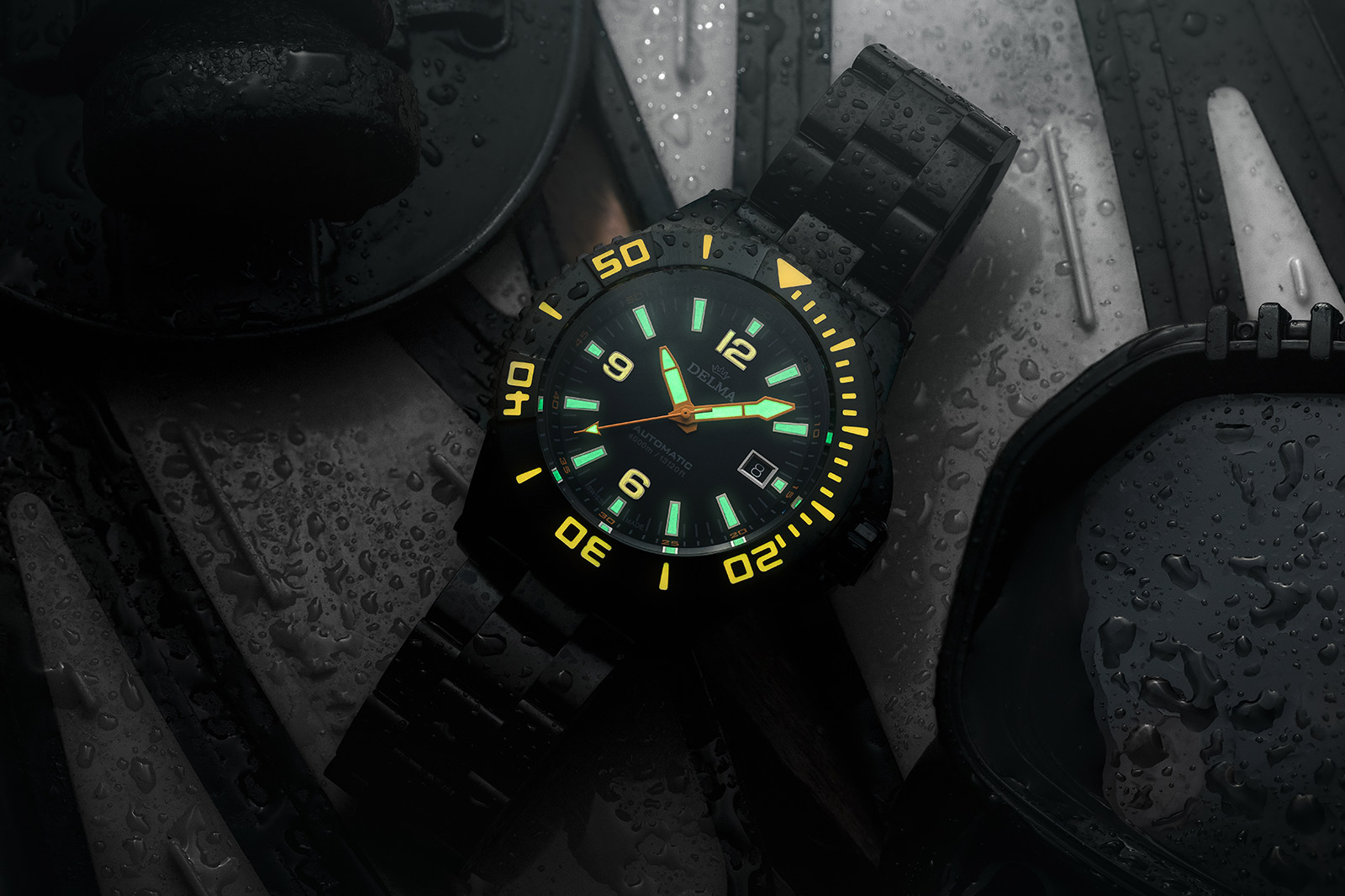 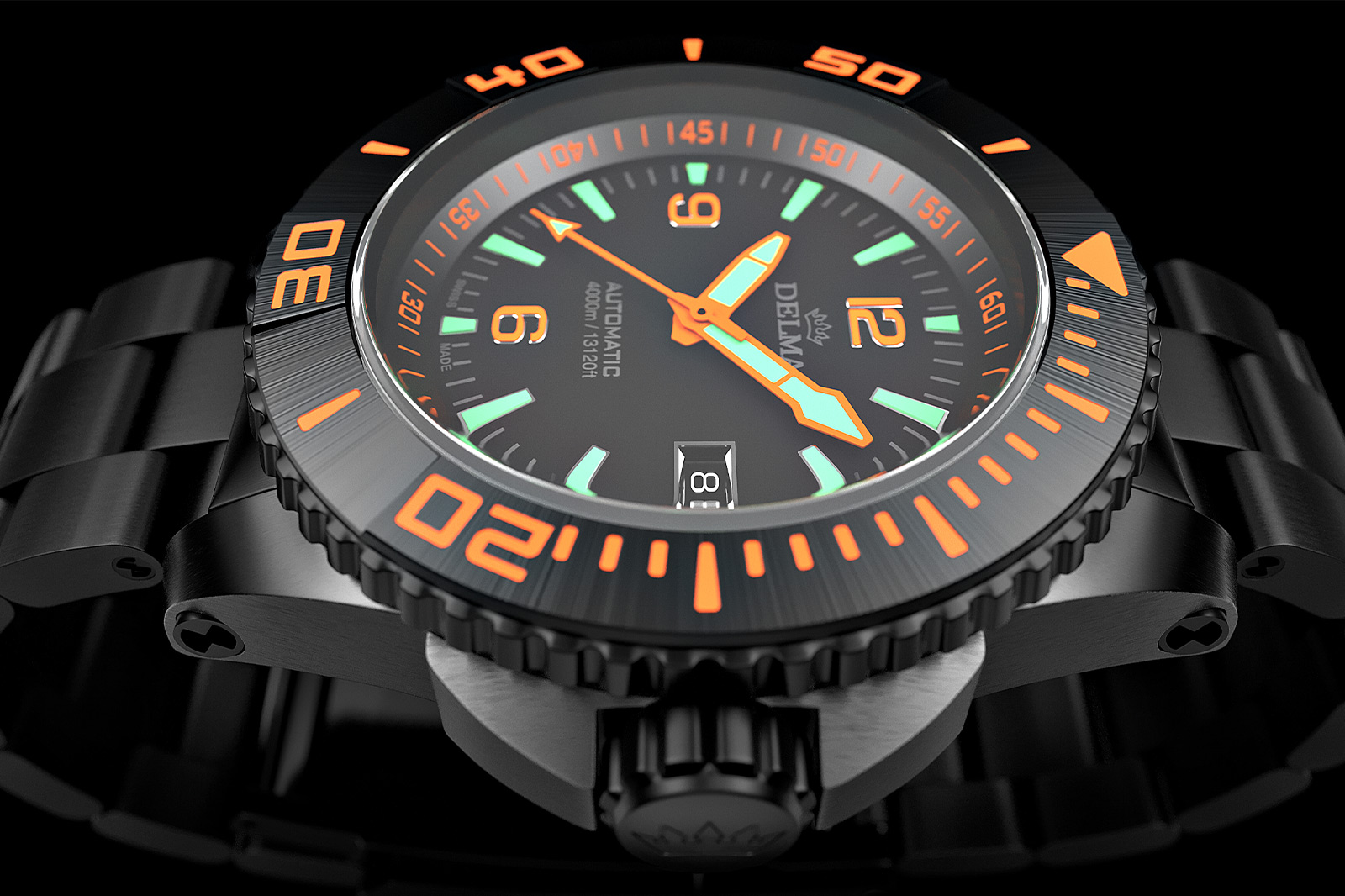 Above the water the black case gives the watch a stealthy appearance but it’s under water that it comes into its own. It creates even more contrast between the case and the lume, of which there is plenty, so that the display is all the more legible. Speaking of, the display is a simple hours, minutes, seconds set up on a dial available in black, blue or orange, with a date window at 3 o’clock. 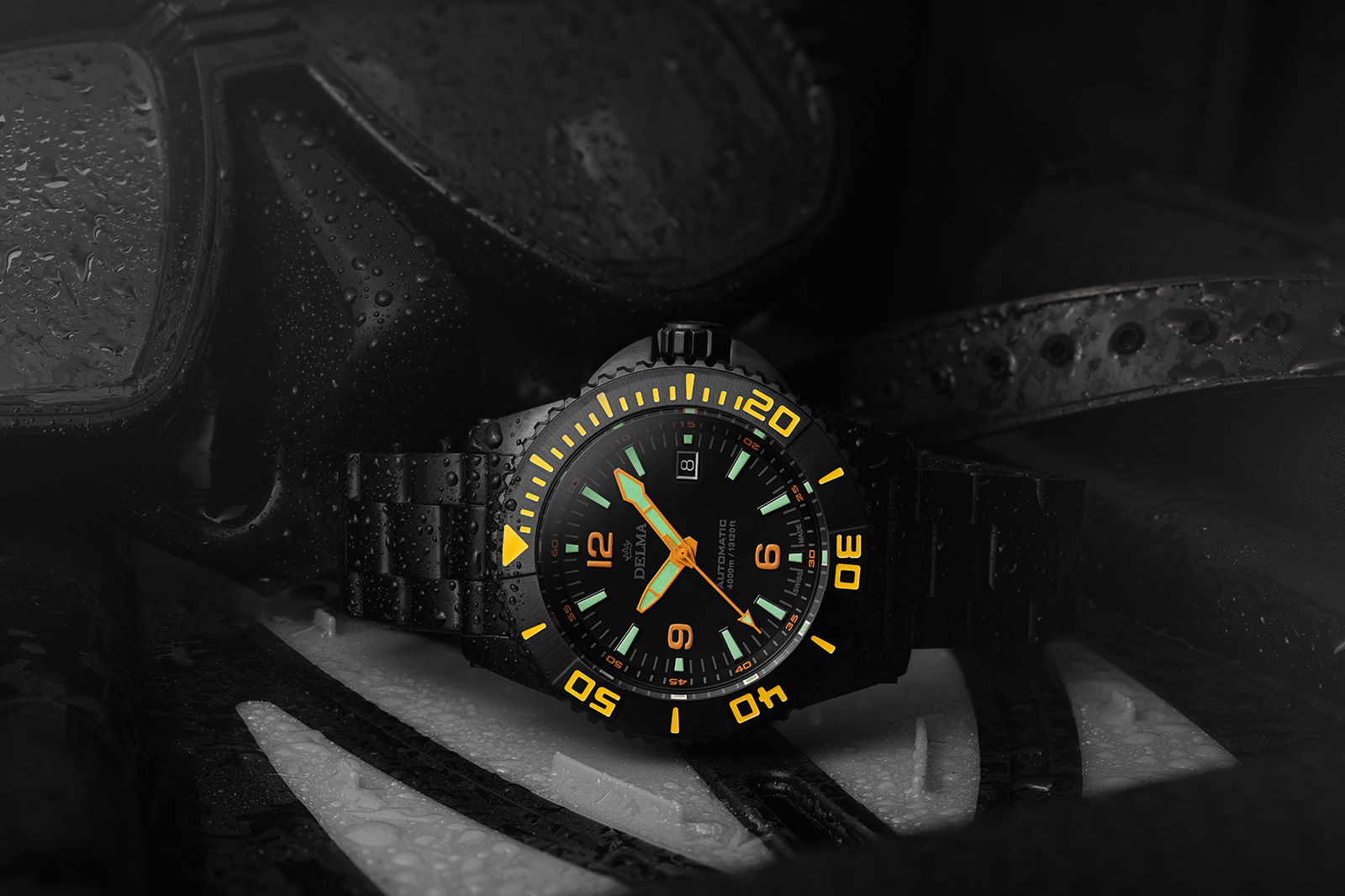 Housed inside this monster of the deeps is the Sellita SW200 automatic movement. It’s perhaps the only part of this watch that isn’t extreme, toting a very modest 38-hour power reserve. Still, if you need to dive to 4000m, the movement isn’t going to stop you buying this watch.

As mentioned, the Delma Blue Shark III Black Edition is limited to 300 pieces at a price of £2,490. That’s a lot of watch for your money. The new black case doesn’t exactly change the game but it’s a nice option to have.