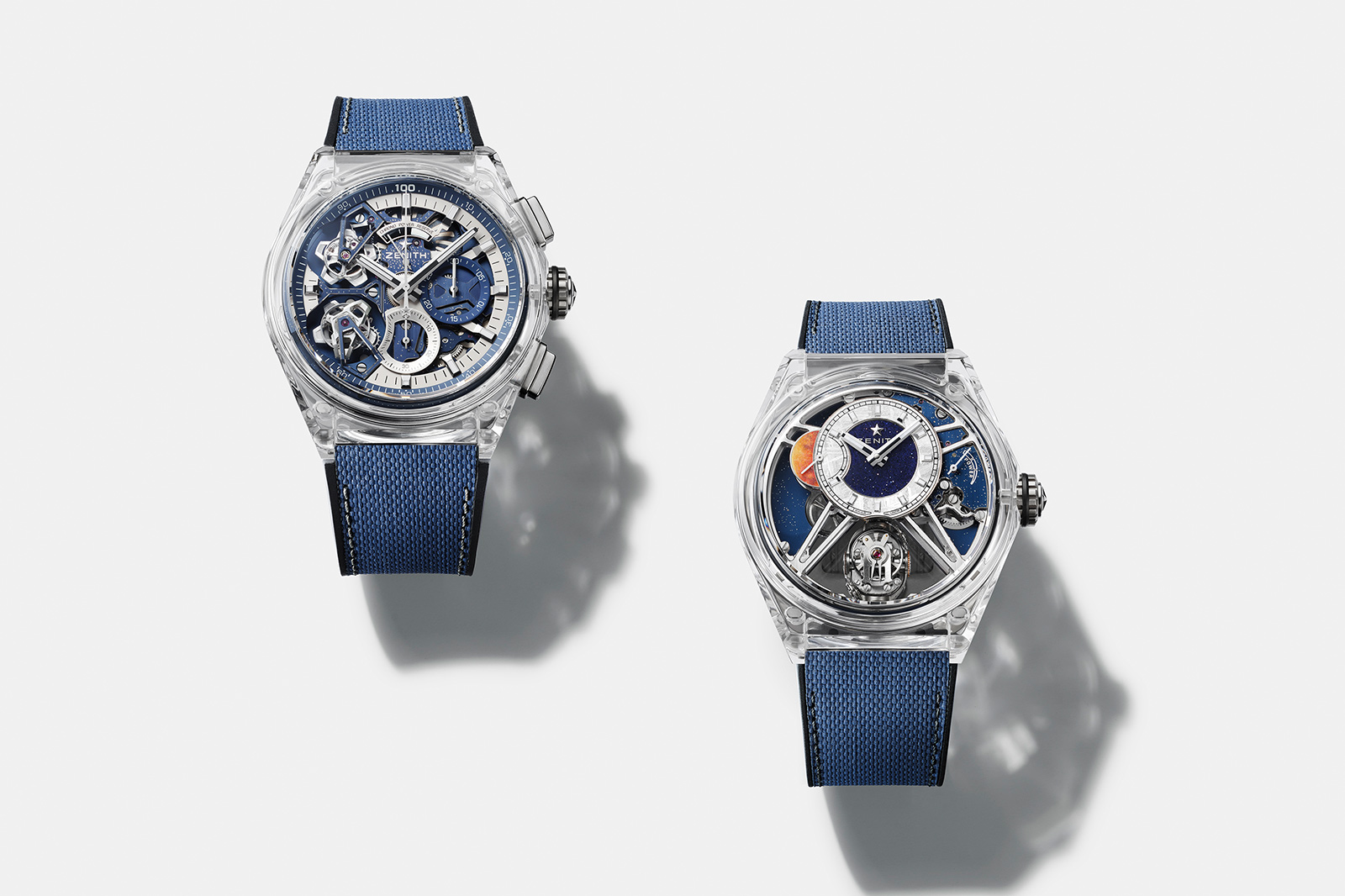 Gravity’s a bitch. Well, not really, it’s actually pretty useful it turns out, ask any astronaut. But in the world of escapements and balance wheels, gravity is exactly what you don’t want, causing uneven forces on the components of a watch hindering accuracy. If you’re unfamiliar with the tourbillon lore, Abraham Louis Breguet is the OG gravity hater, inventing the tourbillon way back in 1801 for use in pocket watches resting upright in shirt pockets half the day.

Over the 221 years since its creation, and specifically over the last two decades, it has risen to become the darling of complications (although its status as a ‘complication’ is sometimes debated). Reserved for haute horology manufacturers showing off their watchmaking prowess, it comes with a fitting price tag. Although Zenith are perhaps more well known for their chronograph movements, namely the iconic El Primero, they also have more than their fair share of brilliantly beautiful, high frequency tourbillons. 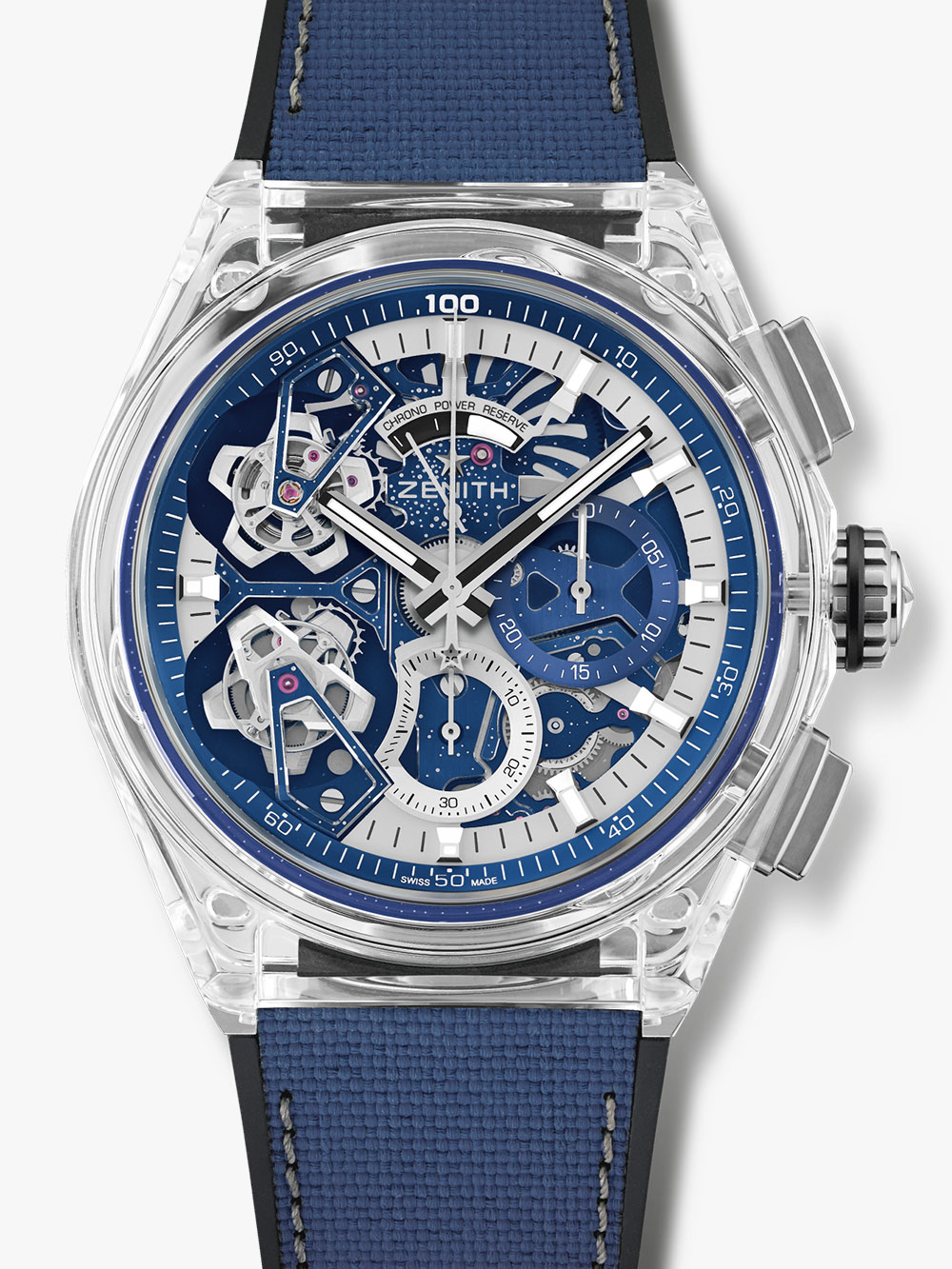 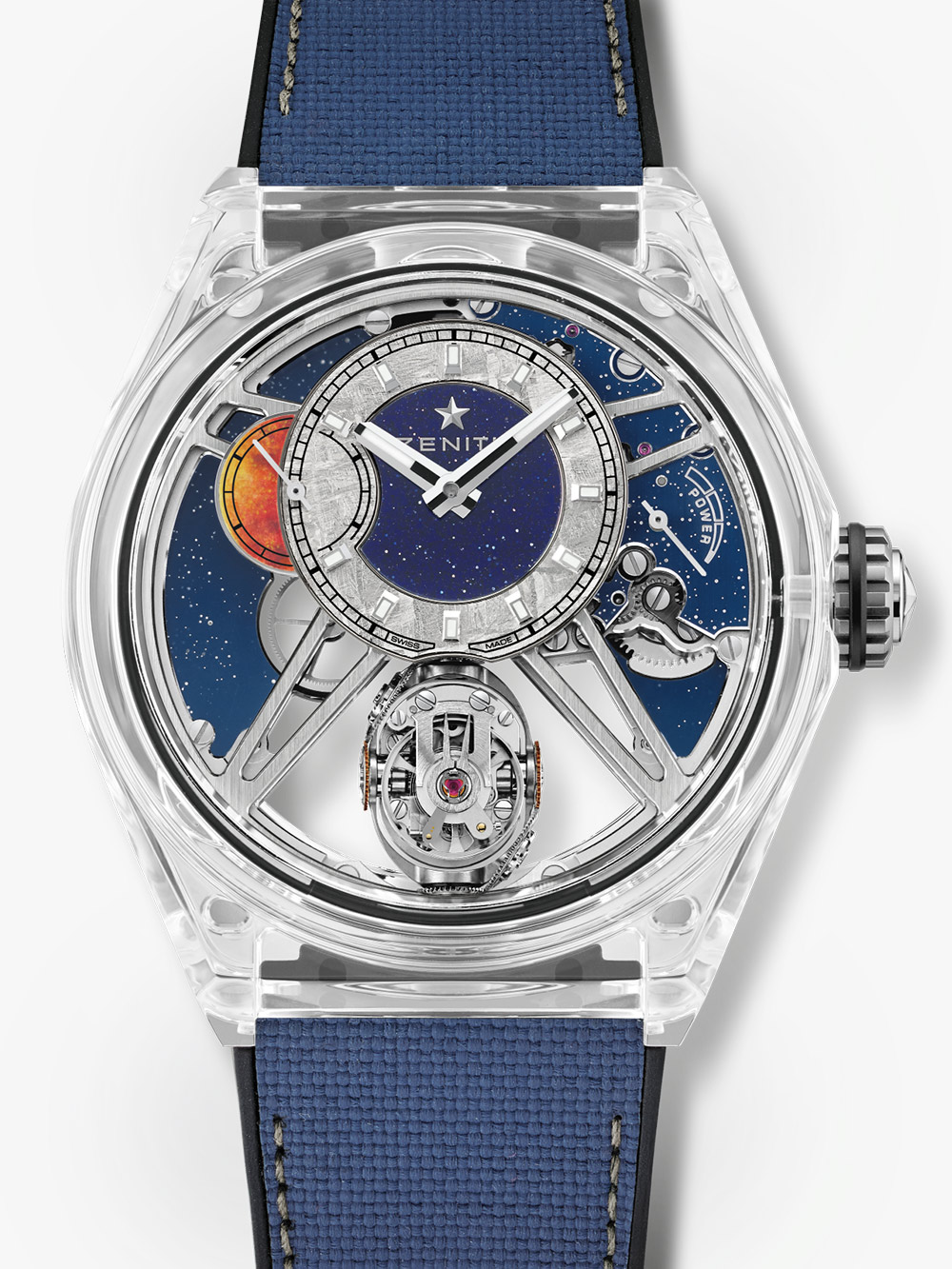 The two latest additions to their haute horology collection take the gravity symbolism to extreme lengths: the Defy Double Tourbillon houses two 60 second tourbillons, combined with a 100th of a second chronograph all set against a starry aventurine dial. The star of the show however is the Zero G, which includes a patented mechanism first introduced in 2018 called the Gravity Control, which acts as a gyroscopic mount for the regulator, ensuring that it is always horizontal and therefore negating the effects of gravity. A tourbillon it is not, though it does share the ethos. None of this is what makes the watches new however, that’s left down to the full sapphire cases – and what they come with. 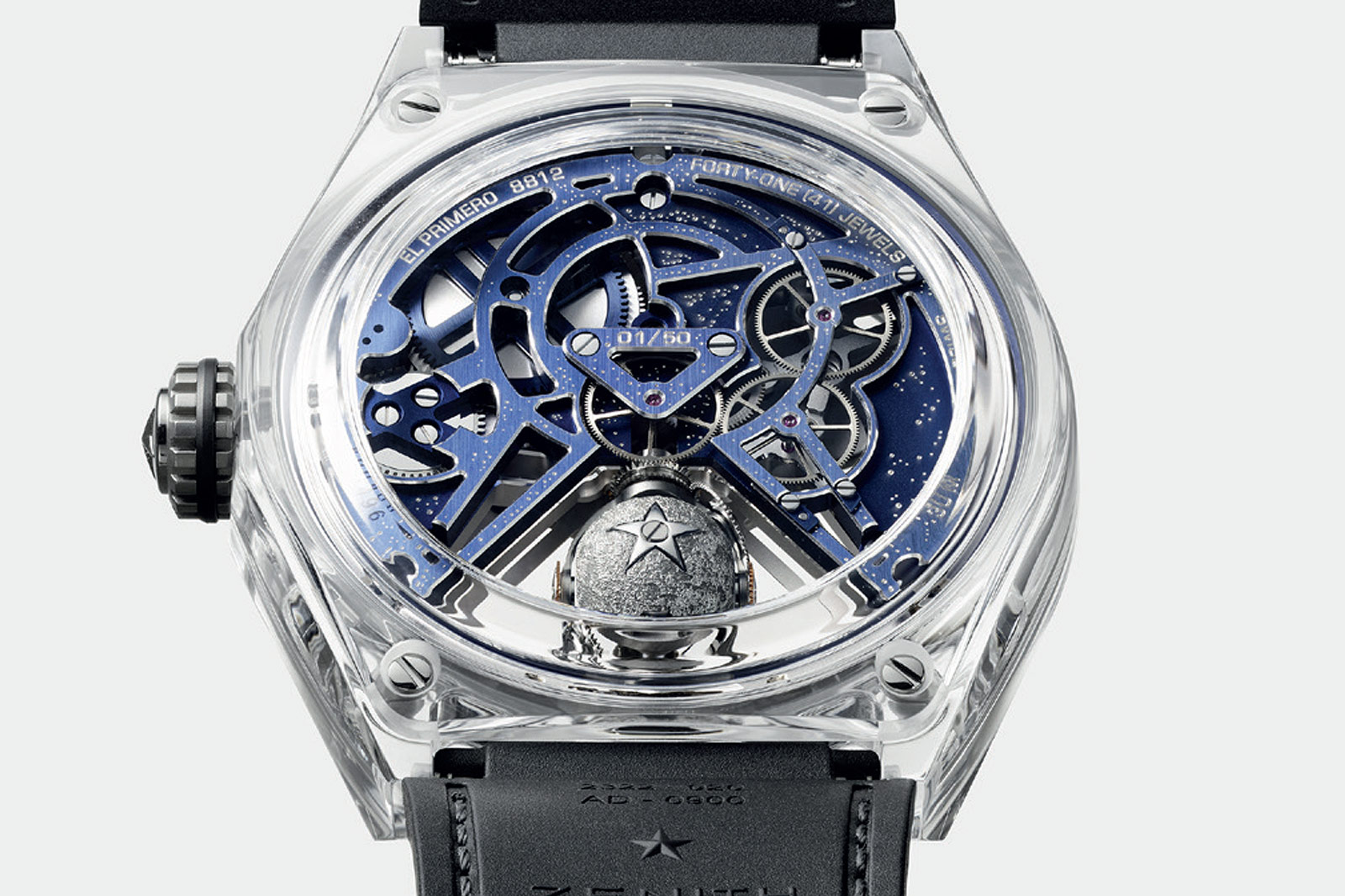 The real anti-gravity or Zero-G aspect of this collection is a once in a lifetime Zero G experience. That’s right, you can literally float like Buzz Aldrin, John Glen, Tom Hanks and Leica. It’s not a sensation that many people have felt; more people have probably summited mount Everest. That is until 2004, when NovaSpace and Air Zero G teamed up to offer commercial anti-gravity flights to the paying public with half of proceeds going towards the European Space Agency to further crucial science some of which anti-gravity related.

The actual experience is truly mind-blowing. The process involves flying to Bordeaux (not the worst place in the world for purveyors of finery), being briefed by a specialist team, including actual astronauts, and going through a rigorous medical exam. 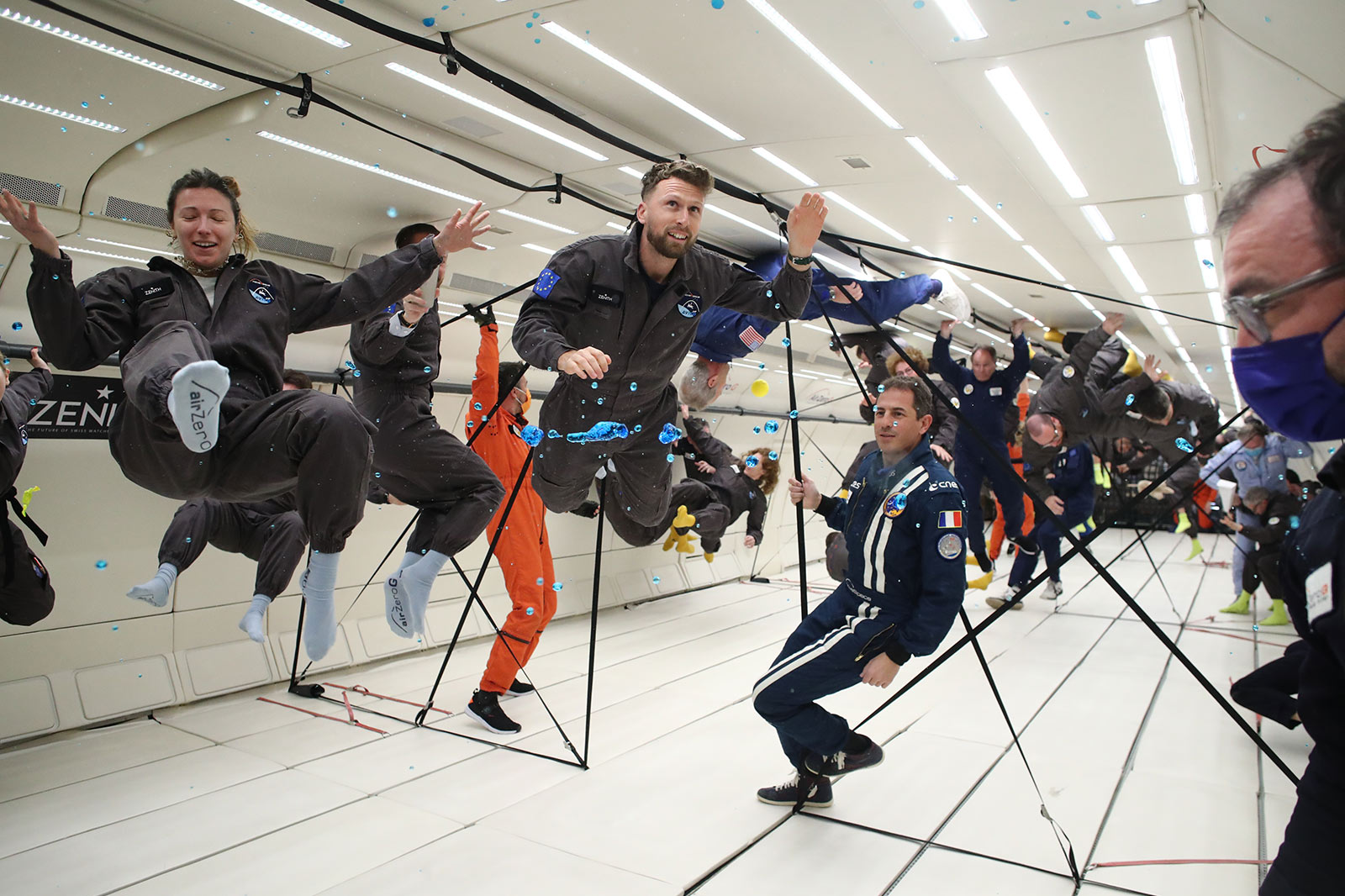 Once you’ve gone through the briefing it’s time to hop in the modified Boeing 727-200 where you fly in the shadow of a military no-fly zone and start performing the parabolas or flight arcs that enable the weightlessness. The manoeuvre involves using three pilots at a time with one each controlling the pitch, yaw and thrust ensuring the weightlessness is as smooth and space-like as possible. Of course, there is a certain amount of kerosene burned. However, Zero-G do offset this by contributing half of all proceeds to scientific research and the European Space Agency. On top of this, they financially support GERES, which invests in technological investments in developing countries, further offsetting emissions. 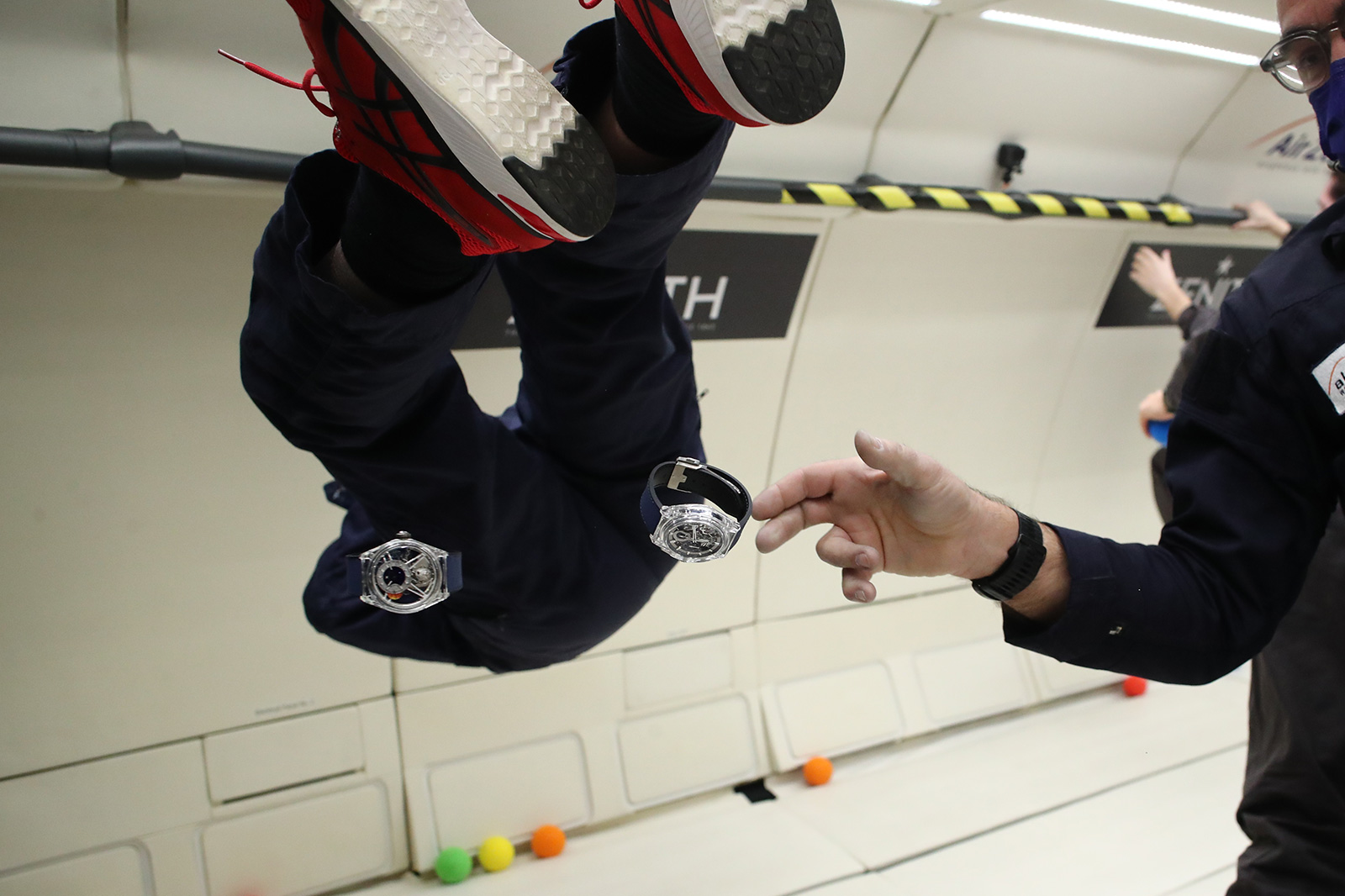 The first parabola you experience is designed to mimic moon gravity (1/6th of Earth gravity) which you will be wholly unprepared for. As we hear the words ‘Injection’ symbolising the transition from 1.8 G (roughly the same as experienced during a rocket take off) to moon gravity, audible yelps of excitement fill the cabin and you begin to bob around a la Neil Armstrong. After this, it’s two rounds of Mars gravity (1/16th of Earth gravity) then… weightlessness. 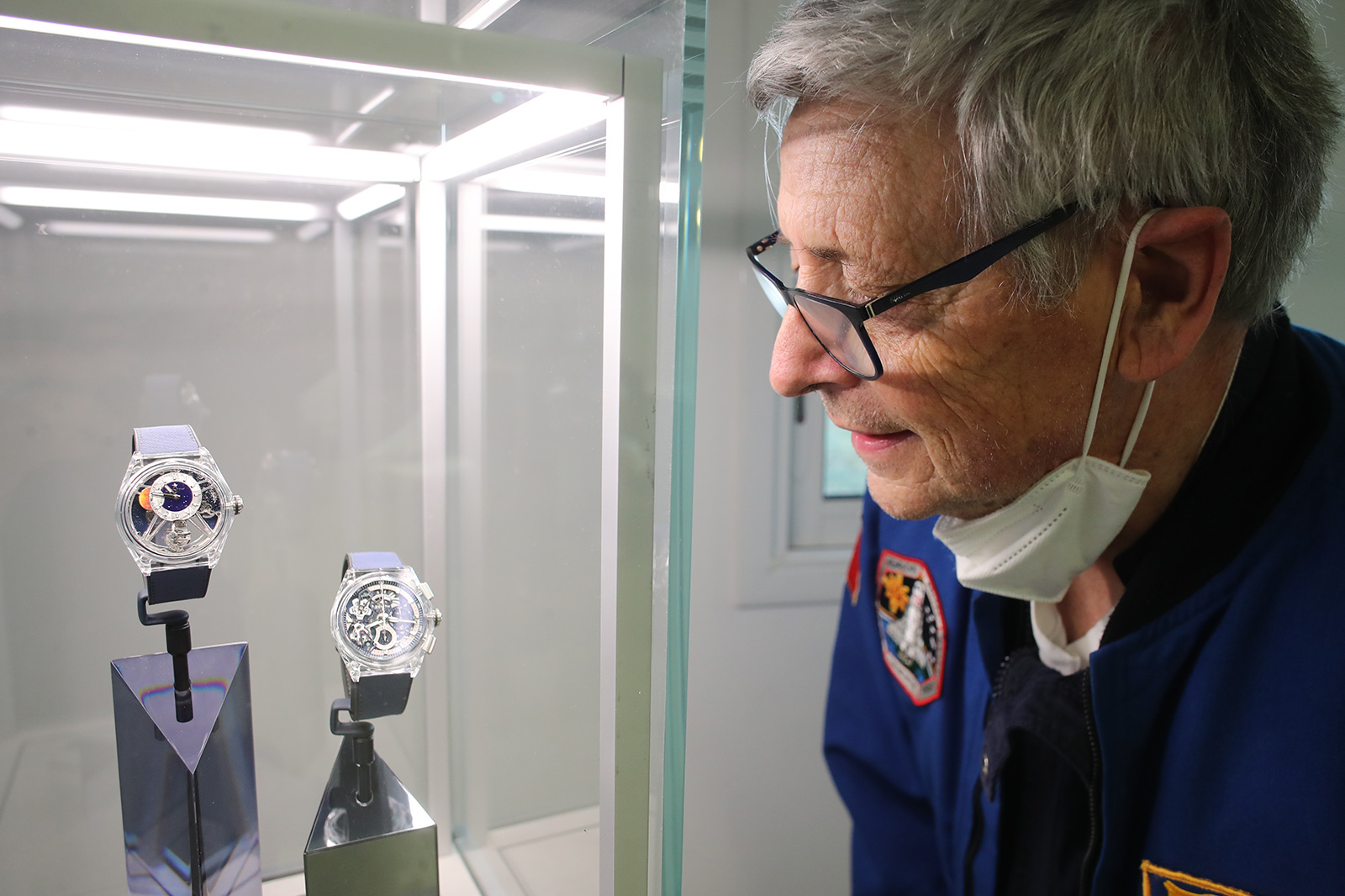 During the briefing they try to explain to you that it’s a sensation that’s completely unexplainable and you only truly understand once you feel it. That’s completely true. It’s simply something that our primitive minds can’t comprehend, a transcendental feeling which, in my case, lasted for the rest of the month. It’s not something anyone is likely to forget in a hurry and offers a handful of Zenith customers a genuine way to bond with their new purchase in an unforgettable way.

This kind of experience isn’t unique to Zenith of course; it’s been a quietly emerging trend for rarefied limited editions to come with some sort of money-can’t-buy once-in-a-lifetime experience. Zenith however have kicked this idea into the stratosphere with the Zero G. I won’t be forgetting it any time soon.

Silicon is the future-proof material that’s becoming an inseparable part of modern watchmaking.