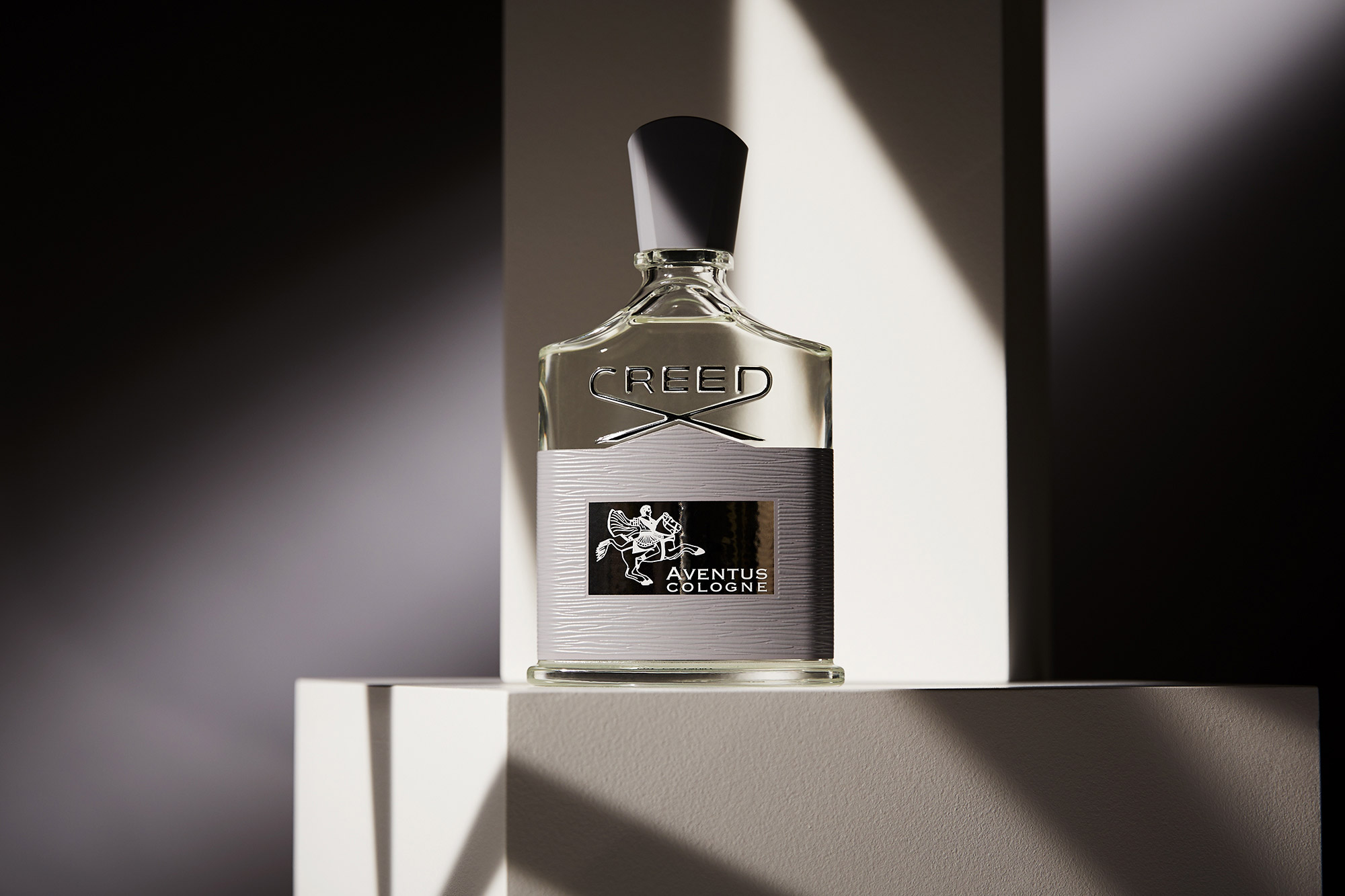 The final accessory every guy needs, the invisible finishing flourish, should always be fragrance. Sure, you might not actually see it, but the scent you wear is orders more impactful than pretty much anything else. Well, except for your watch of course. Don’t forget that.

In the same way as a watch though, your choice of fragrance says a lot about you. Go for something cheap and everyone will be able to tell; go for something flashy with more oud than the Grand Bazaar and you won’t exactly be complimented for your subtlety.

Creed, then, is essentially the Rolex of the olfactory world. Cool, modern and impeccably made, it’s a statement of good taste, whether you go for the overtly masculine Viking or the oldschool Tweed. Regardless of your choice, you can be sure of one thing above all others: quality. The various ingredients, from jasmine to sandalwood, are of the finest quality, something that has never changed in Creed’s nearly 260 years of history.

Still, every maison needs an icon and, where Rolex has the Daytona, Creed has Aventus. “The top notes being as vibrant as they are means it veers very close to becoming a unisex fragrance”

Aventus has been the flagship of Creed’s fragrance line since it launched in 2010 to celebrate the perfumer’s 250th anniversary. Needless to say, with an anniversary like that they needed to knock it out the park. Which they did – with blackcurrant and bergamot, fruits, florals and mossy notes. Rich yet modern, audacious yet elegant, today it’s one of the quintessential men’s fine fragrances. But times change, and even a classic like Aventus needs to move with them. 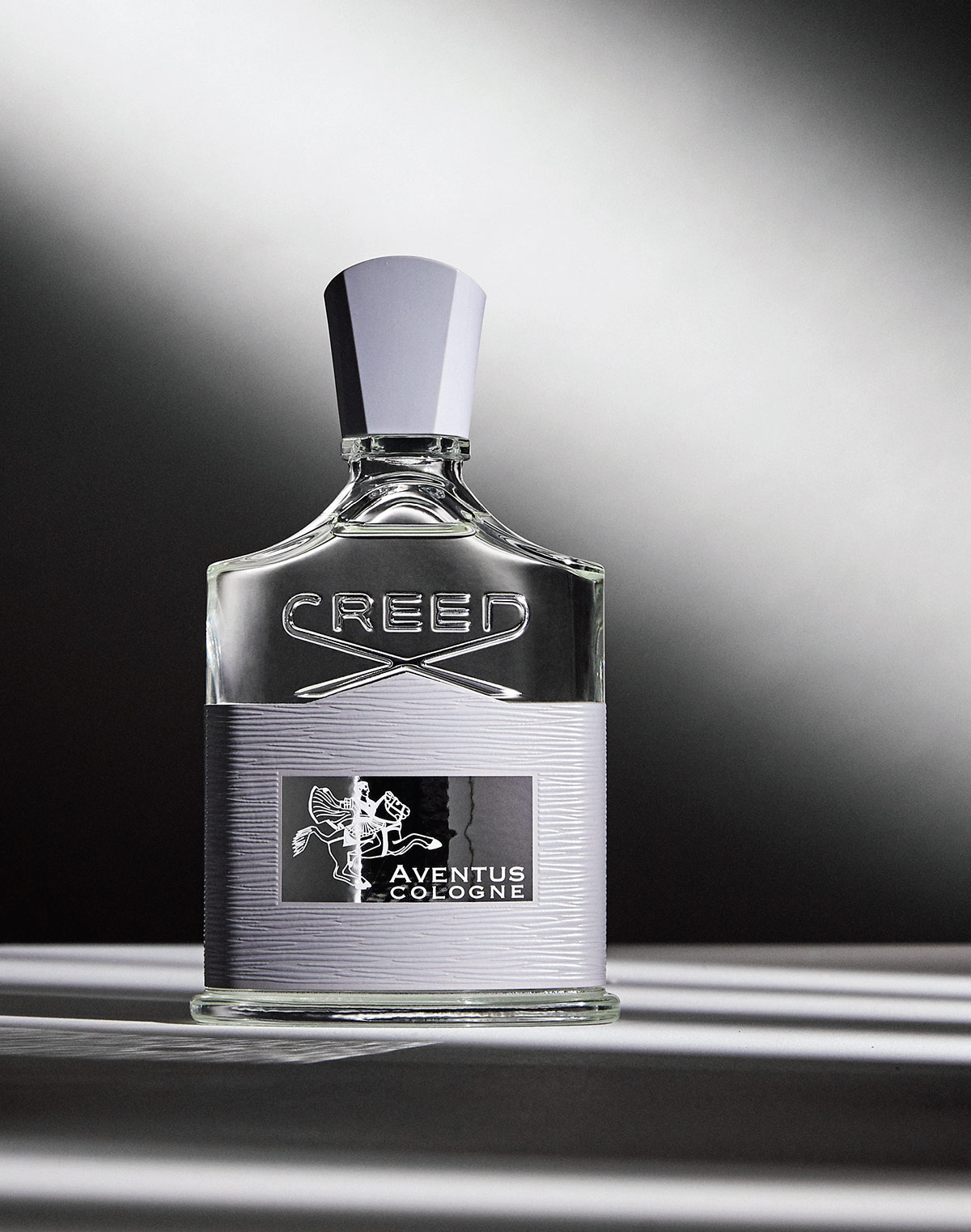 That new entry in Creed’s fragrance canon is the new Aventus Cologne. Rather than reinventing the wheel and risking losing some of the magic of the original, the Cologne is instead an evolution of the Aventus core.

The key fruity notes remain but, rather than apples and pineapples, it introduces a twist of citrus with surprisingly light mandarin. That exoticism is paired with soft spice from ginger and black peppercorns for a warmer, more vibrant top. The floral notes of the original are replaced by the masculine woodiness of sandalwood and vetiver, with an unmistakable hint of musk underpinning it all.

Despite what could be pretty heavy elements in the fragrance, the overall experience is incredibly light. The top notes being as vibrant as they are means it veers very close to becoming a unisex fragrance, one that is more elegant than domineering. You don’t need to reapply it – the quality of ingredient is as exceptional as ever – but it’s also a lot more subtle in the wearing.

Overall, the new Cologne still has a similar overall profile to the 2010 Aventus, still that same fusion of contemporary richness, just with a fresher, more contemporary character.

In the words of master perfumer Olivier Creed: “With Aventus Cologne, I was inspired to create a new legend – a fresher, modern complement that would provide an olfactive experience entirely its own.” Five Fragrances to Switch up Your Scent