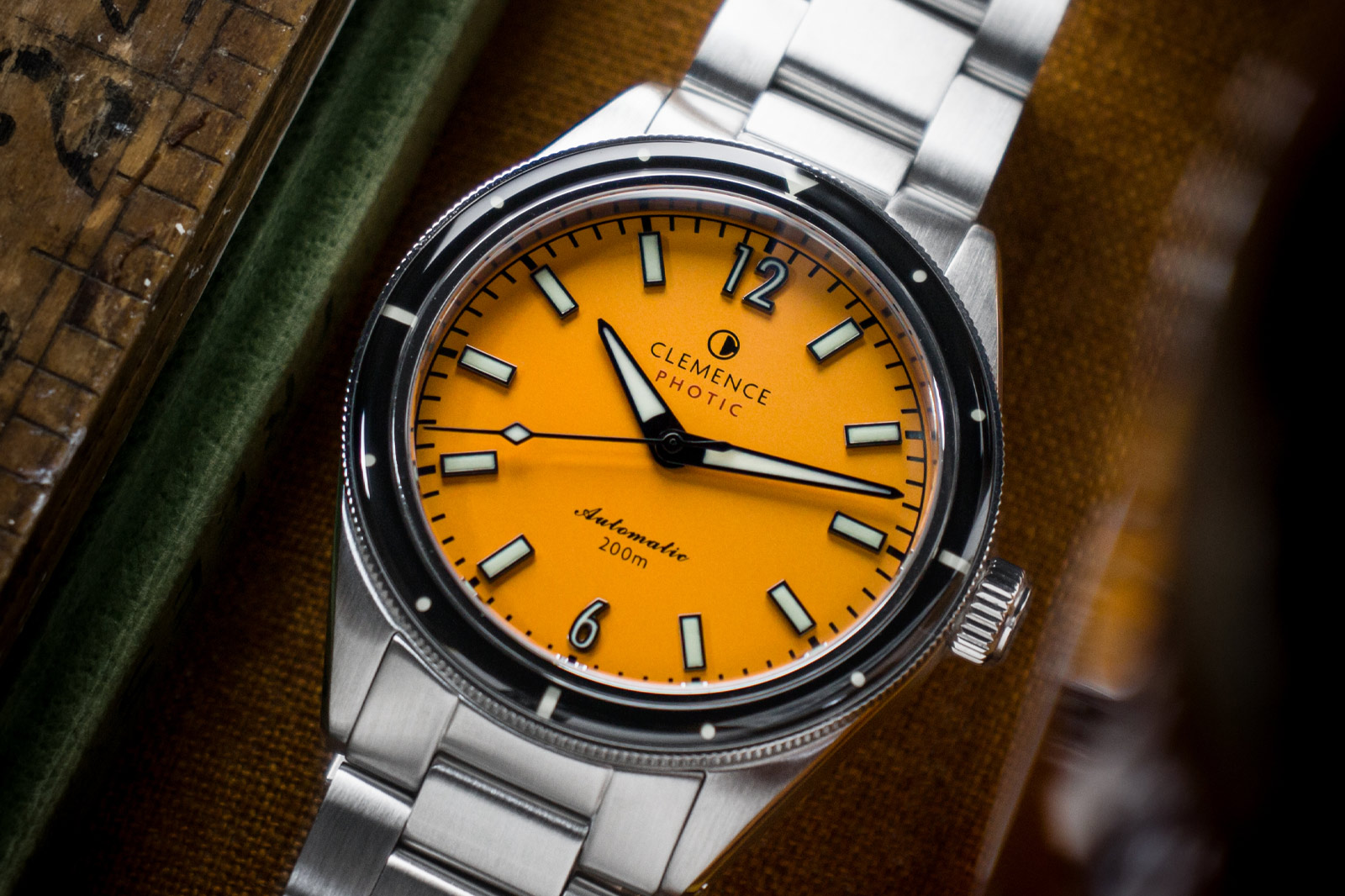 Independent Scottish watch brand Clemence have released five new colourways of their signature Photic Diver wristwatch. Two of the colourways – Orca White and Nemo Orange – have been produced in collaboration with Horologium, a UK-based servicing and restoration workshop.

The Clemence Photic Diver is a very classy watch, clearly inspired by the iconic retro divers of yore. In particular the sapphire bezel with rectangular markings reminds me of the Blancpain Fifty Fathoms. However, the Fifty Fathoms is predominantly presented in black or blue colourations, making the vibrant variety of the Photic Diver all the more prominent. 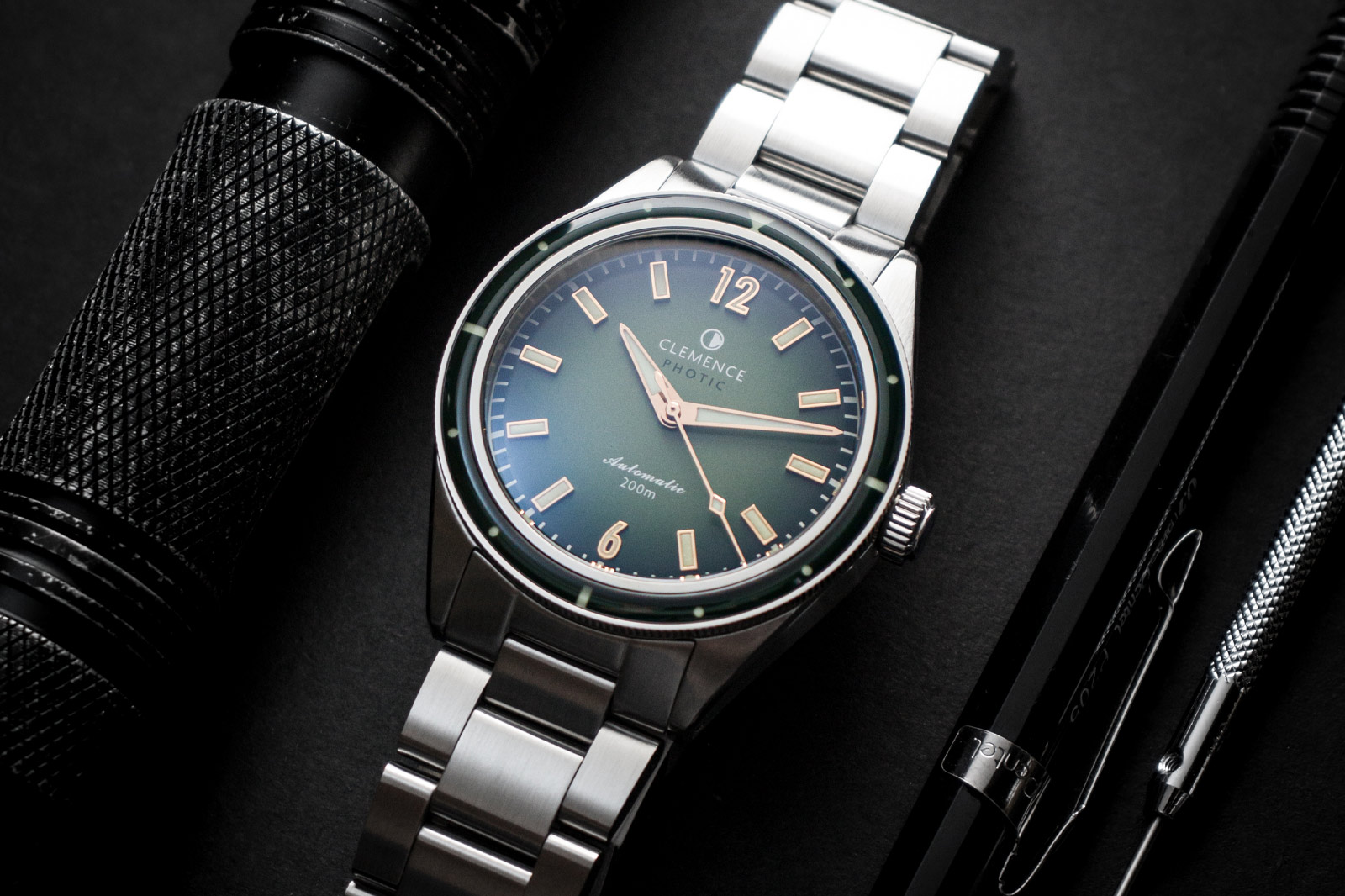 That variety of colour includes the aforementioned collaborations with Horologium, Orca White and Nemo Orange, as well as Kelp Green, Reef Coral and Anemone Purple colourways. The two collab editions have black hands and indexes while the non-collabs have brassy coloured ones instead.

My favourite version is the Nemo Orange for two reasons. Firstly, the watch journalist in me respects the historical significance of the colour orange in diving watches (need we mention Doxa?) and secondly orange is my favourite colour, always has been, always will be. 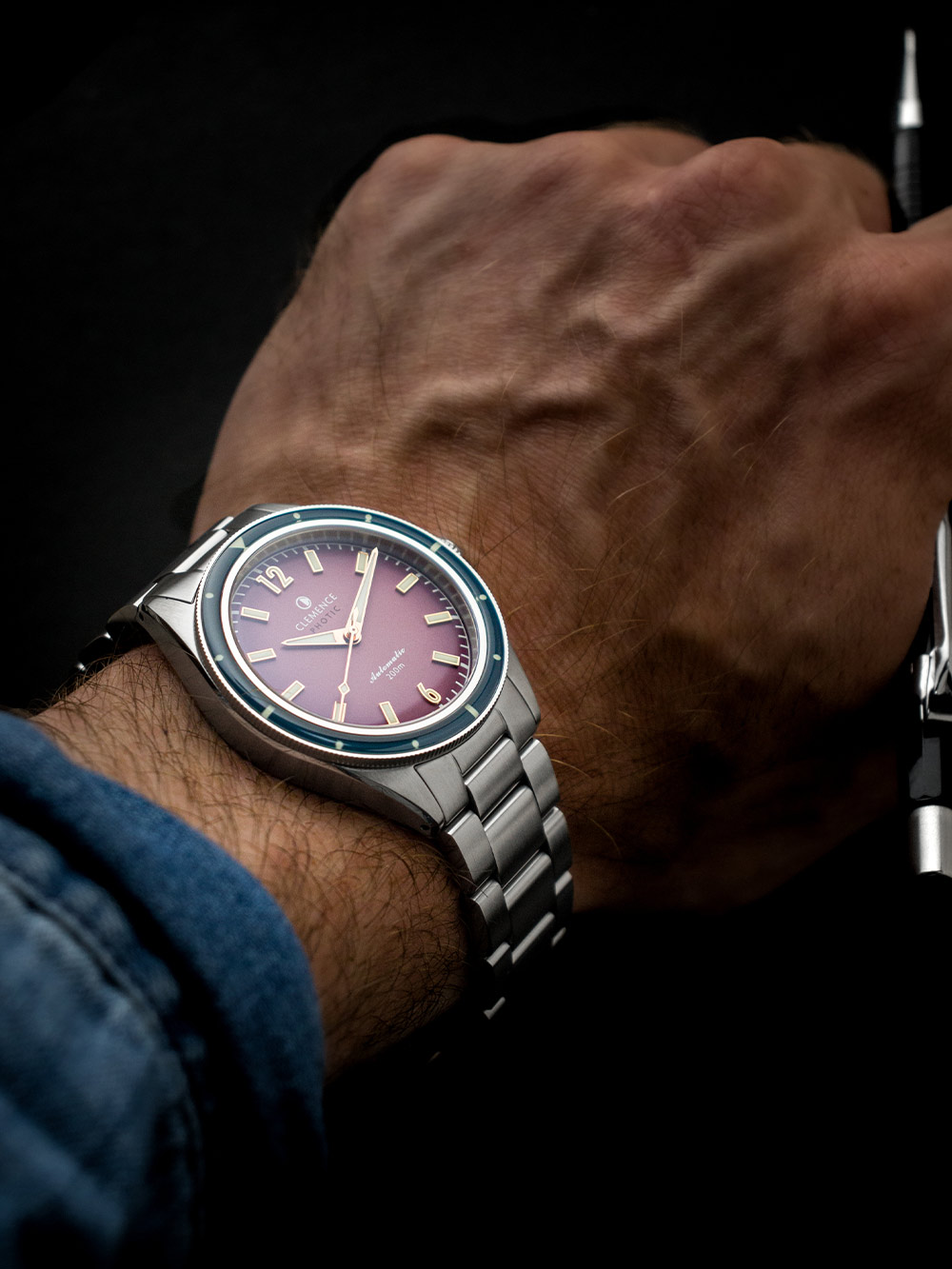 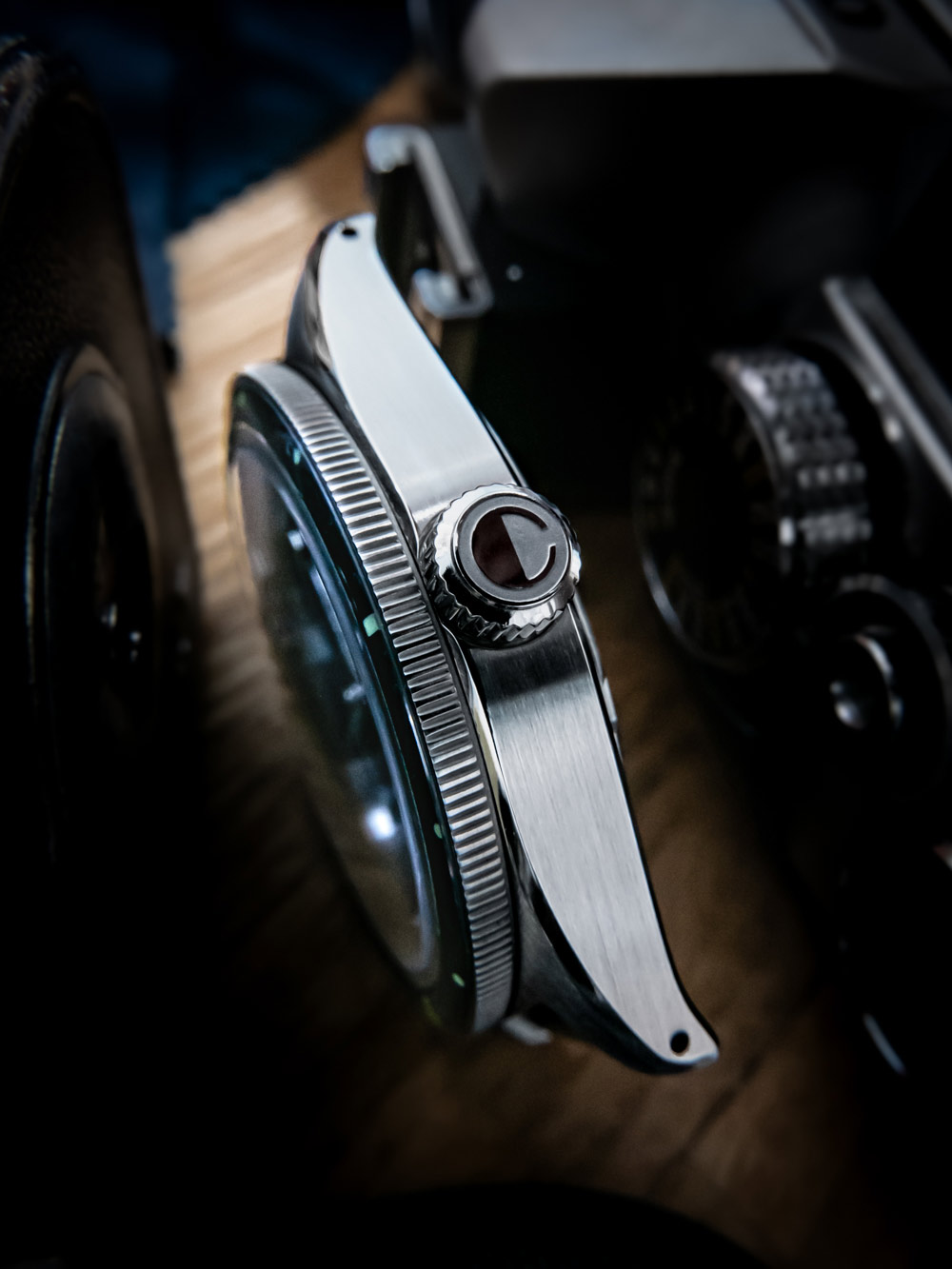 Regardless of which colourway is your favourite, they’re each presented in a 39mm diameter stainless steel case with 200m water resistance. A nice fact about Clemence’s production methods is that they’re climate-positive.

Which means Clemence offsets twice the amount of carbon released during the production process, making them better than carbon-neutral. They achieve this through various means such as planting a tree for every sale of a Photic Diver. 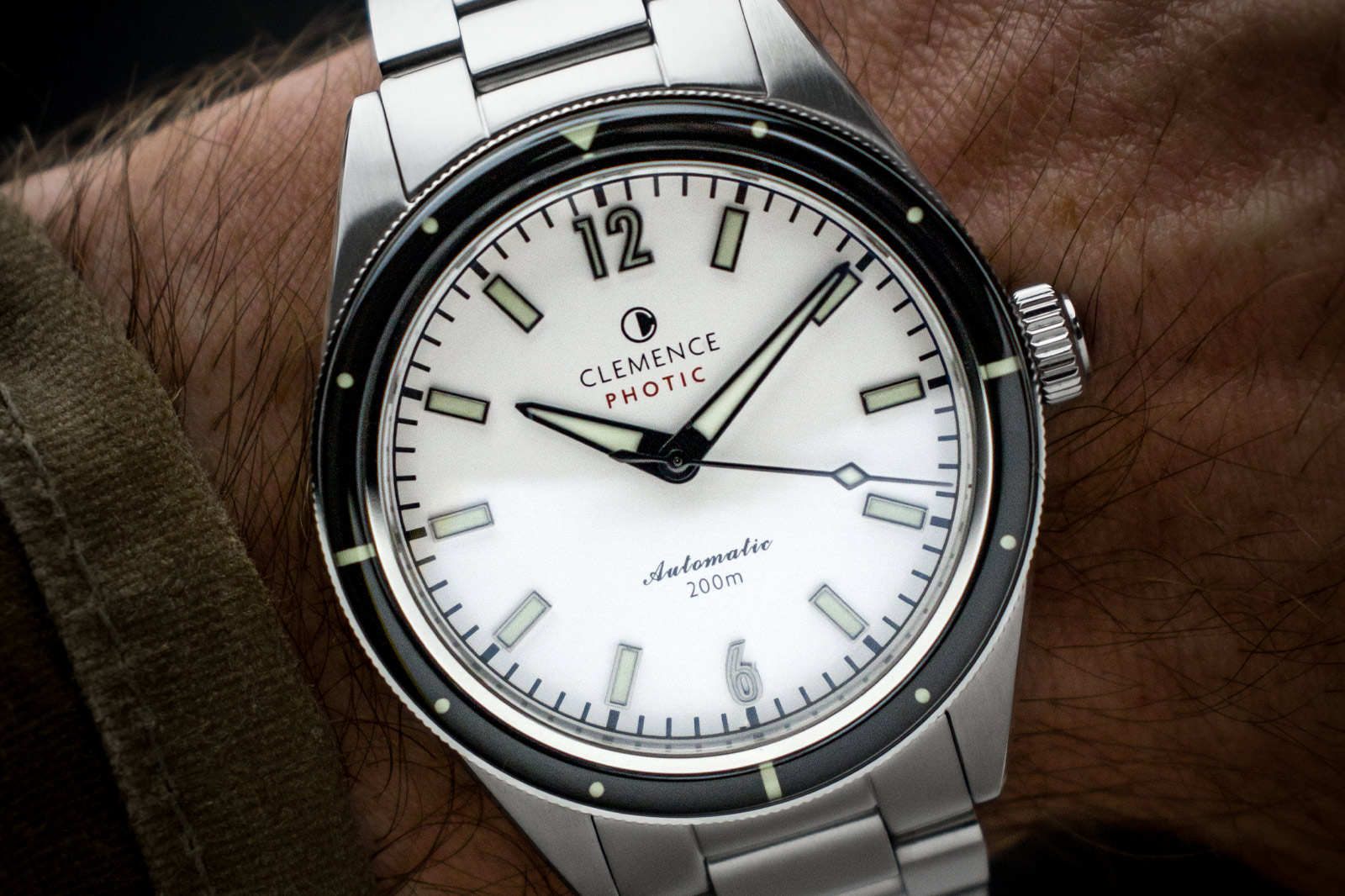 Inside, all five of the new editions house the Miyota 9039 automatic calibre. However, not all five of the calibres are equal. For the Orca White and Nemo Orange, Horologium have stepped in to give the movements a spruce up, regulating them to -2/+3 seconds per day in four positions.

The three regular versions of the Clemence Photic Diver retain Miyota’s factory setting -10/+30 seconds per day. We’re used to seeing collaborations that are purely cosmetic so this feels genuinely special. 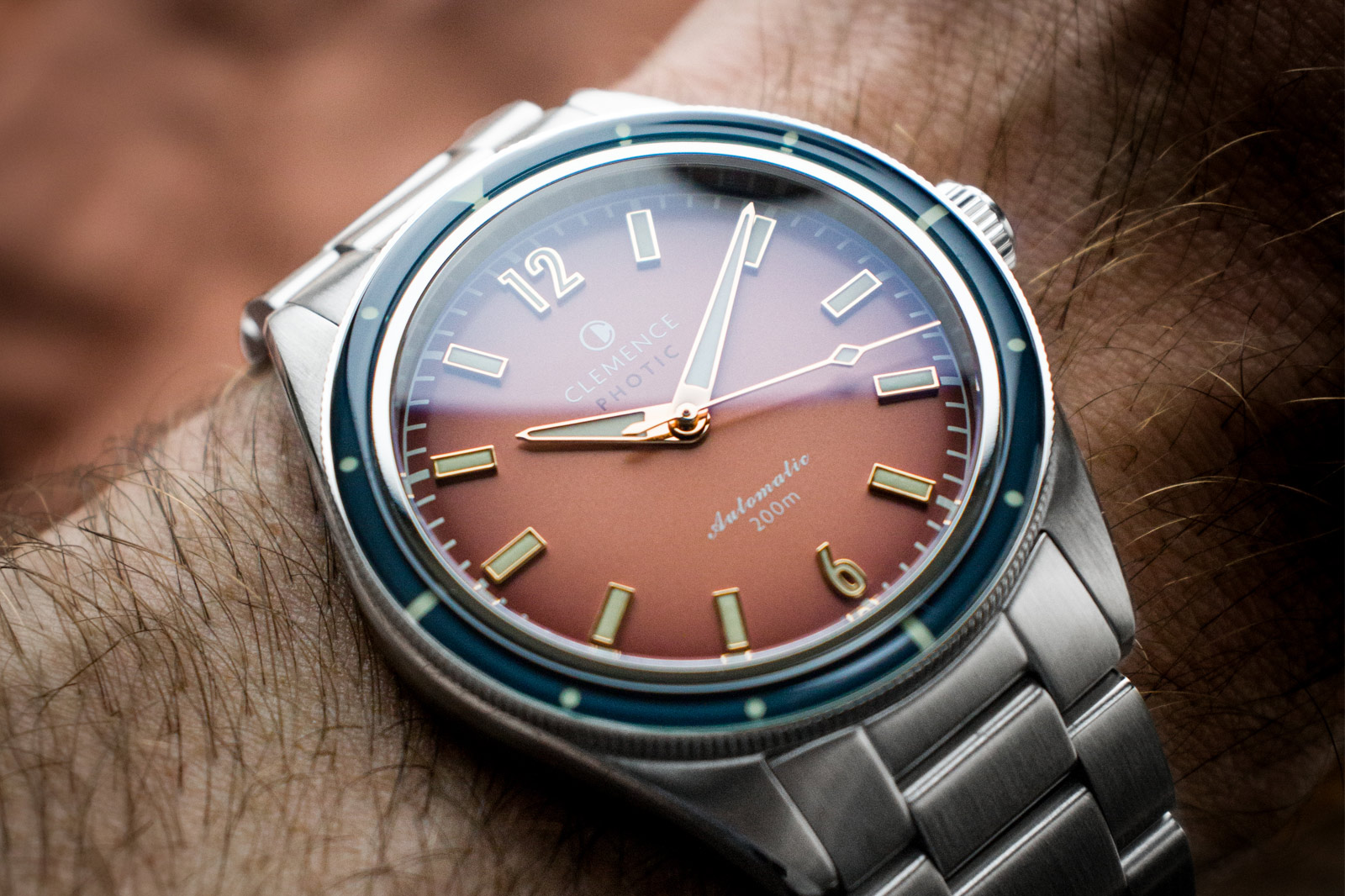 Prices start from £449, which is eminently accessible. As with many independent brands, the new Photic Diver collection is likely to sell out quickly due to limited production runs, so act fast if you want one.